You are here:
Home / Cult Of The Lamb: How To Complete The Beasts Below The Waves Quest

Cult Of The Lamb: How To Complete The Beasts Below The Waves Quest

Cult Of The Lamb asks a lot of you – clean poop, feed your followers, perform horrific acts of human(?) sacrifice. It’s not easy being the leader of a cult after all. But in addition to your everyday wanderings and ponderings, you are occasionally tasked with doing some sort of task. These come in the form of quests, and there are plenty to find and do.

One of the earliest quests in the game is the Beasts Below The Waves quest. This quest tasks you with finding a bunch of rare fish, and in return, you will be bestowed with a new vendor and incredible power. It seems like a pretty awesome deal, the catch (pun intended) being these fish are pretty hard to find naturally.

How To Start The Beasts Below The Waves 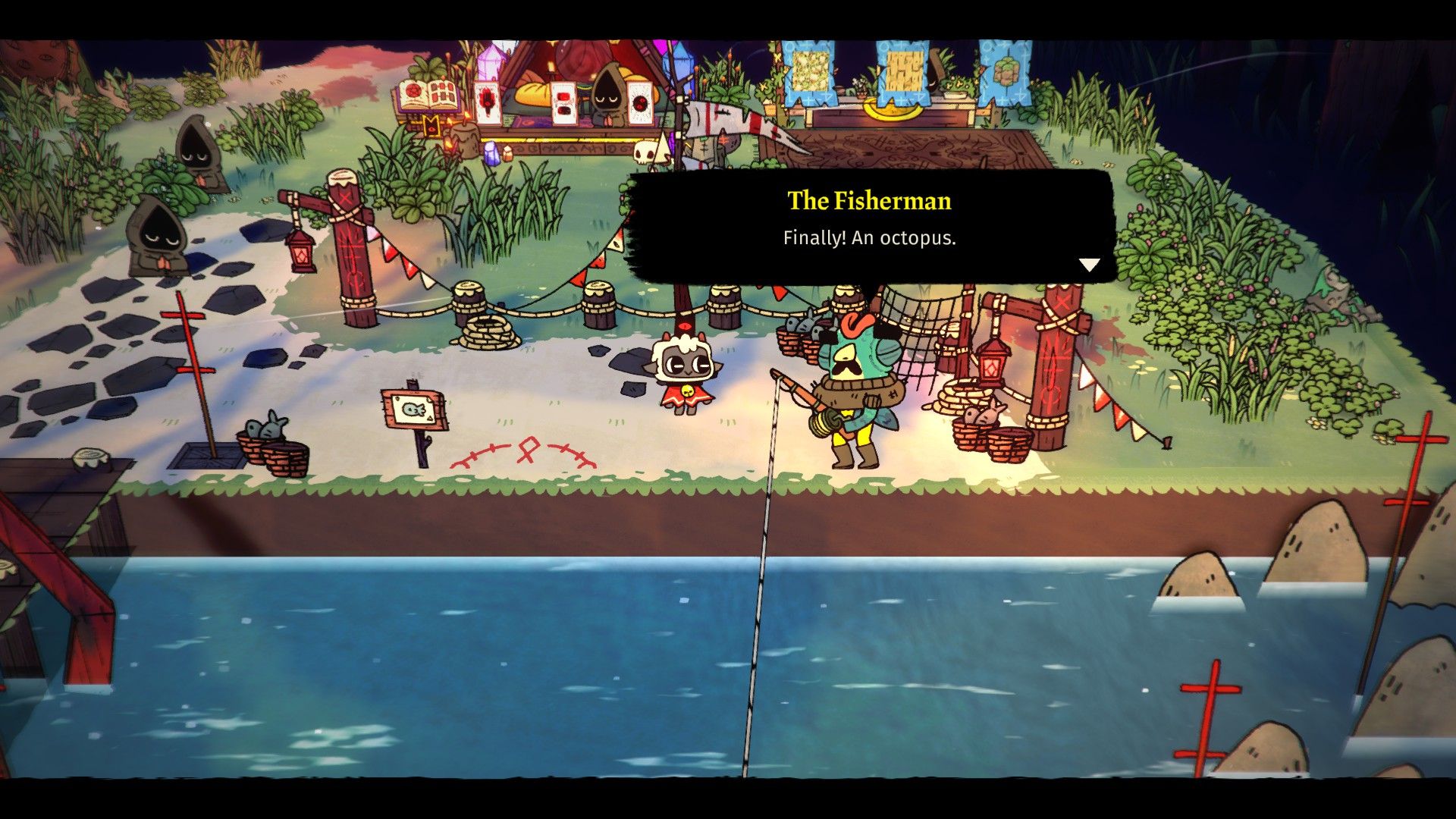 In order to start this quest, you need to do a couple of things. Firstly, you need to have progressed through Darkwood enough to unlock Pilgrim's Passage. This will happen when you talk to The Fisherman in Darkwood, and he will give you directions to your brand-spanking new fishing spot.

Go to Pilgrim's Passage, speak to The Fisherman, and he will give you the quest. You are tasked with collecting:

How To Complete The Beasts Below The Waves 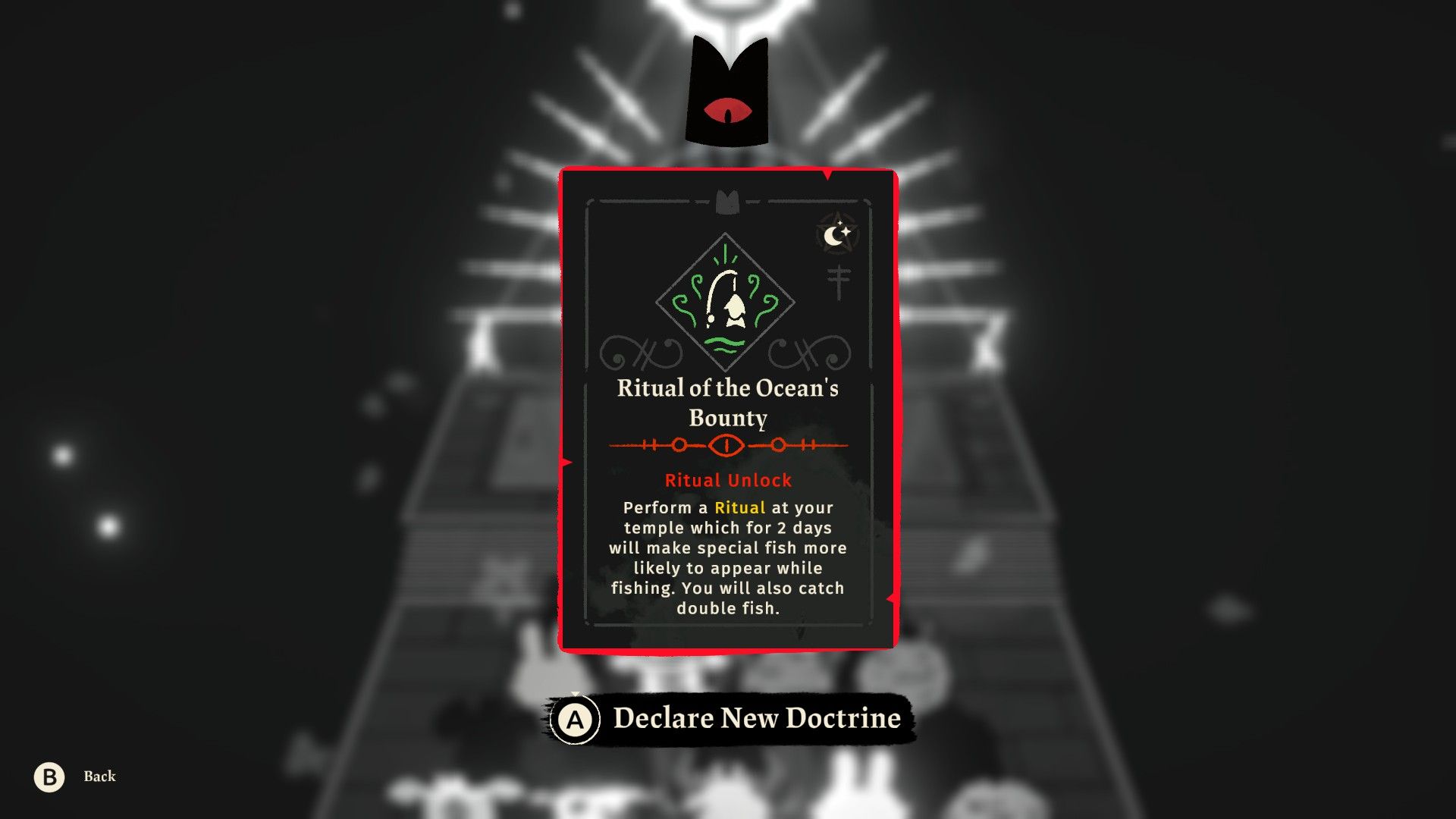 This quest will either be incredibly difficult to complete or incredibly easy depending on how far along you are with your cult. You have three main ways of completing this quest, and these methods are not created equal.

This is the obvious one. Go to Pilgrim's Passage every day (or night) and fish. The fish you need to catch are rare, however, so it is very unlikely you will catch all four required fish in a single trip. Of all the fish on your list, however, the Octopus was the easiest to find. In fact, we found 10 octopuses before we found any other fish using this method.

We have seen reports that some fish are easier to catch at night, however, we were unable to confirm this.

You can unlock a Tarot Card that allows you to collect fish from fallen enemies. The drop chance is not exactly high, and the rarity of the fish is as random as fishing, however, it means you can passively gain these rare fish as you play through the game’s main story. This is significantly better than fishing, but it is still nowhere near as good as option number three.

This is by far the best option for completing this quest, but it will cost you some resources to pull off. Of course, we are talking about performing a Ritual. There is a ritual called Ritual Of The Ocean’s Bounty which is unlocked once you level up your Crown to Sustenance Level Three.

This Ritual is incredibly powerful as it doubles the amount of fish when fishing, but it also drastically increases the spawn rate of rare fish. To put into perspective how good this ritual is, we got every fish on this list multiple times in a single night's worth of fishing. Considering this Ritual lasts two full days, there is next to no chance you will fail to complete this quest.

To conduct the Ritual, it costs 75 Bones, however, with the right Divine Intervention, you can drop that down to 37 Bones, which is an absolute steal.

Reward For Completing The Beasts Below The Waves 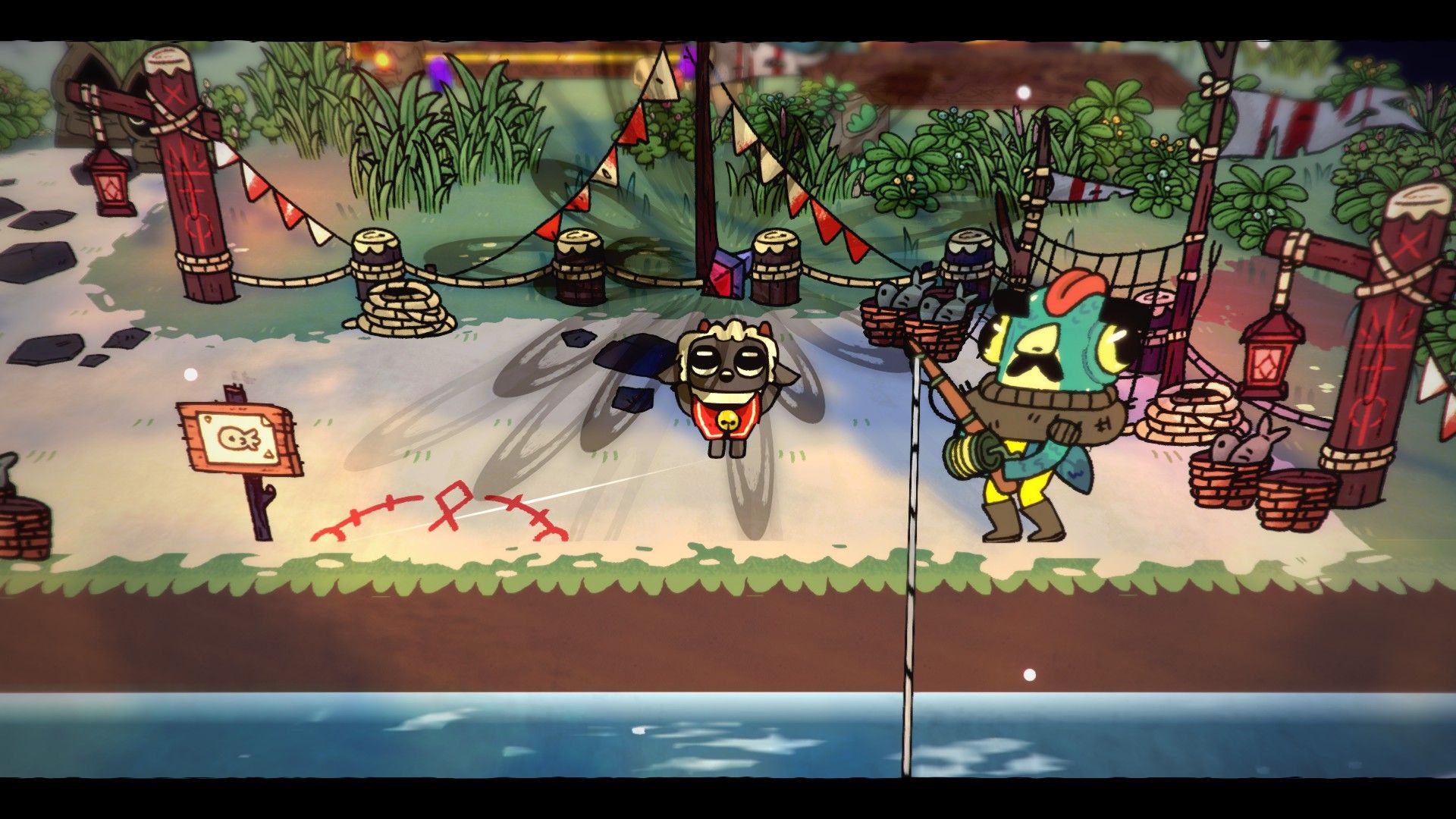 So, what’s your reward for completing this potentially time-consuming quest? Firstly, you will receive a Holy Talisman when you hand in all four fish. This is an incredibly powerful, and valuable, resource used to unlock new Fleeces. Fleeces can radically change how you play the game when on Crusades, so this is a big deal.

On top of that, The Fisherman will now sell you rare fish at a shockingly low price (in some cases). The fish he sells are:

Each fish will set you back 10 gold. Considering Octopus, Squid, and Lobster can be sold at Camp for more than that, you have a reliable way to make a small profit every day.