You are here:
Home / Criterion pulled off Need For Speed to work on Battlefield 6

Criterion pulled off Need For Speed to work on Battlefield 6 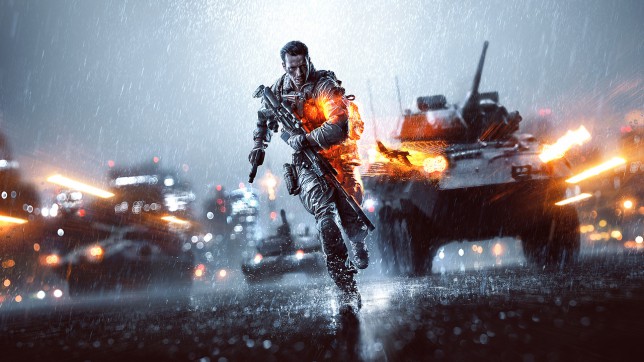 EA are going all in on Battlefield 6 this year, even going as far as to push back the new Need For Speed so Criterion can help out.

Go back a decade and Battlefield was poised to take over from Call Of Duty as the world’s favourite military first person shooter. But a bug-filled launch, which left the game almost unplayable for months (and you thought that was a modern trend), saw Battlefield 4 flub its big chance and the series has been in decline ever since.

Given how resurgent Call Of Duty has been in the last few years, and how irrelevant Battlefield 5 quickly became, you could easily understand EA just throwing in the towel but they’re doing the opposite.

Although the new Battlefield still doesn’t even have a name EA has confirmed it’ll be out this Christmas and that it’s already ahead of schedule, and yet they’ve still delayed the new Need For Speed in order to have developer Criterion help out on it.

Need For Speed is in arguably an even worse place than Battlefield at the moment, to the point where it’s genuinely surprising that EA are giving it another go. Although the fact that Criterion, makers of Burnout and Need For Speed: Hot Pursuit, was working on the new title is encouraging.

They still will be, but for now Need For Speed’s development has been pushed back from this fiscal year (so somewhere between April 2021 and March 2022) to the next one – meaning it might not be released until 2023.

According to chief studios officer Laura Miele in a new blog, the next Battlefield is, ‘tracking towards the franchise’s earliest alpha, the gameplay is at an unprecedented scale, and we are taking full advantage of the technology in the next-gen consoles.’

Nevertheless, Criterion will be brought in to work alongside DICE and DICE LA to get it finished for this year, which makes plenty of sense as Criterion has worked on both Battlefield and Battlefront before.

You might wonder whether Criterion will ever be allowed to go back to Need For Speed, especially given EA just bought Codemasters, but Miele insists that, ‘We’re going to give Criterion the time to reach the game’s full promise.’

‘Criterion is one of the strongest racing studios in the industry, and the work they have accomplished on the next Need For Speed is truly inspired and will breathe new life into one of our most storied brands’, she adds.

The blog is the same text as sent out to all EA employees this week and acknowledges that, ‘it does take more time to make games from home’.
Even so, Miele claims the company currently has 35 different games in development, many of which are evidently yet to be announced.

Battlefield 6 itself has only been mentioned in the broadest terms and there’s never been any official screenshots, artwork, or videos – just a seconds-long next gen tech demo a year ago.

There have been rumours about Battlefield 6 – very believable ones considering EA got the leaker suspended from Twitter – but they don’t really reveal anything that couldn’t be easily guessed at, just an intention for more destruction effects, a modern setting, and up to 128-player battles.

The biggest revelation so far is a hint from EA that they may be planning a free-to-play equivalent to Warzone, although again it would almost be more surprising if they weren’t.