You are here:
Home / Crisis Core: Final Fantasy 7 Reunion – Where To Find Every Summon

Crisis Core: Final Fantasy 7 Reunion – Where To Find Every Summon

Final Fantasy and summoned monsters have a long and storied history. Ever since the third game, back in 1989, the concept of calling forth great powers, often based upon real-world mythology, has been one of the series' biggest draws. Crisis Core: Final Fantasy 7 Reunion honors this in its own right, tapping into the memorable summon designs of the original FF7 beautifully.

Due to the somewhat strange nature of the game's DMW combat system and mission-based structure, finding every summon can be a uniquely challenging experience. Don't fret: we'll bring you everyone from Tonberry to Bahamut in due time. 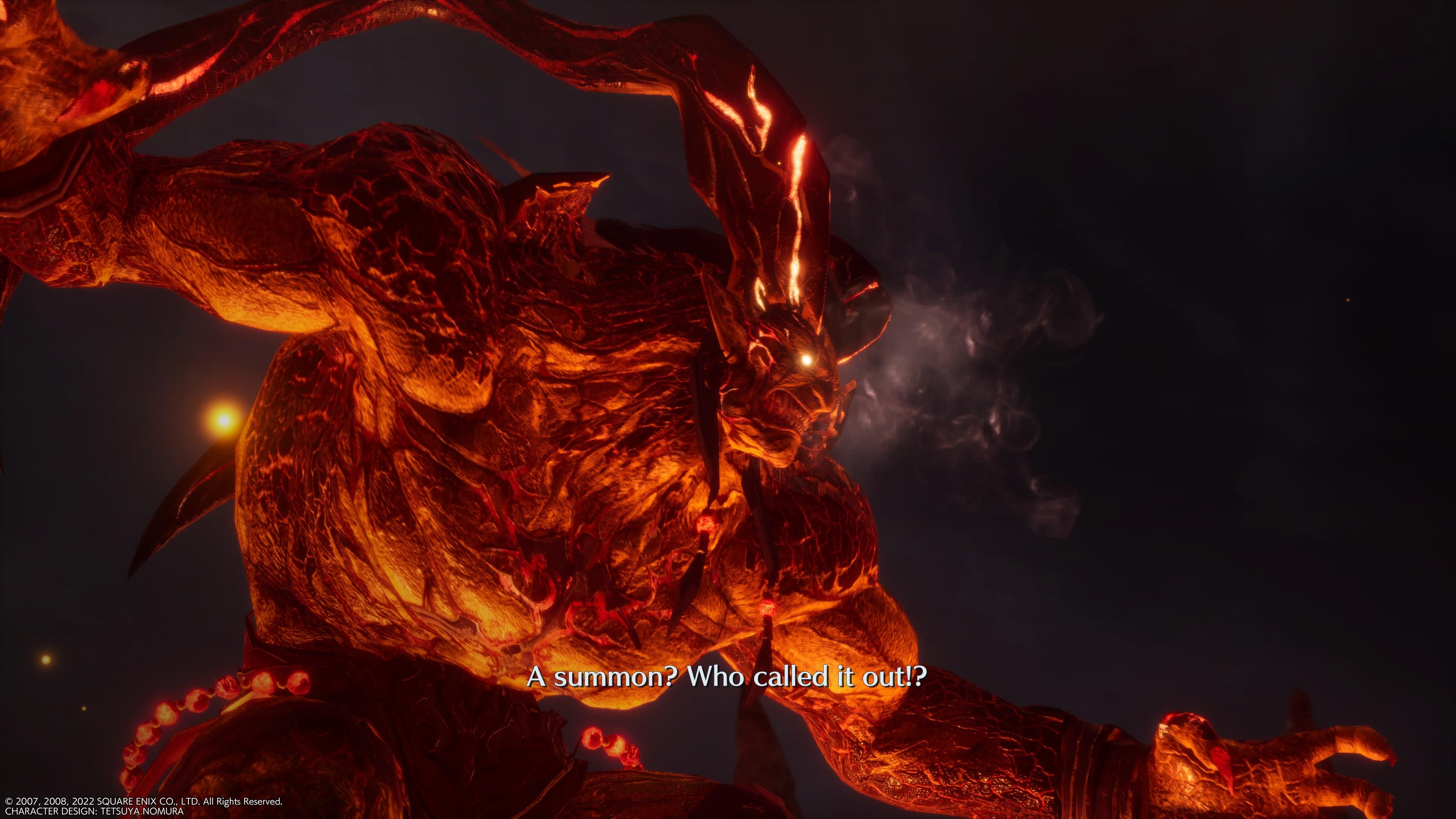 First, let's make an important distinction. There are two forms of summoned monster in Crisis Core: Final Fantasy 7. Boss summons are the ones that are either called upon at one point or another to challenge the player as part of the story, or are, frankly big enough deals that they could have been.

Mascot summons are separately categorized, as they are not fought, nor do they fall under the umbrella of being summonable in most installments (with a few wrinkles like FF8 along the way). The distinction may seem subtle, but the differences in acquisition are telling.

In recent years, Ifrit has become something of a superstar summon in its own right. Final Fantasy 15 placed special importance upon it, and Final Fantasy 16 is taking things even further, with the main character, Clive, essentially playing host to the creature. But Crisis Core hails from a time when Ifrit, while surely special, is more of an early-game appearance.

As such, you'll fight Ifrit at the end of Chapter One. Once it's been defeated, M8-1-1 unlocks as a mission in Chapter Two. Simply rematch the fiery beast and its Materia is yours for the DMW-ing.

Bahamut was the icon among Eikons, if you will, since at least as far back as Final Fantasy 4. The King of Dragons is fought surprisingly early, at the end of Chapter Two. Beating Bahamut unlocks M8-1-3 in Chapter Three, which pits Zack against some Genesis Troops. M8-1-4 is thereafter unlocked, offering the rematch that'll make Bahamut yours.

The Final Fantasy franchise has taken this legendary Norse god and given him his nearly-as-legendary horse, Sleipnir. The scary mounted summon can be acquired by completing M8-1-6, 'Mystery Materia', but only once it's been opened up after you've finished M8-1-5.

The Final Fantasy 7 universe is unique in that it has multiple manifestations of Bahamut. Square sure did love itself some draconian measures back in the late 1990s through the mid-2000s. Bahamut Fury is battled as part of the story at the end of Chapter Four. It's a heck of a fight, but it's not until M8-5-6 that it can be retrieved.

The thing is, M8-5-6 is the last of the Yuffie questline. This is a funny series of missions, to be sure, but it really cranks up the difficulty factor about midway through, and doesn't tap the brakes from there. Don't expect to be ready to unleash your Fury until a good bit into the game.

Phoenix's availability is strictly timed. Rather than being tied to an optional stage, AKA a mission, Phoenix is only obtainable during a fairly brief stretch of Chapter Eight, upon Zack and company's arrival in Nibelheim. There's a kid in town who will tell you all about the Seven Wonders of Nibelheim. Afterward, hike up the well tower — dead-center of town, you can't miss it — and it's yours.

Just don't head to Shinra Manor (once the plot dictates that Zack does so) before snatching this, or it's gone forever. 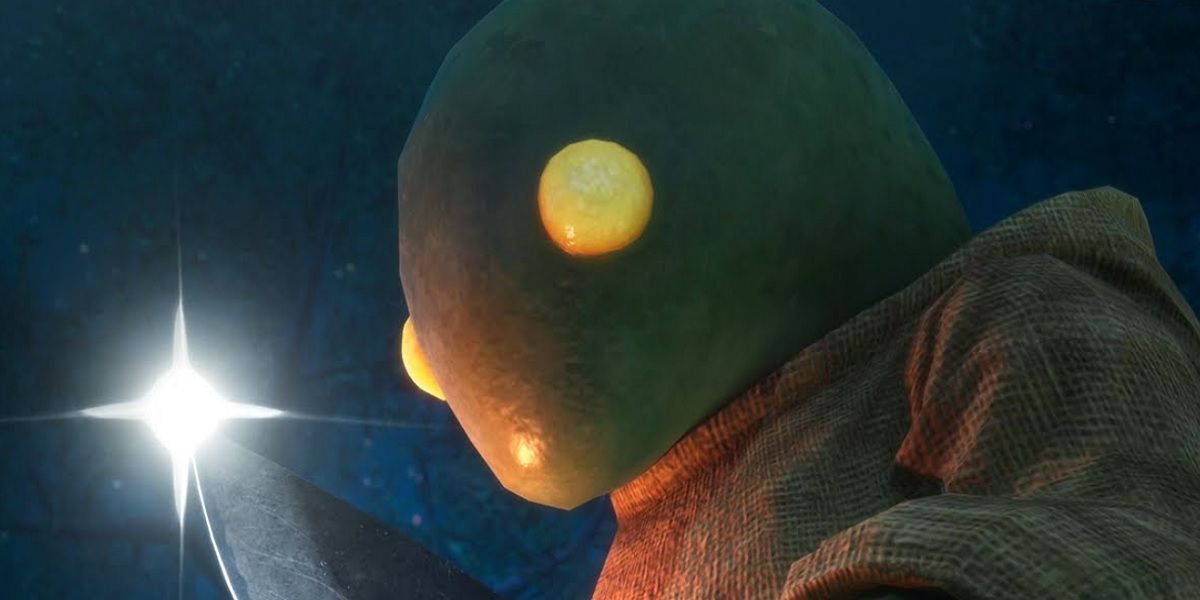 While each of Final Fantasy's summons are arguably mascots in their own right, Crisis Core: Final Fantasy 7 Reunion uses the term for the sorts of either cute-and-cuddly or cute-and-deadly creatures that have also come to define the essence of the series. You won't fight any of these before obtaining them, nor are they common summons in other games.

One of the quirks behind a couple of these mascots is that one must be challenged in a seemingly-unrelated mission before their own string of missions is unlocked, which then leads to the summon's acquisition. In Tonberry's case, seek out the lone Tonberry enemy in M6-1-5, which can be reached through the M6-1 string as early as Chapter Three. These missions aren't too tough, so you might well be able to get to Tonberry this chapter.

With M6-1-5 completed, a set of Tonberry-centric missions unlocks: M10-2. Wrap up this trio and Tonberry joins the DMW.

Cactuar follows suit with Tonberry; the two seem inseperable in some ways, such as Square Enix's Bright Arts line of statues and figurines, which presently consists of… Tonberry and Cactuar. Their strange closeness is obvious in Crisis Core, where you must find the lone Cactuar in M3-1-3.

This opens up the M10-1 series. The reward at the end is, of course, your very own prickly pal.

FF7's quirky, perky ninja Yuffie plays a role in Crisis Core as a nine-year-old kid with some Wutai-saving ambitions (and, as Zack puts it, an ability to suddenly begin crying that's like 'turning on a faucet'). Her missions, which will begin to appear as M8-4-1 around the start of Chapter Three, deliver some fantastic rewards. We already mentioned Odin, but Chocobo and a couple more join the list.

For Chocobo, simply advance through M8-4-1 itself, an easy-as-heck stage that only begins to reveal the usefulness of Yuffie's hijincks.

Long before the mechanical doll becomes a Final Fantasy 7 party member, it's somehow a mascot summon, and it's another Yuffie-relevant reward. Keep at it with her antics until M8-4-3, which is also relatively easy.

The third of Yuffie's mascot unlocks is Moogle, which is added to the neighborhood friendly DMW wheel after M8-4-4. That's three quickly-earned summons. Nice.

The strangest of Crisis Core's mascot summons is surely Magic Pot. You'll have to find it during M10-2-3, the last Tonberry acquisition mission. Scour the map until you do; it appears as part of a random encounter. To obtain Magic Pot, you have to follow its instructions on Materia usage to a tee: Fira, Jump, Assault Rush, Gravity.

Head into M10-2-3 with all four equipped, and you're golden. (Use each spell as requested, of course.)