With Crisis Core: Final Fantasy 7 Reunion having the same combat and Materia system as its initial release sixteen years ago, there are still many excellent combinations you can put together to make devastating builds, allowing you to dominate anyone or anything that gets in your way.

There's nothing quite like hitting your opponent with a well-crafted and throughout build and seeing their health get reduced to dust, queuing the iconic victory music. Due to Crisis Core's lack of party members, Materia combinations such as All + Cure aren't available, but it does open the door for more high-damaging and focused builds. 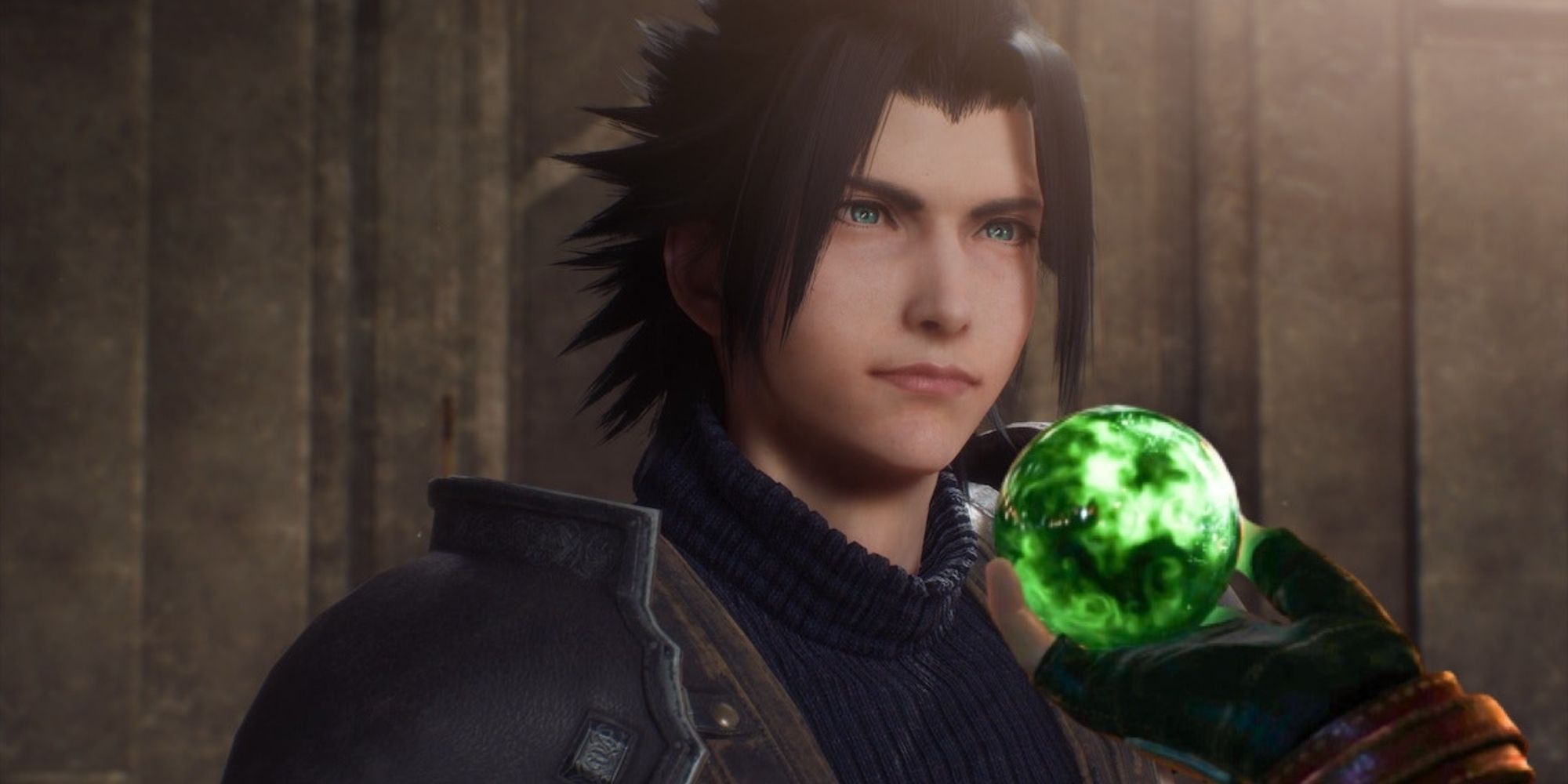 Crisis Core has many powerful Materia for you to obtain and use against your opponent. Still, some Materia is overall better when paired with other Materia or even what gear and Accessories you have equipped, driving home the importance of builds and maintaining them as you press further and further into the game.

While there are undoubtedly more Materia combinations out there, we hand-picked six that are must-haves, especially late in the game when the difficulty gets ramped up quite significantly. You can find all Materia combinations and builds below, their purpose, and how to earn the Materia to replicate it in-game to become an unstoppable force that will make any boss tremble before you!

Dualcast is one of the best overall Materia in the game, as it allows you to cast the same Magical Ability back-to-back. While it's a powerful action on its own, pairing it with a high-damaging Materia such as Quake will completely obliterate all enemies in the arena. However, its only downside is that Quake cannot hit airborne enemies, so you cannot use it in all cases, but it should be fine for the vast majority of your combat encounters.

If you have yet to obtain Quake or are in an area with a higher chance of combatting air-based enemies, then you can replace it with Thundaga, Tri-Fire, Ultima, etc. Additionally, pairing it with a healing Materia will allow you to heal twice in one turn, which may be helpful in specific situations if you have yet to obtain Curaga. Nonetheless, the table below will show you how to get your hands on Dualcast and Quake!

Graviga is a unique and immensely powerful Materia by itself, as it deals 50 percent of your target's health as damage, making it one of the best spells to cast during boss encounters. However, if you want to turn things up a notch quite drastically, pairing it with the SP Turbo Magic Materia and the Brutal Accessory will turn Graviga into a one-hit-kill machine. And, no, we are not joking.

The Brutal Accessory makes it so that the maximum damage you can unleash on an enemy is set to 99,999, and the SP Turbo Magic Materia essentially drastically increases the capabilities of Graviga, allowing it to deal 99,999 multiple times, which is more than enough for a majority of the combat encounters in the game. Additionally, you can also pair Brutal Punch with the Brutal Accessory and get similar results, which is an excellent alternative for specific boss encounters or if you have yet to obtain Graviga or SP Turbo Magic. Like before, the table below will show you how to get Graviga, SP Turbo Magic, and Brutal!

Ultima is one of the strongest non-elemental Materia in the game due to its ability to target all enemies on the screen and unleash massive damage on them. However, it has one downside: it takes forever to cast, making it a risky move to pull off as it can lead to being interrupted in the process. But there is a way around this slight annoyance.

Equipping Accessories with the Endure Stat is the solution to your problems and will make Ultima the ultimate Materia it's supposed to be once more. Having lots of Endure will make it near impossible for your attacks to get interrupted, allowing you to withstand incoming attacks without batting an eye, making it so you can cast Ultima without having to worry about wasting it or getting lit up in the process. You can find where to get the Ultima Materia and the best Endure Accessories in the table below!

Status Ward is an exceptional Support Materia, as it protects you from all Status Effects that you can afflict on opponents with your currently equipped Materia. This means that, for example, if you were to have the Death Materia equipped alongside Status Ward, the Death Status Effect could never be applied to you in battle.

So, to get the most out of Status Ward, we suggest pairing it with Materia that can deal several Status Effects at once on your opponent, such as Hell Thundaga, which can inflict Death, Poison, Silence, and Stop, making you immune to all of those effects. Not only is this an excellent way to use your Materia, but it will also free up some of your Accessory slots, allowing you to bypass the need to use Ribbon or Super Ribbon to negate Status Effects. The table below will show you where you can obtain Status Ward as well as Hell Blizaga, Hell Firaga, and Hell Thundaga!

Are you looking to level up some of your Materia quickly? If so, the Lucky Stars and Moogle Power Materia will help you achieve your goal. The Lucky Stars Materia provides you with a greater chance of rolling Cissnei with your DMW, which grants you Critical Attacks and raises your Limit Gauge's Level.

The Moogle Power Materia, on the other hand, makes it so that you have a significantly better chance at rolling the Moogle on the DMW wheel, which will raise all equipped Materia up by the current level of Moogle Power (+1 > +5) and applies the Regen Status Effect on Zack.

Having both Lucky Stars and Moogle Power will give you much greater opportunities to swiftly level your Materia during missions and boss encounters, which will be extremely useful for late-game content. You can learn how to snag both Materia in the table below!

Gil Toss is undoubtedly one of the best Materia in Crisis Core, but it comes at a cost. Literally. While it deals excessive amounts of damage, you will need LOTS of Gil to use it, making it a late-game action, as you will more than likely have everything you need leveled up and will be accumulating Gil by completing missions and defeating enemies. But there's also another way to obtain large sums of Gil that will come in handy in the latter portions of the game.

Using Mug to snatch items from enemies to flip them at shops is one of the most overlooked methods of obtaining Gil in Crisis Core and should be taken advantage of any chance you get. Not only can you snag Consumables from enemies, but you can also steal valuable Materia from them as well, allowing you to either combine it with another Materia to create a new one or sell it to a vendor to make quick and reasonable cash, which you can then hurl at enemies until they die. The methods of obtaining Mug and Gil Toss can be found below!