You are here:
Home / Cris Tales review – the past and future of JRPGs

Cris Tales review – the past and future of JRPGs 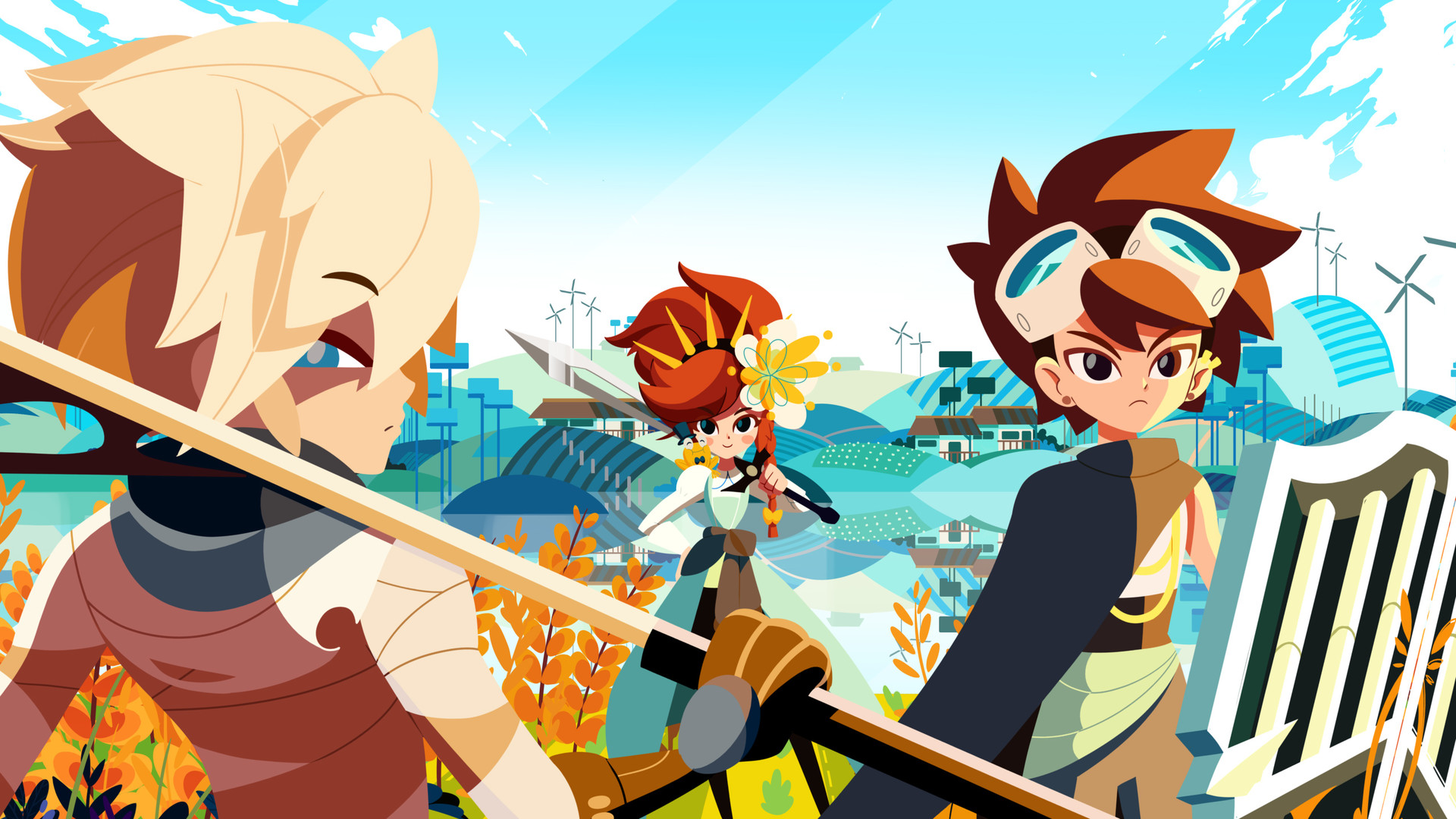 This indie homage to Japanese role-playing games has some of the best visuals of the year and a clever twist on time travel powers.

There is a debate amongst role-playing fans that questions whether the term Japanese role-playing game (JRPG) is merely an indication of the game’s country of origin or a sub-genre in itself. Not that it particularly matters but our position has always been that it’s a genre. For example, South Park: The Stick Of Truth, by Californian developer Obsidian Entertainment, is clearly a JRPG and so is indie title CrossCode – which is a better Secret Of Mana sequel than anything Square Enix has made in decades.

There are few examples of Japanese-made games mimicking Western style role-players (Dragon’s Dogma is perhaps the only high profile example) but there’s no doubting that Cris Tales is a JRPG – even though it was made in Columbia.

What’s interesting about Cris Tales is that it takes obvious influence from 16-bit classics like Chrono Trigger and Final Fantasy 6 but also more recent games, such as the modern Persona titles. But while Cris Tales is a loving homage to both specific games and the genre as a whole it also has a very distinctive style of its own, in terms of its beautiful artwork and some clever time manipulation abilities.

One area Cris Tales is perhaps a little too old school is the storytelling, with orphan Crisbell turning out to be your typical chosen one who in this case suddenly discovers she has the ability to control time, after which she almost immediately falls into conflict with the Empress Of Time. The plot is nonsense, but the storytelling details are made more interesting given Crisbell’s focus is always on helping ordinary people, rather than kings and queens, with your gameplay choices determining exactly how that aid is rendered.

The 2D combat is turn-based, but it also incorporates some Paper Mario style timing elements, where you perform additional attacks, or block more damage, if you press the button at just the right time. As you’d expect, there are combo attacks between allies to be unlocked and elemental vulnerabilities to worry about, but Crisbell’s powers also add a unique aspect to the combat in that she can send enemies backwards or forwards in time.

We’re not sure about the ethical implications of transforming an enemy into a youngling or OAP, so that they’ll be easy to fight, but the time travel aspect can throw up some very clever twists, such as hitting a metallic enemy with a water attack and then sending them forward in time to when it’s caused them to rust. The same powers are also used to enhance your allies’ attacks, meaning that combat against more powerful enemies is never as straightforward as just hitting them with a sword.

Outside of combat, Crisbell’s powers are used to travel into the past or future, essentially creating a branching narrative based on which you choose. The difference this makes to the story doesn’t seem to be quite as extreme as it should be but just wandering around town you’re able to see the past and future of even minor characters as you pass them by.

Like the combat, everything to the left of you is in the past and everything to the right is in the future, allowing you to see someone’s entire life story play out in just a few seconds. You’ll notice many people do not have a set destiny though, as their future self fades in and out like Back to the Future – which is the game’s way of showing that you can intervene on their behalf.

While Cris Tales avoids many of the pitfalls that other homages have fallen into it does falter when it comes to the issue of grinding and random battles. Both are present and they’re just as frustrating and tiresome as usual. It’s true they are a part of the genre’s history but random battles, in particular, no longer have any business being in a modern game and between them and the peculiar lack of autosave there are parts of Cris Tales that seems specifically designed to frustrate you – as if that was a necessary part of an authentic JRPG experience.

Arguably it is but Cris Tales would’ve been a lot better off without it. It could also do with more enemies, as while technically there’s just as many as the average game, if you count all the different time zone versions of the various monsters, the random battles makes it feel like you’re just fighting the same handful again and again.

There’s also an issue with side quests, as while the time travel elements are all very clever the mission design quickly gets repetitive. This in turn highlights the fact that there are few real puzzles in the game, despite the obvious potential presented by the time powers.

Cris Tales might be a homage to Japanese role-playing games but the Columbian origins of the developer are very obvious in the style of architecture used and the wonderfully distinct artwork. The animation is surprisingly good too, which makes you wonder exactly what kind of budget was at work here as the game is also fully voice-acted – which is something even many commercially released Japanese games don’t manage.

It’s very clear that Cris Tales has been a labour of love and if you share anything like the same affection for the genre as developers Dreams Uncorporated and SYCK then it’s almost impossible not to enjoy the game’s clever mix of the new and the familiar. There are some elements of the old 16-bit games we wish they hadn’t included but Cris Tales is ambitious enough that it’s not just a slavish copy of what already exists, and even with its flaws this is still one of the best JRPGs of recent years.

In Short: A loving tribute to the past and present of Japanese role-players, with some impressively clever time travel powers and gorgeous artwork – although it’s a shame about the random battles.

Pros: The time travel mechanics are clever and unique, especially in the way they’re used in both combat and exploration. Beautiful artwork and animation, with a great soundtrack.

Cons: The random battles and level grinding only serve to highlight the lack of variety in enemies and side quests. Few real puzzles and no autosave.