With Crisis Core: Final Fantasy 7 Reunion and the remarkable Final Fantasy 7 Remake released, it's hard not to fall in love with the respective protagonists of each game all over again. Despite the reception of the original release of Crisis Core back in 2007, Zack Fair is still beloved by many.

In Cloud Strife's case, he comes from one of the highest-regarded JRPGs of all time and is essentially an icon for the entire genre. But popularity aside, these characters both have deep and fascinating backstories and travel similar paths of loss, despair, and vengeance. So pitting them against each just seemed right. 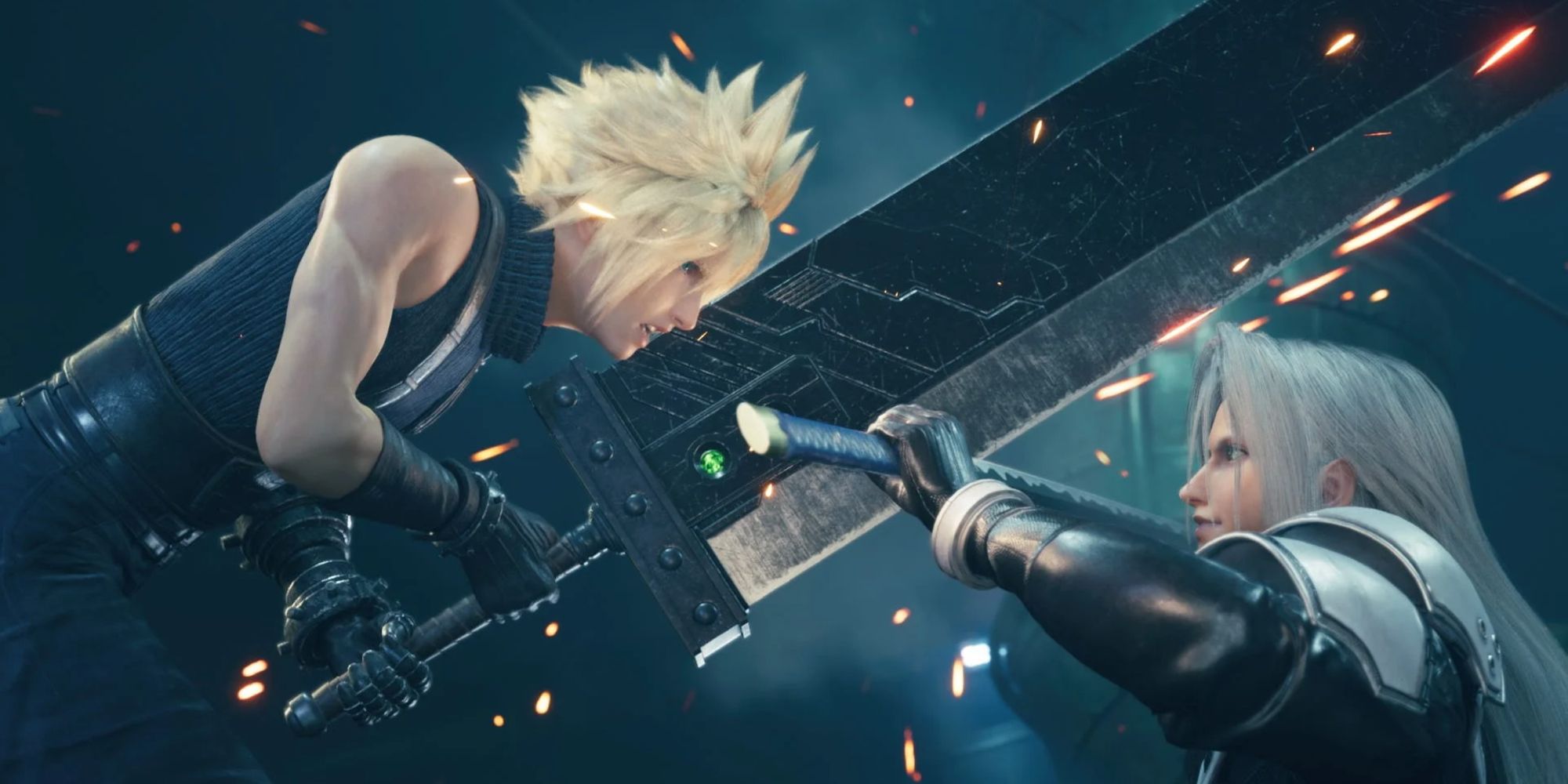 Before the final stretch of Crisis Core, Zack would have won this category by a landslide, as he became SOLDIER First Class and was trained by one of the three most notable member SOLDIER First Class members, Angeal. Cloud was simply not cut out to become a SOLDIER and was only a Shinra Trooper until he was thrown into a chamber of Mako and experimented on by Shrinra during the events of Nibelheim.

After the events of Nibelheim transpired and Cloud recovered from a severe case of Mako Poisoning, he showcases unrivaled strength, intuition, and overall skill throughout Final Fantasy 7. While Zack was strong enough to take down Genesis and Angeal, he could never make Sephiroth break a sweat, whereas Cloud has killed Sephiroth, what, three times now, and even injured Jenova? Cloud wins, but only thanks to Hojo's experimentations. 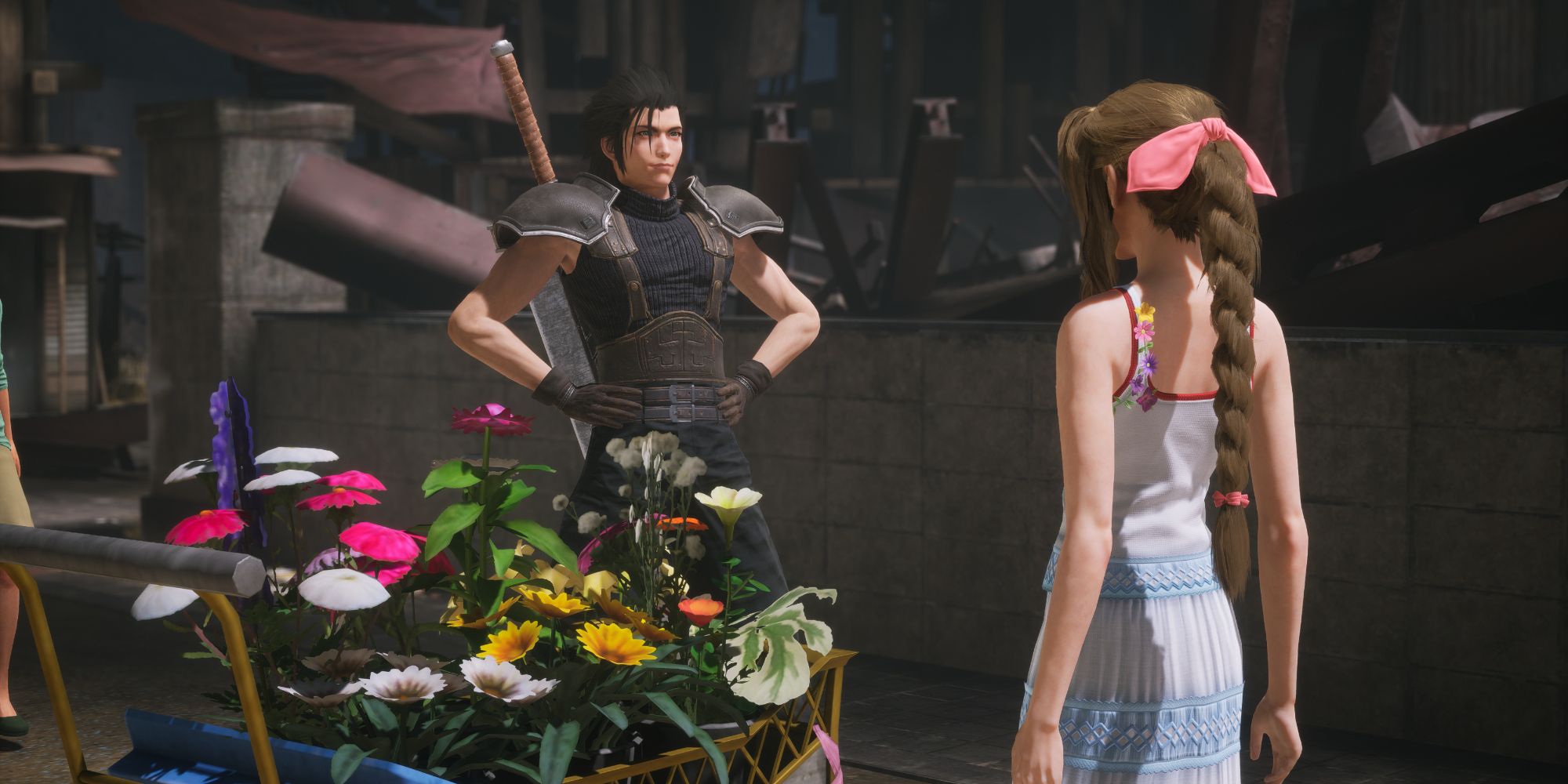 Watching Cloud grow as a character after the trauma he endured through Crisis Core, being exposed to severe and critical amounts of Mako, witnessing his best friend pass away, and being experimented on really took its toll on him. Cloud comes across as emotionless, rude, and like a hardass, which can be a turnoff for many people. However, Cloud is a very complex, kind-hearted, and brave individual, but it takes quite some time to see that side of him. As Wedge once said to his cats regarding Cloud, "Deep down, he's a big softie." And he's right. You just have to work hard for him to show it.

This is where Zack Fair shines brightest. His personality is bubbly, high-spirited, and an absolute night-and-day difference compared to Cloud's. Zack's commentary on the bizarre things unfolding around him is hilarious, and the deep, intimate moments between him and Aerith will melt your heart. Zack cares about everyone and has a strong love for all the people around him, and he wears that on his sleeve and radiates it out into the world. While Cloud has a similar personality somewhere deep within him, Zack takes this category due to his outwardness and willingness to help and connect with those around him. 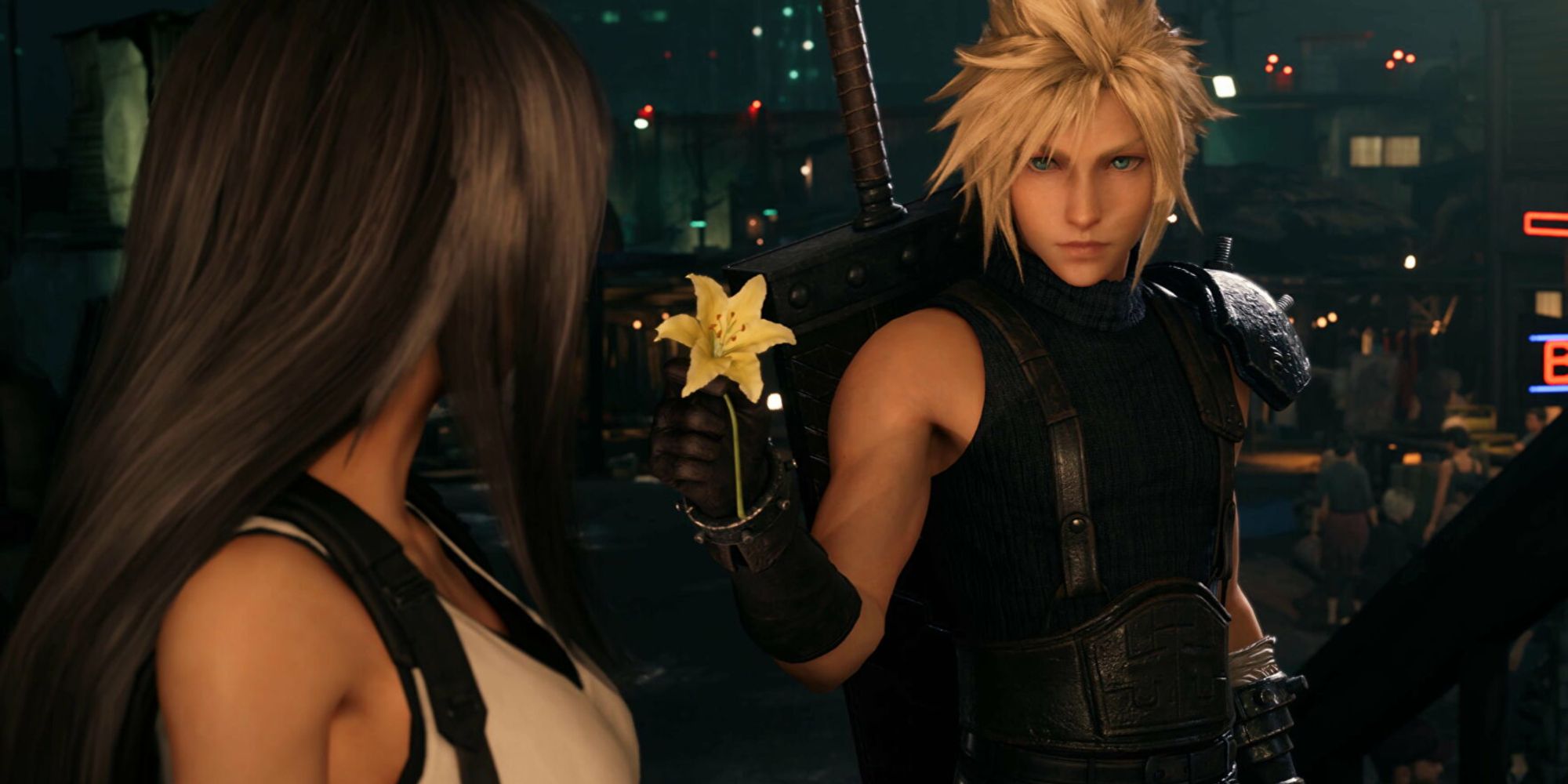 Despite Cloud trying to embody Zack's life, spirit, and personality, he fails miserably, coming away as a seemingly harsh, edgy jerk who only wants to take Sephiroth down and could carelessly save others. But that's also what makes him such a remarkable character, especially when big revelations happen in the original Final Fantasy. You get to witness Cloud grow as a character time and time again and see him become more comfortable in his own skin and melt that hard exterior of his.

Zack is a loveable goofball to a detriment. We love him with all our hearts, but he has very little room to grow and remains the happy-go-lucky SOLDIER who wants to be a hero to the bitter end. Of course, several crucial moments in Crisis Core shine a light on Zack's depth, but it's never really explored as thoroughly as you'd like, making Zack lag a bit behind Cloud in this regard. He's still a fantastic character overall, but Cloud is much more fascinating, and watching his story unfold is truly special and will engage you from start to finish. 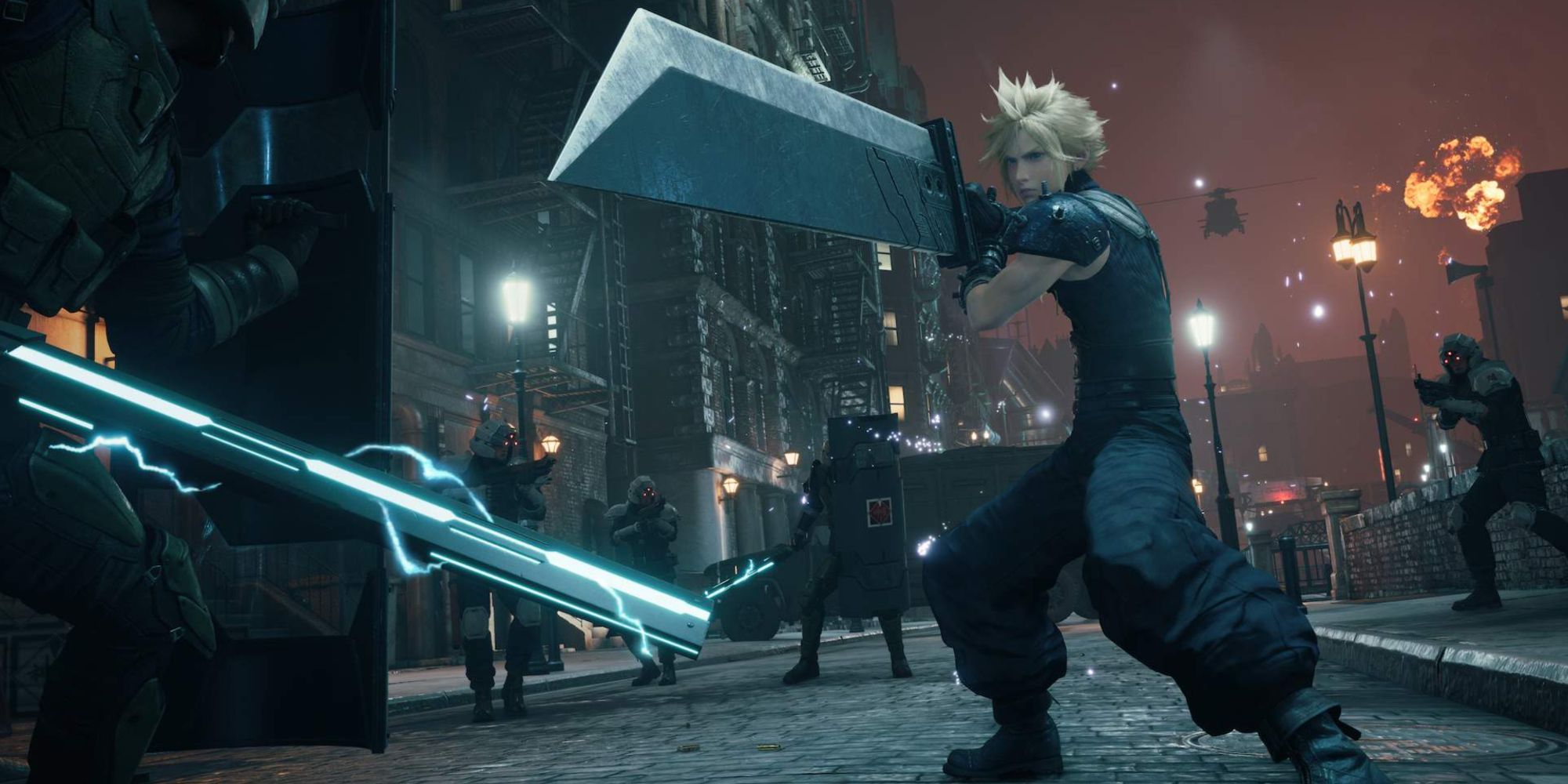 Crisis Core Reunion is leaps and bounds better than its original version, but the herculean effort that was put behind Final Fantasy 7 Remake is unmatched. Cloud's games are just better overall than Zack's, offering better gameplay, exploration, quests, and boss encounters. Not to mention he actually has parties. However, Reunion does make Crisis Core a blast to play and keeps Zack in the conversation. 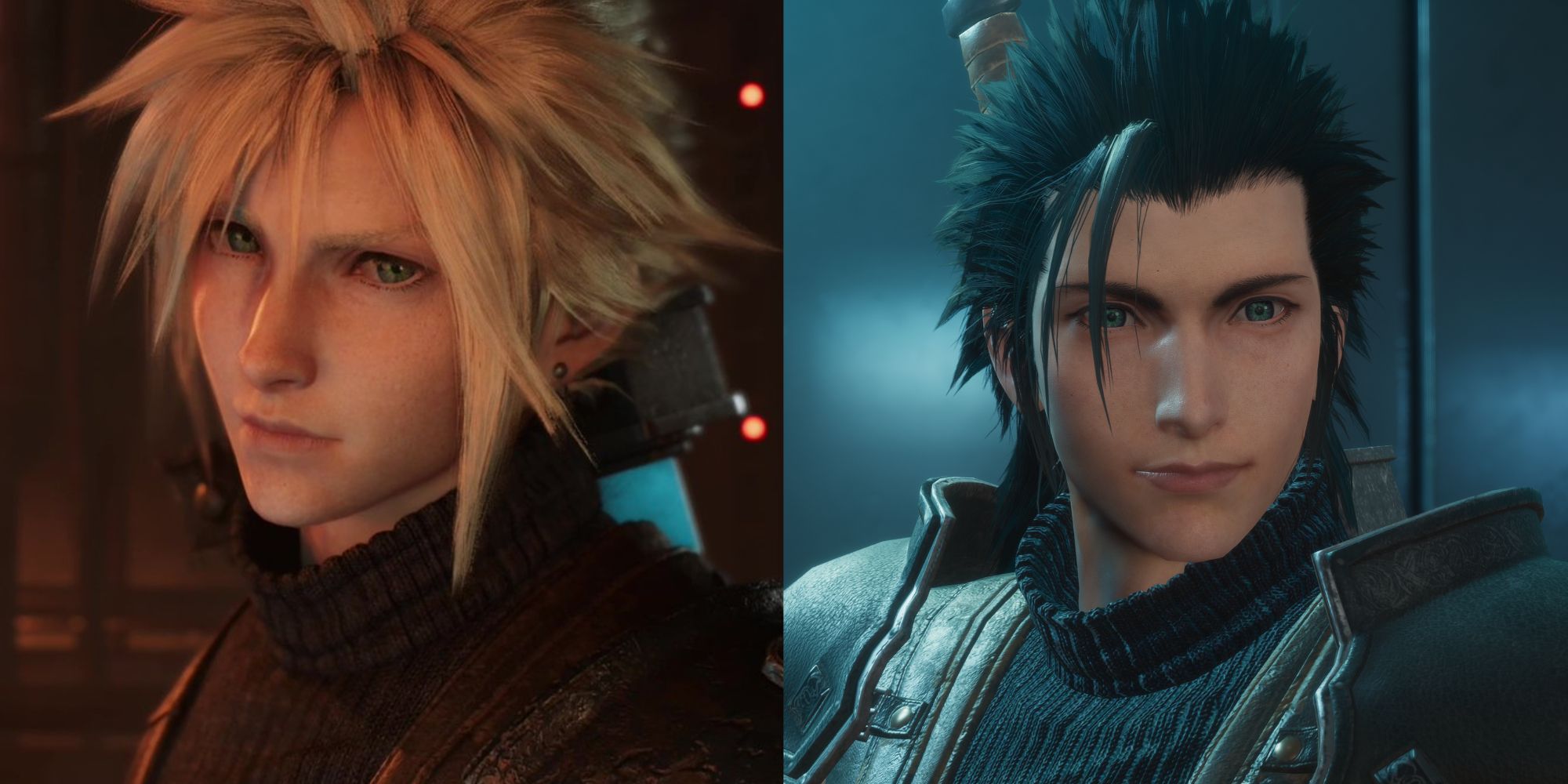 You can't bring up the debate of the ages without tossing their appearances into the mix, can you? Both dress the same, wield the same sword, and even have similar hair. And both are attractive as hell, almost to a distracting degree. Although, despite their striking similarities, they are obviously very different people that look different than one another.

Cloud consistently gets complimented throughout Final Fantasy 7 Remake by NPCs passing by, from Aerith, Tifa's landlord Marle, Jessie, and even Don Corneo if you play your cards right. However, his cold demeanor and stiff body language can sometimes be a bit jarring. Zack, on the other hand, is also constantly getting flirted with by the Shinra HQ Receptionist, the Turks' very own Cissnei, and ultimately ends up in a relationship with Aerith. There's also a fan club for Zack. Unlike Cloud, however, Zack is warm and welcoming and seems like the kind of person you can quickly get along with, no matter who you are or the situation.

Ultimately, both Cloud and Zack check all the boxes, leaving this result as a draw. Is it a cop-out? Absolutely, but both have it all. And there's no denying that. Both are easy on the eyes and have kind, gentle hearts, even if one of them decides to conceal their feelings behind a thick wall of ice. 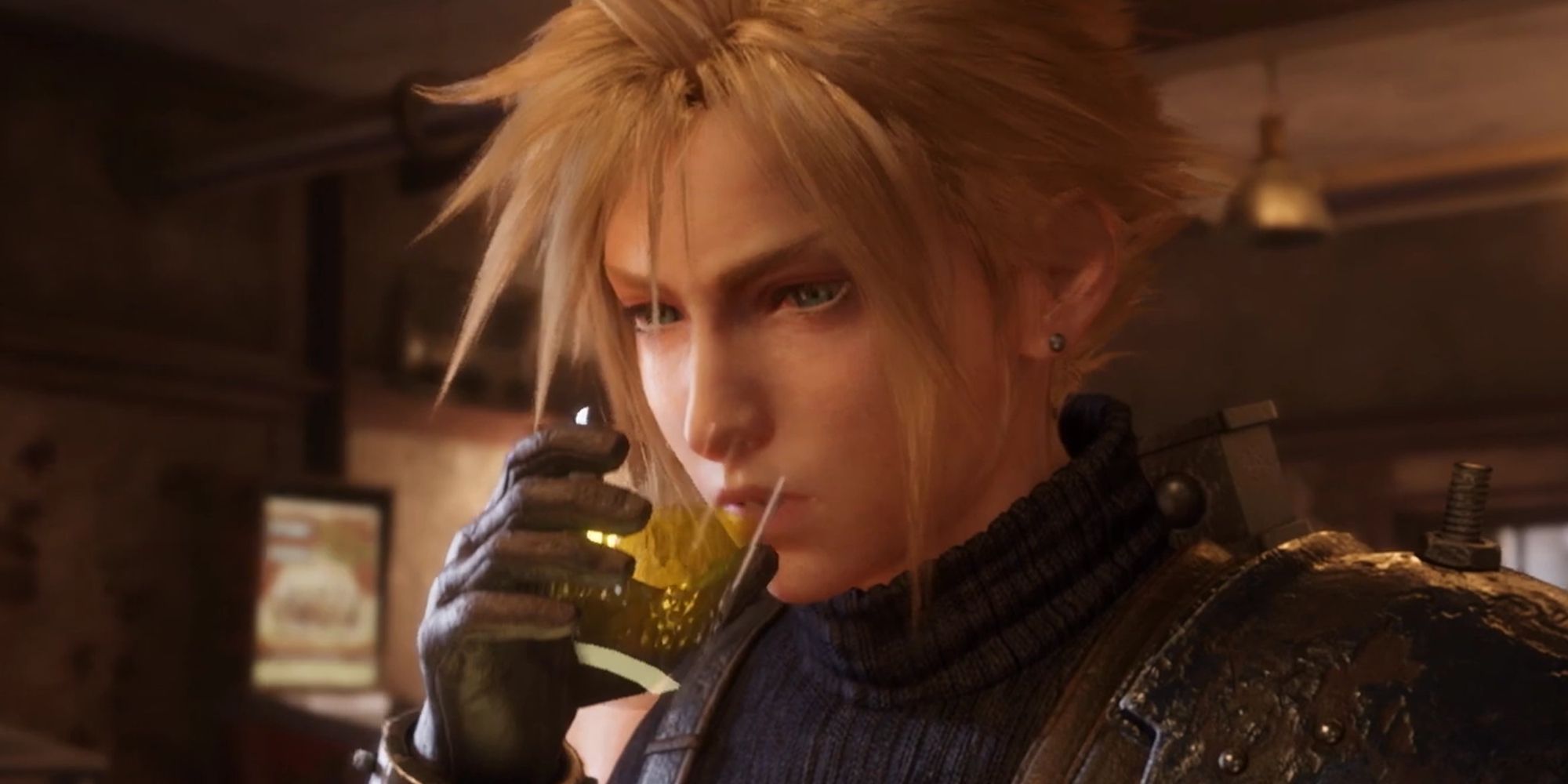 So, who is the better protagonist in the Final Fantasy 7 series? It's Cloud Strife by a considerable amount. Zack is an excellent character that is fun, charming, and immensely strong, allowing you to vibe with him from the very beginning of Crisis Core all the way to the credits. Cloud may be the polar opposite of Zack personality-wise, but he makes up for it with deep development and growth.

Oddly enough, Cloud is more relatable than Zack. How he acts may be a bit rude and harsh at times, but you know he's always trying to do the right thing and loves everyone around him. He just has difficulty showing it due to years of trauma and Shinra experiments. Cloud is a character handled with so much care and seeing him rise from a Shinra Trooper with little confidence to the hero he dreamed of being is epic and unforgettable. Both characters are tens in our books, but Cloud is the better protagonist overall.