You are here:
Home / Chrono Trigger: What is Lavos?

Chrono Trigger: What is Lavos?

The 1995 RPG Chrono Trigger has you and your companions traveling through different time periods on your journey to stop the main antagonist, Lavos, from destroying the world. It is a creature shrouded in mystery, as the game reveals little about its origins and motivations.

From the outside, Lavos is encased in a spiky shell, protecting its real form within. As you progress through the game, you’ll discover more about this strange life form and why it came to destroy the planet in 1999 AD. You’ll also build up your strength and skills so that you can be fully prepared to take on this colossal entity after failing to do so on your first attempt in the Kingdom of Zeal. 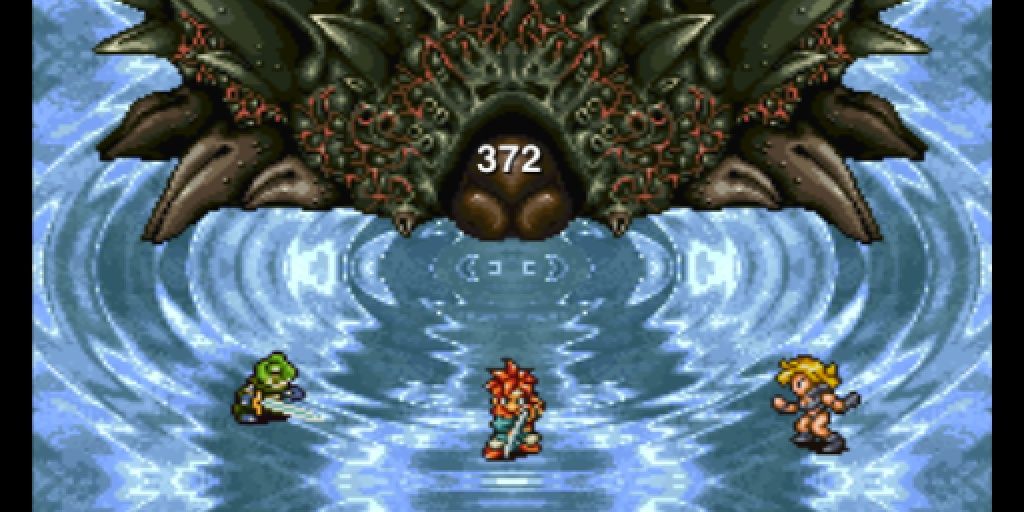 Lavos crashes down to Earth in the year 65,000,000 BC, burying itself under the ground. The fall of Lavos results in the destruction of Tyranno Lair and the Reptite people, as well as ushering in an Ice Age.

This is also the first instance of the word “Lavos” being used. Ayla coins this name using the Iokan words for “big” and “fire”, a reference to how Lavos appeared in the sky, looking like a red star. It’s unknown if Lavos has an original name.

Tempted by Lavos’ power, Queen Zeal uses the Mammon Machine to try to harness Lavos’ energy under the surface by manipulating Schala’s magical abilities. Magus, attempting to rescue Schala, intervenes in the Queen’s plans, resulting in the awakening of Lavos.

Lavos retaliates, beating Magus and killing Crono, then proceeds to use its power to destroy the Ocean Palace and shoot the Kingdom of Zeal out of the sky.

The party battles Magus in the Fiendlord’s Keep, causing Lavos to awaken early and opening a time Gate that transports the party to Prehistory and Magus to Antiquity, causing the events of the altered timeline in 12,000,000 BC.

In the altered timeline, the party defeats Lavos before this devastation can occur.

Due to the devastation caused by Lavos, only a select number of humans are left alive, using the Enertrons to sustain themselves. The planet’s surface is largely destroyed, with no living organisms able to thrive naturally.

Where Did Lavos Come From? 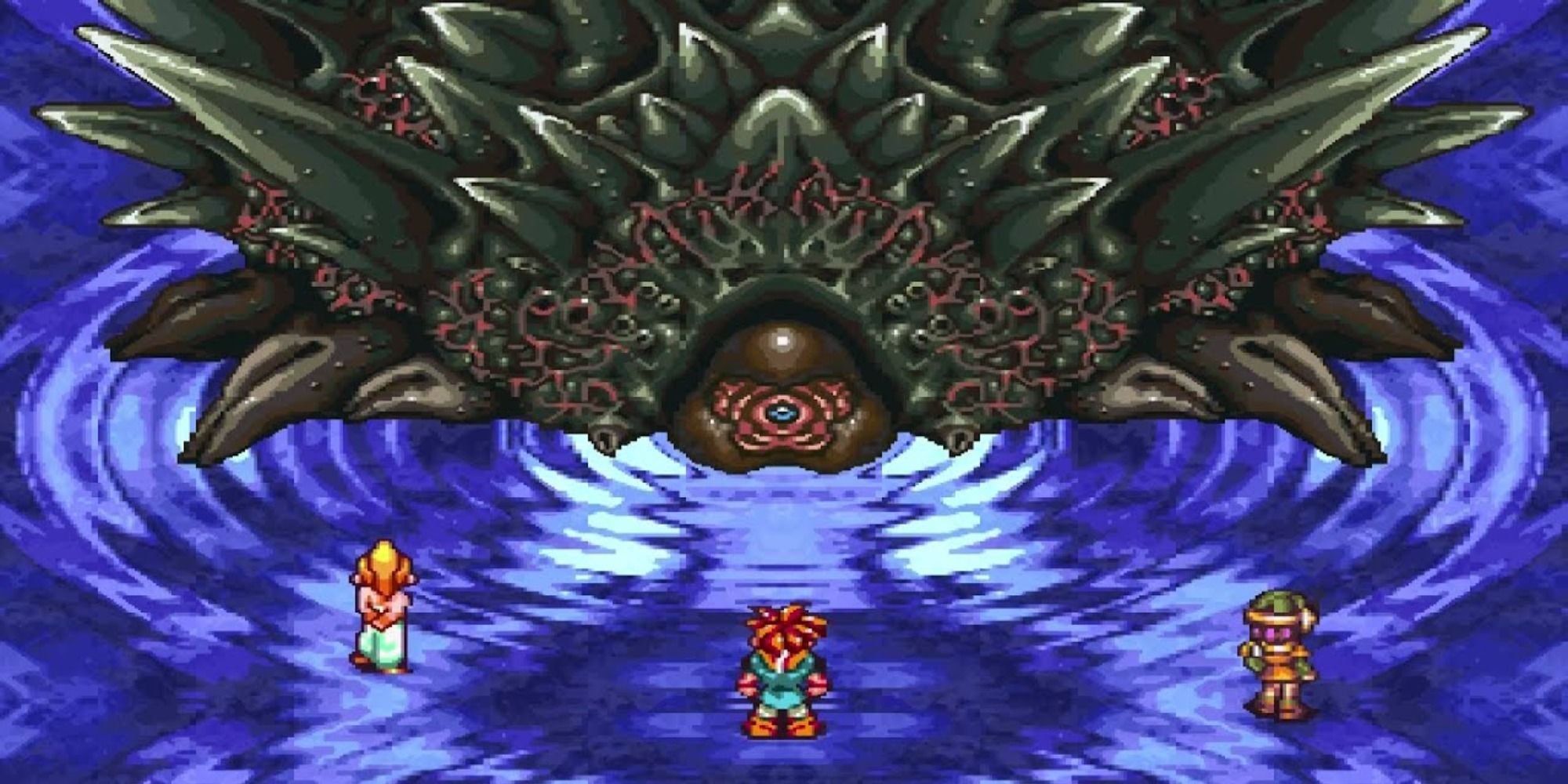 In Chrono Trigger, it’s heavily implied that Lavos came from another planet, although its exact origins are unknown.

Lavos is a parasitic extraterrestrial organism that crashed down to the Earth in the time period 65,000,000 BC. While it’s never explicitly explained where Lavos came from, its motivations during the game suggest that it was possibly the spawn of another Lavos-type creature, sent to Earth to harvest the planet’s resources and energy.

What Does Lavos Want? 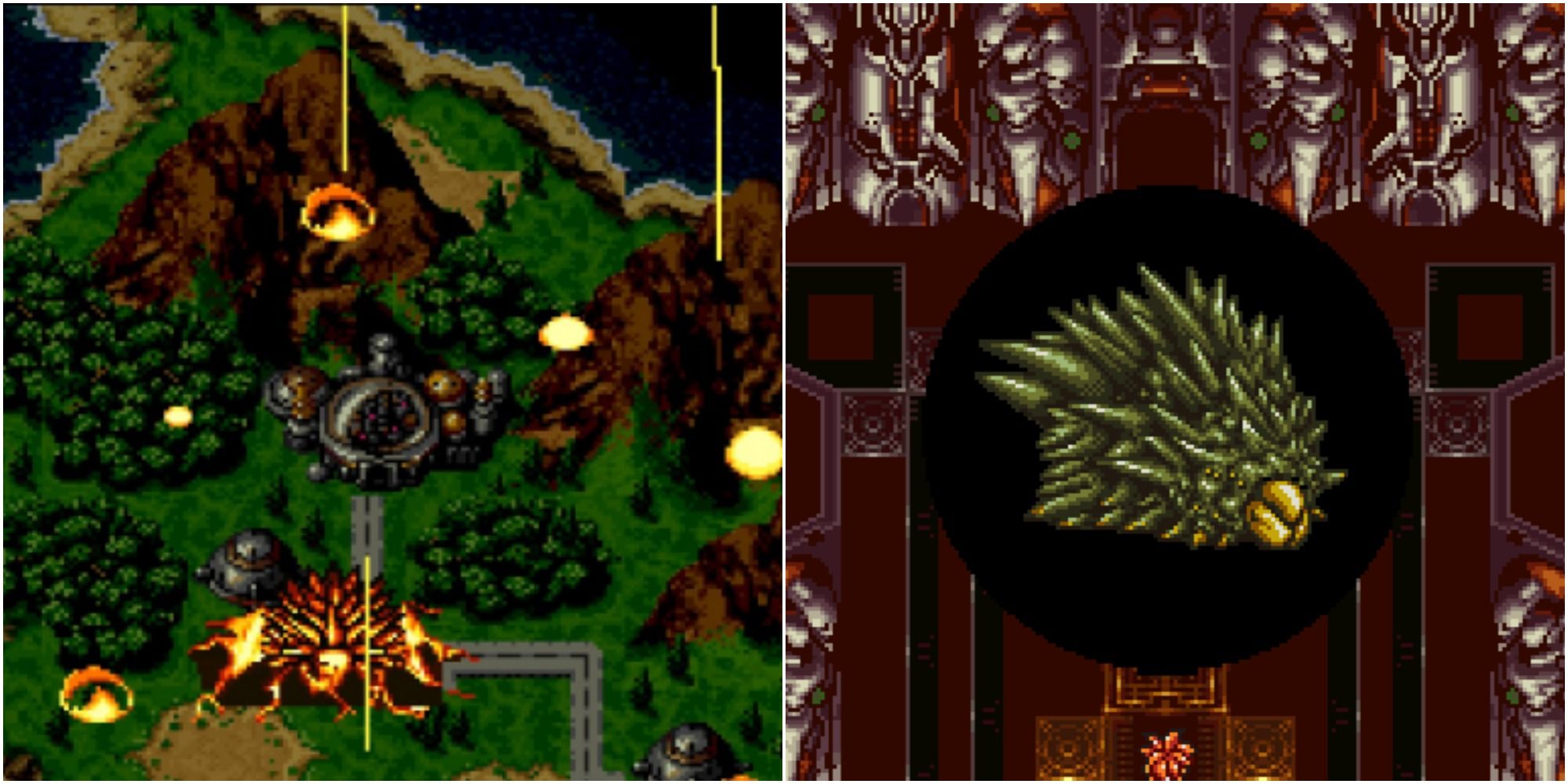 True to its parasitic nature, Lavos’ main intent is to go from planet to planet, sapping the planet of its energy while burrowed under the ground. Alongside energy, Lavos collects the DNA of the planet and its organisms, taking their power for its own.

Lavos can also reproduce, releasing Lavos Spawn that feed off the same energy until they mature. Once fully grown, they’re able to leave and repeat the vicious cycle on other planets.

After completing its mission, Lavos arises from beneath the surface, devastating the planet, presumably preparing to leave to find another planet to consume. It’s unknown where Lavos resides after the events of 1999 AD, but it’s theorized that it may be burrowed underneath Death Peak, where many Lavos Spawn also appear.

Simply put, this parasitic threat absorbs DNA and energy from its chosen planet to strengthen itself and continue the survival of its species. The end result of these planetary annihilations is most likely the creation of a perfect life form that has taken on the best characteristics of each planet’s organisms. 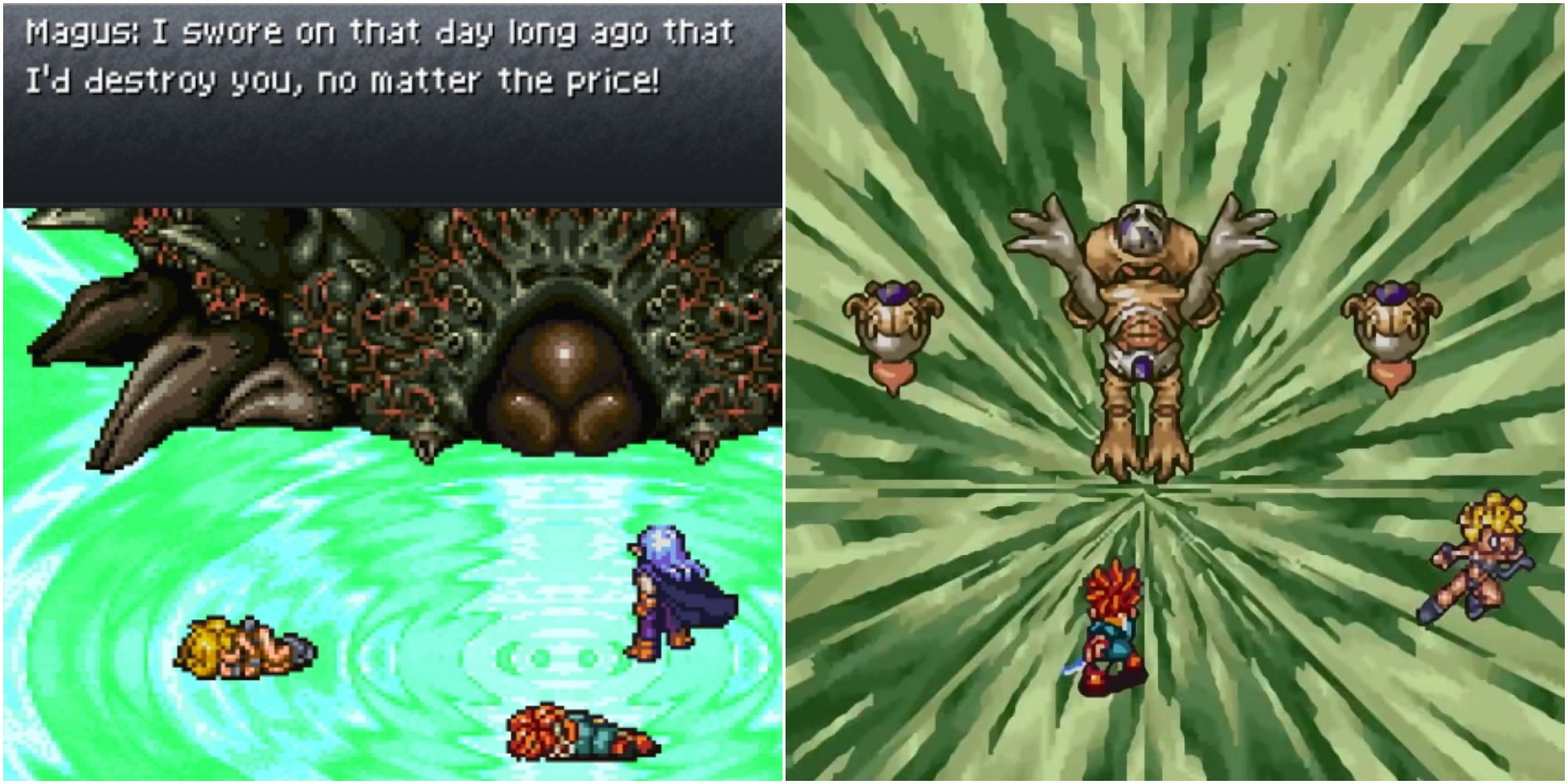 Aside from a few references to Lavos’ intentions in the game, it’s unknown whether Lavos is malevolent in nature or merely acting by evolutionary instinct.

During your final encounter with Lavos, if Lucca is in your party, she remarks:

“It lives on a planet for as long as possible, selecting the most desirable lifeforms, allowing them to advance and then harvesting their DNA. The young it gave birth to on Death Peak must have all of that DNA. Eventually they’ll migrate to other planets, and repeat the cycle.”

Although it’s not described in a positive light, Lavos’ motivations are laid out in a scientific and matter-of-fact way. This implies that Lavos doesn’t have a “grand plan” like other RPG villains, and is instead carrying out its evolutionary duty like others in its species before it.

Lavos’ lack of dialogue throughout the game also suggests that it might not have full sentience – at least not enough to communicate with the party.

Alternatively, it’s possible that Lavos’ lack of emotion could be due to its status as a higher life form. Lavos may merely see the planet and its people as pawns it can use in its bid to gather more power.

There’s already evidence to show that Lavos’ power can be dangerous when in the wrong hands, as Queen Zeal becomes power hungry after getting a taste. Their relationship is a symbiotic one, as Lavos is also collecting the Kingdom of Zeal’s magic. It’s possible that Lavos is purposefully allowing the Kingdom of Zeal to use its power, awaiting their downfall.

Either way, sentient or not, Lavos’ absorption of the Earth’s DNA and energy has the same harmful result and it’s seen as a parasite by the party.

This enigmatic creature is the perfect antagonist for Chrono Trigger’s story, as it doesn’t distract from the other plot points and rather acts as an overarching threat that everyone comes together, across time periods, to fight against. Lavos’ morally ambiguous motivations also help it to stand out against other traditional RPG antagonists, as you’re never completely sure of its true intentions.