The PS2 arrived late to Europe, following in the wake of the console's release in Japan then North America. In late 2000, the PS2 was incredibly scarce in the UK. Parents were having great difficulty in securing one, while there were reports that PS2s were changing hands for two or three times its store price on the secondary market.

Somehow, my mum’s then-boyfriend (and my future stepdad) managed to get one, and it ended up as my Christmas present. I got Tekken Tag Tournament, which amazed me with its graphics. Soon I discovered that I needed a memory card to keep my progress, so off we trudged to the shops (once they opened again) to pay what was then a considerable expense for the 8MB card.

I had also been reading in PSM2 magazine about a snowboarding game with the odd name of SSX, which it had rewarded with an absurdly high score of 94 percent. I decided I needed it, to expand my library from the repetitiveness of having only one game, and my mum’s then boyfriend, perhaps eager to please, obliged. 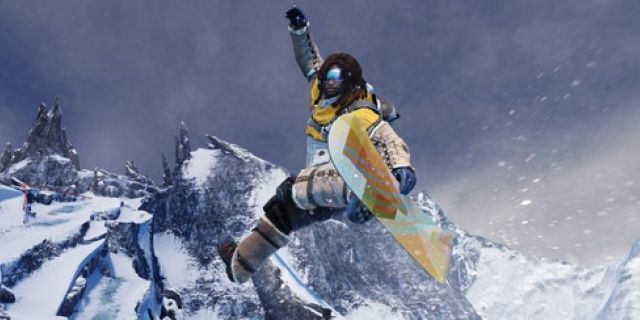 SSX was a revelation, rushing into my consciousness like an avalanche rushing down a mountainside. It was brash, it was bold, and it was superbly well made. The characters were zany and lovable, with distinct fashions and personalities. I can still clearly see Kaori, Mac, and Moby more than two decades later. The soundtrack and sound effects wormed their way into your brain. The tricks were outlandish yet refined; the way it felt to slide, carve, and boost down the excellent courses was second to none.

Not since Cool Boarders 2 had I encountered a snowboarding game this good. Over the Christmas period, SSX consumed my waking hours, and a friend and I grew obsessed, egging each other on to score higher and higher, snagging those red snowflake multipliers, or to nail that rail between tower blocks in Merqury City Meltdown. But SSX had a surprise up its sleeve.

An eighth track! Looking back it seems woeful that there were only seven regular tracks, but I lived those seven levels of heaven: Snowdream, Elysium Alps, Merqury City Meltdown, Mesablanca, Tokyo Megaplex, Aloha Ice Jam, and Pipedream. After Pipedream, though, something unlocked. What happened next left me astonished.

Played in via a cinematic was beautiful pure white snow. An unblemished mountain with fluffy berms, frosted trees, and miles of powder on which you dropped in by helicopter. There were no other competitors. It was just you and Untracked, a mountain playground soundtracked by Hybrid’s Finished Sympathy. This was hype. This was perfection.

SSX will always live in my Christmas memories as I raced down its levels again and again, fully engrossed in its snowy SSX-iness, but that extra track shook me as it was literally a next-level surprise.