You are here:
Home / Can Pokemon Go Stop Lying About Nearby Pokemon Please?

Can Pokemon Go Stop Lying About Nearby Pokemon Please?

Every day when I go on my stupid walk for my stupid mental health, I play Pokemon Go. For 90 minutes I walk haphazardly around my city, bouncing from gym to gym and spinning PokeStops along the way. Occasionally, while looking for upcoming raids, I’ll spot a silhouette on the Nearby Menu of a Pokemon I haven’t yet captured – a most coveted opportunity for someone who has been playing Go for as long as I have. Invariably, the Pokemon in question will be three and a half miles away in a part of town I’ve never even been to. The Nearby Menu is a misnomer. It should be called the Pokemon Within Driving Distance Menu, because you’re certainly not walking that far.

The Pokemon that appear on this list spawn exclusively near PokeStops, so at first I thought the problem is with the poor density of stops in my city. I only have about ten stops within what could be considered walking distance, so I can understand to a certain degree if I’d need to walk more than a mile to catch a Pokemon I’m tracking – but that’s not how it works. The system will show you Pokemon well outside of a reasonable walking distance even if you’re surrounded by stops.

Here’s the most related examples I can come up with. Last night I was enjoying a Blue Milk in Galaxy’s Edge at Disneyland, hopefully some of you have been there. I spotted the silhouette of an Emolga on my list and figured this was the perfect time to finally track down the surprisingly elusive Sky Squirrel Pokemon. Galaxy’s Edge is in the very back corner of the park, but there are PokeStops approximately every ten steps in Disneyland, so I couldn’t imagine it would be very far.

Elmoga wasn’t at any of the six stops or gyms in Galaxy’s Edge. It wasn’t hanging out in nearby Fantasyland or down by Splash Mountain. It wasn’t on Main Street or up by the front gate. It wasn’t even all the way over in California Adventure, the other theme park opposite Disneyland.

It was at the Anaheim Courtyard by Marriot, a 20-minute walk all the way out of the park, past the bus loop, and down the street towards the freeway. 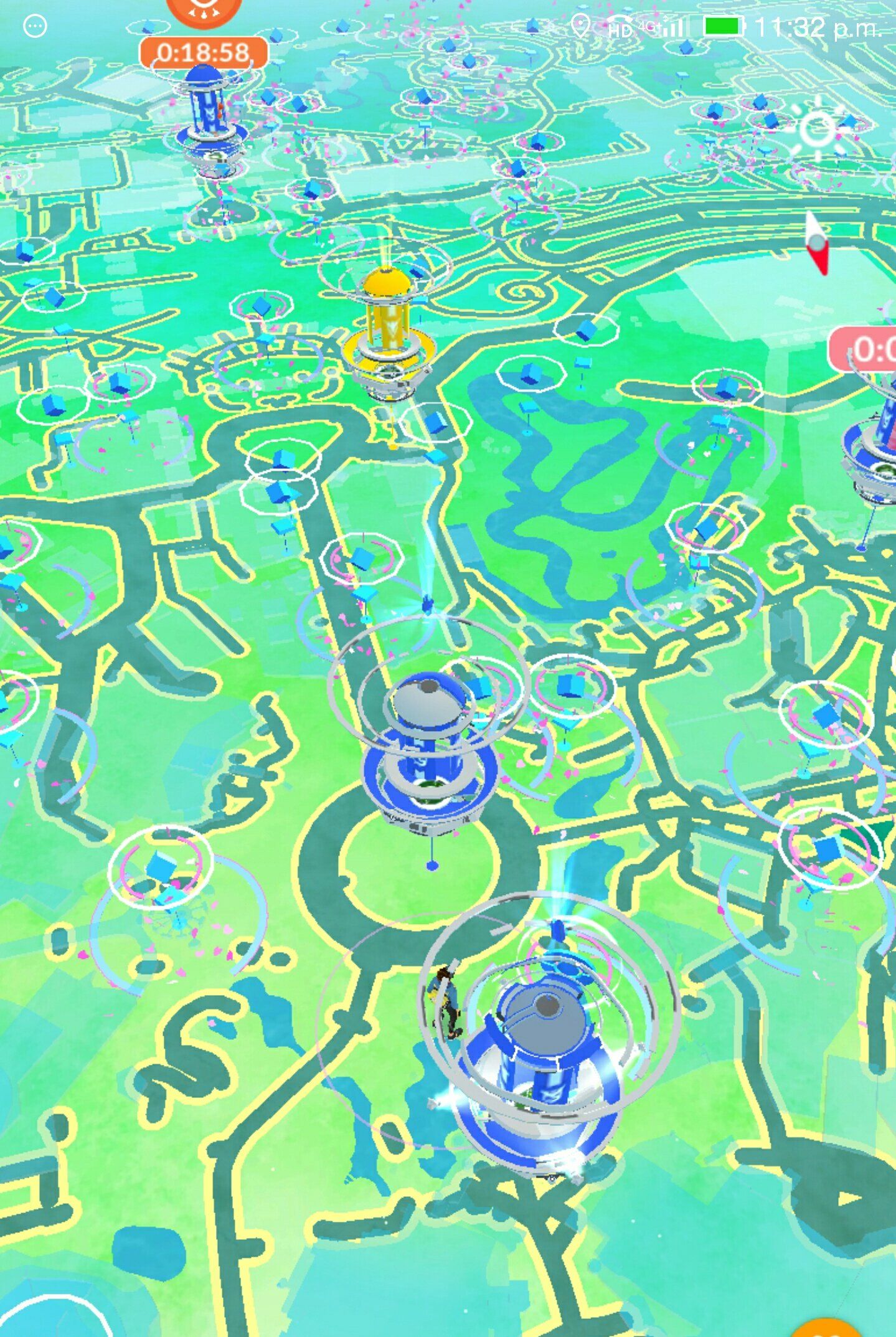 I want to be fair to Niantic. As the crow flies, maybe the Marriot is technically just a little over a mile. It is not easy to get in and out of Disneyland, and if I was on a regular city street maybe it wouldn’t have been completely unreasonable to walk all the way there. On the other hand, there were no less than 80 PokeStops between me and the Marriot, and this is far from the first time the tracker has proven itself useless.

I’ve done the long hustle before too. When I see something I just can’t ignore, I’ll make my best effort to get there. Even when I commit to walking 15-20 minutes though, the Pokemon almost always disappears before I can get there.

The Nearby Menu used to be different. In the early days of Pokemon Go, you could see how far away every Pokemon was based on the number of footprints under their pictures. You had to actually track them down yourself by watching the number of feet increase or decrease as you moved around, until you figured out which direction to go. Maybe that system was too time-consuming for some, but I don’t remember it ever asking me to walk miles and miles to find anything. The revamp has made it easier to figure out where the Pokemon are, but impossible to actually get to them.

I know how the menu works. If there’s a Pokemon I don’t have yet it will appear at the top of the list, even if it’s further away from the rest of the ‘nearby’ Pokemon. I want the menu to prioritize Pokemon I don’t have, but I just don’t understand why these rare Pokemon aren’t spawning in places I can actually get to. I don’t mind if they only spawn rarely at certain times of day or during certain months, but when they do appear they should appear at every, or almost every PokeStop. If I have to drive to get to a Pokemon, that purpose of Pokemon Go has been defeated.