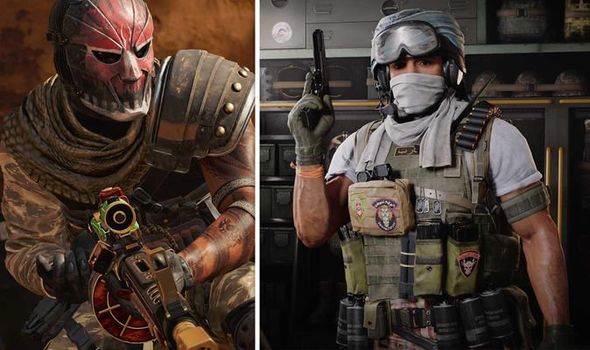 The new Call of Duty season has a June 17 release date on PS5, PS4, Xbox Series X, Xbox One, and PC.

In the run up to the big event, Activision is getting ready to release two different updates. That’s one for Black Ops Cold War and another for Call of Duty Warzone.

And it’s worth updating both games early, because the Call of Duty updates tend to be pretty big.

To make sure you’re ready to jump in to the new season the moment it begins, you can download the Black Ops Cold War update from 5am BST on June 16.

This will be followed by the Call of Duty Warzone update, which will be available from 5am BST on June 17. Expect the new season to begin shortly after.

The news was announced by Activision on the Call of Duty website: “This all sets the stage for a new war arriving straight from orbit in Season Four in Black Ops Cold War and Warzone, officially making its impact on June 17 worldwide.

“The season will be live following updates to Black Ops Cold War on June 15 at 9 PM PT and Warzone on June 16 at 9 PM PT.”

As you can see from the early patch notes below, Call of Duty Season 4 adds a lot of new content.

The season begins with a new Ground Fall event, which tasks players with finding and securing SAT-Links.

“For this event, you’ll tackle objectives pertaining to the new modes, maps, and weaponry in Black Ops Cold War and to the new Points of Interest in Warzone.

“Completing these objectives will reward you with items such as Emblems, Calling Cards, and a Satellite Weapon Charm, as well as some XP. Complete every challenge, and you’ll receive an Epic Secondary Weapon Blueprint that is truly out of this world.”

New characters, meanwhile, include Jackal at launch, followed by Salah and Weaver during the season.

Interestingly, four new weapons will be available at the launch of season 4, including the MG 82 light-machine gun, the C58 Assault Rifle, the Nail Gun, and the OTs 9.

Players will also be able to swing a medieval style Mace, but not until later in the season.

Collateral will be available as a 12v12 map, while Collateral Strike joins as a 6v6 map.

“Don’t get sandblasted in this new, fast-paced map built for both traditional and Combined Arms play.

“Collateral places NATO and Warsaw Pact forces under the scorching desert sun in Algeria, where a CIA satellite has crashed into an abandoned village, the very same location that Adler and company secured on June 27, 1984.

“In addition to this village is a large oil drill operation and surrounding dunes. These areas, along with the satellite and village, offer a variety of quick engagement opportunities, whether you’re chasing enemies up and down the buildings or using the terrain and satellite parts for natural and environmental cover.”

Elsewhere, fans can check out the 2v2 and 3v3 Amsterdam map at launch, as well as the 6v6 Hijacked map, and 6v6 Rush.