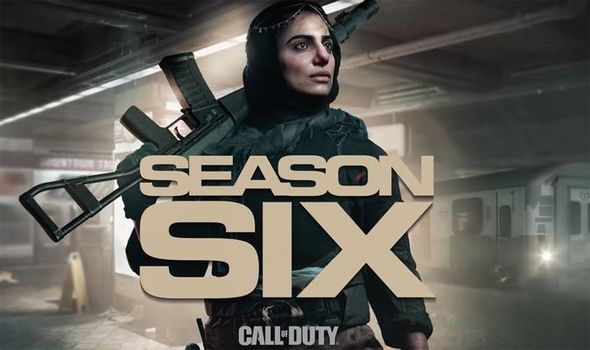 Call of Duty Modern Warfare and Warzone fans are counting down to the release of Season 6.

The new season of Call of Duty content has a September 29 release date on PS4, Xbox One and PC.

Based on the pre-load install times, Season 6 will have a 7am BST start time for fans playing in the UK.

Speaking of pre-loading, fans can download the Season 6 update right now, but only on PlayStation 4. Xbox One and PC users will have to wait until the season begins.

The Season 6 download file weighs in at around 20GB on PS4, so it shouldn’t take too long to install.

If you want to get the update downloaded early, then simply hover over the Call of Duty file on PS4, press the Options button, and select Check for Updates.

Needless to say, the Season 6 update will include more than just new content, so stay tuned for the full list of patch notes.

It will launch alongside the customary Battle Pass, which includes 100 tiers of content, including 1,300 Call of Duty points.

“Pick up the Season Six Battle Pass to unlock up to 100 tiers of content including Farah, Nikolai, 1300 Call of Duty points, and more,” Activision confirms.

As for new content, Warzone will make the biggest changes, adding the new Subway system to the huge Battle Royale map.

With the Subway system open for business, players will be able to move around the map faster than ever before.

Activision explains more: “At the start of every Warzone match, the Metro will have a number of open stations to explore. All of them have the same layout, thanks to the massive urban planning initiative Verdansk underwent when these were first constructed.

“From the ground level, head down a large staircase set and hop past a set of turnstiles to reach the first landing. Here, a set of archways and a tiled wall breaks up an otherwise open space that leads to an inaccessible ticket office.

“Once down at this landing, turn left or right to find a staircase down to the station’s platform, where old posters are plastered onto the walls along with a handy graphic that marks what station an operator is currently at.”

As Activision points out, the train won’t actually move if there’s fighting in or around the platform.

“Remember that the subway will not move if there is fighting aboard a subway train or between it and the platform.

“Use this limited downtime to reload weapons, swap items around the squad, or just take a breather before getting out at the next stop.”

Elsewhere, Season 6 adds Farah and Nikolai as new Operators. Fans might recognise these names from the Modern Warfare campaign.

Check out the Call of Duty Warzone Subway map below… 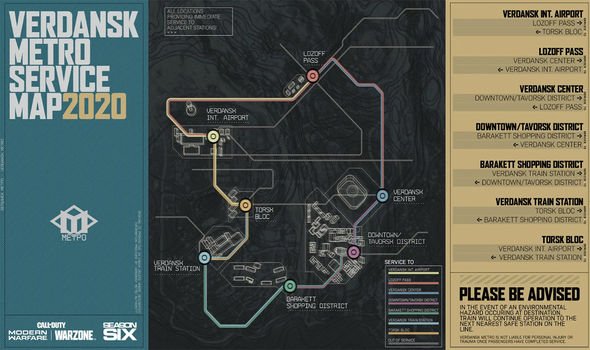 “The founder and Commander of the Urzikstani Liberation Force, Farah, grew up a fighter after surviving imprisonment by Roman Barkov,” reads the Activision.

“She’s an exceptional soldier and leader that’s known a lifetime of war. Her skills have been further honed with additional training with the SAS, and she’s led dangerous missions to fight off Al-Qatala forces and other regimes stationed in her country.”

Nikolai, meanwhile, is the leader of the Chimera, a PMC within the Allegiance.

“A long-time friend to Captain Price, Nikolai initially worked with Price, Kamarov, and Kate Laswell to build the Armistice to stop the rise of a new AQ. After the Armisitice collapse, Nikolai now takes the battle in his own hands to stop Zakhaev.”

RELATED NEWS
Tilt Five Secures $7.5 Million Investment For Its AR Glasses
Sony Is Aiming To Sell 7.6 Million PS5s By March 2021
Shotcall raises $2.2 million to build gaming community hubs
Alphabet’s Loon claims stratospheric flight record of 312 days
Recent Posts
This website uses cookies to improve your user experience and to provide you with advertisements that are relevant to your interests. By continuing to browse the site you are agreeing to our use of cookies.Ok