You are here:
Home / Call of Duty: Modern Warfare 2 – How The Battle Pass Works

Call of Duty: Modern Warfare 2 – How The Battle Pass Works

Call of Duty: Modern Warfare 2 has overhauled the Battle Pass system from previous titles. The linear progression system of old has been replaced with a more player-driven system that allows you to choose which rewards you want.

Unlocking all 100 Battle Pass tiers can seem intimidating at first glance, but this new system makes it far easier to get what you want out of each pass without having to earn all 100 tiers. This guide will showcase how the new Battle Pass system works, how to progress through Battle Pass Sectors, and we'll showcase every reward available in MW2's first season.

How Does MW2's Battle Pass Work? 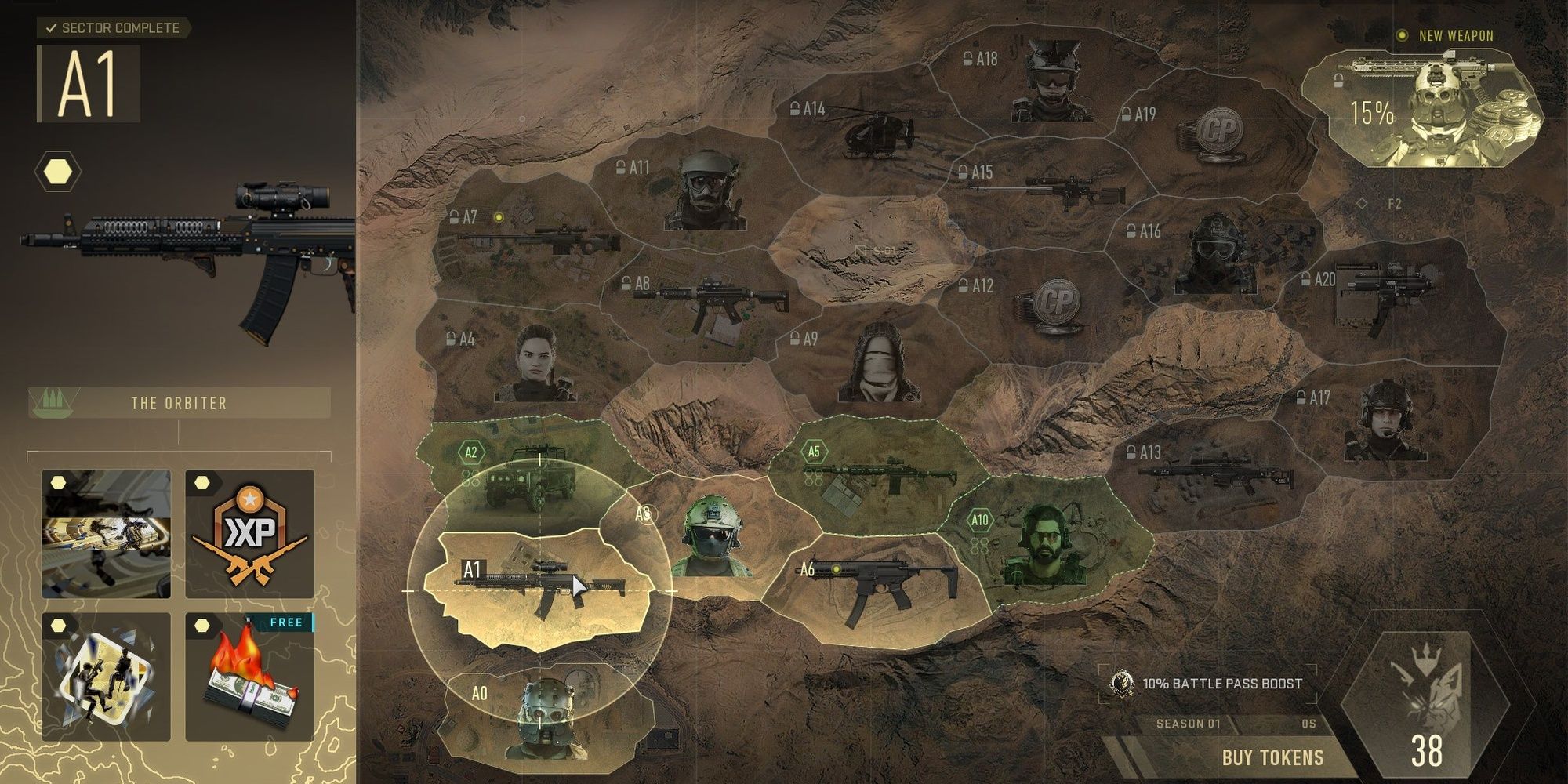 Modern Warfare 2's Battle Pass uses a non-linear progression system that differs from previous titles. Instead of progressing through 100 levels with a linear set of rewards, you'll be presented a map with rewards nested in each region, referred to in-game as "Sectors."

When you open your Battle Pass, you'll see a map divided into 20 Sectors. Each Sector consists of five rewards, totaling 100 rewards as you'd expect from a CoD Battle Pass. Hovering over a Sector will reveal five rewards on offer, showcased on the left-hand side of your screen. The bottom four rewards must be redeemed first before you can claim the fifth reward. Each reward costs one Battle Pass Token, earned by playing matches and earning XP. Once you've claimed all five Sector rewards, you'll unlock all adjacent Sectors, allowing you to spend your Battle Pass Tokens on rewards you're interested in.

That's a lot to take in, so here's a concise breakdown of how the new Battle Pass system works: