Call of Duty: Modern Warfare 2 features over 50 weapons for players to unlock and master, three of which are tied to the Bruen weapon platform. The SMG variant in this platform, the MX9, is a highly mobile weapon with minimal recoil and a quick time-to-kill value.

As solid as the MX9 can be, this weapon is arguably worse than the STB 556 in most situations. But with the right build and playstyle, you can dominate lobbies with the MX9 with no issue. This guide will showcase two builds that will accomplish just that, accommodating more passive and aggressive playstyles across all MW2 game types. 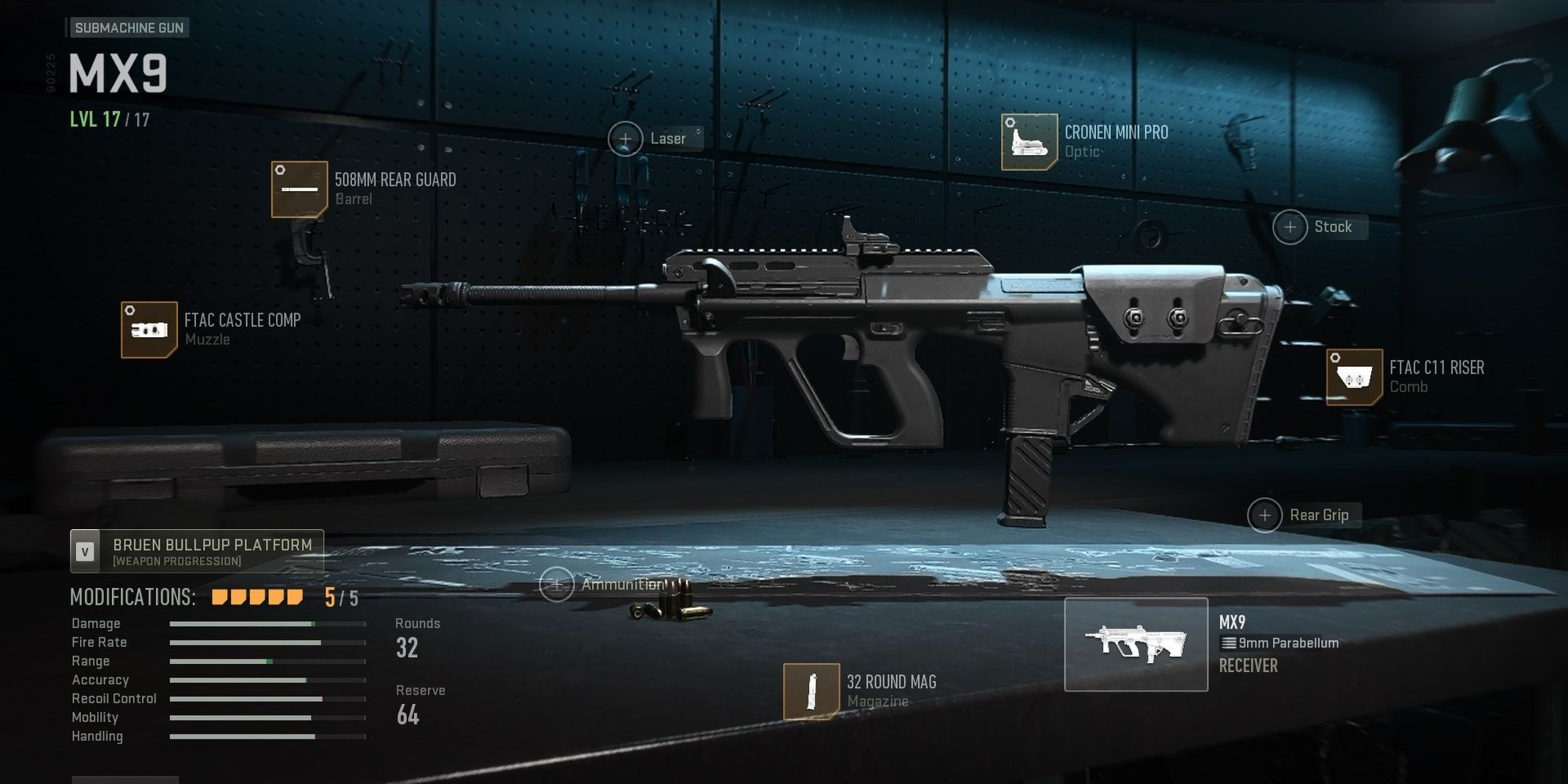 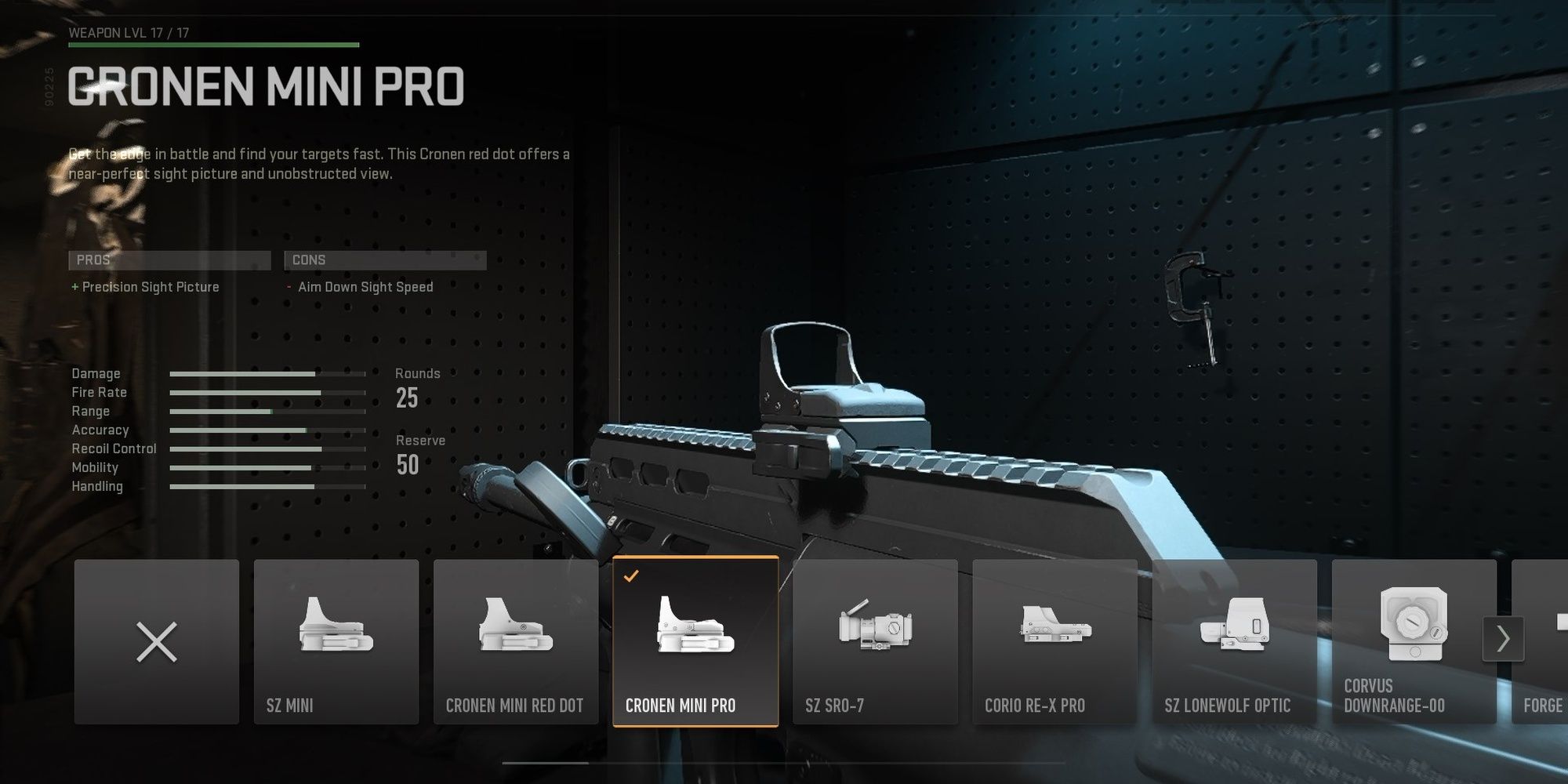 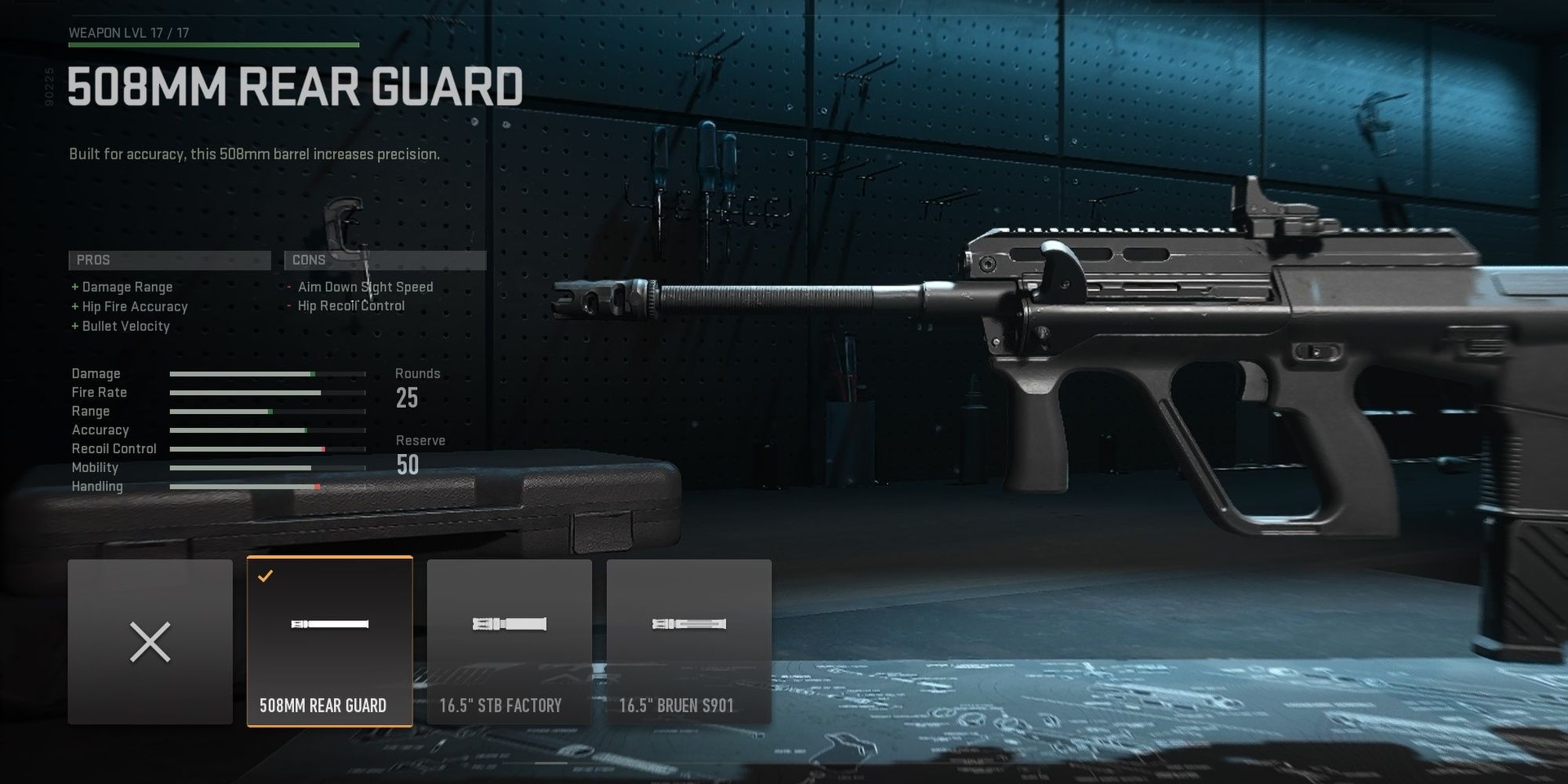 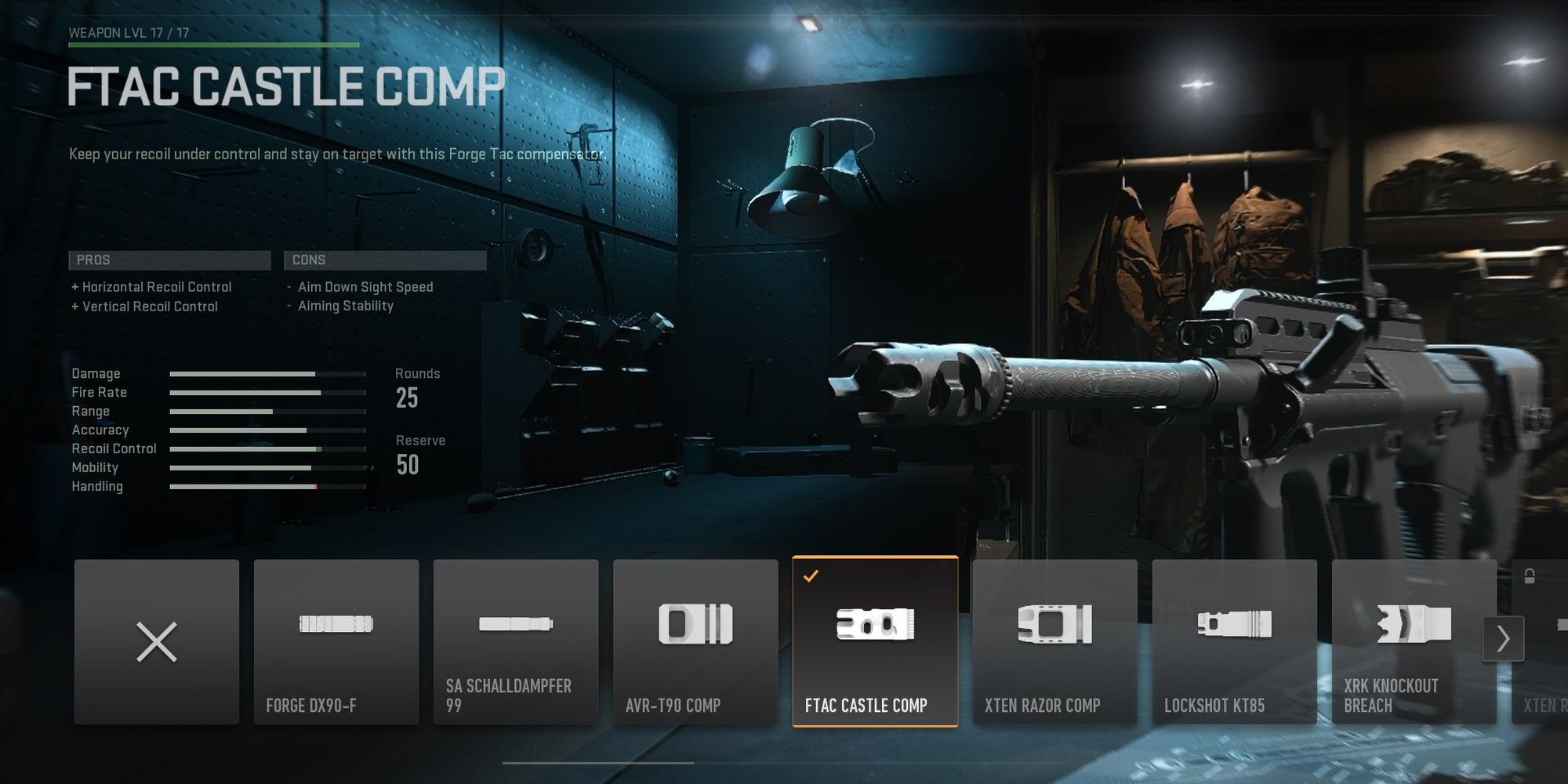 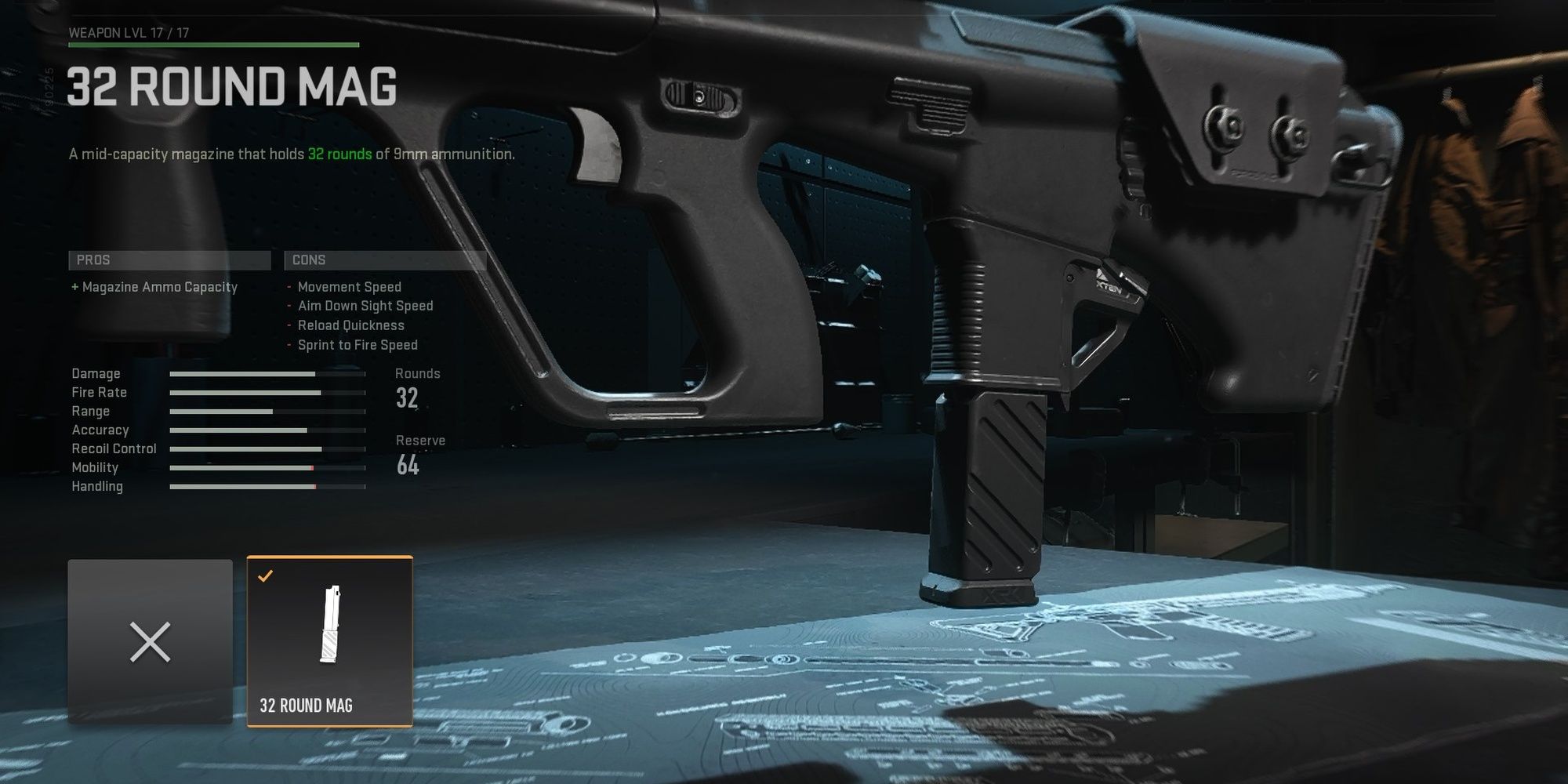 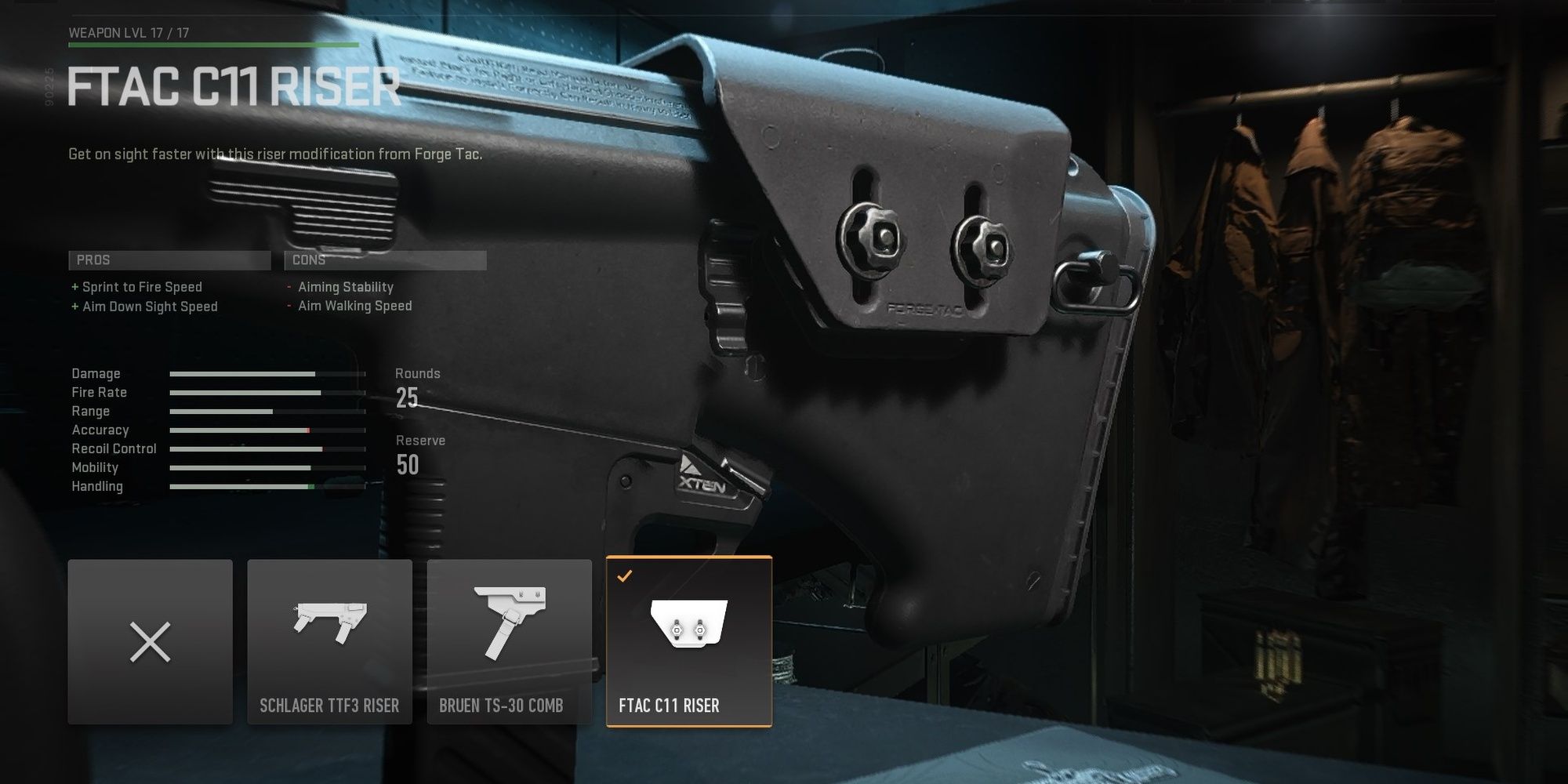 We focus on improving the MX9's overall consistency with this build. You're at a severe disadvantage when it comes to range and overall TTK, so you'll need every edge you can get. We spec for range with the 508mm Rear Guard barrel, making this weapon a little more consistent at range. For overall recoil, we use the FTAC Castle Comp but feel free to use any muzzle break. The FTAC C11 Riser assists with our sprint to fire time, and the 32 Round Mag is downright mandatory since the gun's base magazine is a measly 25 rounds. The final attachment is up to you; we prefer optics.

Overall, this weapon is a slightly worse STB 556 with better strafe speeds. You excel at close range where the MX9 can land quick kills, but extend past CQC distances and you'll struggle. It's important to close the gap, make liberal use of tactical sprint and sliding, and aim the second you see someone. Hip fire is an option but not ideal for this gun. Don't bother using this weapon for big playlists like Ground War, as the other weapons in this platform have far more range.

Focus your loadout around neutral game buffs. We use Dead Silence and Battle Rage to assist with navigating the map or general slaying. Fast Hands is a great pick for general SMG gameplay, same with Double Time. We highly recommend you use Ghost as your ultimate perk to avoid getting pre-aimed by faster SMG and shotgun players. Equipment is mostly up to you, but we highly recommend using Drill Charges to deal with campers. 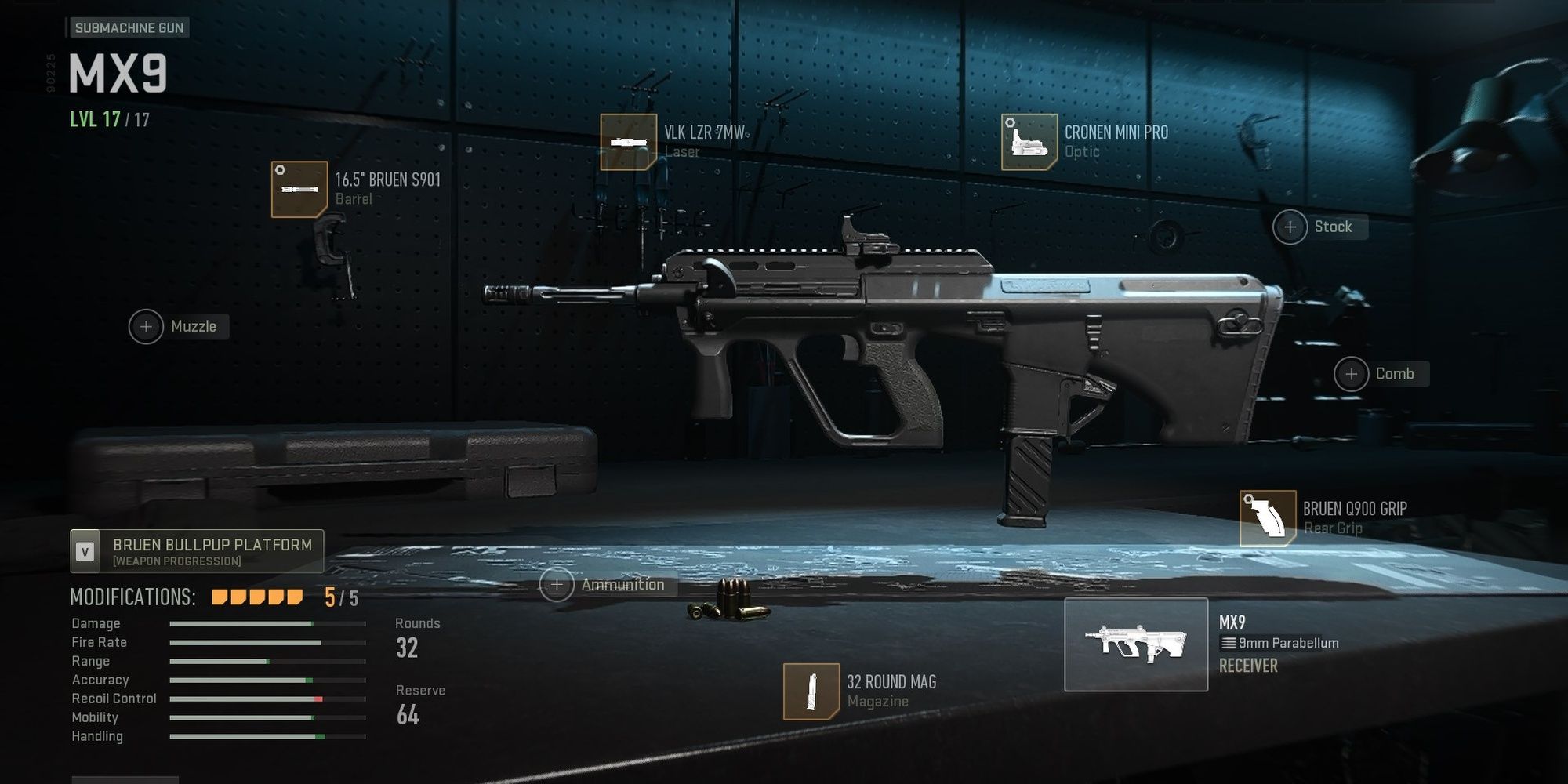 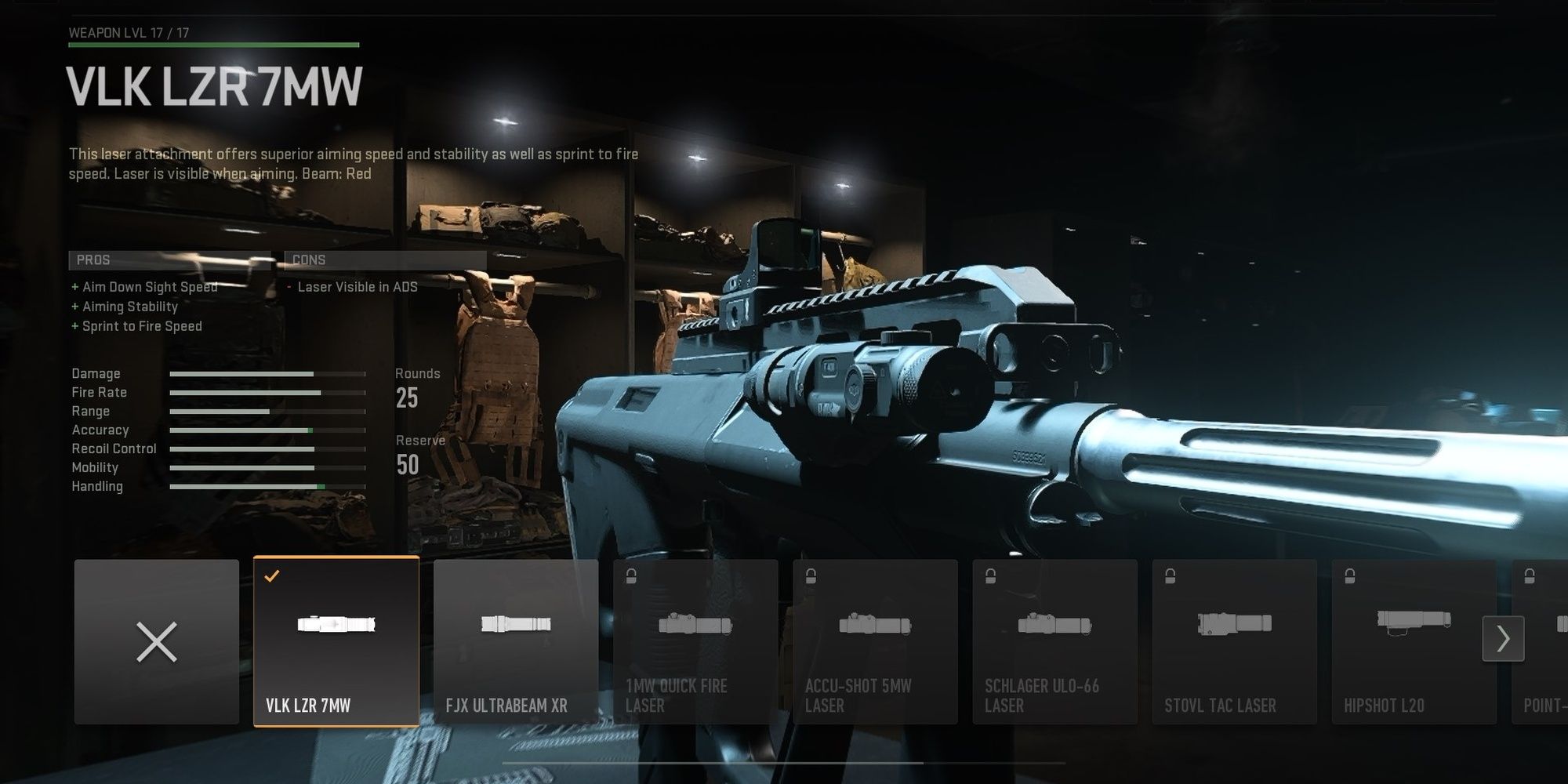 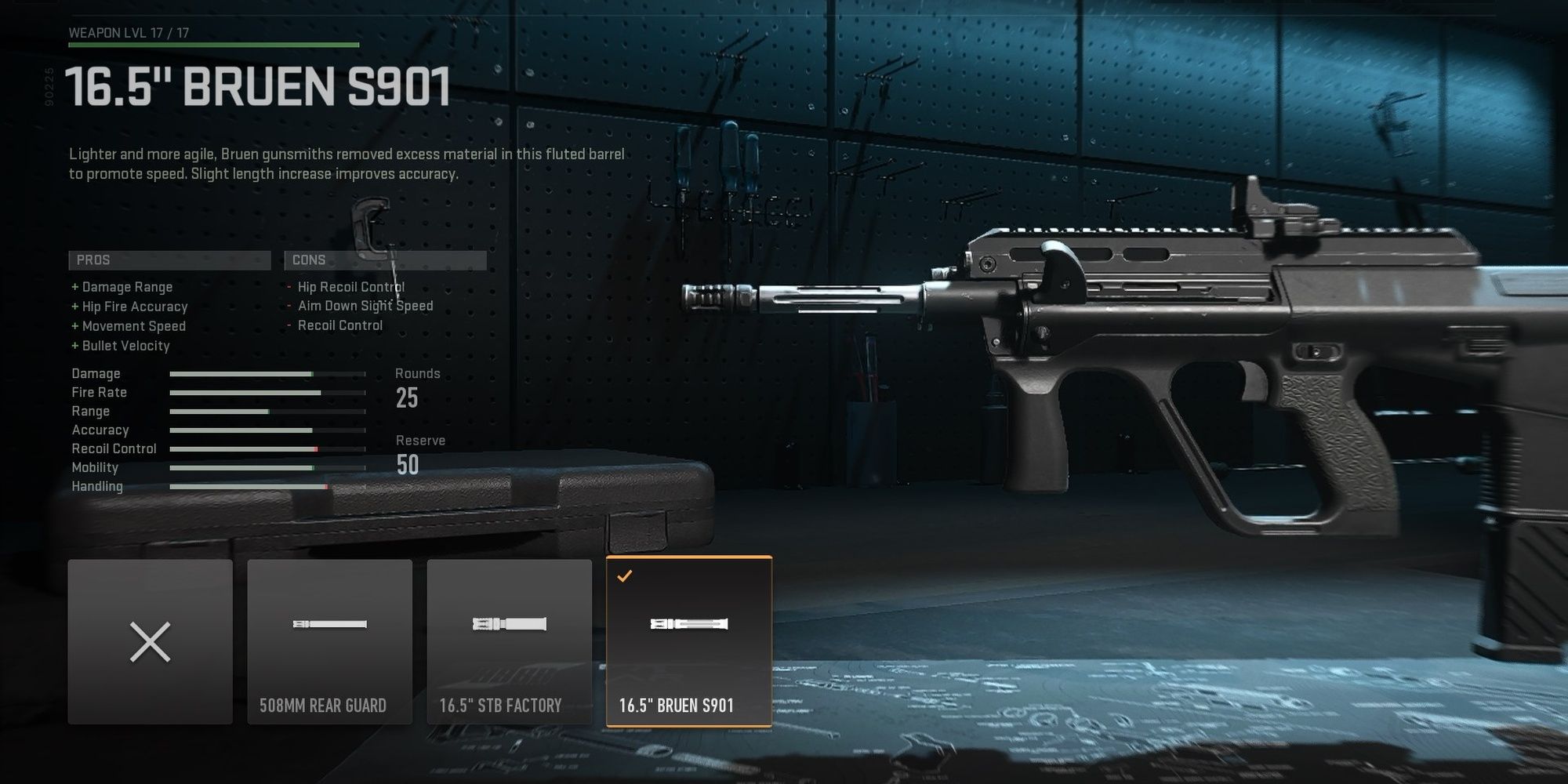 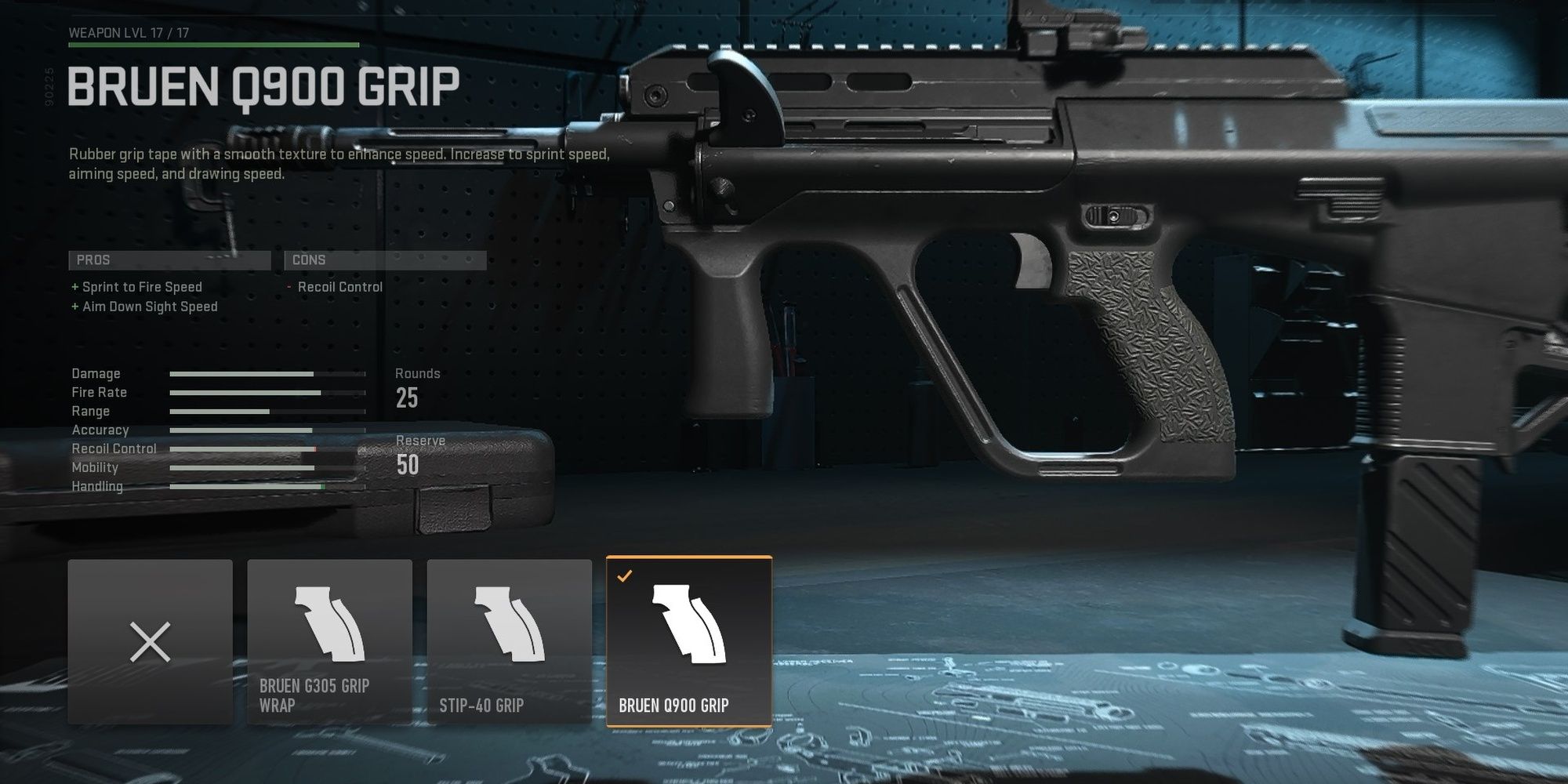 We trade effective range for overall speed with this setup. To increase our overall speed, we use the 16.5'' Bruen S901 and Bruen Q900 Grip to increase our movement speed and sprint to fire time, respectively. Further handling buffs are provided by the VLK LZR 7MW, allowing us to ADS incredibly fast. Per usual, we use an optic to remove the MX9's awful iron sights and rock the 32 Round Mag to fix the weapon's otherwise pitiful ammo capacity.

Thanks to weapon tuning, we can increase our aim walk speed and overall aiming stability, making this weapon far more consistent for running and gunning. Your range is terrible with this setup, so don't take engagements beyond close range. The bonuses to overall movement speed will make it easier to close the gap and start shooting. Use this setup for fast-paced 6v6 modes.

Focus your loadout around speed. Double Time and Dead Silence are no-brainers here for an aggressive loadout, but don't sleep on Quick Fix. This ultimate perk immediately begins health regeneration upon defeating an enemy, allowing you to start a second gunfight immediately. Paired with Fast Hands, you'll have no trouble running and gunning on most maps. We also recommend rocking a Throwing Knife for one-hit melee kills when enemies get too close for comfort.