You are here:
Home / Call of Duty Modern Warfare: 10 Tips For Playing On Suldal Harbor

The response to Suldal Harbor by the Call of Duty: Modern Warfare community has been less than optimal, which is unusual for remastered versions of old maps. This one, originally from the first installment in the series, has its fair share of flaws, but players who can manage to overcome these obstacles (largely by not getting annihilated in the same choke point every match) can  have a fun and rewarding match.

Whether running head-first towards the enemy or hanging back to pick them off from a distance, there are ways to help make any player better prepared for this controversial new addition to the Modern Warfare map rotation (in addition to some of the game’s other tricky maps like Cheshire Park). 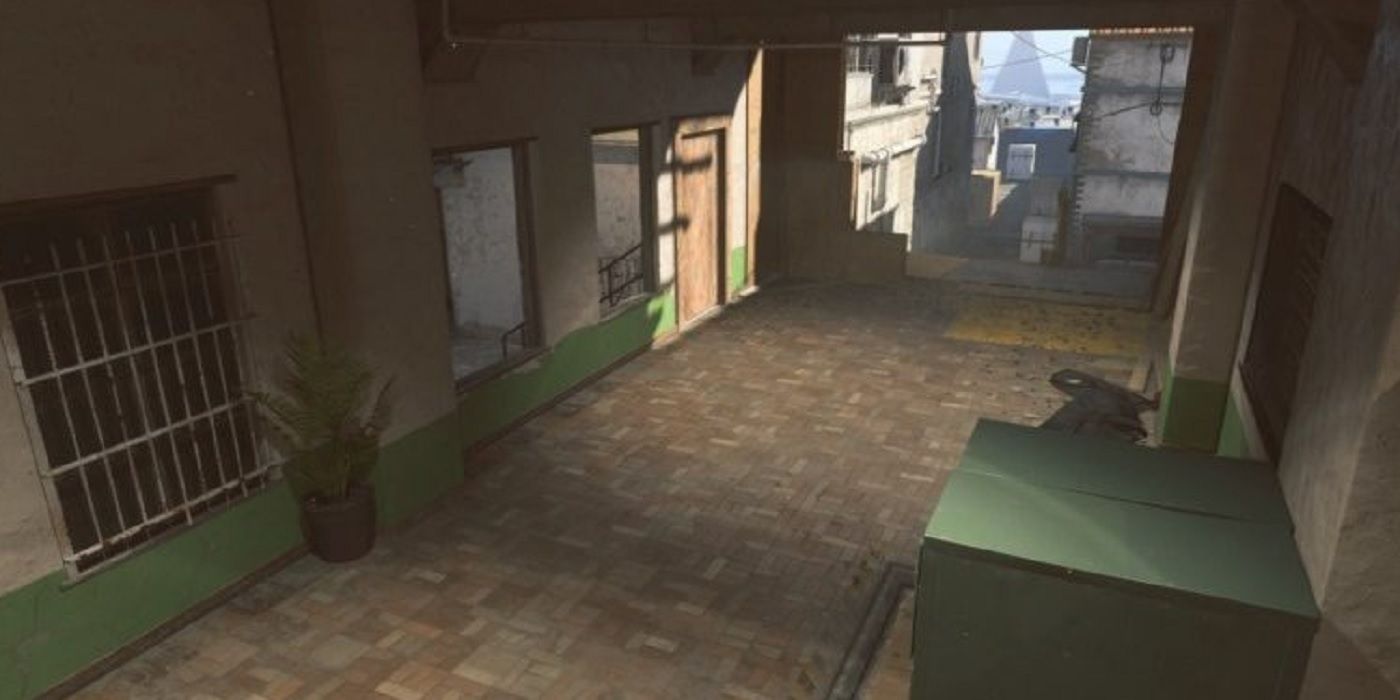 The center building (sometimes known as the Office Building) is a power position on this map. Players who are charging in with submachine guns, shotguns, etc. should work together to take/hold this position.

By holding this building, players have almost absolute control over the B flag position in the center courtyard. There are great vantage points to counter the Break Room area in the second story of the warehouse building, or to overlook the Containers on the other side. Working together to hold this building is essential to any team-based mode, but can also be useful in more solo-based modes. 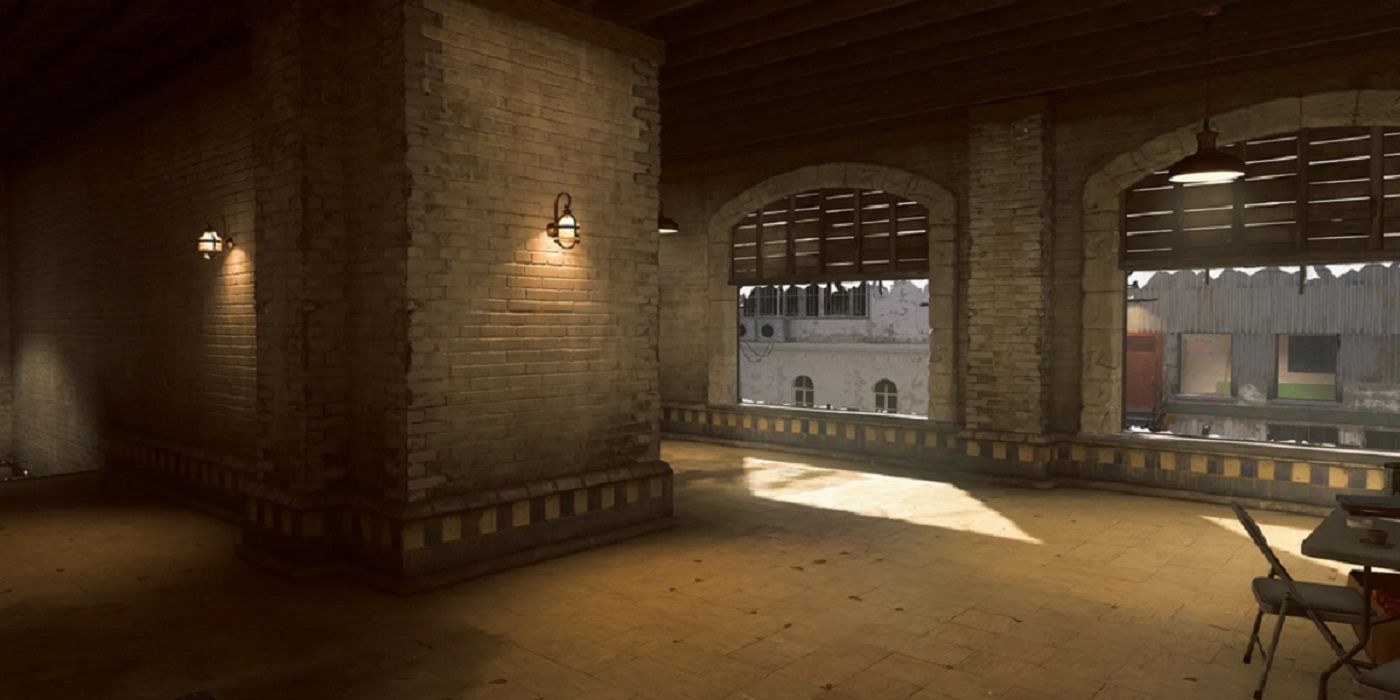 If one of the main routes is cut off by troublesome foes, remember that there are more ways to get around this map. The Guard Booth area on the left side of the map from the Allegiance spawn (right for Coalition) provides an excellent way to get behind enemy lines.

This open courtyard is difficult for enemies to cover effectively,and can be used to flank the Warehouse building to take out any campers that may be nested there. When in doubt, flank them out! 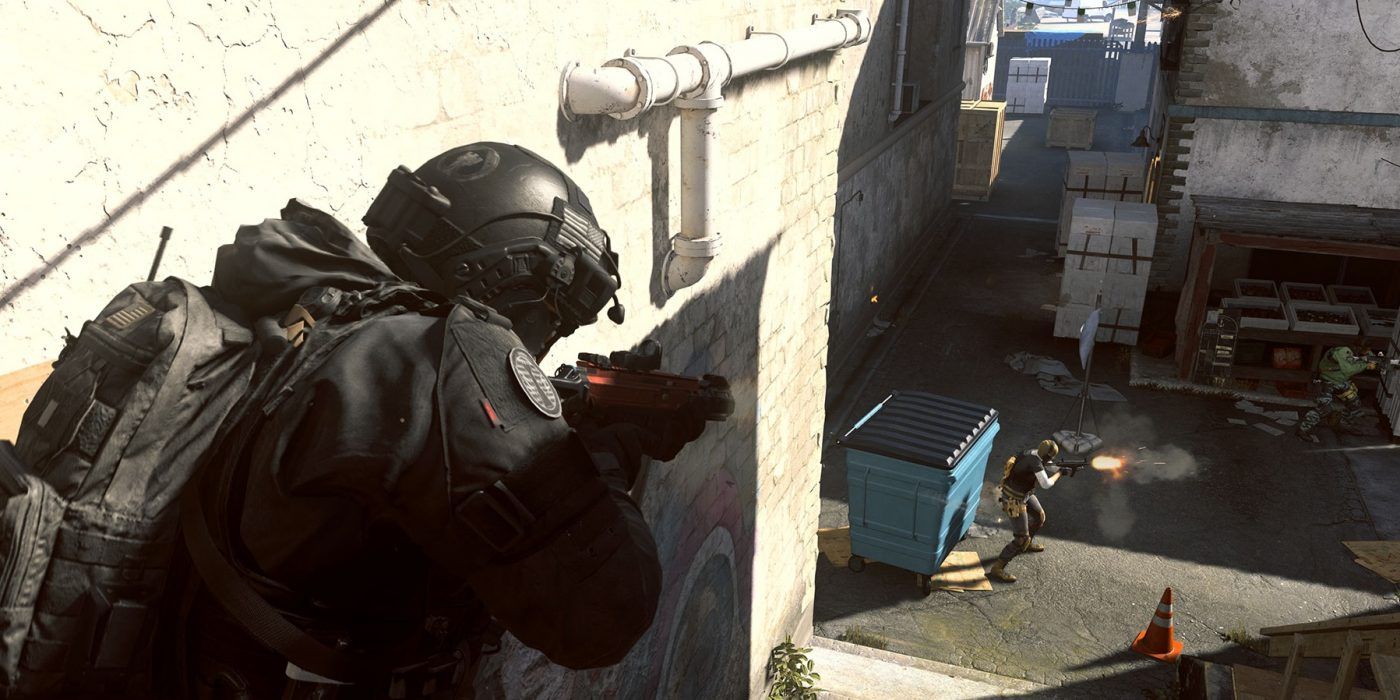 When playing Suldal Harbor, it can be easy to get lost in the ground fight (especially when trying to take objectives or even just reach to the opposing side of the map). Remember to take advantage of the verticality of this map.

It’s not among the game’s great vertical maps, but there are three primary spots to use to your advantage as a short range rusher: the tops of the wooden crates in the Guard Booth area, the tops of the little shops in the center Courtyard, and the second level of the alley near the forklift. These spots can be vital for not only maneuvering through the map, but also to stay out of the direct line of fire and get the upper hand. 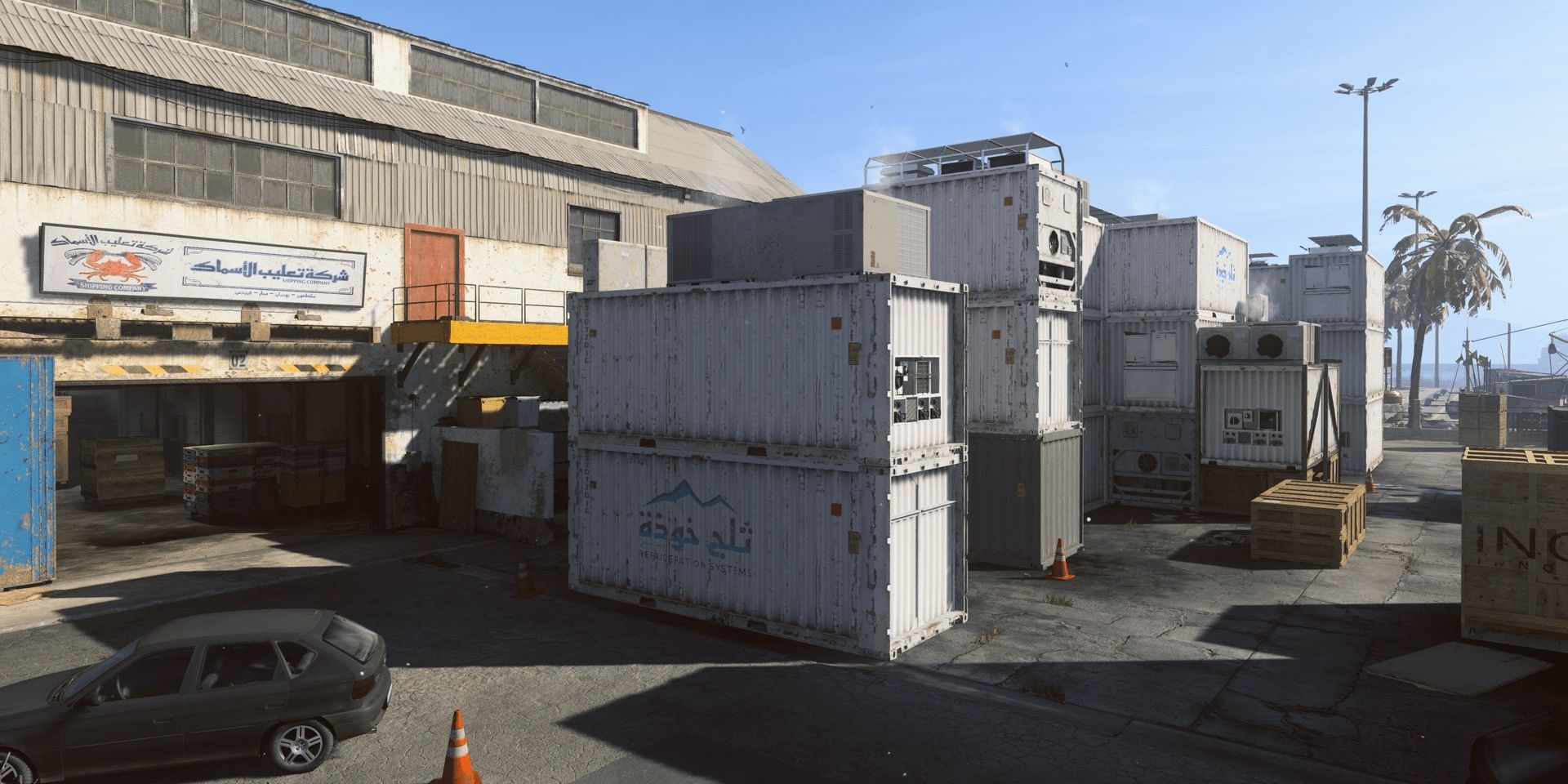 Unlike most other maps that have a certain balance to them, this map has a distinct ‘better side’ in favor of the Coalition spawn near the Containers area. This may be unfair to the Allegiance team, but that makes the short-game player’s job that much more important.

If on the Coalition side, push as far as the warehouse and hold the line there. Use the alley that looks towards the Guard Booth area to cut the enemy off. On the Allegiance side, it is very advantageous to flip the spawns (spawn points are crucial to consider on all maps, including ones like Shoot House). Most of the time, spawn flipping is frowned upon, but on this map, holding the Containers side is a huge leg-up over the other team. Use the flanks and verticality to get the upper hand as the Allegiance team to take over the fortress-like Containers area. 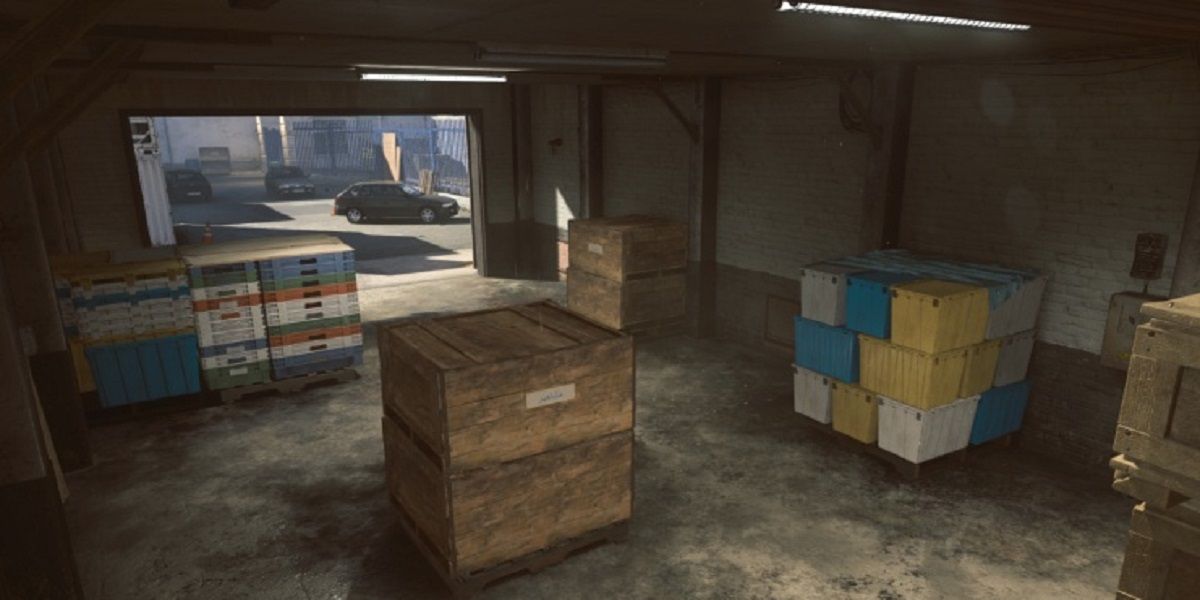 Leave the predictability to the long-range guys, and go for the surprise plays. Use corners and cover to outmaneuver the other team. Lightweight weapons come in handy for these tactics, as it is easier to bob-and-weave from cover to cover. Corners come in handy on this map, as there are many that can be used against the enemy.

For example, there are some dumpsters on the Allegiance side of the corridor of wooden crates that can be hidden behind, in order to surprise foes pushing the middle of the map. The stand-alone container on the Coalition side works too; it can be hidden behind and provides great cover for any insurgency behind enemy lines. Tactical Insertion really helps boost the effectiveness of bamboozling the enemy and catching them off guard. Remember to check corners when moving through the map, though: the enemy can use these spots too! 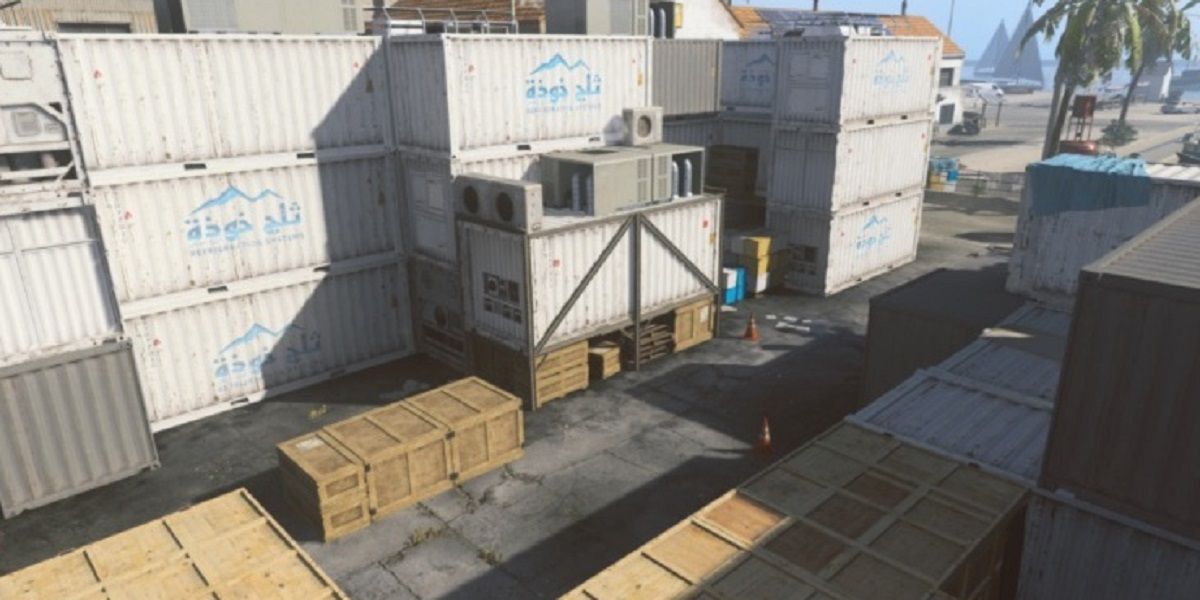 Suldal Harbor has some nice long-range elements that, if used properly, can completely shut down an enemy offensive. For instance, on the Coalition side, there is a barrel in the back of the Containers area that perfectly watches the Storage area. It’s just begging to be a light machine gun or sniper rifle mount.

Be on the lookout for these areas that do not lie on the beaten path, but rather on the outskirts. While certainly not a huge map, there are numerous areas in Suldal Harbor with long lines of sight, looking onto important choke points from a distance. 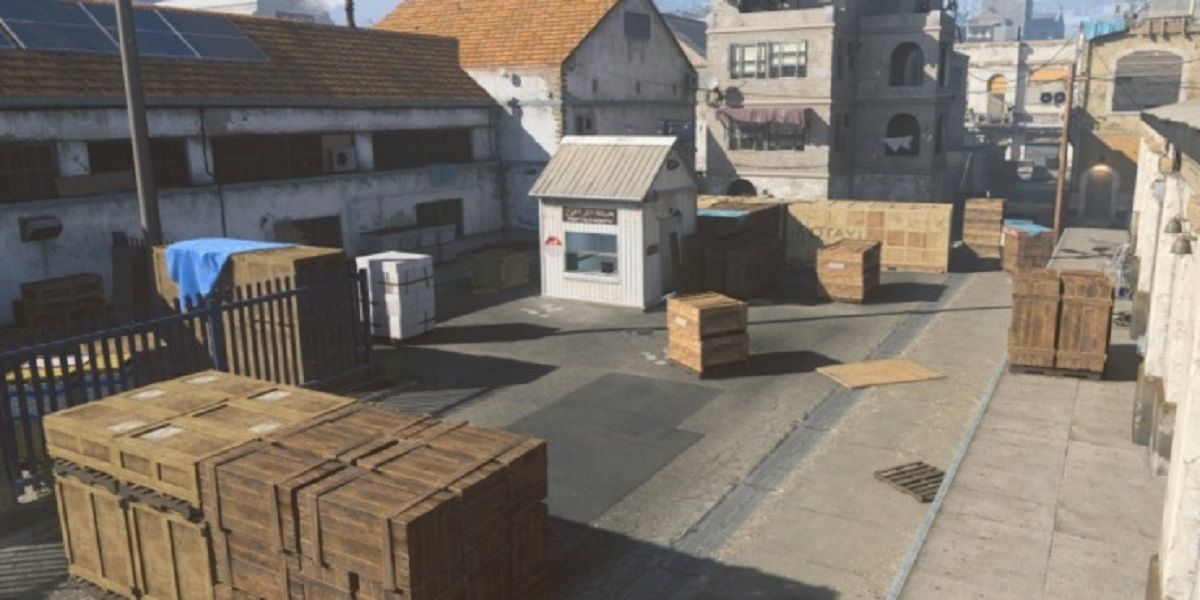 Snipers can leave the trench work to the submachine gunners and shotguns, but be smart and work with the team to create an outer perimeter in case the short-range guys are taken out. Use the upper level of the warehouse on the Allegiance side or the upper-most spot in the Containers area to hold the line and ensure the team does not lose momentum (even when an enemy goes on a killstreak and wipes out the forward-most part of the team).

Another great (but riskier) spot is the Guard Booth area with the wooden crates off to the Allegiance spawn’s left. If the area is safe enough to set up a light machine gun nest or post a sniper, the vantage point of the B flag courtyard can be extremely powerful for long-range players. 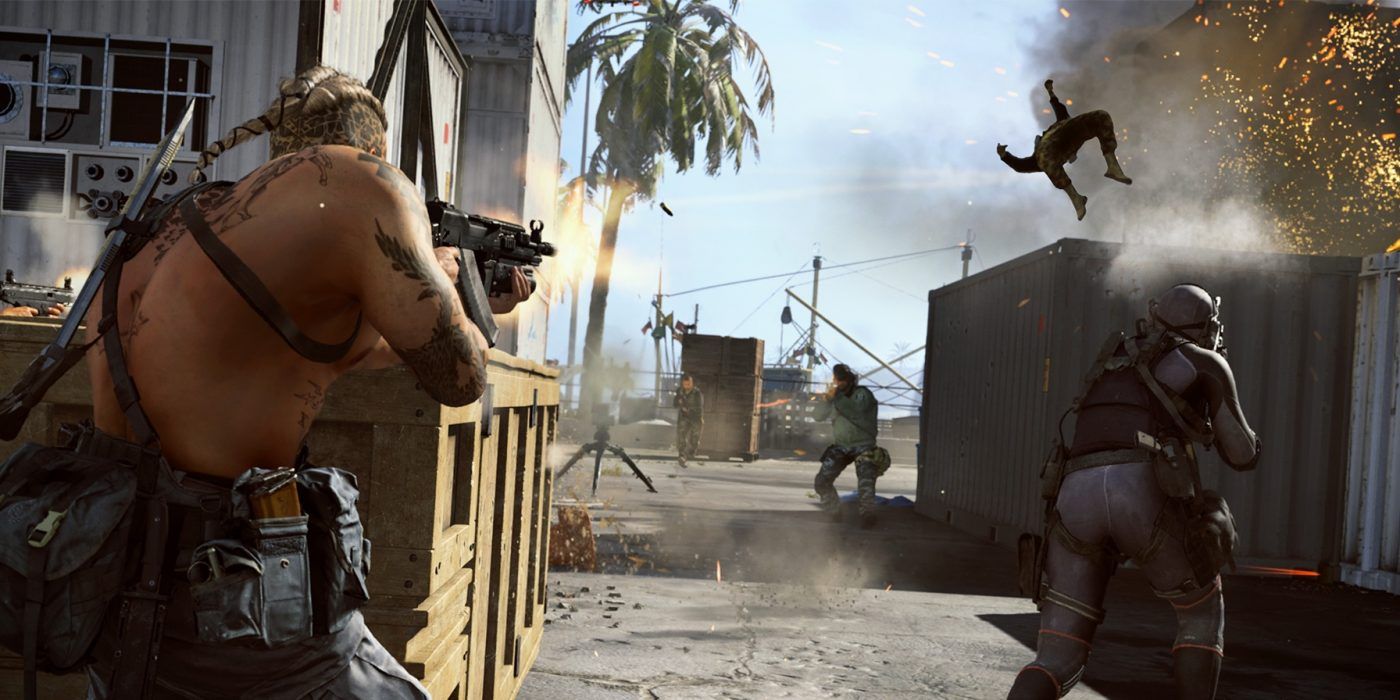 Nobody likes a camper (though they’re the subject of some quality memes), but the mounting mechanic is one of the most underrated parts of the game. On this map in particular, mounting can really help cut off those flanking routes and keep the pressure on choke points.

Combine this strategy with a Tactical Insertion or Munitions Box and enemy players will have a rough time. At the very least, this will divert their attention away from objectives or the center of the map in order to take out a pesky mounted gun.

Look Left And Right Instead Of Forward And Back 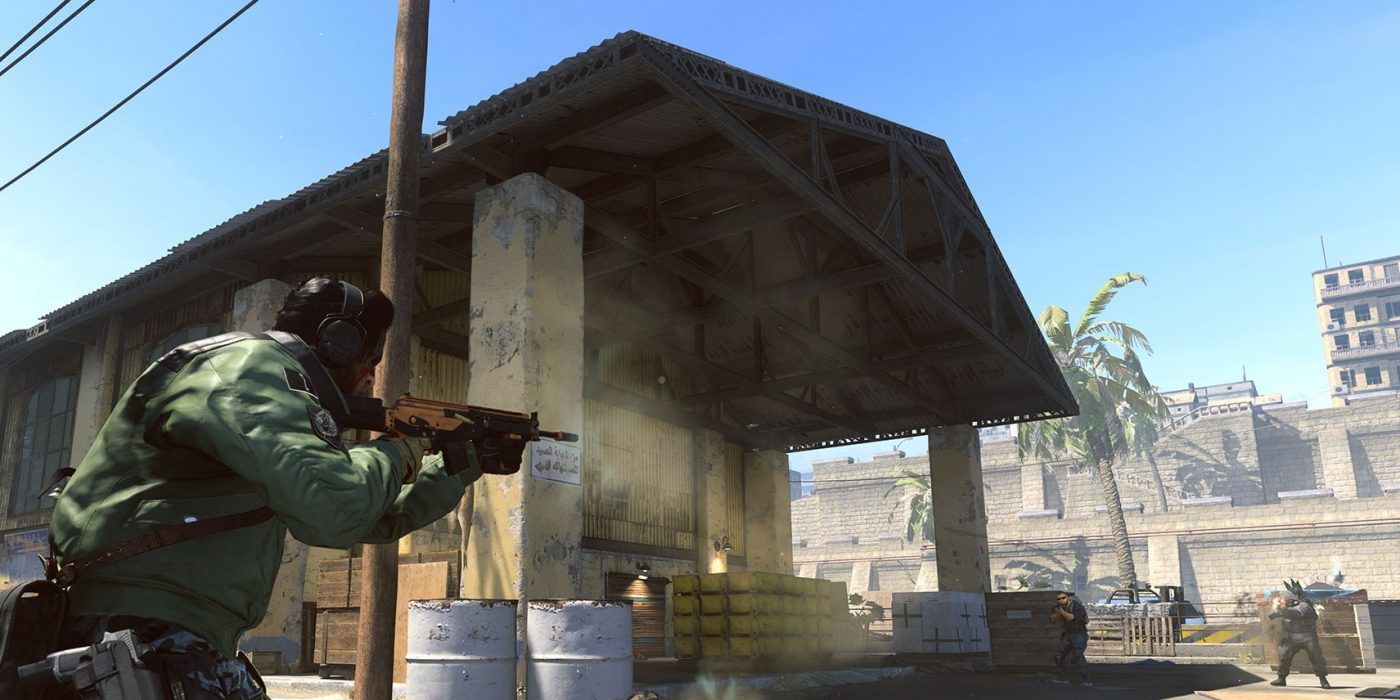 These cross-fire lanes are the perfect place for a light machine gun to lay down fire and put even more pressure on the enemy.

The Two Power Towers In The Map 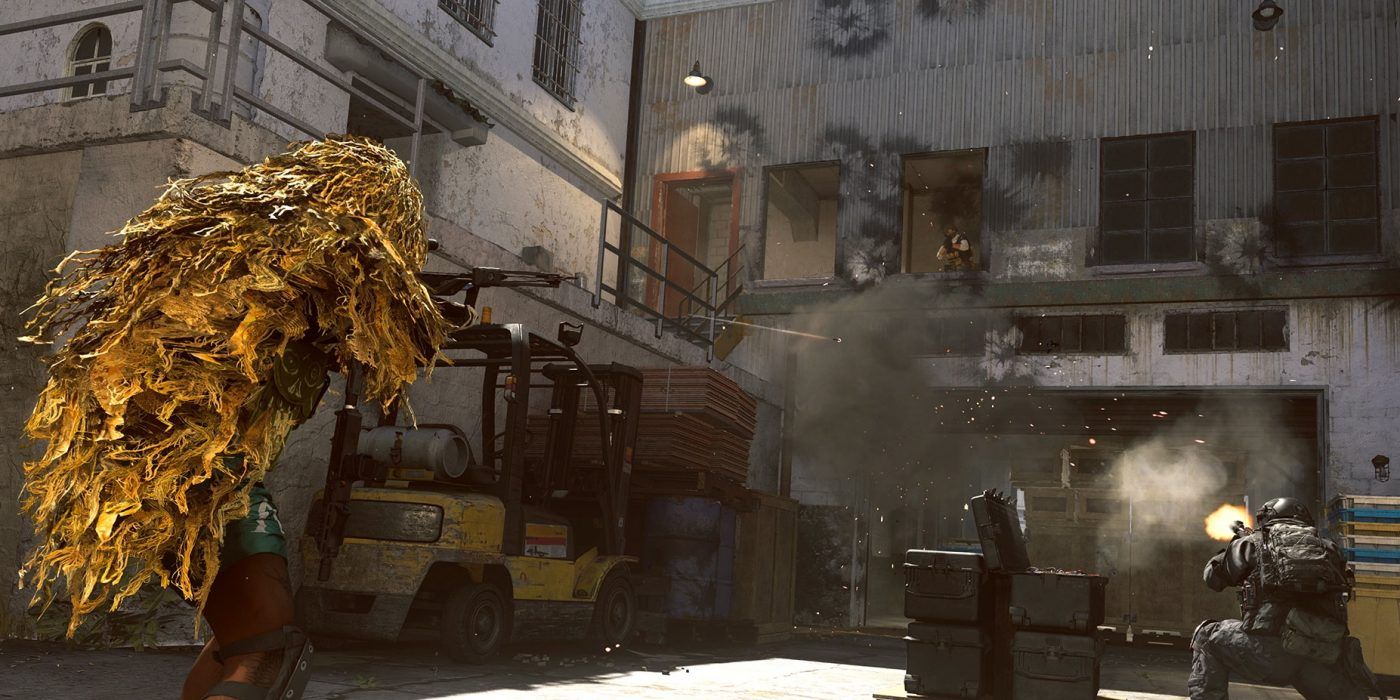 Many Call of Duty maps feature prominent ‘power towers’ (Atlas Superstore is a prime example) and Suldal Harbor is no exception. In this map, the two areas that are great for long-range players to control are the second storey Break Room of the Warehouse and the uppermost part of the Containers area.

These two high spots in the map provide overwatch to crucial choke points, and both are only accessible from one route. This makes them extremely valuable for a sharpshooter or a light machine gun laying down suppressing fire. Combine them with a Deployable Cover for maximum effectiveness.

NEXT: 10 Ways To Level Up Fast In Call Of Duty: Modern Warfare 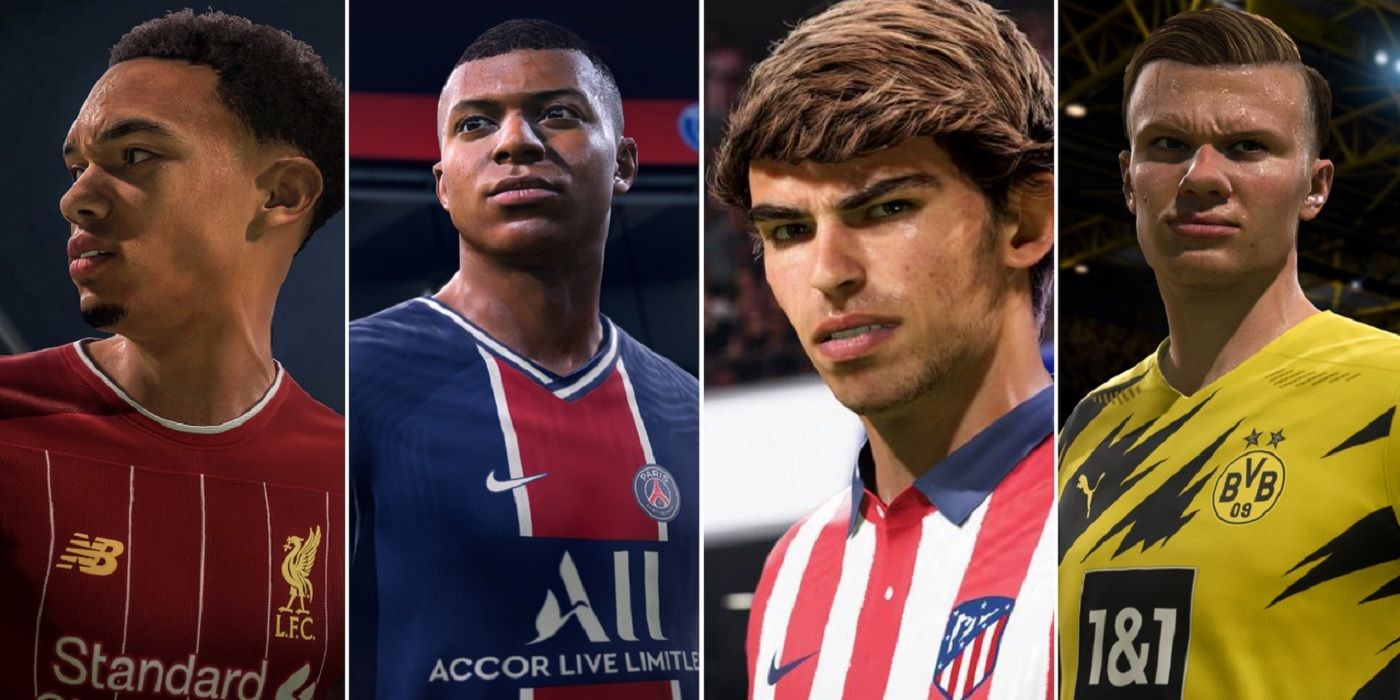 RELATED NEWS
Xbox Live DOWN: Server status latest, as fans unable to get online
New Gameplay Today – Olija
Sea Of Thieves Season One Kicks Off This Week
Flames Of Ambition DLC Brings The Gates Of Oblivion To Elder Scrolls Online This March
Recent Posts
This website uses cookies to improve your user experience and to provide you with advertisements that are relevant to your interests. By continuing to browse the site you are agreeing to our use of cookies.Ok