You are here:
Home / Call of Duty Mobile Gunfight in Gulag tips: Last chance to play ahead of Season 8 launch

Call of Duty Mobile Gunfight in Gulag tips: Last chance to play ahead of Season 8 launch 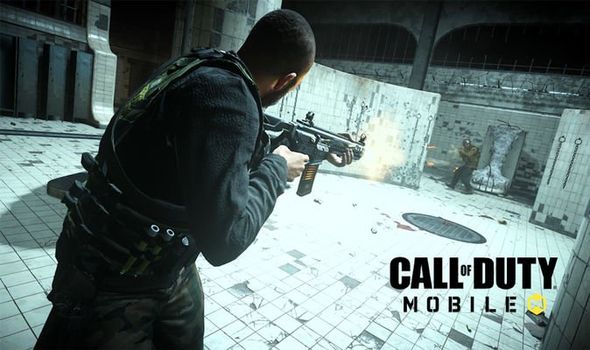 Call of Duty Mobile Season 7 is coming to an end, as Season 8 launches later this week. A new season of Call of Duty Mobile means brand new maps, modes and even a selection of new operators. The bad news is that you can also kiss goodbye to existing limited time game modes, including Gunfight in the Gulag. This 2v2 tactical mode takes place in the iconic Gulag from Warzone, the Battle Royale experience from the world of Modern Warfare.

It’s a close-quarters map, which means strategy, precision and aggression are integral to success.

With just a few days left before Gunfight in the Gulag is replaced by a new limted game mode, Daily Express has teamed up with Activision to bring you some tips for success in the popular multiplayer experience.

If you want to score one last victory in Gunfight in the Gulag before it disappears for good, check out the pro tips below…

The Gulag is a small, symmetrical map featuring three distinctive vertical lanes that offer a clear view from one spawn to the other.

With only a few rows of sinks and shower stalls between you and your enemy, it is essential to use cover and visual obstruction to evade your opponent.

Despite cover being available, the key to manoeuvring and manipulating your environment to your advantage requires agility and experience in the gulag.

The closed-off map is small enough for every sightline to be perilous. By dodging and weaving between cover and anticipating the movement of your enemy, you should make it out alive.

There are no custom loadouts to assist you and all players are equipped with the same artillery. You will have both a primary and secondary weapon as well as lethal and tactical equipment. All weapon classes are available, from assault rifles to sniper rifles and pistols and launchers available as secondary.

Contrary to your natural instincts, the first tip for success is when in the Gulag resist the reload.

Getting caught mid-reload can be seriously detrimental. Switch to your secondary rather than reloading amidst gunfire to finish your opponent.

Secondly, use all your tools, smoke grenades to disorientate and grenades to force movement from your enemy. Remain on the front foot by pushing your enemy exactly where you want them.

Sounds simple but there is an art to it. When low on health and the flag is in play, you’ll need to either make a move for your opponent or the flag, but don’t be indecisive. If you’re in this position the objective can be used as bait in Overtime. When the pressure becomes insurmountable and the enemy makes a dash for the objective, you’ll be waiting for them.

To master the Gulag, you need to have a wide understanding of the weapons which are at your disposal. It’s no good knowing one or two, so go out and test all variations.

What is also key is communication. Especially in the Gulag where enemies can quickly vanish from sight, it’s essential to find a teammate on your wavelength who will give concise feedback on their situation.

And finally stay relaxed. Draw a line in the sand even if you are multiple rounds down, keep your cool, counter and remain strategic.