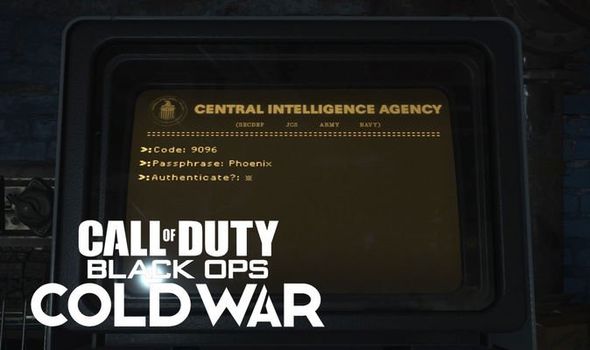 Call of Duty Black Ops Cold War launched this week, with Treyarch and Raven Software’s 80s COD game out now on the PS4, PS5, Xbox One, Xbox Series X and S and PCs. Like most Call of Duty games, the action is fairly linear but Black Ops Cold War players can take on two additional missions from the Evidence Board in the safe house. One of these is Operation Chaos, and central to this side mission is a floppy disk that players will have to decrypt.

If you’re struggling to decrypt the Call of Duty floppy disk then don’t worry, Express.co.uk is on hand to held you solve this Operation Chaos puzzle.

To complete the Operation Chaos floppy disk challenge, you need to collect three Evidence collectibles in other missions.

• A Coded Message: This piece of evidence can be collected from Quasim at the end of the Nowhere Left to Run mission. It will be obtained once you get him to talk about Arash, so make sure you don’t throw him over the edge.

• Number Station Broadcast: This piece of evidence can be obtained during the Brick in the Wall mission. Lookout for an audio reel lying in a warehouse, which helpfully will be marked Operation Chaos. You will come across this just as you free the informant.

• Front Page of the Observer newspaper: This piece of evidence will be found upstairs in the retro bar during the Redlight, Greenlight mission.

Once you have all of these bits of evidence decrypting the floppy disk will have to be done in two parts.

Lookout for the red and blue numbers that appear in a sequence. You’ll have to then figure out the missing numbers.

The red and blue numbers have separate patterns – once you figure this out you can determine the two missing numbers.

You then need to take the missing numbers, which should combine to make a four digit code, and then look at the Number Station Broadcast.

Your new code should correspond with the name of a city – Memphis. Enter this as your first answer on the decryption page. 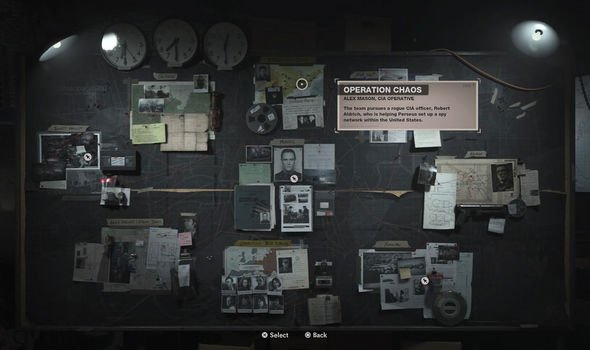 Then, for the second part of this decrypting puzzle you’ll have to obtain the floppy disk code.

To get this, you’ll have to begin by looking at the Front Page of the Observer newspaper.

You should see letters highlighted in red, which when put together make up the name of the city Orlando.

Then, listen to the Number Station Broadcast once again and listen out for the code that goes with the city name,

This should be 3,7,1,0 – use this code in the second area of the disk decryption screen to unlock the floppy disk and solve the puzzle.

RELATED NEWS
Amazon's Build-A-PC Cyber Monday sale has crazy good component deals
SAB Biotherapeutics Awarded $57.5M from BARDA and U.S. Department of Defense for Manufacturing of SAB-185 for the Treatment of COVID-19
3 Game Bundles Available for Oculus Quest’s Cyber Monday
PS5 Amazon customer receives toilet paper and fan heater, not console
Recent Posts
This website uses cookies to improve your user experience and to provide you with advertisements that are relevant to your interests. By continuing to browse the site you are agreeing to our use of cookies.Ok