You are here:
Home / Bravery And Greed: What Are Prayer Shrines?

Bravery And Greed: What Are Prayer Shrines?

When starting a new game of Bravery And Greed's Adventure Mode, your character touts no special skills or gear. Instead, characters improve their abilities by paying homage to various shrines throughout the dungeon.

These shrines are essential in Bravery And Greed's campaign, building the character that best fits your play style. For example, aggressive players can devote their efforts to the God Of Chaos, earning offensive boosts. Or, they can follow the Path Of Order and construct upon their defensive skills. It's a deep character progression system that values the significance of choice.

What Are Prayer Shrines?

Prayer Shrines are structures throughout the dungeon that grant your character power-ups and special abilities. When you approach your first prayer shrine in a dungeon, you must choose the God you wish to worship. This choice affects the kinds of power-ups you can equip throughout the game.

Other shrines, while honoring the gods of Bravery And Greed's lore, function differently than traditional prayer shrines. Still, visiting them grants unique blessings no matter the God you choose to worship. 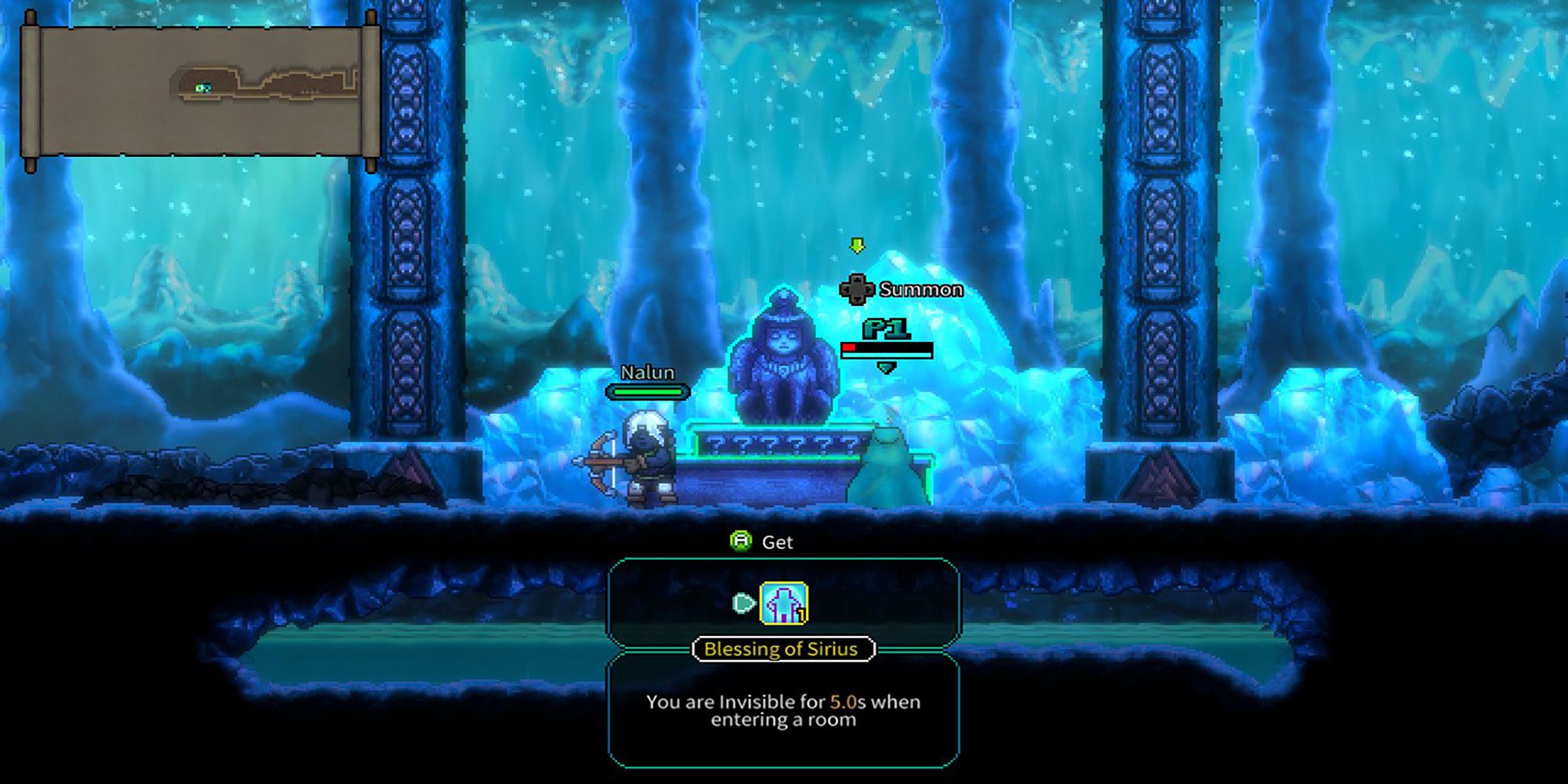 So, what shrines can you expect to encounter in your dungeon adventures? There are three that we know of so far. However, considering there are shrines you can unlock and add to dungeons, we anticipate this list will expand.

Prayer shrines are the most common shrines you'll encounter in Bravery And Greed. These shrines let you choose one of three power-ups depending on the God you follow. Besides learning new skills, you may also get opportunities to level up skills you already know. However, since shrines only offer three skills to choose from, much depends on the luck of the draw.

Deity Statues are recreations of each of the four Gods. Encountering one will grant you a blessing that applies to future battles. For example, visiting the statue that honors the Path Of Order will grant your character enhanced status regeneration for the next few fights.

The Sphynx is a rare landmark you can visit in the first dungeon, the Ice Caves, after unlocking the Magician arcana. Upon visiting the Sphynx, they will ask you a riddle. Correctly solving the riddle will grant you The Blessing Of Sirius, which rends you invisible for five seconds after entering a room. 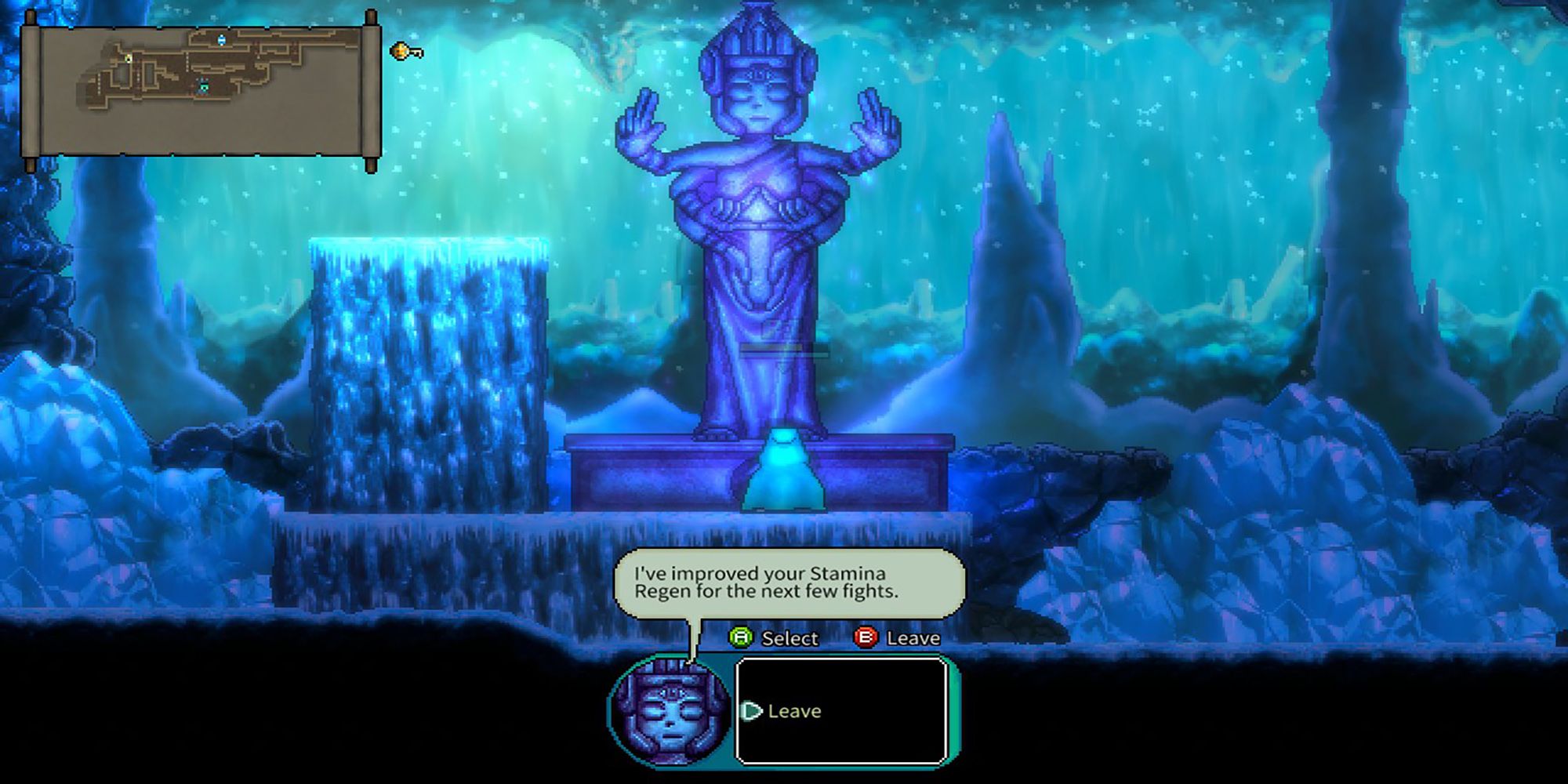 There are four gods in Bravery And Greed, each representing one of the four runes that open the portal to the Dwarven Gold Fortune. In turn, praying to each God offers benefits appropriate to their rune.

"Your inner fire will crush anyone who gets in your way."

The God Of Chaos rewards aggressive behavior, offering skills that compensate for reckless and defenseless actions.

The God Of Life grants effects that improve your defensive and technical skills.

Example: Mana Shield: Twenty-five percent of incoming damage gets absorbed by your Stamina. Your stamina pool increases by thirty percent.

The God Of Life offers health and support-related abilities.

Example: Serendipitous Healing: You have a forty percent increased chance of finding potions.

"Only fools give up when their dream is within reach."

The God Of Darkness provides effects that reward ambition, sometimes with a significant catch.

Example: Chalice Of Greed: Picking up Gold heals you, but other healing sources have a -50 percent penalty.