Pokemon Legends: Arceus is a game unlike any of its predecessors in the Pokemon franchise. Eschewing the route-based progression of the traditional games for something inspired by open-world titles, the game is its own monster.

It’s for that reason that you might feel lost at sea when it comes to picking out some teammates – the combat system is quite different, and what might have worked before might not be so effective now. With that said, if it’s Water-type Pokemon you’re after, the game provides plenty to choose from – here’s some of the absolute best in Hisui. 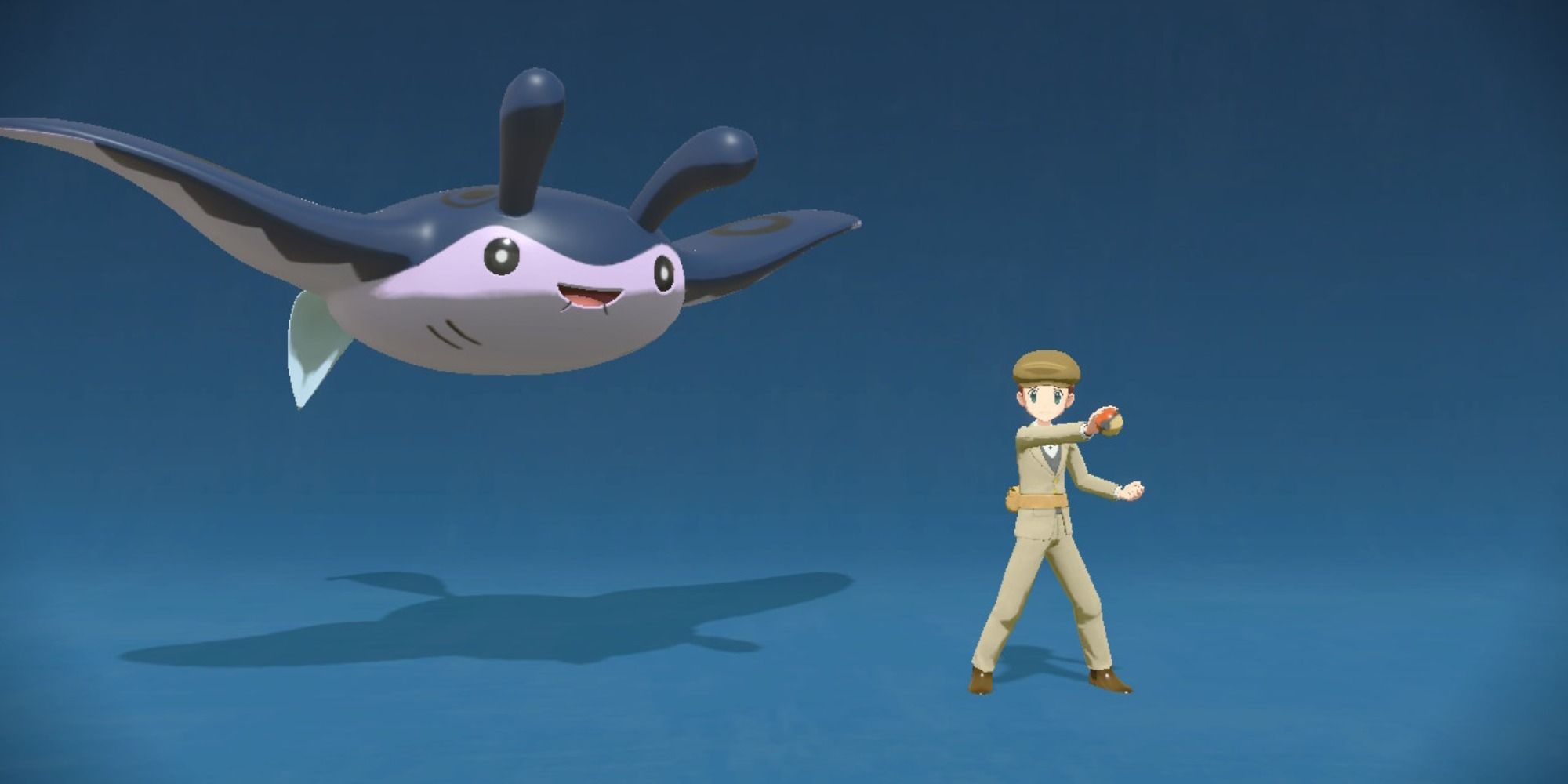 This beautiful manta ray Pokemon makes for a pretty good special wall thanks to its high HP and Special Defense stats. As long as it avoids Electric-type damage, you can rest assured that Mantine can tank a hit.

Add Roost or Rest into the mix, and Mantine becomes surprisingly proficient at stalling in a game where battles are incredibly fast-paced and it’s all too easy to get knocked out in one hit. Other great choices include Hydro Pump and Air Slash for STAB and the precious Ice Beam for coverage. 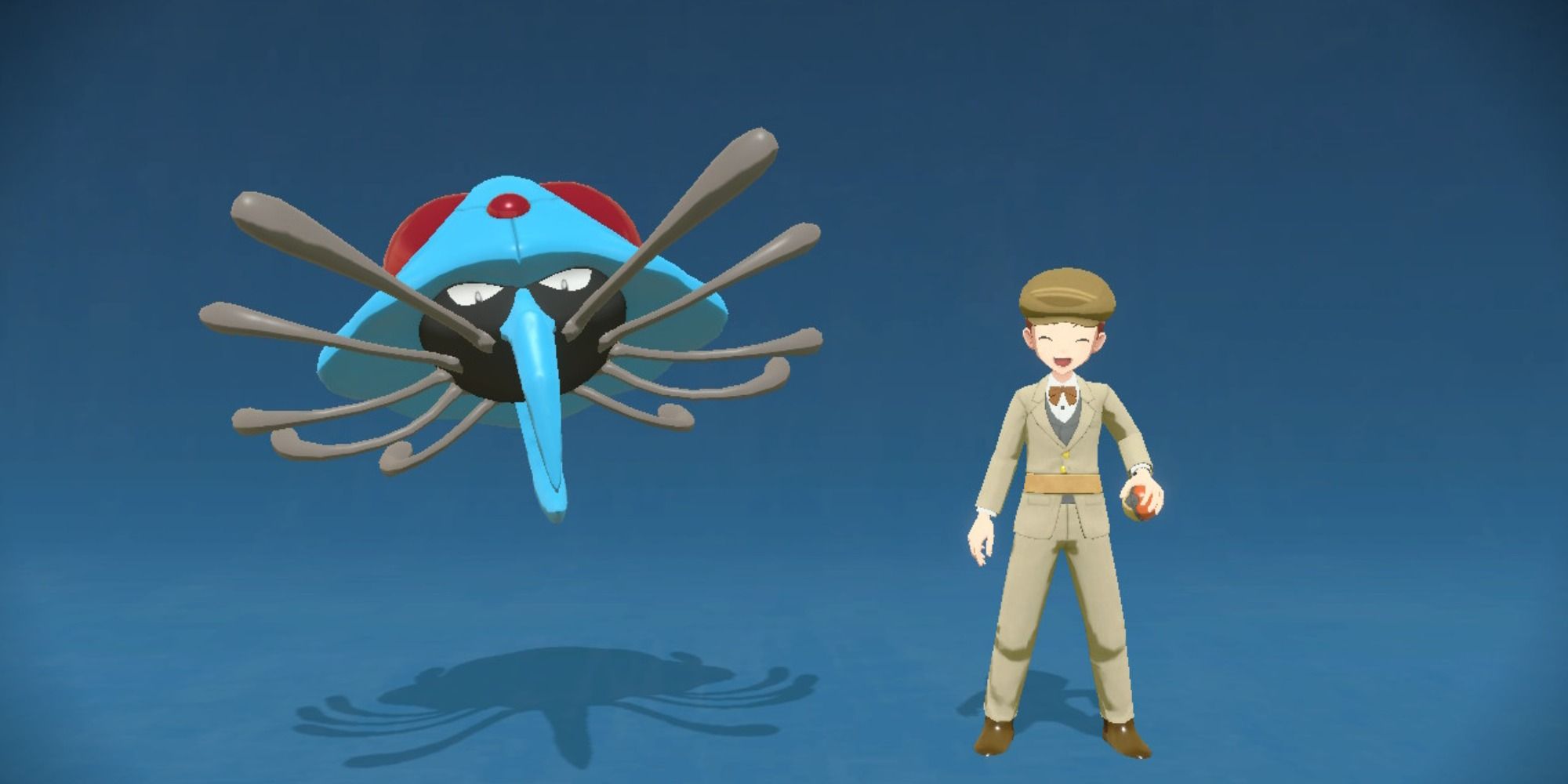 Tentacruel is another bulky Water-type with a Poison-type edge. Compared to Mantine and other defensive Pokemon, Tentacruel is geared a little more offensively, possessing great coverage with Ice Beam, Hex, and Dazzling Gleam.

Hex is especially great if you manage to get your opponent Poisoned, and with one of Tenty’s best moves being Sludge Bomb, this is an inevitable eventuality. Hex will deal double damage to your Poisoned foes, making Tentacruel a ruthless combatant. 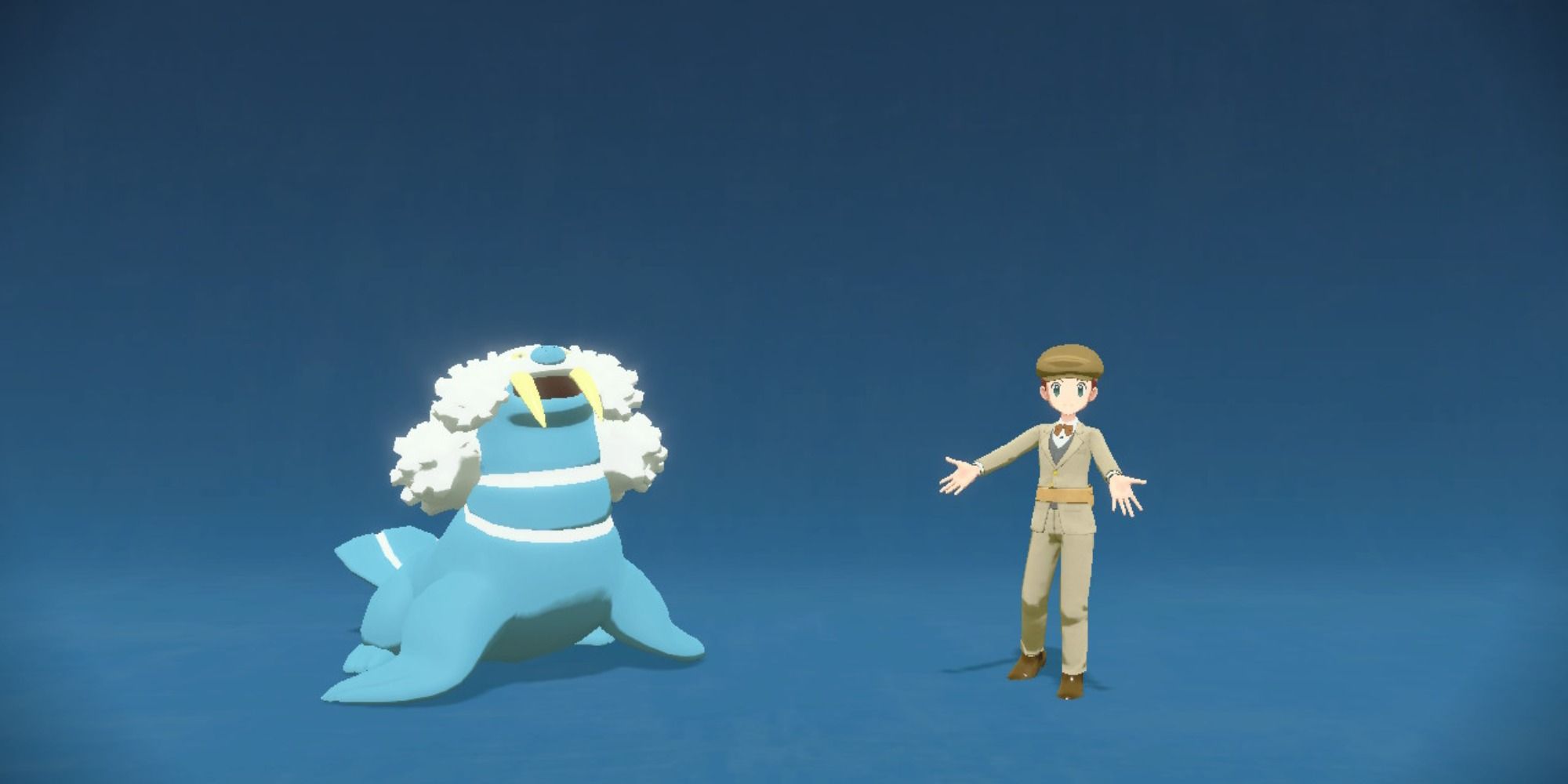 If you’re in need of a hard-hitting Water or Ice-type move, Walrein is the Pokemon for you. Liquidation and Blizzard are useful attacks in a pinch and should make quite the dent even in the hardiest of foes.

While a tad on the sluggish side, Walrein is a brute to go up against. You can test this yourself by taking on the Alpha Walrein in Cobalt Coastlands. Alternatively, catch it! It’ll be incredibly useful for some of the later fights in the game. 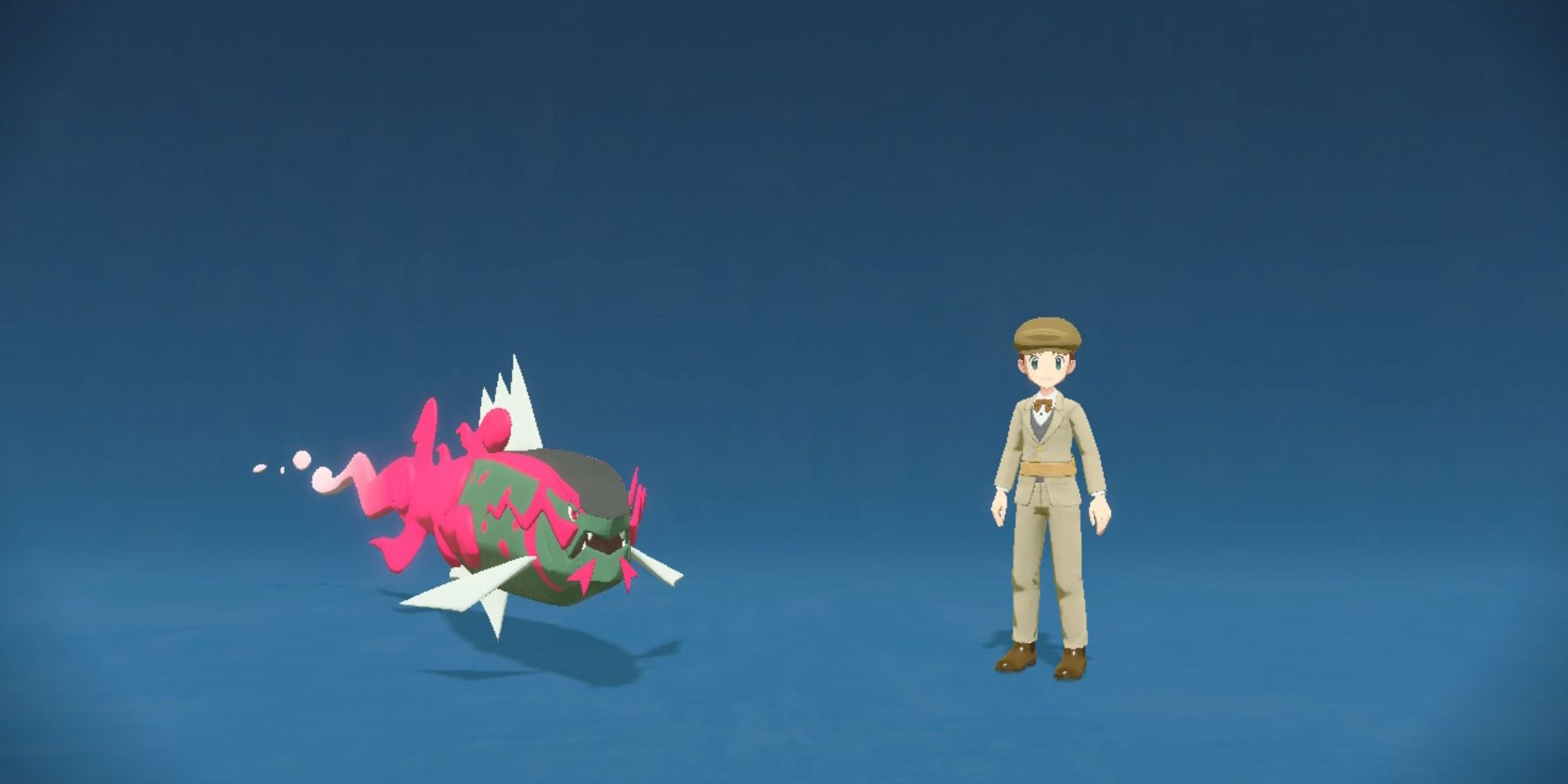 This grim new Pokemon is both Water and Ghost-type thanks to its source – surrounding itself with the souls of dead Basculin is a grim origin story. It does, however, make for a good Pokemon to have on your team.

Ghost is a great offensive type, and Basculegion is happy using Shadow Ball until the Miltank come home. Alternatively, make use of the incredibly powerful Wave Crash and Double-Edge moves to really put the hurt on your targets. Add in Crunch and Zen Headbutt for coverage, and you’ve got a well-made ghost-fish. 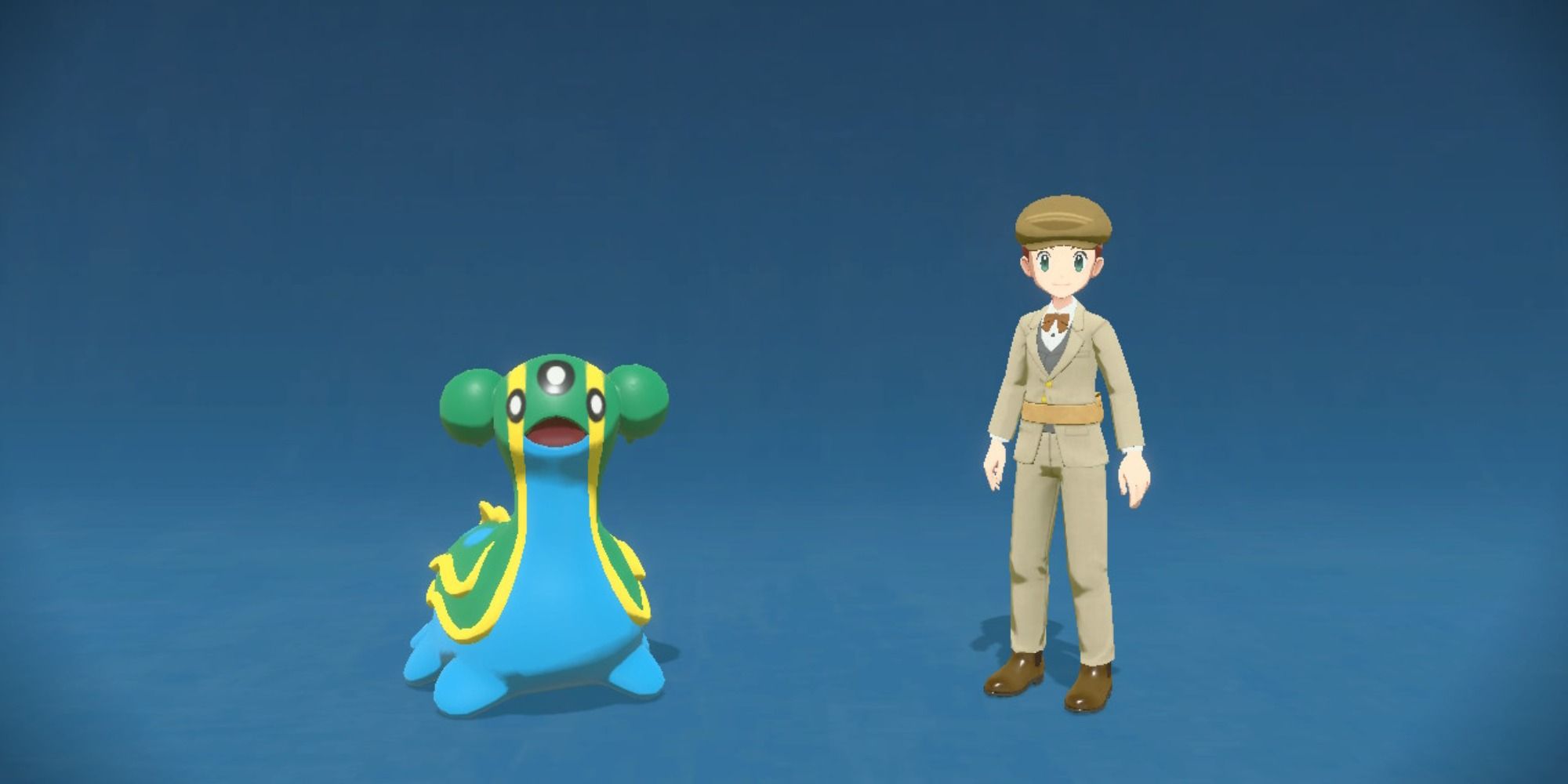 Whether you have a pink one or a blue one, Gastrodon is a handy partner to have in a fight. Water and Ground is a great defensive combination thanks to the abundance of Electric-type attacks and the relative rarity of Grass-type attacks.

Don’t ignore Gastrodon’s sizeable offense, though. Its Earth Power packs a wallop and is a great tool to have when going up against the bulkier Rock and Steel-type enemies of the late-game. The only issue when using a Gastrodon is picking which color you want! 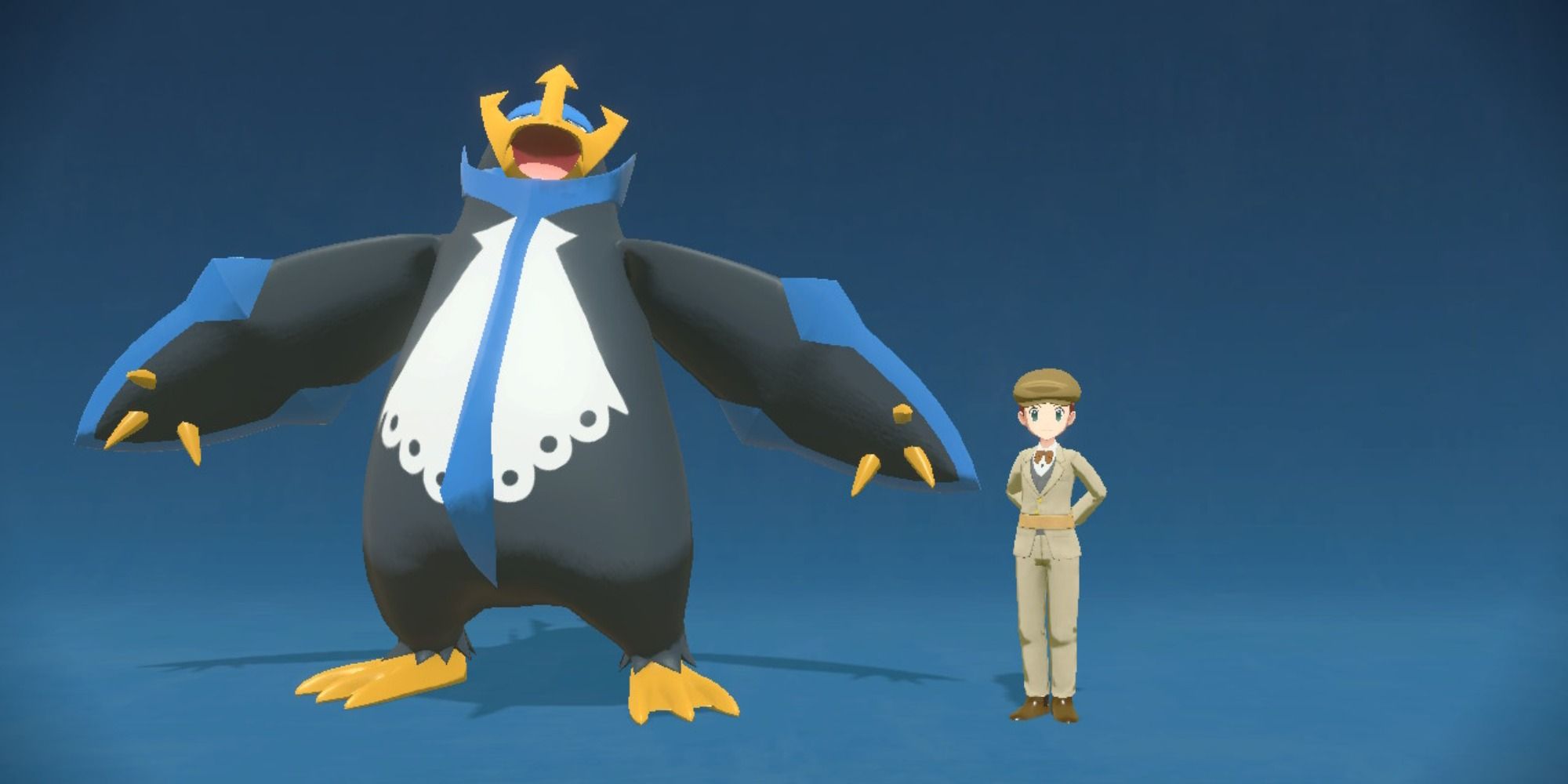 The fully-evolved form of the adorable Piplup is something to be reckoned with in Pokemon Legends: Arceus. Water/Steel-type is a great combination for a well-appreciated defense in the offense-centric combat system.

As far as its attacks go, Empoleon has some real stand-outs. From leveling up, it gets Flash Cannon, Liquidation, and Wave Crash for STAB moves, and from Zisu, it can learn some great beams – the brutal Steel Beam and the ever-amazing Ice Beam. 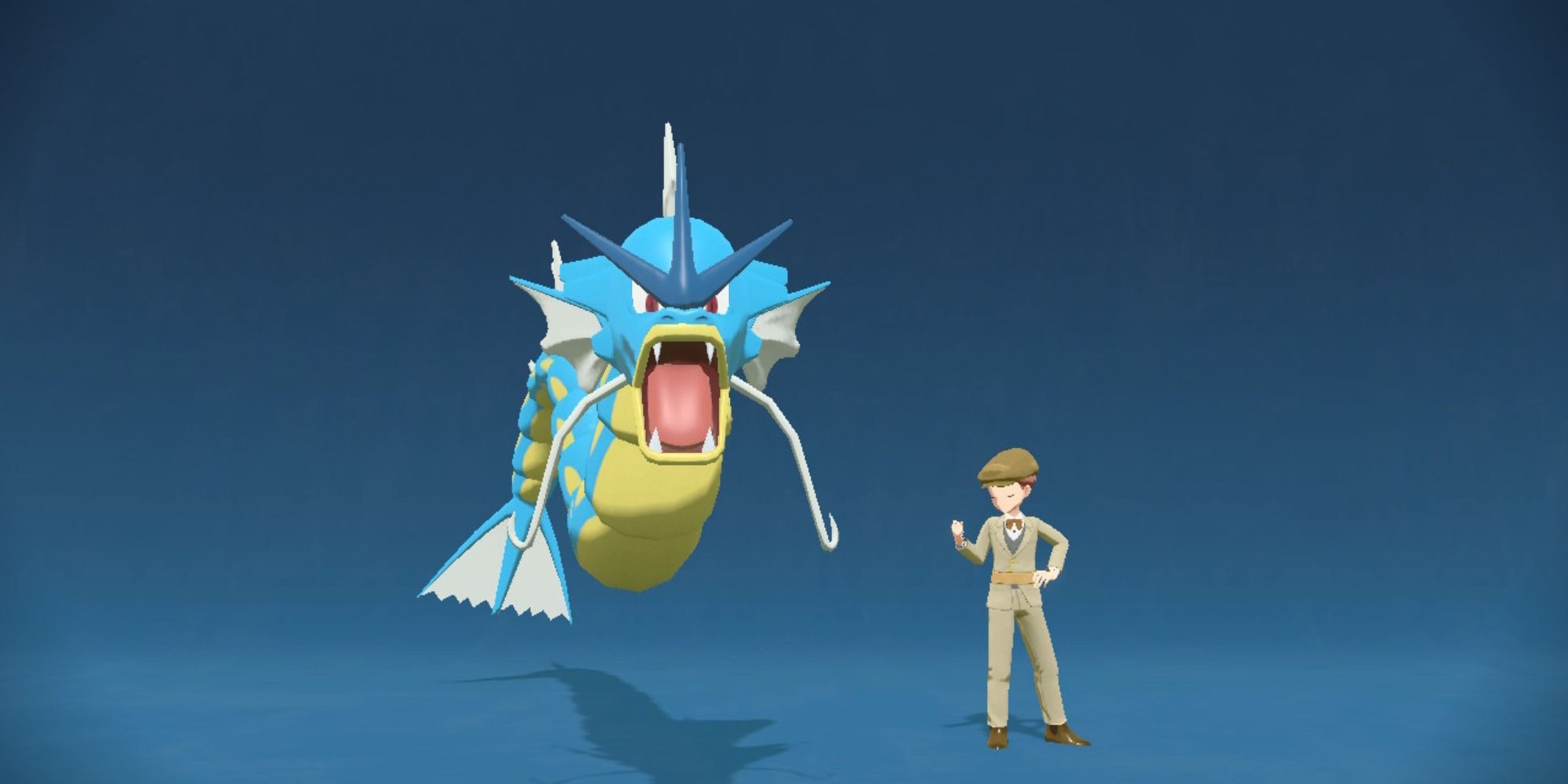 Gyarados has always been a highlight of Pokemon when looking for a great physical attacker. You almost can’t go wrong. The issue with Gyarados in this game is that its level-up moveset isn’t the best, so you can spend a lot of time with sub-par moves.

Once you’ve got enough money and have poured it into Zisu, on the other hand, Gyarados has access to a moveset of Aqua Tail, Stone Edge, Outrage, and Ice Beam. You won’t want for much with that sort of firepower behind you. 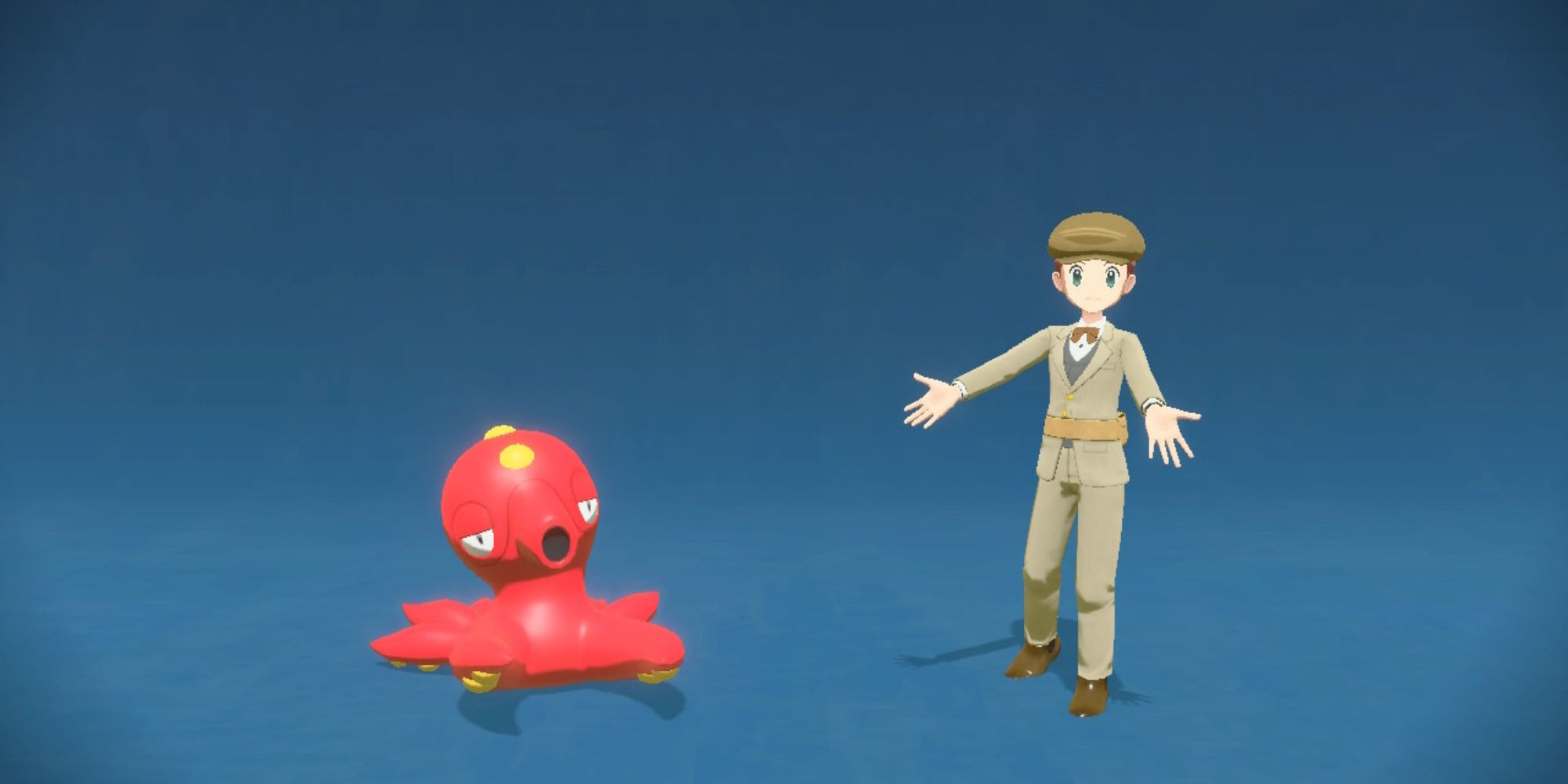 In Pokemon Legends Arceus, super-effective moves really are the name of the game. Get off a Strong Style move with a typing that your foe hates, and there’s a good chance your target is going down. Octillery thrives on this.

Not only does its movepool have Octazooka, which ups Octillery’s evasion, but its type coverage is phenomenal. Nothing is safe from the eight-legged menace with Ice Beam, Sludge Bomb, Flash Cannon, Flamethrower, Psychic, Energy Ball, and Charge Beam. 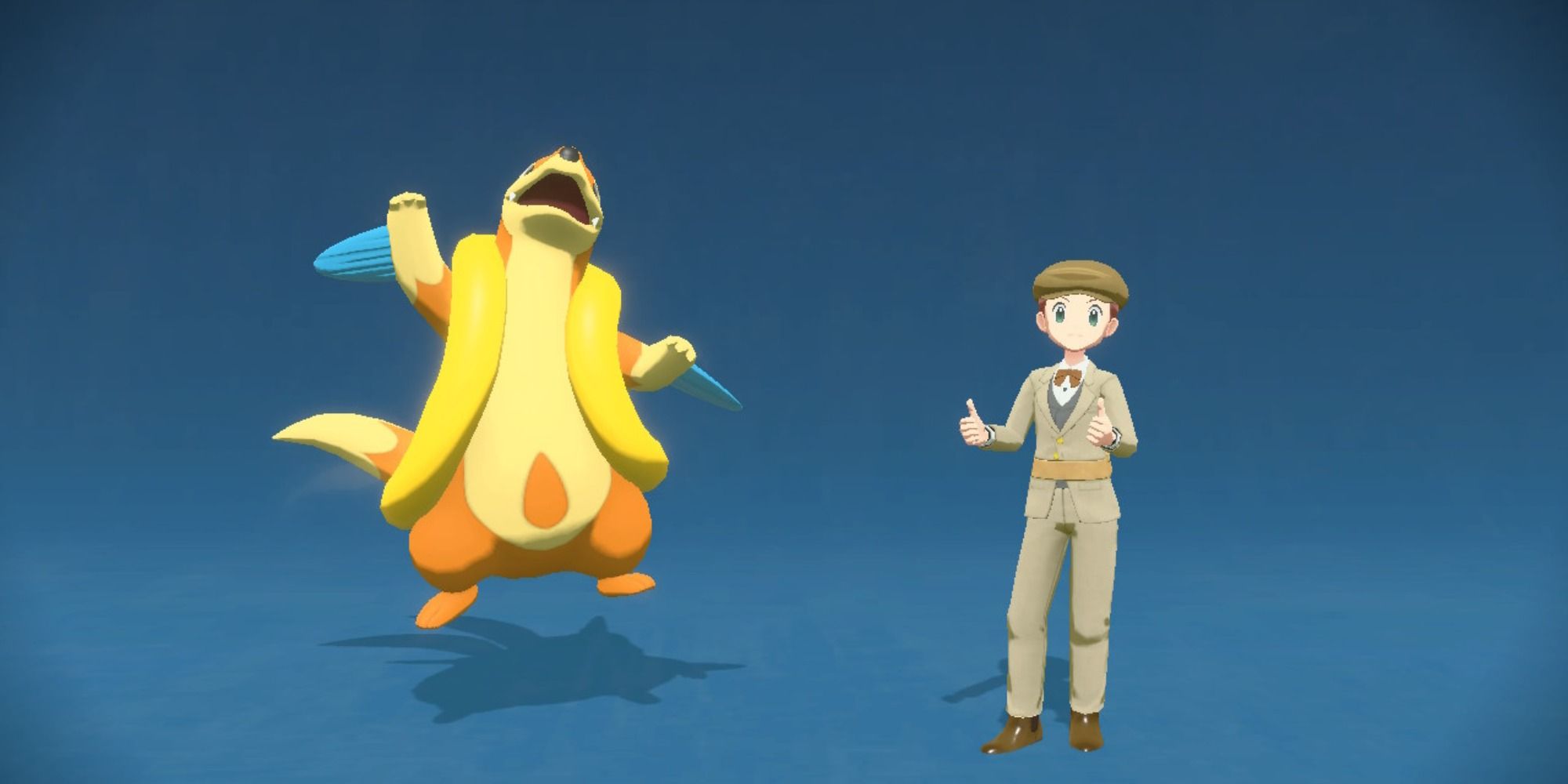 While it isn’t the strongest attacker in the game, Floatzel has a lot going for it. It can use both physical and special attacks pretty well, and its speed is high enough not to be an issue in most cases. These points alone give it the flexibility that many other Pokemon are missing.

Floatzel’s movepool is pretty standard for a Water-type mixed attacker, but Crunch, Ice Fang, and Iron Tail are notable inclusions. A good range of moves will ensure that Floatzel always has something in its repertoire – you don’t want to have to switch Pokemon in a game like this; getting hit at all is dangerous. 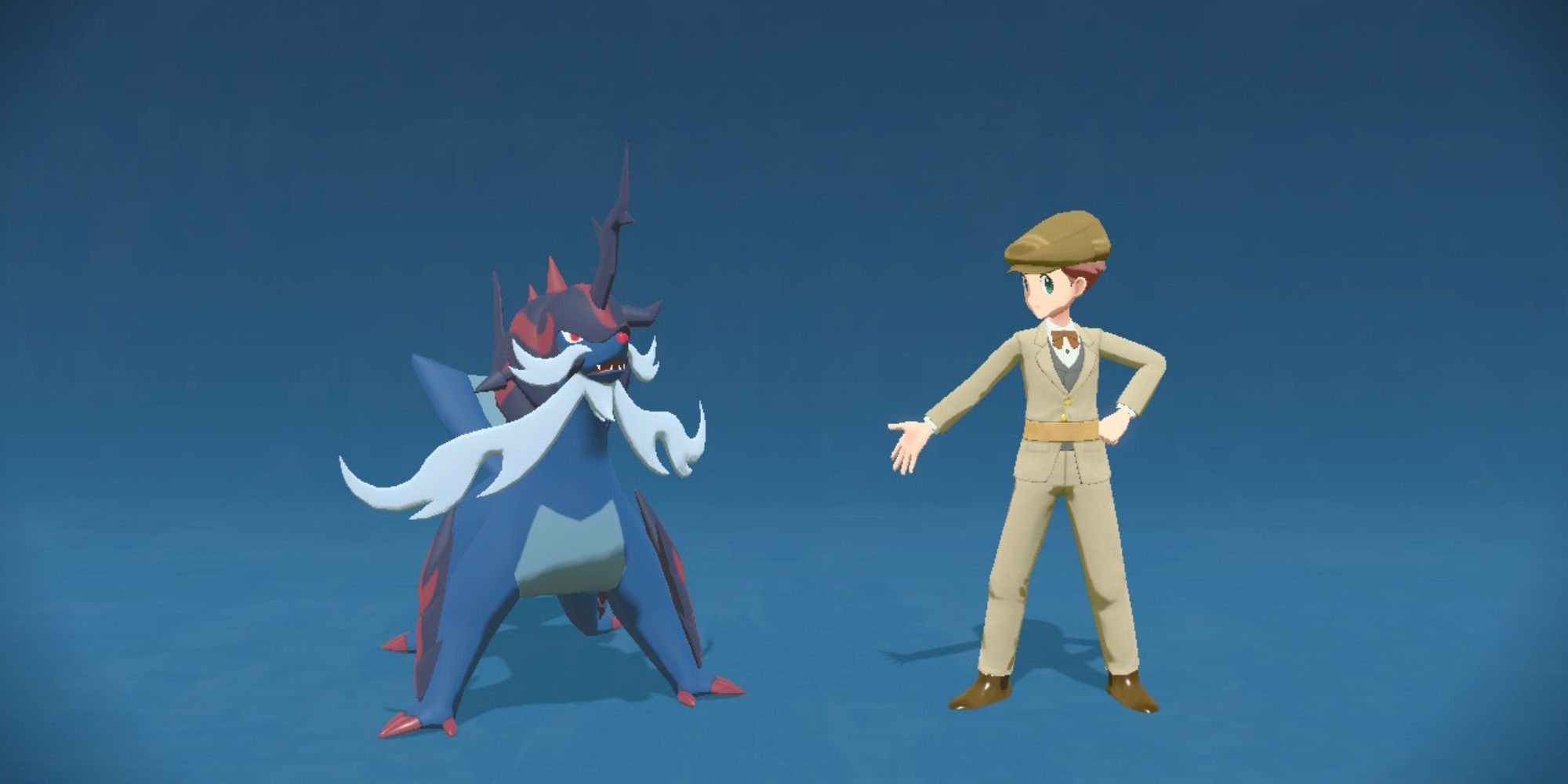 Whether you started with Oshawott, picked one up in a Distortion, or reached the post-game and received one from Professor Laventon, the new Hisuian Samurott is a great Pokemon. It’s a brutal physical attacker with an amazing spread of moves.

Between Aqua Tail, Ceaseless Edge, Psycho Cut, X-Scissor, Iron Tail, and Swords Dance to top it all off, Samurott always has an answer to a question presented before it. You’ll have to change your moveset around a lot, but the effort will pay dividends.