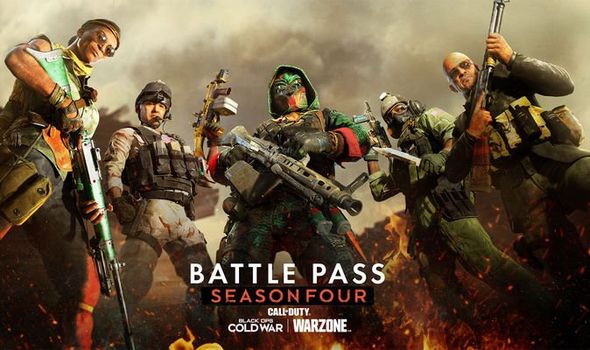 The best Warzone loadout for Season 4 is currently influx, but there are already signs that the MG 82 will be a contender.

The last few weeks of Season 3 didn’t contain an overall winner for every fight in Call of Duty Battle Royale, and some fans found this to be a welcome relief.

You could play a number of different strategies without needing to have that one special weapon in your loadout.

But with the start of Warzone Season 4, changes have been made, and new guns have been added to the roster.

And one loadout that has been highlighted as a coming meta weapon is the new MG 82.

The MG 82 is an LGM with a top fire rate that boasts decent recoil, making for a spicy combination.

Including the weapon’s big magazine, the MG 82 has the right stats to be used with devastating effects around Verdansk and Rebirth Island.

The only thing holding it back right now is that you need to unlock the MG 82 before you start wielding it.

That means many Call of Duty fans might not have it yet as an option, something that is bound to change over the coming days.

To unlock the MG 82, gamers have to reach level 31 on the new Season 4 battle pass. This is a free tier, meaning you don’t need to make any additional purchases.

With that in mind, it will take some gamers a while before they can reach the right tier and then move onto leveling it up.

And it should be noted that developers Raven Software is ready to make more weapon changes over the coming weeks.

This means that any current meta could change drastically when the next Warzone update is released.

A message from the team reads: “In a future patch, we will be making sweeping balance changes to Weapons.

“At a high level, Warzone is a game about engagements. The more time we allot to mechanical and strategic expression within engagements, the higher the ‘skill ceiling’ and the longer our personal journey of mastery.

“We believe the frequency of those engagements and how we navigate them heavily contributes to the overall level of fun. We want to enable more escapes from impossible situations, moments of finesse, epic outplays, and opportunities to flex exquisite marksmanship.

“Due to some Weapons being far more lethal than others in their class, we feel a reduction in the efficacy of those outliers is necessary. We expect these changes will bring the average Time to Kill up by approximately 60 to 100 milliseconds.

“These changes will not only increase the overall capacity for skill expression, but should also introduce some Weapons into viability that have not yet had a chance to shine.”

The Best Warzone MG 82 loadout for Season 4 so far:

But before you go ahead and put a lot of time into the MG 82, the future weapon changes teased by Raven Software are expected to make big changes and could leave a lot of other guns ahead of the MG 82.

Other weapons that are considered top choices in Warzone Season 4 include: