You are here:
Home / Best SP-R 208 Loadouts In Call Of Duty: Modern Warfare 2

The SPR-208 is one of the best Marksman rifles in the game. You access it extremely early, and it doesn't require much to get it hitting really hard. Obviously, running around with a Bolt Action Rifle in Call of Duty: Modern Warfare 2 is an acquired taste, but it's a totally viable playstyle that can be extremely effective – as long as you hit your shots.

You can run this as a quickscope-style build or as a sort of sniper loadout that has a bit more mobility. A lot of the dedicated snipers in this game are pretty slow, so it's a viable option to roll with the SPR instead. 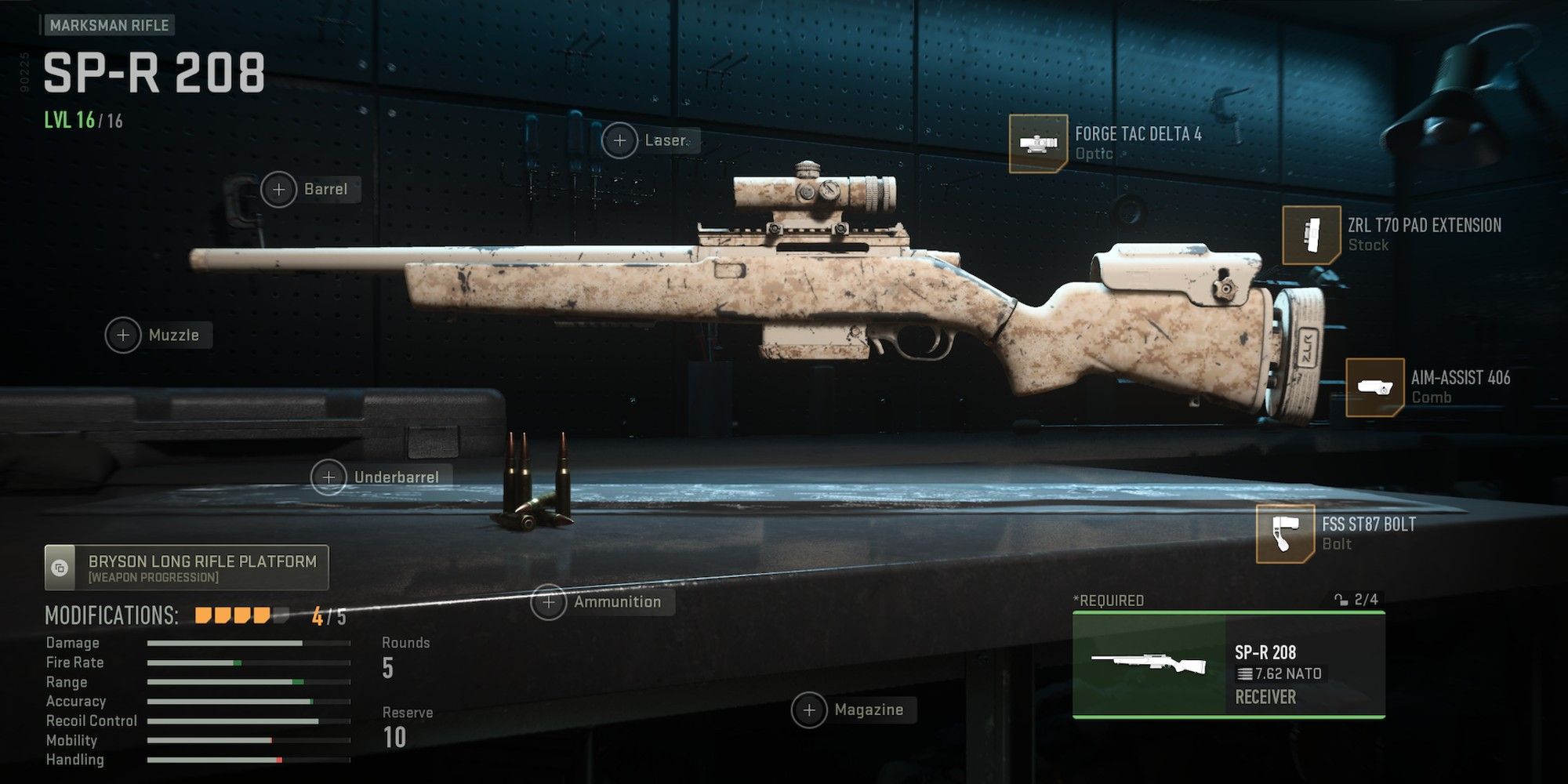 Many of the attachments for the SPR-208 are about stability, recoil control, and damage range – all of these things are useful for bigger modes like Ground War, but playing in general multiplayer you probably want to focus more on ADS speed and movement speed, especially if you're running and gunning. Here's a look at an example loadout.

In terms of sights, this is totally personal preference. The larger the sight, the slower it takes to aim in. We ran quite a few games with the 6x scope and found it to work pretty well for close/medium/long range shots. The SPR won't out-gun an actual Sniper at that sort of really long range, but for the majority of standard multiplayer maps it's a perfect fit.

We also experimented a lot with a barrel/without a barrel attachment. The 12.5 Inch Carbon Barrel is ideal if you're really going close-quarters sniping, while the 16" is more of an all-rounder. All we can say is to try out both for yourself and see which fits your playstyle.

The Aim-Assist 406 (great name) is designed to help you scope up quicker after sprinting. It's ideal for this sort of fast-paced build.