You are here:
Home / Best Kastov 762 Loadouts In Call of Duty: Modern Warfare 2

The Kastov 762 is a powerful, versatile assault rifle with several variants, including the RPK, Kastov 545, and the 74-U. This is part of the new unlock system in Call of Duty: Modern Warfare 2 that means you have to play through various weapons to unlock others. These loadouts are built around the starting Kastov – we will expand on the other variants in other guides.

Most of the guns in Modern Warfare 2 can be fully customized to create a variety of loadouts. Some for close-range, which is what we'll mostly highlight here, as well stationary/high-damage builds. We try to focus on at least one "meta" build, but also provide some different attachment, perk, and tuning options for different playstyles.

We will continue to adapt these loadouts as the meta changes in the game. 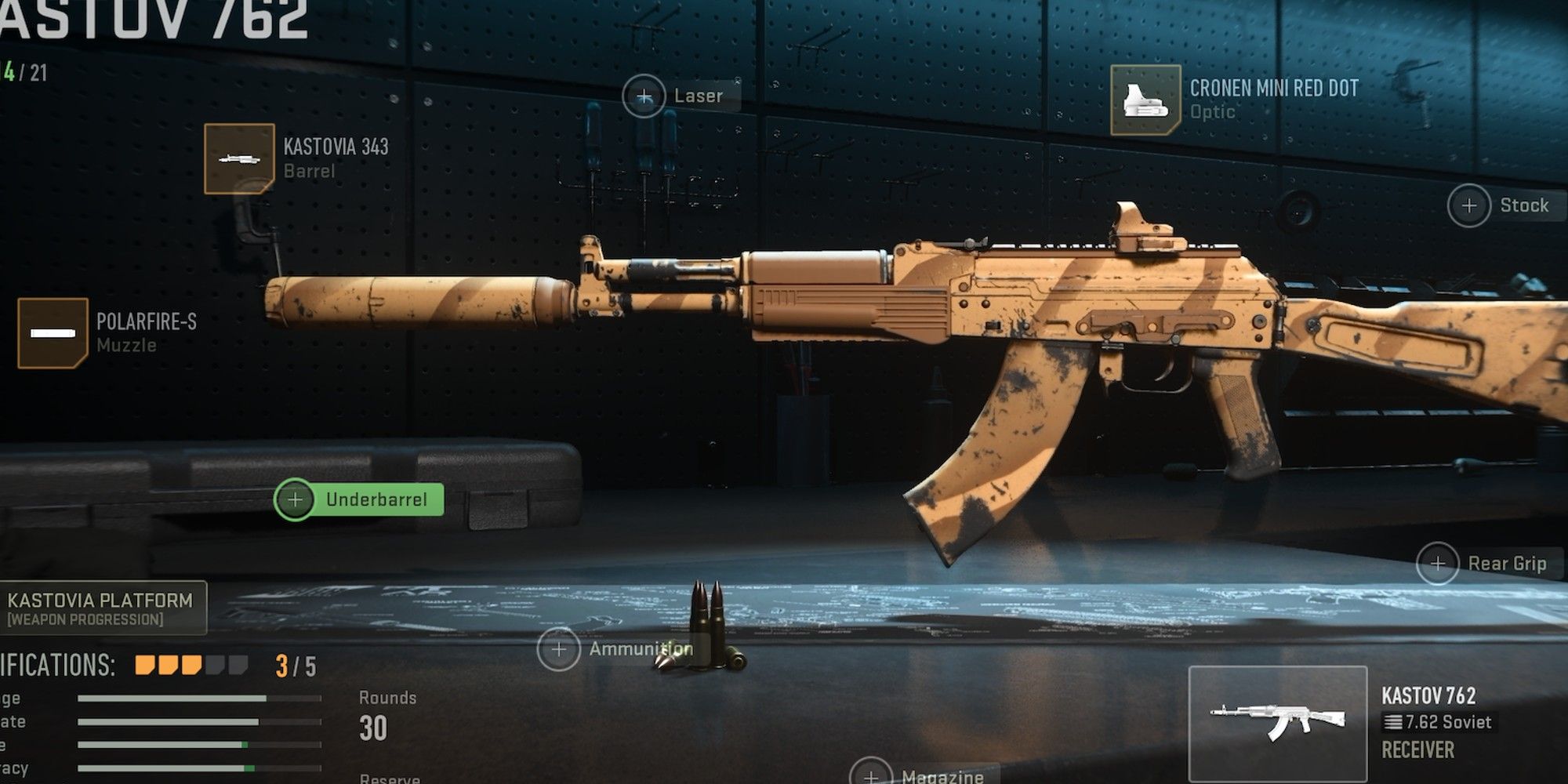 This loadout is designed around a fast-paced style of play. You'll want to grab Double Time and Battle Hardened if possible for perks, or you could switch out to Tracker depending on your preference. In terms of the gun's attachments, we're going for a four out of five possible slots on this – sometimes, less is more.

Even with the addition of the grip, the Cronen Grooveshot, we've noticed that this significantly decreases ADS speed. If you want to really run and gun, just go for three attachments: the Barrel, Suppressor, and a Sight. ADS speed is so important when you are jumping around the map – getting the drop before your opponent makes a massive difference in this game. Be careful though – this build has a lot of recoil kick between medium and long-range, so re-engage in a different area if possible.

Experiment without the suppressor – sometimes the reduced damage compared to running the gun without one is substantial. 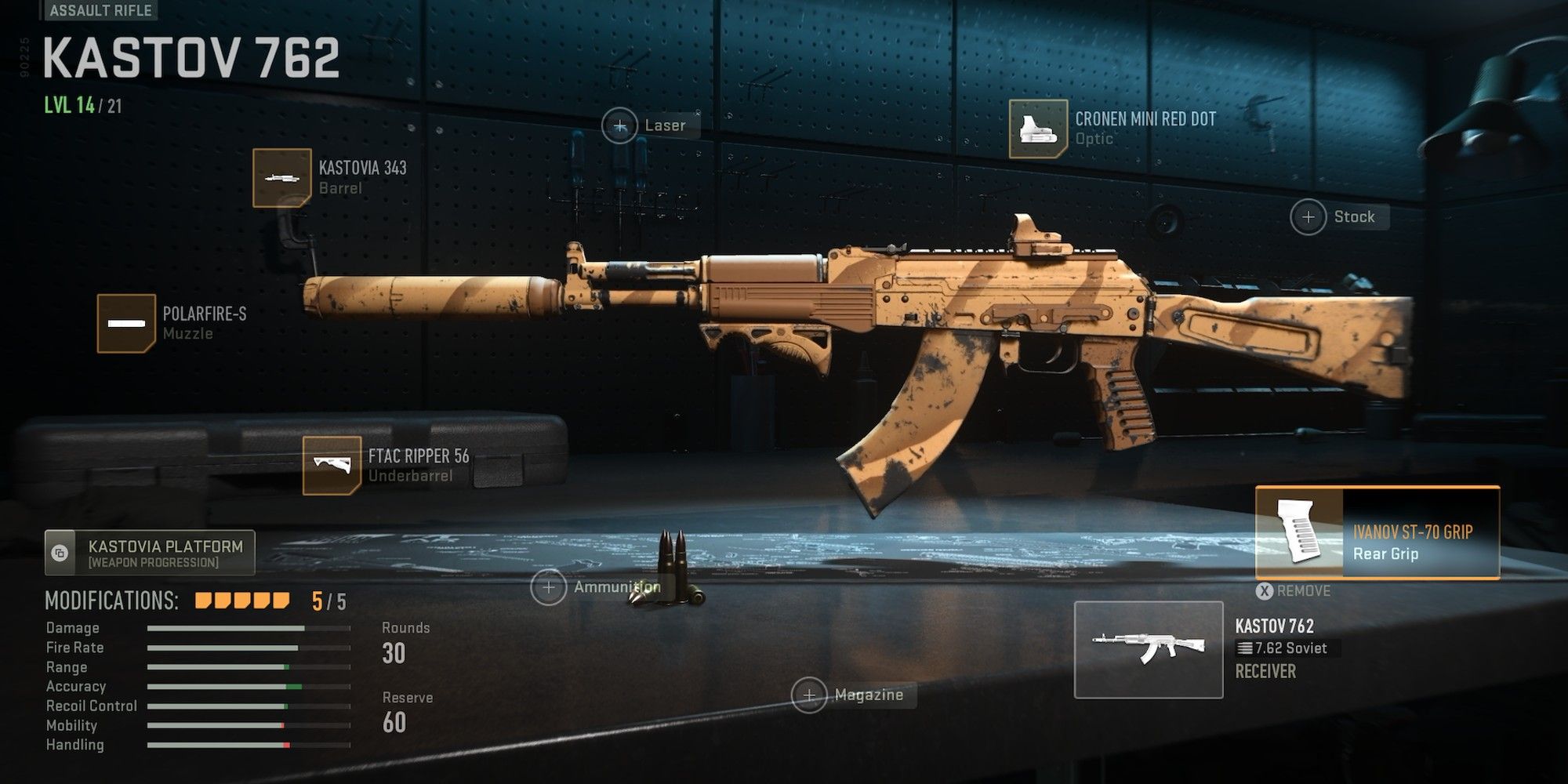 The Kastov is extremely versatile. This general build is designed around using the attachments to enhance normal gameplay without too many pros or cons on either side. A well-rounded weapon for both Ground War and ordinary multiplayer modes.

We've gone for the IG-K30MM for its improved recoil control and bullet velocity – you do sacrifice some movement speed here, but this loadout is about slowing down just a little. The Suppressor is just great. Even if the red dots no longer show on the map, it doesn't really matter, as the recoil just feels great. For Grip number one, we're taking the FTAC Ripper 56 for its recoil stabilization. You will lose a small bit of ADS speed. For number two, we're keeping it simple with the Ivanov. The sight is up to you.

General Tips For The Kastov 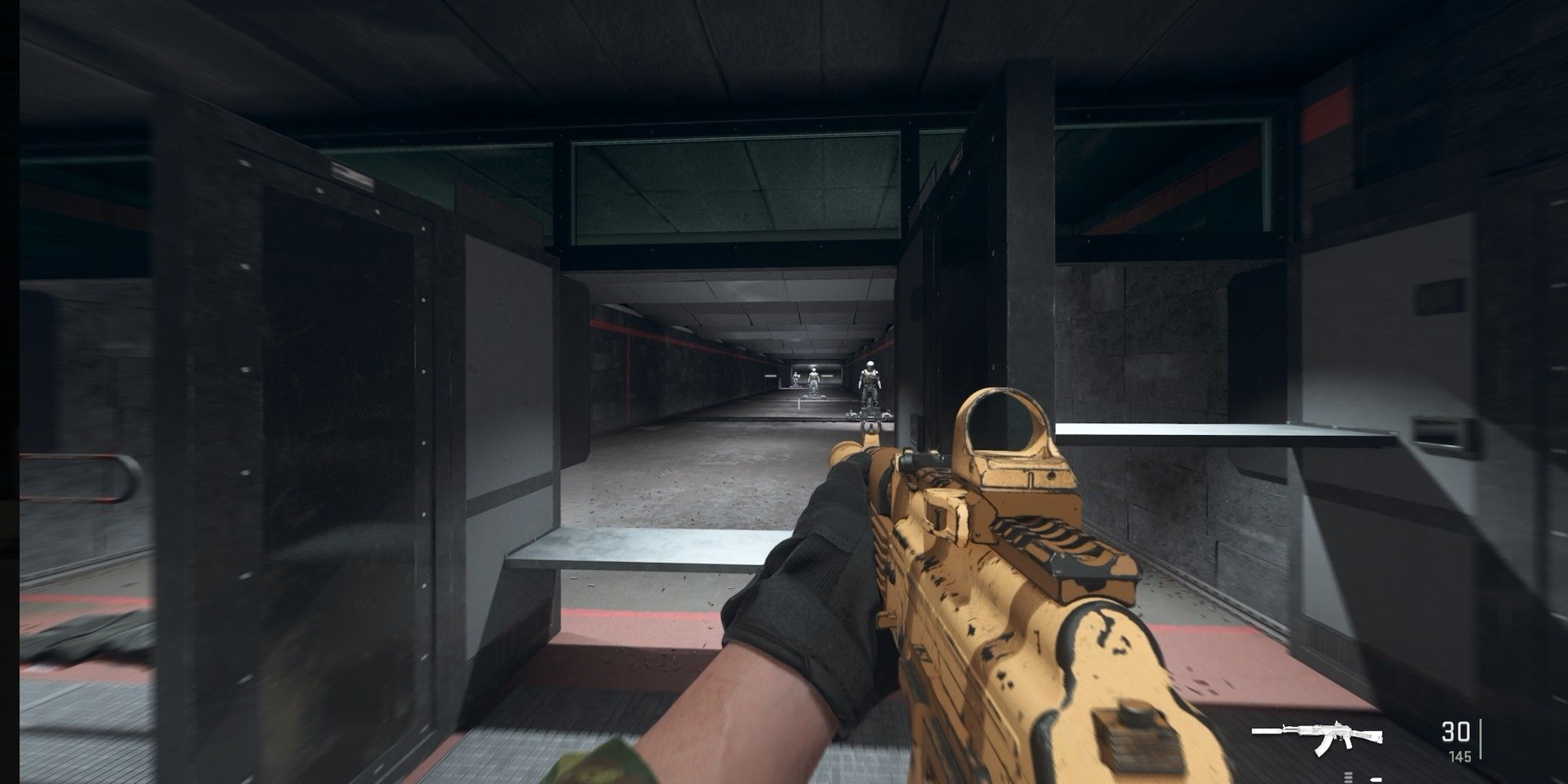 The Kastov is a powerful weapon, but it does have its downsides. You might find yourself being outgunned by the M4 at range (that lack of recoil makes a significant difference) but hopping around the map and dealing close-range damage is what the AK and its SMG counterparts excel at. If you do find yourself in a long-range engagement, sometimes it can pay to tap-fire with the Kastov: it deals decent headshot damage, even from range.