The DXR is the best sniper rifle in the game following the nerfs to the NTW during the first couple of weeks in Battlefield 2042. It has a decent fire rate, plenty of damage, and is versatile enough to be modified on the move.

This short attachment guide covers what sort of sights, ammunition attachments, and barrel attachments, work best for the gun. We'll also go over a couple of gameplay tips and Specialist choices while using the sniper. 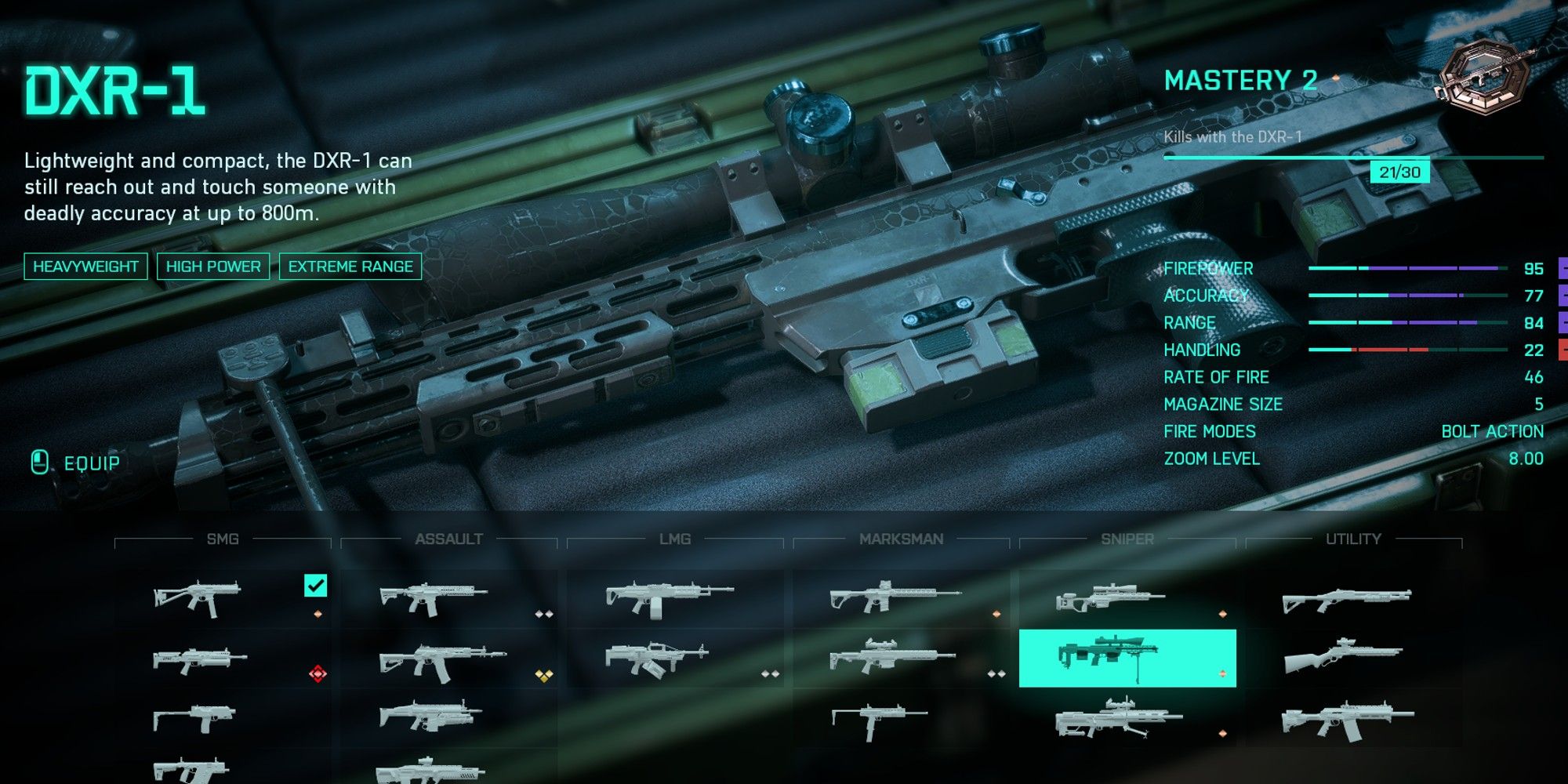 The DXR is the best sniper in the game, and it's not really even close. Your NTW is far too slow, although it does put out damage, and the beginner sniper is just there to get you started. Here's our preferred DXR loadout after hitting Mastery 25.

In terms of which Specialist is best to play with the sniper, it's definitely Angel. You don't start with much ammunition and constant resupplies are useful. Plus, that armor drop might be the difference between getting killed by an enemy sniper and winning the engagement.

Check out some of our other attachment guides here: