You are here:
Home / Assassin’s Creed Valhalla Is Every Animal Lover’s Dream

It has become somewhat customary for people to wonder whether or not new games allow you to pet the dog. While Assassin’s Creed Valhalla certainly has this function, it also offers animal lovers a whole lot more.

Earlier this year, people were slightly disappointed that Final Fantasy 7 Remake didn’t allow you to play with its animals — Cloud just casually walked past cats in the Slums. As news of Cyberpunk 2077 began to trickle out, it was revealed that the cats of Night City could be petted, which set fans alight with glee. Ghost of Tsushima also offered you the opportunity to give foxes a little head scratch, to the extent that they were petted over 8 million times. Animal-petting has somehow become an integral part of RPG games — or at least the marketing of them — and Assassin’s Creed Valhalla has more than delivered on that front.

It all began with the discovery that you could pet the game’s gigantic cat, which would leap into Eivor’s arms whenever the protagonist was close by. Its size pegged it as some sort of Norwegian forest cat, but its need for affection was adorable nonetheless. Attention then shifted to Ubisoft host and producer Youssef Maguid, who supplied animal lovers with various in-game tidbits. One screenshot demonstrated how the game allowed you to bring a cat on board your boat for happier travels, while another confirmed the long-coveted detail that you would be able to pet the dogs that wandered around Valhalla’s Viking settlements. Now that people have finally gotten their hands on the game, we’ve learned that Valhalla also offers animal lovers so much more. 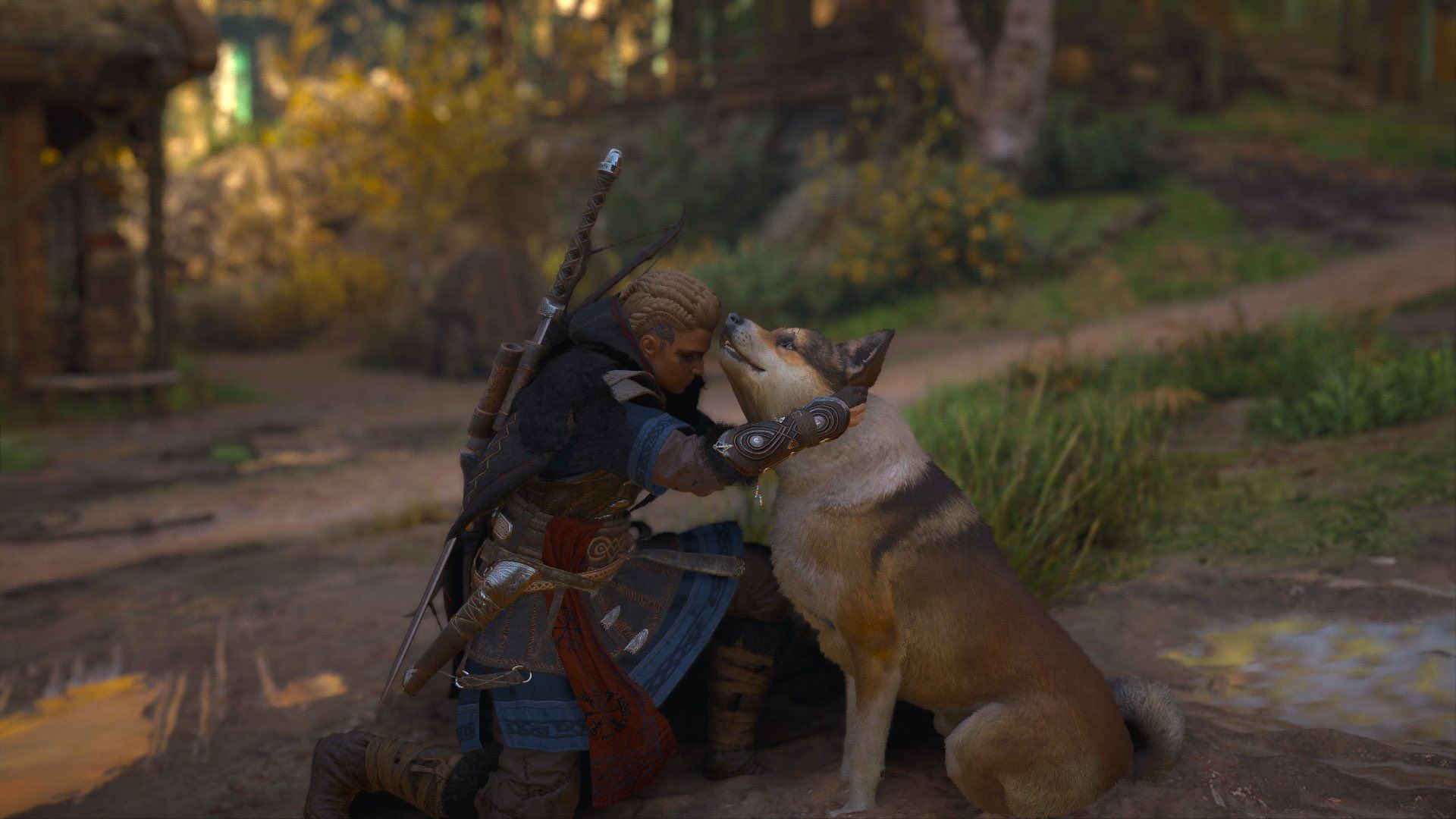 The latest screenshot posted in support of Valhalla being an animal lover’s dream was a picture of Eivor riding a wolf. The Hati Wolf Mount was confirmed to be part of the Assassin’s Creed Valhalla Ultimate Version Pack, which is available via the Helix DLC store.

The Hati wolf was the cherry on top of the cake, and there was even talk of being able to summon a wolf in battle. However, it should be noted that this function can only be unlocked after completing a challenge that animal lovers may want to skip because of its nature, which is kind of ironic.