You are here:
Home / Assassin’s Creed Valhalla Heavy Is The Head Guide

Heavy is the Head is the next quest in Assassin’s Creed Valhalla after Tilting the Balance. In this quest you’ll need to make an important choice about whether to kill or spare Leofrith.

If you’re not sure about which decision to make, this Heavy is the Head guide from our complete Assassin’s Creed Valhalla walkthrough will help steer you in the right direction.

This guide picks up exactly where our Tilting the Balance guides leaves off. After the cutscene finishes, walk and talk with Ivarr Ragnarsson. He’ll bring you to a table where the two of you will drink and chat about Ubba for a while. Well… maybe a little longer than a while. 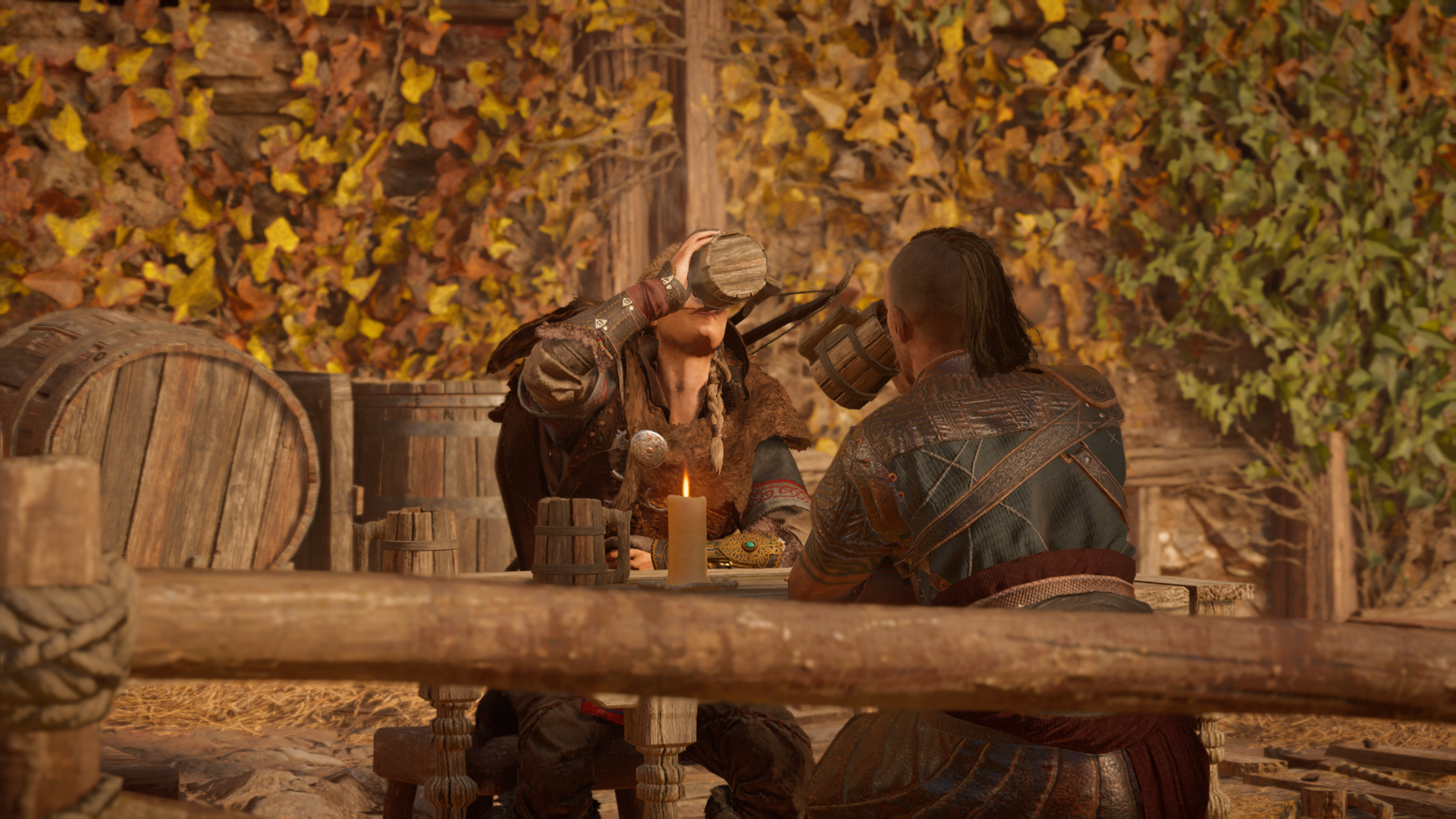 When you wake up, hungover, make your way to Ceolwulf’s coronation by following the quest marker. Once you arrive a cutscene will start, during which King Burgred is exiled. Before the scene ends a soldier will burst through the door stating that Repton has been attacked by Mercian soldiers. When you resume control of Eivor, fast travel to Repton to make a long journey short.

When you arrive in Repton there will already be a battle in full swing. Your first objective is to find Ceolbert, who will be highlighted by a quest marker on the minimap. You can ignore the fighting around you if you want — combat doesn’t affect the quest at this point.

When you reach the quest marker you will bump into Ubba Ragnarsson, who says he hasn’t seen Ceolbert anywhere. However, he did see Leofrith chase someone out of the village. Your quest marker will now reset to the Isle of Waifs — head towards it by crossing a shallow river and going through a deserted village. If you use Odin’s sight at the back right corner of the village, you’ll see that there’s a chest to loot here, so grab that on your way. As you approach the quest marker you will hear voices. A cutscene will start when you get closer, showing a standoff between Leofrith and Ceolbert.

After the cutscene you will have to fight Leofrith. He’s a pretty tough boss, but once you’re not greedy you should be fine. The best approach is to dodge his attack, hit him once or twice, and then back off. Bait his next attack and rinse and repeat the same strategy to deal consistent damage without taking any yourself — just watch out for his weird blue magic attack, which can absolutely ruin you if you’re not prepared to dodge it.

After the fight you will be given the choice to kill or spare Leofrith. The best option is to spare Leofrith, which will cause him to tell you about a secret scroll he left in Venonis. If the Zealots read this scroll, they will actively hunt you for the remainder of the game — sparing Leofrith is the only way to prevent that, and killing him has no material benefits.

After you spare Leofrith he will flee to Rome. Bring Ceolbert back to the Ragnarssons in Repton, just across the river. The quest marker will guide you to the top of the village, where a cutscene will play, ending the quest. The next main story quest is Hunted.

Read next: Pokemon Cereal Is Back And I Can’t Wait To Remember How Bad It Tastes