You are here:
Home / Assassin’s Creed Valhalla: 10 Different Mysteries (& How To Complete Them)

Assassin’s Creed Valhalla: 10 Different Mysteries (& How To Complete Them)

There are several aspects apart from the main storyline in Assassin’s Creed Valhalla, which include wealth, artifacts, and mysteries. The mysteries are the most interesting of the three as you won’t know what to expect until you enter the areas where they are found. These side quests are marked on the map with a blue dot, and each one is more bizarre than the last.

It is often confusing the first few times as you try to figure out what each mystery wants you to accomplish, and focusing on your surroundings isn’t always helpful. Keep reading to learn what some of the mysteries are that you will encounter in the game and how to move past them! 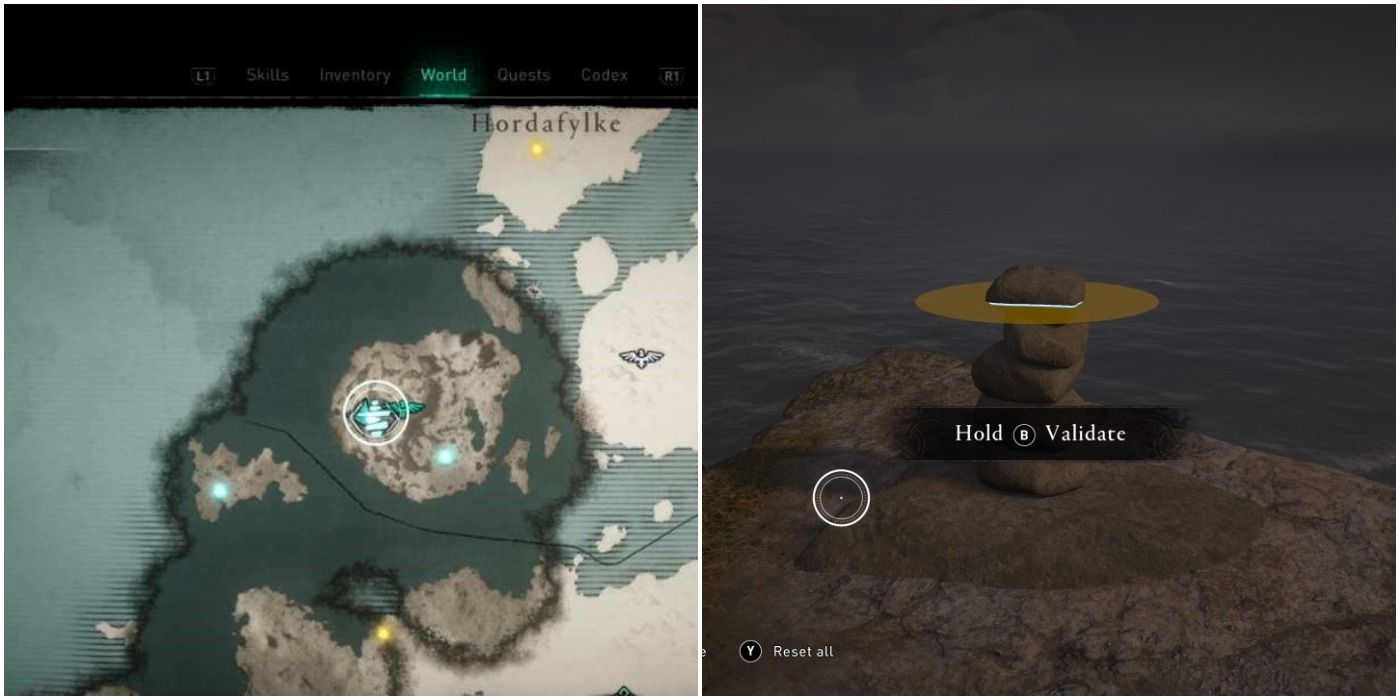 A cairn is a standing rock formation that appears easy to complete at first glance but is much harder than it appears. It requires a steady hand, a slight understanding of physics, and a lot of patience.

The goal is to stack the stones up the required height and completing this goal will reward you with a single skill point. It is often recommended to put the heavier stones toward the bottom of the stack as it has less of a chance of falling over. 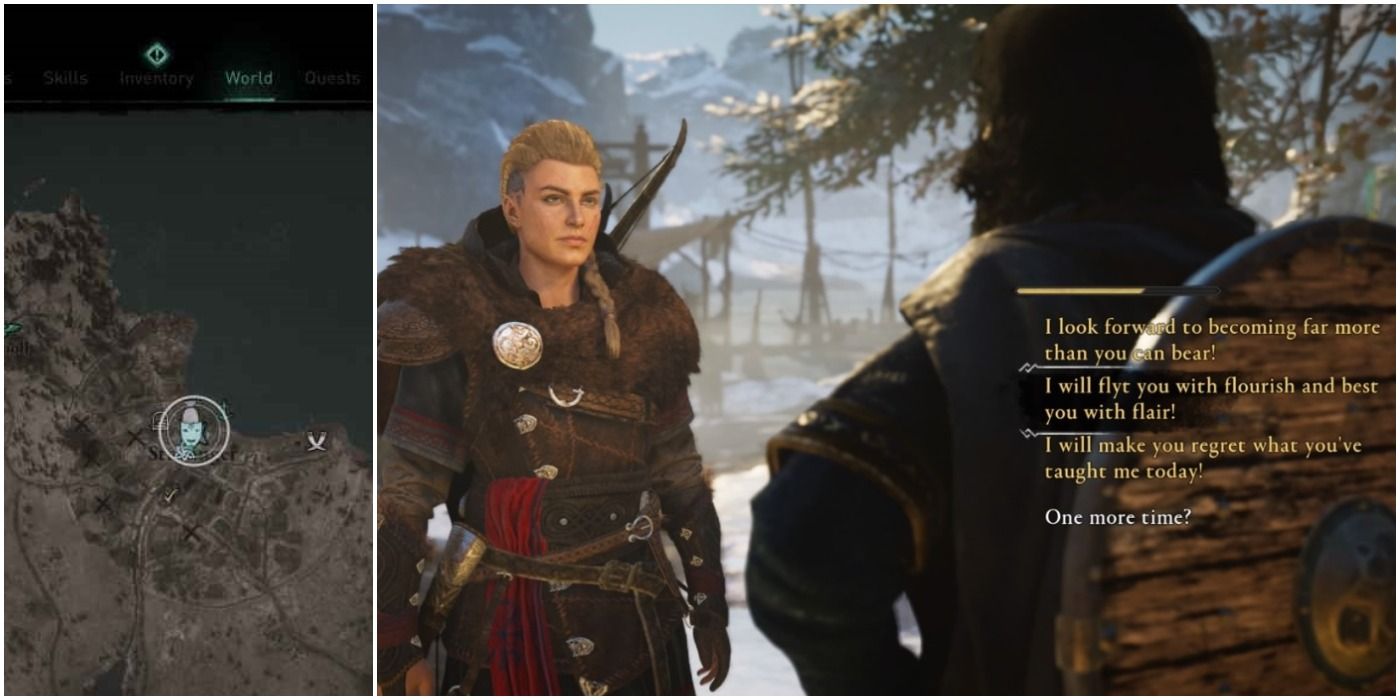 Flyting is shown as a blue mask on the map and it is a battle of rhyming words, which is also one of the best parts about the game. It will pit Eivor against another and you must choose the correct phrase within a certain amount of time to complete this challenge.

One tip is to pay close attention to your opponent’s words as it will determine the phrase you use to defeat them. If you manage to win the competition then you will be rewarded with a rise in your level of charisma, which can save you from having to pay coins for a bribe. 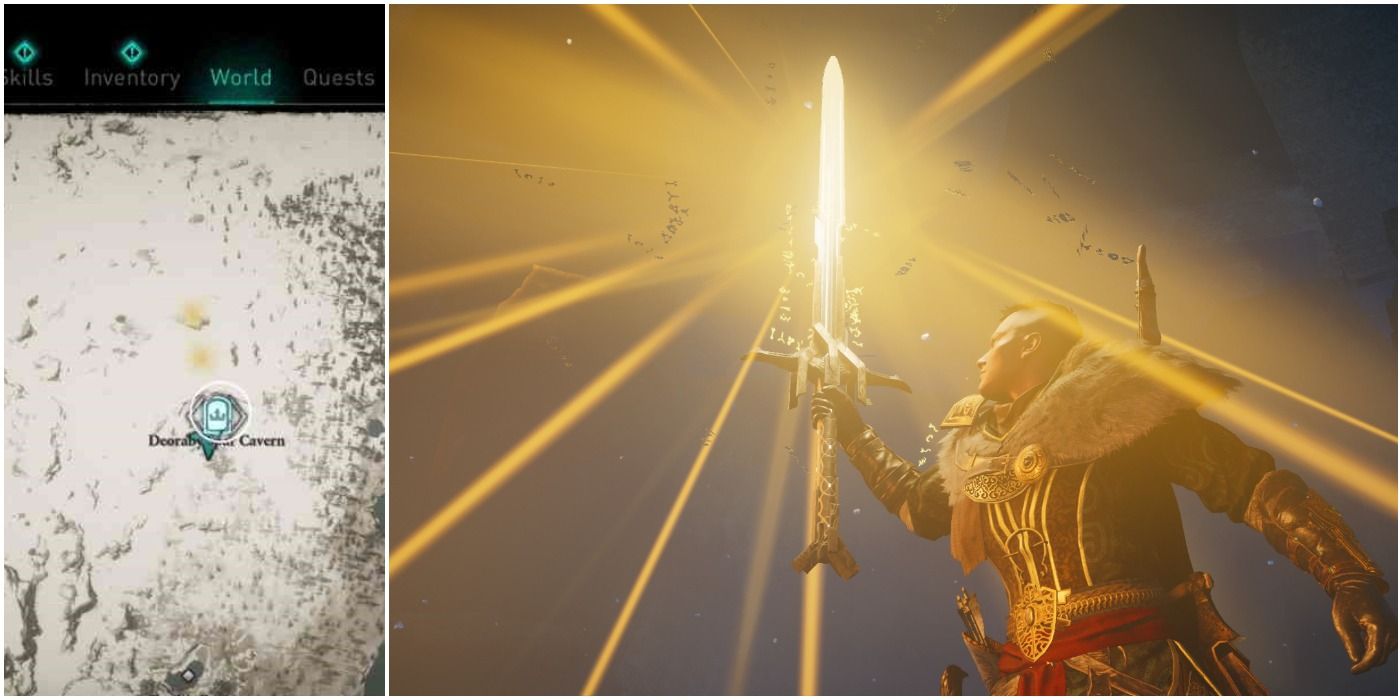 The Treasures of Britain are tablets that are found all across the map, and collecting them all will give you a unique reward. There are 12 in total, and some of them can be found on Zealots, so it can take some time to build up your power in order to defeat them and enter certain locations. These tablets will be marked by a blue shield with a crown in the center and the final reward will be the sword called Excalibur. 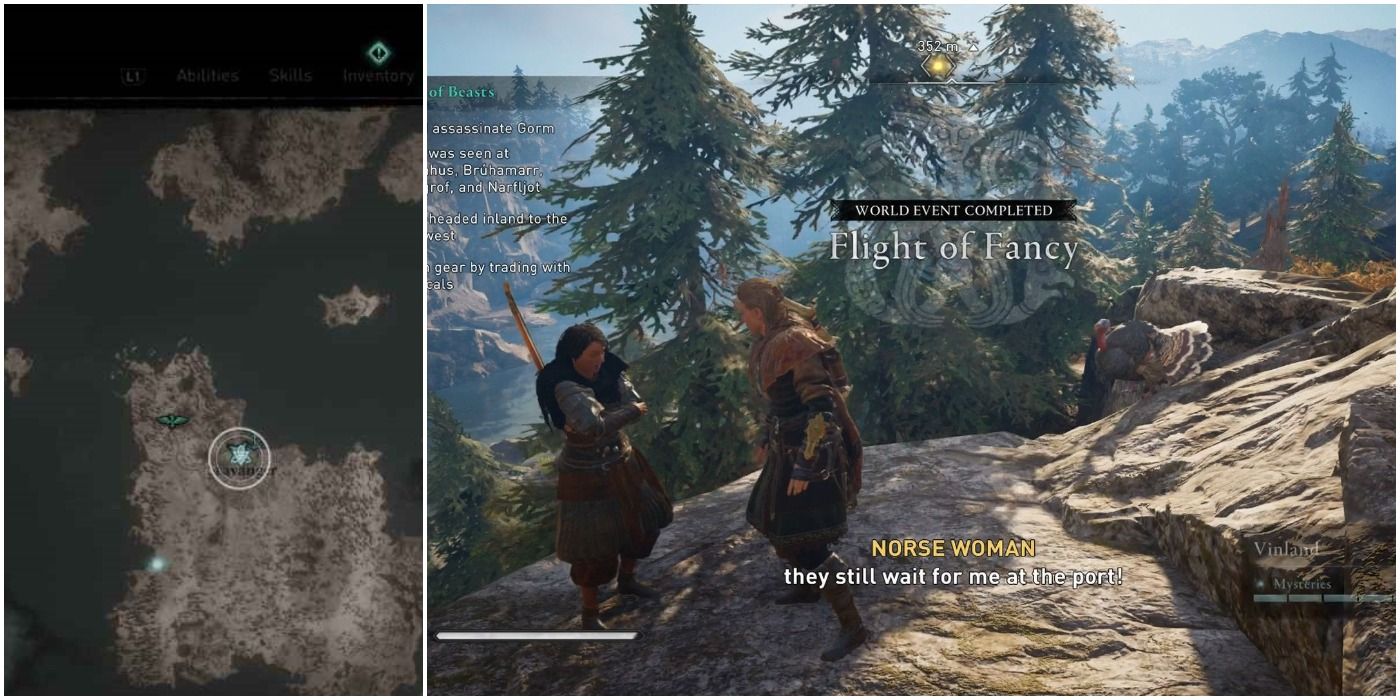 A World Event is marked on the map by a blue upside-down triangle with one elliptical on each of its sides. These are always fun to complete as no two are alike as Eivor is tasked with a multitude of requests from the citizens of an area.

It could be as simple as bringing back a certain fish, or as difficult as protecting someone from harm. One tip is that if you find yourself stuck on how to complete a world event just use your focus and something will be highlighted in blue as a helpful hint. 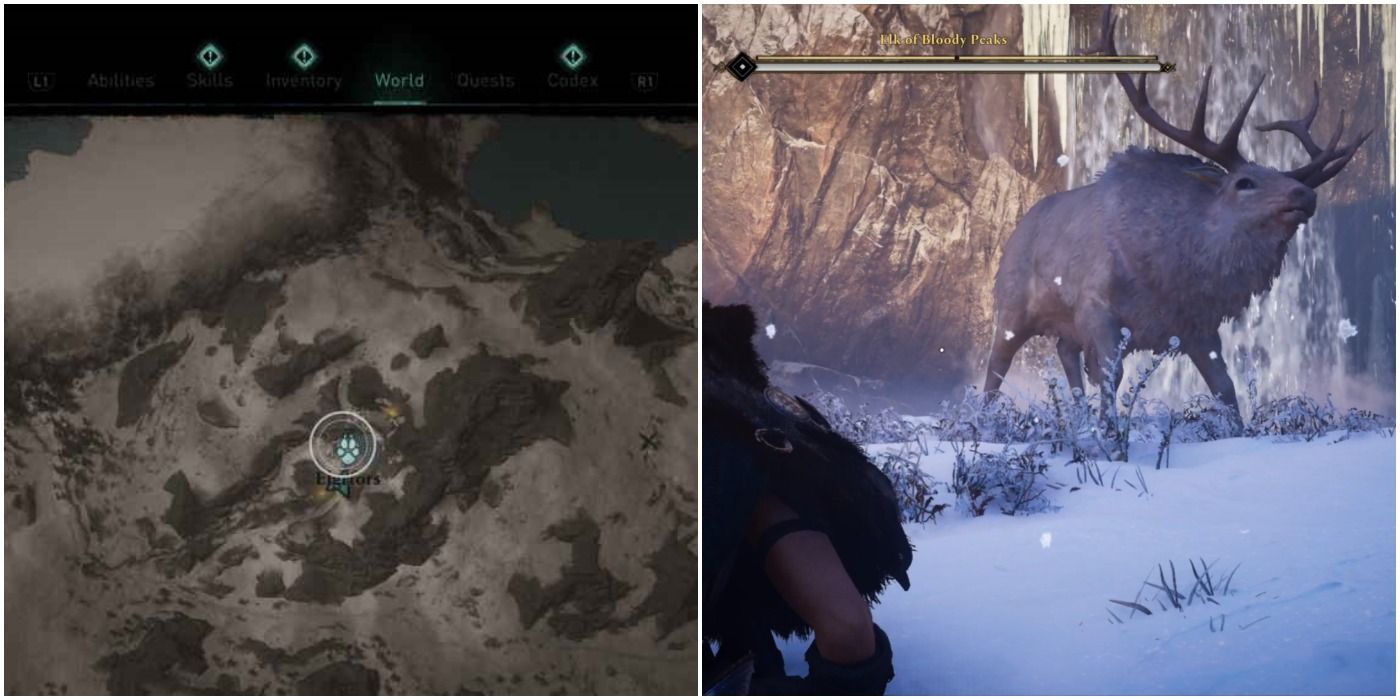 Legendary animals are marked on the map with a blue pawprint, but the best way to reap the rewards of this mystery is to unlock the Hunter’s Hut. There are 11 legendary animals to be defeated across the worlds and some of them include a black shulk, gemad wulf, and bear of the blue waters. When you defeat a beast you can bring it to the hut where Wallace will hang it in the longhouse and give you a special reward. 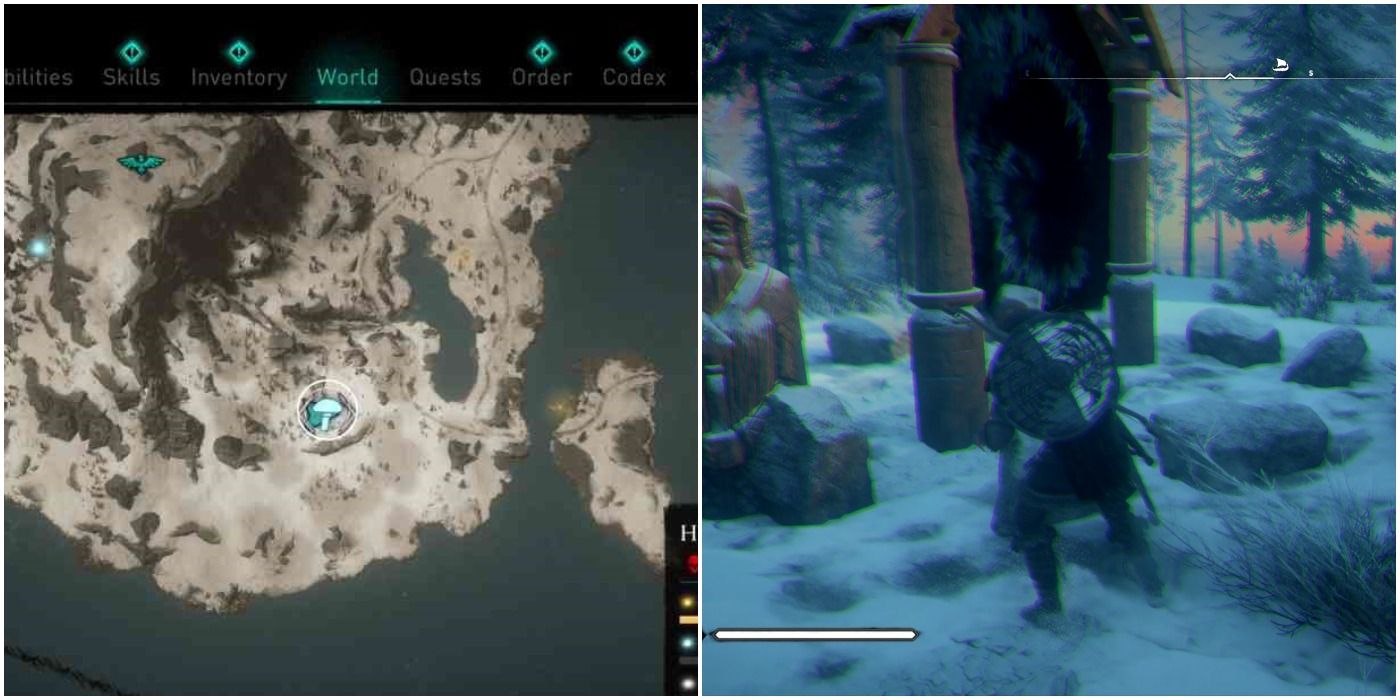 A Fly Agaric can be quite confusing and it is marked by a blue mushroom on the map. The mystery starts when you eat the mushrooms at this location and they always involve the wooden gates at the location. Sometimes you have to figure out how to turn on a gate, and other times you have to enter a series of gates in the correct order. The key to this mystery is to pay attention to your surroundings and figure out the pattern or trick in order to pass this test. 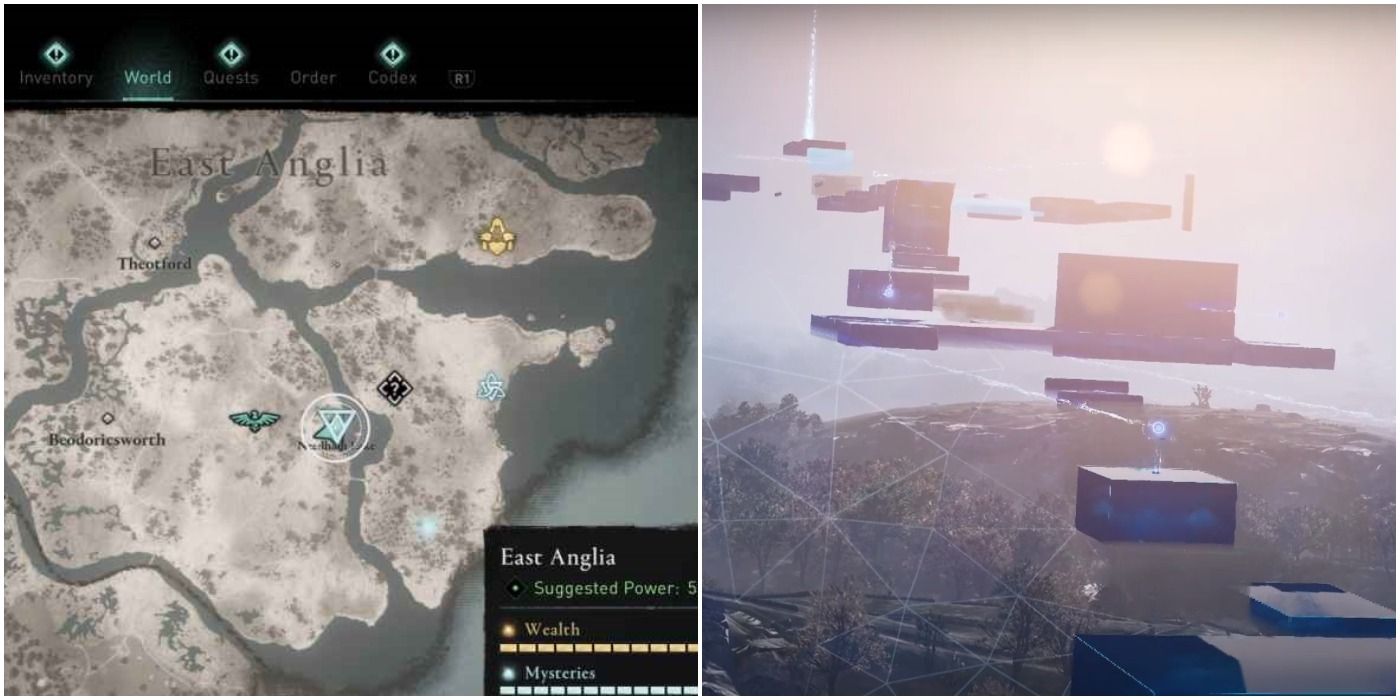 The Animus Anomalies are marked on the map by a triangle within a triangle, but it is easy to identify the area as it will begin to look bugged the closer you get to it. When you interact with the anomaly your character will turn into Layla. 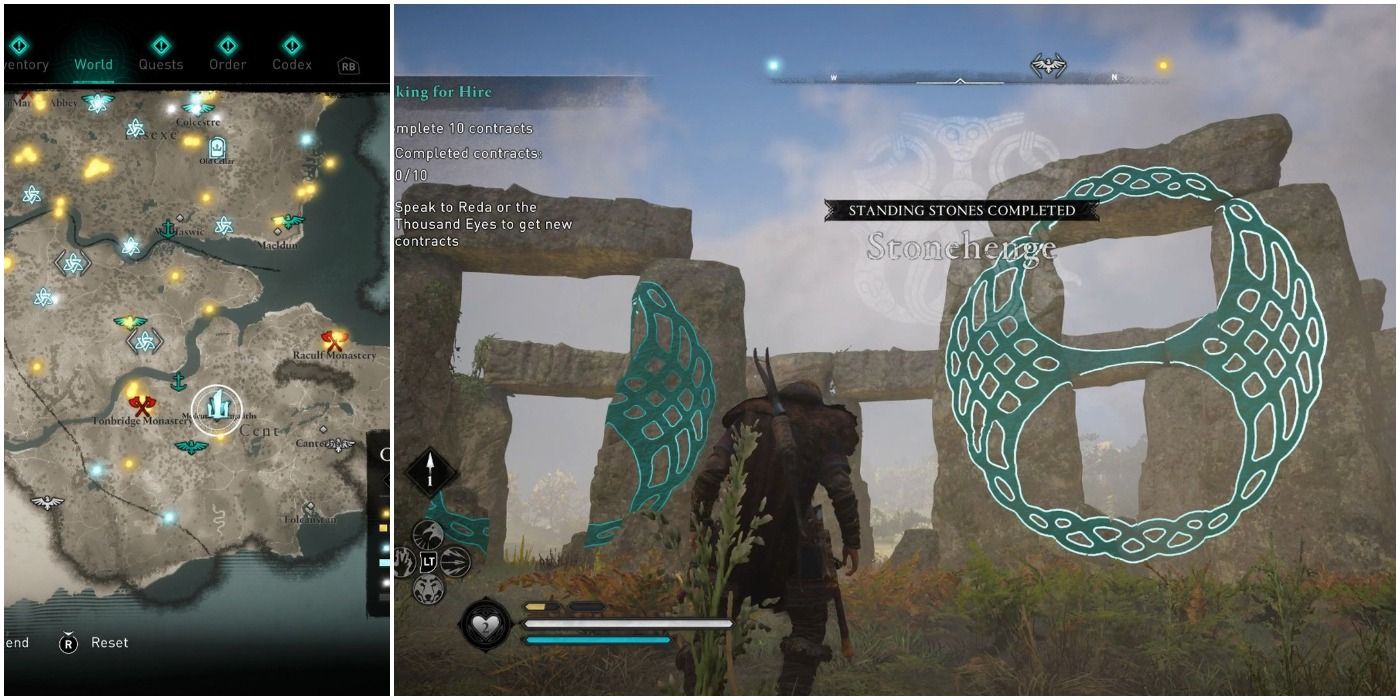 The Standing Stones are the most intriguing of all of the mysteries, but also one of the hardest to figure out. You must first read the note left on a small stone, which has an image inscribed at the top. Then, you must employ your focus and it will reveal a variety of images spanning across several of the stones.

The idea is to stand somewhere outside of the stone circle in order for these random images to come together to make the required picture. It is not as easy as it might seem, and even pro players struggle with it, as some pristine camera work is needed to complete these tasks. 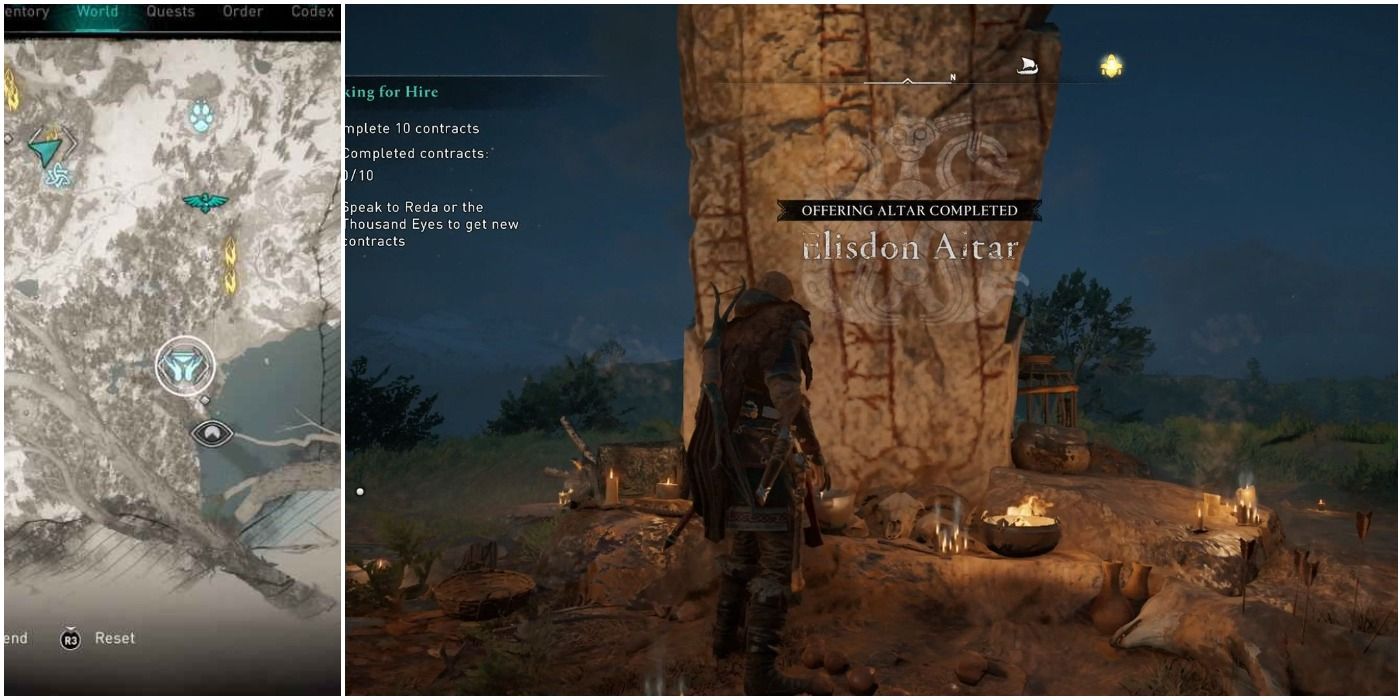 People sometimes ask for offerings of animal parts or coins in order to help them or appease the gods. These are fairly simple to complete, especially if you have a habit of collecting animal and fish parts along the way. They are marked on the map by two hands holding a bowl and completing this task will reward you with one skill point. 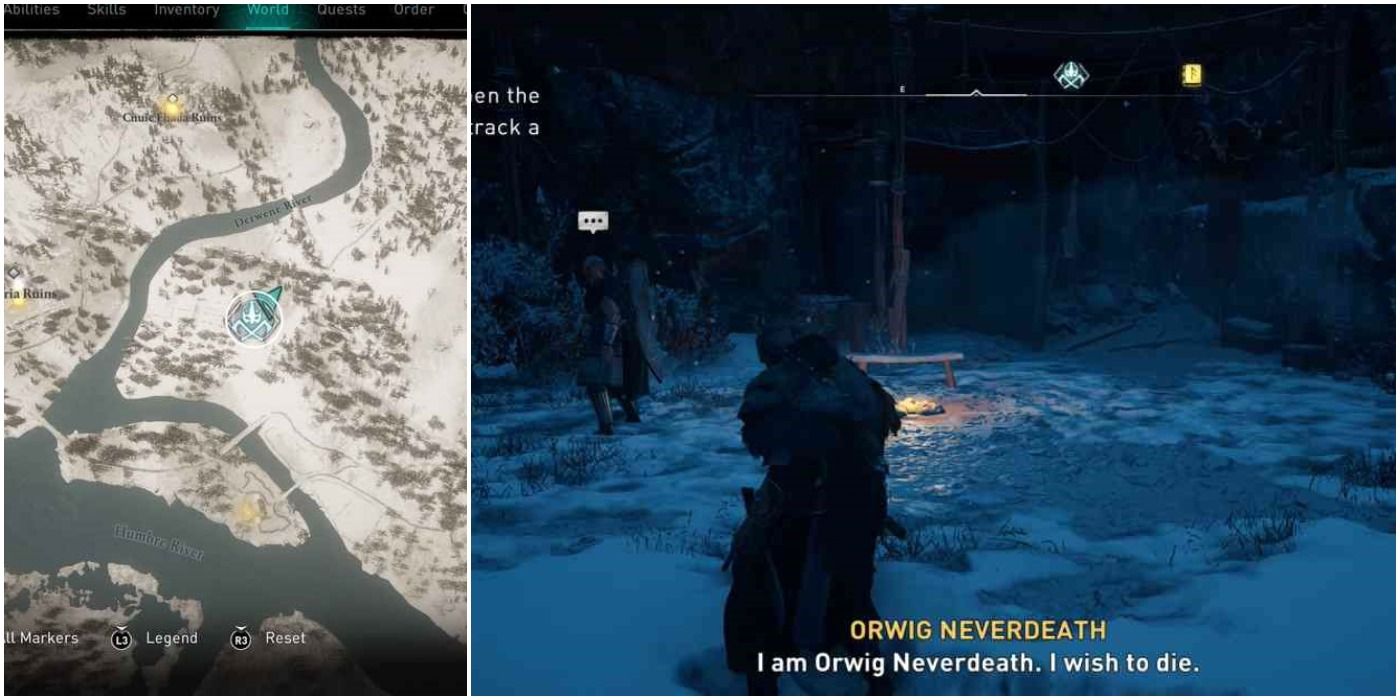 A Lost Drengr is a Viking who desires a warrior’s death and asks Eivor to give it to them. The only problem is that they are not easy to defeat and often have levels much higher than that of the area they are located. If you manage to defeat one then you will be well rewarded for your efforts, with the most lucrative being specialty weapons.

NEXT: The 5 Best Things About Assassin’s Creed Valhalla (& The 5 Worst) 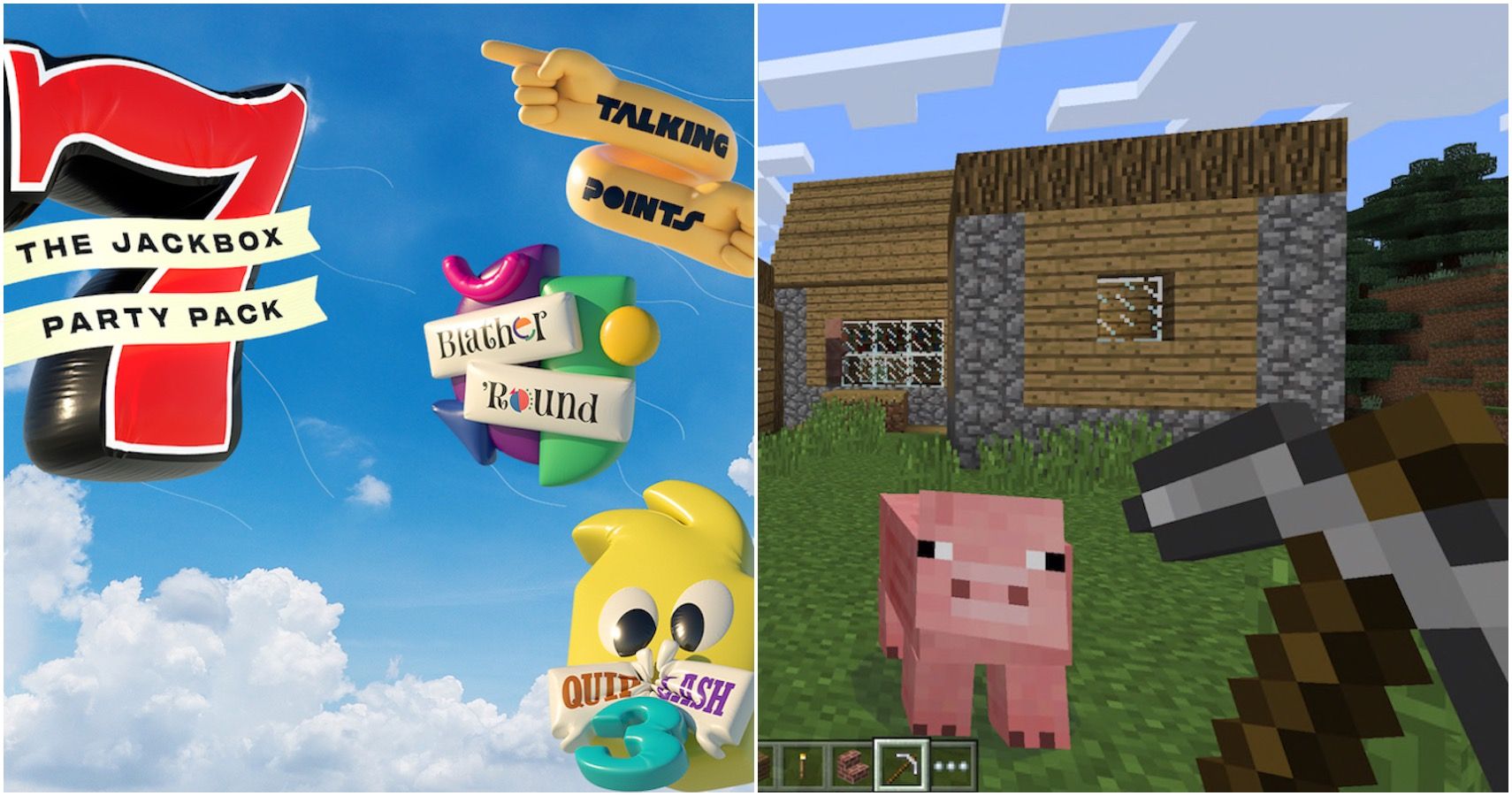 RELATED NEWS
Cure.fit acquires AI body tracker Onyx to enable two-way workout videos
Cyberpunk 2077's Late Development, "Fake Demo," And More Details Revealed As CDPR Responds
Reptiles: In Hunt Is Set In A World Rife With Dinosaurs And Ruled by Reptilians
Best new mobile games on iOS and Android – January 2021 round-up
Recent Posts
This website uses cookies to improve your user experience and to provide you with advertisements that are relevant to your interests. By continuing to browse the site you are agreeing to our use of cookies.Ok