You are here:
Home / As Dusk Falls: 10 Most Impactful Player Choices And Their Consequences

As Dusk Falls: 10 Most Impactful Player Choices And Their Consequences

As Dusk Falls is a game that has caught the attention of many, not only because of its unique art style, but because of its thrilling interactive story about two families caught up in a robbery gone wrong. You'll have to make crucial decisions throughout your playthrough that could result in life-altering outcomes for each character.

When it comes to these types of games, you can never predict what’s about to happen. Some decisions you think wouldn’t matter actually do, and vice versa. However, there are a couple of choices to make that could drastically change the story. Whether you’ve played As Dusk Falls, are in the process, or are just about to, all the different choices make us wonder what outcome we would get if we chose this or that path.

This article contains plenty of spoilers for several different outcomes.

10 Run For It Or Stay Hidden 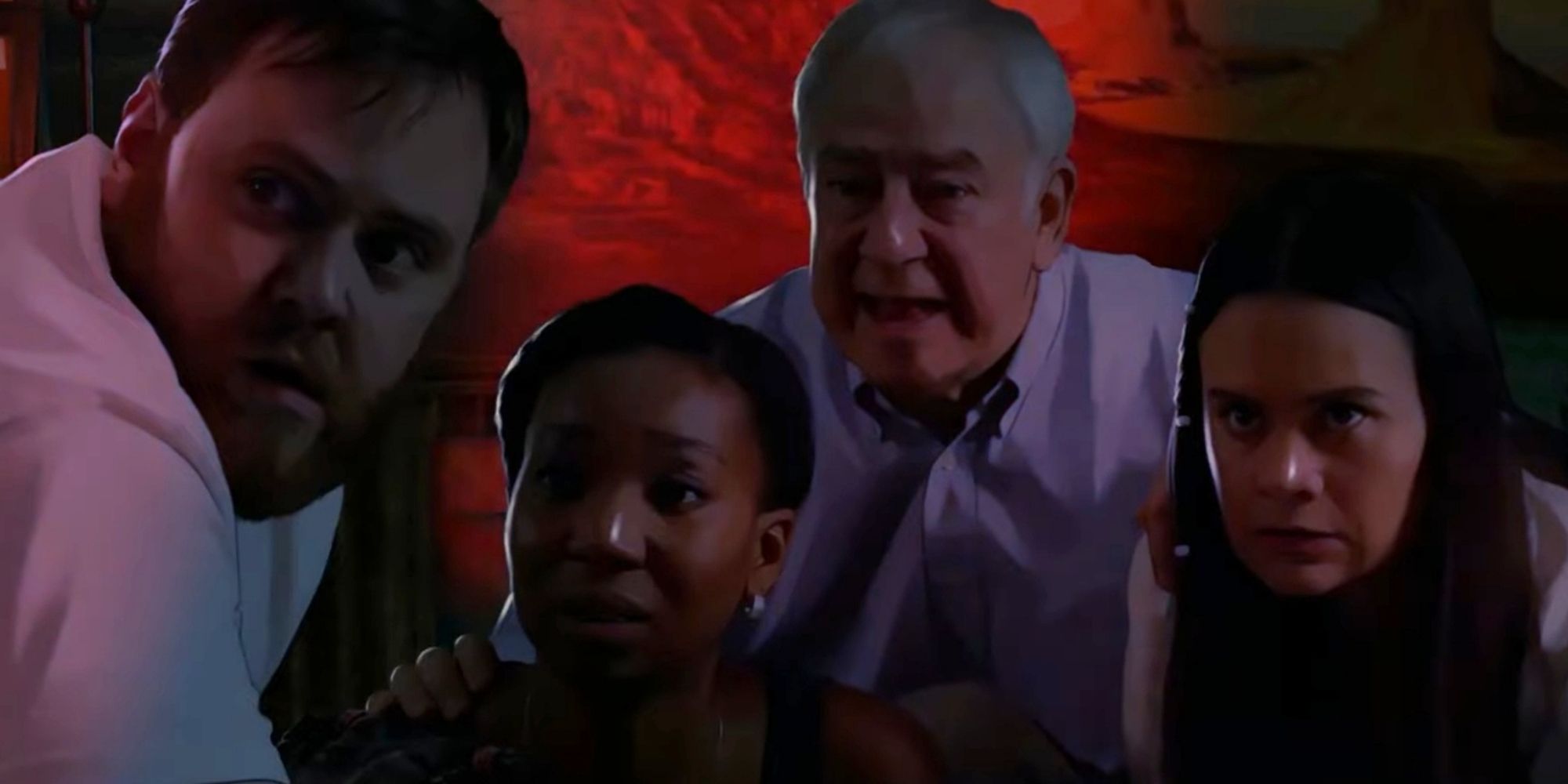 During a shootout in the motel between the Holts and the police, Vince's family and Joyce hide in a corner. The exit door is just within reach — do you risk it, or stay hidden in case you don’t make it?

If you choose to stay hidden, Jim will insist on leaving, however, while attempting to leave, Tyler ends up hitting the back of Jim’s head with a gun, injuring Jim. But if you try to make a run for it, Michelle ends up getting shot. The decision you make from then on decides if she stays alive or not. If you choose to leave the bullet in and send Michelle out when given the option, you will be able to save Michelle’s life.

9 Warn Dale Or Don’t Warn Him 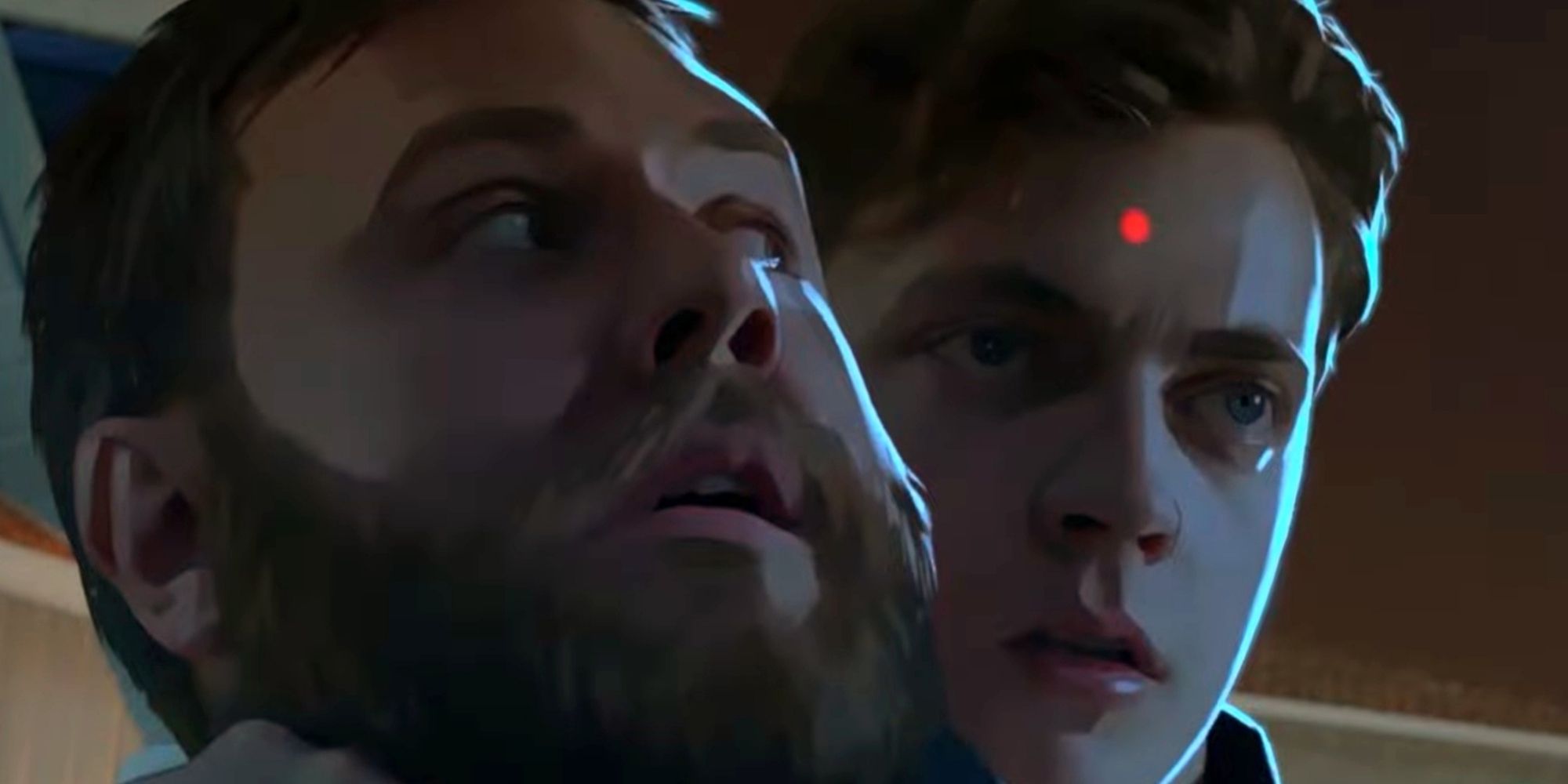 Dale agrees to have a face-to-face talk with Dante, but takes Vince hostage to ensure his safety. Vince notices the red dot of a sniper's sight pointed at Dale’s head. If you choose not to warn Dale, he ends up getting shot and dying on the spot.

When Vince goes back inside the motel, Tyler is furious, and ends up shooting and killing Joyce out of anger. However, if you warn Dale, both return to the motel, and you end up saving Joyce’s life.

8 Warn Sharon About Pager Or Don't Warn Them 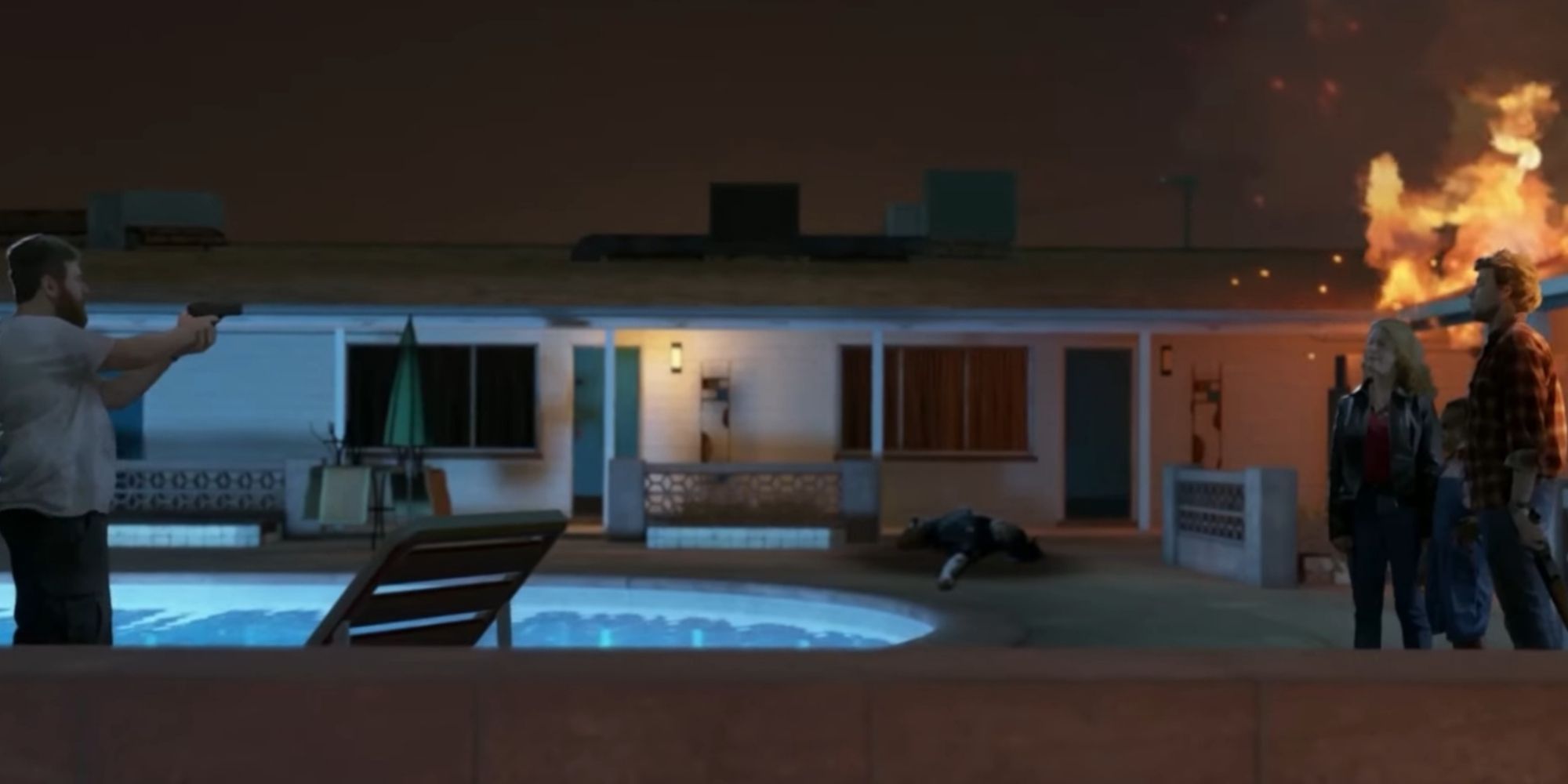 There are multiple choices throughout the game that could influence the outcome of this scene. If you choose not to warn Sharon about the pager Dante gave Vince, you will end up in a fight with Tyler by the pool. Later on, Jay will appear, pointing a gun at Vince and allowing the Holts to take Zoe hostage.

If you chose to warn them about the pager while in the motel, the Holts still end up trying to take Zoe hostage. However, you can take her place, depending on the choice you make. If you choose to keep your gun raised, Jay ends up shooting Vince in the leg, and they end up taking Zoe. If you choose to lower your gun and say you can help them, they will then take Vince hostage instead.

7 Leave The Car Locked Or Unlock The Door 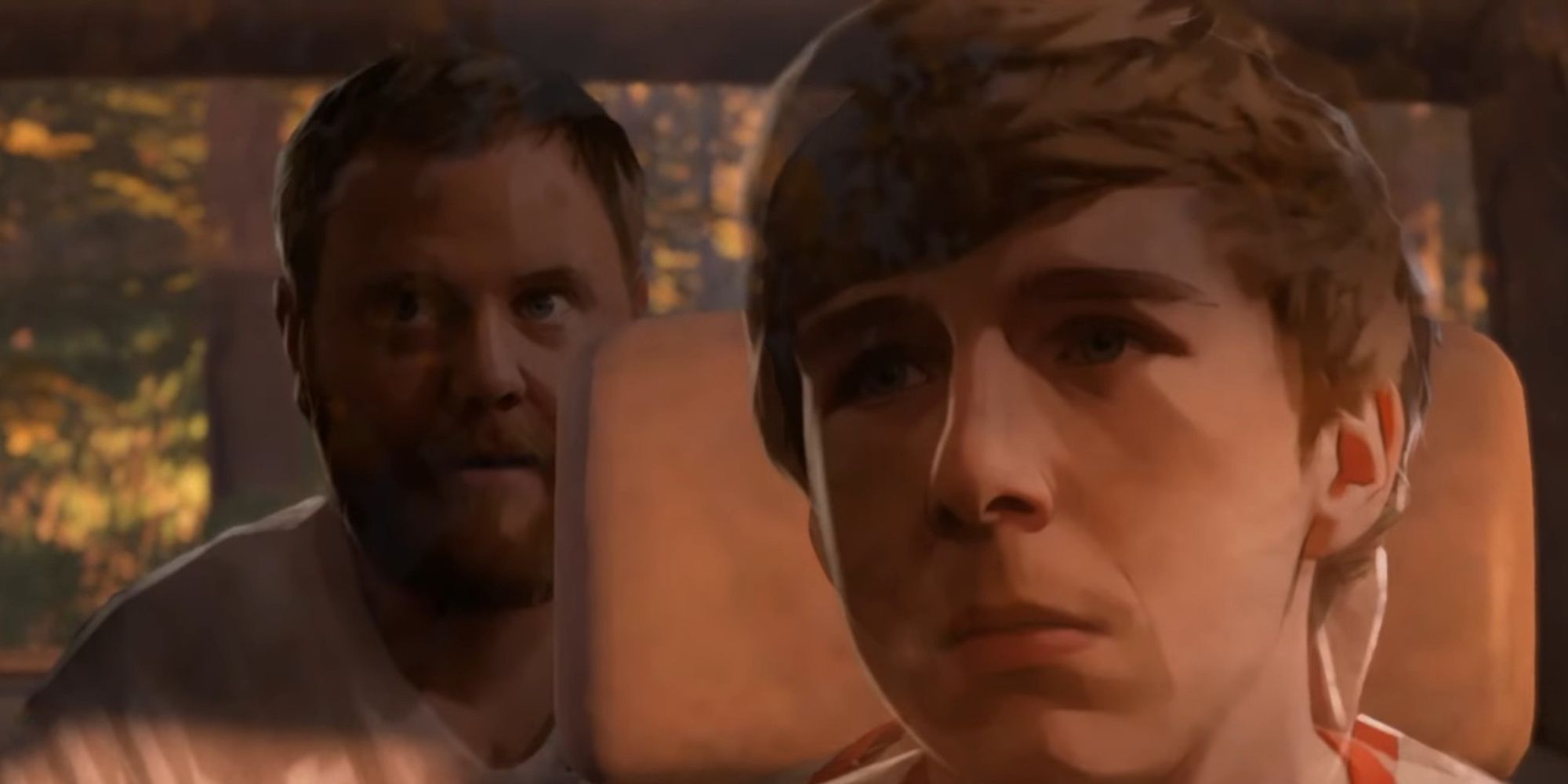 If you end up with Vince as a hostage, this choice is very crucial. While the Holts have managed to lose the cops and helicopter on their trail, they stop at the side of the road and argue about where they are headed. While Sharon and Tyler get out of the car to plan their escape, Jay and Vince are left inside the car.

Vince pleads with Jay to unlock the door. If you choose to leave it locked, Vince ends up dying in a car crash later on. However, if you unlock the door, Vince will manage to escape and remain alive.

6 Hit Todd Or Leave Him Alone 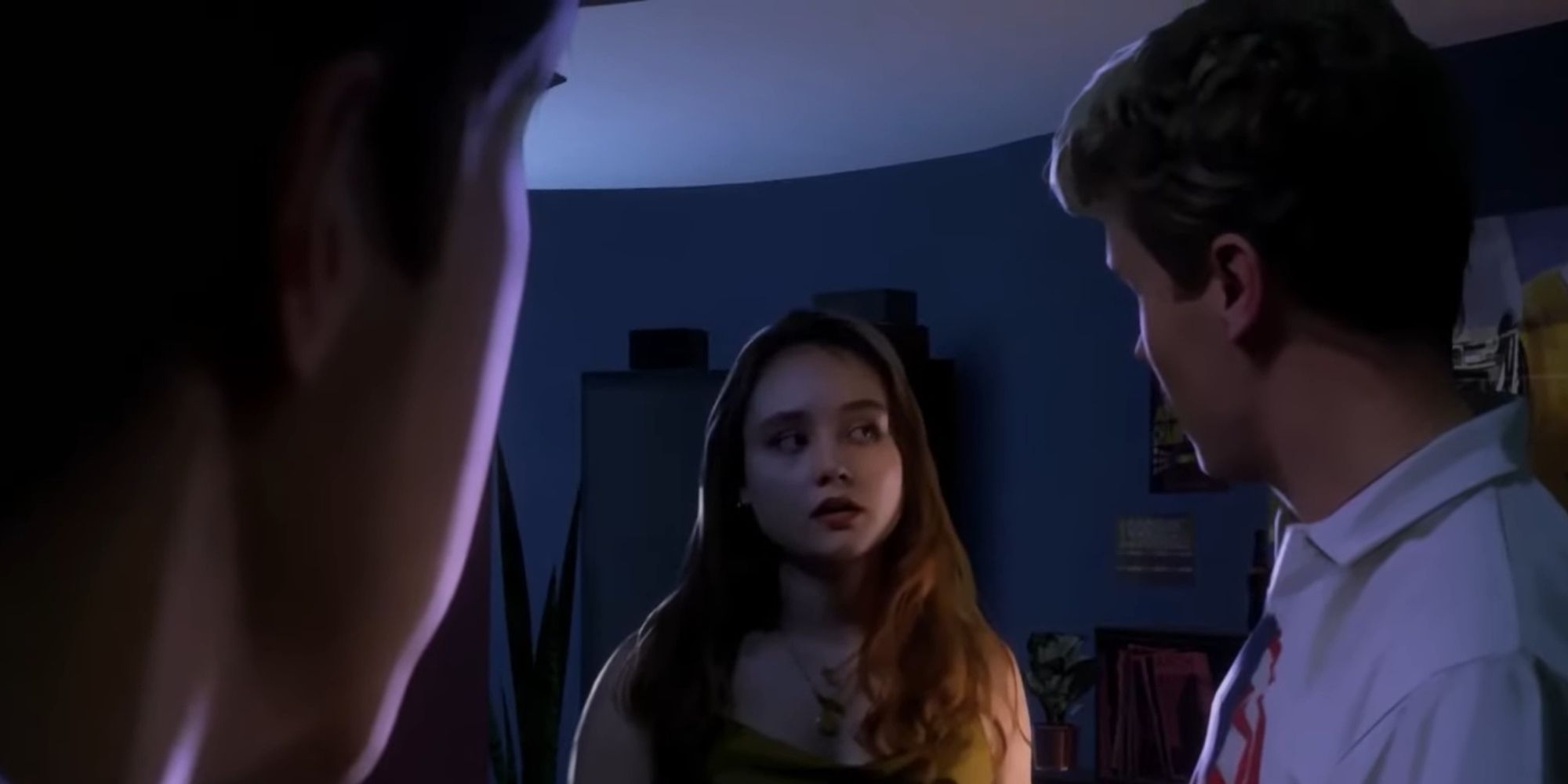 When you stumble upon Vanessa and Todd being a little too close, Todd asks Jay to leave. You are given the choice to hit Todd, or leave the pair alone.

If you choose to hit Todd and teach him a lesson, Vanessa is disappointed in Jay, ending up with them remaining just friends. However, if you choose to leave them in the room, and stay away from fighting Todd, Jay and Vanessa end up becoming lovers.

5 Take Out A Cop Or Flee The Checkpoint 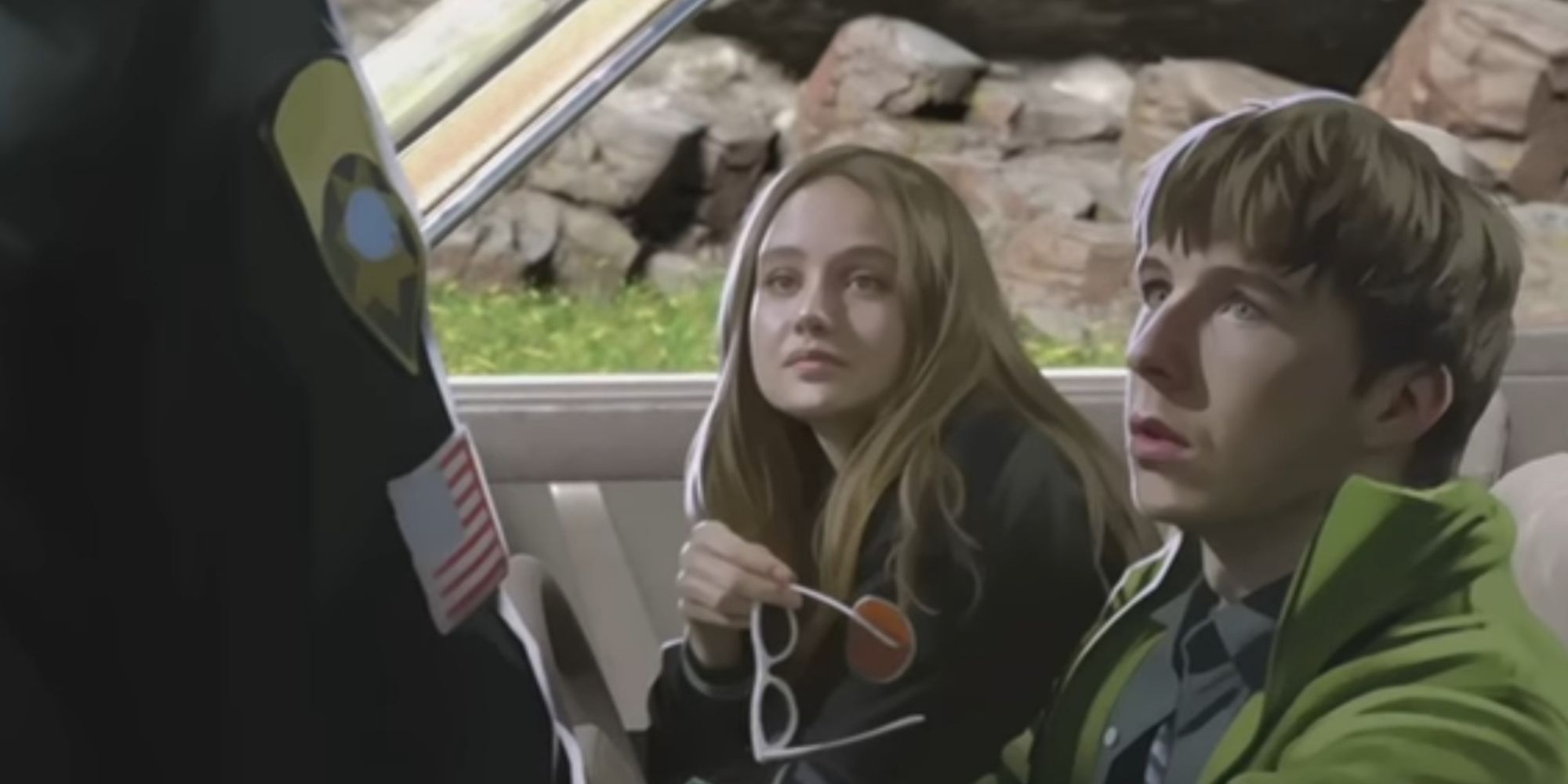 If you fail the quick-time events, you are given the choice of either taking out the cop or fleeing the checkpoint, during the roadblock before crossing the Canadian border. If you take out the cop, Jay then runs his car into the cop, which results in Vanessa getting upset and leaving Jay on his own. Upon arriving at the Canadian border, a park ranger will try to talk Jay into surrendering. Here you can give in, or continue to escape.

However, if you choose to flee the checkpoint, Jay and Vanessa stick together until they reach the Canadian border. However, Mr. Portland and the FBI show up, thanks to a park ranger by the entry kiosk. You can choose to turn yourself in, or run to freedom. 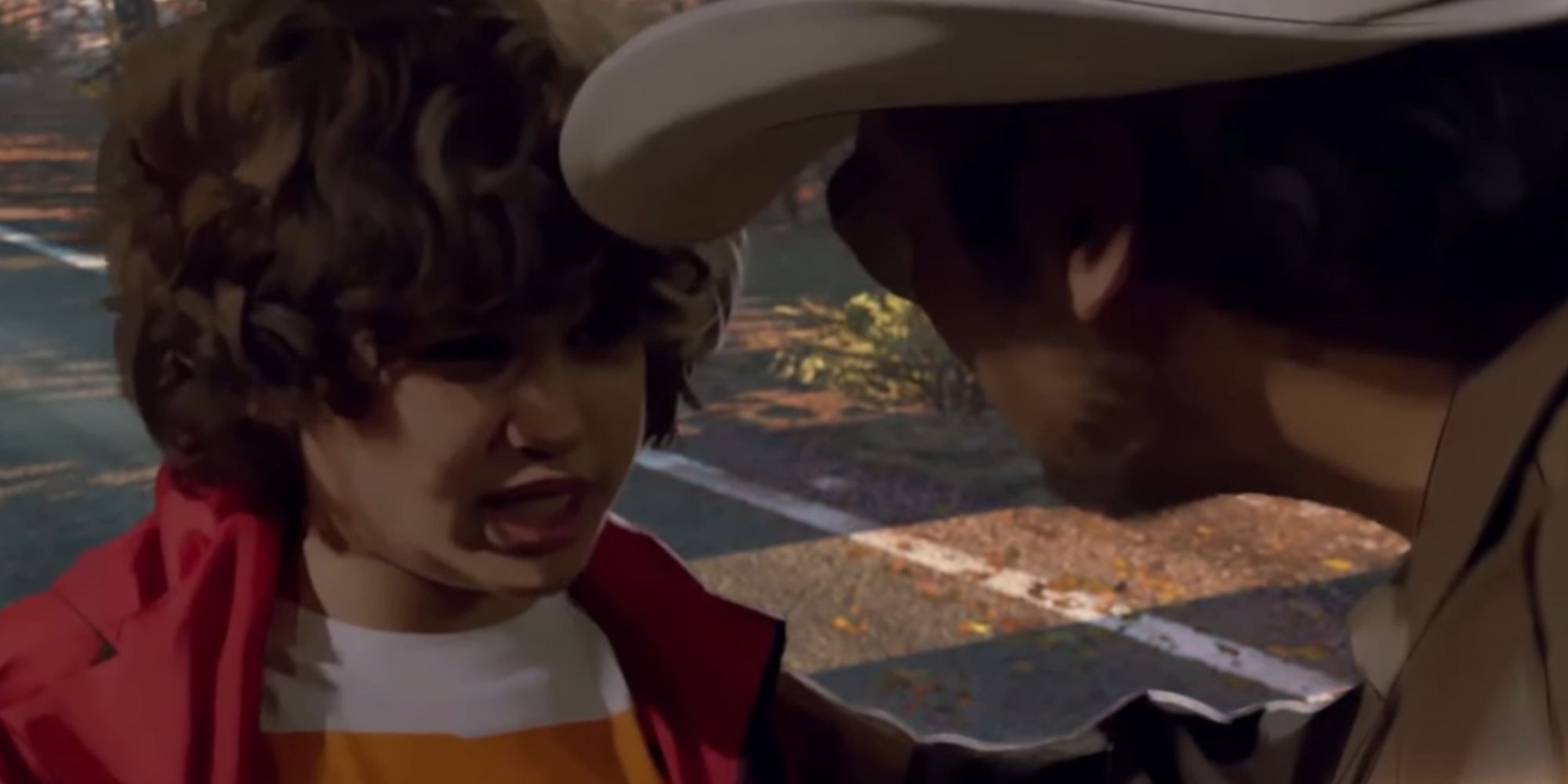 As Ash runs off to the woods looking for a fort, he will stumble upon Bear’s secret cabin — the place Sharon, Tyler, and Jay were headed to hide from the FBI. When Ash manages to escape the cabin, he bumps into Dante in the middle of the road. 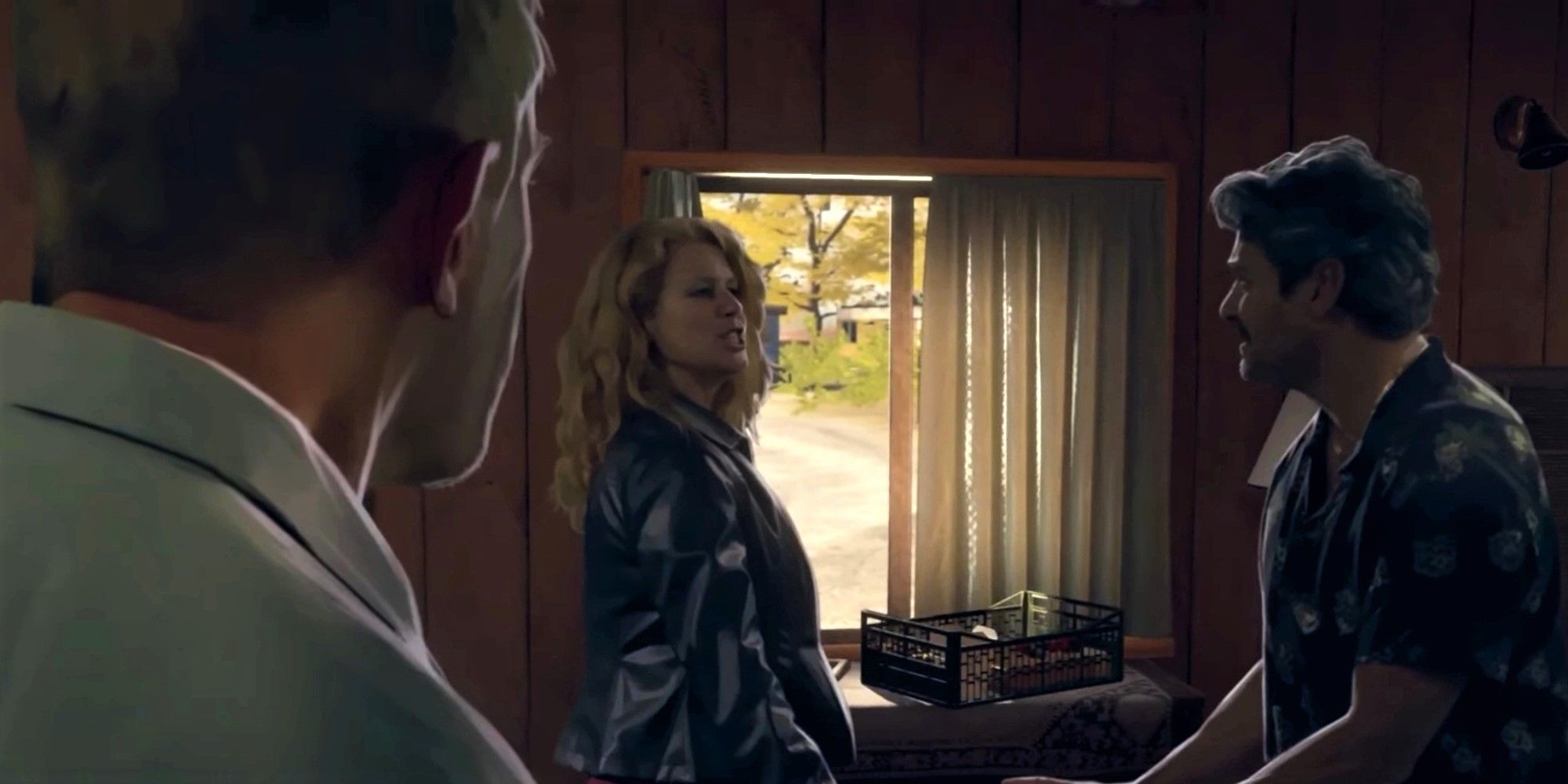 Sharon shows up in Paul's house, begging for his help to escape and withdraw the money from Dante’s bank account. Soon after, Dante also shows up at Paul’s house, which ends up with Sharon and Dante arguing and fighting with each other. While both Sharon and Dante try to ask for Paul’s help, you are given the option to choose to help either of the two.

Choosing to help Dante results in Sharon getting arrested. Choosing to help Sharon allows both Paul and Sharon to escape to another country, and live out their lives together.

2 Jump Without Vanessa Or Jump Together 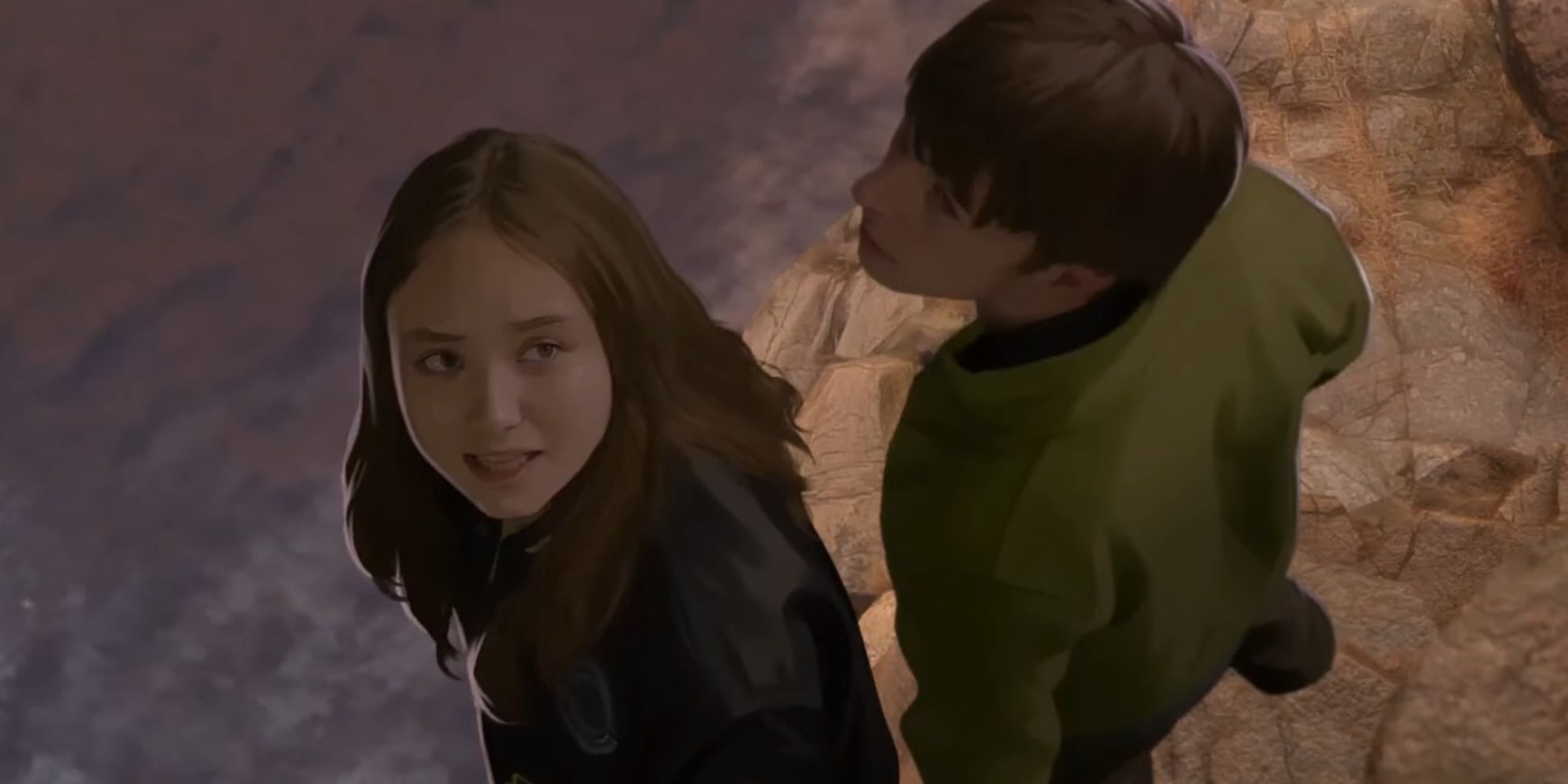 Jay and Vanessa are left with no other choice but to jump from the edge of the falls. If you choose to jump without Vanessa, the game fast forwards fourteen years. You find out that Jay survived the jump and has managed to build a quiet new life in Canada, while Vanessa ends up being sent to juvenile detention for quite some time. She does end up getting into law as a career later on.

If you choose to jump together with Vanessa, the game also fast forwards fourteen years. You will then see Jay alone in his house, but don’t worry — Vanessa survived the jump too. They end up spending a good six years together. However, Vanessa misses her normal life, which results in them parting ways. Jay says that Vanessa now lives in California.

1 Turn In Jay Or Forgive Him 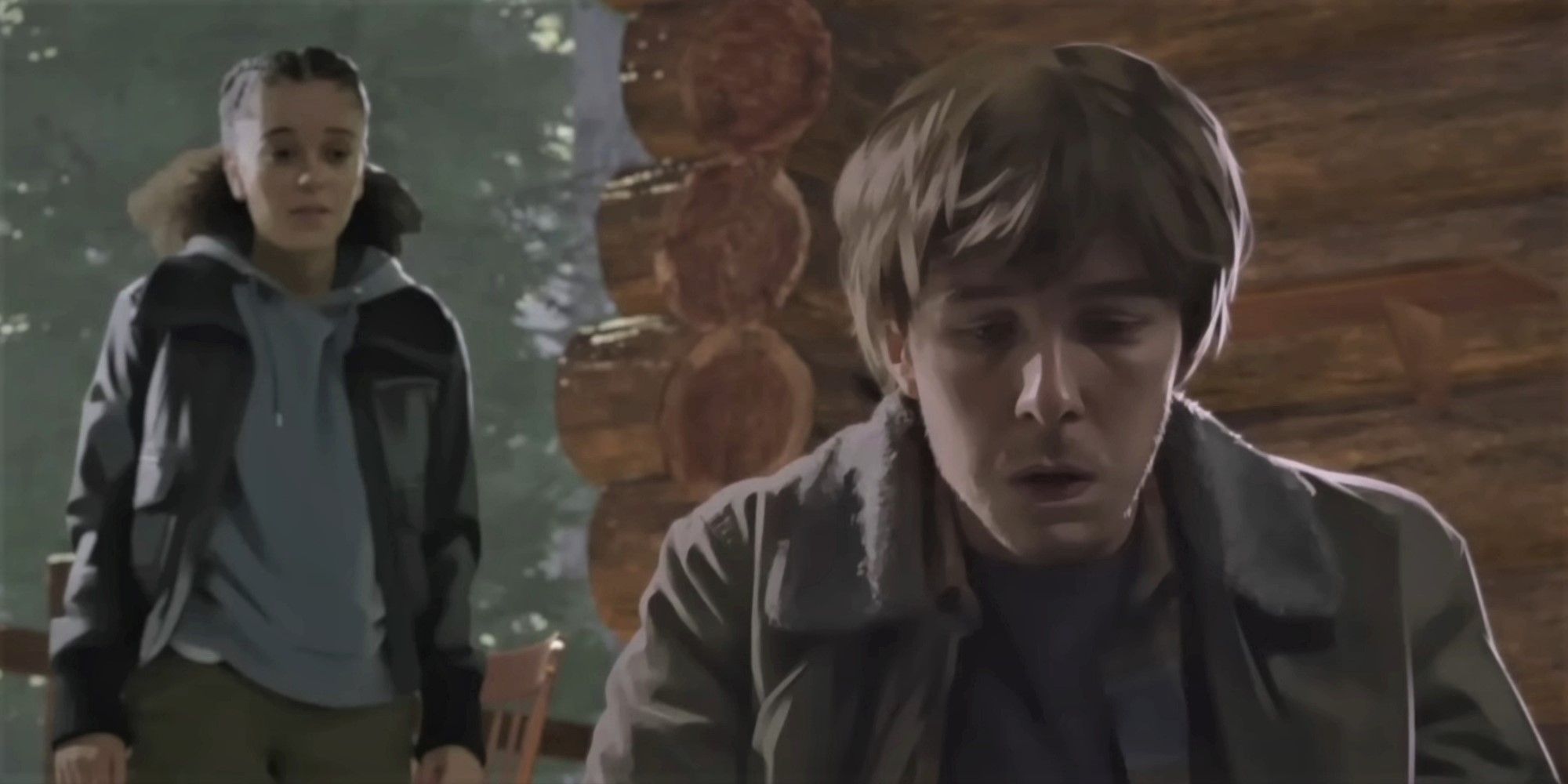 If your choices led to Jay successfully escaping to Canada, Zoe ends up visiting him. Choosing to remain hateful towards Jay — such as saying "we’re nothing alike" and "your family ruined my life" — will trigger the option for Zoe to get Jay arrested, or end up forgiving him. If Jay gets arrested, his sentence will depend on the choices you made for him during the game.

However, if you choose to be more sympathetic towards Jay, and choose to say "maybe we are" and "I don't hate you" during Zoe’s visit to Jay’s home, he will remain free — and they both may even end up sharing a rabbit for dinner.