You are here:
Home / Around the world in eight board games – the best travel-themed tabletop RPGs 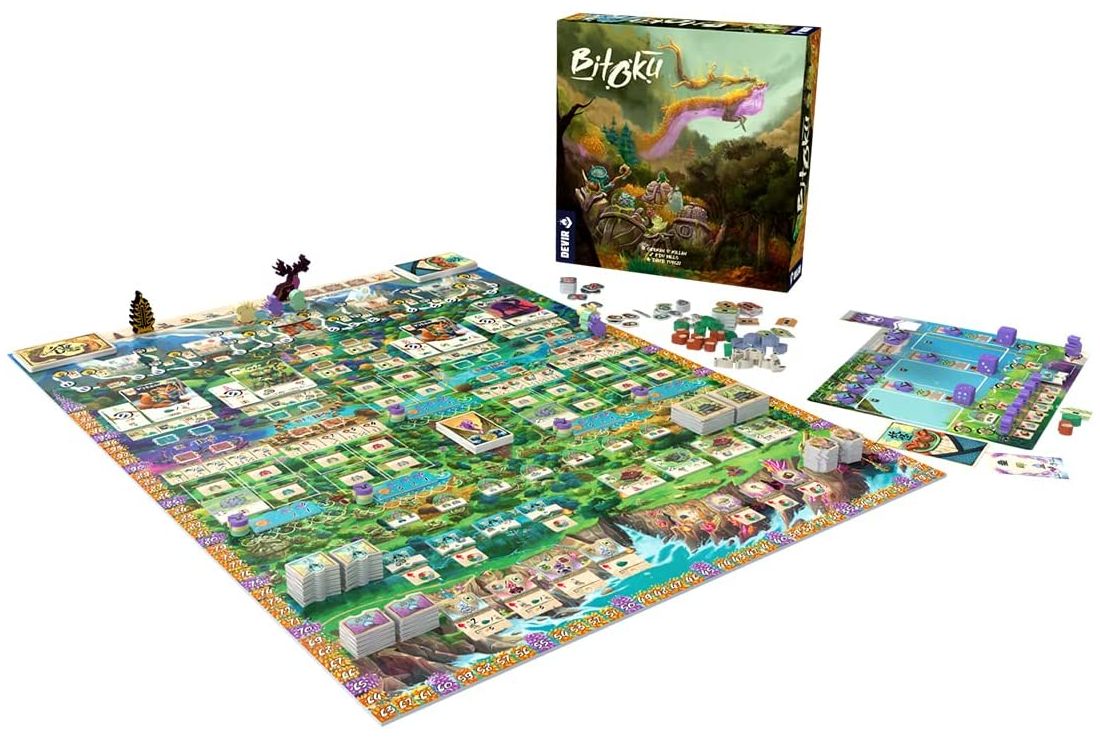 If you’re stuck inside again, thanks to cancelled flights or fear of heatstroke, you can still travel the world with some cool board games.

Has your summer holiday been scuppered by chaos at the airports? Don’t worry, you can travel the world from your living room! Indulge in some wanderlust with friends and family from the comfort of your armchair, as you complete quests and puzzles in faraway locales while avoiding the queues at passport control.

There were plenty of travel-themed board games at last month’s UK Games Expo and so we’ve selected some great new getaway games to try, as well as some new expansions for old favourites. Travel games are not only fun but can also be educational, often exploring the history and culture of a country, from Japanese tree spirits straight out of Princess Mononoke to expansionist Russian royalty.

Tabletop gaming is booming and with Gen Con, the world’s biggest tabletop gaming expo, coming up in just two weeks in Indianapolis there will be plenty more new board games and expansions unveiled. There’s particular excitement for the promised Return To Dark Tower, sequel to the classic 1981 board game Dark Tower, but also role-playing game Land Of Eem, which sells itself as Lord of the Rings meets The Muppets.

Ask anyone to recommend a game about travel and top of their list will be Ticket To Ride. It’s simple to pick up and play and a staple of every game café’s library. This new version is set in 1960s San Francisco and starts with each player owning a supply of 20 little cable cars to place on the board, and destination tickets that show locations in the city.

The gameplay involves completing routes around the Bay Area, and you do this by drawing more transportation cards from the deck and claiming routes on the board. You might even need to take a ferry! Any uncompleted destination tickets will lose you points, and then whoever has the highest score wins. Streamlined gameplay means you can finish the game in just 15 minutes. It’ll be released worldwide in August.

Haven’t had the pleasure of taking the Elizabeth Line yet? We were impressed by the purple seats and air conditioning but maybe you think you can do better! In Next Station – London you take the role of a project manager tasked by the City of London with redesigning the Tube network. You score points by optimising four Tube stops on the network, and keeping the tourists happy by making sure landmarks are easy to get to with as few stops as possible. The game takes place over four rounds and each round involves using coloured pencils to sketch the build of your underground line.

At the end of the round, you swap pencils with the player to your left and start another line until the fourth round, by which time you will have created an impressive network which criss-crosses the Thames. With advanced and solo modes, this game has great replayability and super sharp minimalist graphics the London 2012 Olympics would be proud of!

Catherine: The Cities Of The Tsarina

Not much has changed since the Tsarist Empire of 1762, as the Tsarina looks to expand her empire, but as a royal counsellor you can gain her favour by taking the country in a different direction, such as developing a strategy based on cultivating the arts instead of buying arms. This competitive game sees whether you can be successful at playing politics with the help of an innovative card mechanism. Played over a simulated three decades, which strategies you prioritise during the game lead to different win conditions by the end.

At the start of the game, you choose project cards which have assigned cities and resources, such as books or cannons, and an action which will give you a bonus. Draw and match the colour of activation and action cards to complete tasks such as placing a residence on the map and exchanging cards for points or a favour. Each round and decade is scored at the end, but with only 12 actions available for the game, every decision matters if you want to keep Catherine happy!

Looking like something straight out of a Studio Ghibli film, Bitoku sees players take on the roles of opportunistic Bitoku forest spirits, on their journey to transcendence and the goal of becoming The Great Spirit – after the current one retires. Achieving this goal will only be possible with the help of the lesser yōkai spirits, the kodamas, and the various pilgrims who support your levelling up. This is a complex and time intensive game of hand-management, where you’ll have plenty of time for contemplation and reflection as you strategise.

Players have three yōkai guardians, which must be placed in the right places at the right times to obtain the maximum benefit from their abilities. You’ll need to build structures in the forest, seek out soul crystals that generate resources, and help the mitamas – lost souls in search of redemption -by using the chinkon fireflies.

This game has a lot going on and a huge number of components. It took us several sessions of intense meditation to get to grips with the rules, but with a compelling narrative and some stunning aesthetics it’s worth the commitment to enlightenment.

The Castles Of Burgundy

Medieval France had as many power struggles as the current Conversative leadership race. In Castles Of Burgundy each player takes on the role of an aristocrat with a small princedom but your sights are set on a bigger castle to deck out with gold wallpaper at the soonest opportunity. Gameplay involves building settlements and castles, trading along the river, and mining for silver. There’s no rush to conquer, though, as progress is thoughtful and the game mechanics run as precisely as a Swiss watch.

Settlement tiles are your currency and expand your princedom, while each tile has a function which comes into play when it is placed. Our top tip is that farms are risky and mines are more reliable, but never start a region you can’t finish. While not a looker like Bitoku, Castles Of Burgundy is well-paced, accessible, and a pleasure to play.

With the airports in crisis, it might be worth considering taking your next holiday on the high seas. In Unfathomable you set sail on the steamship SS Atlantica but things quickly go Jack Sparrow as strange nightmares start to plague the minds of the passengers; shadows are seen overboard and satanic rituals are taking place in the ship’s chapel. The Deep Ones, led by Mother Hydra and Father Dagon, are on the move and are looking to sink the Atlantica.

During gameplay one or more players assume the role of The Deep Ones’ minions, who try to secretly sabotage the efforts of the passengers (other players) with hull leaks and food shortages; dealing with these in a timely manner might mean the difference between a successful voyage and a trip to Davey Jones’ locker.

If you play as a passenger, you need to fend off Deep Ones, prevent the Atlantica from taking too much damage, and carefully manage the ship’s resources if you want any hope of making it to Boston, all while trying to figure out who is trying to sabotage your journey and sink the ship. So basically, it’s a Cthulhu themed Among Us but in board game form.

If sea monsters weren’t bad enough there’s pirates on these high seas! If you can’t make it to Disney World this summer, for the Pirates of the Caribbean ride, there’s enough swashbuckling campaigns in this scurvy ridden death metal role-player based on the existing Mörk Borg game.

Stick on Entombed and break out the rum as you weld your cutlass and hope to roll a crit to defend against hordes of skeletons and ghost ships. Disney would NOT approve of this horror style pirate campaign.

The ultimate travel destination for the likes of Bezos and Elon Musk has now been realised in board game form, as the dream of building cities on the surface of the Moon becomes a reality. Luna Capital is a tile placement game with cool comic graphics and stackable spaceships. Over 12 rounds, players need to construct the greatest settlement on the Moon and win the game.

Each round sees players choose from one construction card and the project tiles beneath it. The tiles show what projects are available, all of which are essential for the construction of a luxury Moon base. They include oxygen collectors, greenhouses, residential complexes, and marketing suites to sell flats with 360° views of the galaxy. Manage your resources right and you can be mayor of the Moon. Can’t wait for Starfield? Luna Capital has you covered.