You are here:
Home / Arm unveils client-based processors in its biggest launch to date

Arm unveils client-based processors in its biggest launch to date

Arm is introducing its family of Arm Total Compute solutions for client computing products, from TVs to energy-efficient laptops. The products include processors and other Armv9 chips designed for a range of new digital client devices.

The Arm Total Compute solutions include Armv9 architecture processors, as well as other main components that can be used to build an entire client device. Arm is a chip architecture company that doesn’t make its own chips, but rather licenses the designs out to customers who can customize them and build them into their own devices.

The central processing units (CPUs) include the Arm Cortex-X2 processor, which is 16% faster than Cortex-X1 (introduced last year) with the same process and frequency levels, Arm senior VP Paul Williamson said in a press briefing.

“This is our biggest launch ever,” Williamson said. “It brings Armv9 into every single market.”

That’s a pretty big statement, as Arm’s customers have shipped more than 100 billion chips in the past five years. Nvidia is in the midst of acquiring Cambridge, U.K.-based Arm for $40 billion, but the deal is waiting on regulatory approvals.

Another new chip is the Armv9 “BIG” core CPU, Cortex-A710, which offers a 10% performance uplift with a 30% efficiency gain and twice the machine learning capabilities of the previous generation. And the Cortex-A510 is the first “LITTLE” core in four years, with 35% faster performance and a threefold increase in machine learning. The latter is targeted at wearables, home devices, and smartphones.

To support the ecosystem in a push for performance, all mobile BIG and LITTLE cores will be 64-bit-only by 2023.

The company also has a range of Mali graphics processing units (GPUs) powering high-quality visual experiences for consumer devices. And it has new CoreLink Interconnect technologies to provide reduced latency, increased performance, and decreased power consumption across the whole system.

Arm recently unveiled the Armv9 architecture, the foundation of the next decade of compute devices based on its architecture. Now it plans to take the designs into the smartphone, laptop, desktop, cloud, and other markets.

Arm says it is focused on uncompromised performance, security, scalability, and efficiency. 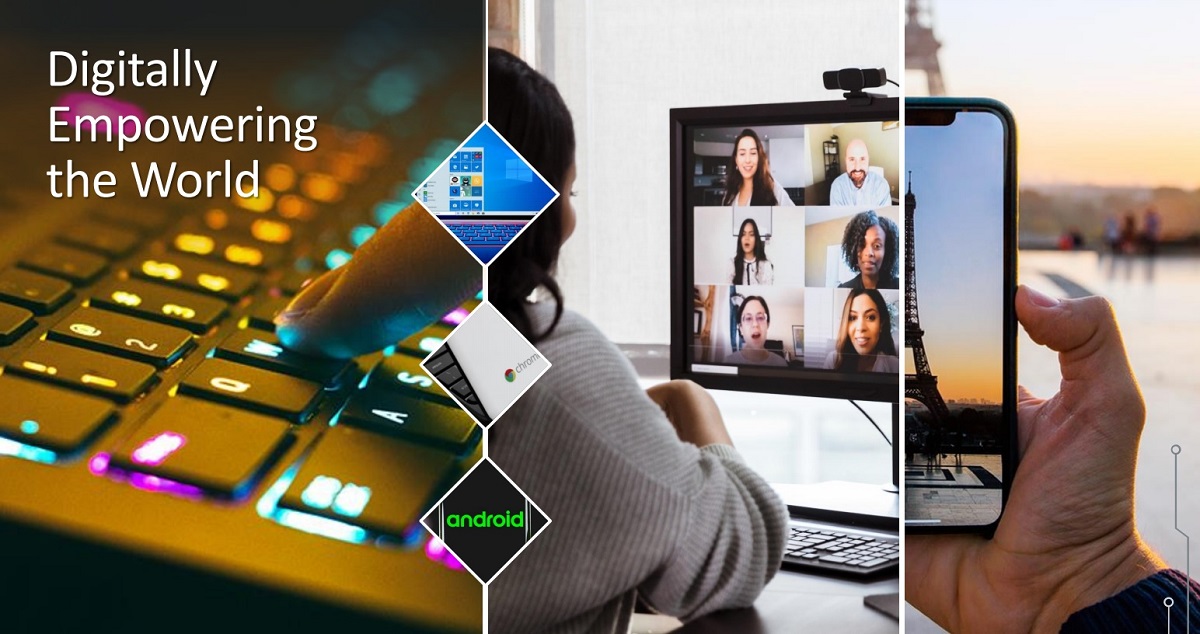 Above: Armv9-based chips are part of Arm’s biggest product launch ever.

Supporting these CPUs is the DynamIQ Shared Unit, DSU-110, which enables a wide range of solutions across diverse market segments. It supports up to eight Cortex-X2 CPUs. Williamson said Arm has been working with Zoom to release a new version supporting Arm and Windows this year.

Above: Arm has a new lineup of CPUs, GPUs, and other chips for client machines.

“We’ve got a really aggressive performance trajectory for it,” Williamson said.

The latest GPU is the Arm Mali-G710, Arm’s highest-performing GPU targeting premium smartphones and the growing Chromebook market to deliver 20% performance improvements for compute-intensive experiences, such as high-fidelity gaming. Mali-G710 also offers a 35% machine learning uplift for a variety of ML-related tasks, such as image enhancement for new camera and video modes.

Like last year, Arm is also announcing an accompanying sub-premium GPU called the Arm Mali-G610. This GPU inherits all the features from Mali-G710 but at a lower price point, enabling partners to rapidly address this growing market and bring premium use cases to a wider audience of developers and consumers.

And finally, Arm’s Mali-G310 is its most performant efficiency GPU, delivering the highest performance at the lowest area cost. Mali-G310 now brings the Valhall architecture and high-quality graphics technologies to lower-cost devices, such as entry-level smartphones, AR devices, and wearables.