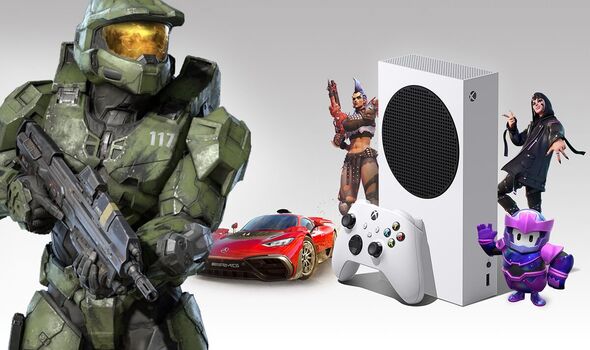 As the Christmas shopping days grow ever shorter, Microsoft has teamed up with Amazon and Argos to slash the price of the Xbox Series S. Microsoft’s dinky next-gen console has been a huge hit since launch, offering visuals upgrades, greater performance and speedy loading times at an affordable price. And thanks to some great new deals ahead of Christmas, the Xbox Series S has become even more affordable.

Dropping to Black Friday price points, the Xbox Series S is currently selling for an impressive £209.99 at Argos.

The no-frills bundle includes the Xbox Series S console itself, alongside a high-speed HDMI cable, a controller and two batteries.

If you’re new to the Xbox scene, you can actually sign up for one month of Xbox Game Pass for just £1 as part of an introductory offer.

However, while the Argos deal is good, retail rival Amazon has gone one better, selling the Xbox Series S for the low price of £199.

If you’re an Amazon Prime subscriber, you can opt for next-day delivery, and in some cases, even get it on the same day you ordered.

Amazon is also giving customers the ability to pay for the console in instalments, which is handy at this time of year.

Hit the link below for more details on the Xbox Series S deal at Amazon.

If you do pick up an Xbox Series S with Game Pass and need some game recommendations, then Xbox first-party releases like Forza Horizon 5 and Sea of Thieves should be at the top of your list.

Forza Horizon is a stunning open-world racing game set in Mexico. When not admiring the gorgeous visuals, players can participate in hundreds of events, both online or against computer-controlled racers.

Sea of Thieves, on the other hand, lets users team up to explore the vast oceans and islands as a band of pirates. It’s one of the better games to try with friends.

If you’re after some newer releases, indie role-playing game Chained of Echoes is getting a lot of buzz, while A Plague Tale Requiem was nominated for game of the year at last week’s Game Awards.