You are here:
Home / Among Us’ Lack Of Characters Is Why It Has Endured

Among Us’ Lack Of Characters Is Why It Has Endured

Among Us' time in the most immediate viral spotlight may have been and gone, but it remains an incredibly popular game. In fact, compared to a lot of other flash in the pan viral hits (anyone remember Fall Guys?), its popularity has endured beyond its most immediate moments in the sun. The game continues to get updates, remains the topic of countless memes (probably the best indicator of an IP's popularity), and has a range of merch including a very strange advent calendar last year. Oh and also it's a video game that people continue to play. In a world full of crossovers, tie-ins, and movie spin-offs it feels like part of the reason Among Us has endured is because it has no characters.

I don't want to rag too hard on Fall Guys. It's a nice game, I had a good time with it. I won some crowns, had some laughs, yeeted some beans – you know how it goes. It came and went, and that's all it needed to do. But it felt like a slow death, a macabre marionette show, when every so often a new crossover was announced and a couple of iconic characters were jellybeaned and cut in two in the hopes of drawing back dozens of players still interested in Fall Guys. It arrived at the perfect time, but once that window had closed, that should have been the end. Instead of deflating with dignity, there were desperate attempts to reinflate it, not by patching up the holes, but by constantly pumping in more and more IPs in the hopes of somehow pulling off a miracle.

Among Us is a much simpler beast. While crossovers are not unheard of, they are much less disruptive. For Ratchet & Clank: Rift Apart, Among Us got a Ratchet hat, and that's pretty much it. Even the characters themselves are not defined beyond their colours. Though Red has become a de facto mascot for the game, all of the characters are interchangeable and merely tools for you to murder or avoid being murdered. It is gameplay in its simplest form, and while that can't work for every game, Among Us' understanding of what makes itself so successful (even if that success was belated) is why the game has remained so pure. 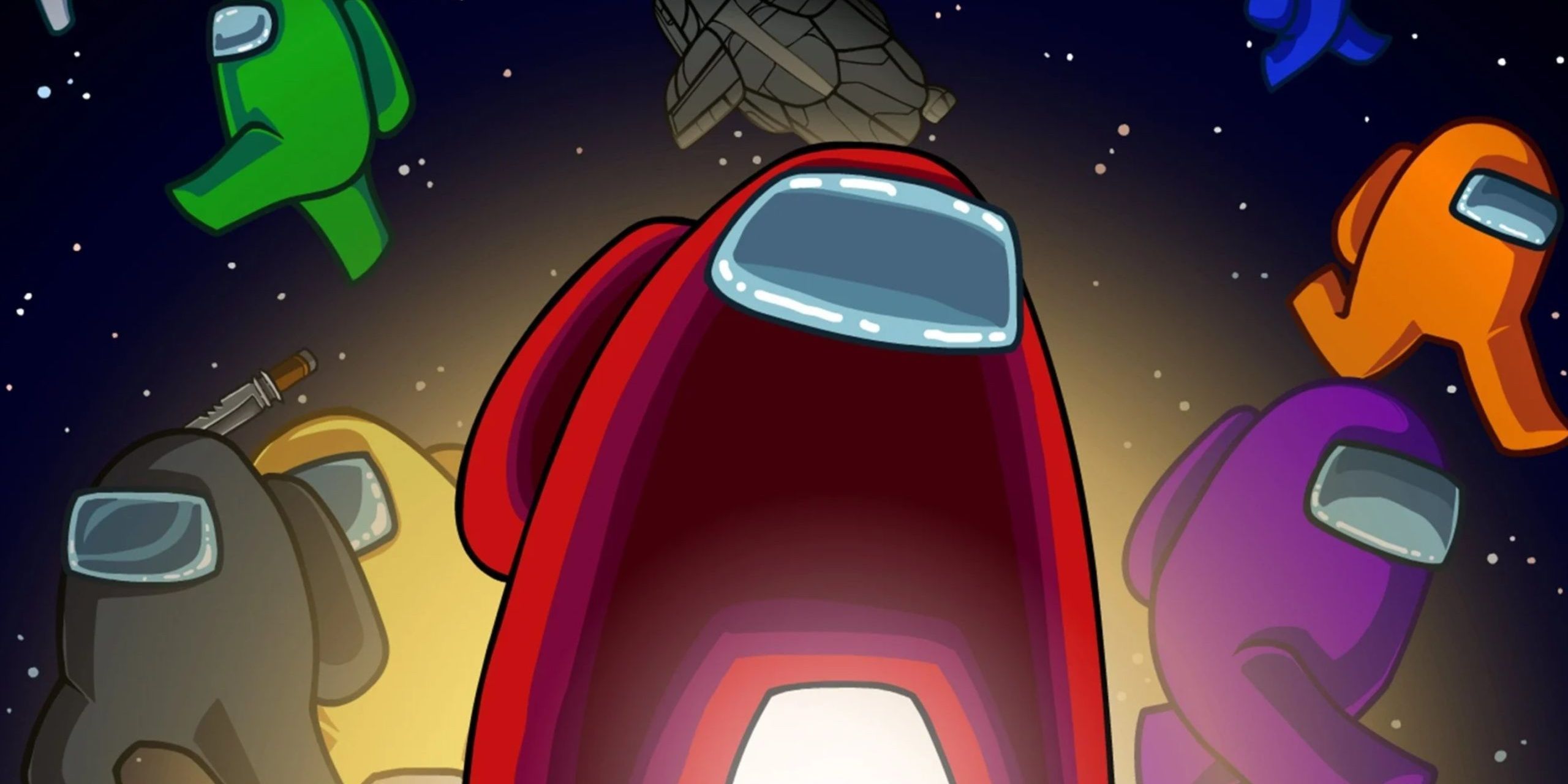 We have even seen the devs abandon plans for a sequel to instead continue to reinforce and tweak the base version of the game, adding new maps and VR modes, but never disrupting the simplicity of the characters themselves. There has been no attempt to engineer personalities for each colour, not even in the marketing. In some ways, especially as the game moves into the realm of physical merch, it makes sense to spin the crew as similar to the Seven Dwarves, with Red as Doc, Yellow as Happy, Blue as Bashful, and Green as Dopey. Cutscenes or even just skits uploaded to social media could help sell the game, but they would also dramatically shorten its shelf-life. Among Us is relevant because we the people have decided it is, not because they the executives have decided they still want to sell it to us.

Fall Guys' marketing was fantastic, but even with an indie game, that sort of capitalist promotion (the overall ambition of it was for us to engage with a product they were selling) can only last for so long. Among Us still promotes itself (and having a cheesy advent calendar full of schlocky plastic toys is most definitely capitalist) but all the stories have come from players. All the art and narrative from Among Us is fan driven. We get to create the stories and we get to build on them. As Among Us clones become more and more popular in coming years, they will try to make themselves stand out by providing us with a cast of wacky characters, but the truth is Among Us works precisely because it doesn't have one.