You are here:
Home / American Arcadia Preview – The Land Of The Free

American Arcadia Preview – The Land Of The Free

American Arcadia probably has the best elevator pitch of all the games in the Tribeca Game Selection. You play as a man who has been trapped in a 1970s American utopia, although ‘trapped’ is perhaps the wrong word. He’s very happy there, until someone on the inside instructs him to escape, and he realises his entire life has been a lie. Though the demo only showed his physical escape, ending with a rooftop chase, it also begins with him apparently being interrogated by police, and it’s unclear exactly how much this world and its inhabitants are aware of what happens in Arcadia, even as it’s broadcast into their homes.

The comparisons to The Truman Show are obvious, but also a little trite. Trevor is not the only one unaware that his world is really a television show – all of his co-workers and friends are too. It’s more similar to Michael Bay’s The Island, at least for the 40 minutes or so that The Island manages to be compelling. In fact, people who disappear are even said to have won a contest (but have actually been killed for knowing too much), which is what motivates Trevor to follow the signs an insider is giving him in order to learn the truth and escape.

When playing as Trevor, the game is a side-scrolling platformer, seeing you climb ledges, move boxes, and race to jump over gaps. It’s pretty competent, but particularly shines when you take control of cameras or machinery, letting you manipulate the world. This isn’t without its drawbacks – at one point you move a crane lift off screen, with no real sign of whether it’s going up or down – but it adds a bit of depth. 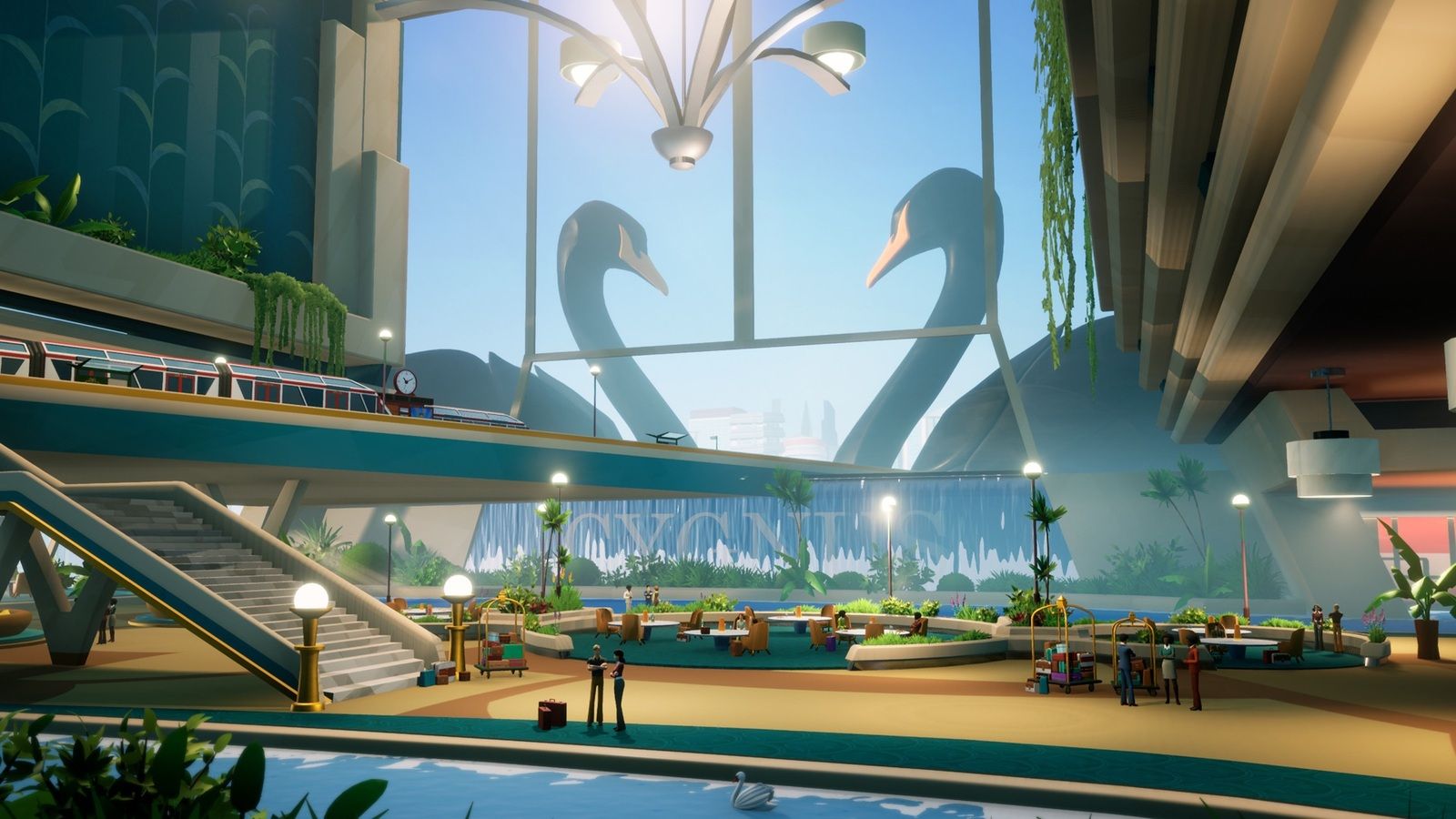 Still, the gameplay in these sections is just a framework for the narrative to unfold. With just a few light images – slick ‘70s decor, imposing 1984-style screens, the brooding shadows of behind the scenes – American Arcadia builds its world successfully. It’s a solid foundation, but the story itself needs to offer more than images we’ve seen before. While I don’t think The Truman Show comparison is completely accurate, it feels like American Arcadia is relying on our knowledge of other media to fill in the gaps instead of building something compelling of its own.

The other half (it remains to be seen if they are split 50/50 in the full game) sees you play as an unnamed woman inside the organisation who helps Trevor to escape and directs him around the world. Her sections are played in first person, and play out like adventure puzzlers, seeing her hack cameras, find door codes, and complete a host of similar activities. It’s a nice break, gameplay wise, that offers good variety. You get the sense these sections have a higher ceiling, and not just because she’s working at an executive level. There’s more this character might be able to do, even though it’s Trevor’s story. 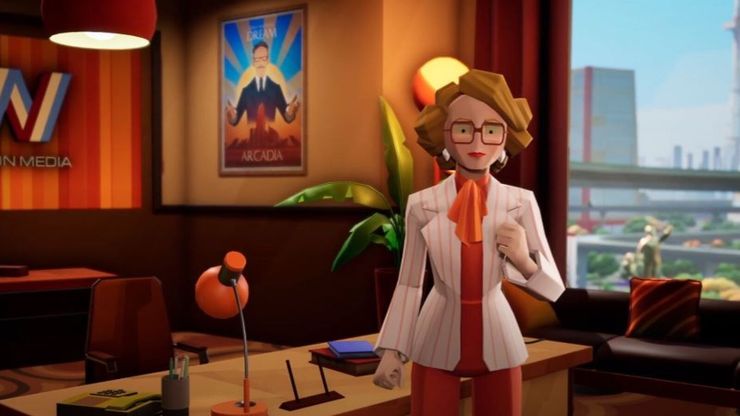 There’s a lot to like in American Arcadia, but after half an hour with it, I’m not sure I know much more than I did when I saw the trailers. It’s a game that is built on its concept and storytelling, and still needs to deliver. The comparison to The Island might prove telling – how quickly that all fell apart. I’m a little more hopeful with American Arcadia. As a little indie that could, it’s not too big to fail, but with its sublime art style, perhaps it is too pretty to fail entirely.

American Arcadia will have caught a lot of peoples’ eyes with its core concept, and there’s nothing I saw that might dissuade people already on board. If you’re yet to be convinced though, there’s not much I can say beyond ‘just go with it’. That’s what Trevor does, and it seems to be working out for him. You know, apart from the police interrogation.