You are here:
Home / All I Want Is To Relive My Light Gun Glory Days

All I Want Is To Relive My Light Gun Glory Days

The House of the Dead remake has been a delightful walk down memory lane for someone like me that grew up obsessed with light gun games, but I can’t help but feel like its potential is wasted on the Switch. Despite a variety of control schemes, there’s no way to play House of the Dead the way it was meant to be played – by pointing a cheap plastic gun at tube TV frantically pulling the trigger as fast as you can. The House of the Dead remake is a grim reminder that an entire era of gaming has been completely lost, possibly forever. Letting my GunCon 2 go in a yard sale is one of my biggest regrets in life, and I’d love it if someone brought the light gun games back.

A lot of people might think the light gun genre started on the NES with Duck Hunt and disappeared until the Wii gave a new crop of on-rails shooters like House of the Dead: Overkill, Dead Space: Extraction, and Resident Evil: Umbrella Chronicles. However, there was actually a huge library of light gun games on the PS1, PS2, and PS3 – and I had them all.

By the time I had my own money for games in the early ‘00s, arcades were pretty much extinct in the US. The only way to play arcade shooters like Time Crisis where I lived was at home using GunCon controllers. Games like Time Crisis, Point Blank, and one of my personal favorites, Vampire Night, proved so successful on the PS1 that publishers like Capcom, Namco, and Sega started developing light gun games exclusively for the PlayStation that were never even released in arcades. Without needing to design around Continues and quarter-munching mechanics, developers were able to create longer, more complex light gun games than anything that had been seen in arcades.

One of the early big successes for the GunCon was Resident Evil Survivor, one of the first off-rail shooters, which allowed players to walk around freely using the buttons on the gun. The first survivor was released without GunCon support in the US due to anti-video game propaganda surrounding the Columbine High School massacre, but future entries in the Gun Survivor series did support the GunCon, including Resident Evil: Dead Aim on the PS2. 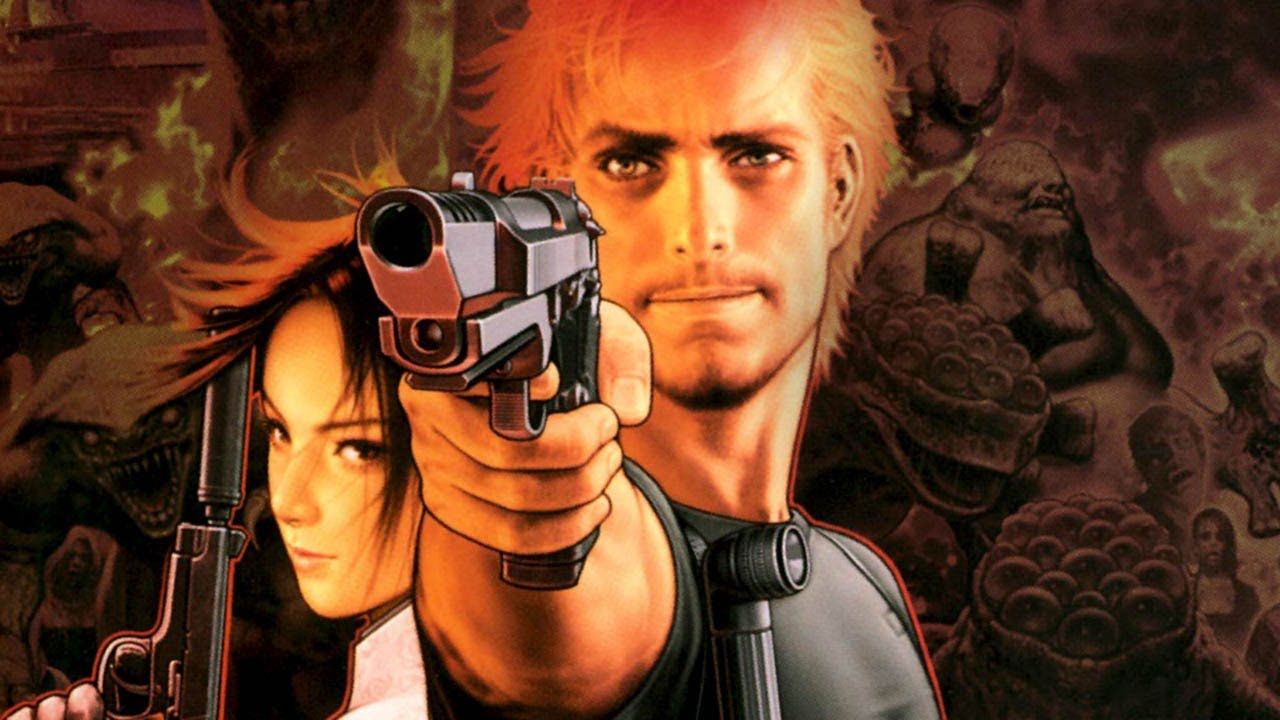 While the Time Crisis series was by far the most successful GunCon series, There were plenty of other weird and wonderful light gun games on the PS1 and PS2. The aforementioned Vampire Night was a horror-tinged shooter filled with hideous monsters, while Ninja Assault tasked pistol-wielding ninjas to rescue Princess Koto from an evil Shogun and his demon army. There was a Dino Crisis spin-off called Dino Stalker, an FMV Judge Dredd game, and an incredibly ambitious Starksy & Hutch game where one player drove with a steering wheel controller while the other fired at enemies using a GunCon 2. The light gun genre ended with Time Crisis 4 on the PS3 which came with the criminally underutilized GunCon 3, a pistol-style peripheral with a full dual-stick controller built in.

The Wii introduced a new era of on-rails shooters, but those classic arcade light gun games have been lost to time. Early VR games like Until Dawn: Rush of Blood and Drop Dead tried to capture the feeling of classic arcade shooters, but off-rails FPS games quickly proved more popular thanks to Half-Life: Alyx, Arizona Sunshine, Stormlands, and countless others.

For most people, those classic GunCon games are gone forever. You’d need a working PS2, GunCon controller, game discs, and a CRT television to play them, since the old censorless GunCons don’t work with modern displays. Maybe Capcom and Sega will invest in VR remakes of these forgotten classics someday, like Capcom recently did with Resident Evil 4, but seeing The House of the Dead remake on Switch doesn’t give me much hope. Game preservation is hard enough without the burden of niche peripherals like light gun controllers. I’d love to play Ninja Assault and Dino Stalker again someday, but they’re probably gone forever.