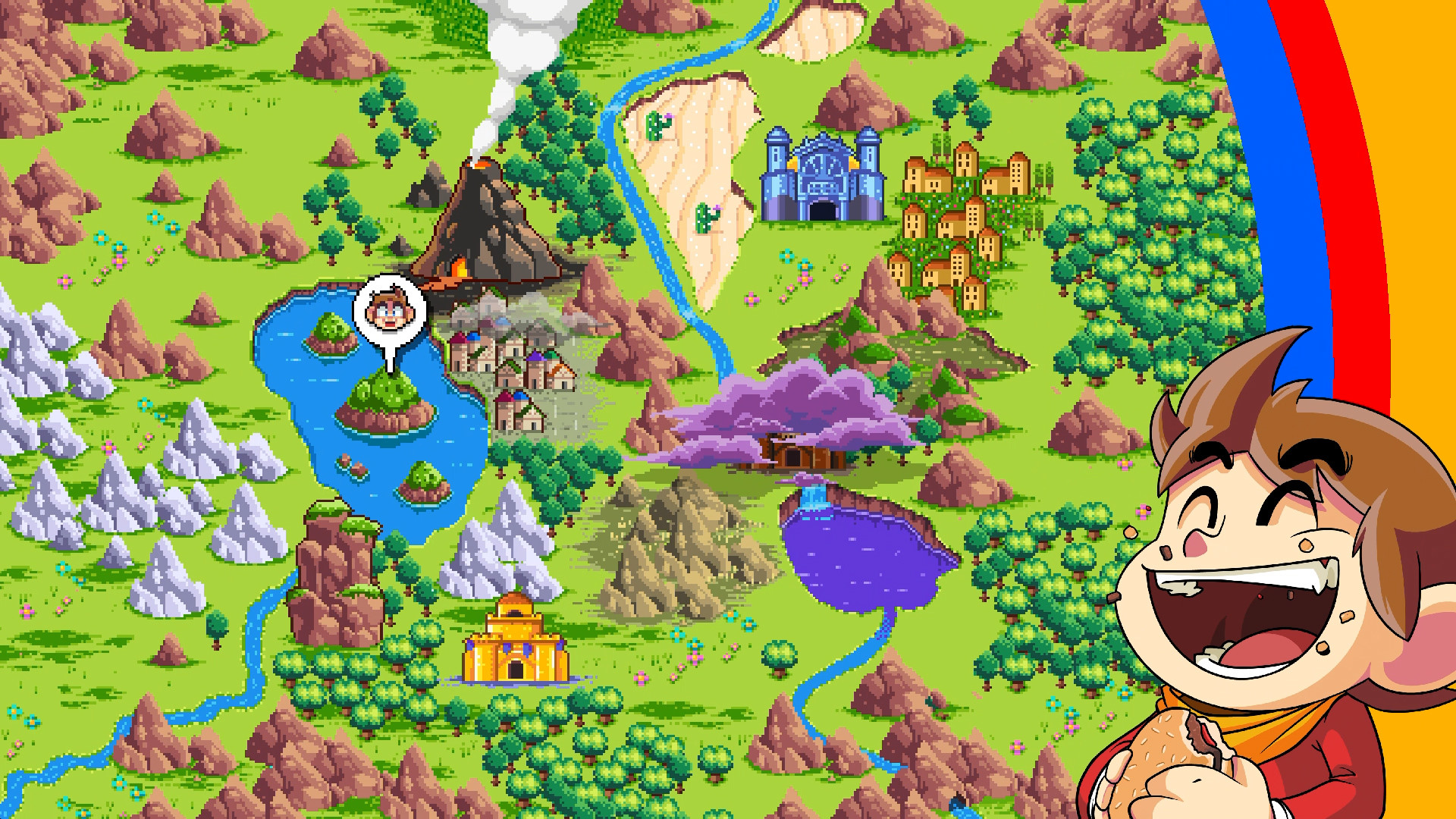 One of Sega’s earliest platform games gets the modern remake treatment but is it enough to make Alex Kidd a star once again?

When it arrived all the way back in 1986, Alex Kidd In Miracle World received an enthusiastic welcome. It was hailed as Sega’s answer to Super Mario Bros. (which was released the year before), at a time when Sonic the Hedgehog was a mere glint in Yuji Naka’s eye. Sega saw it as such an important game that it was even hardwired into its Master System and Master System II consoles.

That storied history has lent it retro classic status, which makes it slightly baffling as to why a modern remake has been so long in arriving. Although it is true that, despite several subsequent Alex Kidd games, the franchise fizzled out with a whimper, a process in which a certain blue hedgehog played a major role.

Now, however, owners of modern consoles can see what all the fuss is about – not due to any great initiative from Sega, but thanks to publisher Merge Games and a tiny Spanish developer called Jankenteam. The remake is clearly a labour of love, with Jankenteam reworking the original 8-bit graphics into a much more modern style, although you can switch back to the original graphics at any time.

Alex Kidd In Miracle World was one of the games which helped define the platform-gaming blueprint as we now know it, which makes this a fascinating exercise in digital archaeology. It is 35 years old though and when you start playing the remake one thing becomes instantly obvious: in terms of difficulty things were a lot less forgiving in the 1980s.

While Alex Kidd In Miracle World DX is checkpointed and, like the original, takes place over the course of 17 distinct levels (plus a few that Jankenteam has added) you’re only given three lives before dying and are then returned to the start of whatever level you’ve reached. If that sounds like too much though you can cheat by awarding yourself unlimited lives.

Even if you do that, though, this is still a brutally hard game. As you would expect from something released in 1986, it’s also quite minimal in terms of gameplay. In his base state, Alex Kidd can jump and jump and punch – the latter horizontally to the left or right and… that’s it. If you land on an enemy you will die, so there’s no Mario-style jumping on bad guys’ heads. Alex himself doesn’t exactly have a massive reach, so you have to time your punches to perfection, and swiftly master the art of timing attacks while in mid-jump.

Thankfully, the game contains plenty of useful power-ups, including a ring which lets you shoot rather than punch; a tiny car that lets you speed through levels, pulling off huge jumps; and a helicopter and a boat which allow you to shoot while manoeuvring. Many of the levels let you visit a shop at the start where you can purchase these power-ups. Sensibly, you choose when to deploy them, usually saving them for key sequences within the level.

One element of Alex Kidd In Miracle World DX which could be potentially off-putting – especially for those used to modern platform games – is its patchy difficulty curve, clearly a concept that developers hadn’t fully mastered in 1986. The first level, for example, is much harder than the two that follow, perhaps as some sort of means of testing your levels of persistence, an attribute than any gamer had to possess in those days.

But persistence proves worthwhile, as the game eventually reveals itself to be more varied and complex than it first seems, and it’s still obvious why it was perceived as being ahead of its time. Unusually for a platform game, for example, it has a storyline, presented in a minimal manner (via conversations with characters you meet) but somewhat reminiscent of the Zelda games. Alex Kidd, it turns out, is a long-lost prince who must liberate the world from the evil machinations of Janken the Great, who has also imprisoned Alex’s brother, Egle.

Each level presents different, distinct challenges: in some, you must think hard about which blocks to break and which ones to leave as stepping-stones for tricky jumps, while in others, plotting a precise course through certain areas and then timing your execution to perfection is paramount. You meet plenty of bosses, most of whom you must defeat by winning games of rock-paper-scissors, but there are more conventional boss battles, too.

Jankenteam has added a Boss Rush mode which lets you take on all the bosses without the intervening platforming, but you swiftly tire of all that rock-paper-scissors.

Technically, Jankenteam’s efforts are impressive; the new graphics feel absolutely spot-on, preserving the vibe of the original but adding modern production values. At the same time the controls feel like the original while also being subtly upgraded.

Alex Kidd In Miracle World DX is something of a curio: the precision it requires, and its often brutal difficulty level, may lead to controller-smashing outbreaks of frustration among those used to more forgiving modern games. Playing it almost feels like a bit of a history lesson, but it also leaves you impressed by the notion that, even when platform games were in their infancy, they could support surprisingly diverse gameplay and transcend any suspicions that they might be a one-trick pony.

For those who see themselves as platform game fanatics, with an interest in how the genre developed, this is a must-buy. But it helps that Alex Kidd In Miracle World DX is sensibly priced, which should also make it an attractive purchase for the merely retro-curious, who may struggle a bit with it at first, but will then surely click with its distinctive rhythms and patterns.

In Short: A solid reworking of a brutal but characterful retro platform game, which offers a fascinating insight into the earliest days of the genre.

Pros: Tons of character, with surprisingly diverse gameplay. New graphics impress, while keep the spirit of the original.

Cons: A patchy difficulty curve and extremely unforgiving by modern standards. The rock-papers-scissors boss battles were always a dumb idea.