AI: The Somnium Files – Nirvana Initiative is the sequel to 2019’s critically acclaimed AI: The Somnium Files, a visual novel adventure with plenty of puzzles, high-octane detective work, and a fixation with eyeballs. This recent follow-up to A.I continues the absurdity of the original game’s world, with a story that focuses on new characters Ryuki and Mizuki solving the mysterious ‘half-body’ murders.

AI: The Somnium Files – Nirvana Initiative features Ace Attorney-esque investigation sequences, dream-like dives into the psyche, and plenty of puzzles for you to solve. If you haven’t played the first game, some of this can be quite overwhelming. Follow our tips below to ease those early struggles and become a master ABIS detective. 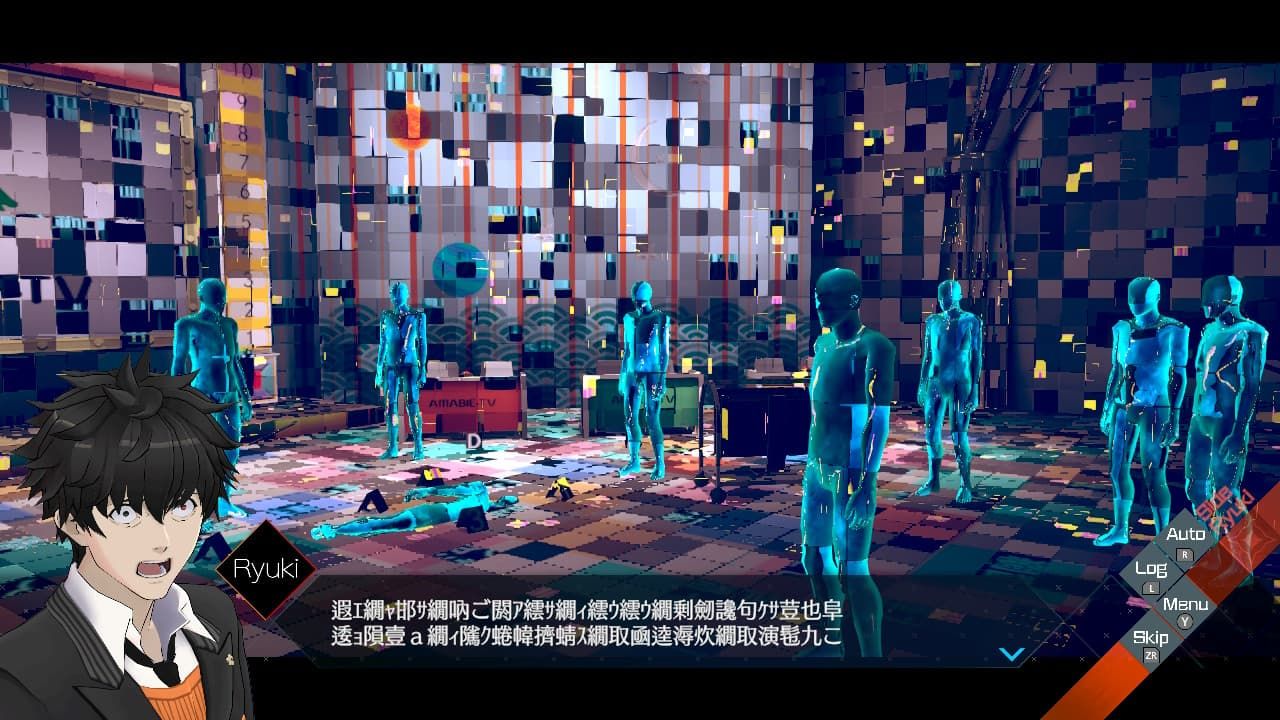 Before you begin the main story, you’ll be asked what difficulty you want to play the game on. These options are fairly self-explanatory, but they’re important to consider if you haven’t played the first AI: The Somnium Files game.

These options mainly adjust how much time you have to solve the key somnium puzzles, as well as how many options you have to retry answering essential questions both in and out of these dungeons. Before you start playing Nirvana Initiative, carefully consider how good you are at thinking quickly, and choose your difficulty selection based on your assessment. The difficulty option doesn't change how the story is experienced in any other way, so it doesn't matter which option you choose.

In the game’s opening moments, you’ll also be asked by a quiz show host if you’re familiar with the ‘Cyclops Killer’. This question is essentially asking if you’ve played the first game, which the dialogue will eventually spell out to you plainly.

If you say ‘no’, you’ll be treated to a version of the game that kindly cuts out dialogue containing spoilers for the first game, meaning you can always go back to it later!

Side Ryuki And Side Mizuki 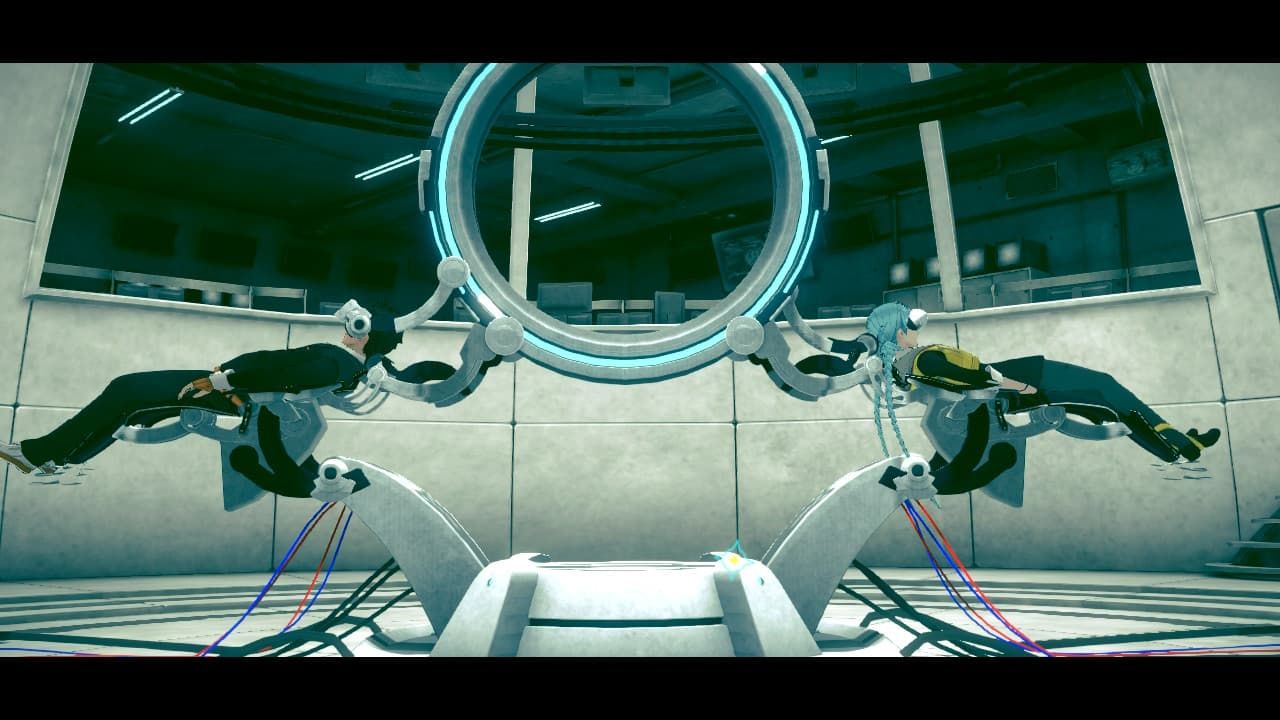 As you’ll discover pretty quickly, the story in Nirvana Initiative is split between the perspective of two characters: Ryuki and Mizuki.

Without giving away any elements of the plot, in order to experience the full story of Nirvana Initiative, you’ll need to experience two ‘routes' – one focused on the investigation of each character, before the game’s conclusion.

After Chapter 0, which switches between both characters, you’ll experience events as Ryuki for a few chapters. After this, you’ll eventually need to return to the beginning of the game, where a branching path before the very first somnium will allow you to use knowledge obtained from Ryuki’s route in order to unlock Mizuki’s route.

Whilst it is possible to ‘sequence break’ and unlock Mizuki’s route before playing through Ryuki’s, the game intends for you to play Ryuki’s route first. Mizuki’s route won't really make sense without it, and you’ll find it hard to unlock it without learning some spoilers for the game's central mystery first, so even if you've heard about this, do yourself a favour and play the game in the intended order.

Examine Everything And Read Notes 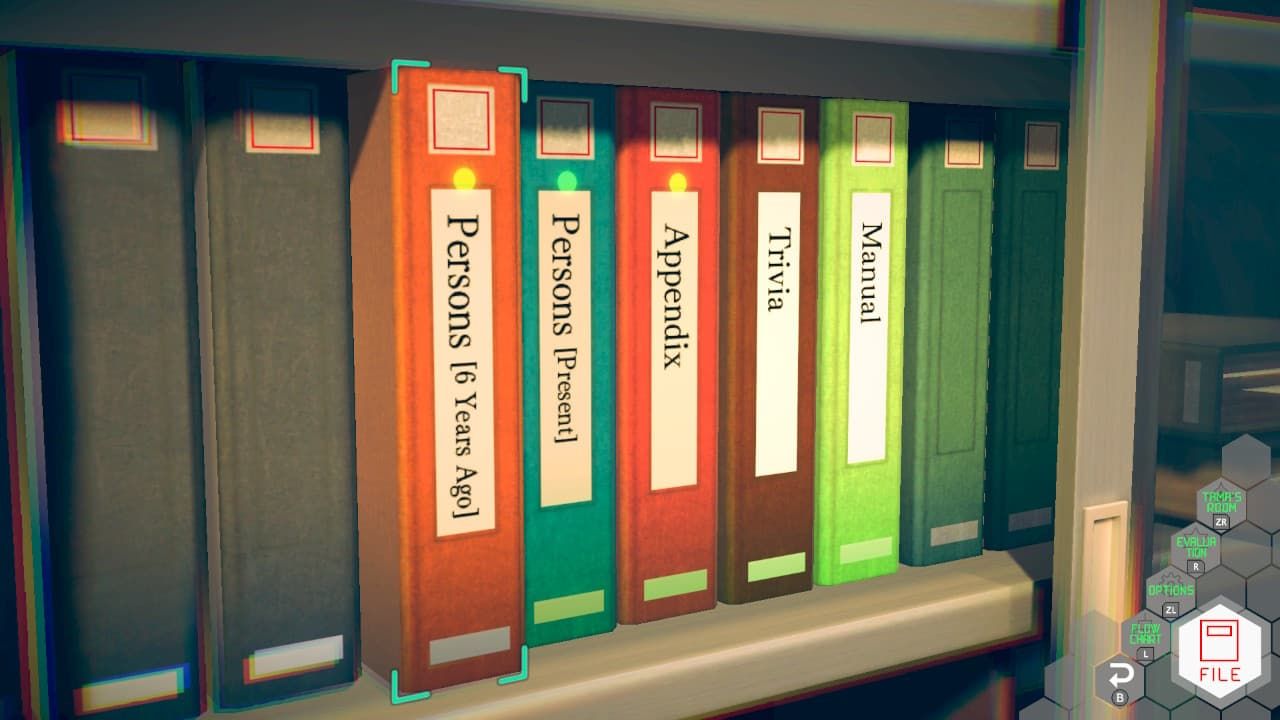 There’s a lot of information to keep track of in Nirvana Initiative. You’ll get new dialogue by examining any object or character in any given location. A large amount of this information is almost entirely useless to the case at hand, but thankfully, the game has a glossary of all the key characters, events, and technobabble terminology that you’ll need to know tucked away in the menus.

This information is organized into Persons, Appendix, and Trivia. However, it’s not the only source of information in the game that you can refer to. If you want to re-read recent dialogue, you can also check the log of dialogue by pressing the L button. In addition, a flowchart that shows all the possible branches in a chapter can also be accessed from the menu. Knowledge is power, and you'll likely find yourself needing to refer to these menus often.

Save Timies For The Right Time 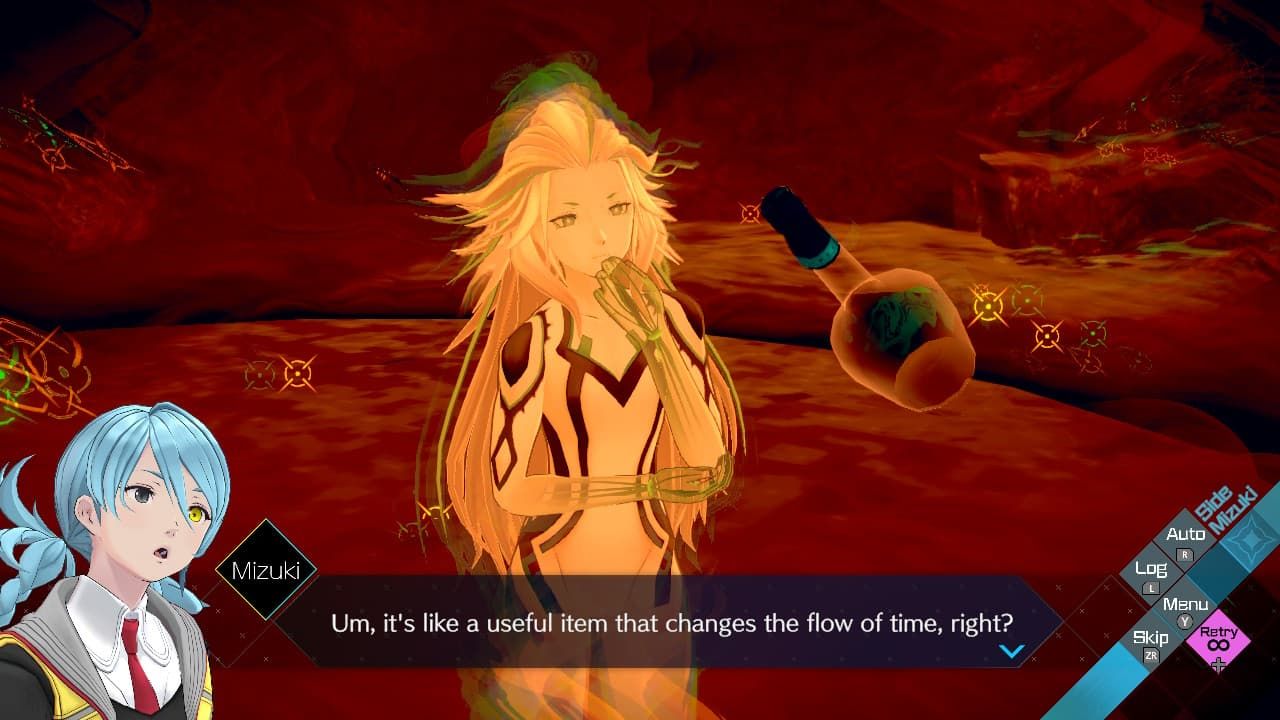 Throughout the game, you’ll need to delve deep into the consciousness of certain characters using the psync technology. Through doing this, you’ll be able to explore the somnium of a character, which are presented in the game as explorable dungeons with a big puzzle you have to solve to clear the somnium.

Solving a somnium is always a timed affair. Although the countdown won’t always be ticking, whenever you’re moving around in somnium or taking an action, your six-minute timer will decrease in increments of seconds.

This is where Timies come in – items that can slow down the time deduction of actions taken in the somnium. For every object or person you interact with in the somnium to progress towards your goal, you’ll have anywhere between three and 30 seconds removed from your countdown timer. If you choose the wrong option enough times, this will result in your countdown timer reaching zero and having to restart the somnium entirely.

You’ll gain access to Timies whilst exploring the somnium, which can be used to reduce the amount of time that you’ll lose from taking a certain action. This is a good option if you’re particularly unsure of an answer in the somnium, but we also recommend saving them for when your timer is running particularly low. Being booted from a somnium can be frustrating if you’re close to solving it, so it’s best to use Timies to avoid this where possible. 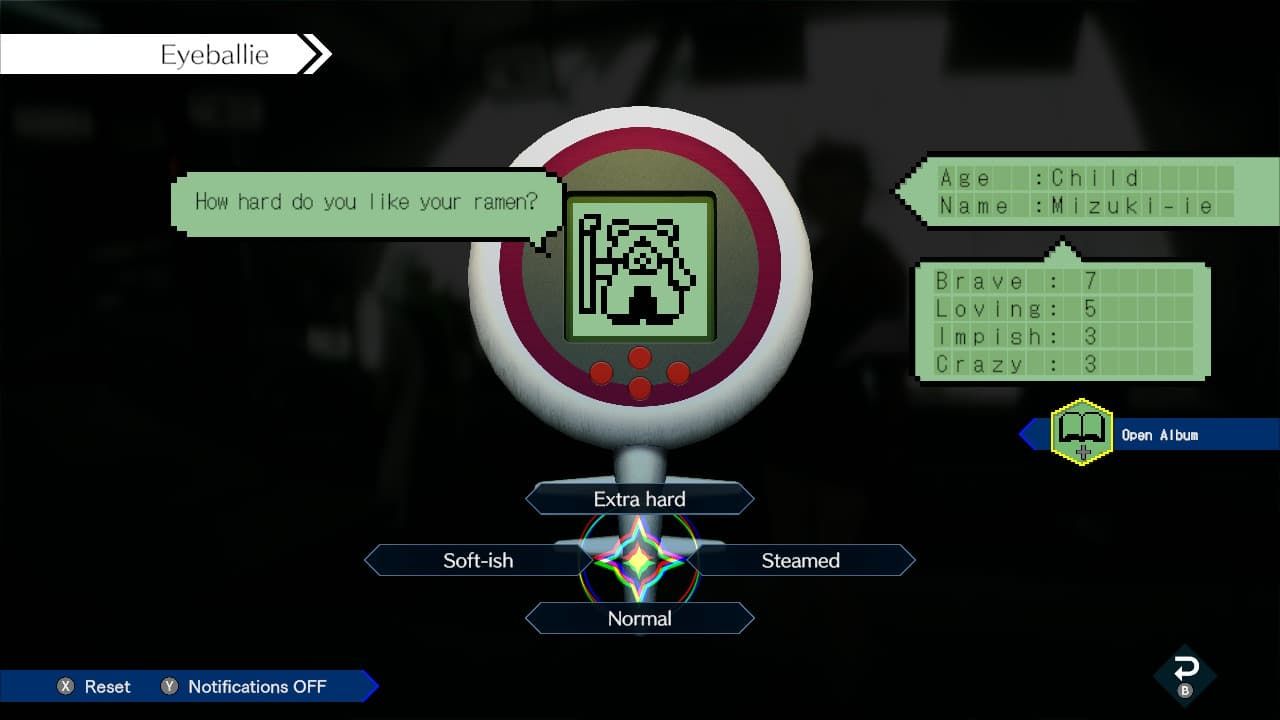 Eyeballs are a kind of collectible currency that can be found in Nirvana Initiative. These can be found lying around in a variety of locations in somnium sections, as well as given to you for performing actions in somnium, but they’re also earnable through a tamagotchi-inspired game that you can play in the menu.

You’ll unlock this Eyeballie minigame almost immediately, and it can be found in the menu, marked by an icon of a small digital device. Simply answer its questions every 20 minutes, and you’ll gradually grow your Eyeballie. You can also activate notifications so you don’t forget to interact with your Eyeballie. Growing your Eyeballie will give you eyeballs as a reward, which can then be spent on a variety of optional extras such as costumes for Aiba or Tama.