You are here:
Home / Activision Blizzard doesn't want to publish a report on discrimination and abuse 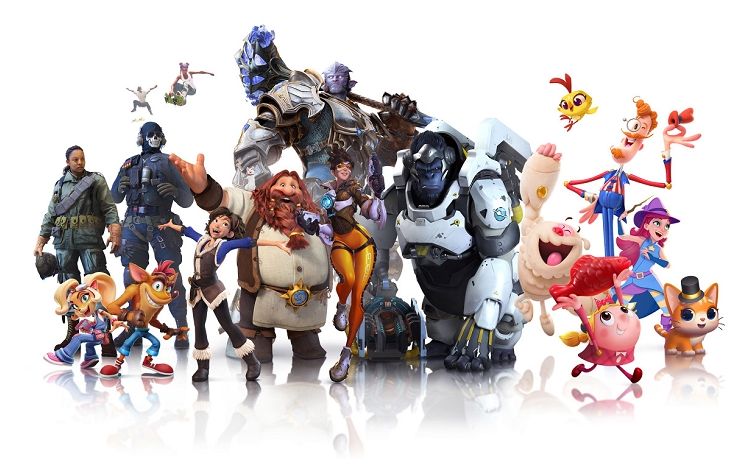 The board of directors at Activision Blizzard have told investors to vote against making a new report on workplace conditions.

While it’s still not entirely clear whether Microsoft’s acquisition of Activision Blizzard will be approved by U.S. lawmakers there remains the very serious problem of the company’s workplace culture, which has been the subject of multiple governmental investigations and lawsuits.

Reports of rampant discrimination and harassment of women and minorities is the whole reason Activision Blizzard’s stock price lowered enough for Microsoft to try and buy them, but while executives have promised change that’s not necessarily backed up by their actions.

The company has advised its shareholders that they should vote against a proposal, from New York State, to create an annual report about harassment and discrimination, and warned that even if it is voted for they probably won’t publish it anyway.

According to the board of directors, any such report would be ‘diverting energy and resources’ and that they should instead ‘continue to directly respond to employee concerns’ – something that is much harder to hold up to public scrutiny.

The report would include information on the number of pending sexual abuse cases and general harassment and discrimination complaints, as well as the number of misconduct claims and the amount of money being spent on settling them.

The implication that Activision Blizzard doesn’t have enough resources to do this and directly deal with individual employees seems farcical, given it’s a company with *checks notes* almost 10,000 employees and a yearly turnover of $8.09 billion.

The most outrageous aspect of the story though is that the company has admitted that even if investors do vote for the report they won’t necessarily listen to them anyway.

‘While our board believes that the views of the company’s shareholders are of the utmost importance and will carefully consider the outcome of the vote expressed by our shareholders when making future disclosure decisions, the vote will not be binding upon them,’ reads Activision Blizzard’s proxy statement ahead of the 2022 annual meeting.

It’s hoped by many that Microsoft buying Activision Blizzard will help to clean up the company’s act, since at the very least it should get rid of Bobby Kotick as SEO.

However, according to Axios, only last year Microsoft also argued against publishing a similar report about its own workplace conditions, although in that case investors ignored the advice and voted for it anyway.