You are here:
Home / Ace Attorney Moments That Would Get Phoenix Wright Disbarred In The Real World

Jam-packed with cases to solve, evidence to find, and aptly named witnesses to interrogate, Capcom had a hit on their hands when they launched Ace Attorney in 2001. In these games, you jump into the shoes of Phoenix Wright, a recently licensed lawyer, as he seeks to establish a career for himself in the justice system.

But should he even be allowed to? Because anyone with the slightest grasp on legal proceedings could tell you that that man should not be practicing law. Fiction is meant to be fun, and we all had a great time scoring convictions on some very colorful criminals, but that doesn’t change the fact that Phoenix obviously doesn’t know what he’s doing – he even tells you so a few times.

According to Cornell Law School in New York, the American Bar Association, when looking at disbarring a lawyer, will consider the following: whether a lawyer has violated their duties, whether their actions were knowing and purposeful, the actual suffering brought on by their misconduct, and the existence of mitigating factors. And when someone’s methods of investigating and going to trial are morally gray at best and outright illegal at worse, allow us to make a case against Phoenix Wright and the validity of his license to practice. There are six games in the series, but we can prove beyond a doubt that Phoenix should never have been allowed to practice past the first.

10 Frowned Upon: Taking Cases For Friends 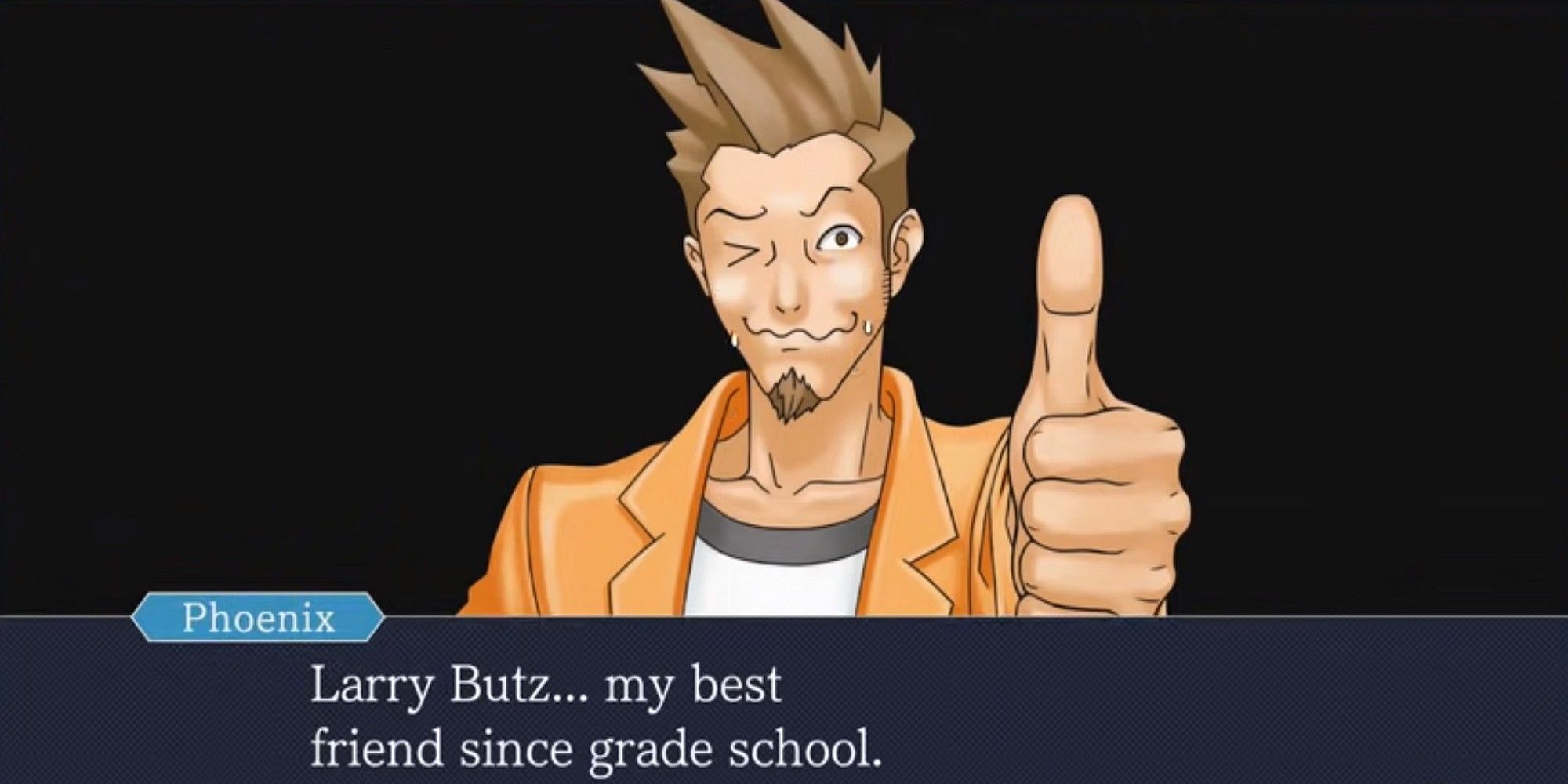 We’ll kick off our list with stuff that, on its own, won’t be the nail in Phoenix’s coffin, but is difficult to overlook when considering everything. The series begins with Phoenix taking his first trial, defending his childhood friend against charges of murder. Is this illegal? No, but any lawyer worth their salt will advise against it, especially in criminal cases.

Here, you'll inevitably be at risk of misconduct. Whether that’s you over-promising results, stretching the truth to absolve this person, or your friend under-preparing because they think you’ve got it in the bag, it’s dicey. We’d suggest Phoenix stick to cases where he’s unbiased.

9 Frowned Upon: Playing Both Defense And Prosecution In Court 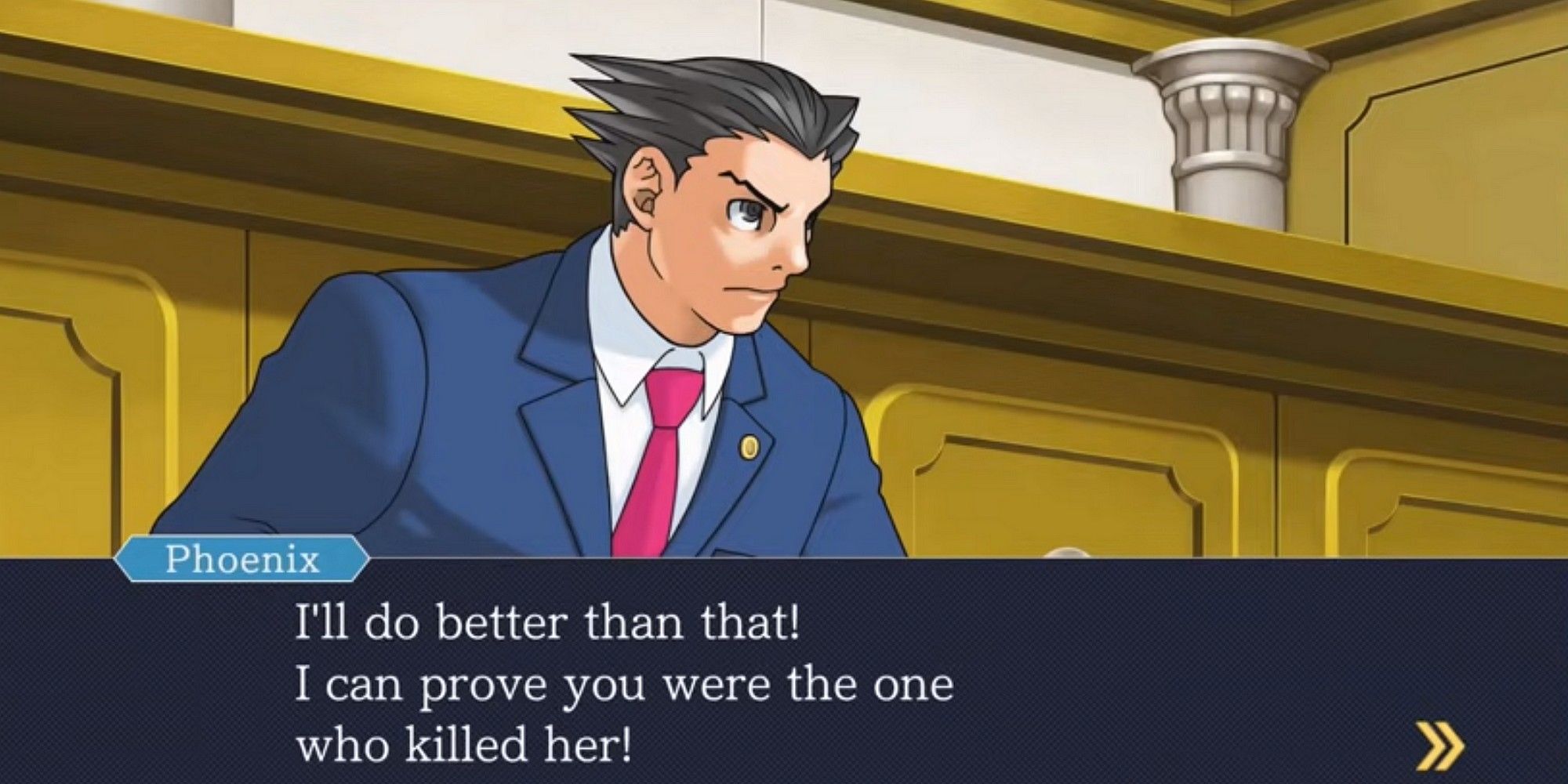 If your only exposure to attorneys is through media, you might believe Phoenix is doing everything right, but in making direct accusations against others, he’s wearing multiple hats in trials. The prosecution is meant to directly implicate people, but Phoenix usually does that for them, too.

At least, that's how it should work.

8 Frowned Upon: Taking A Murder Trial Day One 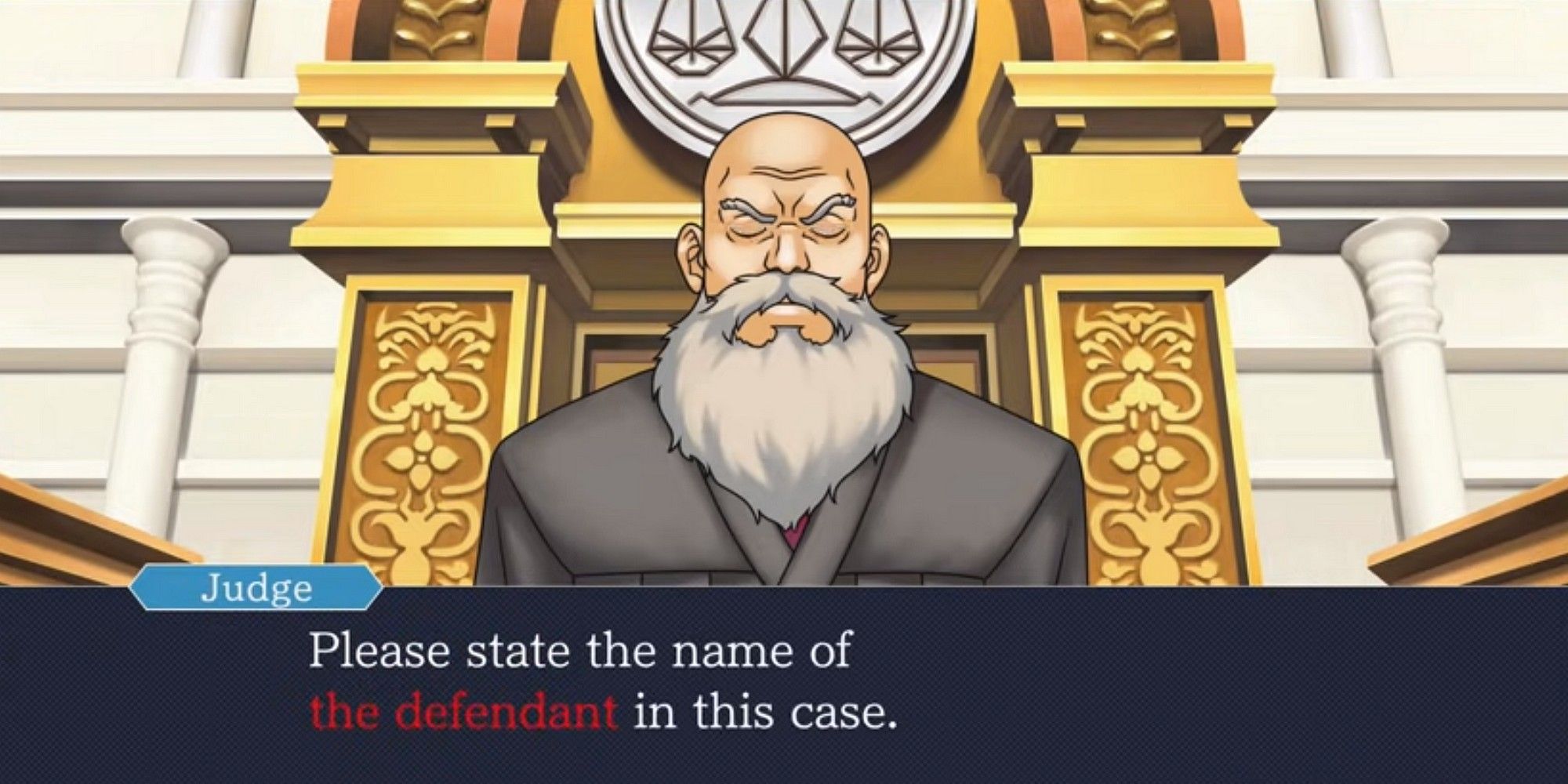 Suffice to say, becoming a trial lawyer is difficult – there’s a reason it takes so much time and education to even be allowed to attempt the Bar. And once you pass, you’ll almost definitively not be walking in on your very first day to take part in an active murder trial.

Phoenix might be able to sit in to see his peers in action, but there’s no way in hell he’d be allowed to take part in the proceedings. The judge quizzes him before the trial gets underway, to prove he’s ready to be there. Personally, I’d be getting ready for prison if my defense lawyer had to contemplate what a defendant is.

7 Looks Bad: Not Talking To Anyone Before Trial 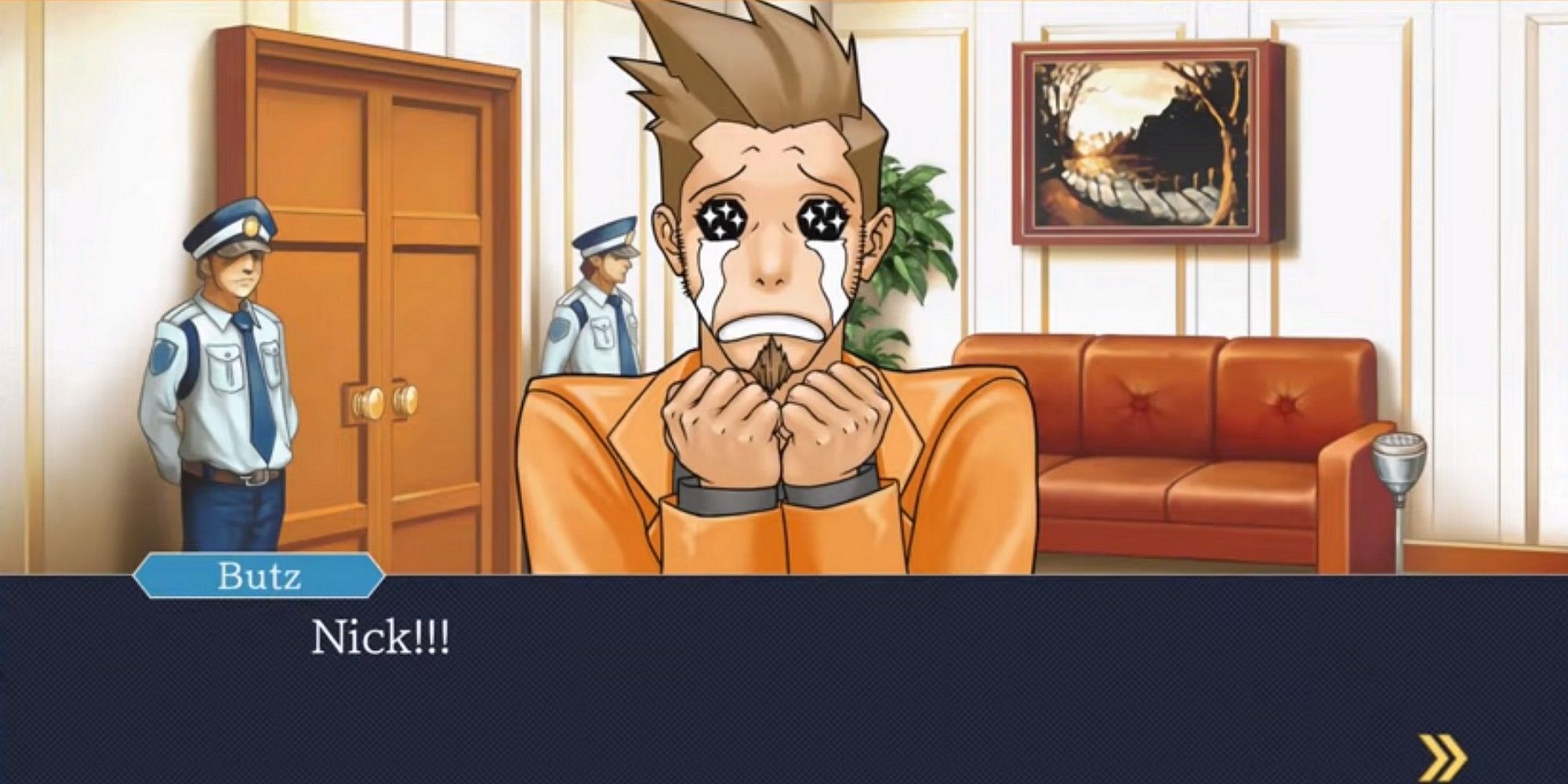 The operative part of representing someone in a criminal trial is communication. To Phoenix, this is another day on the job, but for his defendants, their trial is the difference between absolution and prison time. I’ve never been on trial before, but I would definitely hope my lawyer says more than just hello before we go in.

In the first trial, Phoenix shows up to court and almost immediately goes inside. When did he talk to Larry to get his side of things? When did he go over the case he’s trying to make with Mia? Phoenix rides his bike to court and jumps right into things, but there would need to be more planning.

6 Looks Bad: Not Objecting When He Ought To Be 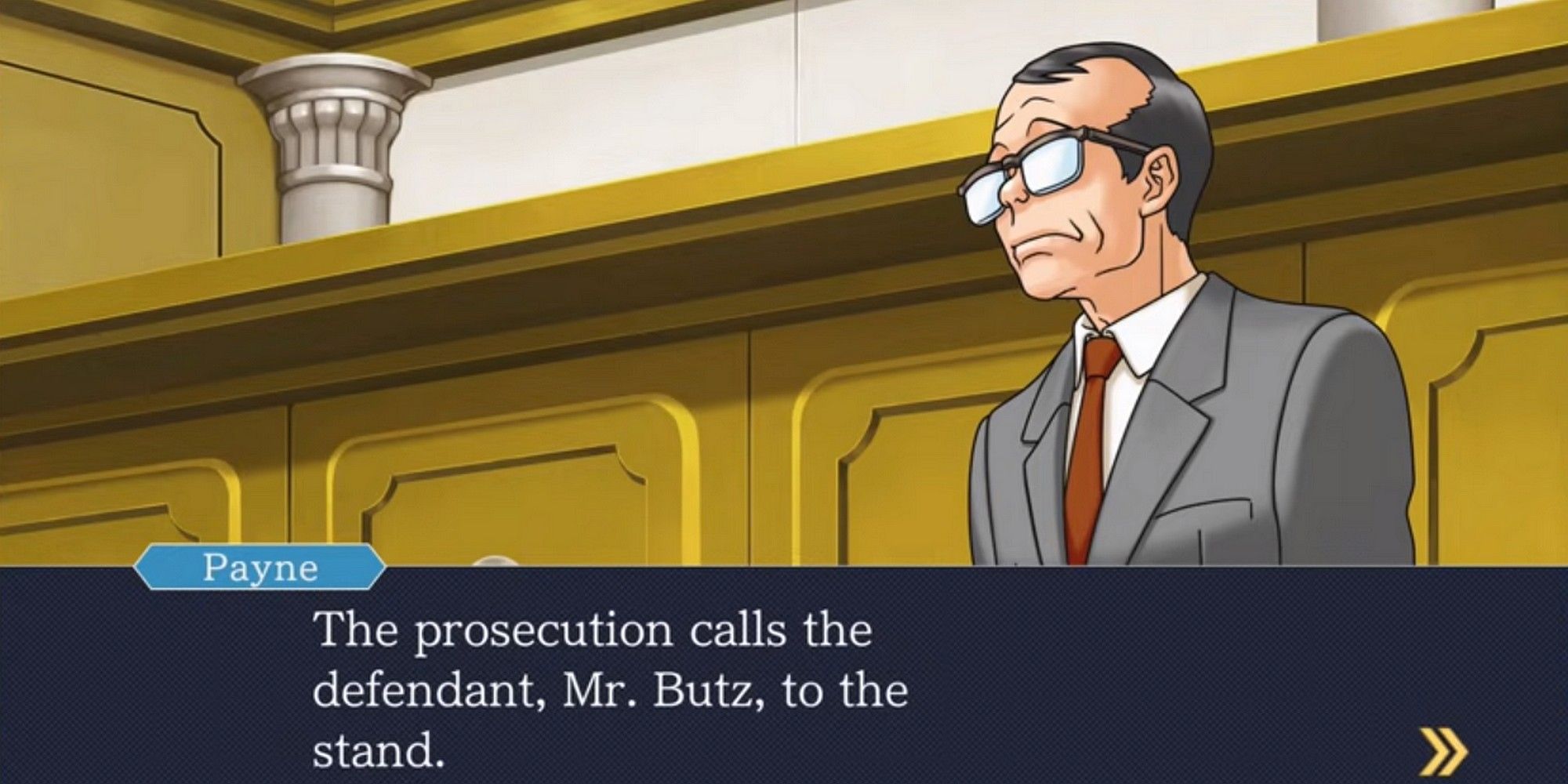 Phoenix’s role as defense attorney is to protect his clients, and that includes his obligation to stand up for them against prosecutors who are too much pressure. There are a number of times in each case where Phoenix SHOULD have shouted his signature, “Objection!” but didn't.

Defendants aren’t obligated to take the stand in their own case, so Phoenix should be objecting to prosecutors demanding to put his clients up for examination. If a lawyer thinks their defendant won’t present well, they keep them from talking. But even if he does allow them up there, he should be objecting to things like leading questions, which Ace Attorney prosecutors LOVE asking. 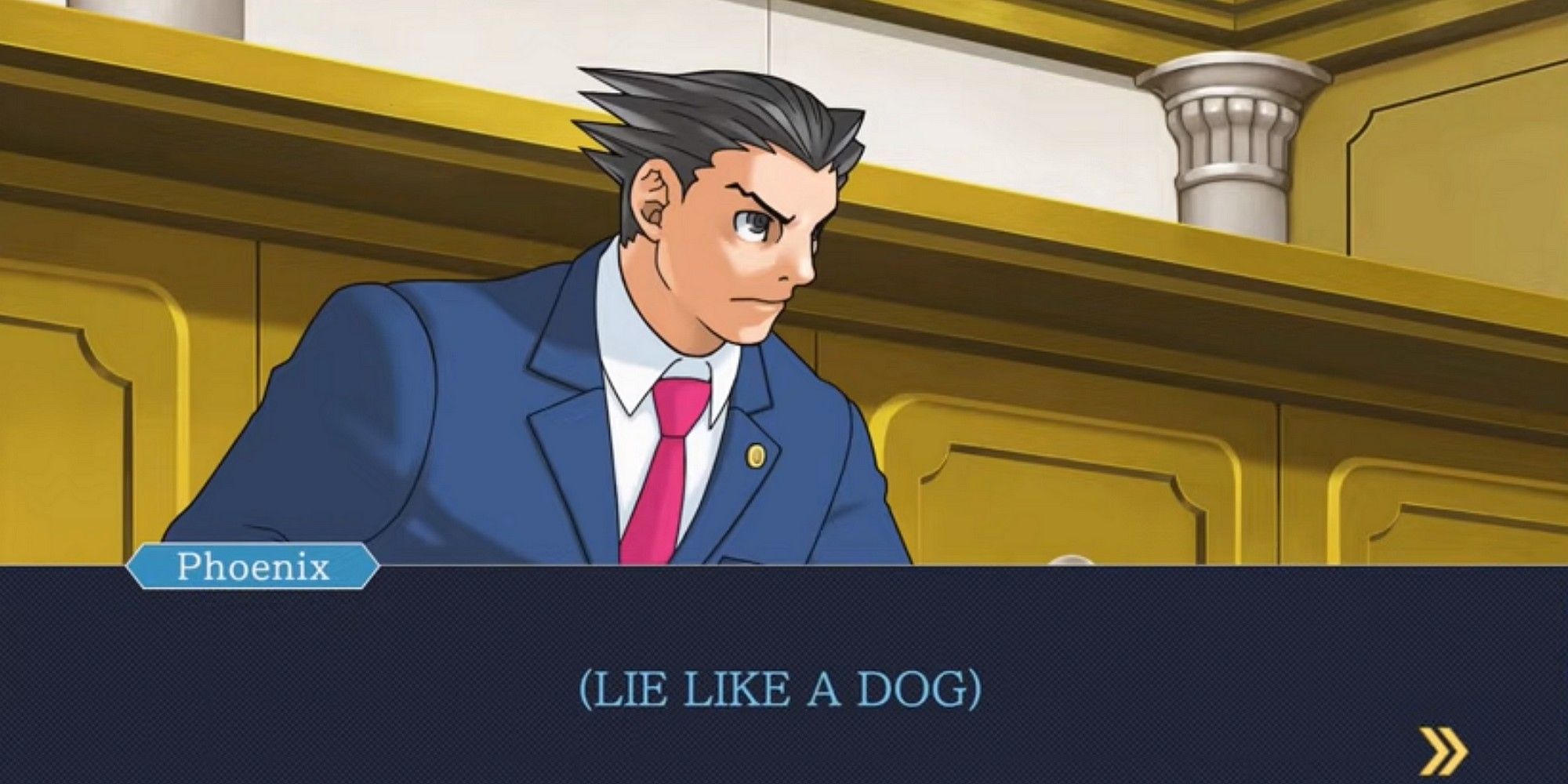 Half-truths and outright lies are two of the biggest enemies of justice. Accordingly, it'd make Phoenix look awful if anyone but us noticed him encouraging his defendants to lie under oath.

In the first trial, when Larry is scrambling on the stand (another reason his defense attorney should have objected to him taking it), Phoenix wants him to “lie like a dog.” Of course, this is just in his head, but it’s absolutely not okay to suggest your clients lie. Lying on the stand is known as perjury, and can carry consequences all the way up to the witness facing their own criminal charges. 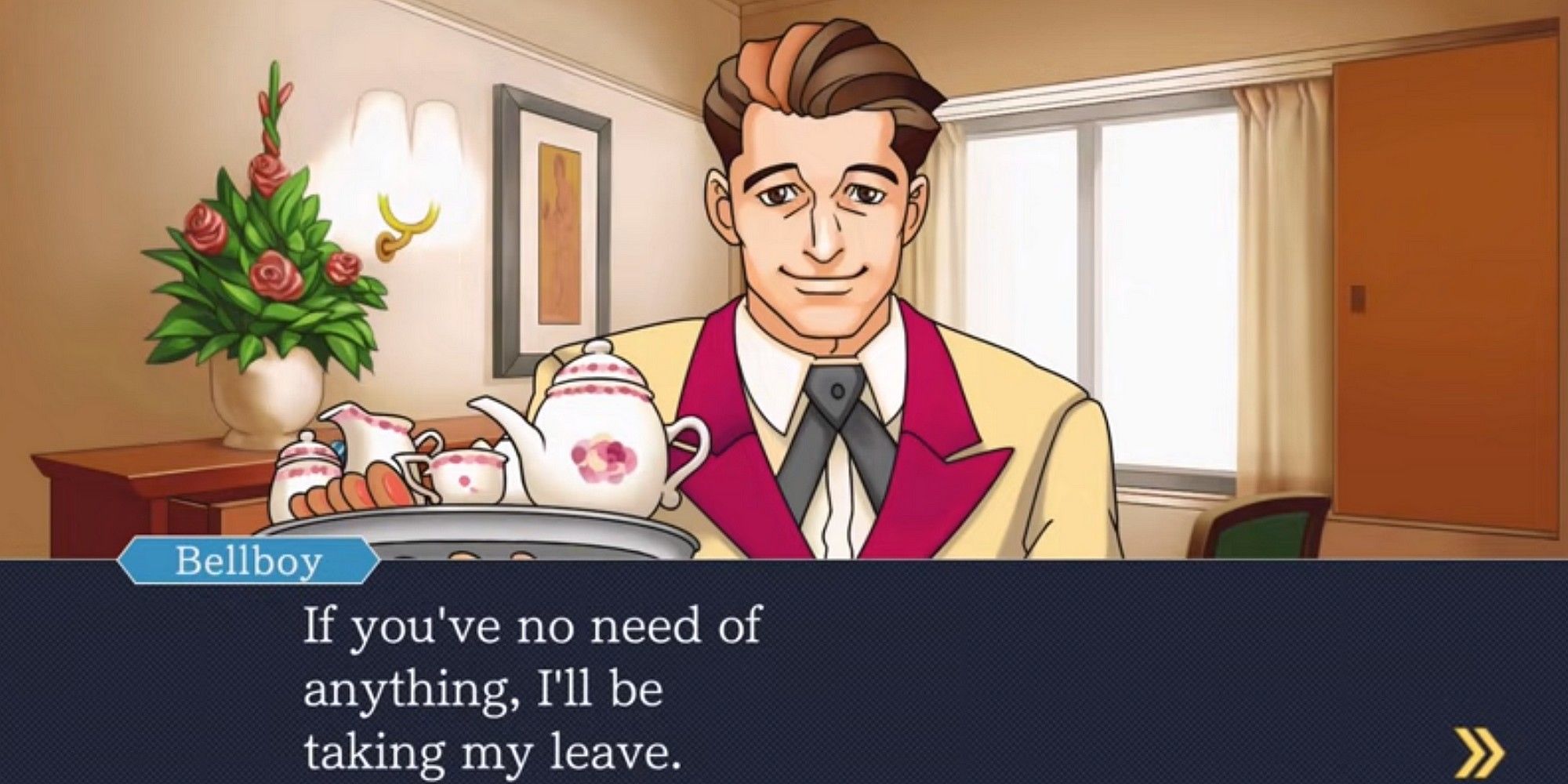 It's worth noting as we move into the outright unlawful that any felony conviction will get a lawyer disbarred. But my god does Phoenix love to tempt fate, like in the second trial when he got the bellboy to let him into April May’s room at the Gatewater Hotel to look around while she wasn’t present.

The Fourth Amendment of the US Constitution protects citizens “against unreasonable search and seizure,” and hotel rooms count as private residence. The bellboy legally couldn't have opened the door without relative certainty that a crime was actively being committed inside at the moment of entry. Otherwise, Phoenix wouldn’t be allowed in without a warrant. 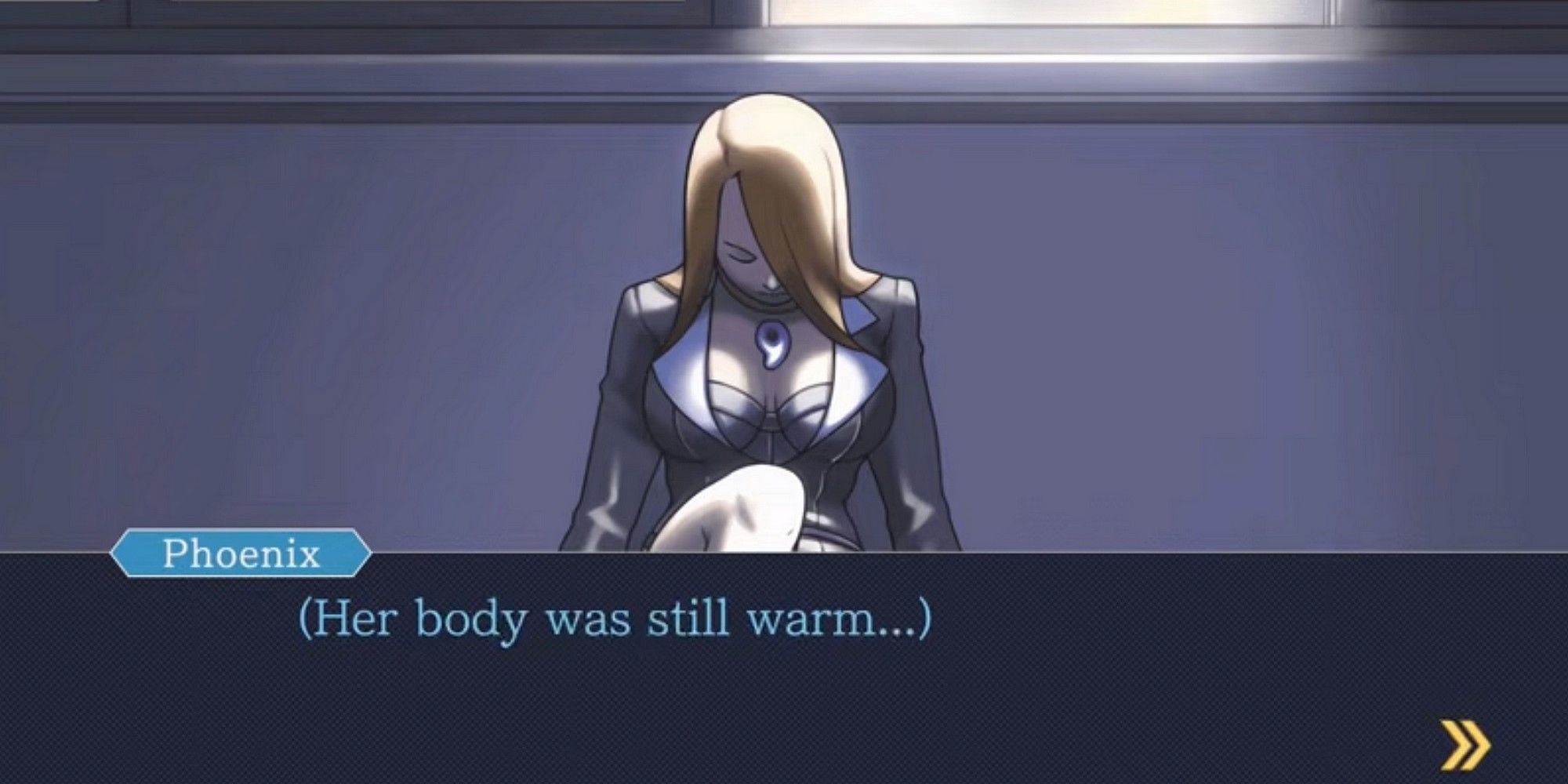 Anything anyone does to mess with a scene of a crime usually falls under evidence tampering. Before Phoenix calls for help in the second case, he pokes around Mia’s office, stealing evidence from the scene and touching her corpse.

Absolutely none of this should happen before the crime is reported and authorities have arrived on-scene, and as a lawyer, Phoenix should definitely know this. A crime scene should be as undisturbed as possible to provide an opportunity for evidence collection, but Phoenix launched the idea of that happening in this case right out the window. 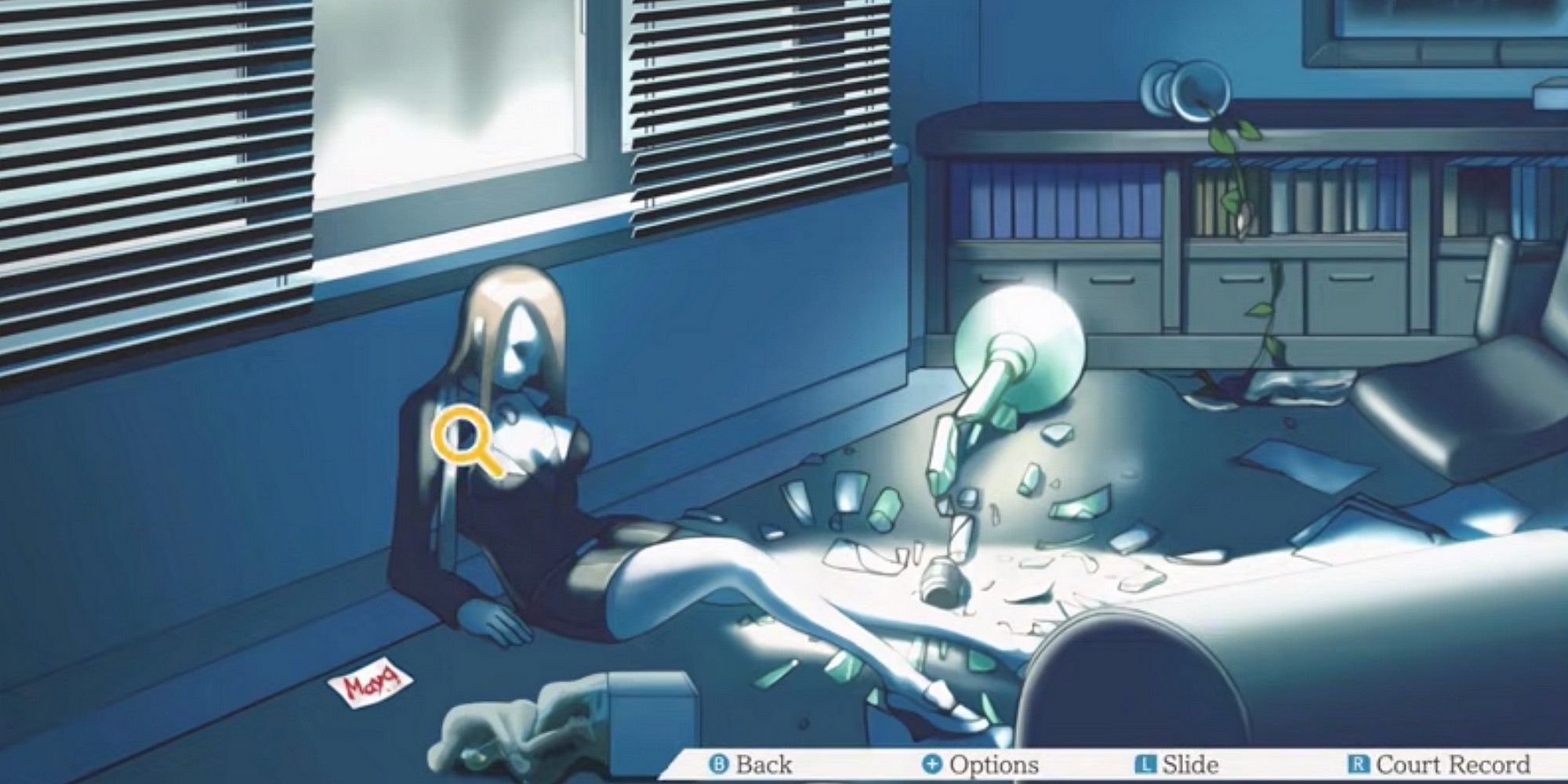 Besides, Phoenix makes it literally moments into the second trial before breaking the law. He arrives at his office to find his mentor dead, and gets right to making sure the trial cannot proceed fairly. Beside Mia’s body, he finds a receipt with the decedent’s sister’s name written in blood, presumably done by her seconds before her death. And then, Phoenix takes the paper.

He doesn’t just tamper with it this time – he outright takes it, along with the pieces of broken glass from a lamp. This is especially problematic as the paper is evidence that directly implicates Maya in a crime. Police can't perform a full investigation with missing pieces.

1 SUPERBLY Illegal: Presenting Illegal Evidence He Obtained Illegally To The Court Out Of The Blue 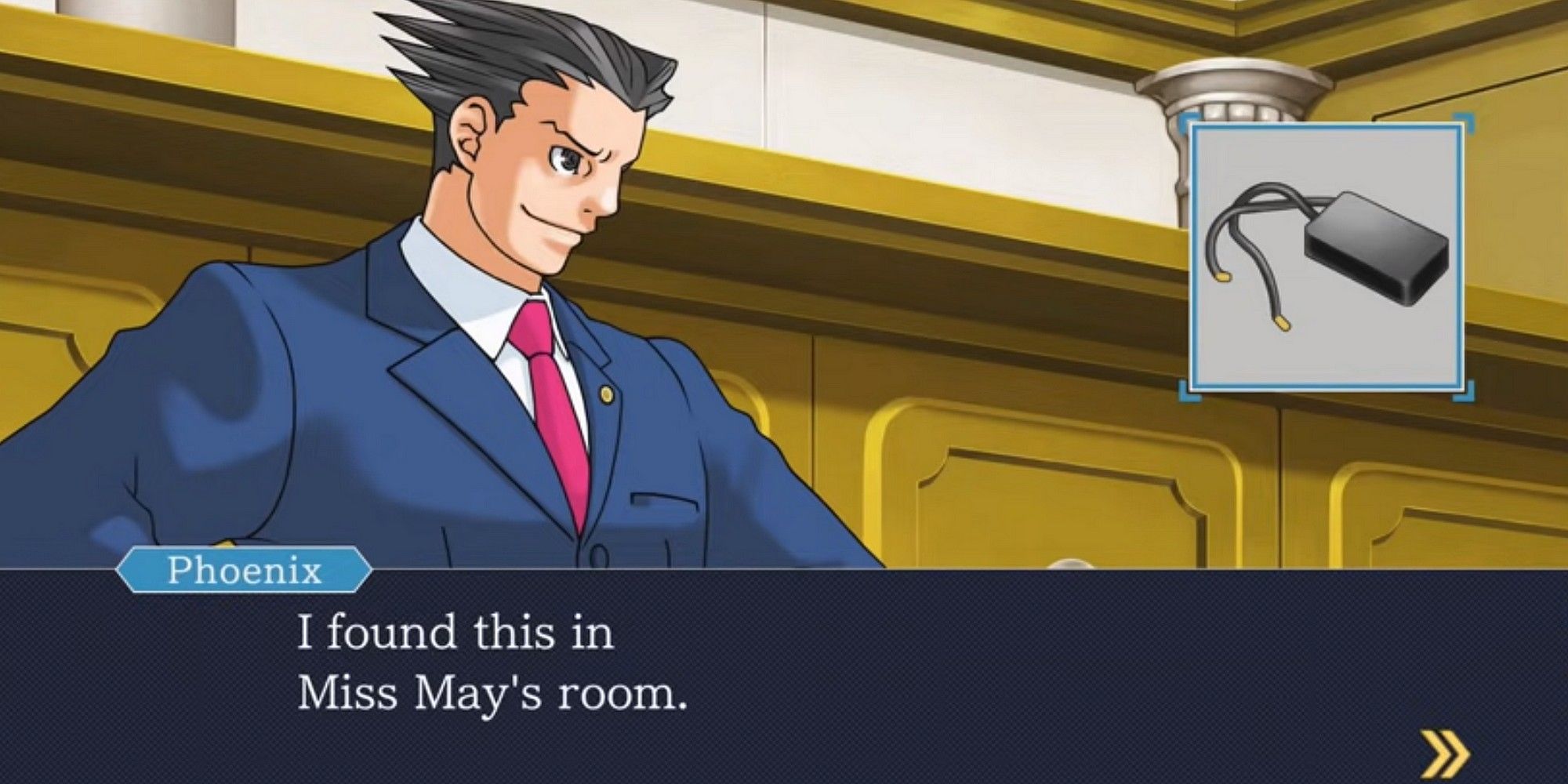 Don’t get us wrong – every piece of evidence we've found is enough to draw Phoenix’s credentials into question – but he dug his own grave. Everything about how he handles the wiretap from April May’s room is illegal, from how he obtained it all the way to him keeping it to himself until he could drop the bombshell during trial.

Surprise evidence isn’t permitted in court because the US has a process called discovery, allowing both prosecution and defense to examine a piece of evidence and determine how it fits into their case. Eleventh-hour additions would be thrown out regardless, but Phoenix would be telling on himself to even present it – showing this wiretap and explaining how he obtained it is a direct confession to violating April May’s Constitutional rights. At best, the evidence would be thrown out, and at worst, a mistrial would be declared and Phoenix would be hauled off to jail to face his own criminal charges ahead of disbarment.