You are here:
Home / A Complete Guide To The Coliseum In Final Fantasy 6 Pixel Remaster

Final Fantasy 6: Pixel Remaster is packed with content. While the lack of an encore appearance from the Game Boy Advance version's bonus fare is a sore spot for some fans, there are still plenty of things to do, plenty of people to meet, and plenty of places to see. One such place, with battles galore and treasures in equal measure, is the Coliseum.

Our guide will cover the basic mechanics, then take you through the most important fights and how to ensure you pull through with the biggest payouts. We'll take care not to include reference to any bouts that aren't in this version of the game, too, so that you don't go looking for Gilgamesh in all the wrong places. 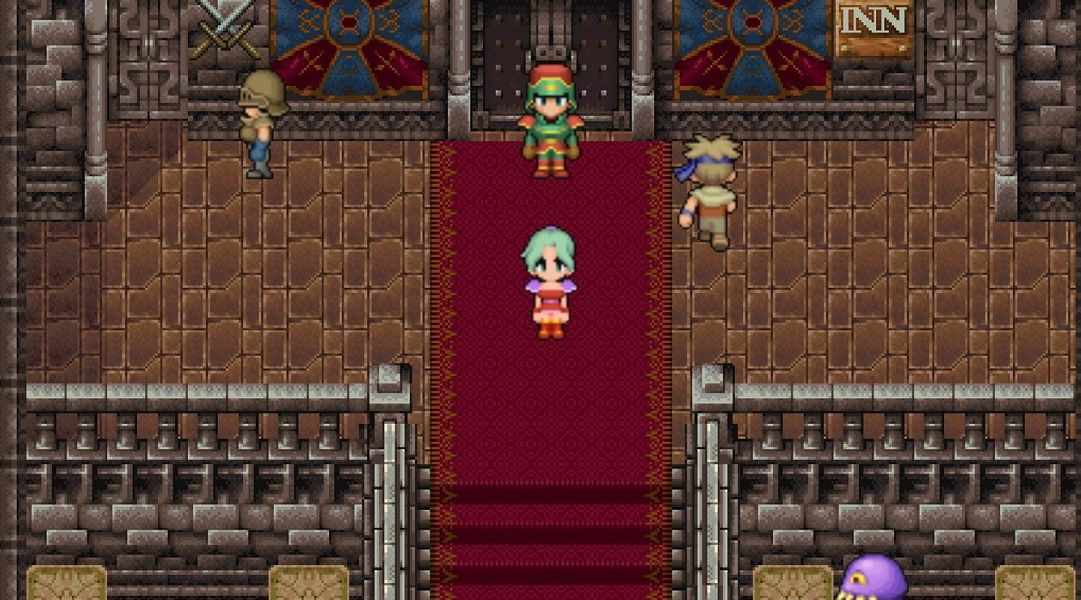 You'll find the Coliseum to Kohlingen's north. During the World of Balance, it's just a simple little residential dwelling with an old dude who's absolutely convinced he's going to see his dream of a fighting arena to completion. It's much later on, in the World of Ruin, when things get interesting. Naturally, the fellow's dream has come true, and that single house has been replaced with an impressive stadium.

So, here's the gist. When you enter a match, you're betting an item. If you lose, that item is gone forever. (Alternatively, you save before the fight. Unless you're a serious stickler for consequences, we uh, strongly advise this route.) There's a twist, however, and it's a big one. Although you have the choice of which character to send into fights, as well as their equipment, all bouts are automated. You won't have direct control over your chosen competitor.

Unfortunately, your character will select each action at random. You might have things set up flawlessly for one style of attack only for them to go and do something else altogether. While that can be frustrating, it's still best to give them the option to do something spectacular. Besides, Final Fantasy 6 isn't exactly the toughest game on the block; this ensures there's a real degree of challenge in the proceedings.

Also of note is that you'll lose the item that you bet even if you win. On paper, that's a raw deal. We'd go as far as to say it's a raw deal off paper, too, but it's mitigated by the fact that you're usually pawning something off in favor of something better. Many of these instances chain, meaning one leads to the next and then the next, and so on, so forth.

The Best Characters for the Coliseum 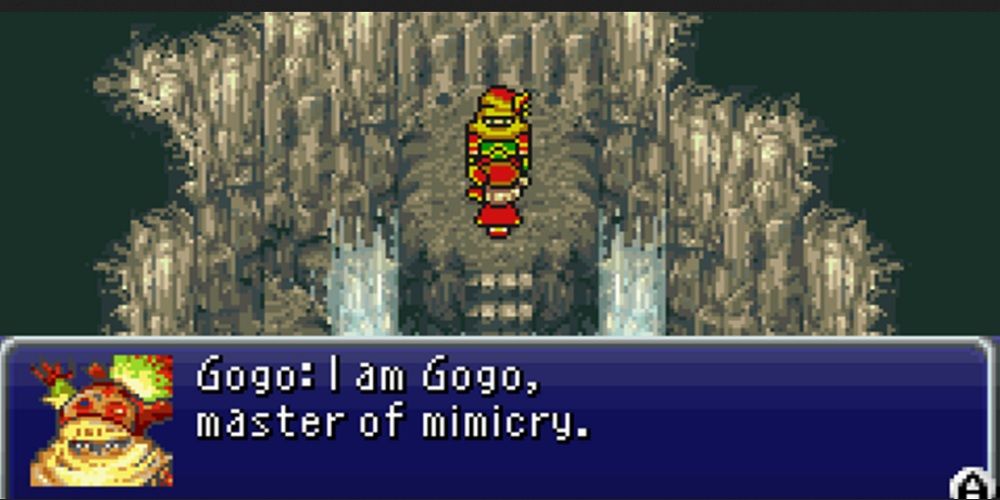 This is actually pretty important. Certain characters are inherently going to be better at this than others, and a couple of them you'll really want to avoid using at all costs.

We'll knock that bit out right away. Don't use Sabin. His Soul Spiral technique knocks him right out of the battle, and due to Coliseum matches' automated nature, he lacks the good sense not to include it in his list of possible actions. Furthermore, don't use Strago if he's learned loads of Lore, especially Self-Destruct. Lastly, and along similar lines, Gau is off the table if he has learned the ability of the same name, and probably not a strong choice if he has lots of Rages, anyway. Too much of a gamble.

That leaves plenty of options, but some are superior to others. Celes and Relm are not recommended, as both their special abilites are pretty much worthless here and their probable access to a wide range of spells might tempt them to use something entirely too weak on a routine basis if the RNG is especially unkind. For that reason, Terra is a rough pick as well, even though her Trance ability is actually quite good. By proxy, any character who has learned a ton of spells is ill-advised. If you're someone who is dedicated to the notion of having every character learn every spell (a wild endeavor to be sure), try to hold off on that until after you've completed the Coliseum.

Who's left? Locke, Edgar, Mog, Setzer, Shadow, Gogo, and Umaro. Umaro just isn't going to cut it here regardless. Locke, Edgar, and Mog are all fine fare. But the best of the bunch? Setzer, Shadow, and Gogo. By far, in fact. Setzer and Shadow won't tap into their character-specific abilities, so outfitting them with high-attack physicals means they'll almost always hit hard and take no prisoners. Gogo is possibly the best of the best. He'll never do anything you don't want him to, since you must personally assign his abilities in full.

The Most Important Coliseum Rewards 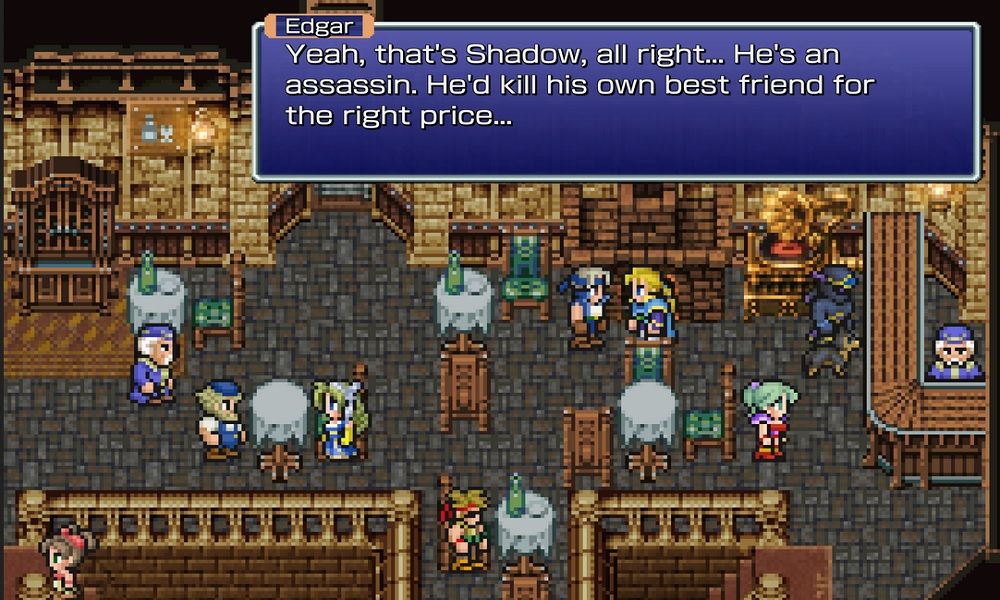 Now that you know who to use (or at least, who you should definitely not use), it's time to cover the real meat of the guide: the best items to win at the Coliseum.

For starters, the Coliseum is actually how you'll get Shadow back in the World of Ruin, provided of course that he didn't kick the bucket on the Floating Continent. While Shadow would understandably prefer not to be referred to as an item, we figured we'd mention this just in case you weren't yet certain where to find the guy.

If you've acquired the Ragnarok and kept it as a blade, which we recommend doing (and you can find out more right here), you'll want to bet it for the Lightbringer. This is the only way to get the game's most powerful weapon, which is kind of a big deal. Several items will net you the Dragon Horn, which causes the Jump command to strike foes between two to four times. In particular, this can turn Edgar and especially Mog into a force to be reckoned with.

Genji equipment is a must-grab. Whenever you see an opportunity for one of these gems, make sure to act on it. The same applies to Red gear. Both sets contain pieces that are practically unrivaled throughout the rest of Final Fantasy 6. And if you're wanting to suit up with that stuff to power-level your party into the upper stratosphere of their potential, you'll be rather thankful indeed for Growth Eggs, which increase the amount of experience points earned per fight.

The Merit Award, which is equippable by everyone sans Gau, Gogo, and Umaro, permits the wearer access to a far greater number of weapons and armor, effectively letting you transform characters into almost exactly what you'd like them to be. And if you're sad that those three aren't allowed to join in the fun, know this: they're the only three party members who can equip the sky-high defensive Snow Scarf.

Lastly, Sabin can obtain his ultimate weapon, Final Trump, exclusively through the Coliseum. All told, there's a lot to look for, and it's nice that there are multiple avenues of acquisition for most of these. (Again, the Lightbringer's a pretty big exception.) Keep at it, save between bouts so that you don't lose your hard-earned prizes, and you'll exhaust that old Coliseum-dreaming fellow of his finest treasures in no time.