You are here:
Home / A Brief History Of Eating Pokemon

A Brief History Of Eating Pokemon

The relationship between Pokemon and food is a complicated one. When you first read this headline, I bet your first thought was Brock mislabelling onigiri as doughnuts in the English dub of the anime. No? Educate yourself. Then come back and read about Pokemon and food. Hello again. Let’s eat.

First of all, I need to explain what I mean by Pokemon food. I’m not going to discuss foods that you feed to Pokemon, like Poffins or PokeBlocks, and I’m not going to cover Pokemon that look like food, like Alcremie or Vanilluxe, unless it is insinuated that trainers have eaten said Pokemon. I will, however, be discussing whether Magikarp sushi would taste good, why trainers eat Farfetch’d but not Pidgey, before moving onto the most important PokeFood of all: curry.

Nearly every PokeDex entry for Chansey references eating its eggs, which it lays daily, as they are nutritious and delicious. But we don’t eat other Pokemon eggs. And what if we accidentally ate one of the other kind of Chansey eggs? You know, with a little Happiny growing inside? Well, eating Pokemon isn’t against the rules of this weird world. 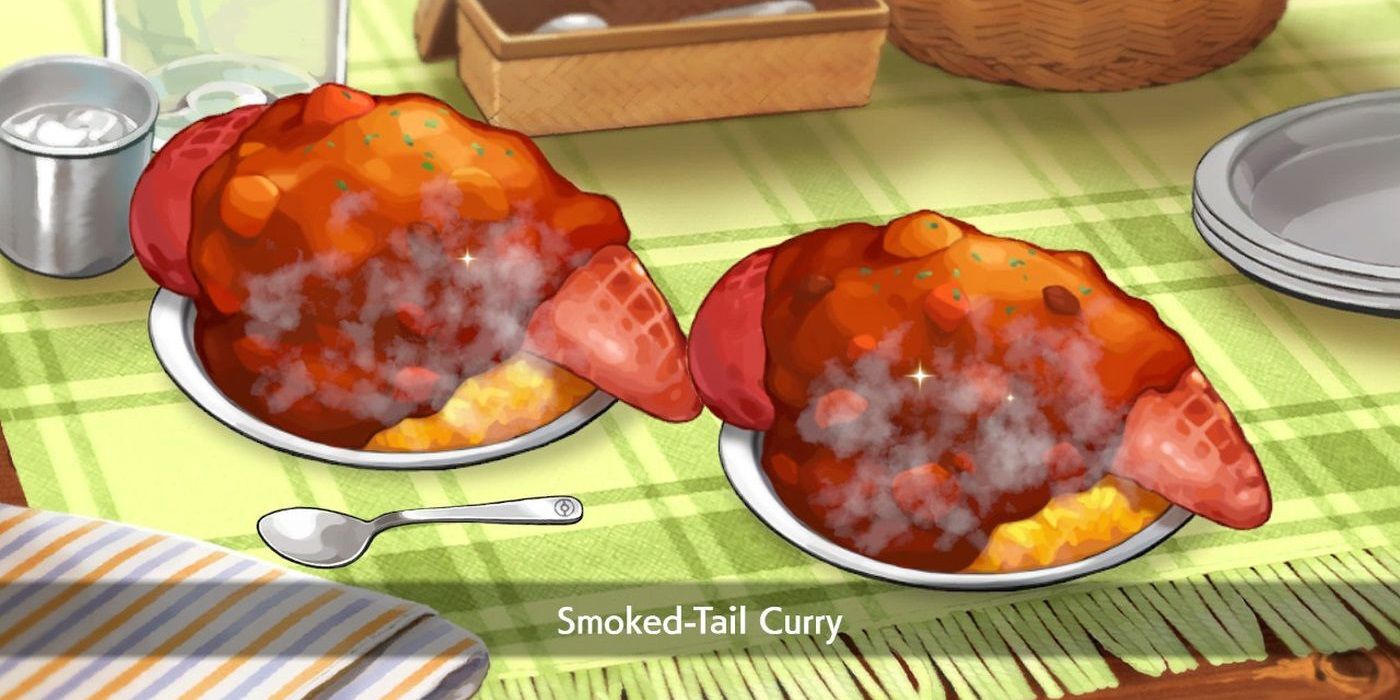 It continues, as all the best things do, in Johto. Team Rocket has returned! And this time, they’re selling Slowpoke Tails, which are described simply as, “Very tasty. Sell high.” The only thing you can do with them is sell them, but it’s made clear throughout the game that they’re incredibly tasty. The same game also has Moomoo Milk, which admittedly Pokemon drink and not trainers, but it still goes to show that Pokemon themselves – and their produce – is used as sustenance as well as for sending into battle and helping you to become the very best like no one ever was.

When it comes to the anime, however, things get even weirder. “Farfetch'd makes a delicious meal, especially when cooked with leek,” it is said in episode 49. “Because of this, Farfetch'd is nearly extinct.” That last line is devastating. Pokemon has been making comments on subjects like global warming for years, but Farfetch’d being hunted to extinction because it’s too tasty? The poor thing. I’d love to know what makes Farfetch’d so tasty and, say, Pidgey not, but duck is a much more common meal than pigeon (or squab) in the real world, so maybe it just doesn’t taste as good, or it’s more expensive? Maybe Michelin-starred PokeChefs are rustling up roast Pidgey breast, confit leg of Spearow, and an Aguav Berry jus for the wealthy elite, it’s just not on the kid’s menu?

Sticking with the anime, Ash and Brock dream of eating Magikarp in one episode, and it appears in a little thought bubble above their heads (we assume they have a shared consciousness or something) carefully cut up like sashimi. However this idea is dismissed by Misty in a later episode. In Pokemon Shipwreck, she explains that Magikarp is basically inedible, and nothing more than scale and bone. Gross. But why do these characters, who live in this world, not know what species are edible? I know that I’m not going to eat a toad IRL, but why doesn’t Ash know that Magikarp will be disgusting? 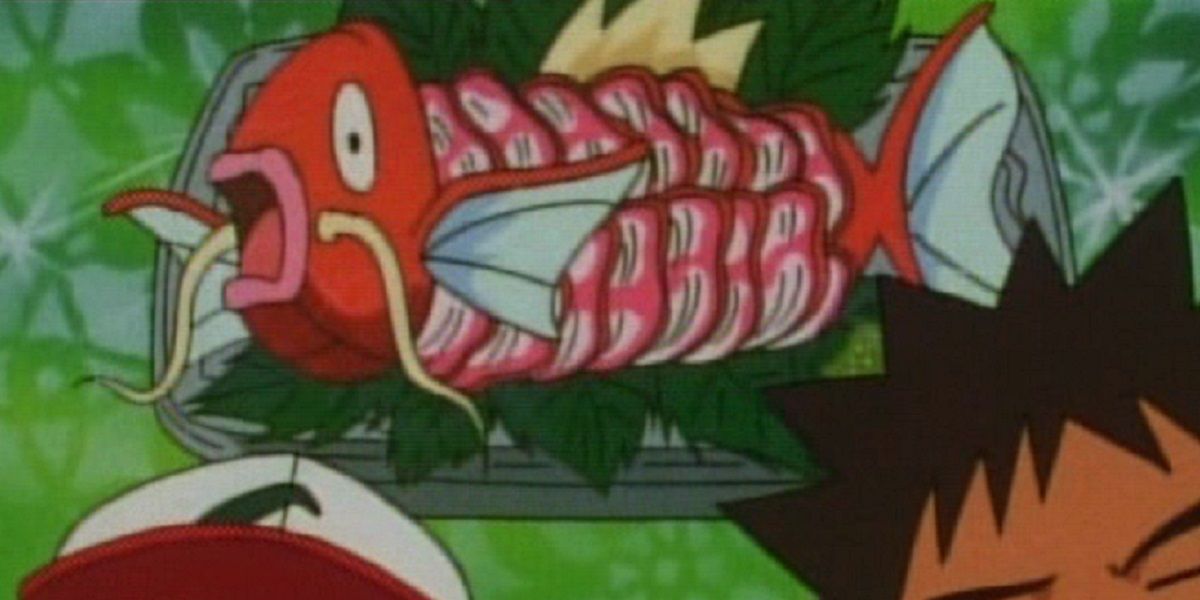 The series’ hypocrisy when it comes to edible Pokemon doesn’t end there. Why is Moomoo Milk sold and not Miltank steak? This goes a step further in Pokemon Sword & Shield’s Currydex, where you and your Pokemon help make a host of curries, and then eat them together. As well as sausages (meat source unknown), baked beans (a British staple), and bones (what?), you can use Smoke-Poke Tails as an ingredient, which are canonically smoked Slowpoke Tails. This is a lovely nod to Gen 2, but when you think about the black market Team Rocket was trying to set up to sell these back in Johto, something smells fishy – and it’s not the Magikarp.

There’s one potential explanation: in the description of Smoke-Poke Tails, it says that “When a Slowpoke's tail falls off, it grows back quickly,” retconning the abuse that Team Rocket was laying on innocent Slowpoke back in Azalea Town. The answer to this might be that this trait is unique to Galarian Slowpoke, but that’s never confirmed. Are we the baddies? Maybe. I’m a vegetarian and I cooked with Smoke-Poke Tails to complete my CurryDex, so I’m definitely a baddie. You? The jury’s still out.

What conclusions can we draw from this, though? Some Pokemon are edible and others aren’t. Much like IRL animals really. Is there a way of telling which Pokemon are edible? No. Are the ones that look like foods edible at least? Also no. All we know is that whenever people eat Pokemon, bad things happen. Slowpoke suffer. Farfetch’d get hunted to extinction. Magikarp just tastes plain bad. You want a proper conclusion? Go vegetarian. Eat Farfetch’d’s leeks by all means, and chow down on boiled eggs to your heart’s content; just make sure nothing’s going to hatch from it first.