You are here:
Home / 9 Digivolutions That Make No Sense

9 Digivolutions That Make No Sense

Digimon has always had a reputation for its elaborate and sometimes nonsensical Digivolutions. In stark contrast to Pokemon, which has always had evolutions that show gradual change, many Digimon can change from one thing into something drastically different on a dime. This can be a cool thing, as certain less-interesting-looking Digimon can take dramatic turns into something much more visually appealing.

This list could fill a small novel if we wanted to cover every instance of a strange or non-sequitur Digivolution. But there are several that sit atop the odd pyramid as the weirdest of weird. Some Digivolutions simply make no sense whatsoever, no matter how you look at them. 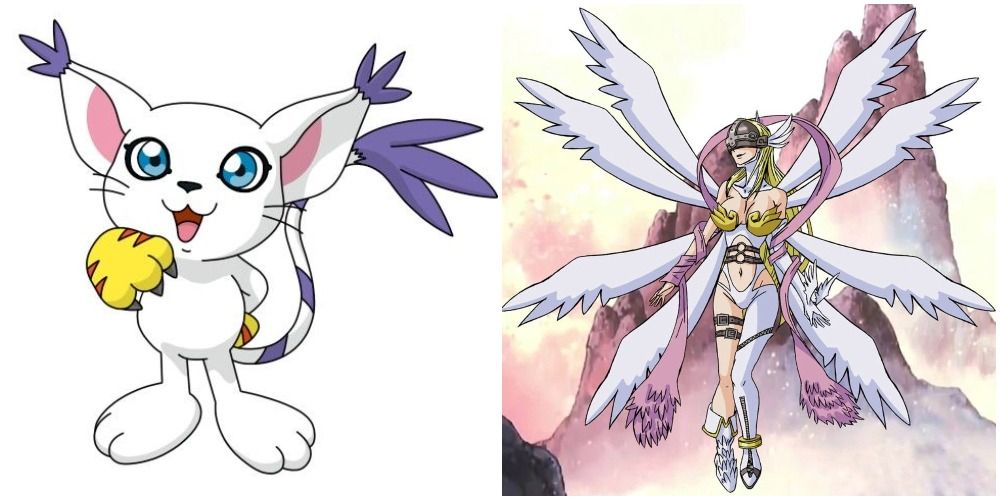 As children watching the original Digimon Adventure series, no one was truly prepared for what Kari's cute little cat Digimon would become. Gatomon's Digivolution into Angewomon is jarring for a number of reasons.

Mainly, it's because Angewomon is undoubtedly one of the most humanoid Digimon in the series. She's essentially just a model with a mask and wings. Her counterpart, Patamon's Digivolution into Angemon, can be thrown in here, too, since it's equally as jarring for essentially the same reasons. 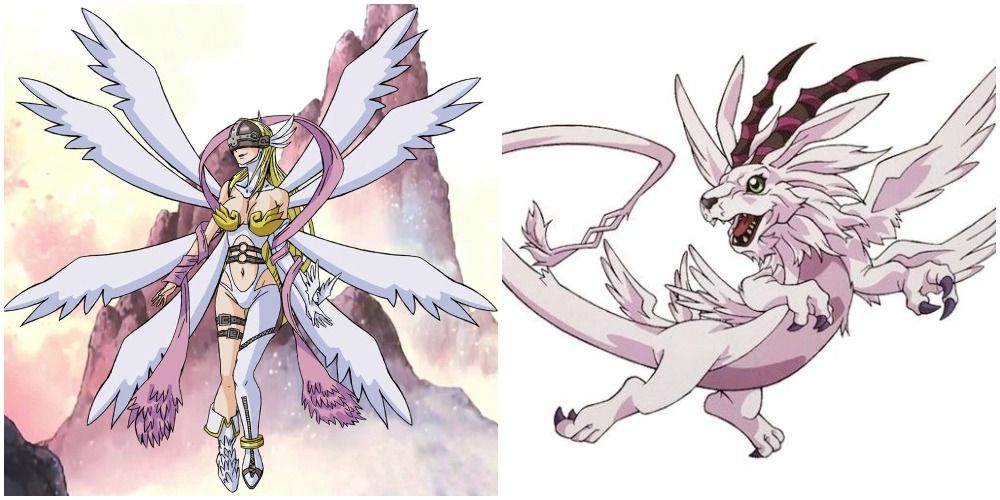 Continuing to move up through Gatomon's Digivolutions, Angewomon's Mega Digivolution doesn't begin to make much more sense. It feels a little like they tried to combine Gatomon's feline design with Angewomon's celestial design into something that somehow encapsulates both.

But when the end result is that a human transforms into a furry pink dragon, it's not much less jarring than the cat turning into a human. 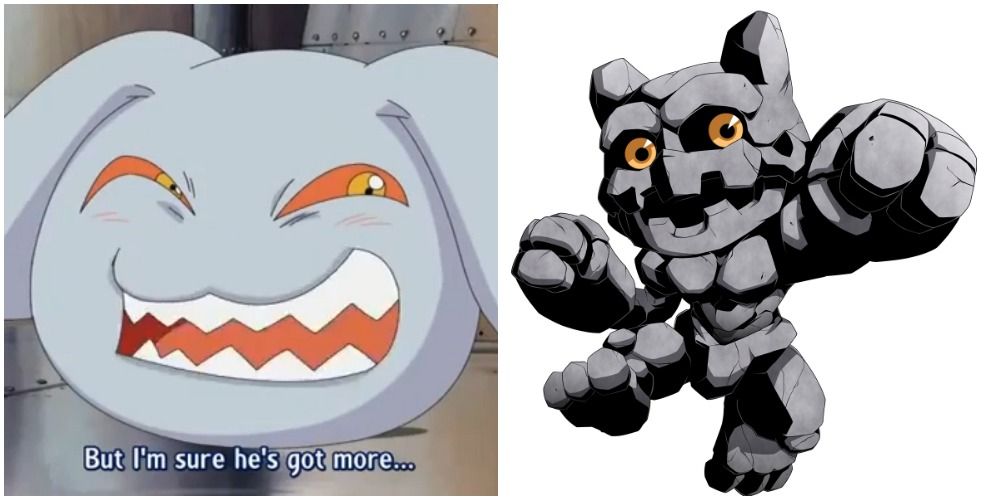 A lot of the In-Training to Rookie-level Digivolutions can be fairly peculiar. Fresh and In-Training Digimon are basically amorphous blobs just beginning to take form, like tadpoles sprouting into frogs, so in that way, it makes sense. But a tiny furball turning into a bipedal rock monster doesn't quite follow that line of thinking.

Wouldn't it make a little more sense for Gotsumon to Digivolve from some kind of earth-based In-Training Digimon? Generally, with most Digivolutions, the skin type stays the same, but not here. 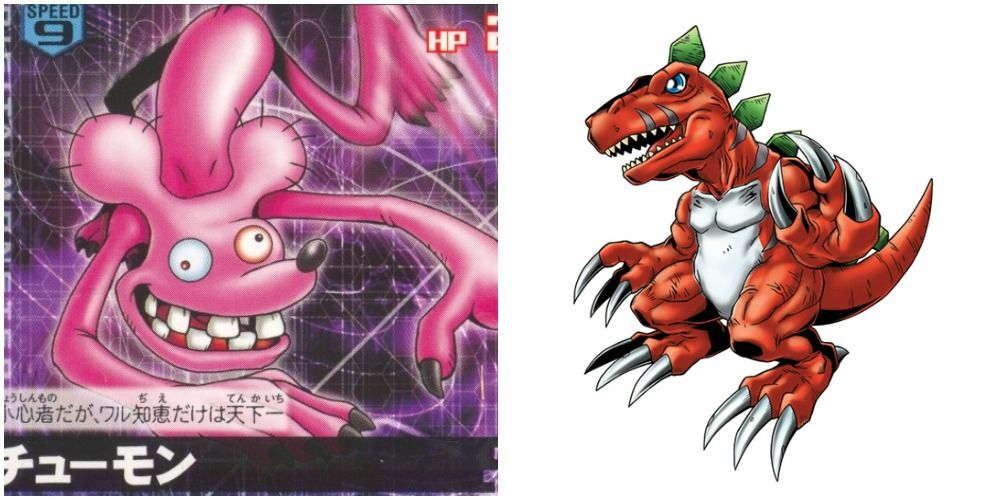 Speaking of skin types not staying the same, here's a tiny mouse turning into a giant lizard. Once again, like fur into rock, fur into scales doesn't make any more sense. Although, honestly, good for Chuumon. The glow-up is real.

Nobody would ever expect a lanky little mouse that gives off serial-killer vibes to Digivolve into something so large and intimidating. In that way, this is a great Digivolution. But from a design perspective, it's less apples and oranges and almost more like apples and fire extinguishers. 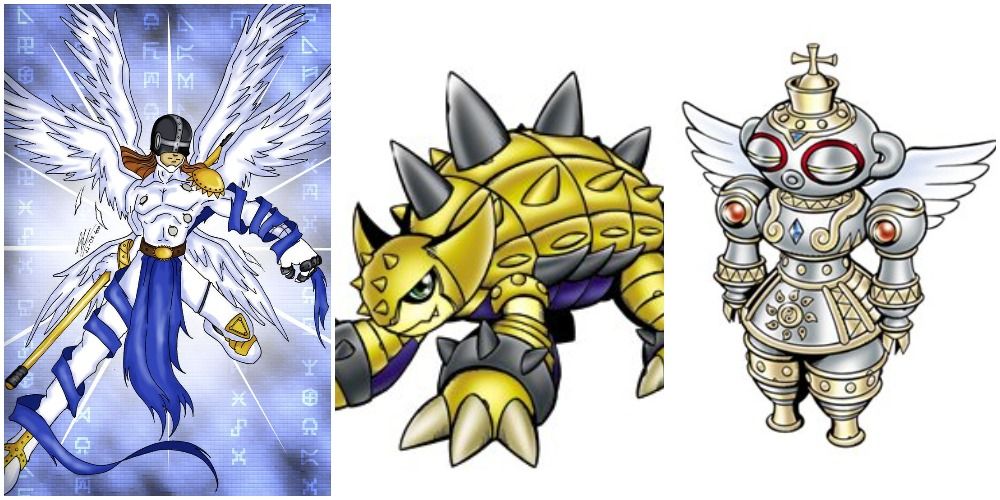 This is the one case of DNA Digivolution on this list. The way the other DNA Digivolutions currently in existence work is well-designed and fluid. WarGreymon with MetalGarurumon into Omnimon is a great-looking design, and ExVeemon with Stingmon into Paildramon is arguably even more cohesive.

Then there's Angemon and Ankylomon combining to create… what is Shakkoumon even supposed to be? A Pope-themed Barbie doll? It's not entirely clear. Angemon's religious symbolism shines through, but no aspect of Ankylomon's design makes the cut. 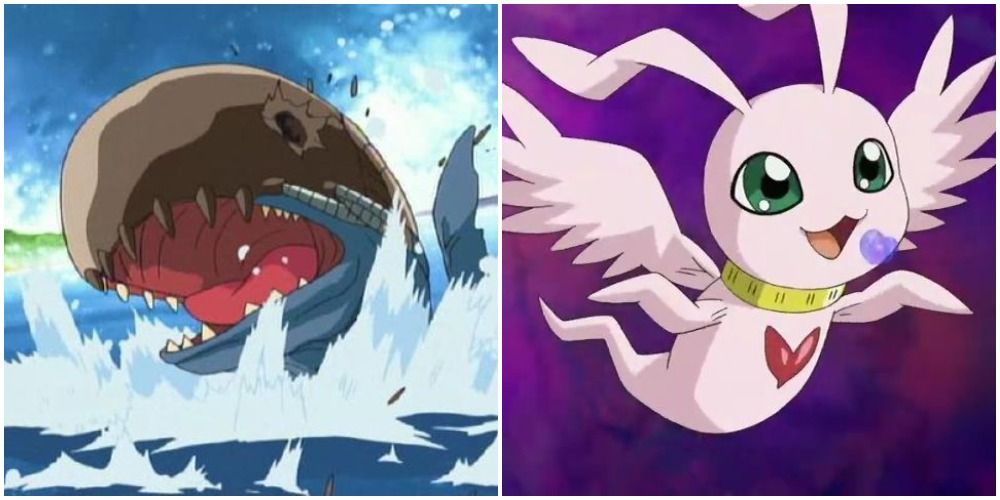 Generally speaking, you'd expect Digimon to become bigger and more intimidating as they move from Fresh to Mega. With Whamon, this almost feels like backward momentum. This isn't to say that MarineAngemon's ability as a Mega-level Digimon should be put into doubt.

Anyone who's seen Digimon Tamers knows that the little pink sea-fairy's power isn't to be trifled with. It's not exactly a logical conclusion to the hulking deep-sea whale that Whamon very much is. But maybe every Whamon secretly dreams of not scaring every creature they pass by one day. 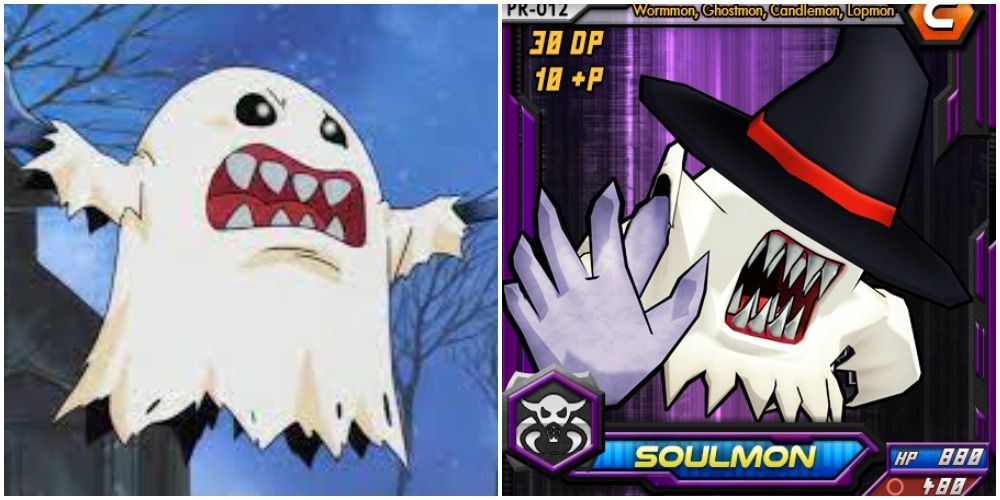 Soulmon is just Bakemon with a pointy wizard hat. To be fair, this is the most logical design progression on this entire list. It's almost Pokemon-esque in how it uses one small and simple element to change the whole creature (like Magneton just being three Magnemite stuck together, or Alolan Diglett just being regular Diglett with hair).

It begs interesting and slightly horrifying questions, though. If the hat is removed, does Soulmon just turn back into Bakemon? Is the hat a part of Soulmon's anatomy? The implications are vast and make Bakemon even spookier than he already was. 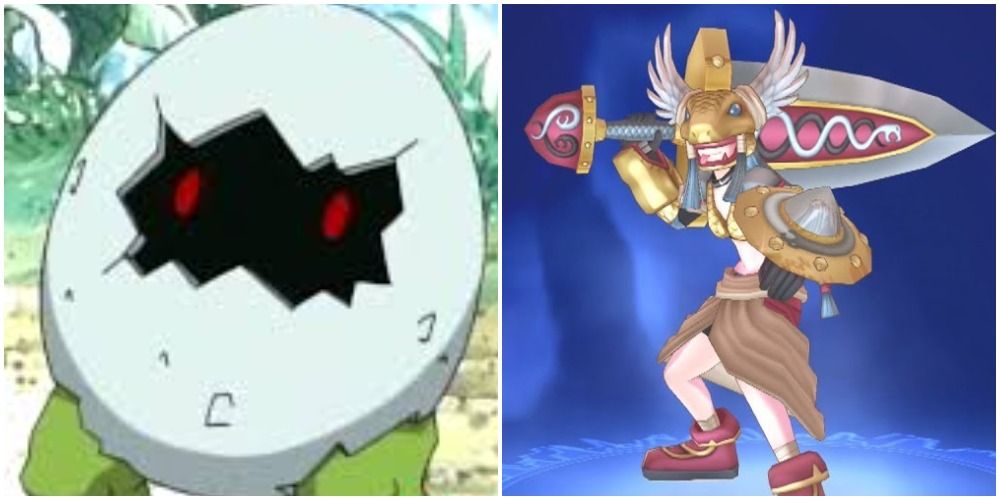 If you had a hundred guesses as to what's inside the shell of the egg Digimon with lizard legs and glowing red eyes, would any of those guesses be a Viking woman with a feathered helmet and stubby sword? Of course, one of them would be!

But really, this does not feel like the direction anyone would expect Digitamemon to go. The aforementioned Tyrannomon that Chuumon Digivolves into makes a lot more sense, actually. Or anything large and lizard-like, for that matter. 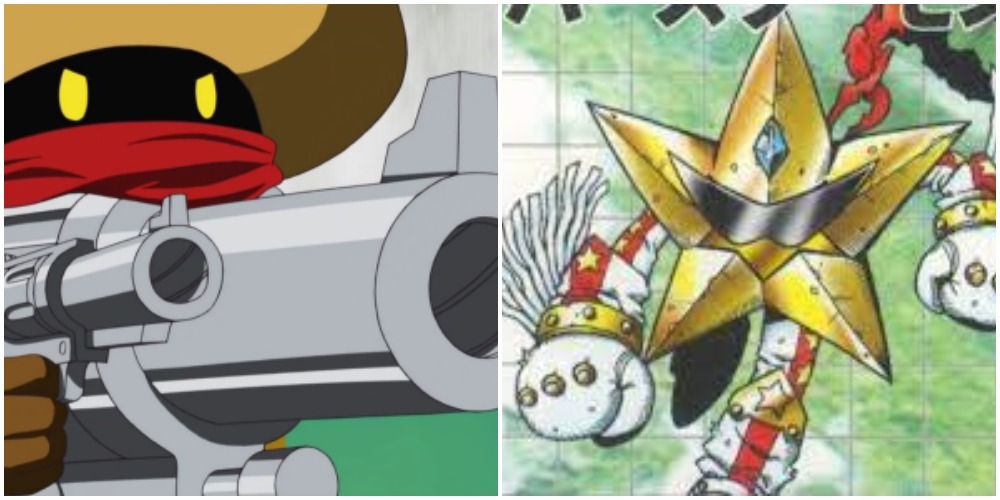 Deputymon is one of the more infamous Digimon of the bunch, often jokingly referred to as "the most American Digimon of them all." It would be unfortunate to partner with a Digimon who can't look at you without breaking gun safety rules. Not to mention the nightmare it would be trying to get the guy through airport security.

Thankfully, once he Digivolves it's not a problem anymore. For whatever reason, he turns into a golden star with sunglasses. Equally as cool, but for vastly different reasons.