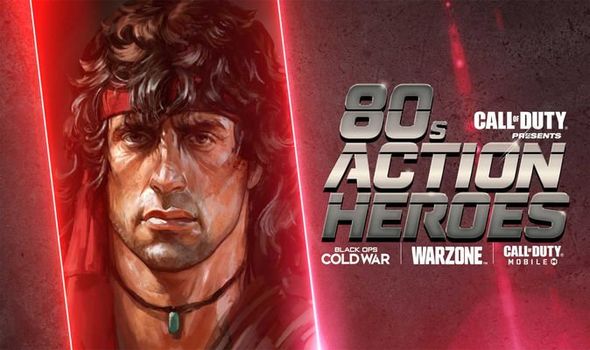 Call of Duty Warzone is one of the most played video games available on PS4, Xbox One and PC, which already boasts a strong lineup of chiselled characters and operators.

But this week will see everything turned up to 11 as some of the biggest action heroes from the 80s arrive as playable characters as part of a big expansion.

But while it will be cool to see both of these 80s action heroes creating chaos around the Verdansk map, they won’t be the only new additions.

Game developers Raven Software has also announced that they will be changing key locations in Warzone to give them more of an 80s action movie vibe.

The downtown skyline will be transformed with the introduction of Die Hard’s Nakatomi Plaza, which is relocating from sunny Los Angeles to Verdansk for a limited time.

This will be the tallest single structure seen in Warzone and includes five floors of space familiar to those who are fans of the original Die Hard film.

The Plaza will be replacing the Broadcast Tower usually found on the map, along with the other buildings and surrounding blocks that normally define Downtown’s southern district.

Raven Software has confirmed that Nakatomi Plaza will feature multiple optional missions that can be completed in-game that will unlock special rewards.

This includes exploring the tower for Supply Boxes, defusing C4 on the tower’s roof, and interrupting an arms deal gone wrong.

If you and your squad are lucky enough, you may even be able to do what no international criminal has been able to pull off before: successfully crack the Nakatomi Plaza vault and escape with its riches. But be forewarned that you won’t be the only Operators looking for the keys to the vault.

The Warzone map will also be changing with the introduction of new locations from the Rambo action movie franchise.

Around Verdansk, numerous campsites have been converted into Survival Camps as a homage to Rambo: First Blood Part II.

There will be a total of ten camps spread across the map, which will be filled with cosmetic loot that can unlock a bigger in-game reward.

Another area Rambo fans will want to visit is the aircraft hangars in Verdansk’s northwest sector, which will be converted into a makeshift CIA Outpost.

Call of Duty Warzone is also getting new modes to celebrate 80s action movies, with Activision confirming this week:

“Battle Royales were already intense, action movie-worthy matches within Warzone, but what if the intensity was dialed up to true Hollywood extremes? You would get Power Grab, a Limited-Time Mode that pits over 100 Operators across select squad sizes in a battle for true badass protagonist supremacy.

“In Power Grab, Operators will find that the starting circle collapse is smaller than in a traditional Battle Royale in Verdansk. This circle collapse will have five stages and there is no Gulag to escape from upon death. 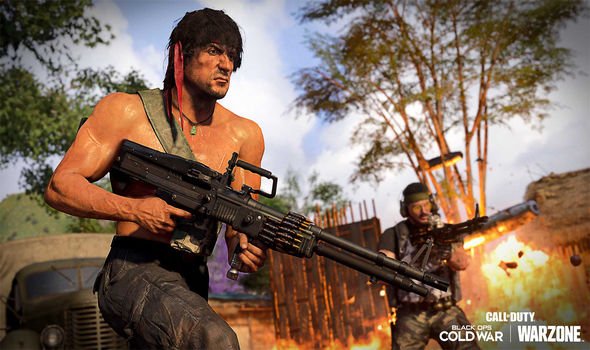 “Instead, you must either revive your squadmates via the Buy Station or earn the right to revive them by collecting Dog Tags. Similar to Kill Confirmed in traditional Multiplayer, every Operator will drop a Dog Tag each time they are eliminated. These Dog Tags can also be found as rewards for completing Contracts, and in rare cases, they can be found in Supply Boxes around Verdansk.

“Each Dog Tag collected brings you one notch up a reward ladder, which is visible on the right side of your HUD. This reward ladder includes a UAV; a Respawn Token, which gives you the right to infil into Verdansk again; and Advanced Gas Masks and Specialist Bonuses, at higher tiers.”

Gamers will also be able to find Rambo’s Combat Bow and use it to add an explosive punch to any loadout when located in Verdansk or Rebirth Island.

“Effective against both infantry and vehicles, this new Killstreak can help your squad turn the tide of battle through unconventional warfare. The longer you pull back the bow, the farther the explosive-tipped arrow will go, so be sure to adjust your strength as needed to hit targets at longer distances.”