Though 2D fighting games make up a lion's share of the fighting genre's popularity, they've only done so by moving into the third dimension. Industry leaders like Street Fighter only exist in modern times because of the cost-effectiveness of using 3D models over 2D sprites. Aside from appearance, combat still functions entirely on the 2D plane.

So where does that leave the actual 3D genre? Fighting games that employ three-dimensional gameplay, including standards like Tekken, Soulcalibur, and Dead or Alive, struggle to get the same limelight now that their aesthetic has been co-opted. Perhaps a shakeup in the industry is needed.

Between 1995 and 2010, a treasure trove of experimental and entertaining 3D games dominated PlayStation and Dreamcast libraries. These games played like nothing else, and we think it’s time they – and the unique ideas they brought to the industry – get a second chance. 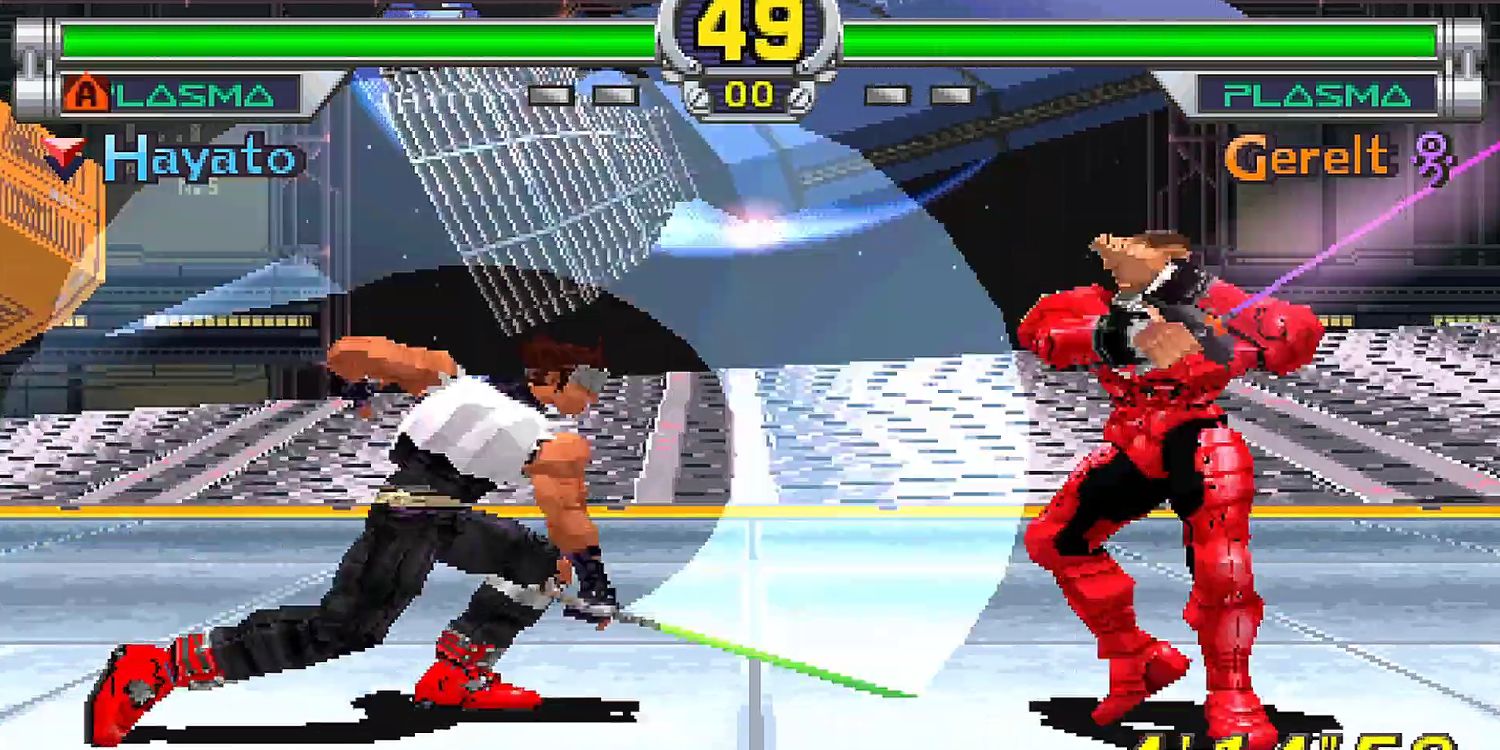 When Capcom released Star Gladiator in 1996, this eccentric sci-fi fighter was the first in-house polygonal fighting game they had ever developed. It was a bold, colorful title that featured lightsabers, clown aliens, and scientist dinosaurs – and it also married its over-the-top aesthetic with a surprisingly deep set of meter-based mechanics.

Though they revisited and refined Star Gladiator’s mechanics in the 1998 sequel Plasma Sword, Capcom has not given the series a real chance since. Sci-fi has never been bigger in gaming, and Star Gladiator is what got the company into 3D fighting games – so why not now, Capcom?

7 Sonic The Fighters Could Revive Two Franchises With One Sequel 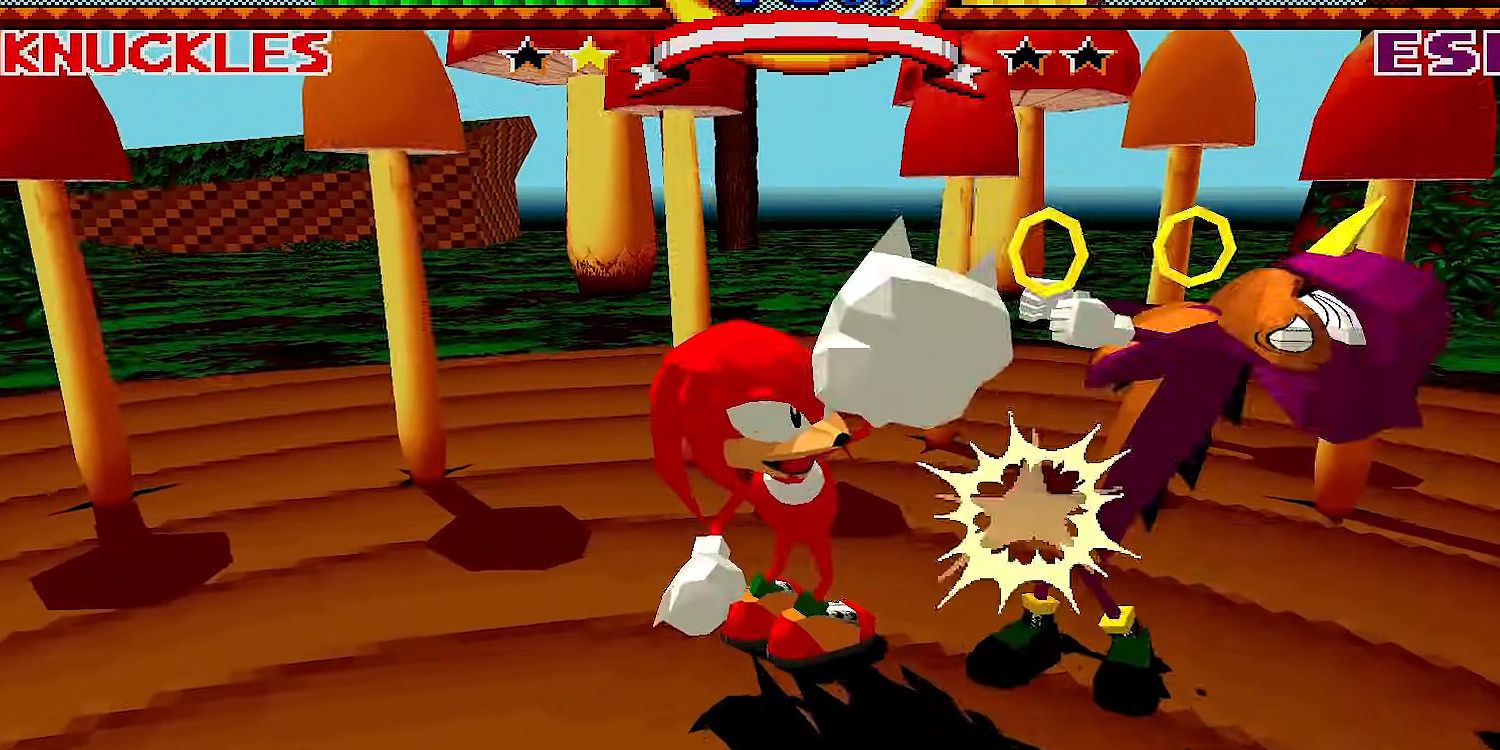 Sega’s Virtua Fighter pioneered the 3D fighting genre, and the company’s back catalog could easily fill out this list on its own. But among all the fighting games Sega has made, Sonic The Fighters is the most curious—and perhaps, given the source material's continued relevance, the most primed for a modern revival.

Sonic The Fighters takes characters from the popular Sonic The Hedgehog franchise and pits them against each other in the battle engine of Sega’s Fighting Vipers. Cartoonish and silly, a modern sequel to this eccentric crossover could be the key to get Sega back into the fighting game market they helped establish. 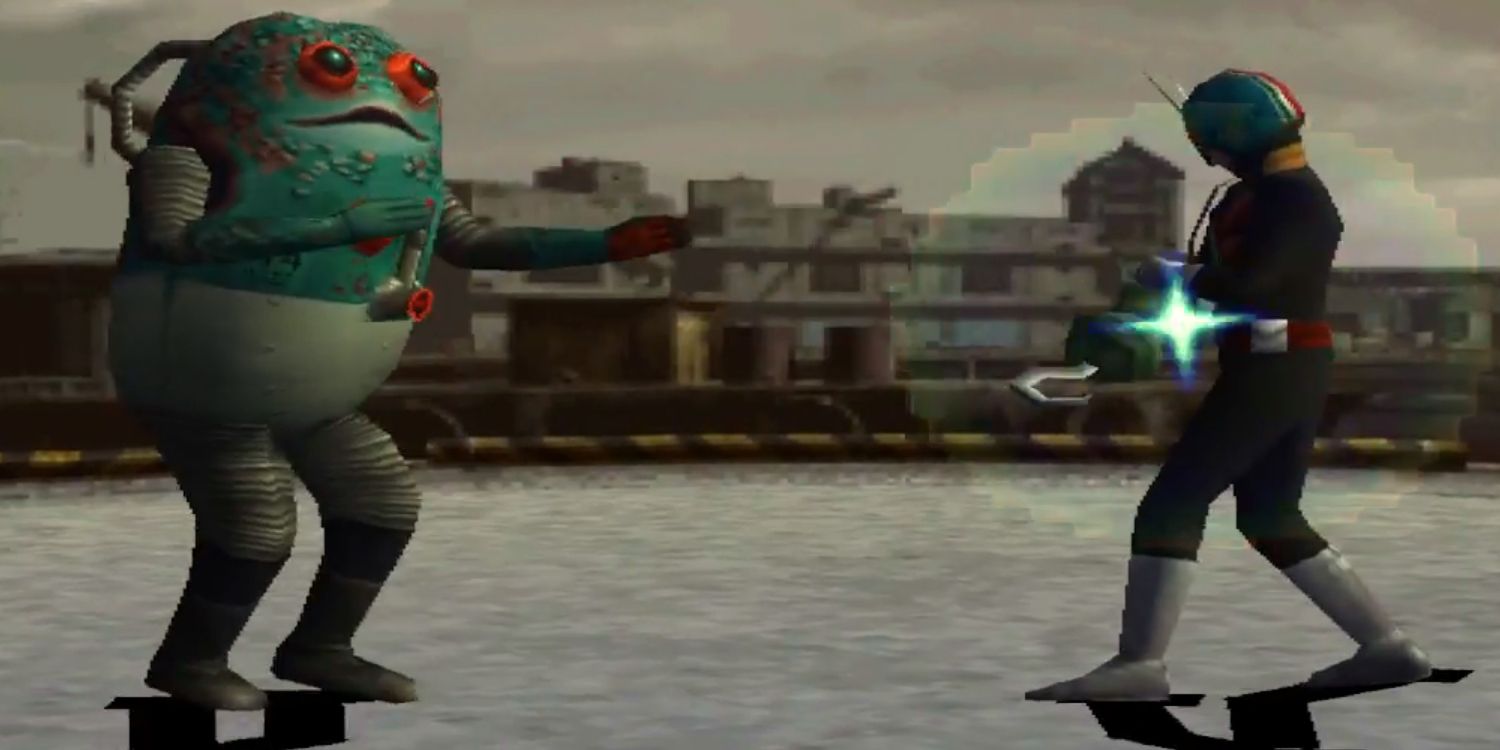 Bandai Namco has published more than a few Kamen Rider fighting games, but a selection of KaZe developed games in the early 2000s are perhaps the most forgotten. Released for the Sony PlayStation, these 3D games feature one of Japan's most beloved costumed superheroes battling it out with friend and foe alike in one-on-one battles. Of particular interest is Kamen Rider V3, which sports a transformation mechanic, a complex dash/step system to rival Virtua Fighter, and universal rock-paper-scissors chain throws that play out like orchestrated fights from the show.

KaZe's four Kamen Rider games under the Namco label are all adventurous in their own ways, but Kamen Rider V3 has the best combination of polish and imagination to serve as the basis for a modern remake. Surprisingly, the game also features in-game frame data in its training mode, making it one of the first fighting titles to give such under-the-hood information directly to the player. 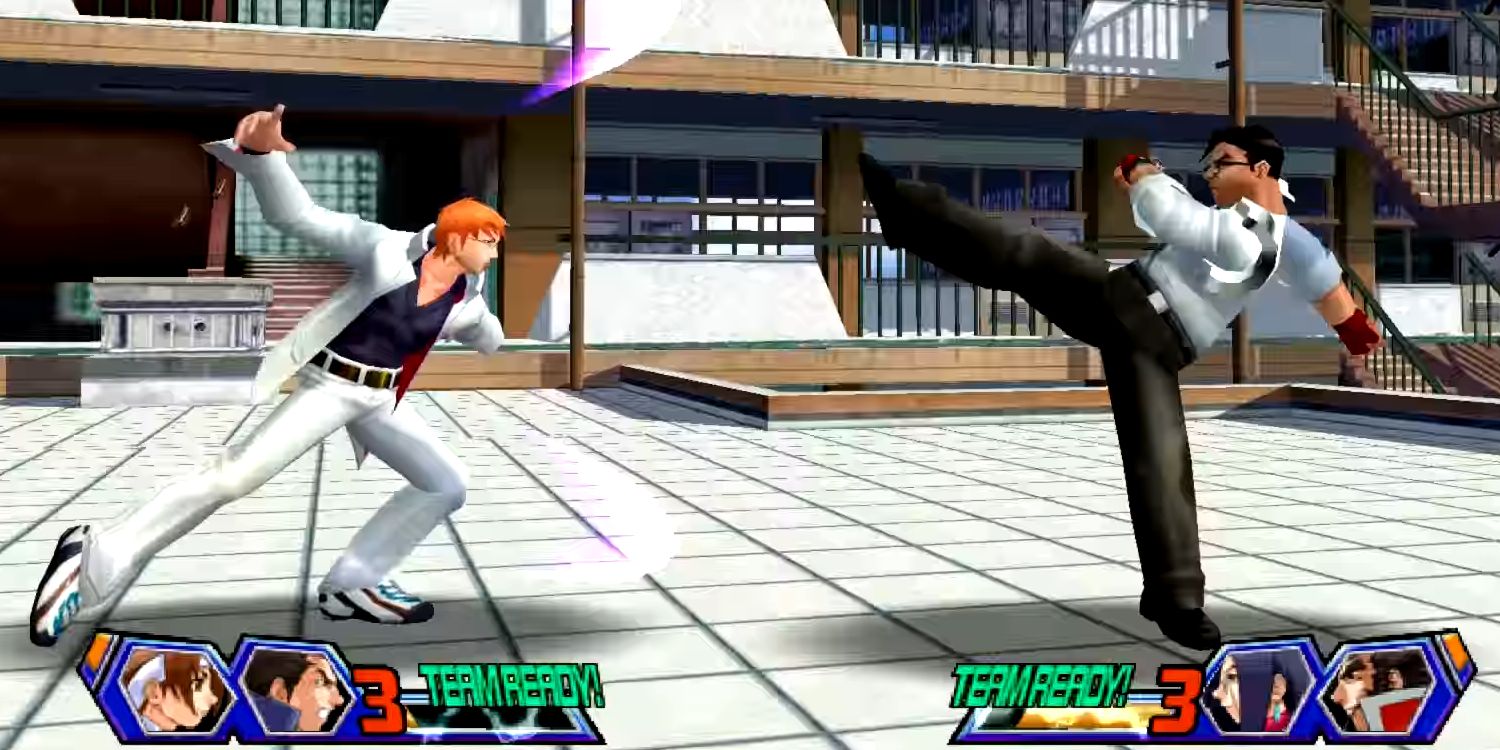 While Capcom game designer Hideaki Itsuno would spearhead the majority of Capcom's 3D fighting game ventures, none have been met with greater acclaim than his ambitious Rival Schools series.

Project Justice, the second entry in the series, was the pinnacle, having been crowned the most successful arcade game in Japan by gaming magazine Game Machine. Project Justice brings a unique blend of highly mobile 2D sensibilities and mechanics into a 3D, command-step environment. Few have attempted to imitate Project Justice's innovation, which makes Capcom's choice not to resurrect the colorful, over-the-top fighter all the more curious. 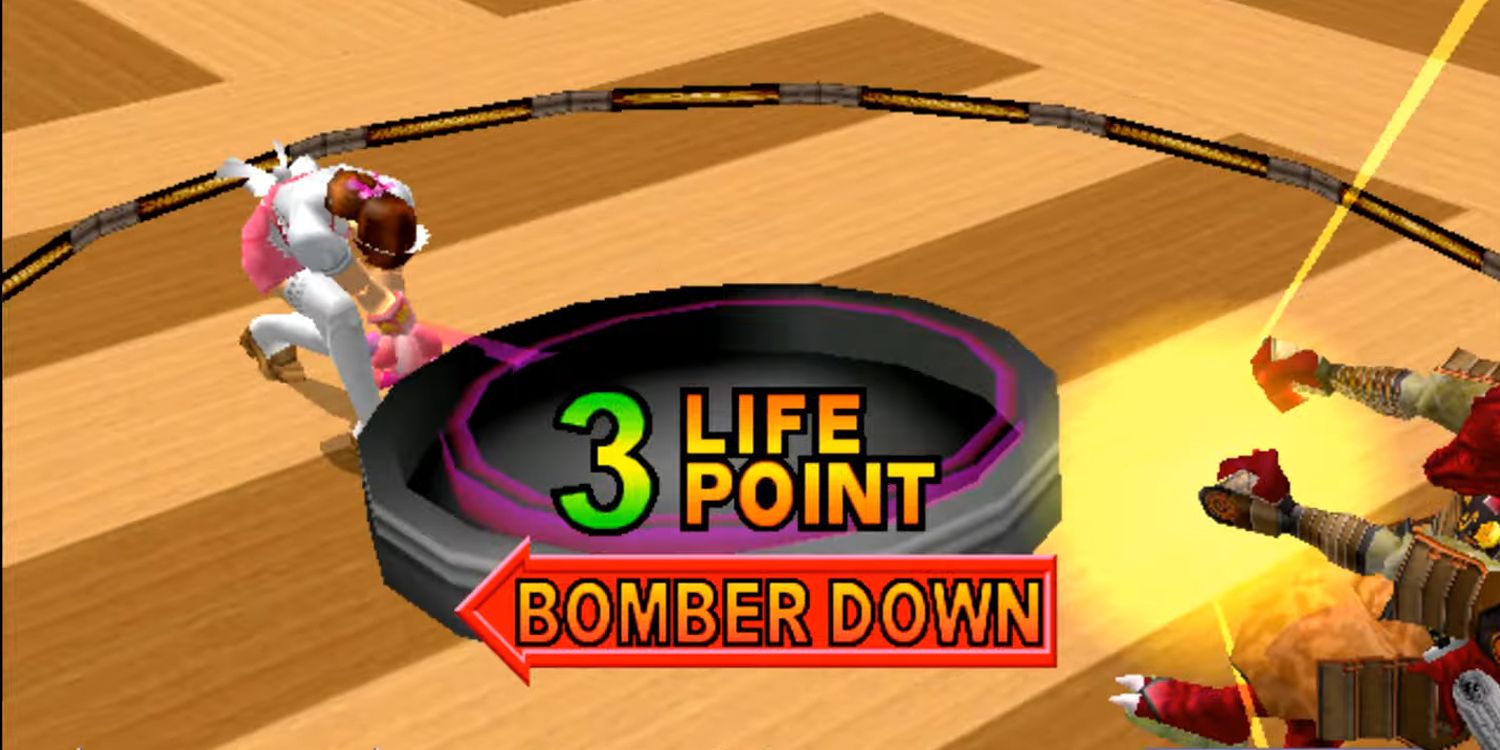 It might be more correct to say that Toy Fighter deserves any chance at all. Developed by Anchor Inc and published by SEGA, the arcade fighter never saw a home release, despite being one of the more unique fighting games to ever grace the NAOMI arcade boards.

The title is certainly an oddity in itself, featuring a cast of toys dueling it out in a series of bizarre, plastic arenas. Even the mechanics were playful reinterpretations of fighting game conventions. It eschews a traditional round system, and instead divides the health bars up between five "life-points" that can be manipulated in various ways by the game's other eccentric mechanics. 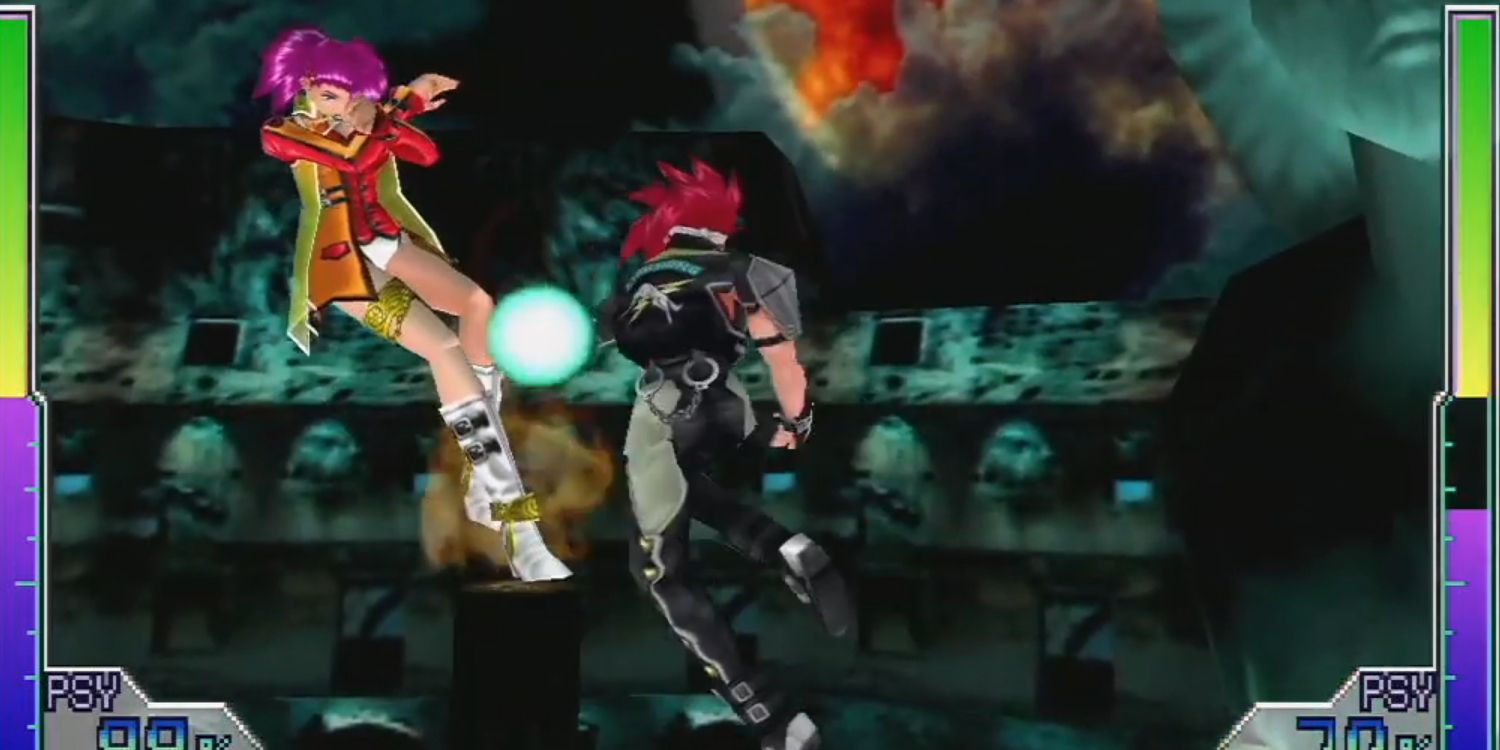 Prolific, legendary developers Taito might be better known for their shoot-em-ups (colloquially known as shmups) rather than their smattering of fighters, but Psychic Force (and it's amusingly-named-in-hindsight sequel, Psychic Force 2012) exists in the under-represented cross genre of both.

The game is set in a futuristic setting where humans have developed psychic abilities and fight each other in a variety of environments. Your psychic energy, represented by your Psycho Gauge, is inversely proportional to your health bar, and allows you to fire projectiles in the free-flying 3D space. It's a great idea for a fighting game, but sadly, Taito hasn't revisited the concept since its original 1998 release. 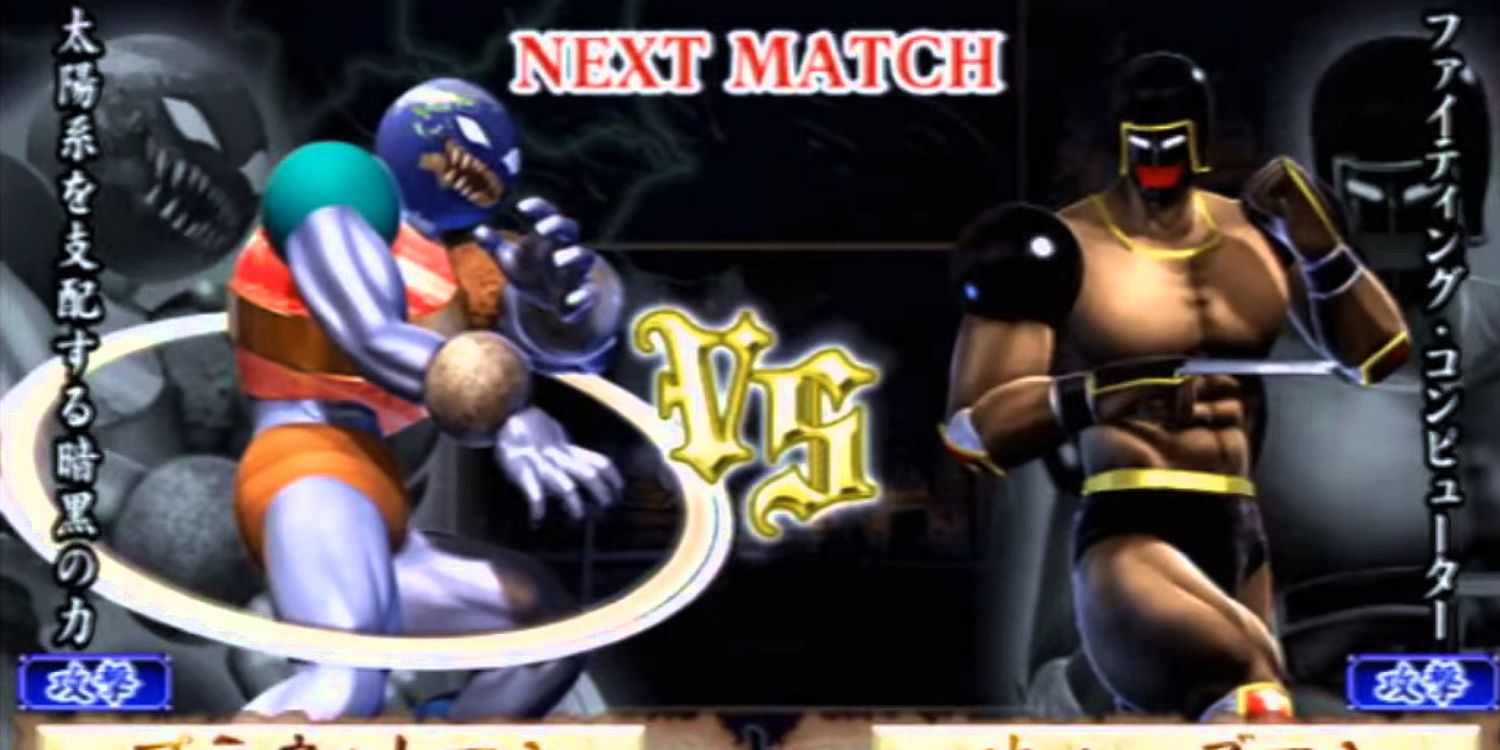 Based on one the popular 1979 Manga series, Kinnikuman Muscle Grand Prix 2 is a rare and successful crosspollination of the wrestling and fighting game genres. That's an odd statement on its own since wrestling lends itself well to fighting games, yet fighting games seem forever reluctant (or unwilling) to execute a grappler-filled roster.

Kinnikuman's Muscle Grand Prix series dared to bridge that gap with a complex juggle system and a unique take on environmental combat. Ring ropes in Muscle Grand Prix effectively create unblockable situations, and make the pace of matches frantic and focused on avoiding them at all costs.

1 A New Bloody Roar Is A License To Print Money 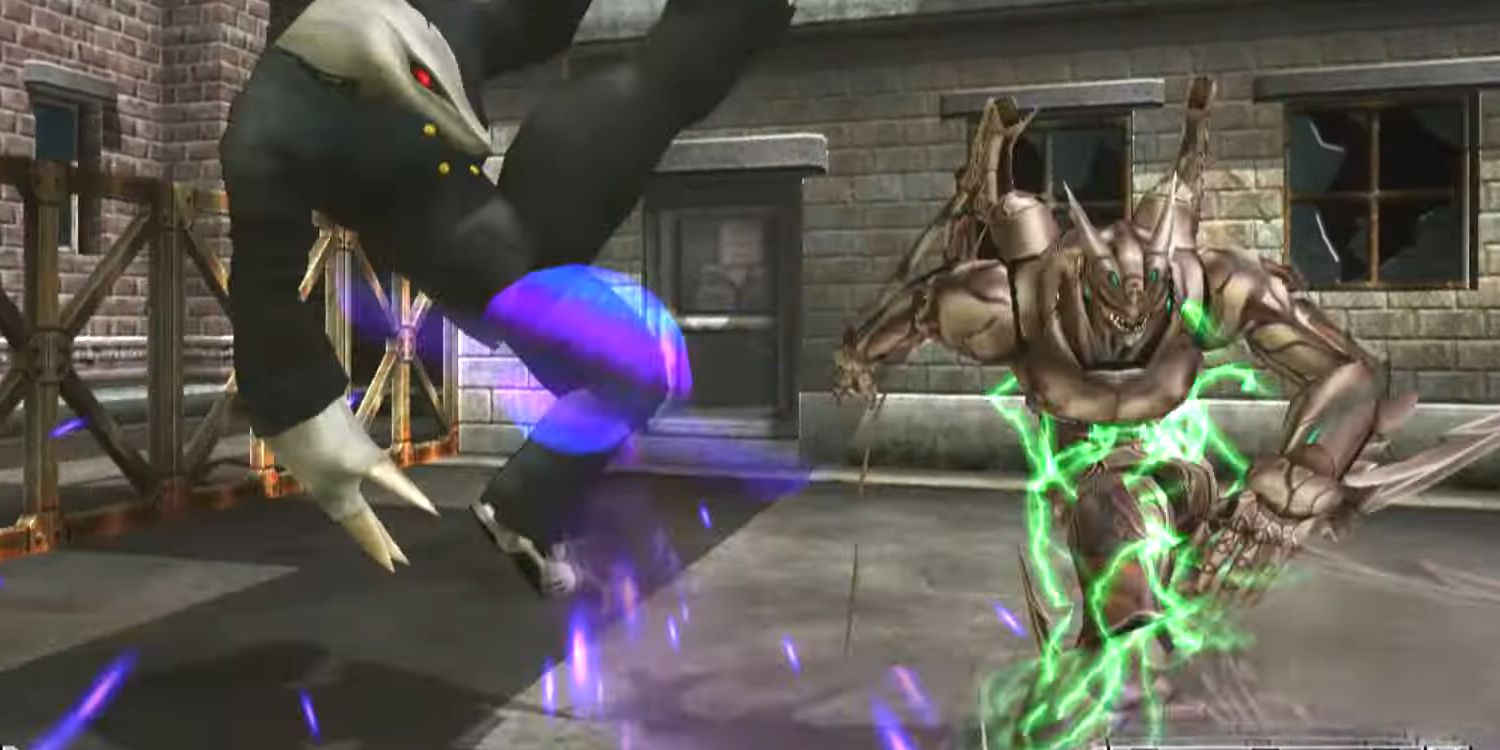 Bloody Roar is a fighting game about half-human, half-creatures committing stylized hyper-violence against each other. The Hudson Soft developed fighter hasn't seen a new title since 2004, but its focus on break-neck speed and animal-person transformation has maintained a rabid – pun somewhat intended -fan base to this day.

When major fighting game tournament Combo Breaker added Bloody Roar Extreme to its main-stage lineup, the decision turned more than a few heads. But the positive reception to the grand finals proves that there is universal love for were-things beating the crap out of each other. That Bloody Roar just happened to have carved its own gameplay identity out is merely an added bonus. Bloody Roar has a complex multi-strength guard system, cancelable armored attacks, and mechanical nuance far beyond what you might think a werewolf is capable of.