You are here:
Home / 8 Things You Never Knew About Halo: CE’s Development

The current gaming landscape can't get enough of the newest entry in the iconic and beloved Halo franchise, Halo Infinite. Halo was originally developed by Bungie and helped make the Xbox gaming platform a success that has sustained itself for over 20 years.

Though the series is now developed by 343 Industries, Halo is still the face of Xbox and an important series for the console, so let's take a look back at the development of the original title and understand how Halo: Combat Evolved came to be. 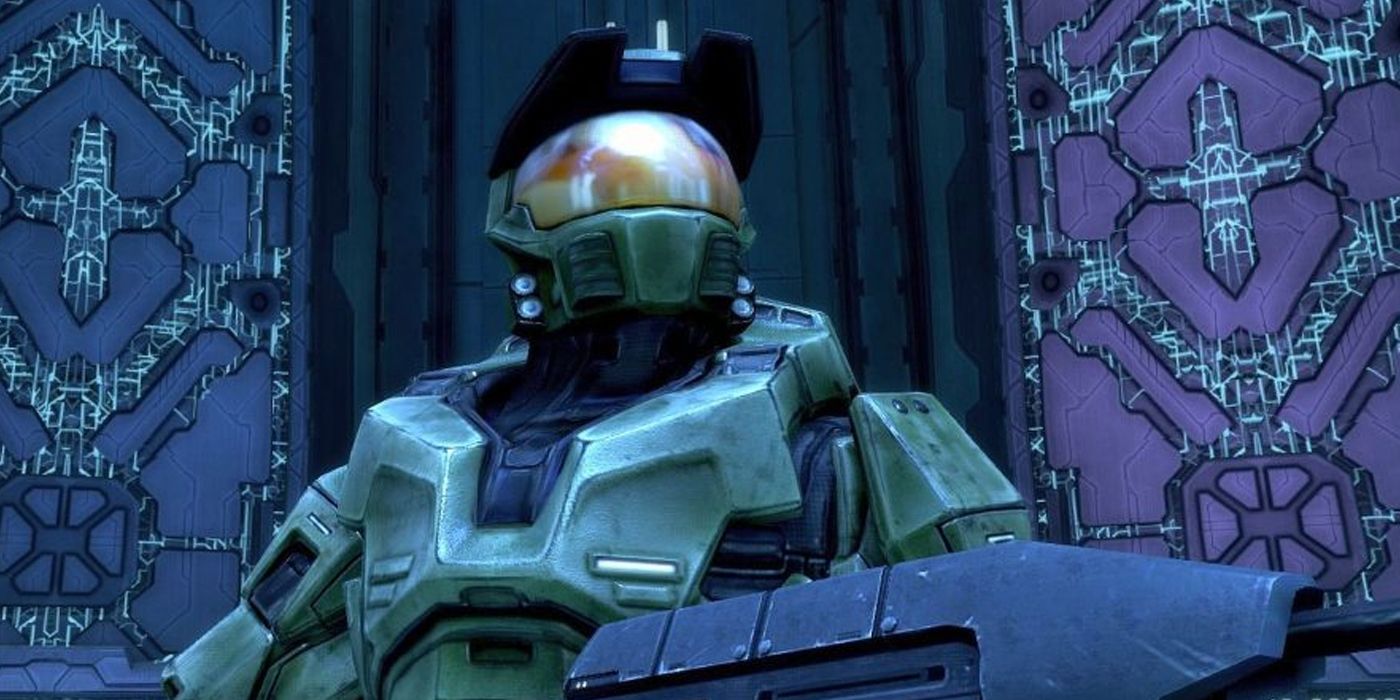 The original pitch for Halo according to Bungie co-founder Jason Jones was that it was set to be "the natural extension of Marathon (their previous title), which would have turned out to be something along the lines of Quake."

This idea would be put on the backburner as Bungie focused its development efforts on both a vehicular combat game that never came to be, the real-time strategy known as Myth: The Fallen Lords, and another science fiction RTS that would eventually become Halo. Looks like Bungie had its mind on RTS games.

7 How The Iconic Theme Came To Be 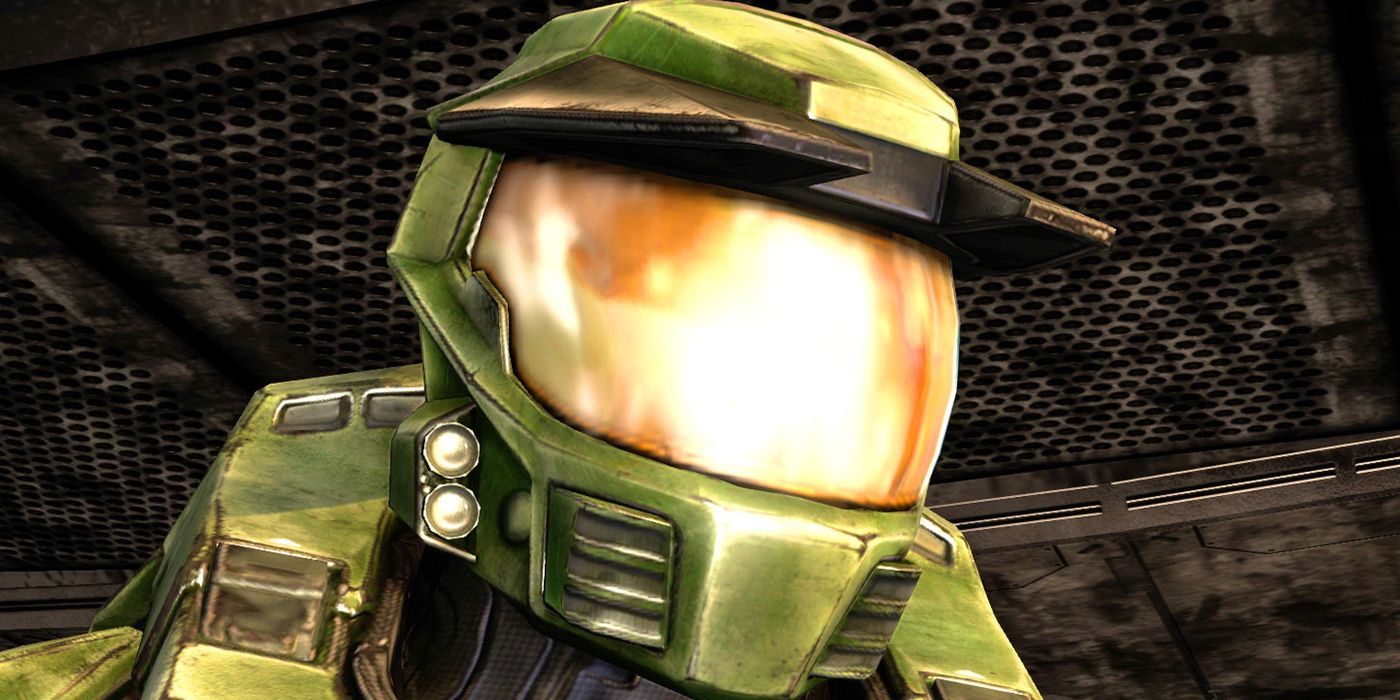 Joseph Staten, who served as the game's lead writer, said that Bungie wanted to hire someone to make sure the music was infused with a sense of ancient mystery. The team in charge was TotalAudio, a company owned and run by infamous composer Martin O'Donnell.

O'Donnell was the man who made the call to use a Gregorian chant, which he performed himself alongside his composing partner Michael Salvatori, in addition to other singers. This was a brilliant choice considering Halo's main theme has resonated with gamers for decades and people can be heard trying to recreate it in bathrooms and locker rooms across the globe to this day. 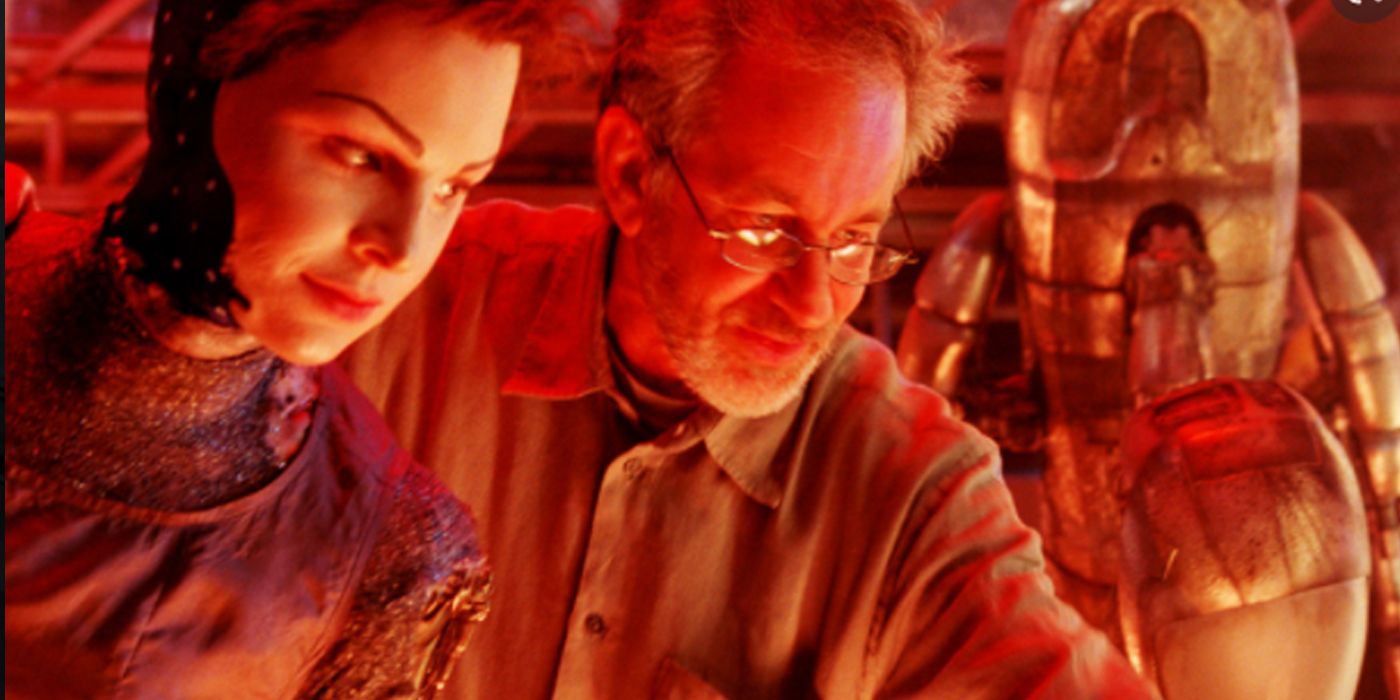 Halo is to Xbox what Pokemon is to Nintendo, it is that attached to the brand and serves as one of the company's core faces in the video game space. It almost wasn't that way, however.

The reason Halo launched as the premier title on the original Xbox was due to several other games tied to Steven Spielberg's film, AI Artificial Intelligence, that ended up being scrapped during the development stage. This is one of the big reasons why Microsoft put most of their eggs in the Halo basket.

5 Master Chief Was What, Originally? 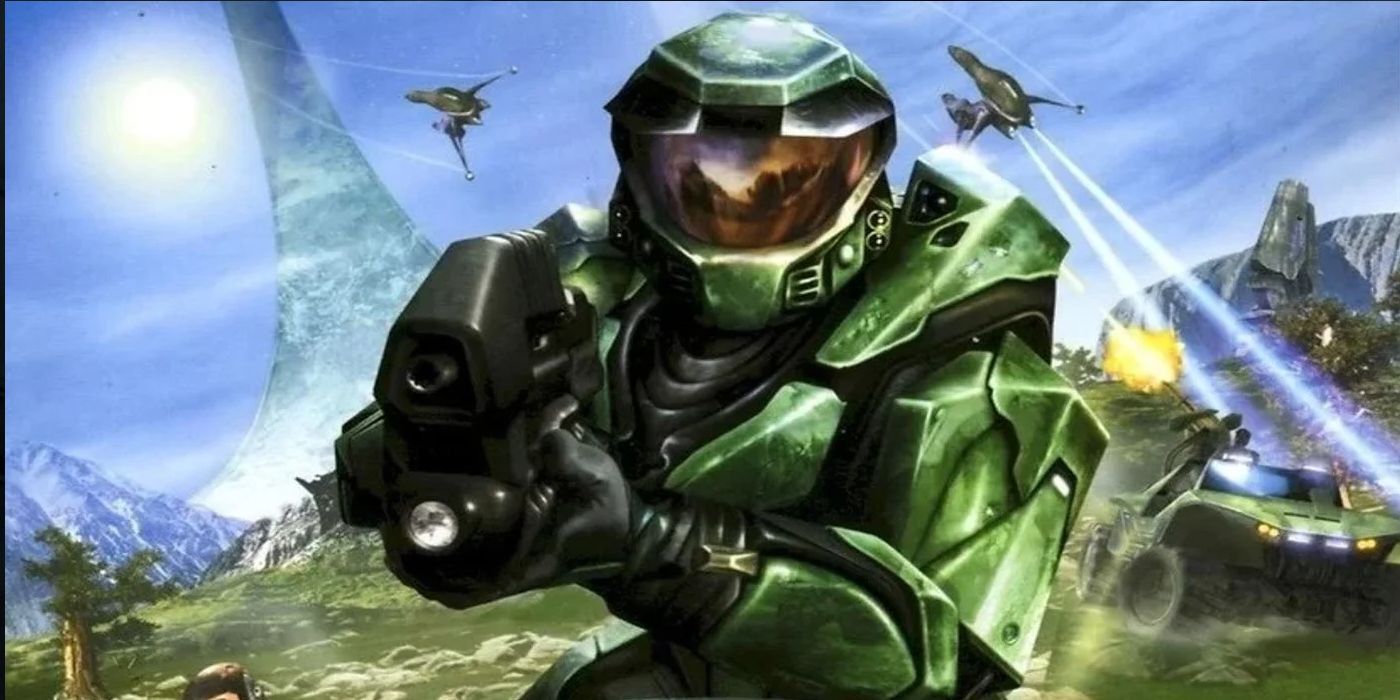 During the early versions of Halo: Combat Evolved's development, Master Chief wasn't the larger-than-life Spartan soldier that has since become iconic. Originally he was nothing more than a cyborg that helped defend and explore a mysterious new ringworld.

We'll never know how the game would have been perceived if he didn't change to the Spartan that we know now, but it's an interesting thought experiment to envision the Halo franchise starring a cyborg. 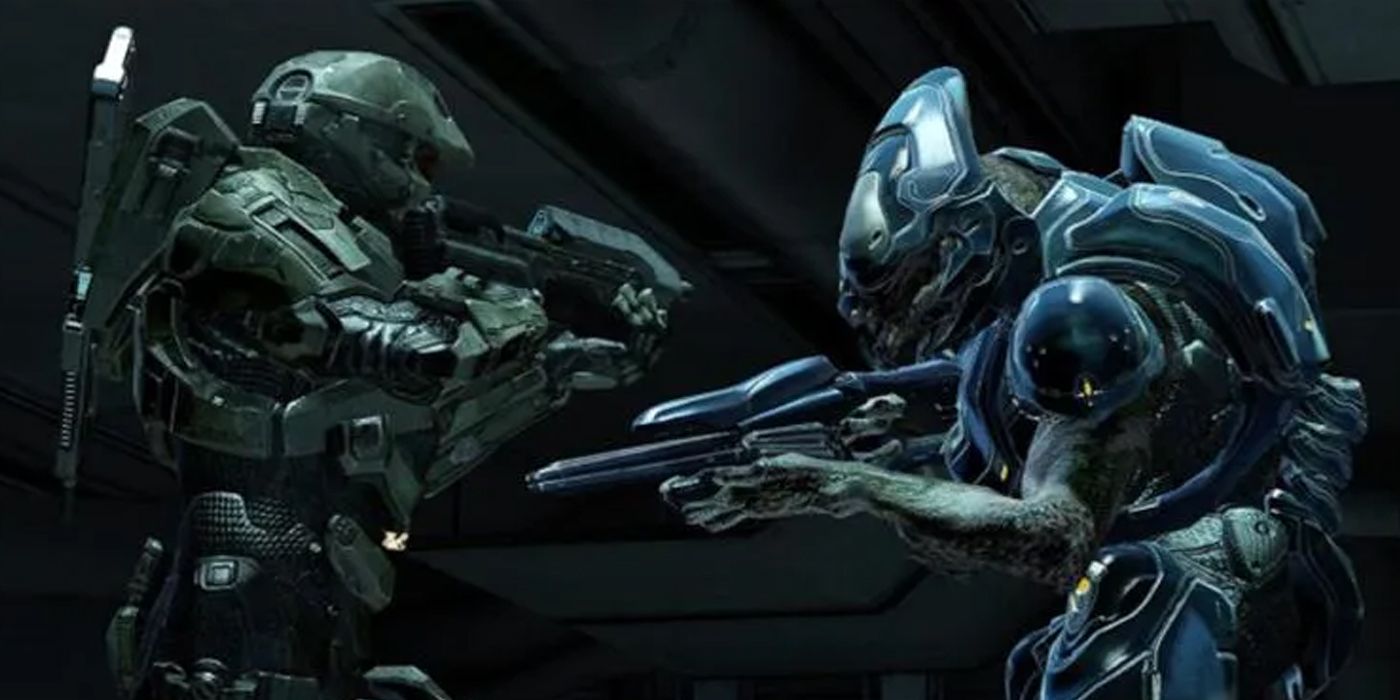 The neat thing about Bungie in its early days is it had a special social structure that embraced collaboration. With a need to rush the game's development in order to hit the release of the original Xbox, the team was also forced in a way to tighten feedback loops and work across multiple disciplines.

Halo ended up being better for it and as a result, artists were working with level designers to meld the two together into a seamless experience.

3 What Renewed Interest In The Idea 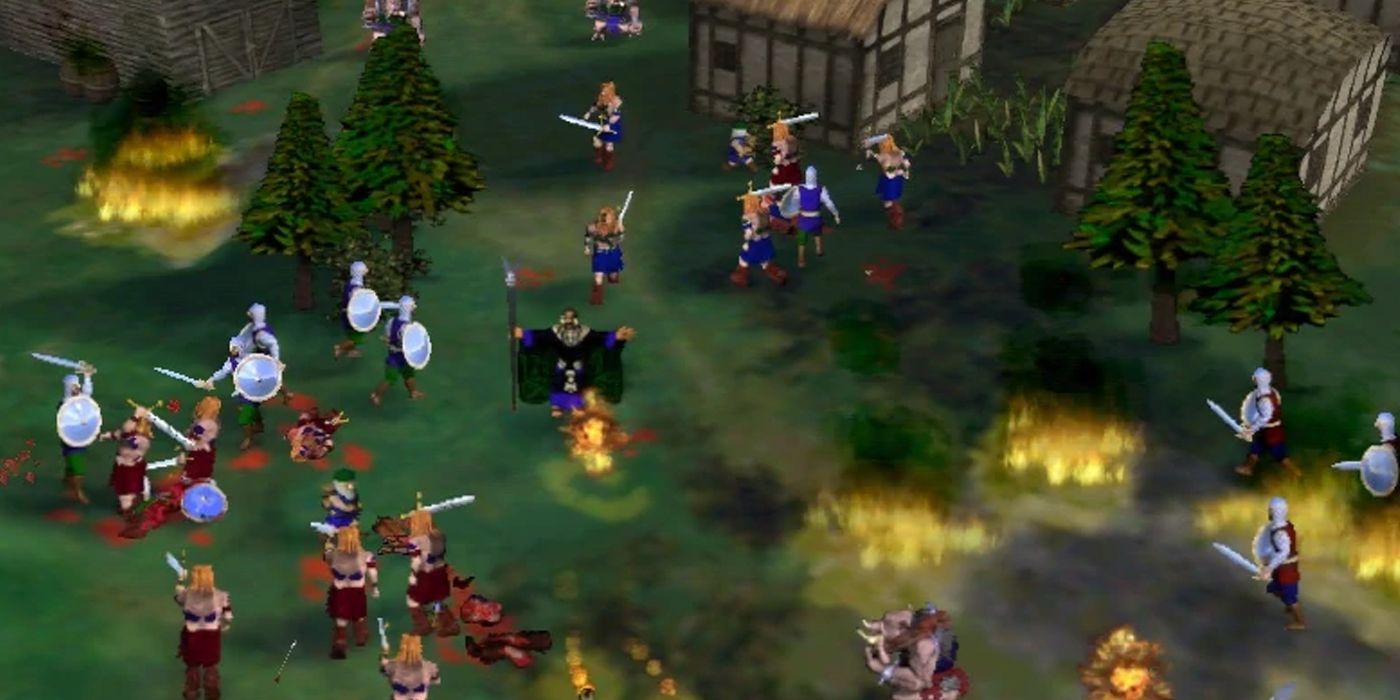 Despite having the original core idea for Halo in 1995, it wouldn't be until years later in 1997-98 when Bungie was working on a science fiction RTS that the idea for Halo would rise to the surface once again.

While experimenting with builds of the game, Bungie added cameras to individual units to bring immersion into the action. This sparked their interest in returning to their idea for a 'Marathon meets Quake' idea. When the game was originally shown it was a third-person shooter, but it changed to its iconic first-person perspective shortly after. 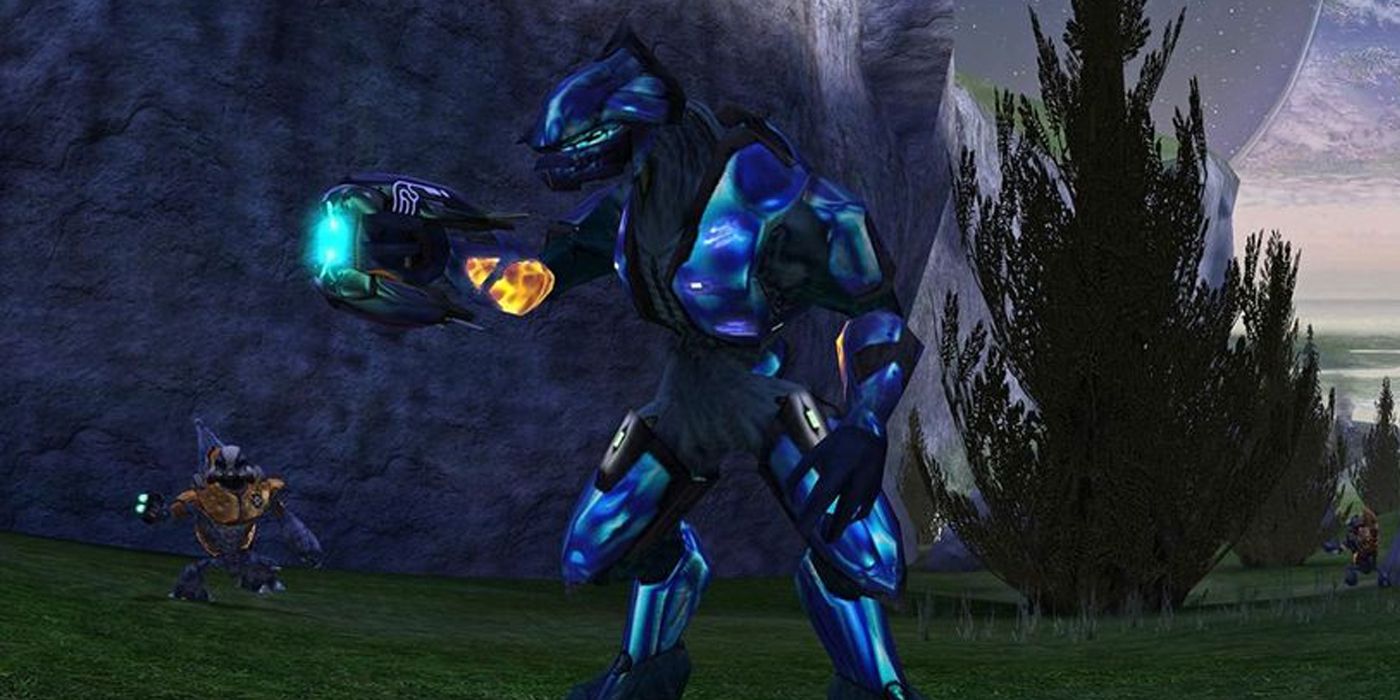 Halo as a series has such a simple yet iconic title that people often wonder how it came to be. Well, it turns out that Halo: Combat Evolved was almost called several things before Bungie landed on its title.

Its working title was Blam!, but other considerations included The Santa Machine, Solipsis, The Crystal Palace, Star Shield, Hard Vacuum, and Star Maker. After hiring a brand consultation company to aid in the naming process, the title of Covenant was pushed heavily. It ended up being a Bungie artist named Paul Russell who suggested the name Halo and the rest is history. 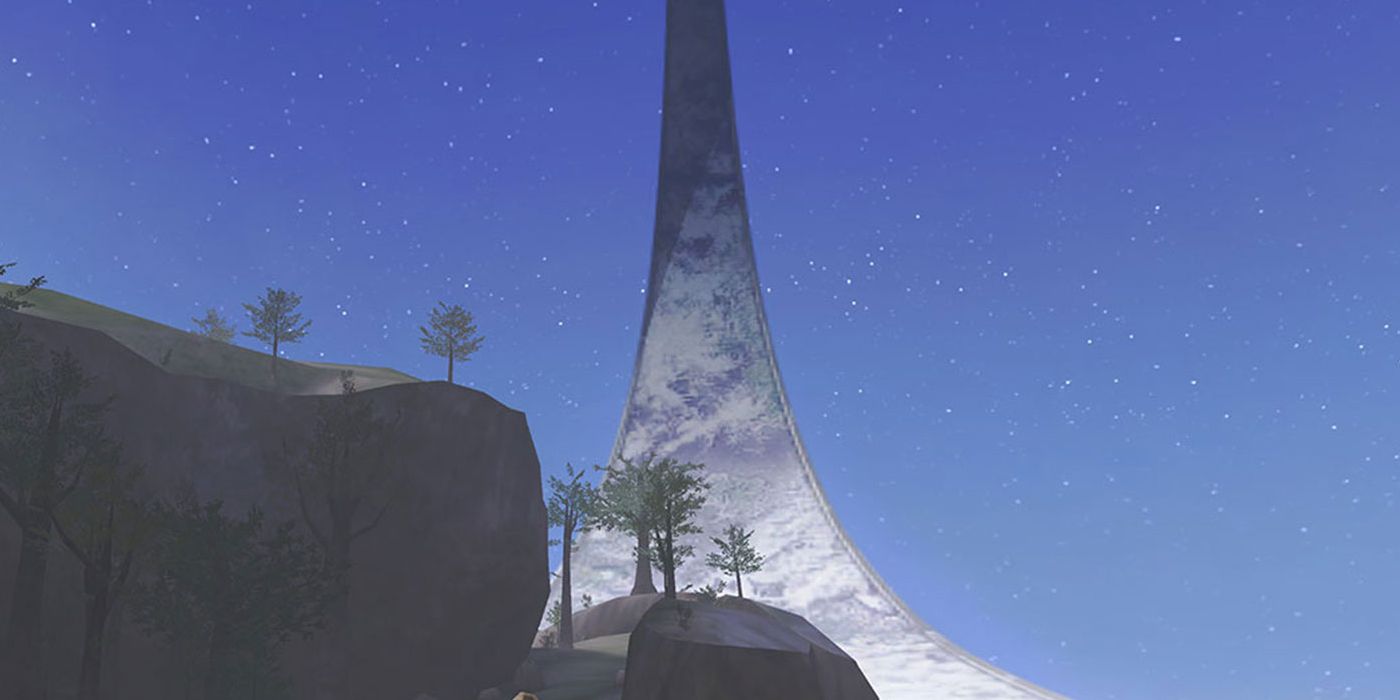 In 1999, following its reveal at the Macworld Conference & Expo, Bungie made the promise that Halo would be an open-world game, with additional comments suggesting that the terrain would deform and react to explosions happening in the environment.

After coming under the Xbox umbrella and needing to hit the release of the original Xbox, the plans for it to be open-world were scrapped as their ambitious desires weren't quite feasible.