You are here:
Home / 7 Things You Didn’t Notice In The Hades 2 Trailer

7 Things You Didn’t Notice In The Hades 2 Trailer

Supergiant Games shocked the gaming world at The Game Awards, unveiling that it's currently developing a follow-up to its beloved "god-like roguelike," Hades. As the studio's first sequel, many fans were not expecting to revisit the stylish world of Greek mythology established in the first game.

If you were too busy gaping wide-eyed at Hades 2's reveal trailer, like most of us, you might have overlooked some key details from this first look at the upcoming game. Here are a few of the biggest details you may have missed.

7/7 Your Character Is Melinoe 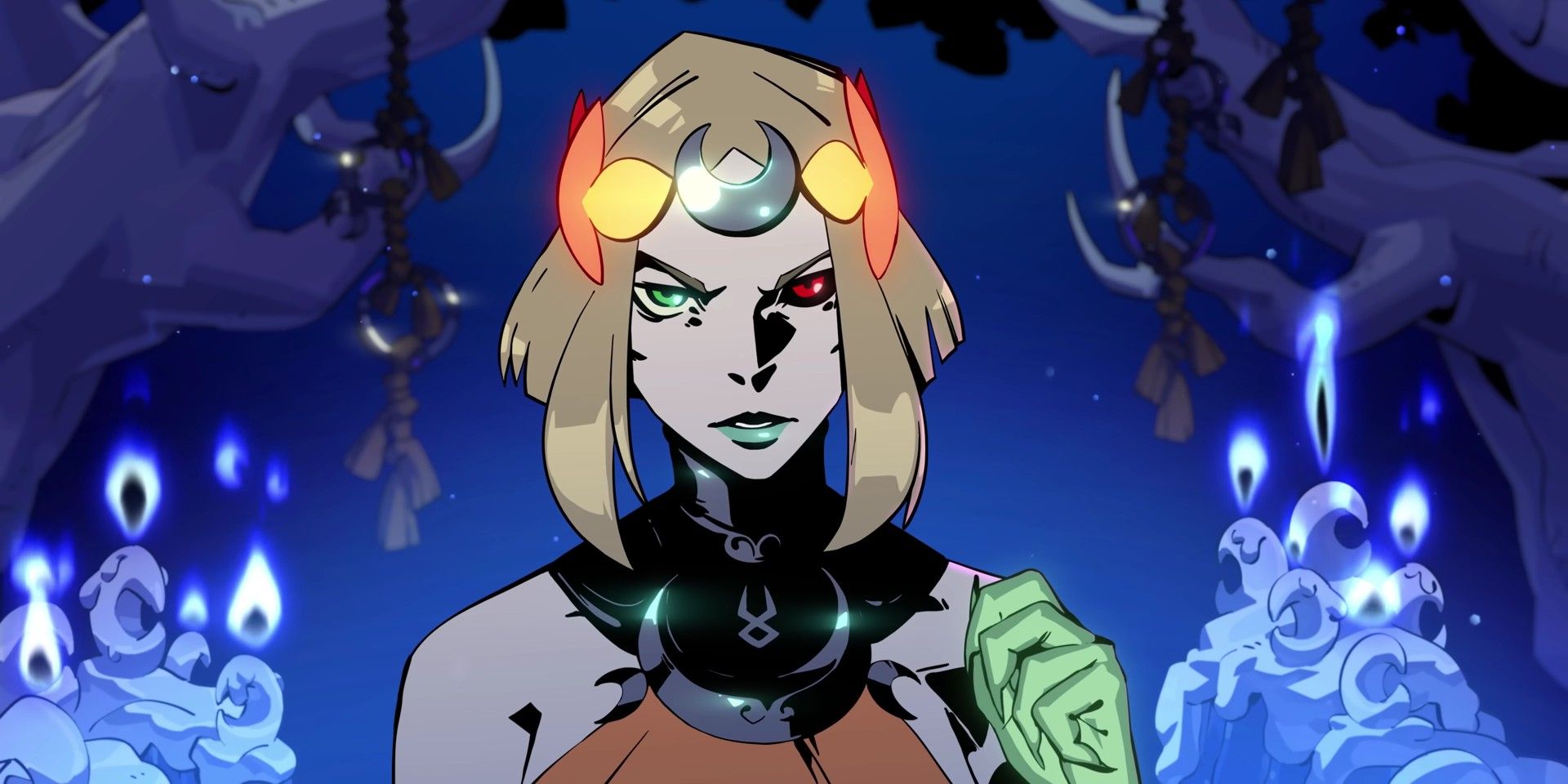 The most apparent change in Hades 2 is the transition from the original game's protagonist, Zagreus, to a new young woman. Adorned with a flaming headdress similar to Zag's, this mysterious woman fights a blue-flame-wielding witch in the trailer's opening moments (more on her later).

Supergiant's FAQ page for Hades 2 confirms many fans' suspicions regarding who this character is – Melinoe, Princess of the Underworld. Melinoe is Zagreus' sister and another daughter of Hades, a fact that seems to play heavily into the plot of this surprise sequel. 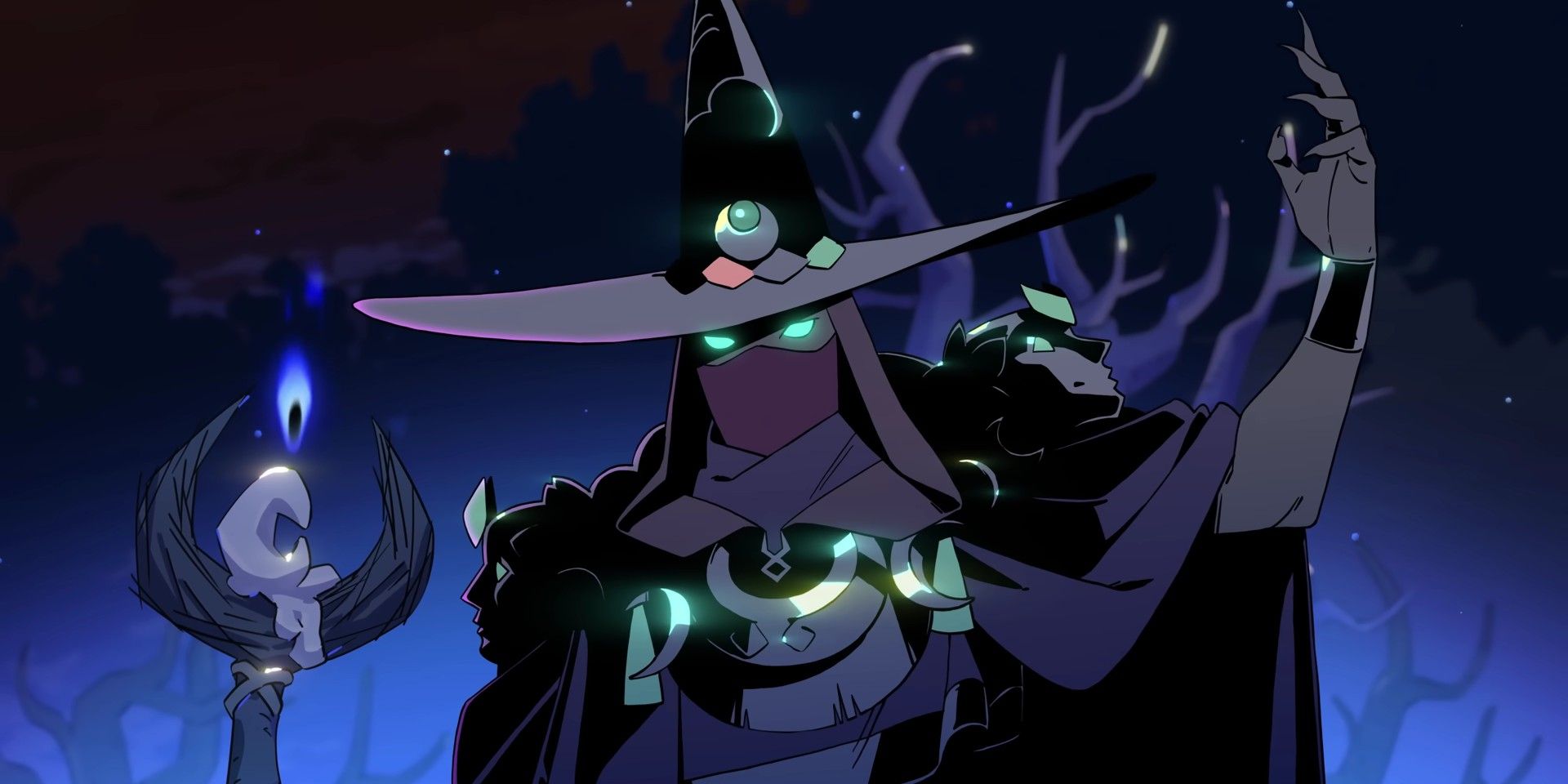 Melinoe's sparring partner in the opening cutscene appears to be a witch of some sort, welding a glowing flame and two matching staff weapons. This powerful witch is also confirmed to be Hecate, another Greek goddess associated with both witchcraft and magic itself.

Hecate is often associated with the moon; the trailer is littered with lunar iconography, from the crescent-shaped candles to Melinoe's weapons to the actual moon itself, enormous and full. She also contains a variety of connections to the origin of witchcraft, a theme that Supergiant has expressed interest in exploring fully in the game. 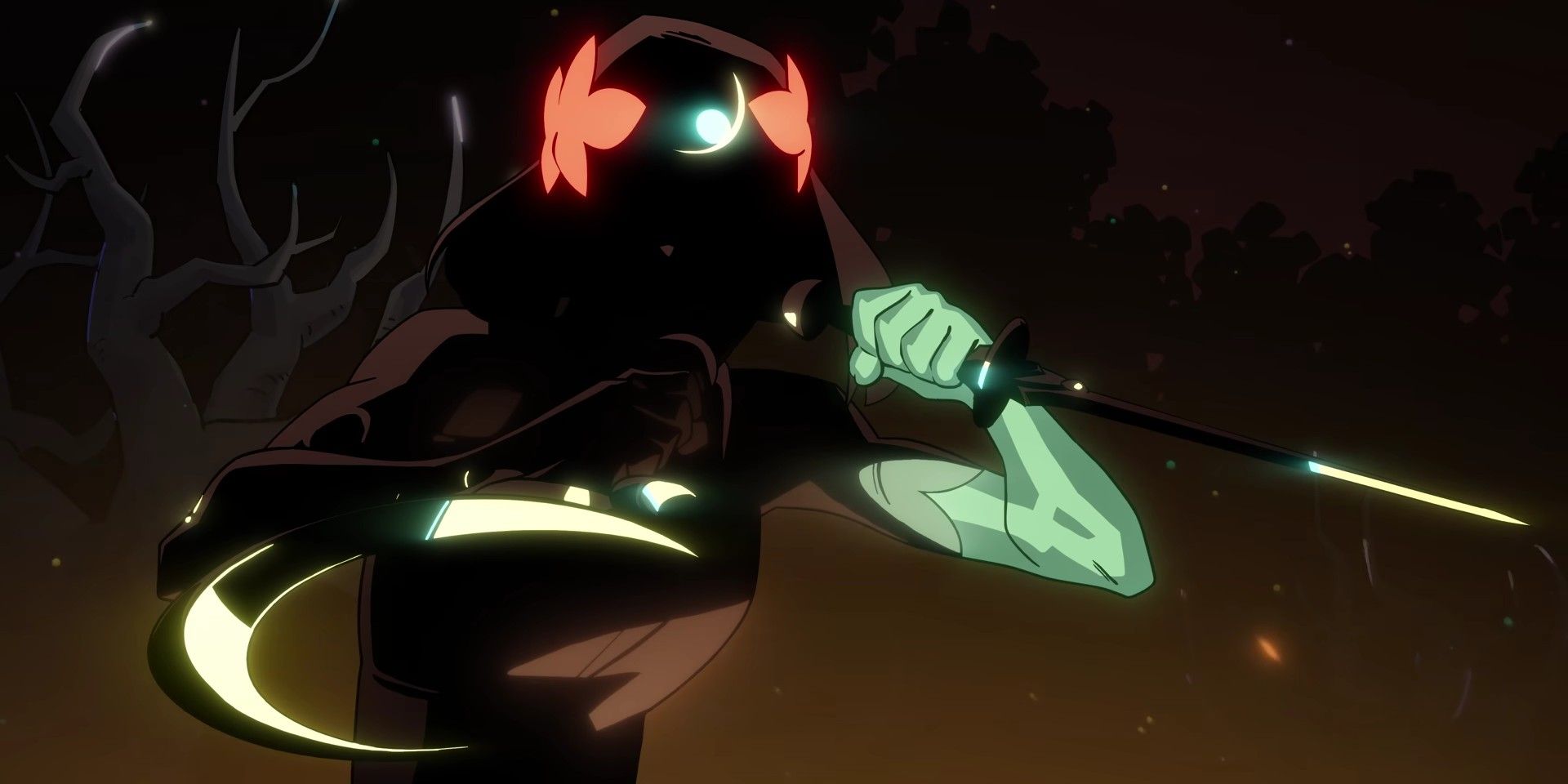 During Melinoe's opening fight with Hecate, she can be seen in full glory, wielding a variety of weapons and showcasing her magical abilities. It's also clear that, while she lacks the flaming feet of her brother Zagreus, her feet do glow a fiery orange, while her left arm is a bright green color.

Upon closer inspection, it can be seen that her arm is translucent, with her skeleton visible through it. Was this arm last during a battle? Did she sacrifice it to gain her unique powers and abilities? Whatever the case, we can't wait to find out more.

4/7 Your Casts May Work Differently This Time 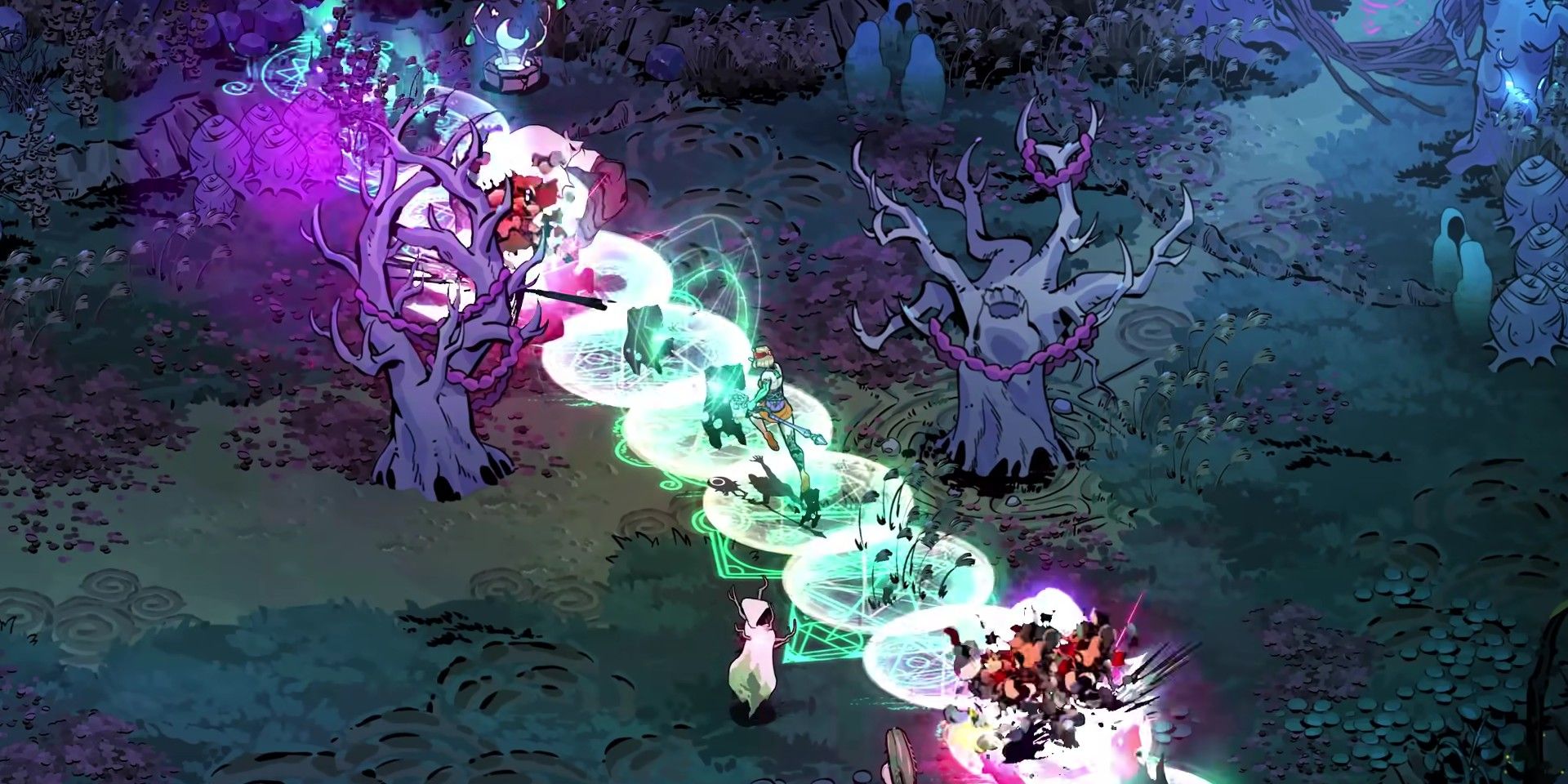 The opening trailer gives only a brief glimpse at the types of Boons and abilities available to Melinoe. Most of them feel like standard fair for a Hades title – enhancing things like your sprint and attack range. The final available option, however, may contain implications about the way your casts work.

In the original Hades, your default cast is a projectile that may potentially become lodged in your enemies, inflicting additional damage. Contrarily, in the first footage of Hades 2, one of your potential Boon abilities is activated by "standing in your cast," implying you may have a different form of casting, more similar to the spell we see Hectate cast on the ground in the opening cinematic. Your spells do have a similar color to hers, so there's likely a greater connection present.

3/7 You Can Interact With More Animals 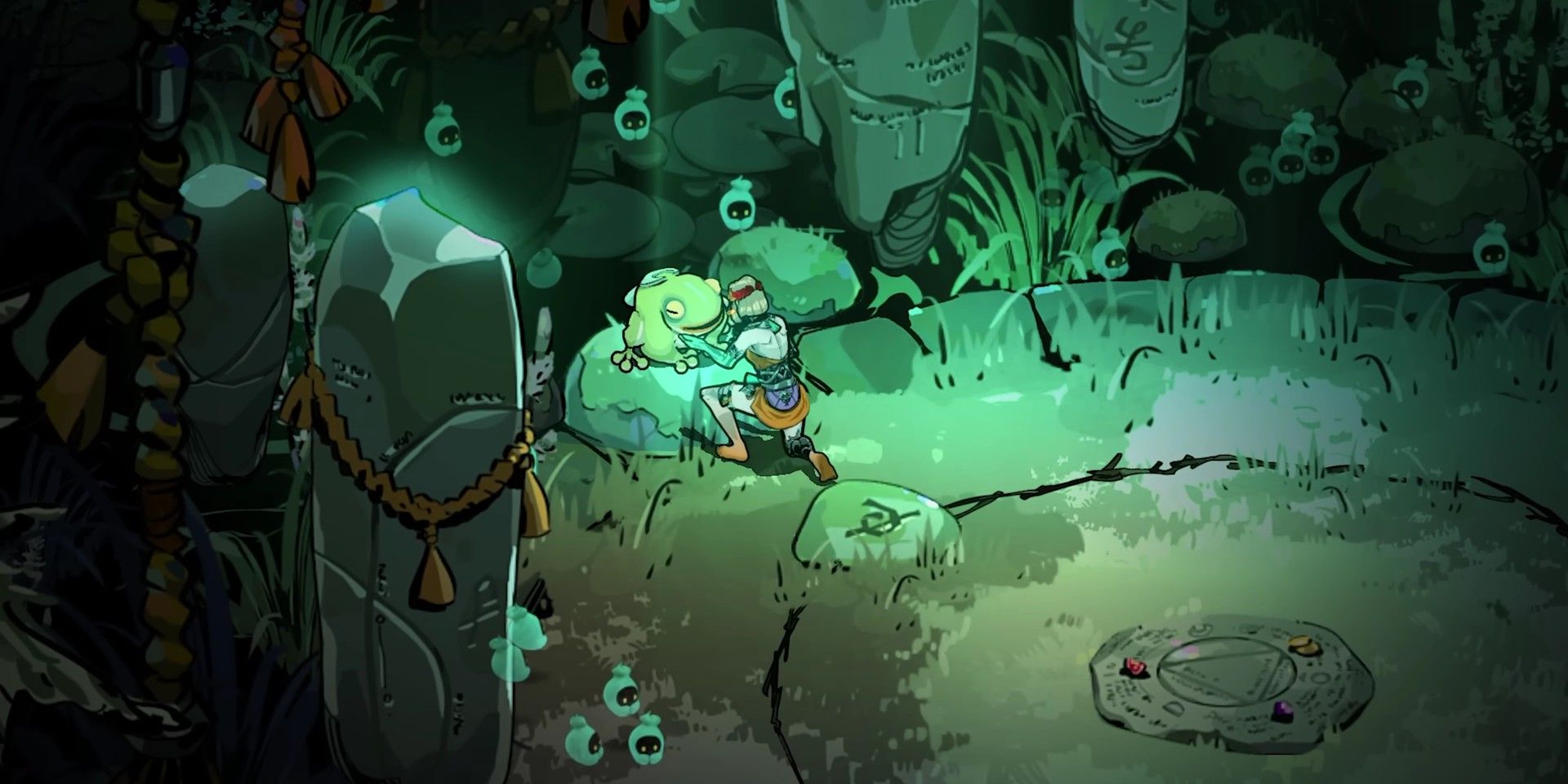 The first Hades title saw you engaging with a number of characters, spanning across the entire Greek pantheon of gods and nobles. Also, Theseus was there. Yet despite this large pool of friends, foes, and fading spirits, the only animal you'd encounter throughout the game is Cerberus, your three-headed underworld pet.

That looks as though it may change in the upcoming sequel, as Melinoe can be seen engaging with an adorable frog (or frog-like being). How you'll be engaging with these creatures is hard to say from this brief shot, but the little guy definitely seems to be enjoying it.

2/7 You May Be Rescuing Hades This Time… 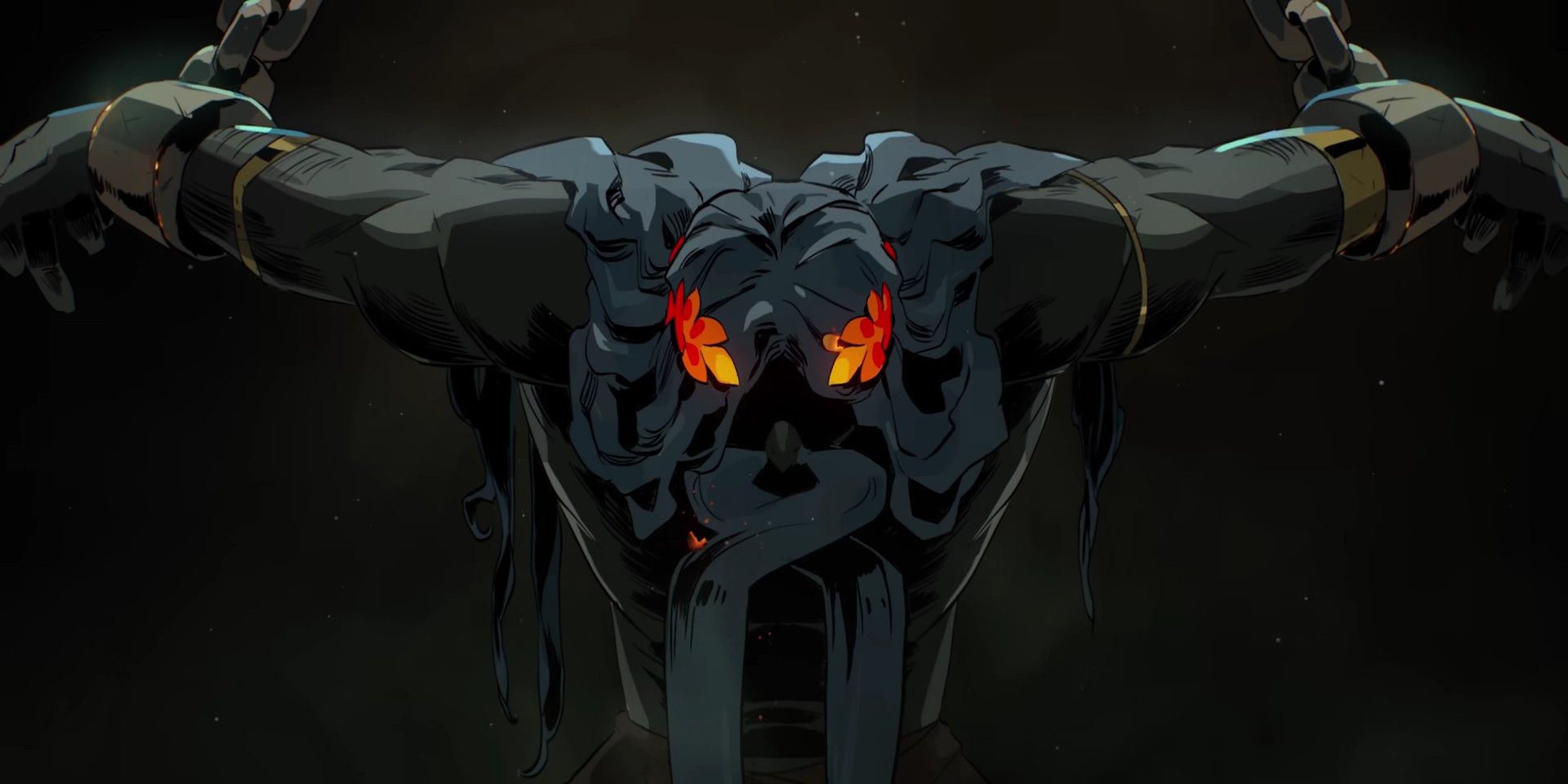 The final shots of the trailer show a chained figure imprisoned with gold cuffs around both arms. Judging by his distinct beard and similar headdress, this would appear to be Hades himself, albeit much older and more withered than we last saw him.

While Hades served as the frequent final boss of the previous game, it seems he may be the very being Melinoe is determined to save from his imprisonment this time. Near the final moments, she asks her father to wait for her, which implies that she's heading in his direction with positive intentions, unlike Zagreus. 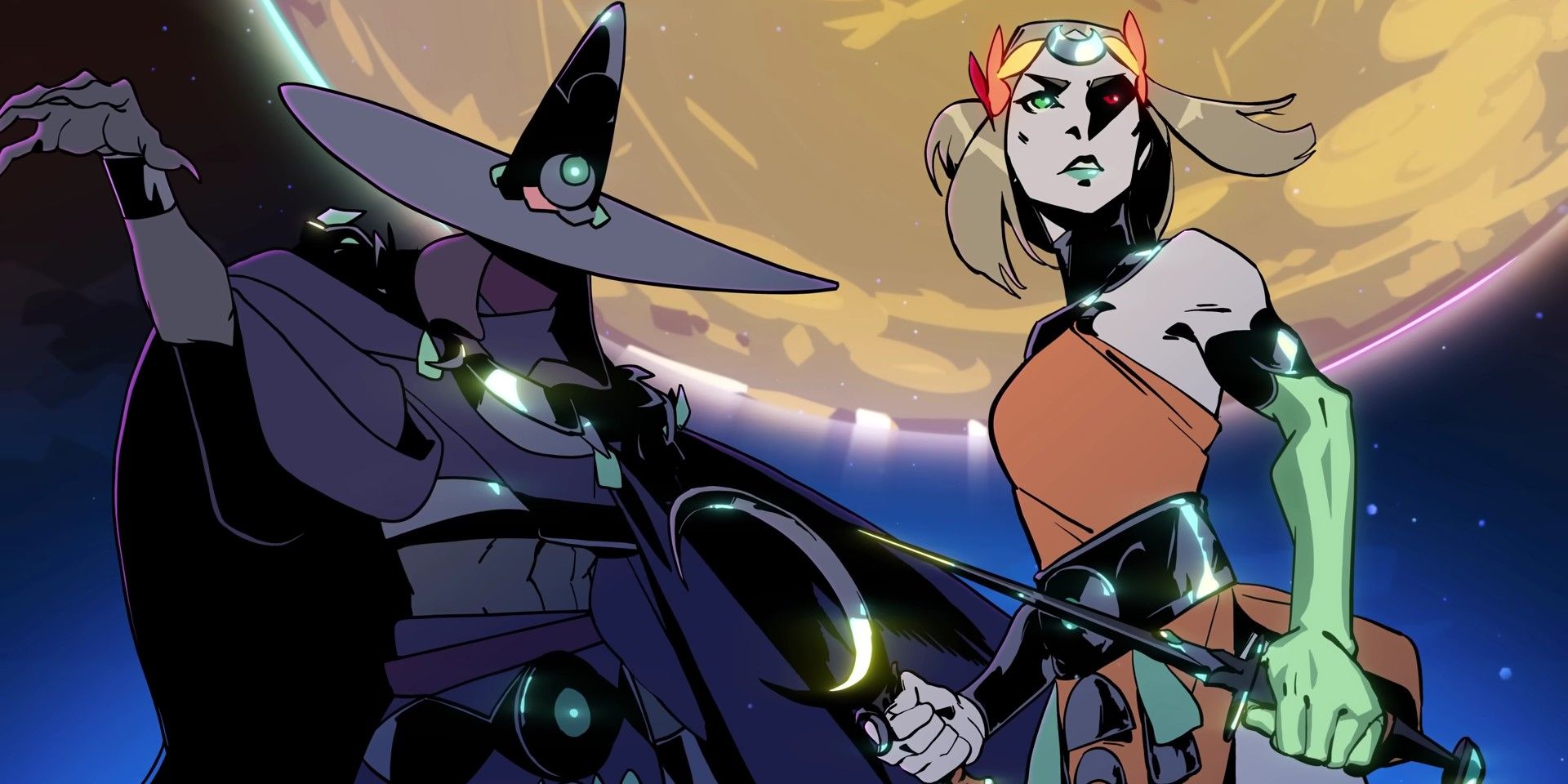 The trailer also gives us a clear indication of what forces Melinoe may need to overcome in order to save Hades. Early on, both Melinoe and Hecate are heard proclaiming "death to Kronos," referring to the Greek god of time. Late in the trailer's runtime, a voice seeming to belong to Hades describes the dangers of facing off with Kronos, describing him as "time itself."

This falls in line with the lore surrounding Kronos, but Hades fails to mention that he's historically been considered Hades' father. Melinoe may be on the hunt for her own grandfather once we finally get our hands on this hotly anticipated title.