You are here:
Home / 7 Things Everyone Completely Missed In High On Life

7 Things Everyone Completely Missed In High On Life

With all the crass jokes and wild misadventures, High On Life feels like a tear through a Justin Roiland fever dream. You have an arsenal of foul-mouthed alien guns that will shoot all manner of crazy projectiles out of their “trick holes,” and a story that centers around your fight against an intergalactic cartel. All this makes for one goofy adventure, and fans of Rick And Morty will feel right at home while playing.

The humorous banter is one of the selling points of the game, but you may be too busy shooting aliens to catch all the references packed into the environment and dialogue. Make sure to take your time while exploring High On Life’s outlandish worlds, it’s definitely worth it. 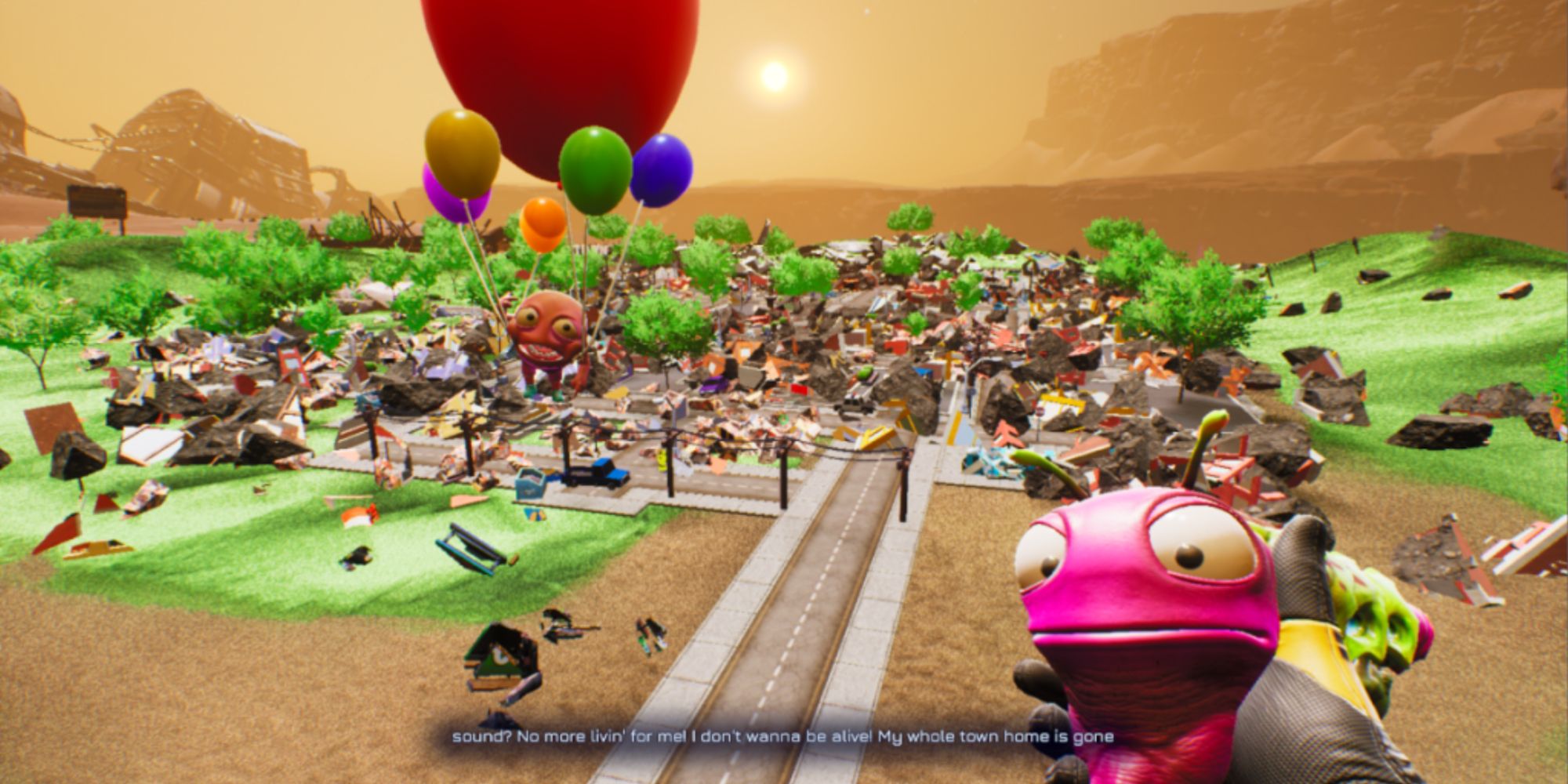 Having the power to effortlessly trample cities is a surprisingly satisfying feeling — although the residents of Cutie Town may disagree. If you go to Blorto’s Food Stall and buy the Cutie Town Warp Disc, you will be transported to a little terrarium-like town. An innocent townie named Cutie Hubie will fly over with balloons, and introduce you to his town.

Things will immediately go south, as you realize every step you take in the town decimates buildings and residents alike. Poor Cutie Hubie will frantically remind you that his friends live in the town below, but destroying buildings is way too much fun to stop. The whole experience will have you feeling just like pop culture's favorite Kaiju, Godzilla. 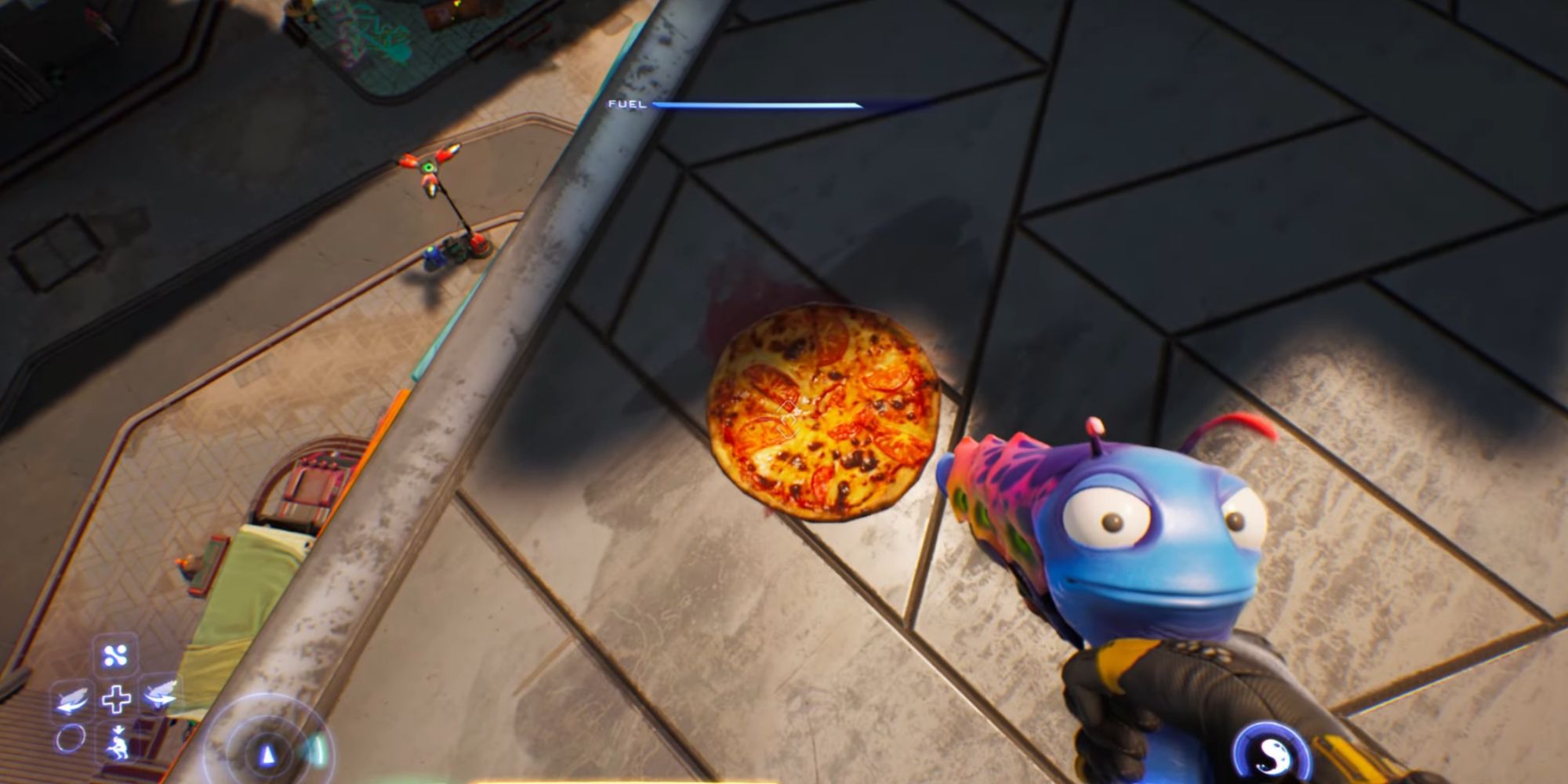 Breaking Bad is a show known for its serious drama and intense moments, but the series did offer a few moments of levity. After a confrontation with his wife Skyler, Walter White hilariously tosses a pizza onto his roof in a fit of rage. This iconic moment from the show has been immortalized as an easter egg in many other games. Given its comedy-focused gameplay, High On Life just had to follow suit.

If you use the jetpack and magnet boots to explore the heights of Blim City, you can find a lonely uncut pizza plopped right onto a roof. Perhaps a similarly frustrated alien felt a pizza-tossing urge? Regardless, this nod to Breaking Bad is a fun way to honor the critically acclaimed show. 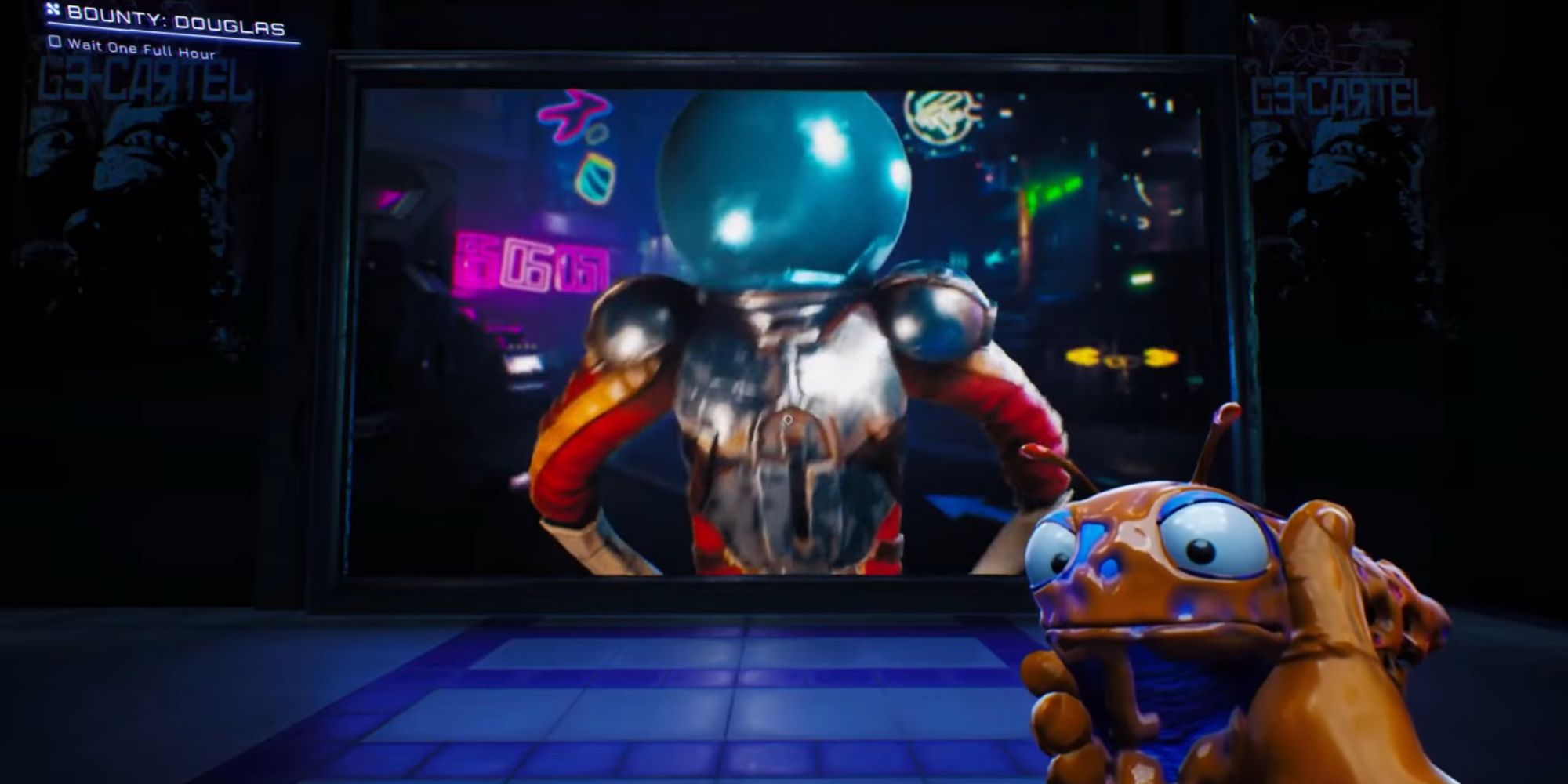 During the story, you will eventually be tasked with infiltrating the G3 cartel. In order to do so, you will be subjected to a series of training videos. The last of these videos will ask you to quite literally wait in the orientation room for an hour. Of course, if you desire, you’re given the opportunity to escape early through a hole in the wall.

But if you’re really curious, the game will actually play out the entire one-hour wait. Every 15 minutes, your recruiter will do a check-in and congratulate you for making it as far as you have. After the agonizing hour is up, you may be expecting a reward. Nope! Instead, the recruiter will sarcastically berate you for wasting your time. Thanks for nothing. 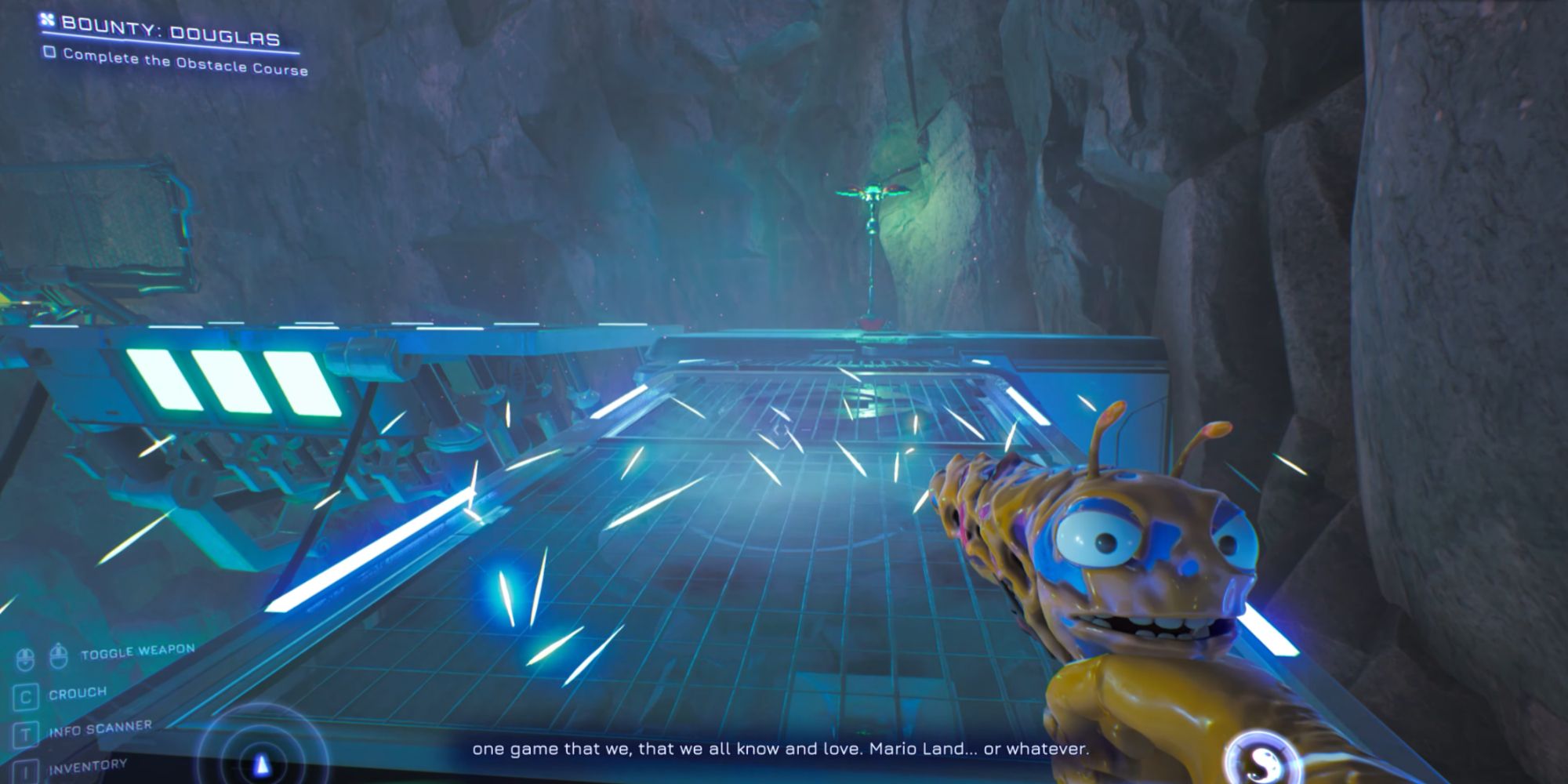 During the Douglas bounty mission, you will need to make your way through a platforming section. Electrified floors will block your way, and they will require nimble jumping to get past. As you hop around, your gun Kenny will remark “This looks like some simple platforming… like that one game that we all know and love. Mario Land… or whatever.”

This fun fourth wall break is a clear nod to the Super Mario franchise, which is a series that has become synonymous with the platforming genre. 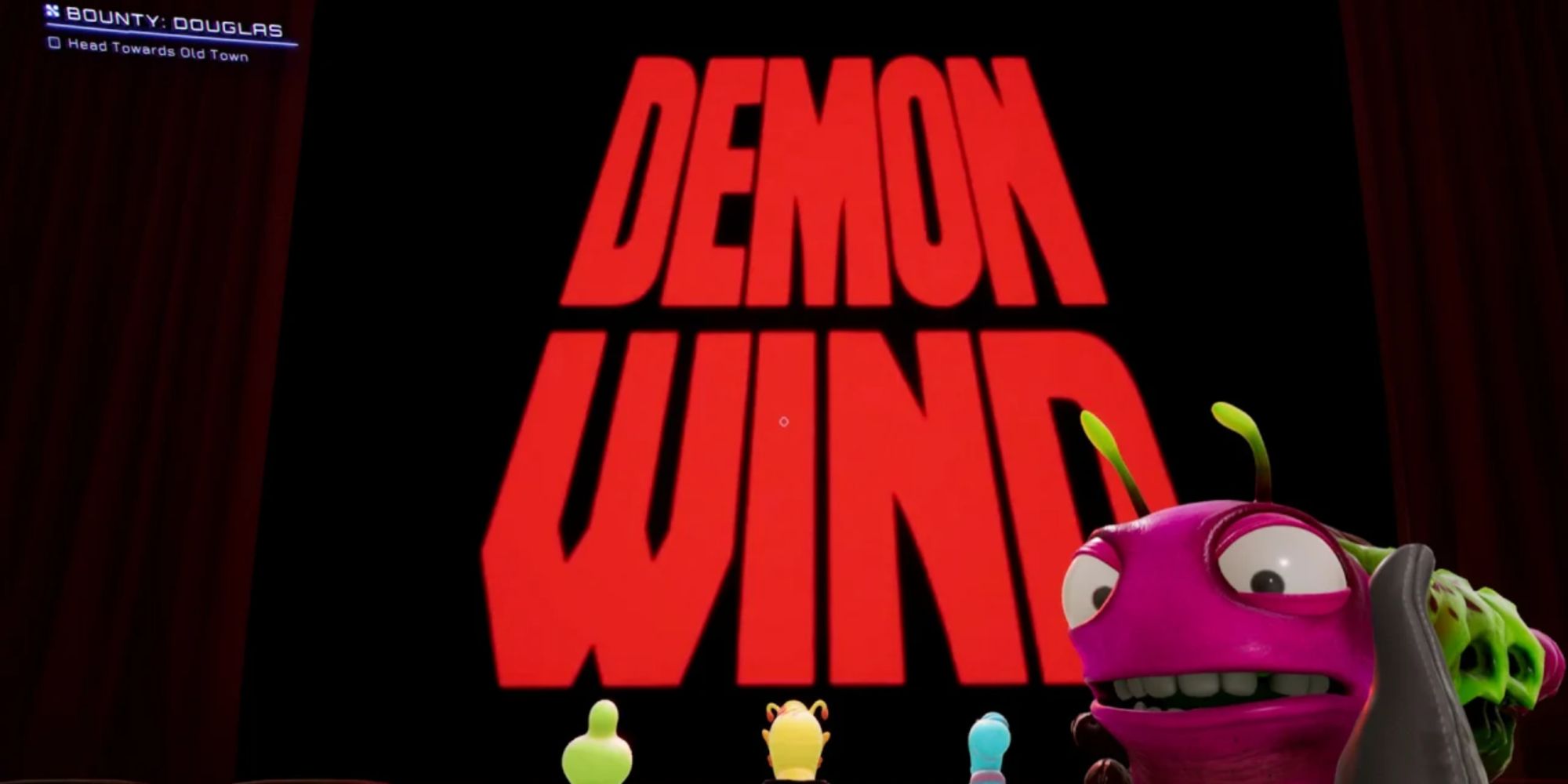 High On Life doubles down on films, and if you want to take a movie break from the story, look no further than the in-game theater. Inside, you’ll find the full-length 1990 film Demon Wind playing on the big screen. This is not an exaggeration, and if watching a full hour-and-a-half film in High On Life sounds fun, then you should grab a seat. This comes complete with a front-row trio making commentary about the film, but that’s something you should experience for yourself.

Hilariously, it’s not the only feature-length film that can be experienced in the game. If you decide to sit down with Gene, you can watch a variety of other real-world movies on his TV. The game really doubles down with cinema. 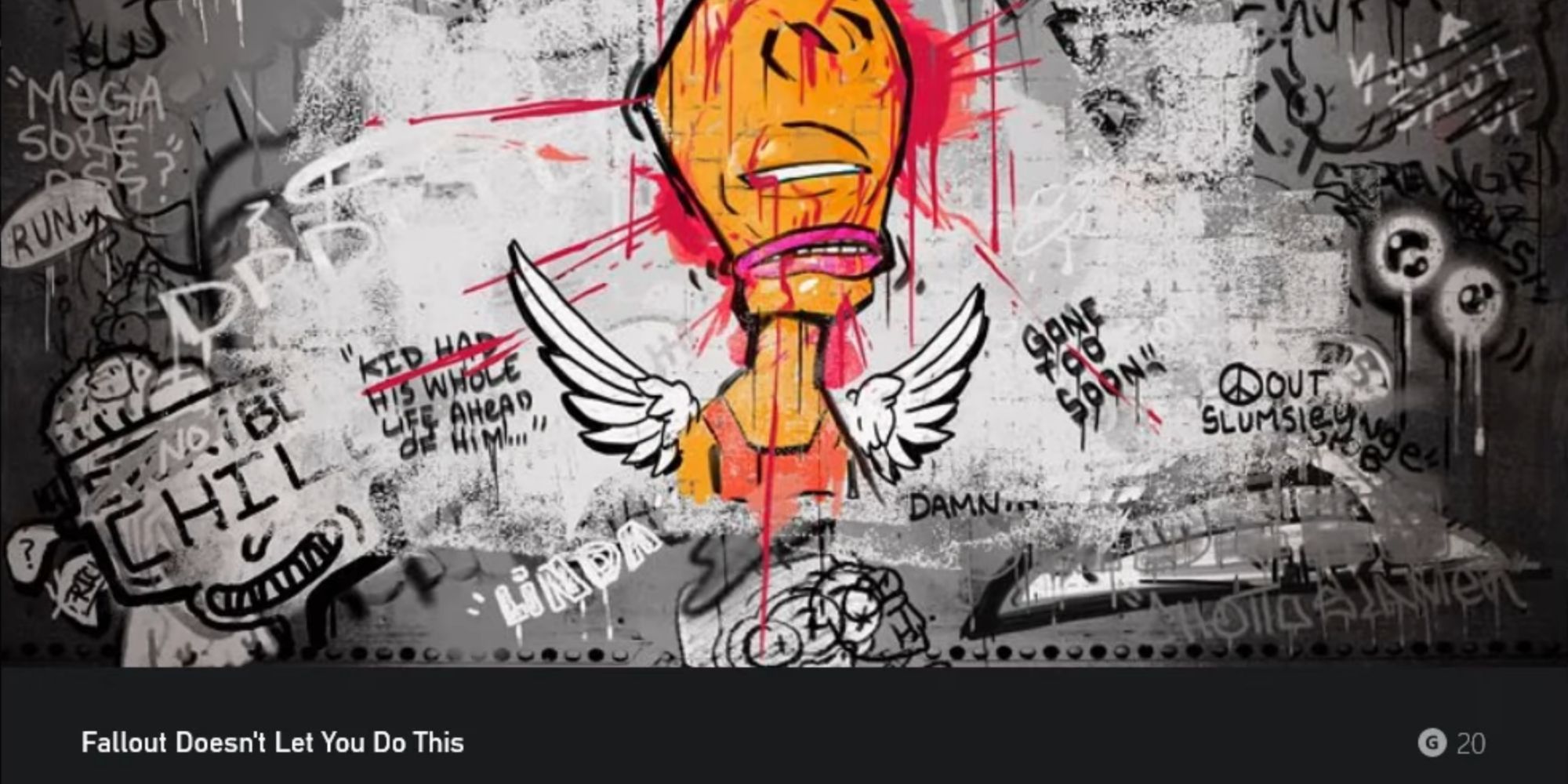 NPC children in video games have always been safe from player attacks. Fallout is a series that is especially known for obnoxious child NPCs that can’t be harmed in any way. After all, what game wants to cross that moral line and have that kind of reputation? High On Life takes that ball and runs with it. In the Blim City slums, you will meet a child alien who repeatedly goads you into shooting them. Kenny will urge you not to do it, but your instincts from other games will tell you that nothing will even come of it.

If you decide to take the shot, the results will be hilariously surprising. You will even unlock an achievement titled “Fallout Doesn’t Let You Do This,” to commemorate the moment. 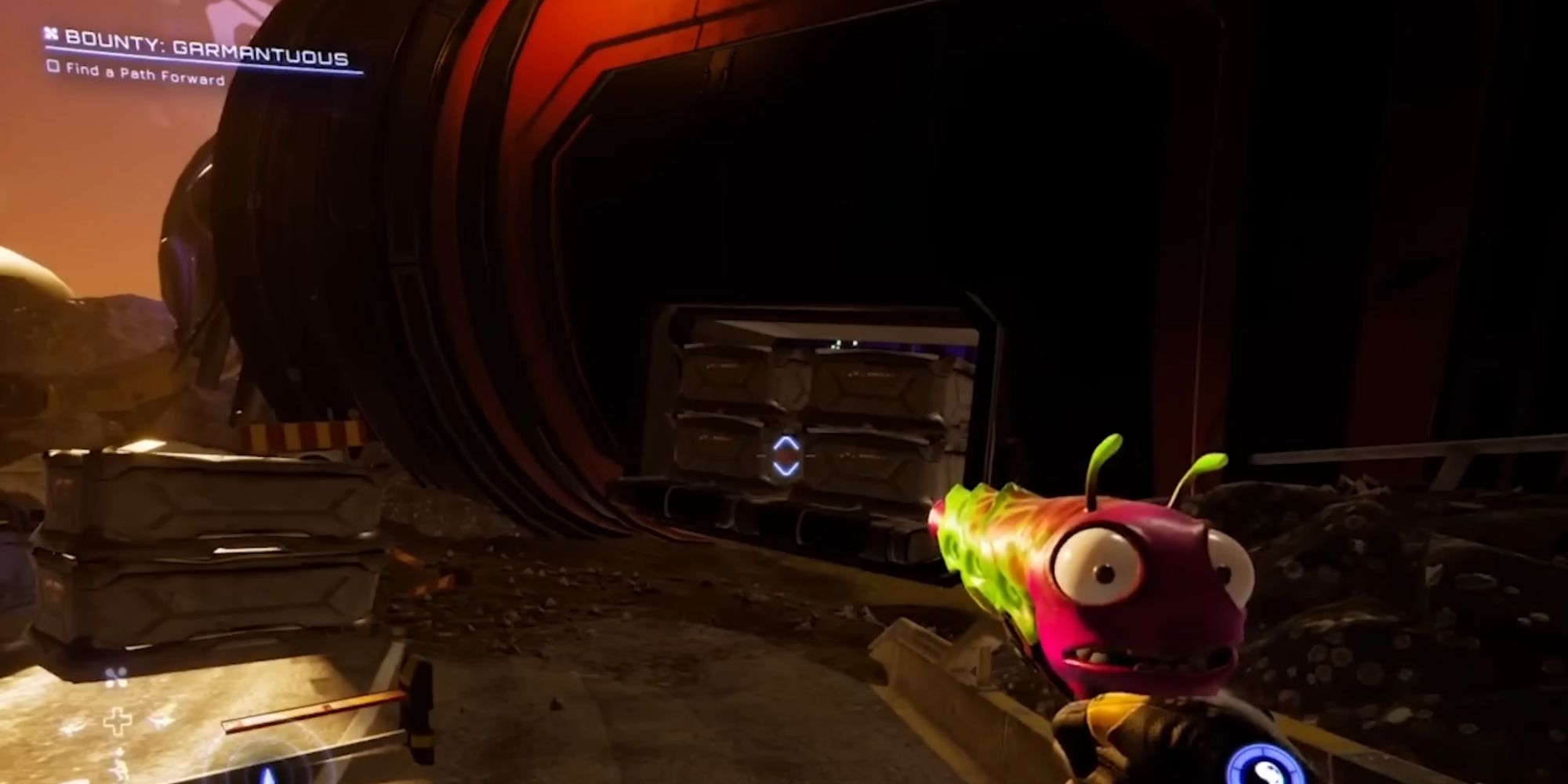 During your travels in the Port Terrine world, you will eventually reach a blocked-off pipe that causes an outburst from Kenny. He will immediately hold a number of real-world video game outlets accountable for considering this “lazy level design” in their review score. Kotaku, Polygon, and IGN are all directly referred to by name.

The funniest part about this fourth wall break is that these media outlets will now have to actually consider Kenny’s point, even if it’s just for laughs.