You are here:
Home / 7 Changes To Make Potion Permit Go From Good To Great

7 Changes To Make Potion Permit Go From Good To Great

In a time hallmarked by wholesome games, Potion Permit is charming in a lot of ways. It’s got all the charm of the small-town farm sims, without any of the farming — instead, you’re a chemist in a small island town seeking to cure whatever may ail the locals when they get sick or injured, earning their trust and befriending them along the way.

But for as charming as the game is, there are a handful of things you might come up against that frustrate. The game is a sure-fire indie darling, but with a bit more polish and shine, it’s got the trappings of something truly great. 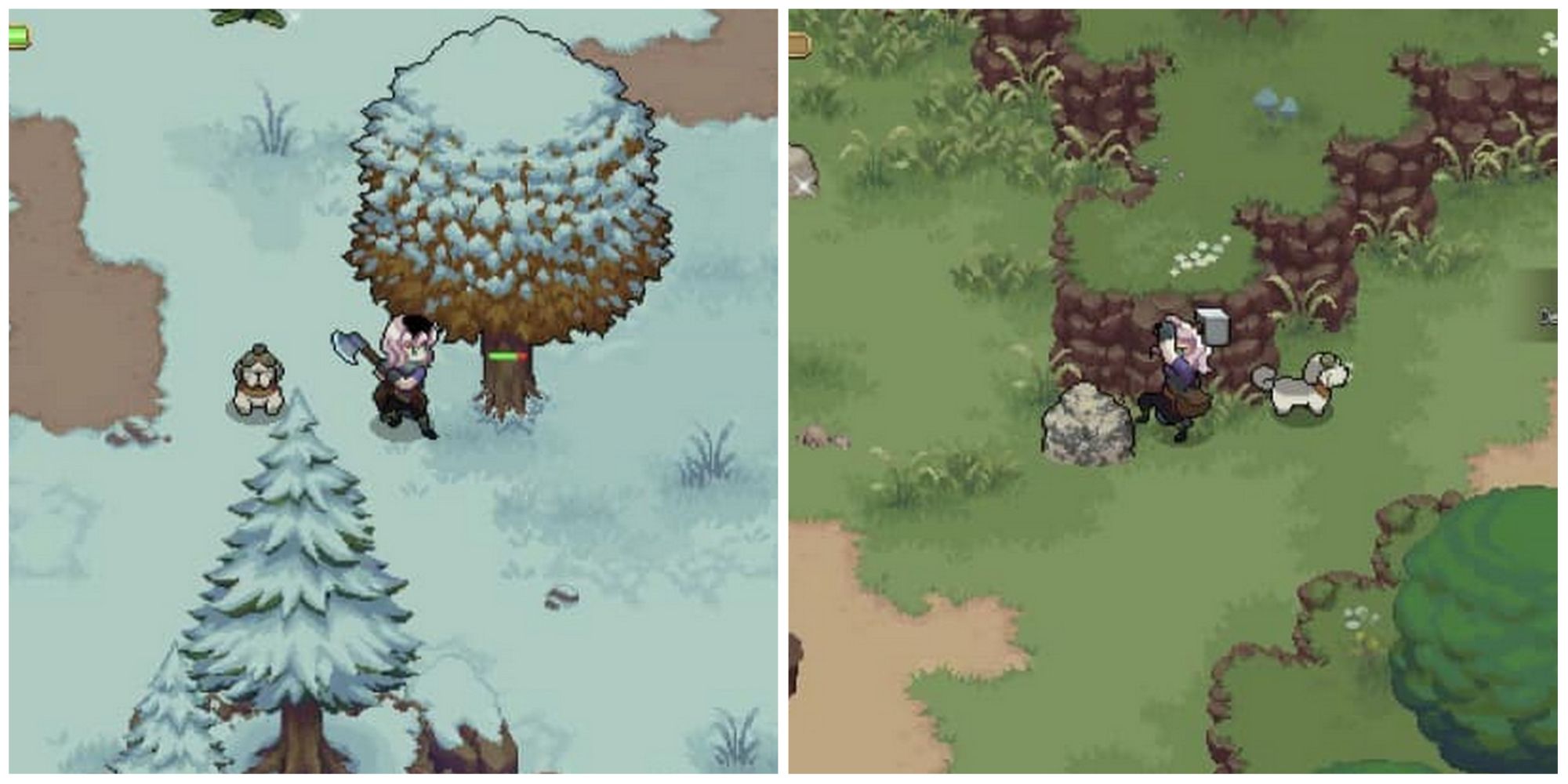 Wood and stone are both critically important resources in this game, as they’re required for upgrading everything from your tools to your buildings. You’ll be out in the areas outside of town quite often for potion ingredients, anyway, but with all the monsters lurking and all the plants to take for potion-making, it can be a bit challenging to obtain all the building materials you need.

Stardew Valley allowed you to buy these materials, and Potion Permit definitely already has the building blocks that’d make it easy enough to do the same. Bubbles will sell you any plant ingredient growing in areas of the wilderness you’ve unlocked, so why can’t she also sell wood and stone? Reyner at Bulk and Buy, or Opalheart and Runeheart at Hearts and Sparks, are both great candidates for the vendor role, too. When there’s enough going on with potions and quests, having to venture out specifically for wood and stone gets old fast.

6/7 Let Us Dump Our Significant Others 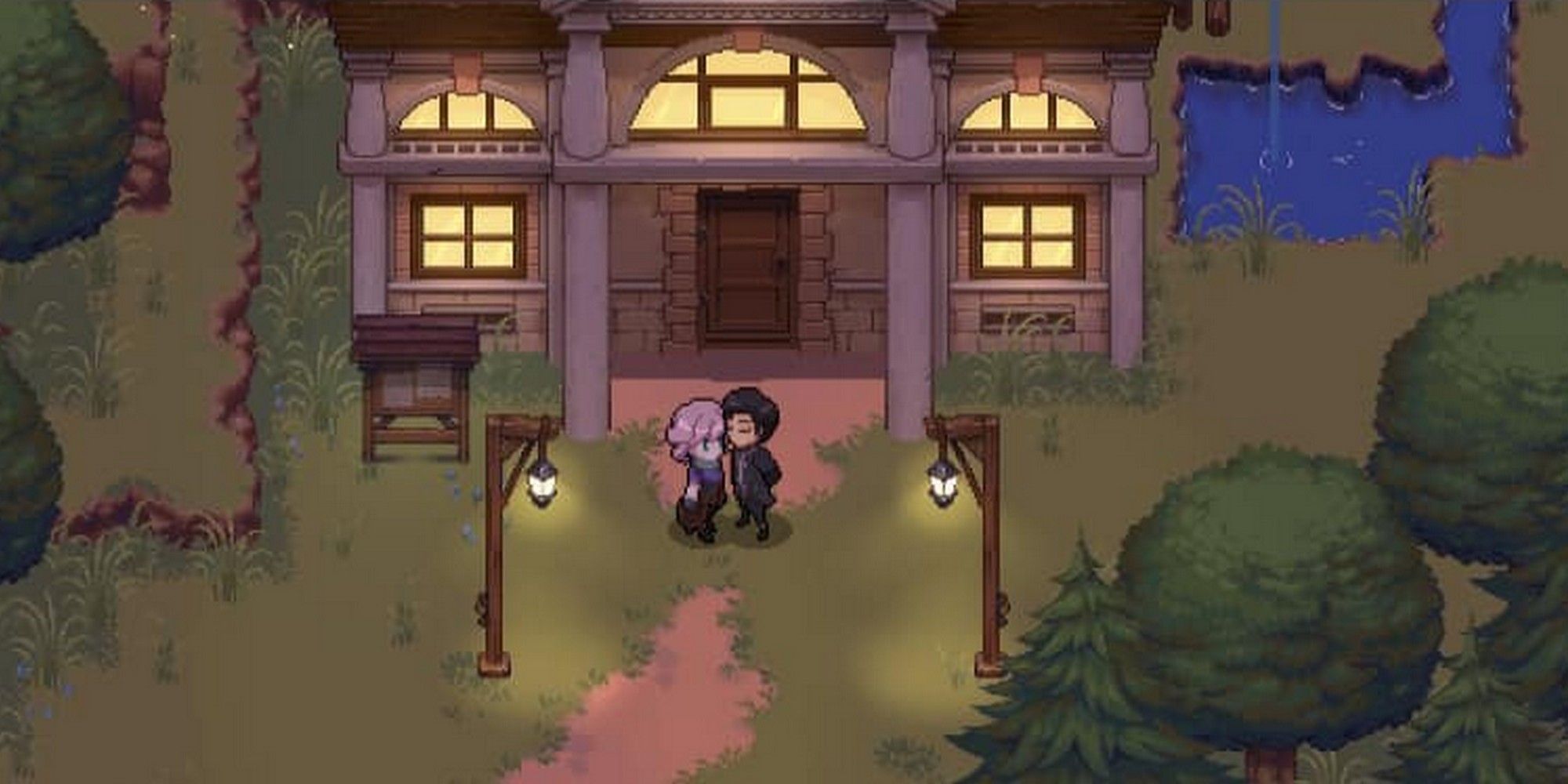 Though you’re not forced to date in the game, nor are you able to marry your partner and move them into your house even if you woo them, you are able to take your dearly beloved on several cute date spots around town.

But you’d better really like who you give a Moon Pendant to when Nova begins selling them after you reach full friendship with one of six of Moonbury’s most eligible singles, because there are no take-backs here. If you want to date someone else, you’ve got to start a whole new save file and play the game again. We get it, breakups suck, but sometimes, they’re necessary. 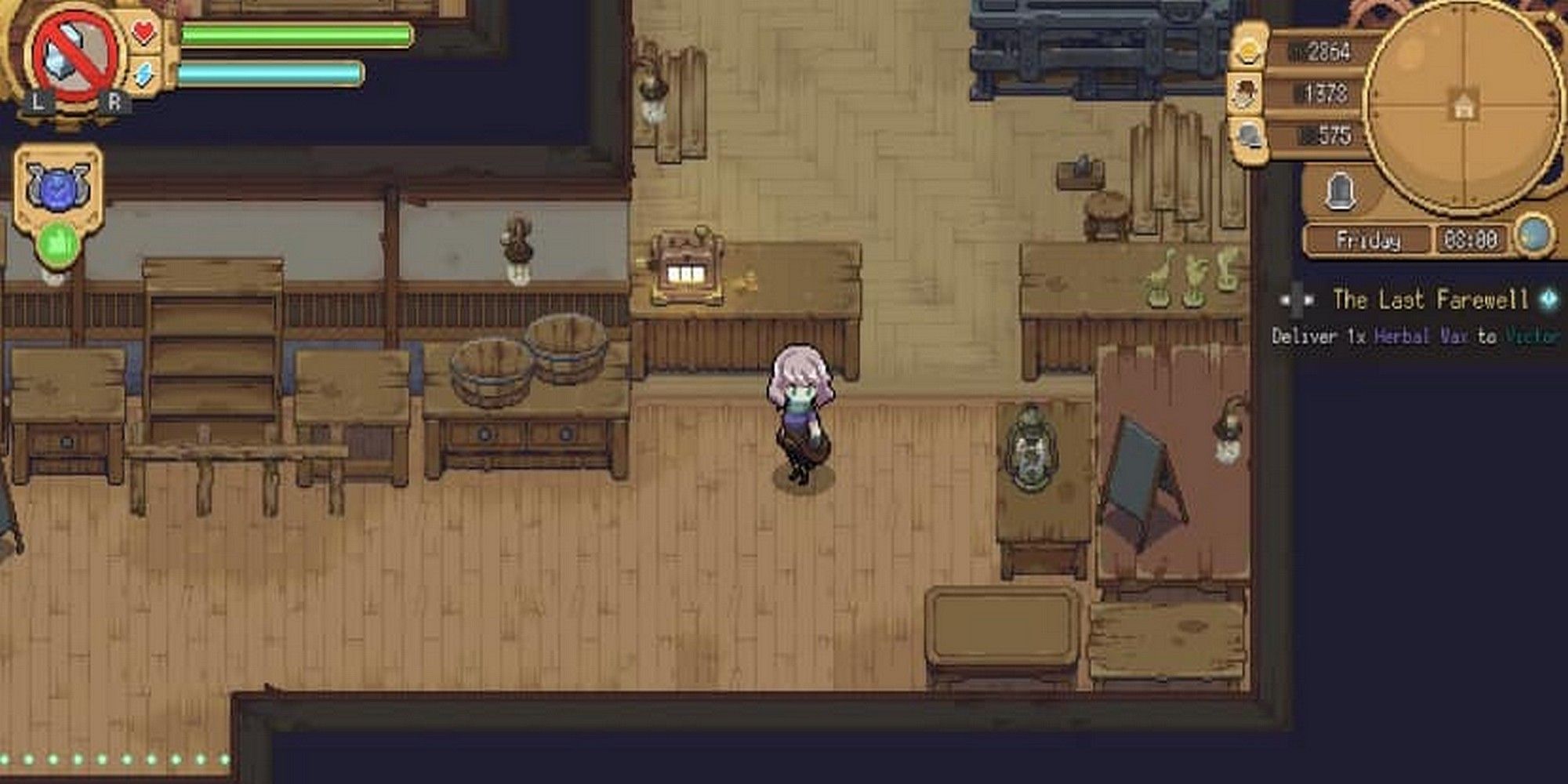 One of the most frustrating things about games like this is how hard it can be sometimes to find the person you need for a quest or whose friendship you’re trying to improve. Thankfully, our pup in Potion Permit has the keenest nose of all, and having them able to sniff out even the most elusive of residents was an absolute life-saver.

But part of the need to do that is that the characters aren’t always where you expect them to be, which can become a little frustrating. You’ll notice it most with the townsfolk who own shops, who you’ll regularly walk past in the streets while their store is open and accessible even without them there. Runeheart and Opalheart were on their way out of Hearts and Sparks at 4:30pm one afternoon, an hour and a half before their store closed, and they didn't come back. So when you pay for your upgrades in that situation, who's the one making it?

4/7 Give Us More Romance Options 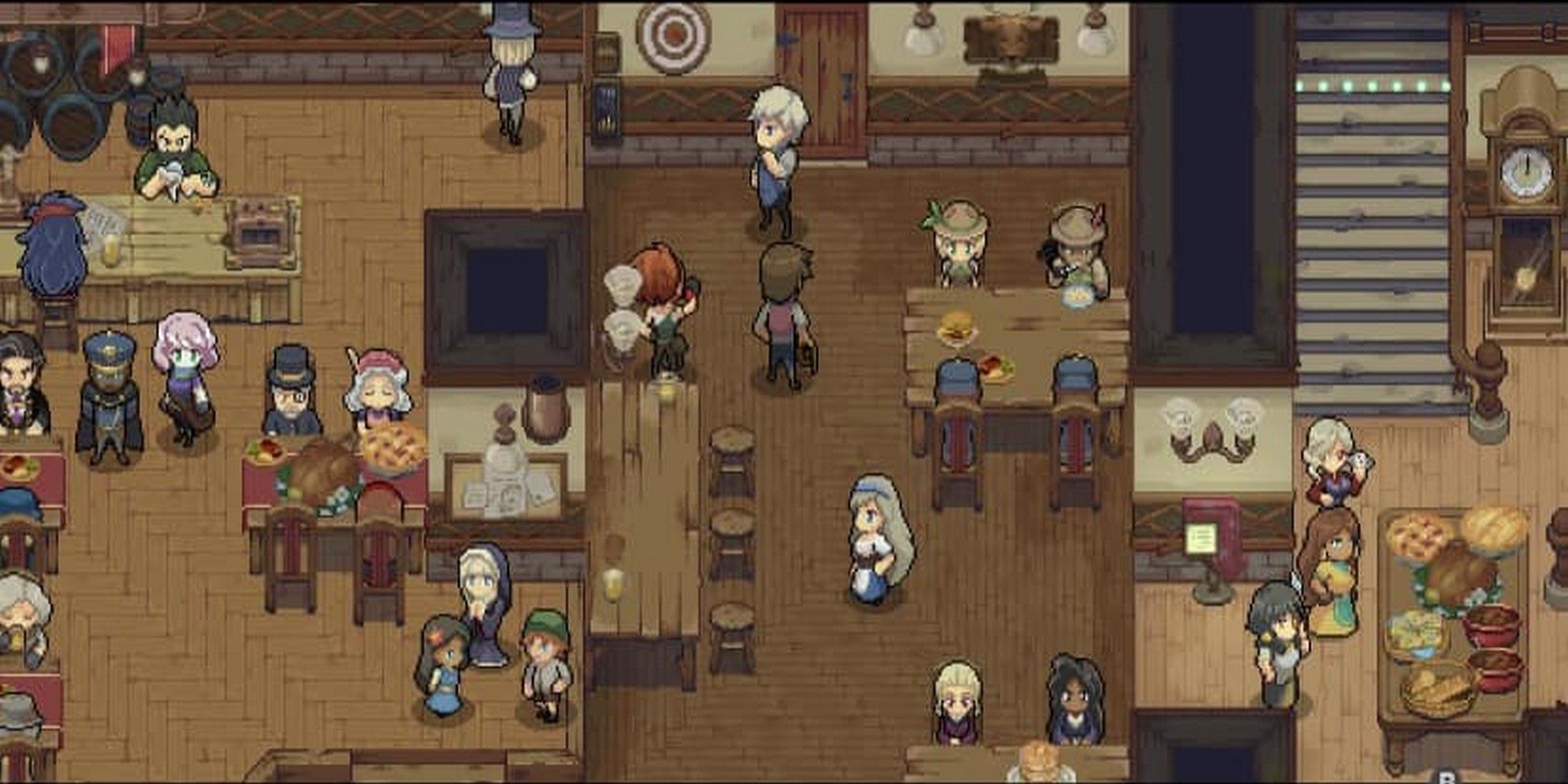 There are six Moonbury residents available if romance is your speed: Leano, Martha, Rue, Xiao, Reyner, and Matheo. You’re able to date any of the six regardless of gender, which is great, but you're only able to date these six characters, regardless of how often the others might talk to you about romance.

Once you get to know him, Lucke often tells you that his mother, Mercy, really wants him to get married, but you’re not on his radar, apparently. Helene is flirtatious as part of her character, which works for her, but she doesn’t actually want to date you, or Dean, or anyone in town. Forrest and Bubbles are both total sweethearts, too. With a good number of characters around your chemist’s age in town, limiting us to only six options feels a bit restrictive. 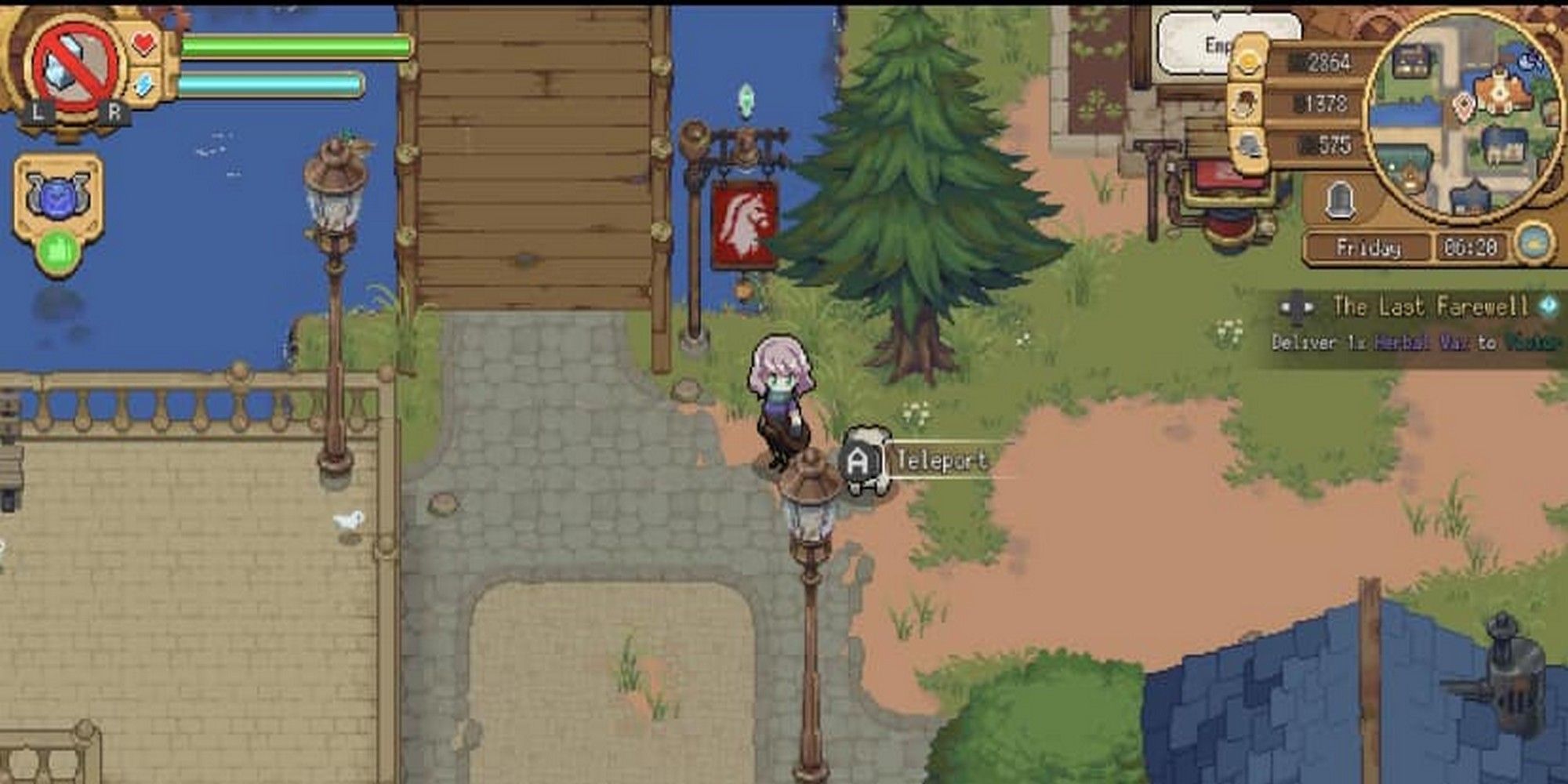 The ability to teleport in Potion Permit is a real plus. Moonbury is small, but the map is big enough that walking everywhere can really shave time off of your day. There are a good number of teleportation spots dotted around your map, both in town and out, but some of them will go unused, while others will frustrate you with their location.

As they are now, there are some huge distances between spaces you’ll use fairly often. Specifically, it feels like you could use one down by Moonbury Park and Bulk and Buy. Between the bathhouse and Rue's house, there's nowhere to warp, but there are two spots up north — the potion house and the one by town square — where you can warp. Just one or two more strategic teleportation banners could save a lot of time. 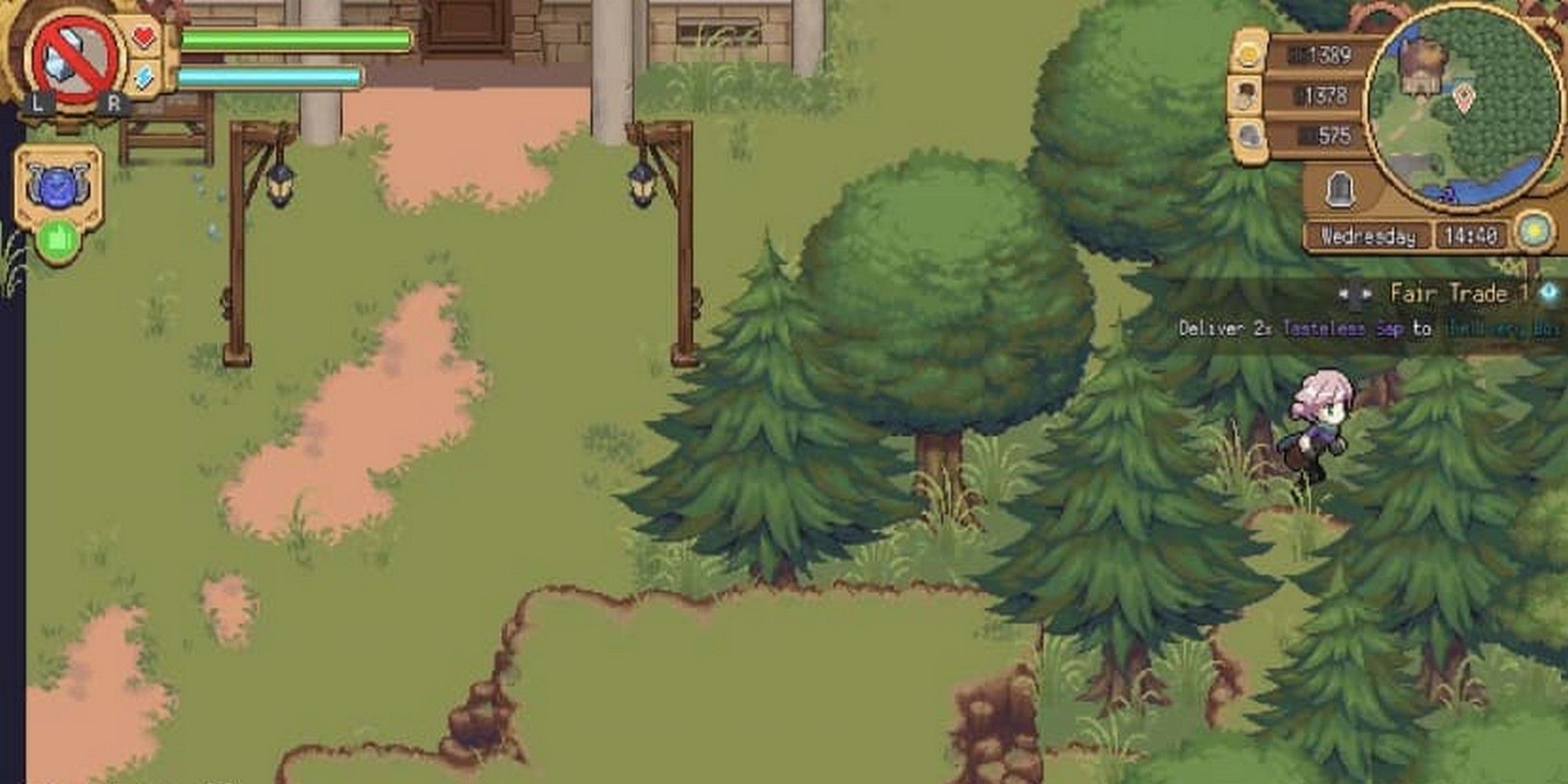 While the game has undergone several patches to iron out kinks found by early adapters of the game, there remain a few that could use a little more attention. Technology and code is never perfect, of course, and there are bound to be ways to break the game if you try, but it’s not that hard to find yourself in peculiar predicaments.

Players around the internet have reported a number of tiny quirks with the game, not enough to break it but definitely enough to notice. When you ask your dog to find Dev but it's Dan's time to shine, your dog will lead you someplace random and occasionally disappear after that. Quests get stuck on people's screens as if they're still pending, when they've been fully completed. There doesn't seem to be anything totally game-breaking, but enough minor irritations add up over time.

1/7 Make It A Little Harder 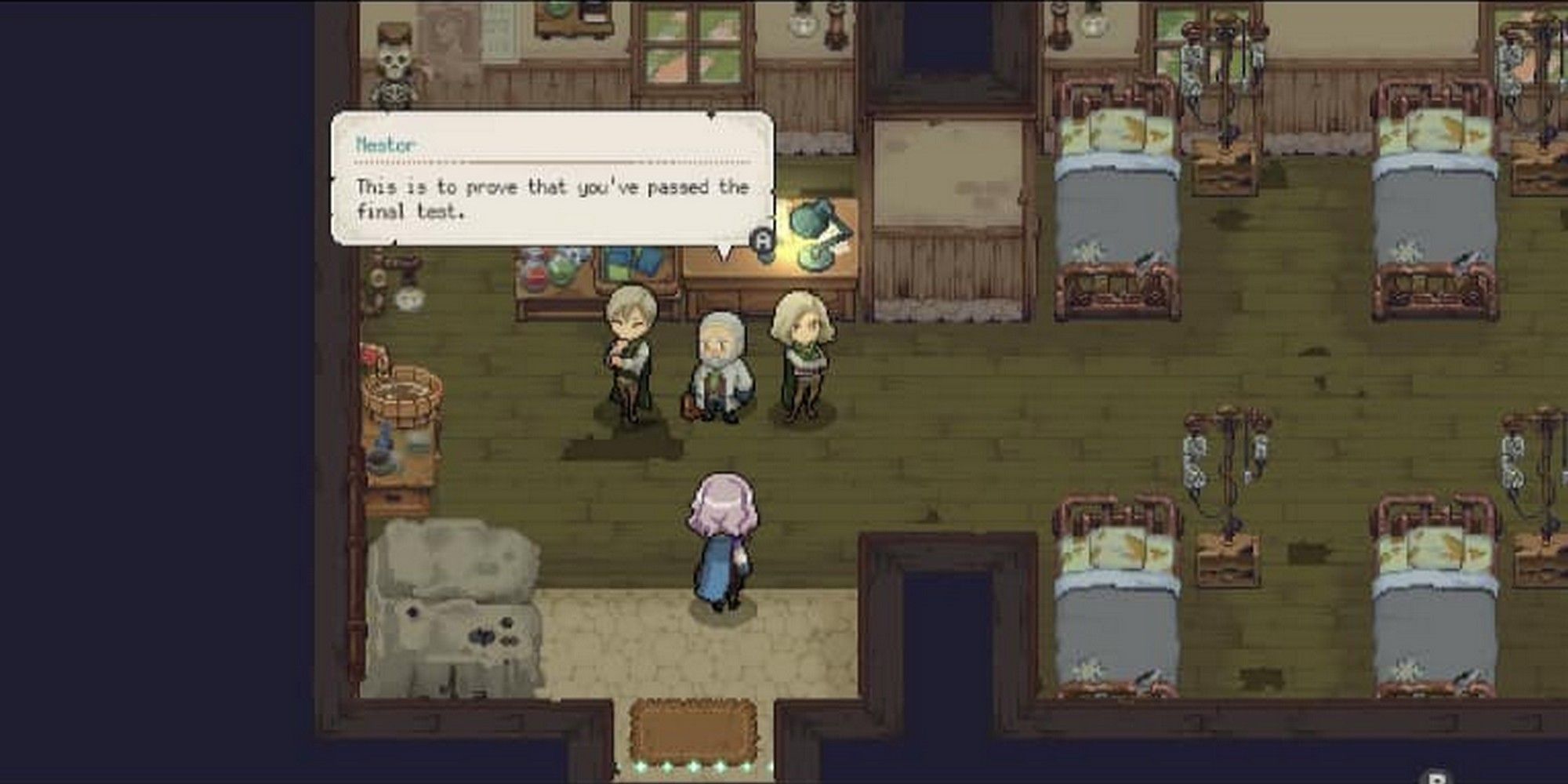 Okay, we know a good indie darling like Potion Permit is meant to help us relax, take a load off, and just enjoy some relative serenity, living in a quiet island town populated by charmingly quirky residents. We don’t mind a game like this being easy, but if you want any semblance of a challenge, Potion Permit may not be the game for you.

You’ll never really want for much in this game, and it never gets more difficult (outside lower-quality tools being effectively inefficient in more advanced areas of the map). The biggest annoyances are running out of a potion ingredient, but it never matters much because you have four days to heal your patients, even if they’re there for something simple like dry mouth or a bruise. Sometimes you might get hit a little too hard by an enemy in the wild, but Forrest kindly takes you home and puts you to bed, where you wake up at noon the following afternoon with no penalty, monetary or material — you just lose a few hours of the next day, but without much going on that's time-sensitive, it doesn't usually matter that much. Even just giving us the option to ramp up the difficulty a bit could help keep things with Potion Permit fresher, longer.