Post-apocalyptic video games are popular because they immerse you in a world we can't, and hopefully won't, experience. Not only are there regular games set in post-apocalyptic worlds, but there are many virtual reality games that also take place in futures completely changed because of war or disease. Alternatively, you'll occasionally encounter post-apocalyptic worlds with unrealistic attributes; however, that often makes them more interesting. 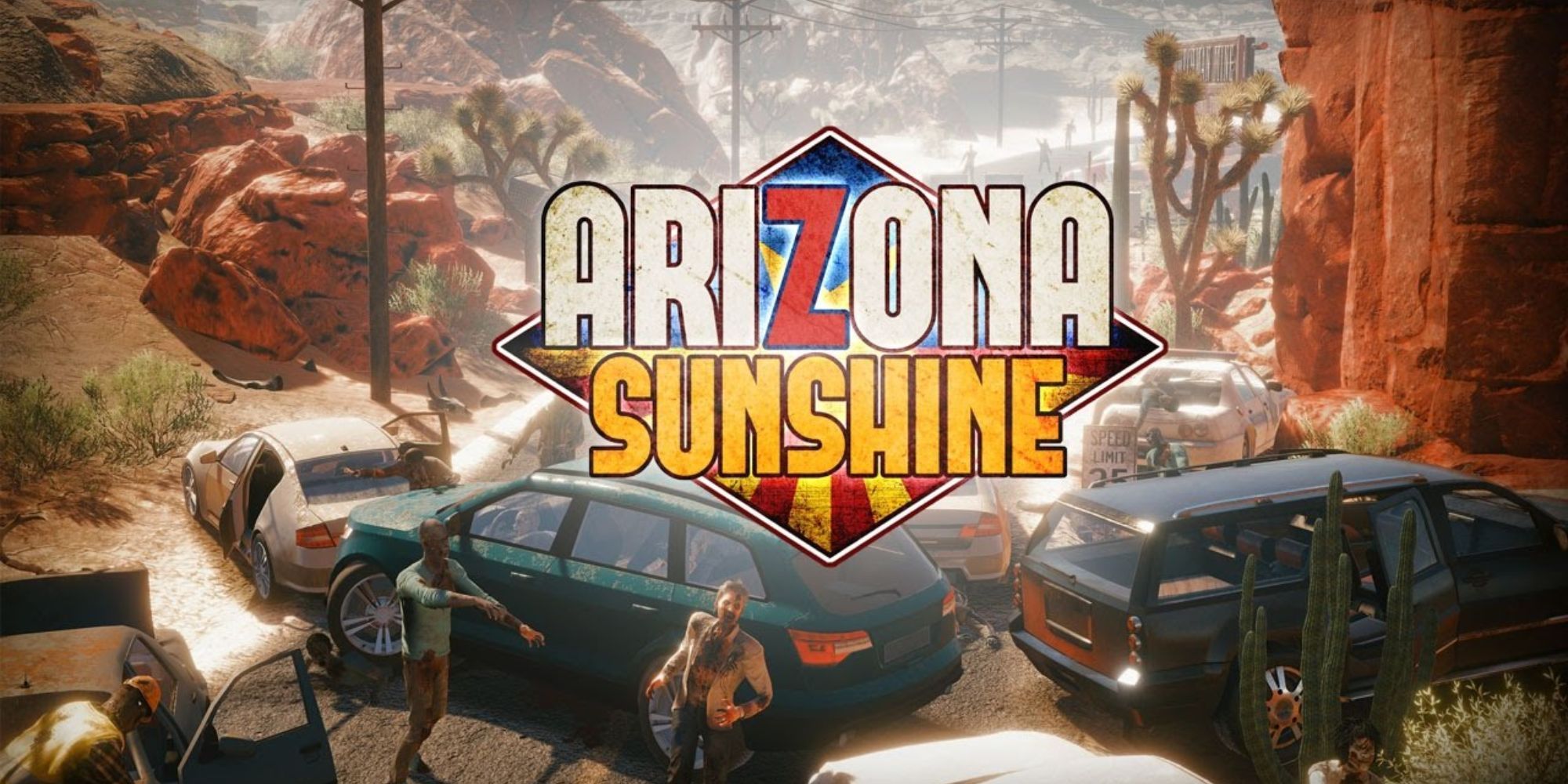 Arizona Sunshine features a zombie apocalypse where you have to defeat hordes of zombies to survive. The concept is traditional; however, the VR gameplay makes it very unique. You can use guns to fight zombies with motion controls, which adds to the overall immersion of the experience.

There's also a story mode that you can play, although you'll likely spend most of your time in the horde mode to test your skills against waves of terrifying zombies. Arizona Sunshine is available on the PSVR, PCVR Headsets, and the Oculus Quest. 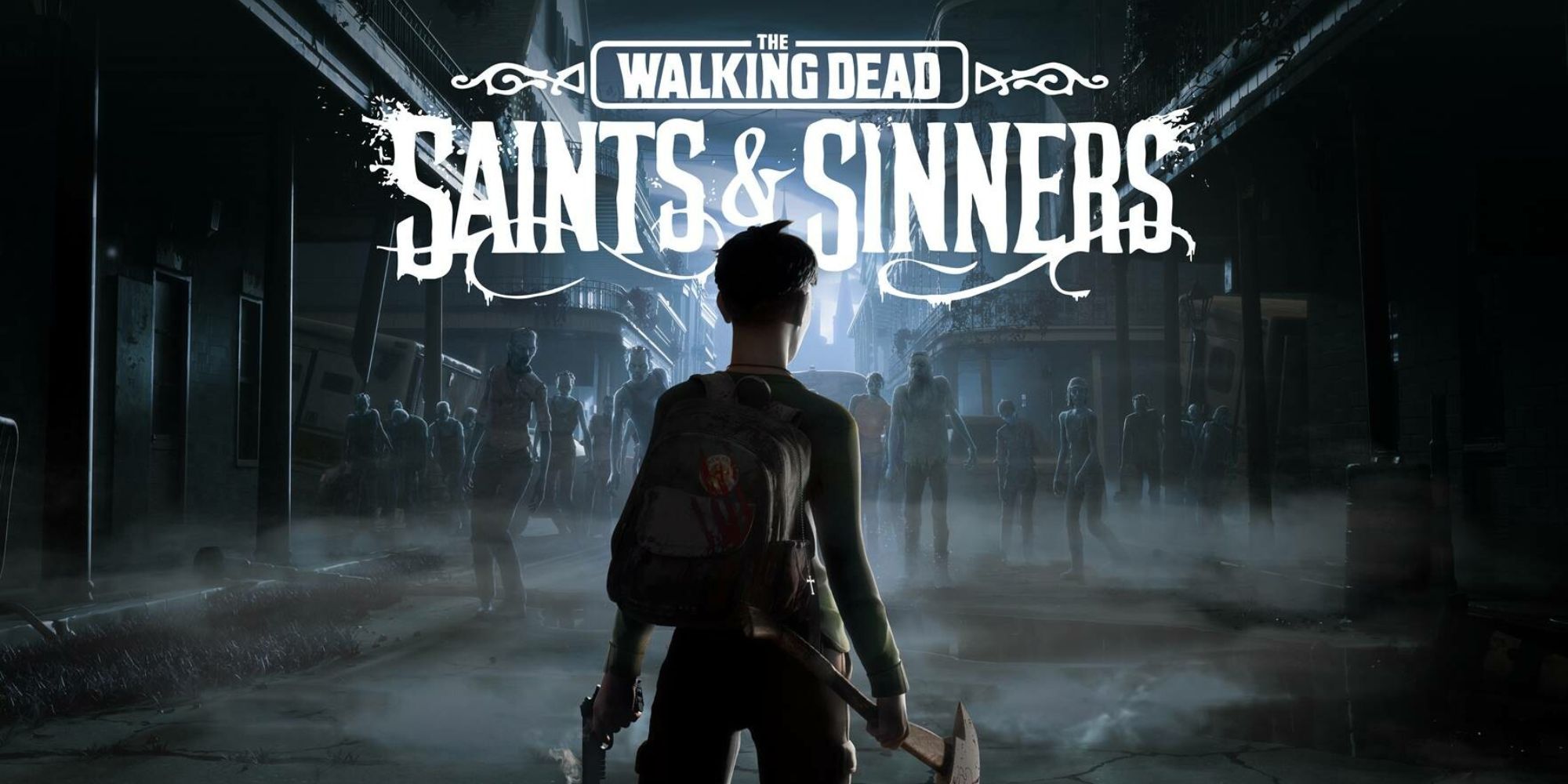 The Walking Dead is a popular franchise, so it's not too surprising that it's also one of the first zombie games to become a major success in virtual reality. The Walking Dead: Saints & Sinners gives players the chance to explore multiple open-world environments with houses, characters, and quests, along with powerful zombies. There are items to loot within each house, which becomes a key part of gameplay.

The combat is what makes The Walking Dead: Saints & Sinners a success because it feels so real. You need to grab zombies to push them away and stab or shoot their brains while struggling against them. There's also a story to follow but roaming around with no particular goal is just as much fun. The Walking Dead: Saints & Sinners is available on the PSVR, PCVR Headsets, and the Oculus Quest. 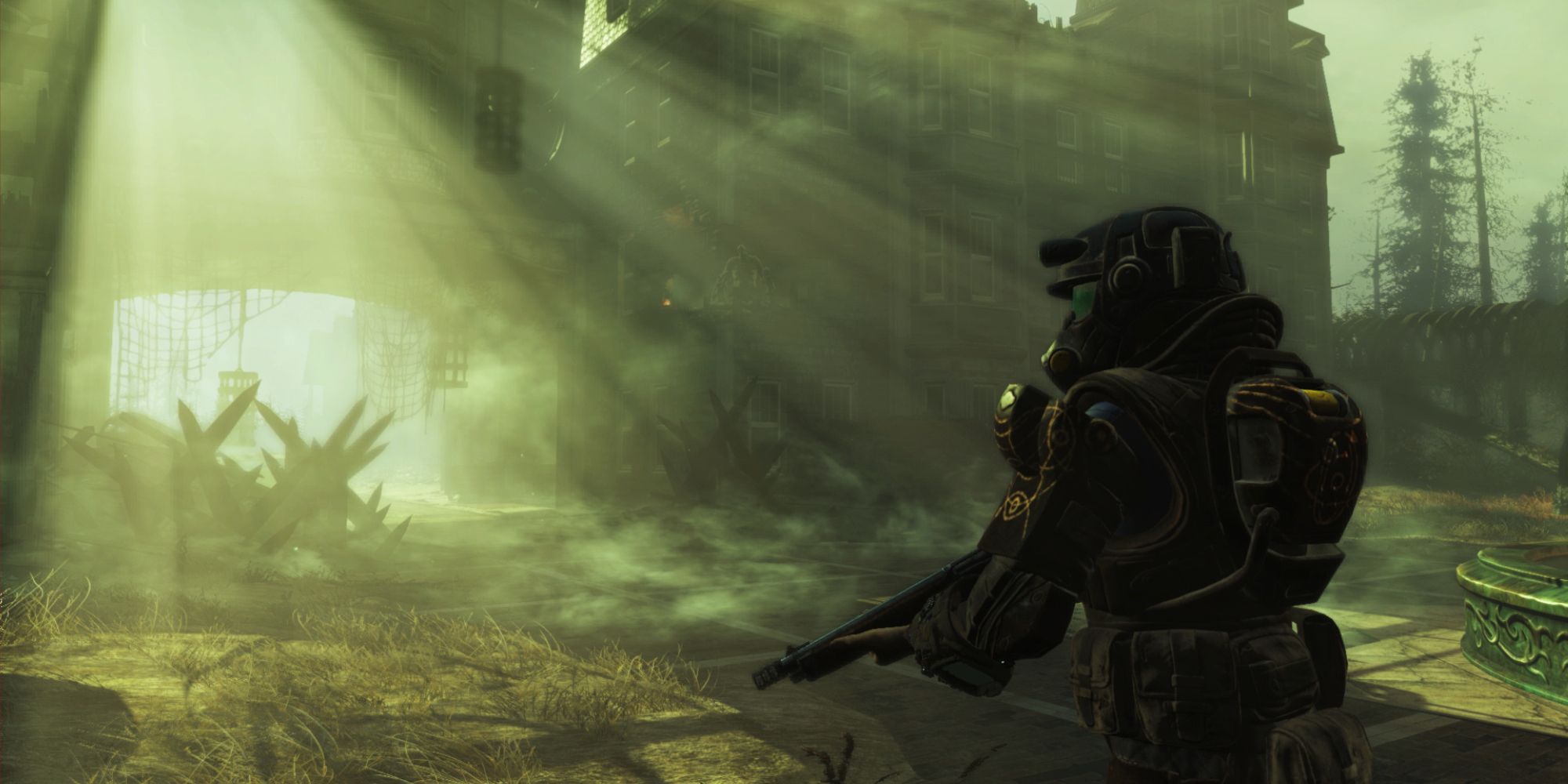 Fallout 4 welcomes you to a post-apocalyptic Boston, also known as the Commonwealth. In this unforgiving world, you need to fight Raiders, Ghouls, and Super Mutants to survive and find your son. The main story includes multiple factions to choose from, all with their own goals and morality system. You probably already know all of this, but everything changes when you're seeing it all through a headset.

Enemies aren't the only threat in Fallout 4, as you also have to be careful of radiation. The threats throughout the Commonwealth are greater than most other post-apocalyptic games, and you can activate Survival Mode for an even more difficult experience. You control your character with motion controls so you can shoot, slash, and throw weapons at enemies, to truly immerse yourself. You can experience Fallout 4 on PCVR headsets. 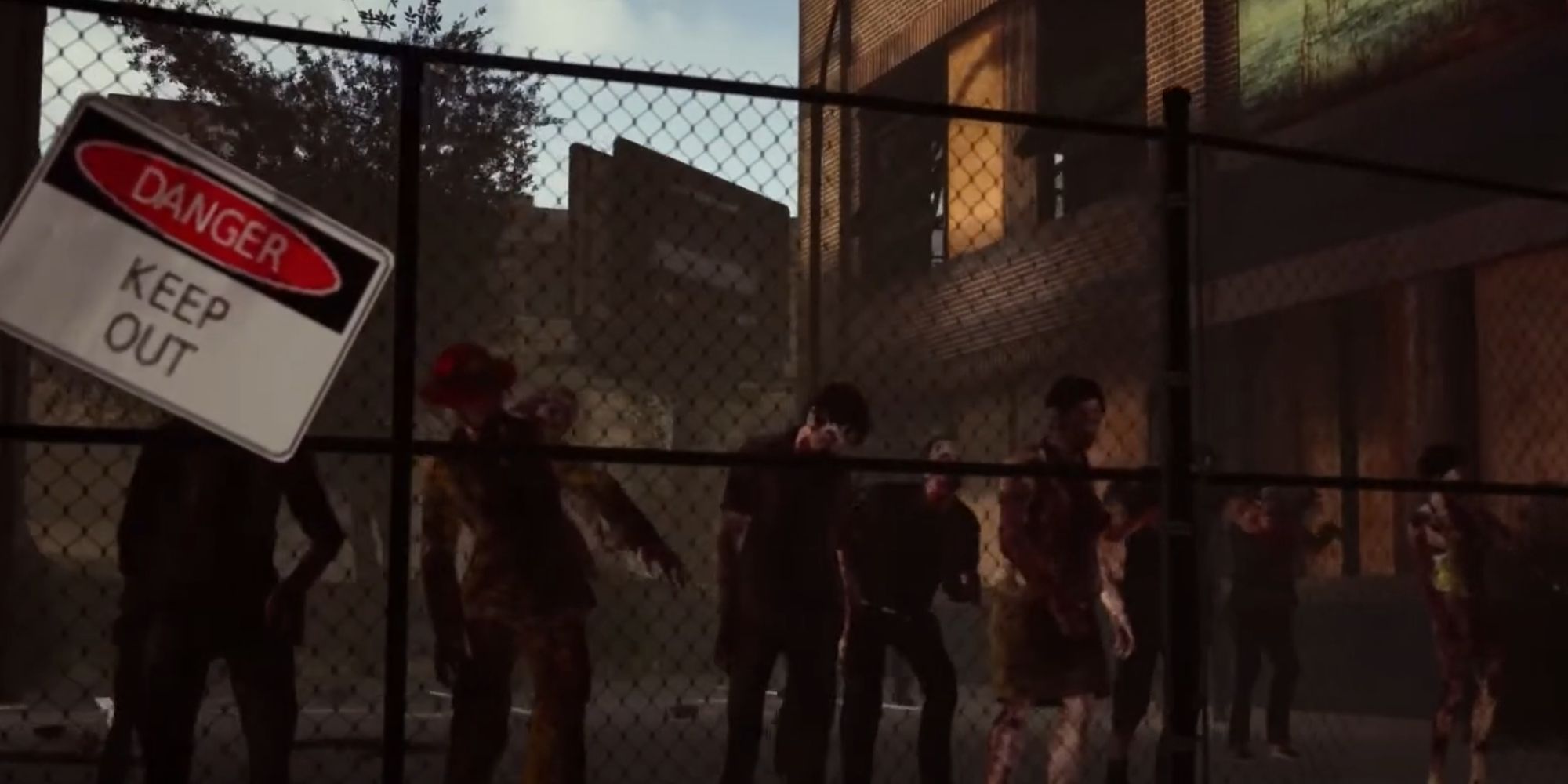 SURV1V3 is a game set in the zombie apocalypse, similarly to Saints & Sinners, but it takes more strategy to survive in this punishing world than most other post-apocalyptic experiences. SURV1V3 has some unique strategy elements that make it a bit more focused on survival and teamwork.

If zombie games interest you, but you want something with unique strategy components, then SURV1V3 is what you should be playing. You can also survive alongside three friends, so it's the perfect game for groups that want an immersive VR world to explore together. SURV1V3 is available on PCVR headsets. 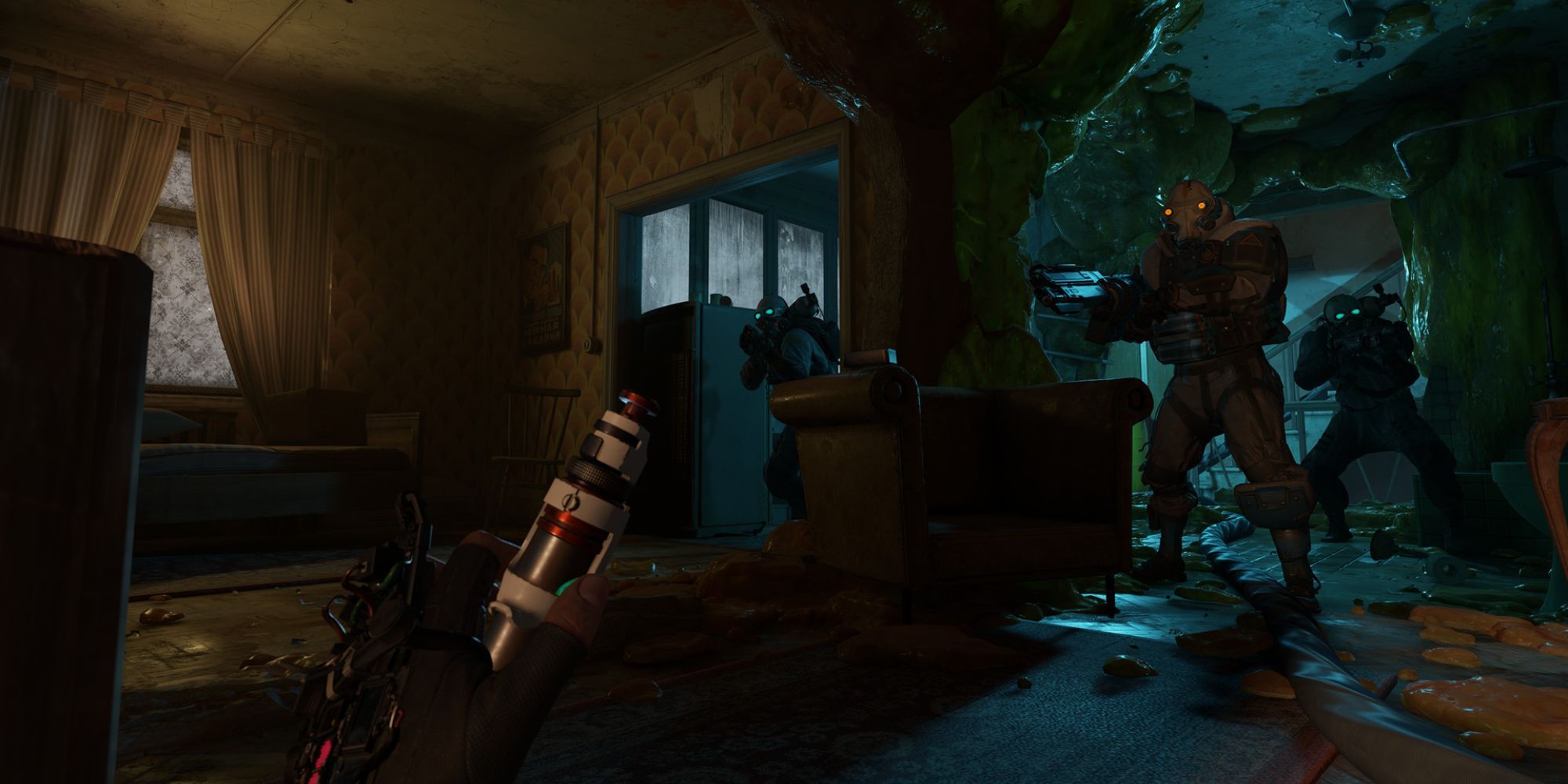 Half-Life games are always an unforgettable experience, which is especially true for Half-Life: Alyx thanks to its use of VR. In this story, you control Alyx as she travels across a post-apocalyptic city, defeating well-known enemies, such as Headcrabs. You can use a variety of guns to fight enemies, and you can customize them throughout your adventure, which is all done in virtual reality.

If you enjoy other post-apocalyptic games or the Half-Life franchise, then Half-Life Alyx is a must-play. The graphics, gameplay, and world design make this experience a treat, which is made all the better with a surprisingly long runtime of more than 10 hours. You can play Half-Life: Alyx on PC headsets. 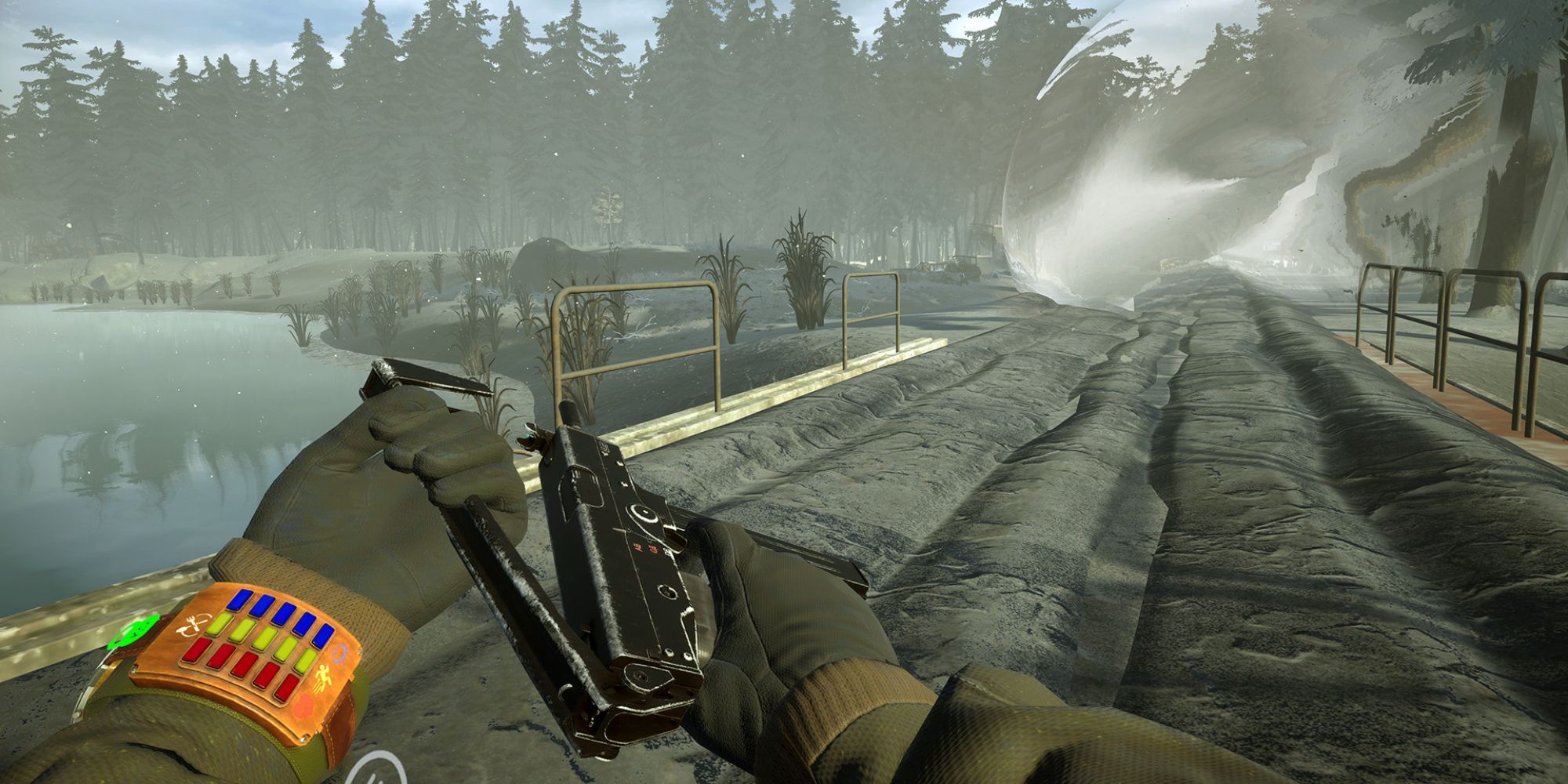 Into the Radius is a VR game with a mysterious atmosphere, which are two things to go together very well. You get to explore an open world and use your climbing and scavenging skills to survive the wasteland. Realistic gun mechanics are an important part of Into The Radius, including weapon jams and reloads.

Stealth is a core part of Into The Radius, which is why it's the perfect game if you want to quietly sneak through a VR world. Not all post-apocalyptic games are scary but Into The Radius' focus on stealth makes it a particularly chilling experience. Into The Radius is available on PCVR Headsets. 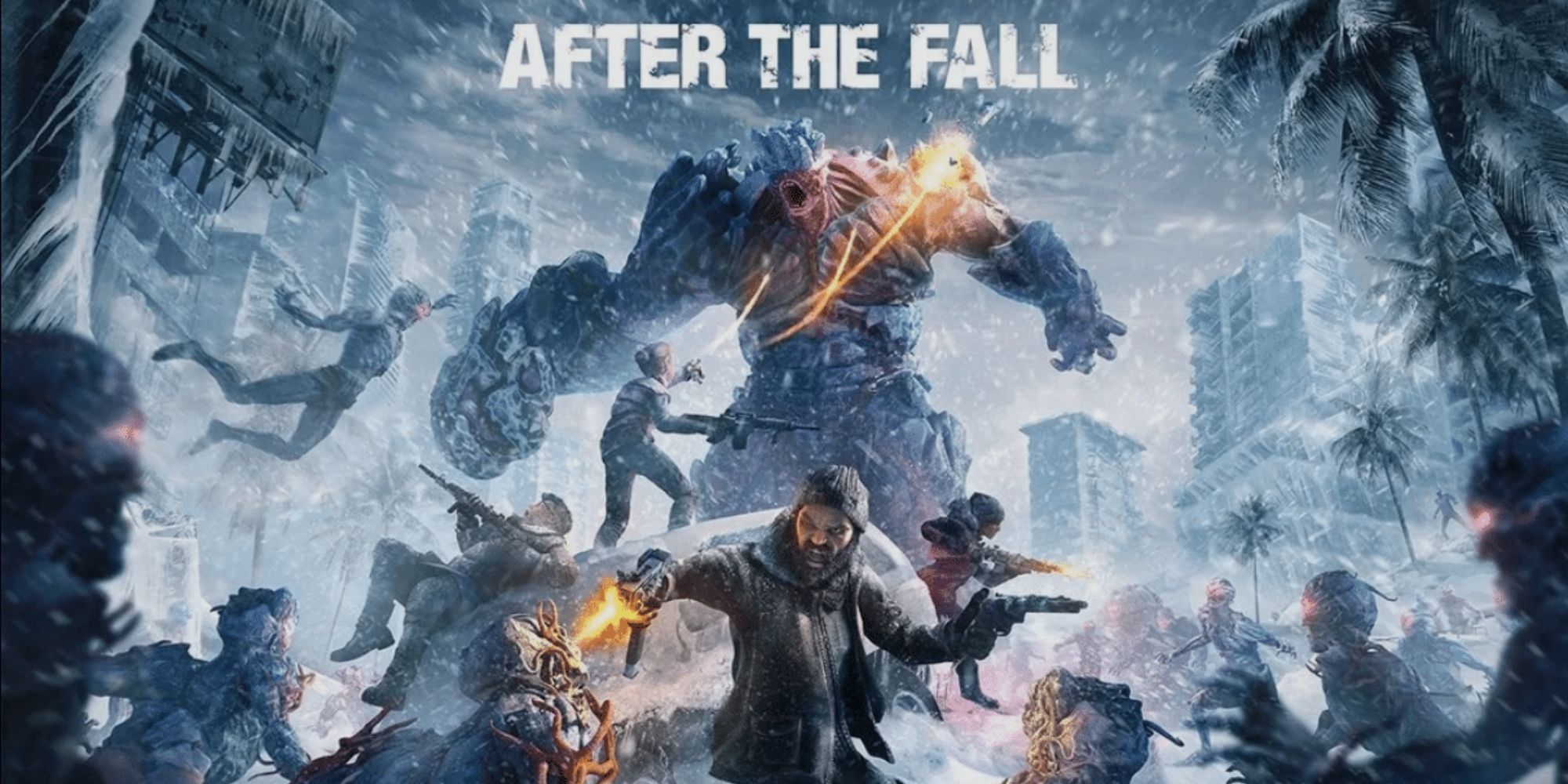 Not only is After The Fall a great virtual reality experience but it comes from the same developers who made Arizona Sunshine. Unlike Arizona Sunshine, there isn't much sunshine to go around; instead, its world is an icy landscape with mutated enemies crawling around you at every moment. You can play with up to three of your friends, which allows you to experience this world with others.

Like many other post-apocalyptic adventures, you use primarily guns to fight your way across the world, and there's a unique selection of them that can keep the gameplay feeling fresh no matter how many hours you've sunk into After The Fall. There are monstrous bosses to fight as well, so if it's a challenge you're seeking, After The Fall is the one for you. You can experience After The Fall on the PSVR, PCVR Headsets, and the Oculus Quest.