You are here:
Home / 5 Things Only Pro Players Know You Can Do In Dying Light 2

Dying Light 2 has launched after several delays that saw this zombie survival horror title get pushed from one release date to the next. And now that it is finally here, fans of the original game can dive right into its meaty adventure (of which developers Techland have said could take up to 500 hours to 100% complete).

Building off the success of the first title, the new one once again has players running, climbing, and leaping their way across a zombie-infested city. But while the game might look and feel familiar to returning players, it has a slew of changes and new mechanics that might work to throw both newbies and veterans off. So, anyone hoping to gain an edge over the overwhelming odds Dying Light 2 throws at players will do well to keep the following tips and tricks in mind.

5 Mod Weapons To Extend Their Durability 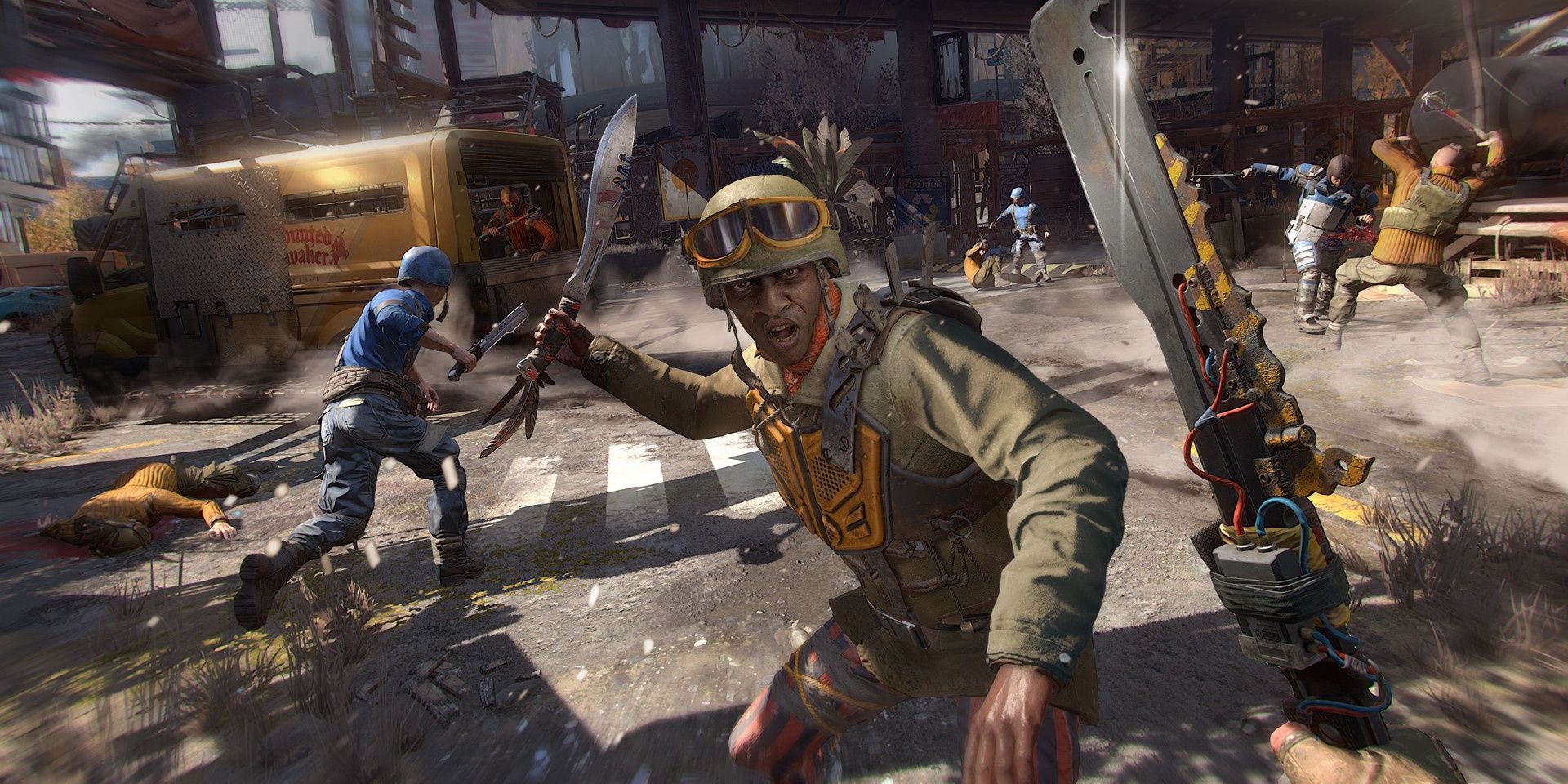 One of the many mechanics at play in Dying Light 2 is weapon durability. The more you use a particular weapon, the more damage that weapon ends up accumulating until it eventually breaks. Thankfully, there is a workaround that should help extend the lifespan of just about any weapon.

Most weapons in the game have the ability to be modified. These modifications range from adding a new tip or grip, which often leads to an increase to the weapon's stats — like the amount of damage it can deal, or the likelihood of it scoring a critical hit. The good news is that each time a particular weapon is modded, its current durability also gets a boost as well. So you can use this to your advantage and keep your favorite weapons around a while longer than they would've lasted otherwise.

4 Dropkick Your Way Out Of Tricky Enemy Encounters 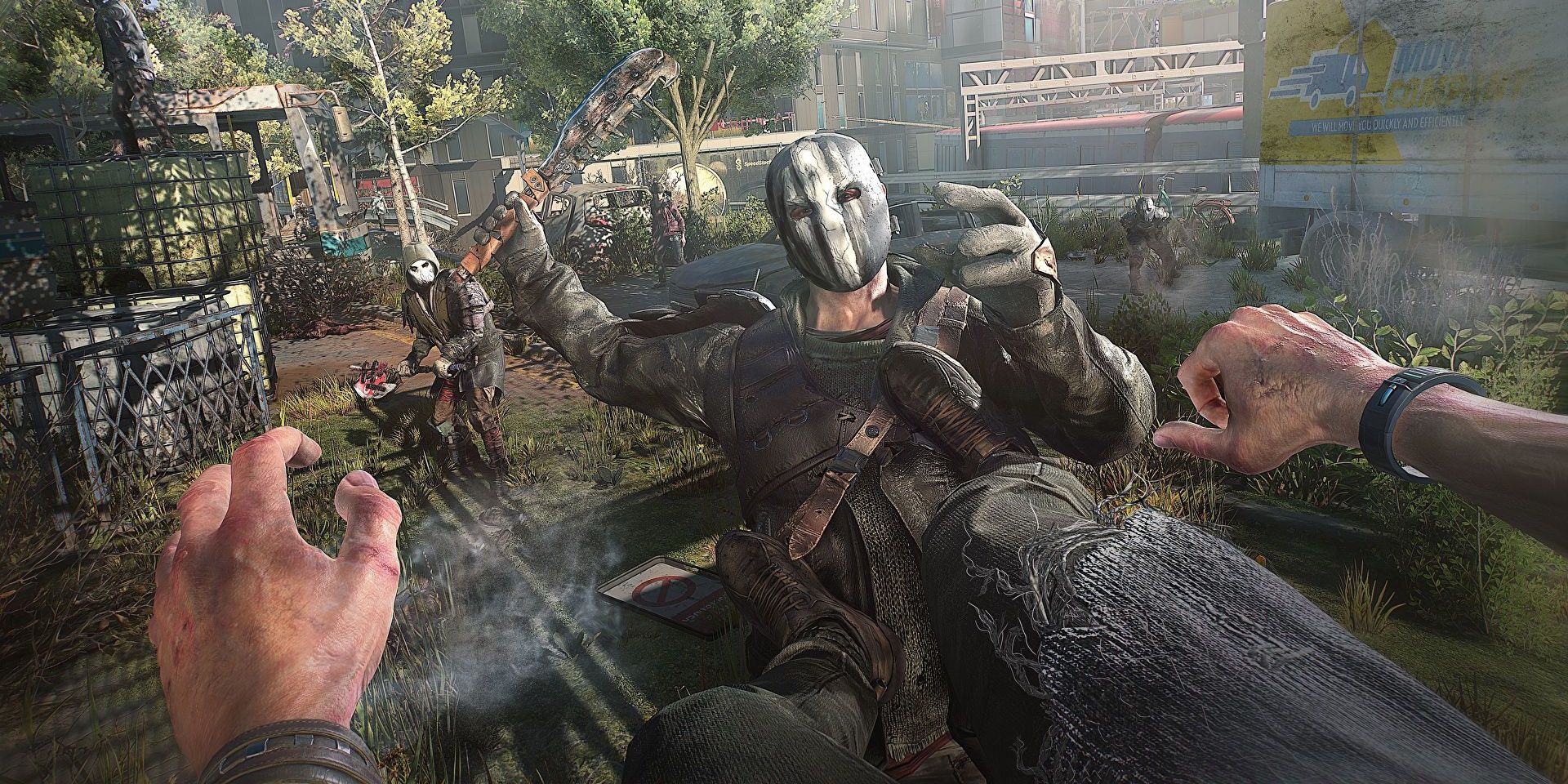 In the original Dying Light, the dropkick was often considered overpowered, with its ability to knock back and stagger an entire group of enemies at a time. For better or worse, the move returns in Dying Light 2, and it is just as effective an option for dealing with multiple enemies as ever.

This time around though, using it will cost you a small amount of stamina, which was probably introduced as a way to discourage players from simply spamming the move over and over again. When used strategically, the dropkick can still help you get out of sticky situations, or systemically take down multiple enemies by creating an opening that allows you to avoid getting overrun. Any way you choose to use it, it is certainly yet another tool in the pro player's tool belt and one that shouldn't be underutilized. 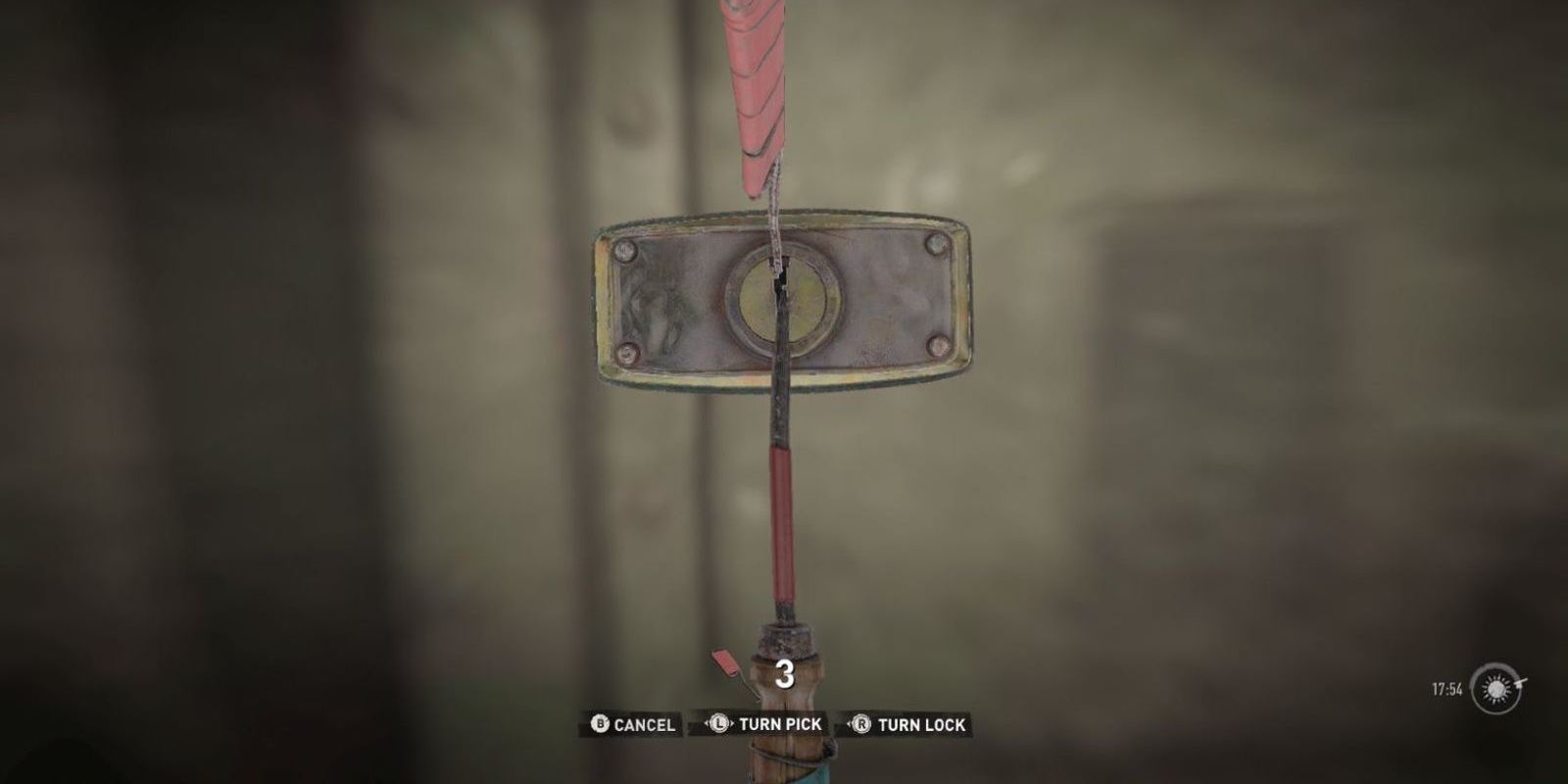 You'll come across a good number of locked doors and chests in Dying Light 2 and, more often than not, you'll want to open them to get to the potential loot that might be waiting on the other side. In such situations, the game allows you to pick certain locks using a lockpick, which is done through a lockpicking mini-game quite similar to the one seen in other titles like Fallout and Skyrim.

However, it can take a fair amount of time before you successfully pick a lock. Time might be something you don't have, especially while playing during nighttime. Thankfully, the game allows you to skip the mini-game entirely by sacrificing a few lockpicks instead. This instantly gives you access to the place you are trying to get into, provided your lockpicks are strong enough. On that note, you should definitely make sure you upgrade the quality of your lockpicks using the blueprint, as this enables you to bypass even tougher locks.

2 Boost Your Immunity On The Fly With Mushrooms 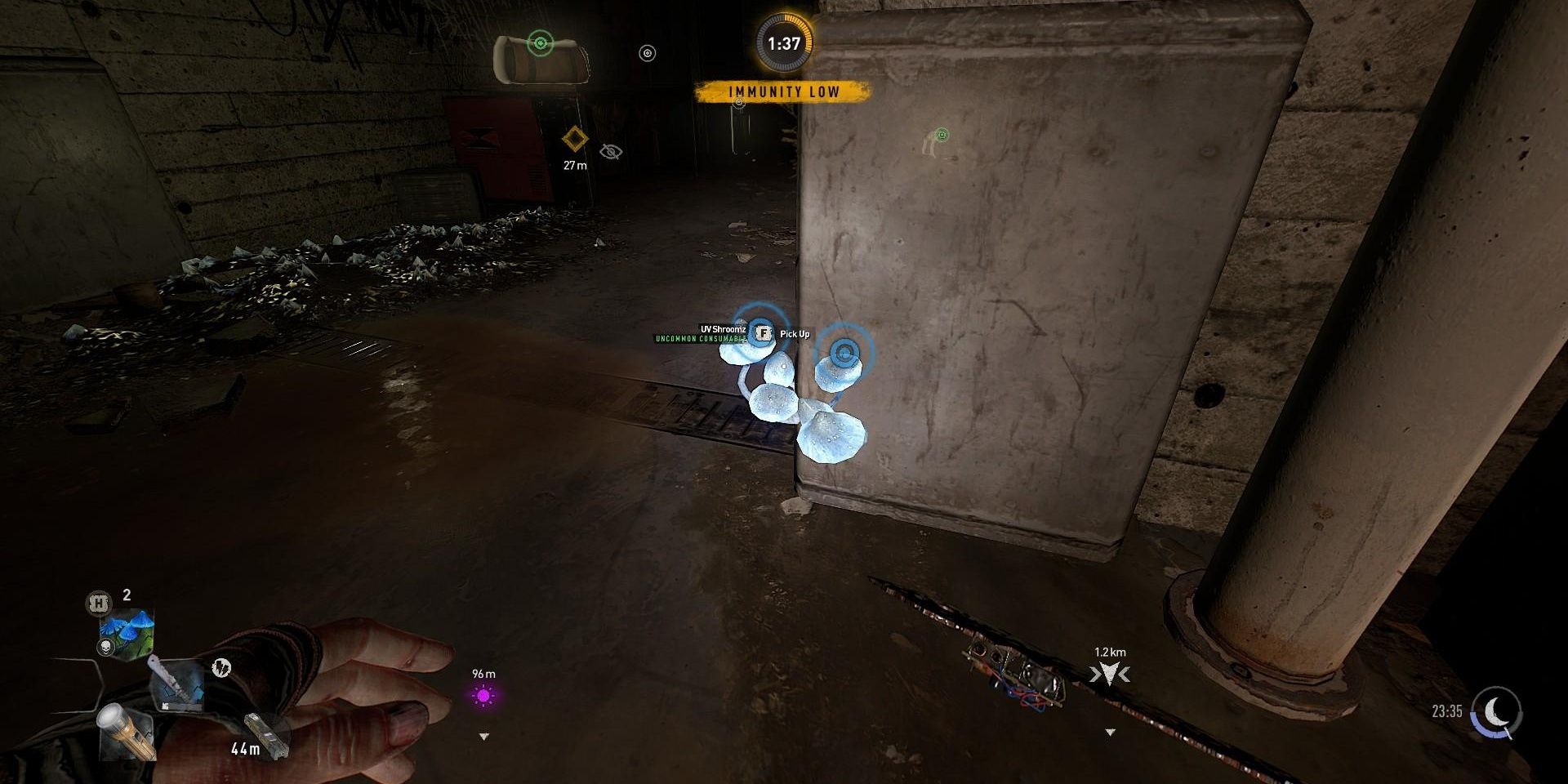 Aside from the various zombies trying to get at you, Dying Light 2 also presents another obstacle for players to contend with in the form of its immunity system. Basically, all the survivors in the world have been infected with the virus that led to the zombie outbreak. And the only way they've been able to prevent themselves from turning into zombies as well is by avoiding prolonged exposure to darkness.

Whenever the player gets caught inside a dark building during daytime, or outside at nighttime, a timer is displayed to show how long before their immunity is fully compromised. One way of resetting that timer is by stepping into direct sunlight or under a UV lamp. Another one is by using a booster shot which can be bought or crafted with the right material. But you can also find UV mushrooms, which can be collected and eaten for a small boost to your immunity — sometimes spelling the difference between success and failure during longer nighttime runs.

1 Distract Zombies To Get Past Hordes 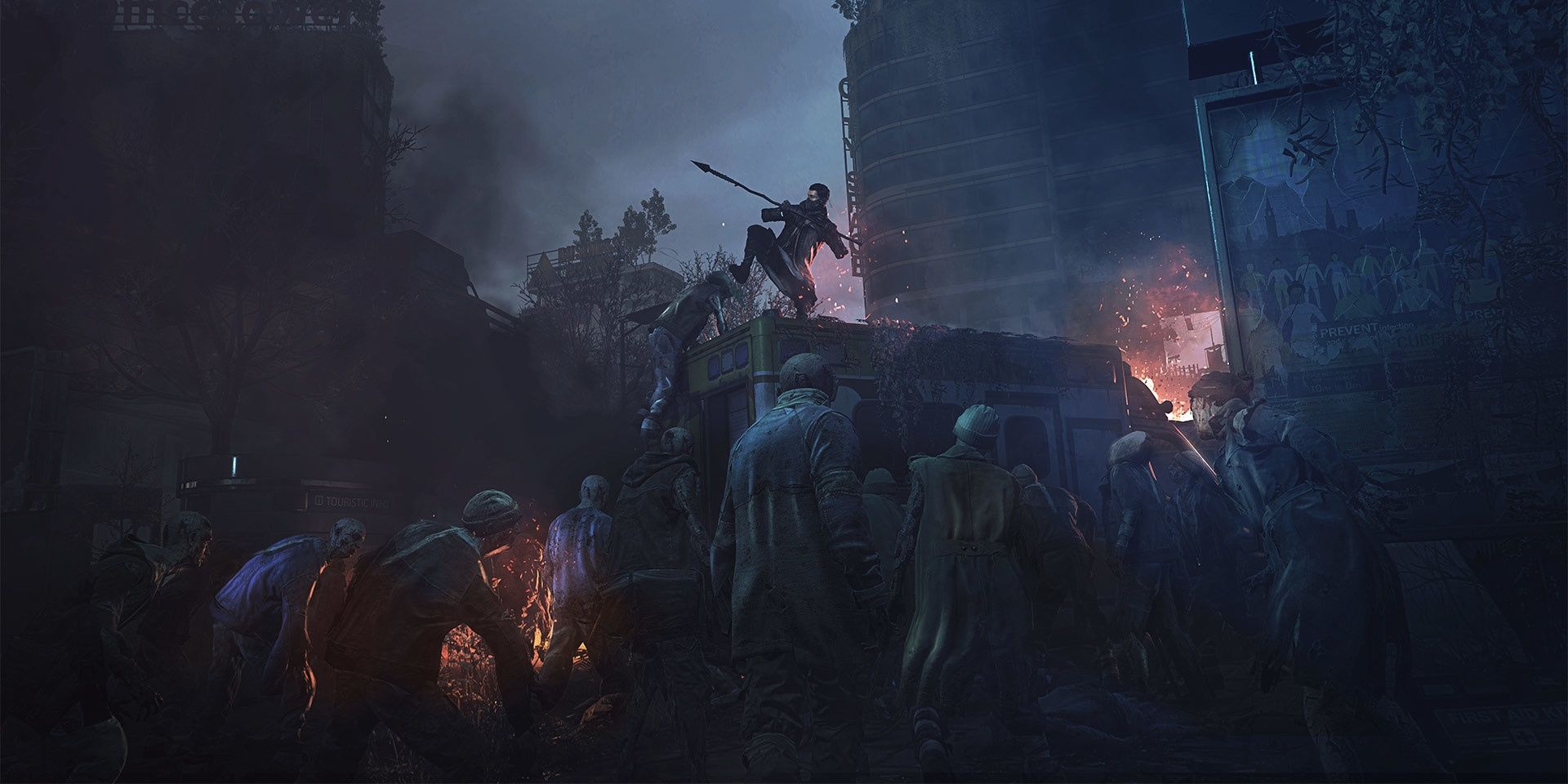 Unsurprisingly, you'll often encounter hordes of zombies during your playthrough of this game. Sometimes, facing them head-on is simply not an option due to the overwhelming odds. This is where stealth comes in. You can play it safe in such situations by doing your best to avoid alerting nearby zombies to your presence.

You can also thin their ranks by performing stealth takedowns on any stragglers that haven't seen you yet, although you'll need to stay out of their line of sight and avoid making loud noises. In the event that you do end up alerting the zombies in a horde, you can use noisemakers to distract them long enough to escape. You can also use these gas canisters to grab their attention, anything that can help you clear a path for yourself by attracting them elsewhere basically. But if all else fails, running away would be your best course of action.