7 Days to Die is a fun game to play if you are looking to truly test yourself in a survival setting. The game is full of challenges — especially since every seven nights, the moon turns red and zombies swarm your position. The hoard breaks down any barriers you hoped would keep you safe.

You will have to use your resources carefully and strategically build up your defenses if you want to survive. If you’ve been playing 7 Days to Die for a while though, you may be looking for a new game to capture your attention. The list below contains games for you to try out.

Updated November 9, 2022 by Jacqueline Zalace: Zombie survival games provide a thrill that many other genres just can't deliver. We've added even more games like 7 Days to Die to this list, giving you more options to choose from. 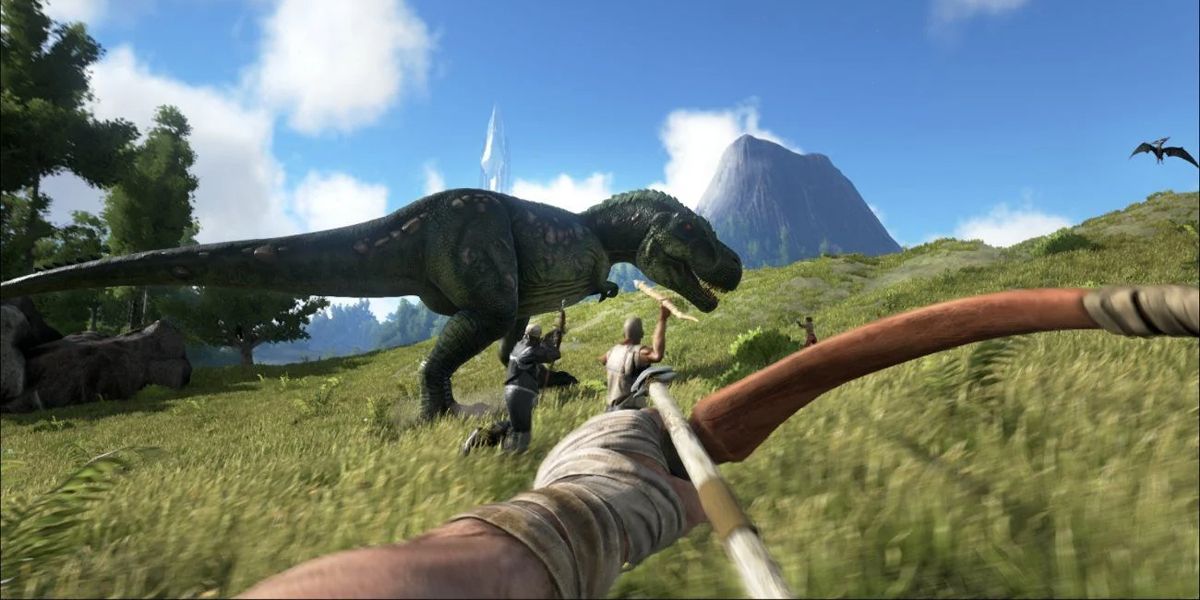 Ark: Survival Evolved is a game that puts you in a land filled with everything from dinosaurs to mythical creatures, depending on your map choice.

In order to survive, you must build yourself a base, prepare to tame the very beasts trying to kill you, and uncover the secrets of the ark. You can even choose to play in a PvP or PvE map for those who want to spice things up a bit. 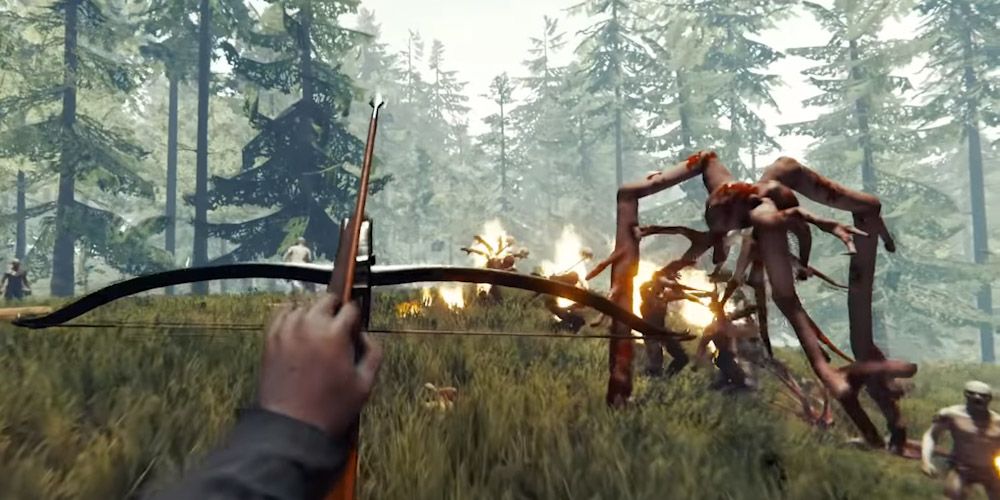 Plenty of survival games have scary elements about them. That's only natural since survival in harsh conditions with nothing but danger around you is inherently terrifying for our more primal instincts. But The Forest is the only game on this list that can really be considered a true cooperative horror experience.

In this game, a plane crash will leave you, either solo or with some friends, deep within an inescapable forest. You can play with friends, but even if you choose to play alone, you'll soon learn you're not truly alone in those woods. 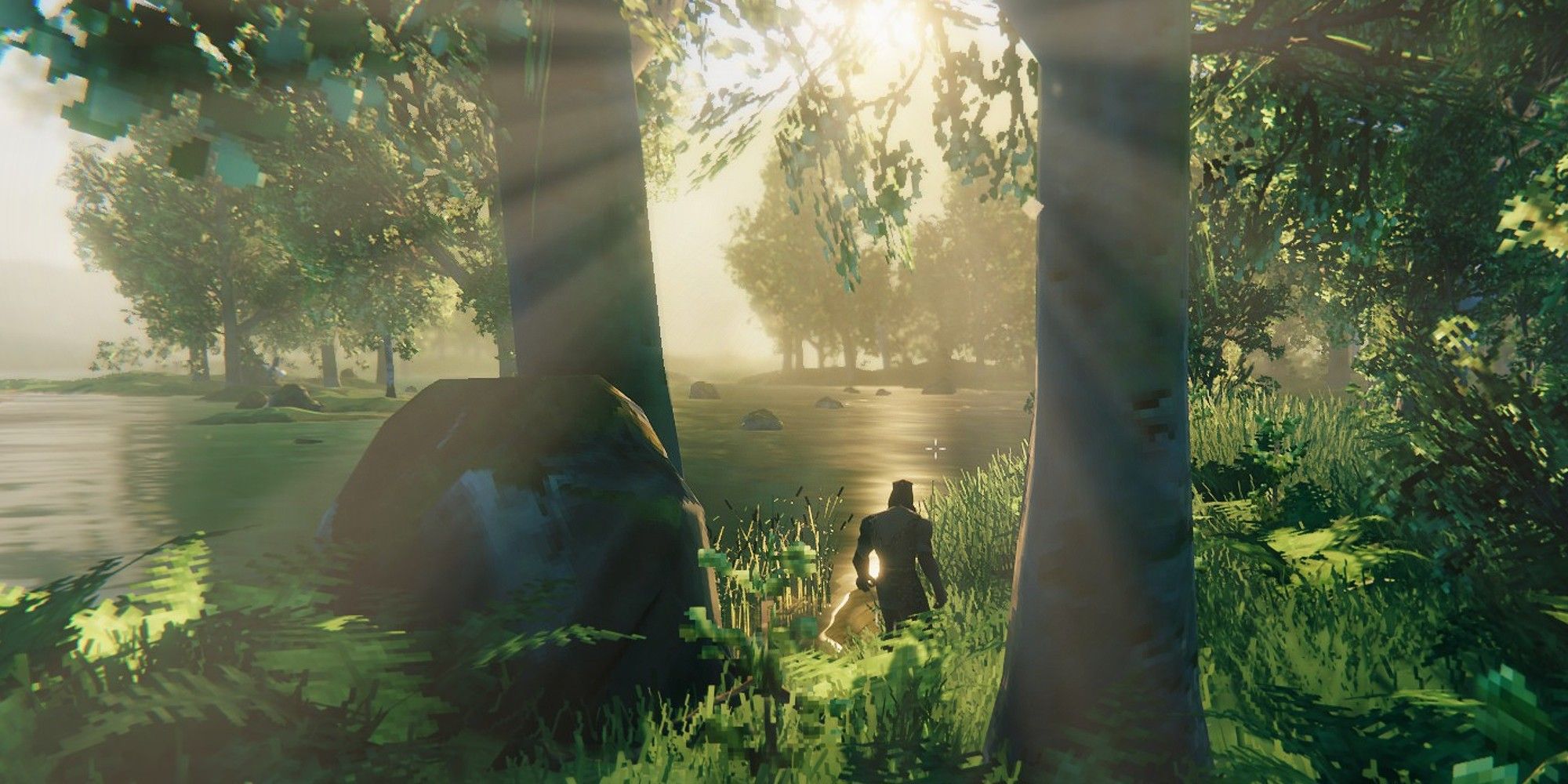 Valheim is a logical recommendation to anyone who likes 7 Days to Die as it has many of the same features. You must build a base, take care of your needs, and fight off recurring attacks from time to time in order to survive.

While Valheim takes a more medieval approach to technology when compared to 7 Days to Die, it is still a game of procedural grinding, exploration, and discovery that will scratch that itch for something similar, yet a bit different. 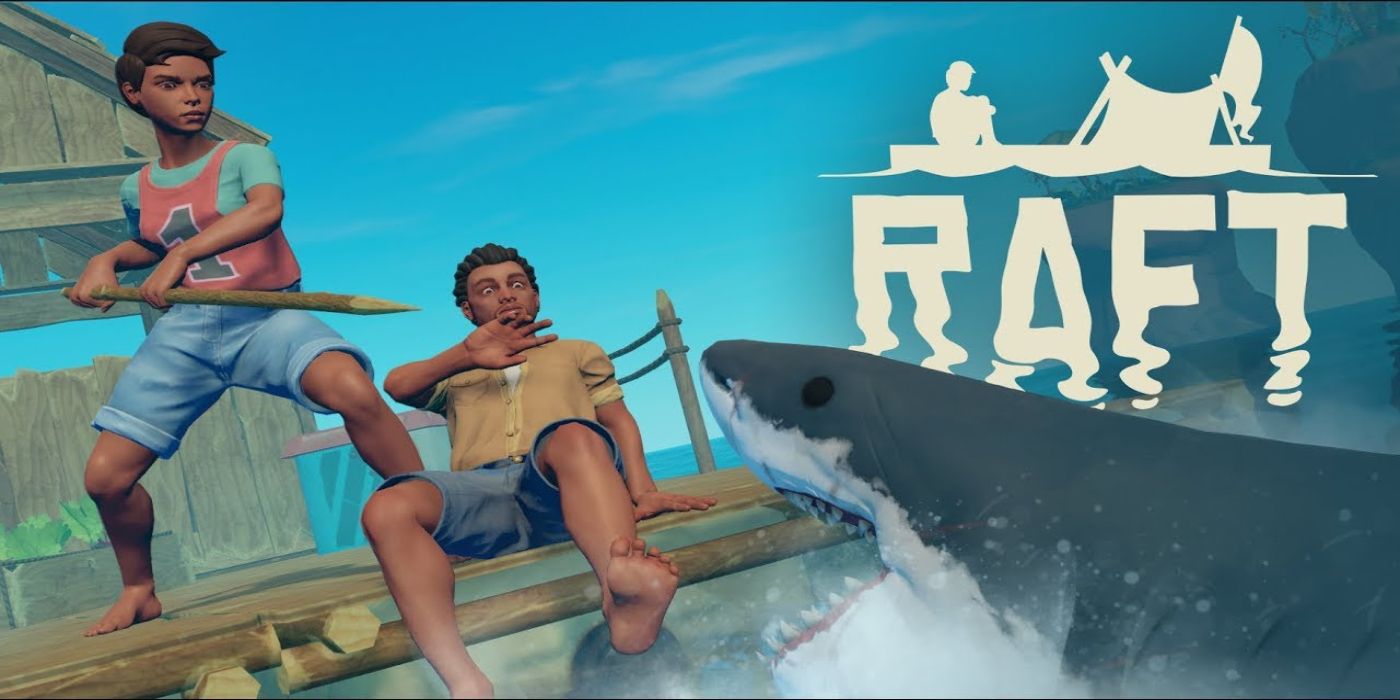 Raft is a seemingly tranquil game that starts you off on a tiny raft that seems to be floating aimlessly through the ocean. Your job is to pull in flotsam and jetsam around you to expand your raft. Oh, and you have to do it before the shark that is always following you manages to turn you into a midday snack.

This is another game that can be played with friends, and it has a heavy sense of discovery. 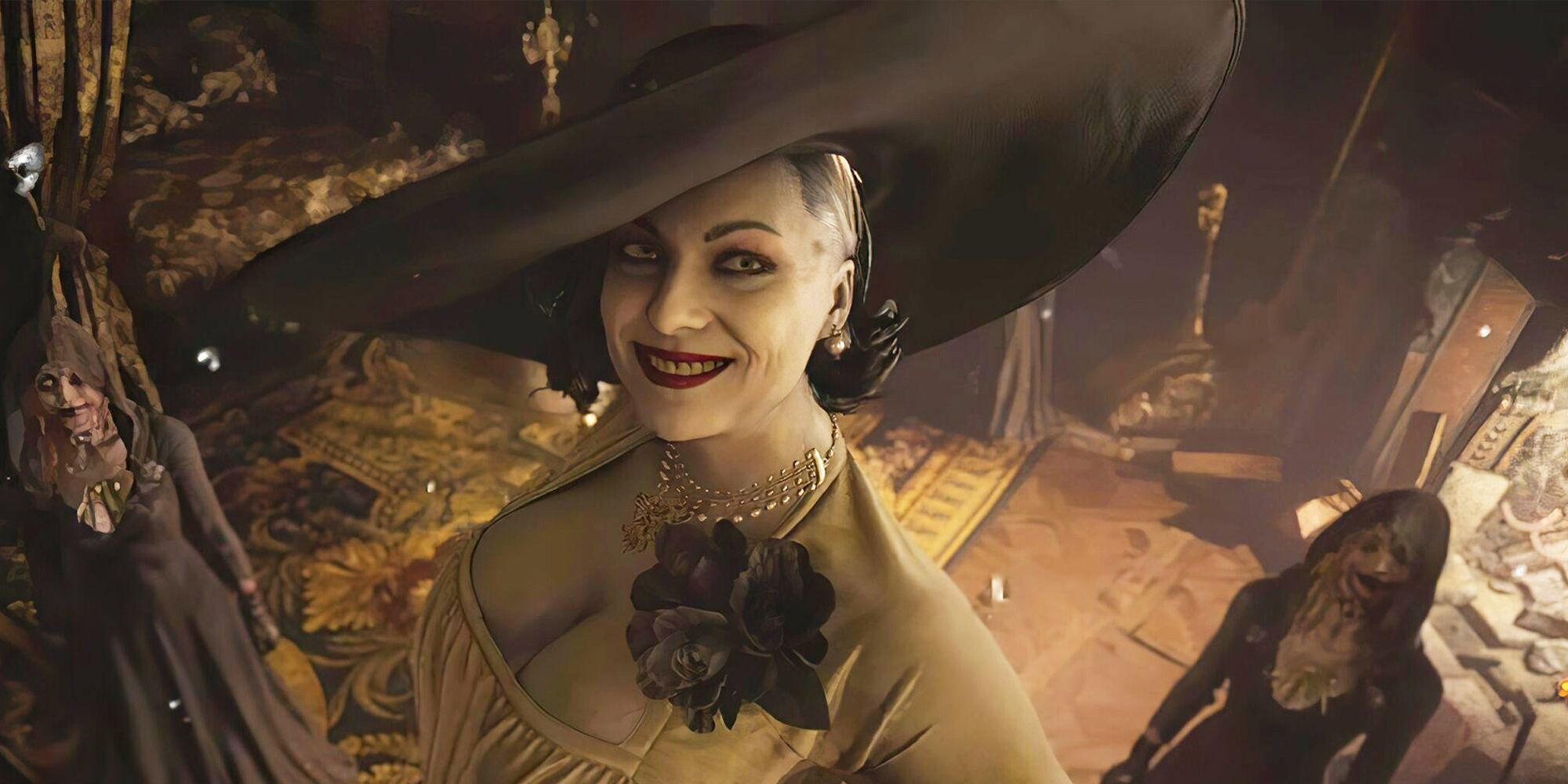 If one of your favorite parts of 7 Days to Die was the atmosphere and zombies, then you should try out Resident Evil: Village. The game sends you to a small village in search of your missing daughter where all types of horrors await.

This includes tons of zombie-like creatures (lycans) that can't wait to take a bite out of you. The tall vampire Lady Dimitrescu broke the internet for a good reason, and all of the other antagonists in the game are as terrifying as they are intriguing as well. 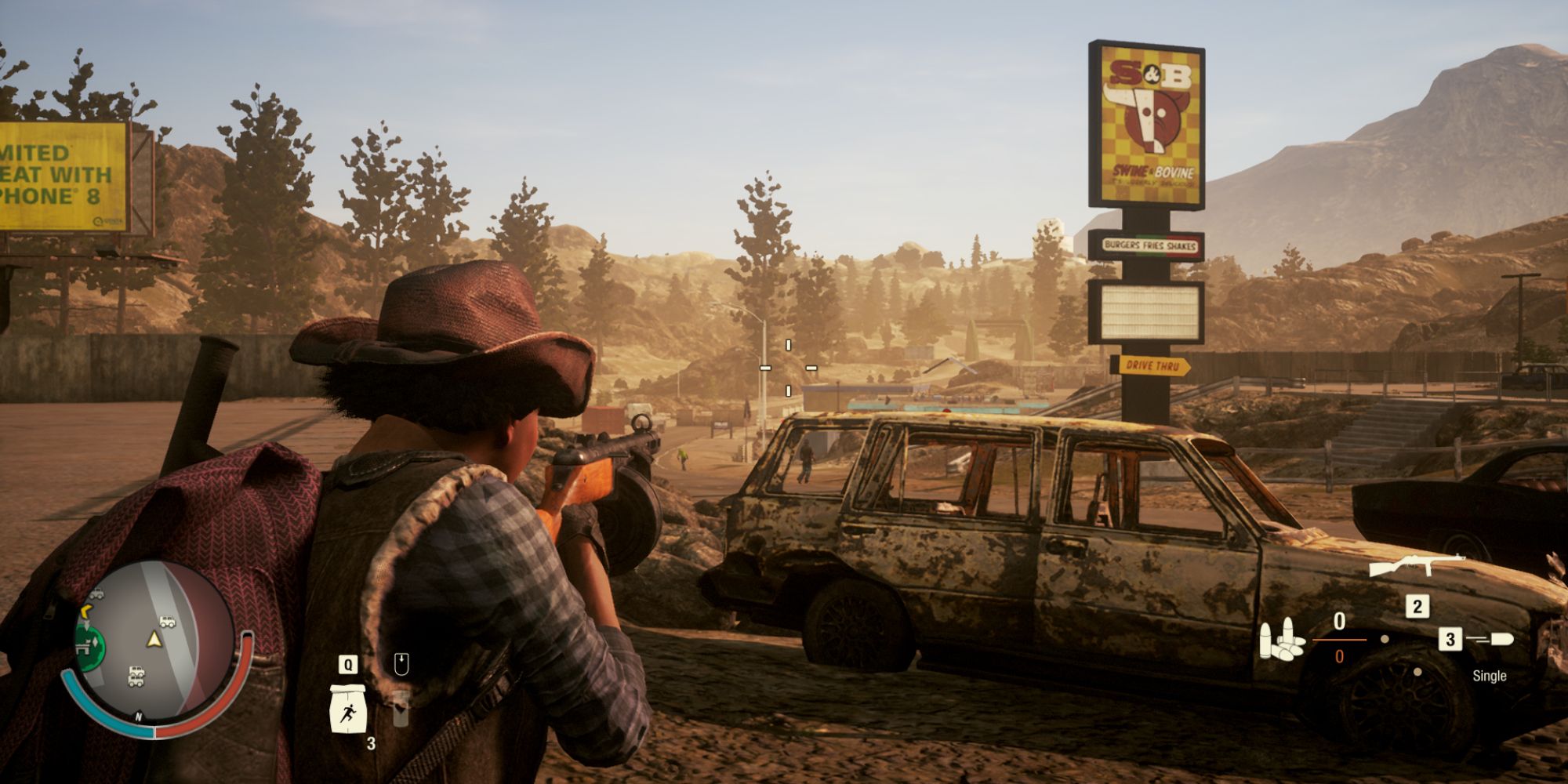 State of Decay 2 is another game that is great to play with friends that sends you into a zombie-filled world. The game challenges you to build a community amid the zombie apocalypse by recruiting a team, settling somewhere, and fortifying a base.

Each day is unique and so is each player's sandbox by using various features and traits. State of Decay 2 is an Xbox and Windows exclusive game and is available for free with Xbox Game Pass. 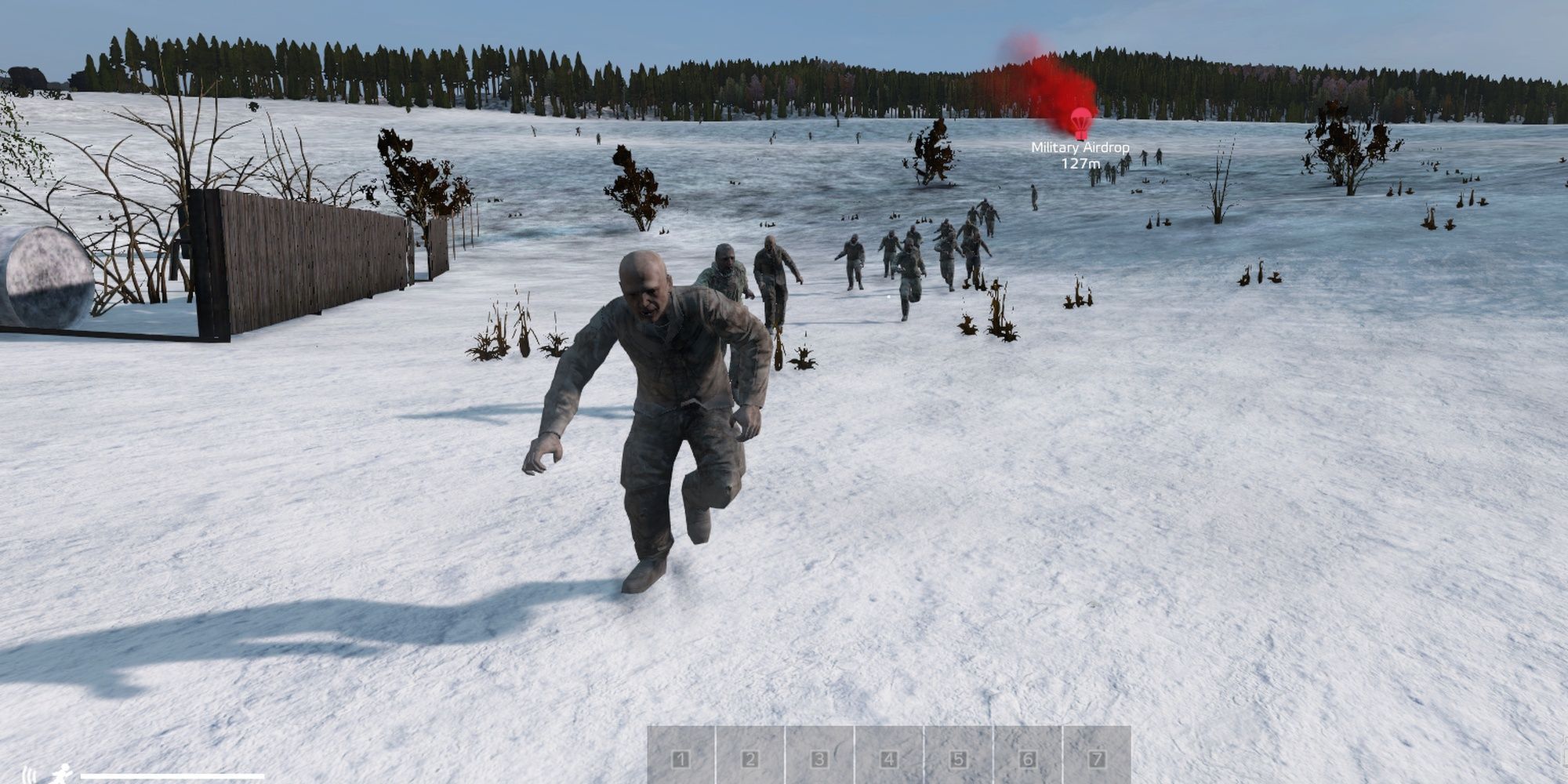 DayZ is another zombie survival game that allows you to face off against other players. You have to build up your arsenal and manage basic needs in order to survive. The only problem is that other players are roaming the map looking for the same resources.

Adding the element of player interference makes a difficult task even more challenging. Players looking for a zombie game and a PvP experience should definitely give this one a try. 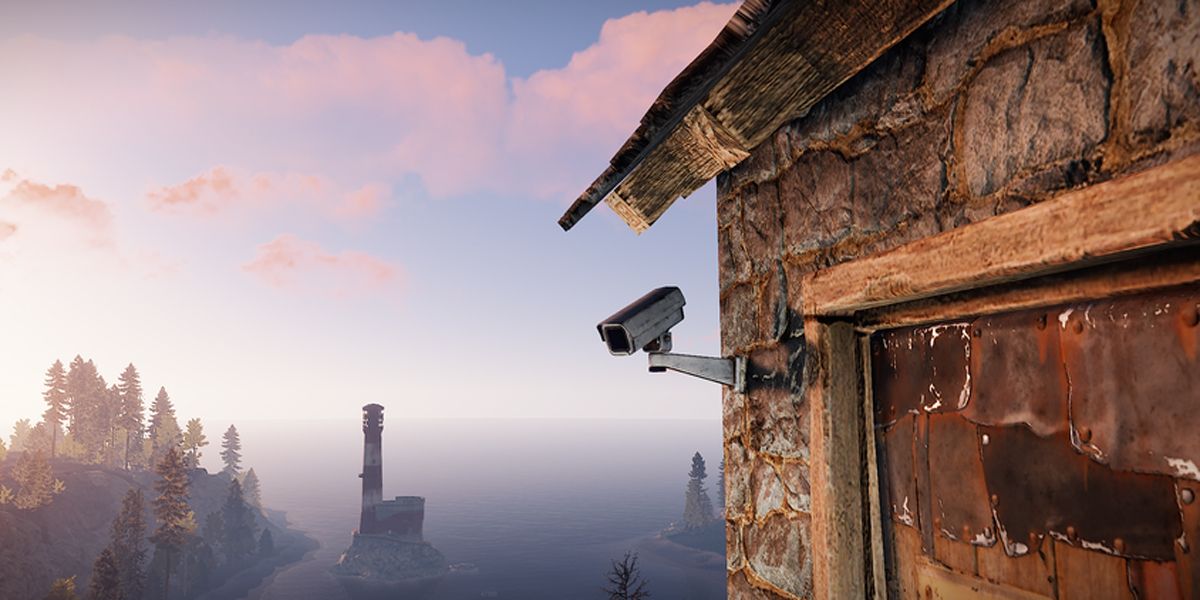 Rust is another popular survival game, and its website description literally tells you that everything is out to kill you. It's similar to Ark as you start out with an extremely basic way of harvesting materials and must slowly build yourself up.

The challenge comes from the fact that you must keep yourself from dying to create a more capable character. 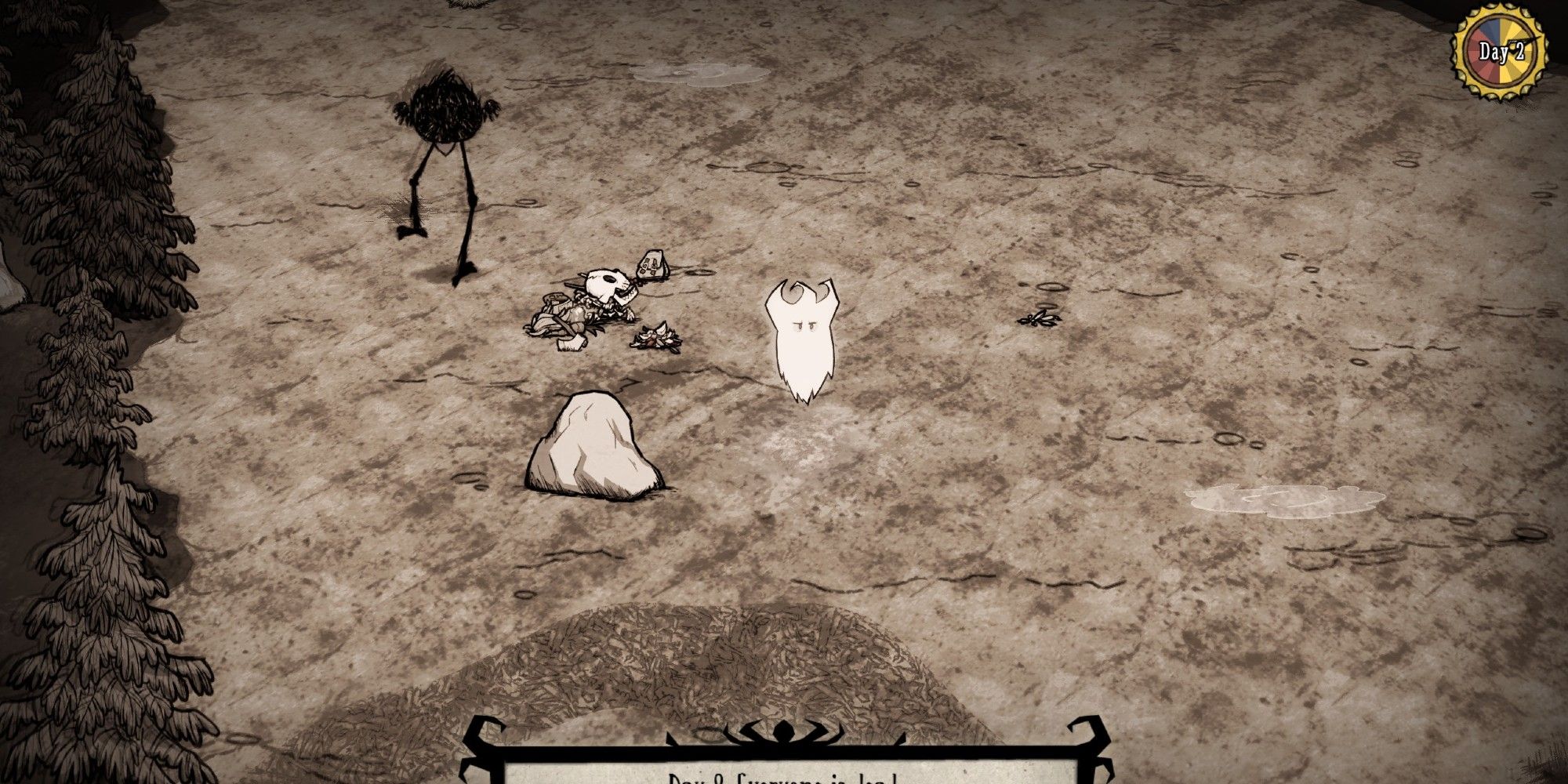 Don't Starve is one of the most unique survival games on this list as it uses a top-down two-dimensional perspective and an art style reminiscent of Tim Burton. You are dropped into a dingy-looking world and can play with a partner to try and keep yourself alive while gathering up resources.

Just keep in mind that even some of the cuter enemies like Hounds are still trying to kill you. 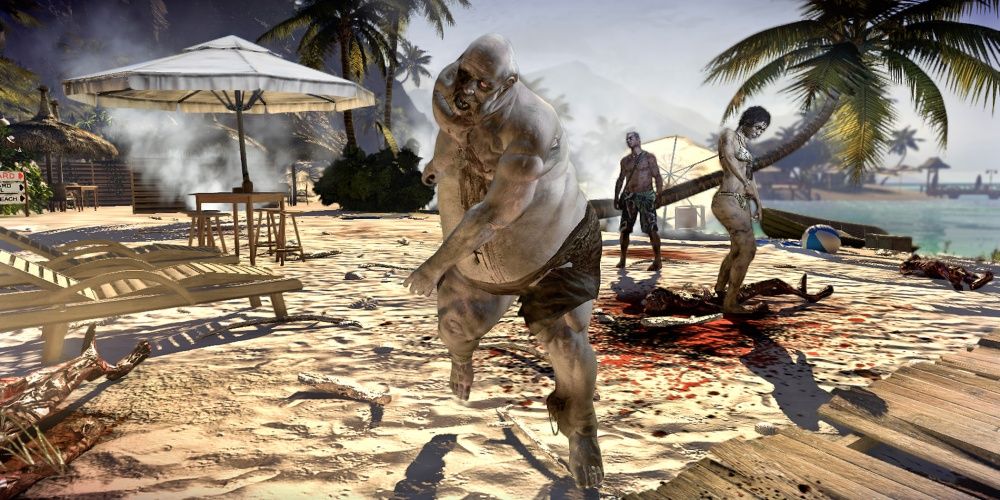 Dead Island is a series that has been around for quite some time. The first game starts out by placing you as a tourist on an island that quickly gets overrun by zombies.

Your only chance of surviving is grabbing the closest weapon to you and making your way through the hordes. The game has been re-released in a definitive edition, and a Dead Island 2 is currently in the works. 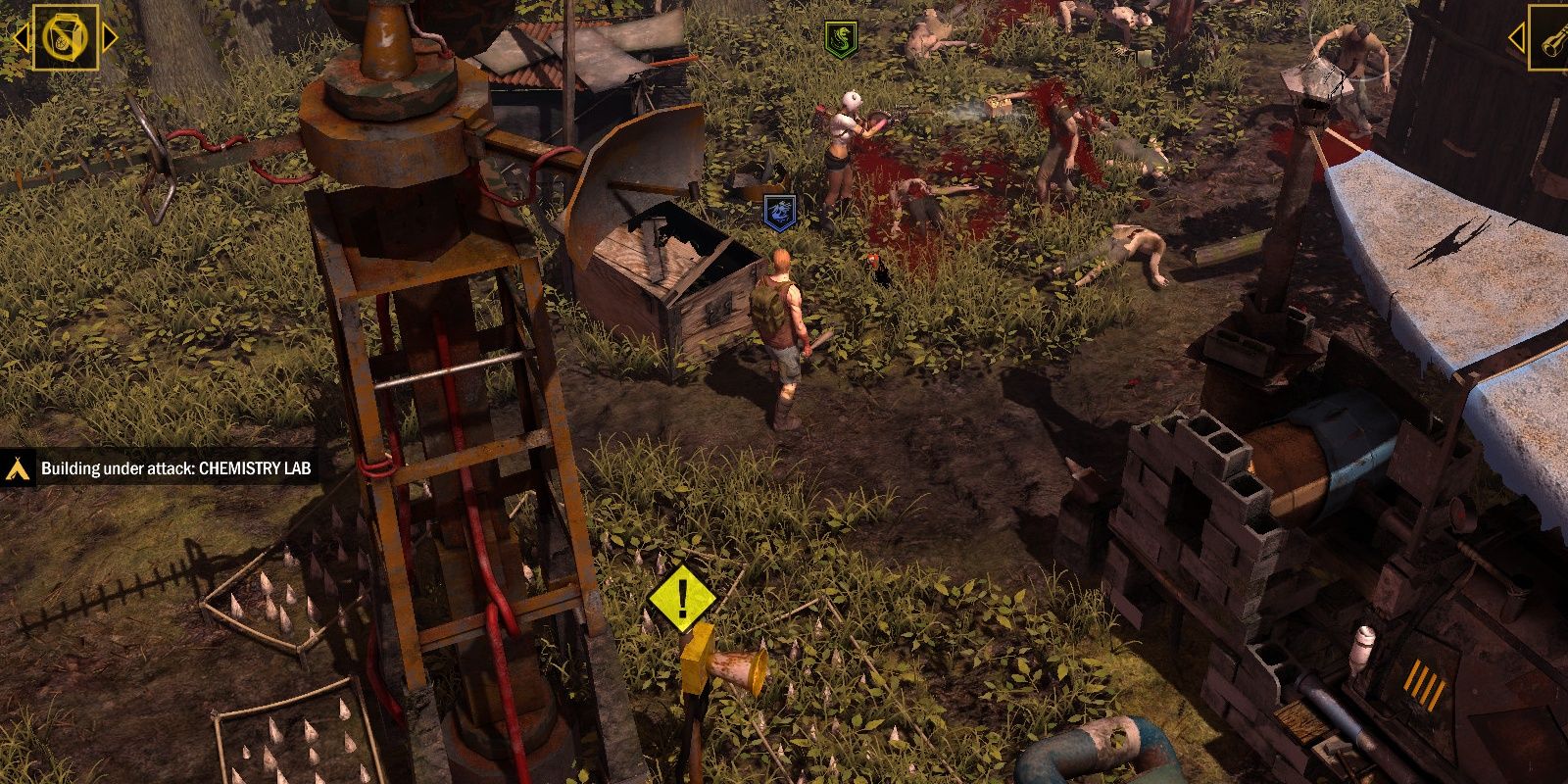 How to Survive 2 drops you into Louisiana with zombies that are vying to take a chunk out of you. You will need to build up your camp and gather supplies to ensure that you can survive for a long period of time.

The game has a top-down view and is only currently available on the Windows platform, making it a bit harder to play if you don't currently have a gaming PC. 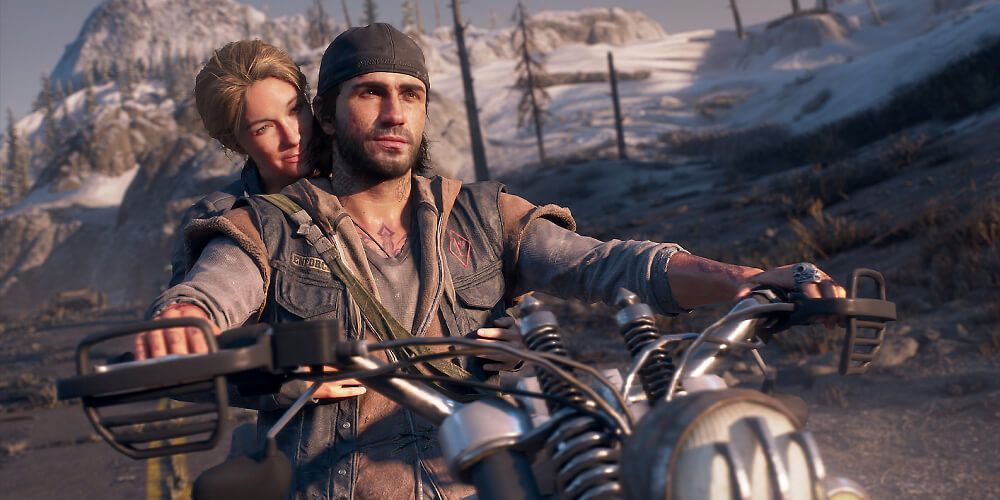 Days Gone is a PlayStation and Windows exclusive that combines adventure and survival horror. You will be given a motorcycle to help you explore the world easier, but you must keep in mind how much fuel you have left while roaming around the world.

The game does have an interesting narrative but gives you several ways to take on the world and its various challenges. 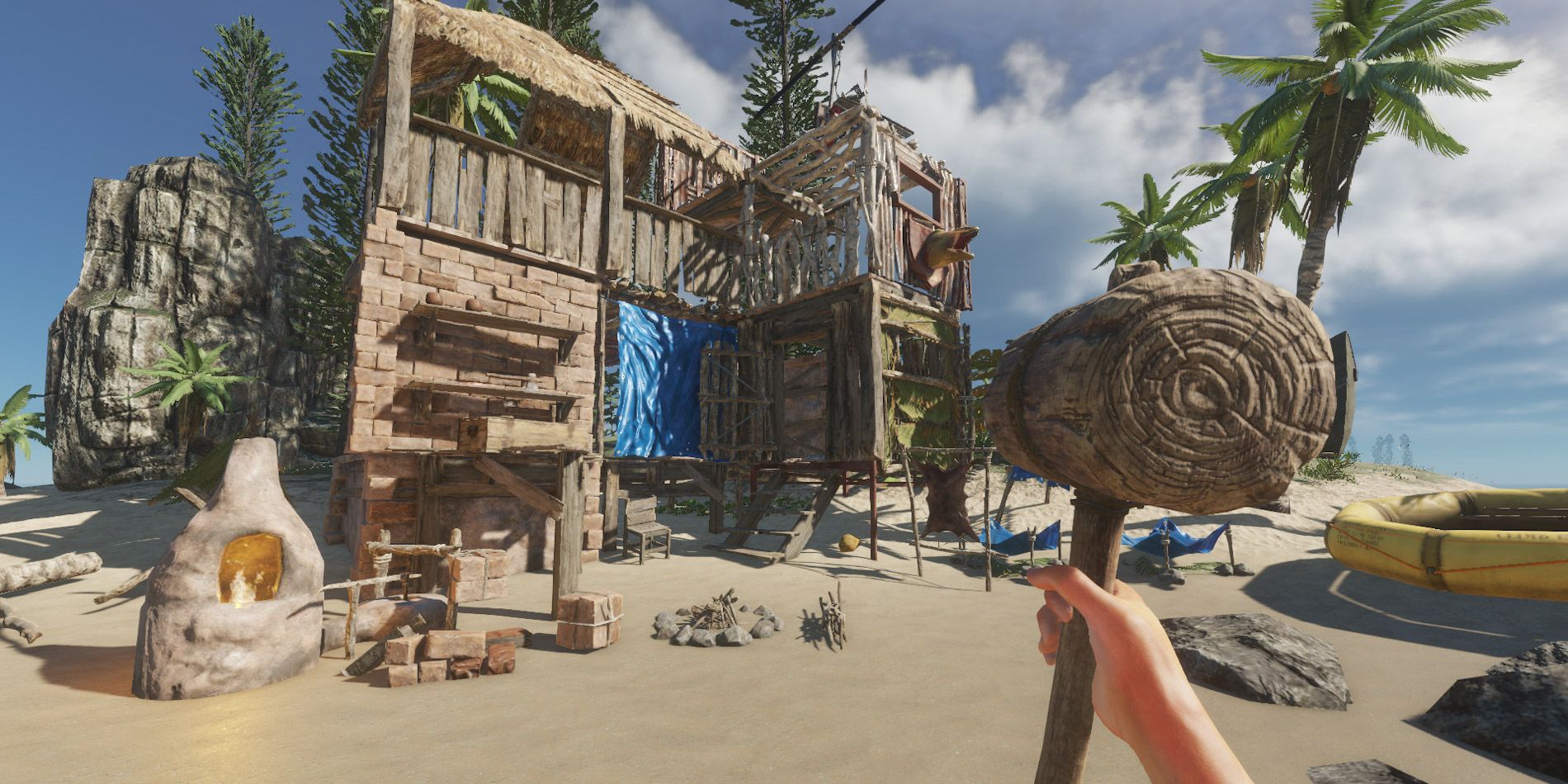 Stranded Deep hits similar beats to Raft. They're both survival games about being stranded far from modern civilization with nothing but islands to scavenge and creatures of the sea and the land to avoid/hunt.

Raft leans a bit more towards its story, though, whereas Stranded Deep prefers to give you a little context at the beginning and then drop you off in the world to explore and generally do whatever you want. In a lot of ways, Stranded Deep feels a lot more like a traditional crafting-survival game experience. 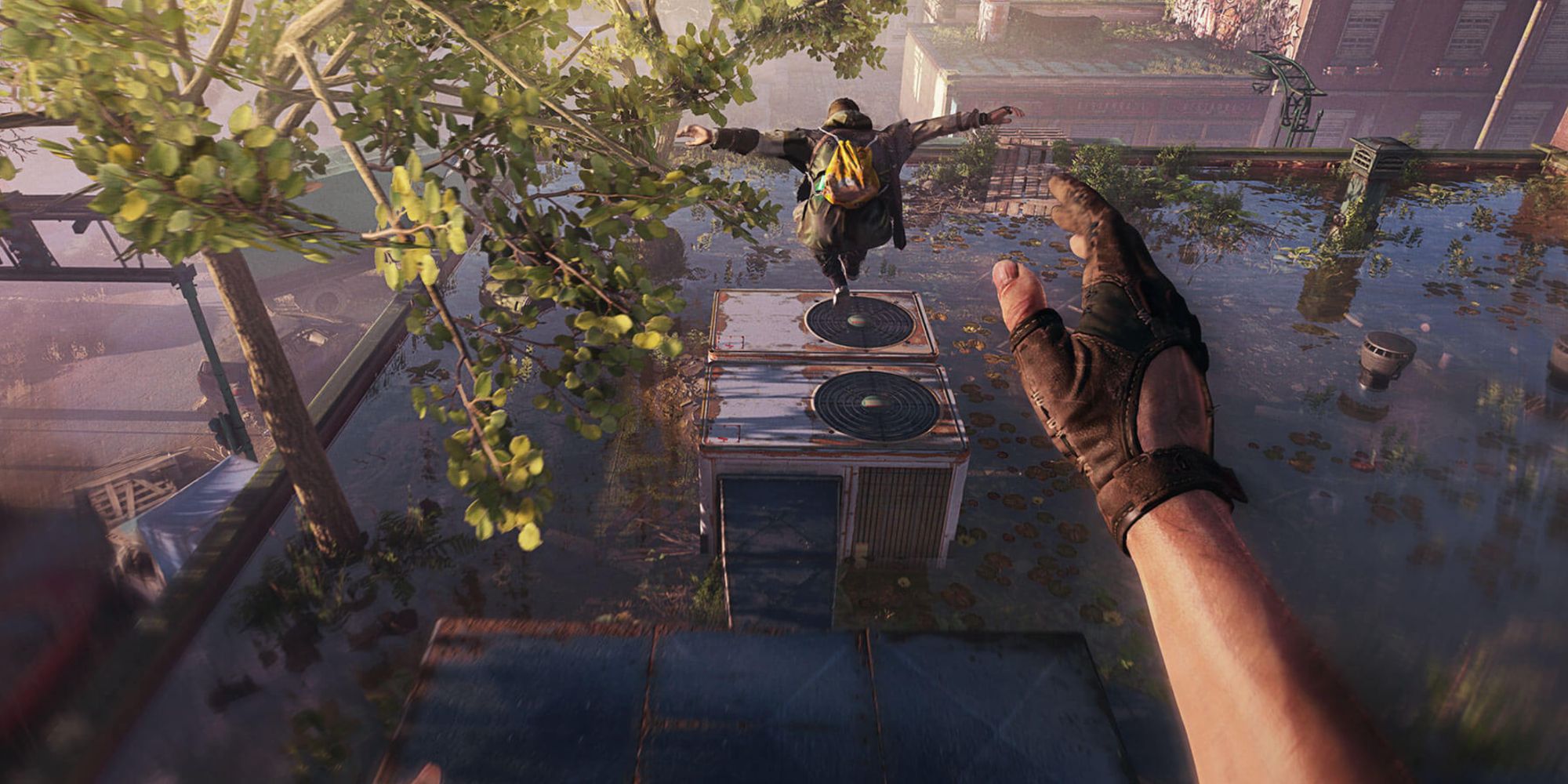 Dying Light 2 takes place in a world that has been overrun by zombies. In the game, you will need to survive as one of the few remaining humans, but this is more easily said than done.

With an entire city to explore, you can roam to your heart's content, while avoiding any dangers that may be in the way. Like many other games on our list, this game can be placed with others, allowing for a survival multiplayer experience. 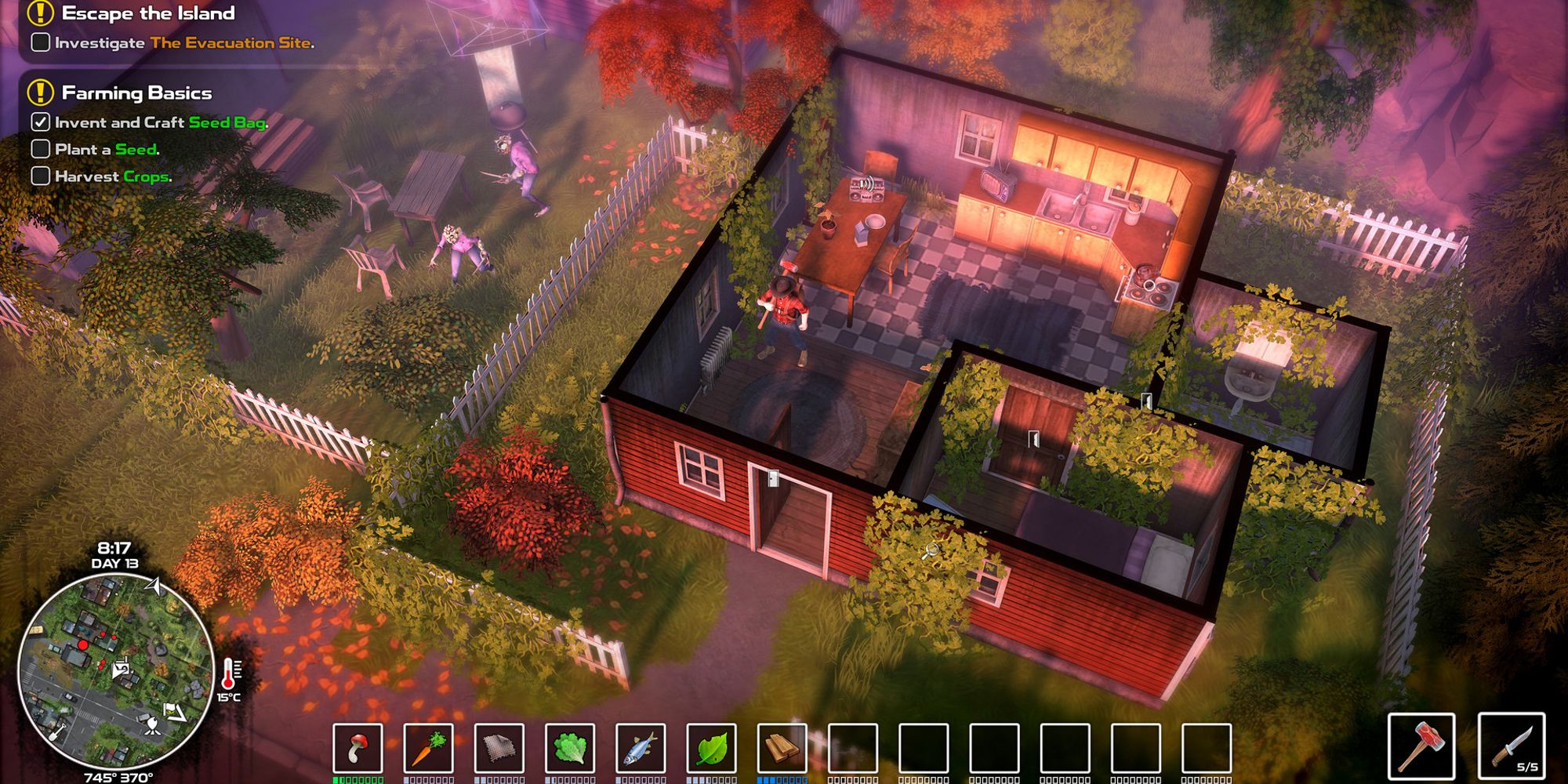 As the name suggests, Dymantle is a zombie survival game that involves crafting. In this game, you will need to explore and break items that you come across in order to get materials that you are looking for.

While building outposts and crafting weapons, you will also need to defeat zombies and animals that pose a threat. Overall, think of this game as a scarier version of Minecraft. 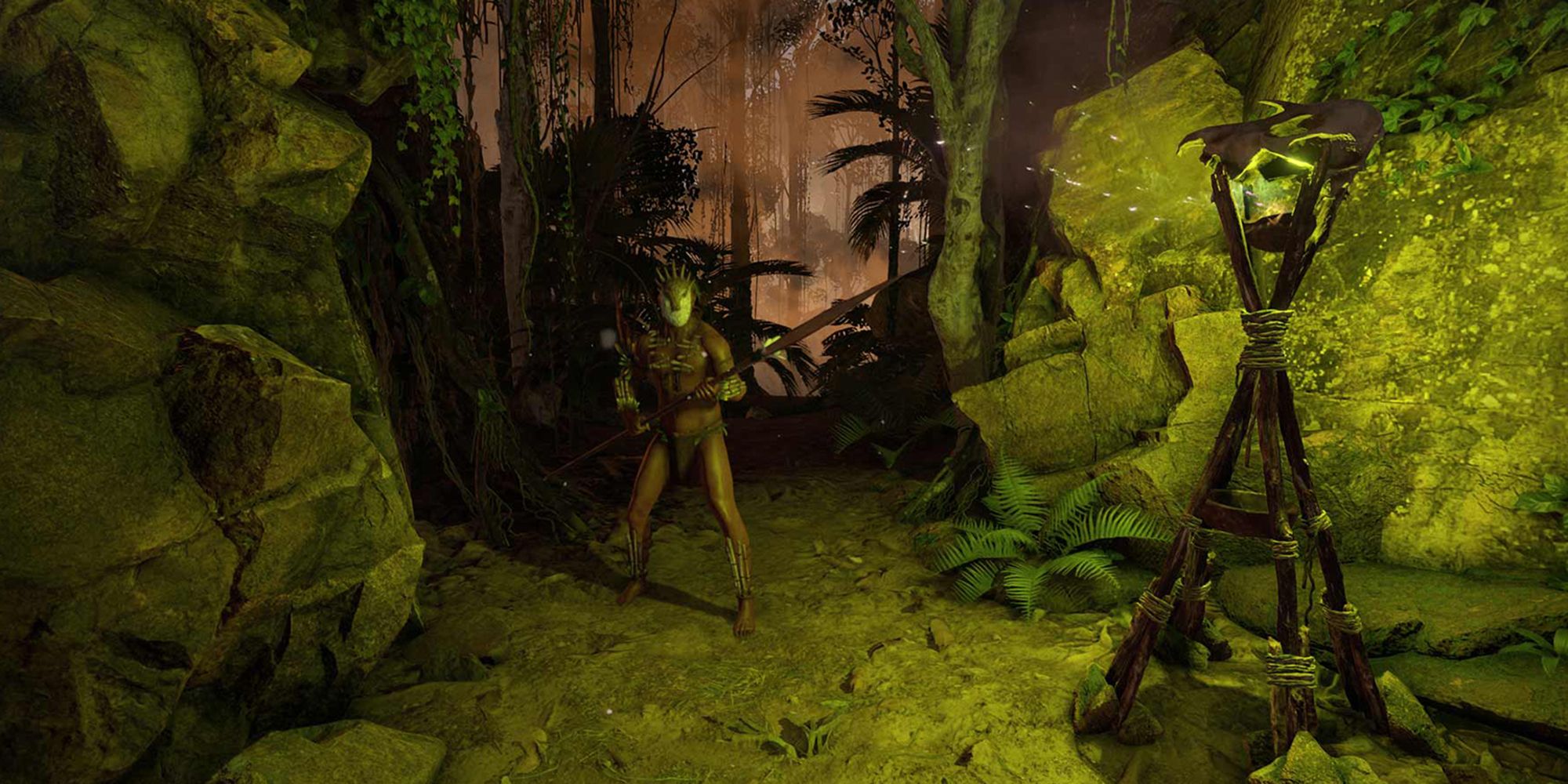 Green Hell is similar to The Forest, so if you enjoy that game, then we recommend giving Green Hell a try. In this game, there are no zombies; instead, you will need to survive the harsh Amazon jungle.

In the Amazon, you will come across hostile people, dangerous animals, and natural hazards. The game has a sense of realism, with many of the survival techniques being used in the real world. 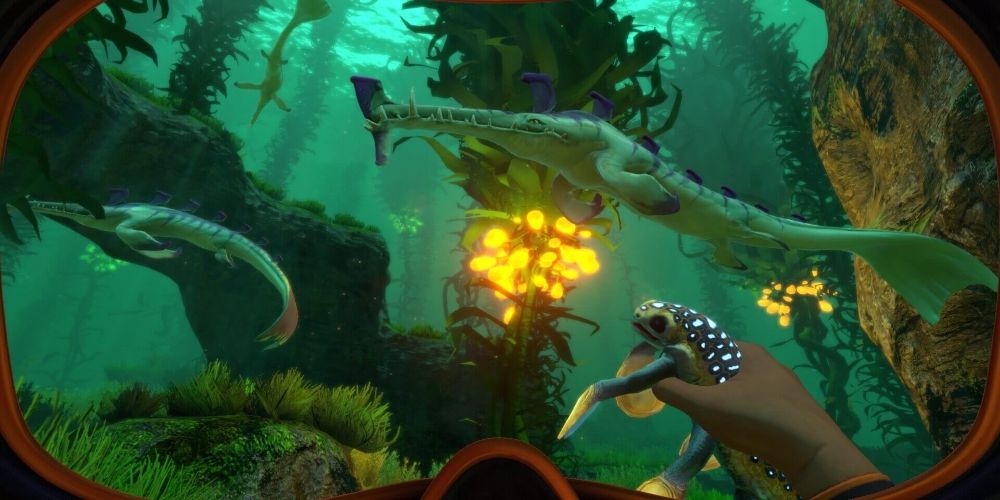 Lastly, we have Subnautica. This underwater survival game may not seem similar to 7 Days To Die based on screenshots, but this is where you are wrong. While around your base in Subnautica, you can have a relaxed experience.

Straying into dark waters is where things take a turn. This game has some creatures that are absolutely terrifying, making exploring a scary process. Rather than running from aliens, you will swim from unknown deep-sea horrors.