You are here:
Home / 15 Pokemon That’d Be Useful Around The House

15 Pokemon That’d Be Useful Around The House

The world of Pokemon must be both an exciting and sometimes frightening place to live in. With Jigglypuff that can lull you to sleep with a song, to Hoopa that can pick you up and transport you to a secret location with no return, Pokemon are capable of some really powerful abilities.

Updated on December 20th, 2022, by Doruk Kaptan: With each new generation of Pokemon, lots of new designs are added to the evergrowing roster, ranging from cute and huggable to fierce and dangerous. This holds true with the newest games, Pokemon Scarlet and Violet.

Some Pokemon, however, are so helpful that you can't help but want them as a pet in real life. While their abilities may not translate to the monster-collecting RPG genre, they would be incredibly useful to have in real life. Thus, here are the Pokemon that would be the most useful around the house. 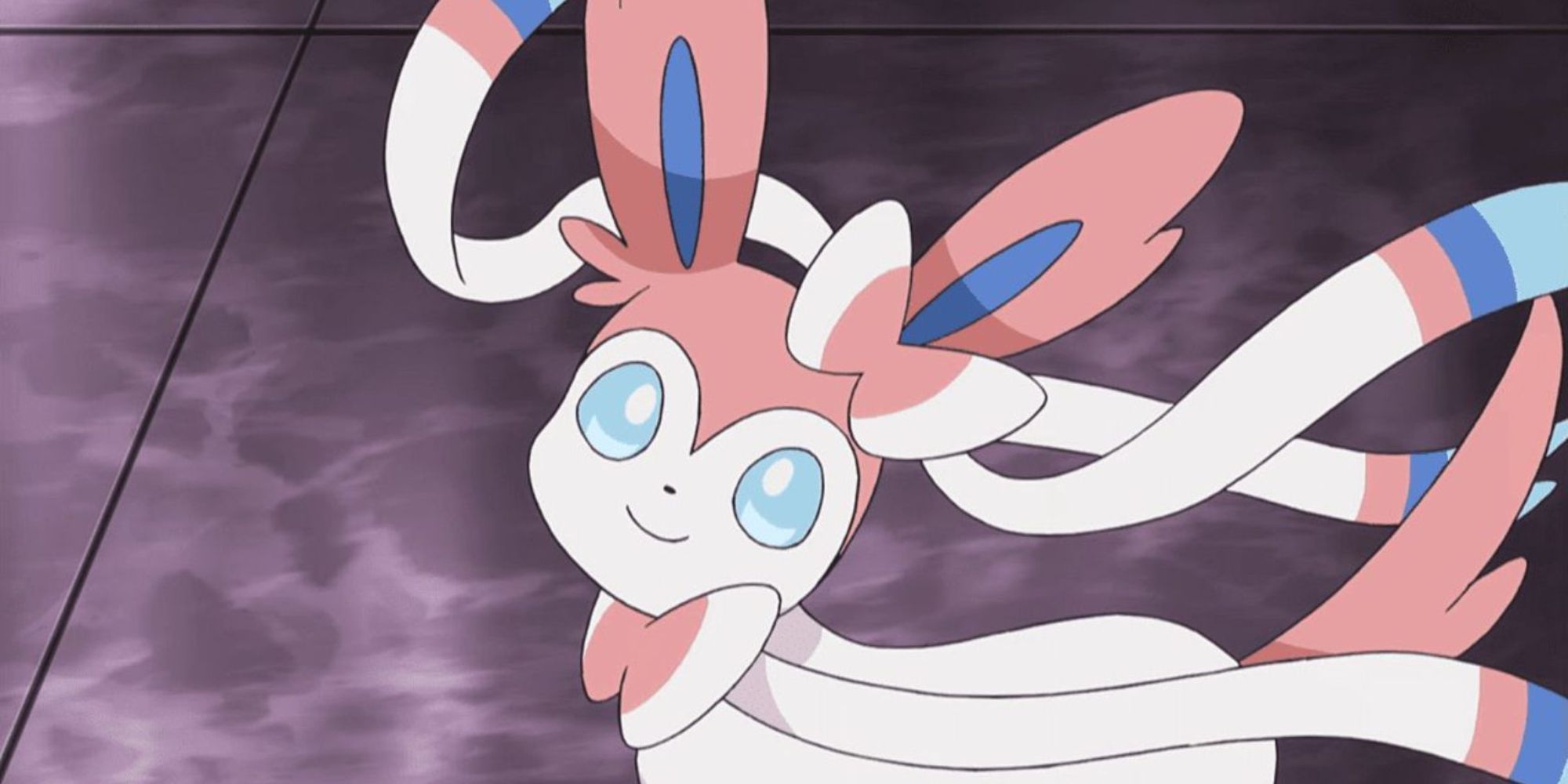 Life is stressful; we all know that and try to manage it the best we can. Unfortunately, sometimes things become a bit too much and chaotic to manage properly. It's not a surprise that many of us need therapy at some point in our lives. Luckily, Sylveon is the perfect Pokemon to soothe those nerves.

This adorable Fairy-type can feel hostility and negative feelings, only to emit a soothing aura to restore calm to the situation. On top of being a perfectly cute pet, Sylveon would be the perfect emotional support Pokemon, letting your negative feelings fizzle and give you composure. 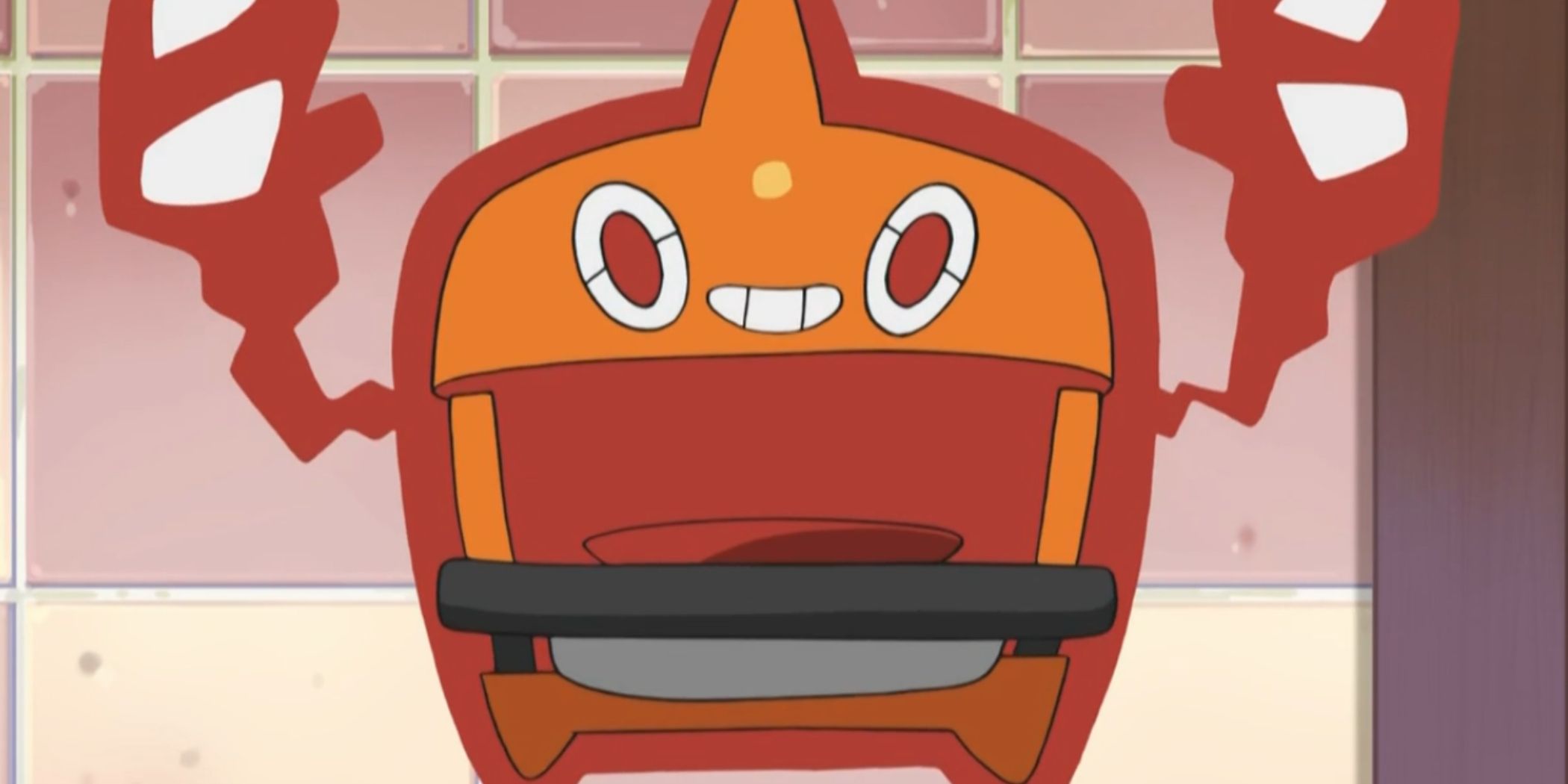 On a more material note, Rotom would be an incredible asset in the modern day. Computers, electronics, and machines are in every aspect of our lives nowadays, and having a Pokemon loyal to you that can manipulate said items would be invaluable. While in the games, Rotom is mainly seen infiltrating appliances and a few devices like phones and Pokedexes, it's reasonable that Rotom can enter any electronics.

That probably means you're never going to need a car mechanic, an IT guy, a repairman for appliances, and more. This little ghost is the ultimate tech support and would be great to have in real life. 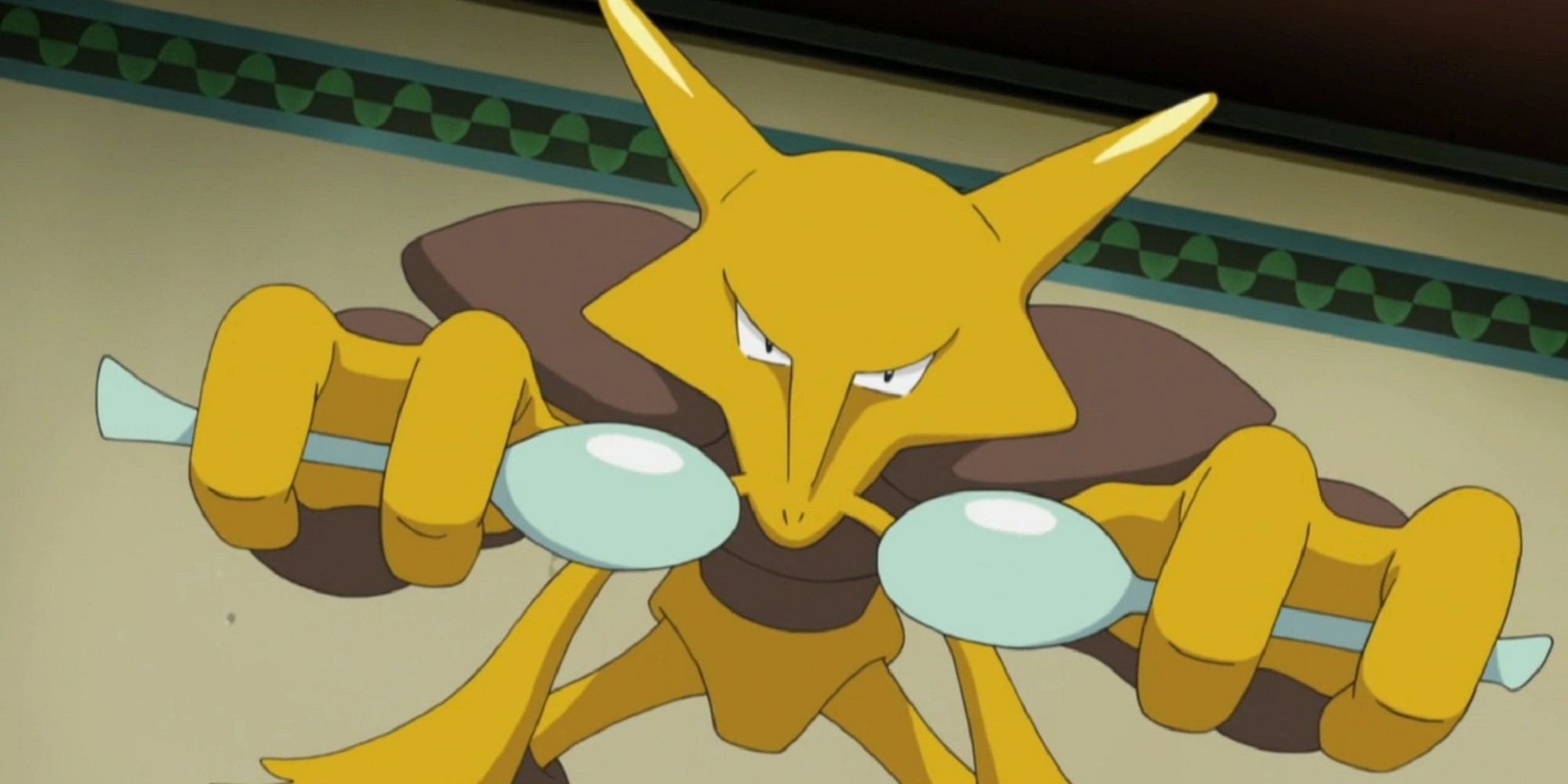 Commute sucks. While it does give us a brief moment to steam off after work or wake up in the morning, most people would rather not waste time on the road, as proven by how popular remote work is becoming. Well, there's not a faster way to travel to where you're going than teleporting. Alakazam could easily eliminate travel time from your life.

While many Psychic-types and other Pokemon learn the move Teleport, Alakazam is extremely smart on top of that. It can easily help you problem solve, come up with solutions to problems and cover the areas where you might be struggling. 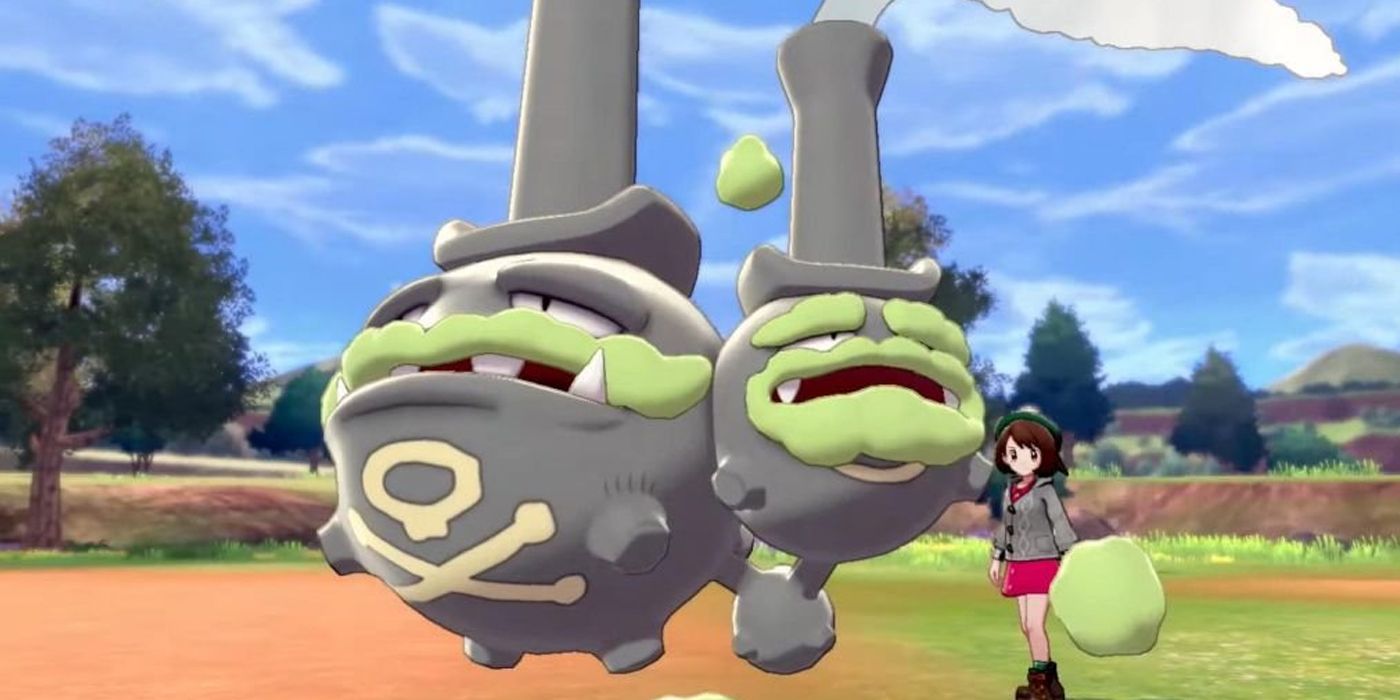 While it may seem weird that a Poison-type is one of the best Pokemon to have at your house, Galarian Weezing absolutely is. This hilarious-looking Pokemon consumes particles that contaminate the air and poops out clean air. Especially in modern days, where pollution is a huge problem, having your personal air cleaner would be great.

It is a bit big, coming in at about 9'10", so it might be a bit of an issue to find a place for it in your home. Even if you fail to find a smaller specimen, Galarian Weezing would be great to have a few of in any neighborhood, constantly cleaning the air. 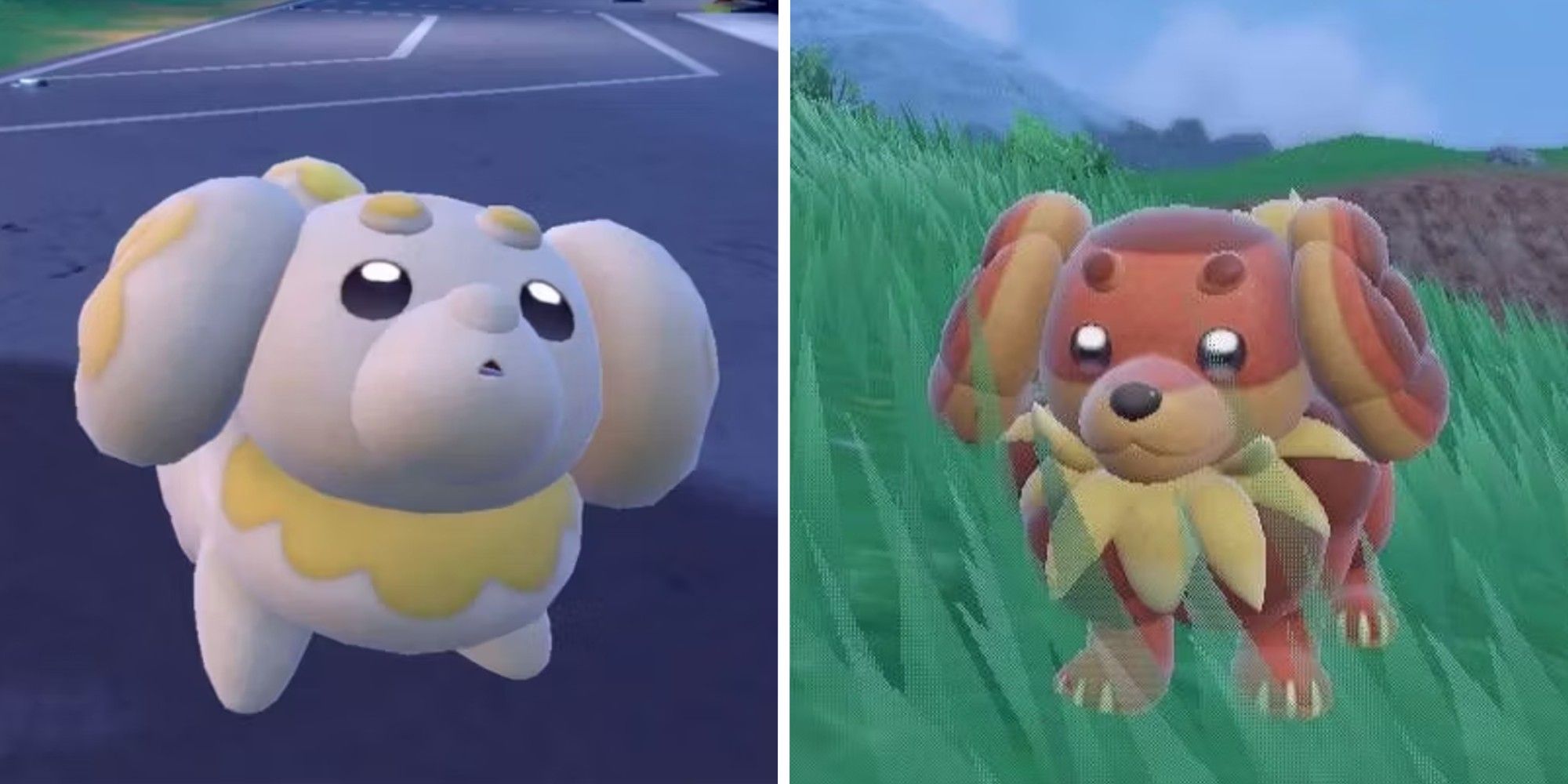 Way more manageable than a Galarian Weezing is the Paldean Pokemon Fidough and its evolution Dachsbun. These are incredibly huggable dog Pokemon, and they are great for those who aspire to cook. According to the Pokedex, both Fidough and Dachsbun were beloved by people in old times, and for good reason.

Dachsbun, the cooked evolution of Fidough, emanates a pleasant aroma that helps wheat grow. That's very useful for production and even for those who live in rural areas. Fidough, on the other hand, breathes out yeast, which is useful for cooking. Both of these Fairy-types are as useful as they are adorable. 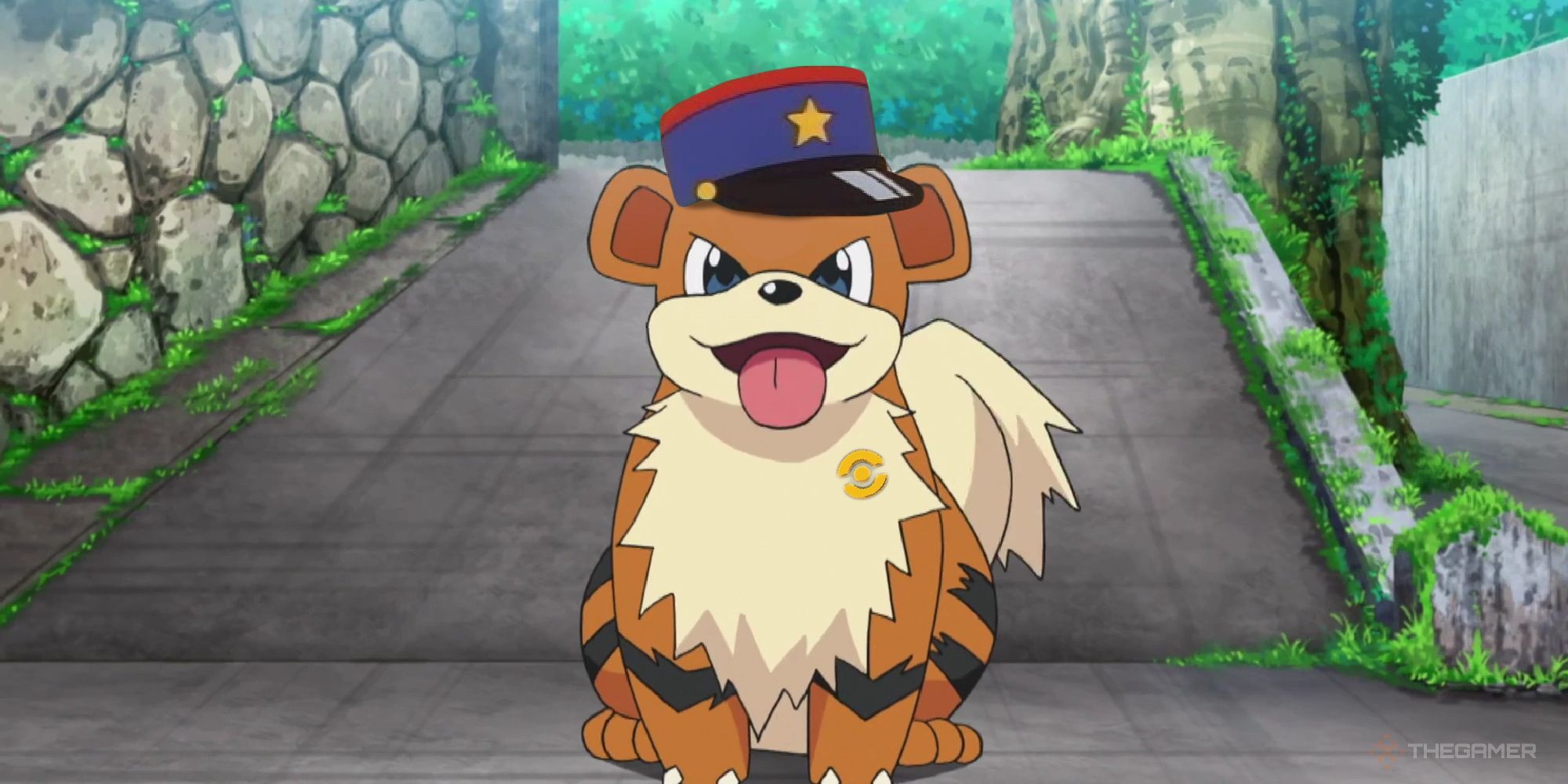 These fiery pups are extremely loyal to their trainers; according to the Pokemon Black 2 Pokedex, Growlithe is a Pokemon with a loyal nature. It will remain motionless until it is given an order by its Trainer.

As if having a dog that comes pre-trained and 100% obedient wasn’t enough, Growlithe also defends its owner and territory via barking, roaring, and biting. It will even go up against enemies larger and stronger than it is. This makes Growlithe the perfect guard dog to keep you and your family safe from intruders. You could even evolve it into an Arcanine and have a mount ready to go. 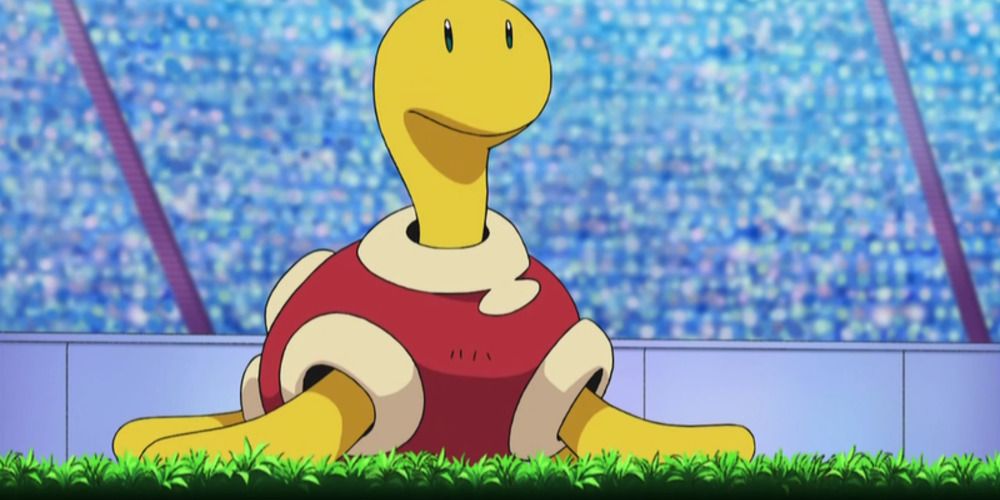 Shuckle is the strange, ultra-defensive, turtle-like Pokemon that appears to be five worms crawling out of a shell. According to its Pokédex entry from Pokemon Diamond, it has a unique ability that may prove useful to its owner: It stores berries in its shell. The berries eventually ferment to become delicious juices.

Admittedly, drinking the juice of berries that have been stashed inside a creature’s shell doesn’t sound all that appetizing. But milk from a cow is just as bizarre, and that stuff’s delicious. If you can get over the idea of drinking juice that’s been fermenting next to a Shuckle’s body, you would have an unlimited supply of juice that is described by geniuses of the Pokemon world as delicious. 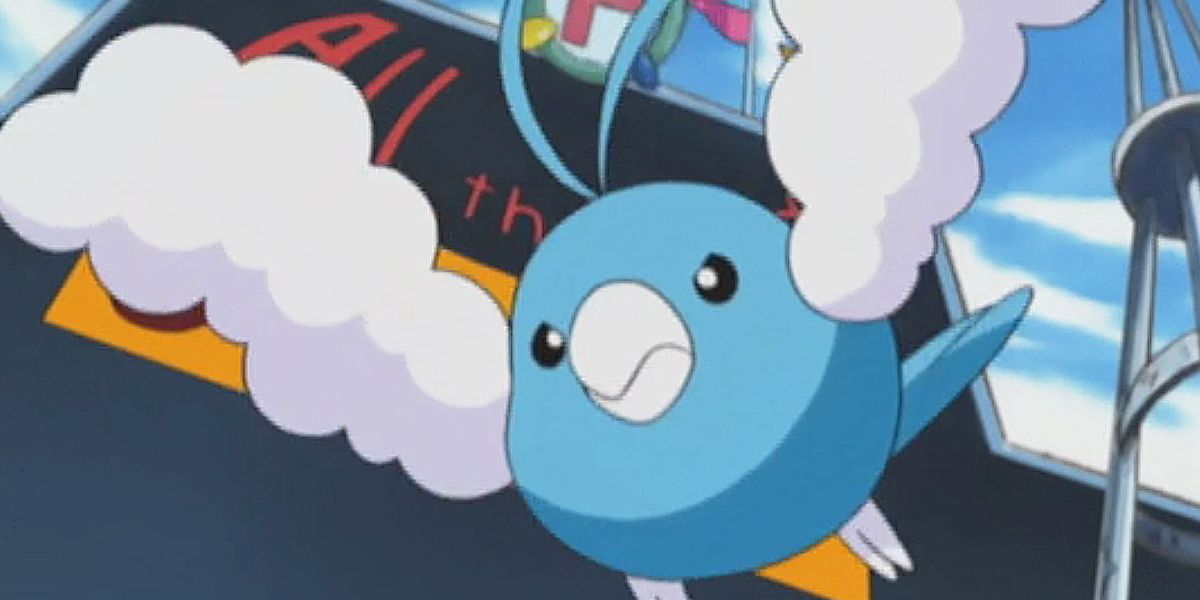 Swablu would be the perfect Pokemon for people who like to keep a clean house but don’t like dedicating their afternoons and Saturdays to maintaining that cleanliness. According to its Pokemon Sapphire Pokédex Entry, Swablu loves to make things clean. If it spots something dirty, it will wipe and polish it with its cottony wings. If its wings become dirty, this Pokemon finds a stream and showers itself.

Sure, you have to do a little landscaping to ensure a continual stream of water by your house that'll keep Swablu from wandering off after it’s cleaned up. But it’s certainly worth the effort if it means never having to sweep, dust, or mop your own place ever again. 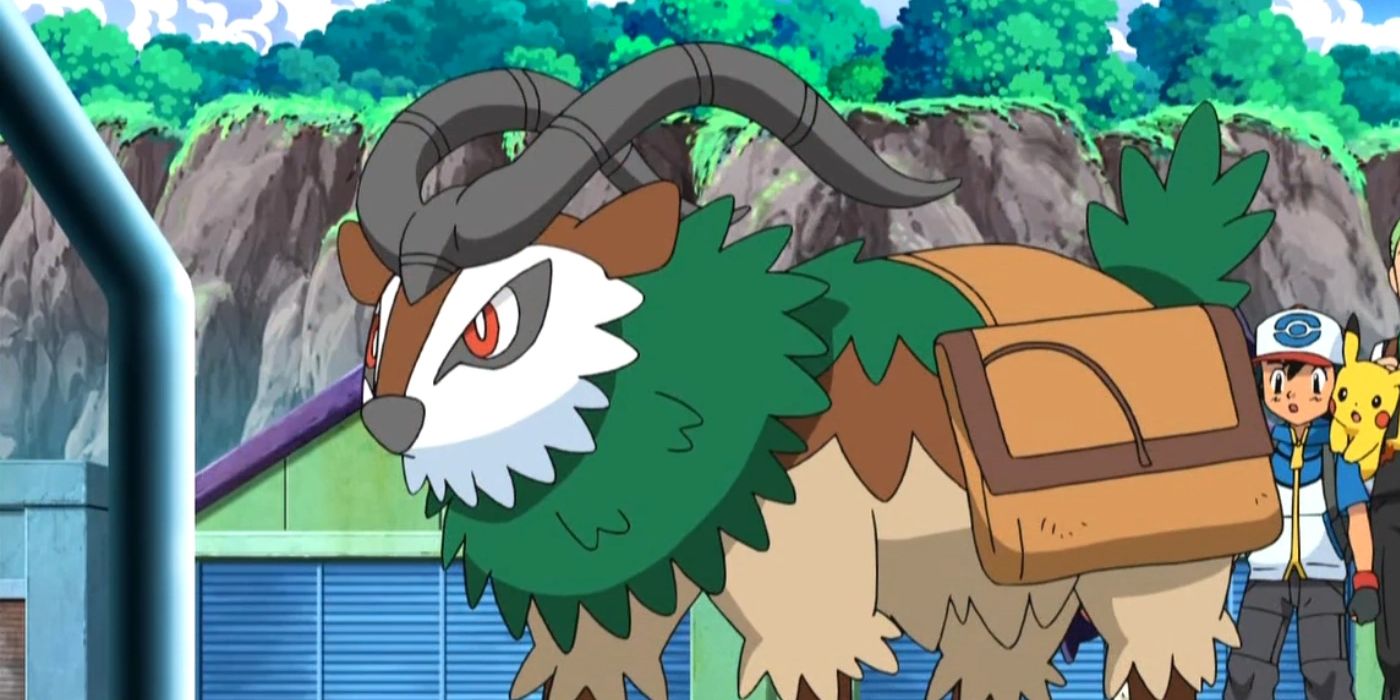 Gogoat would be a useful Pokemon to have for its ability to transport you wherever you need to go. According to its Pokemon X entry, It can tell how its trainer is feeling by subtle shifts in the grip on its horns. This empathetic sense lets them run as if one being.

That’s right: this Pokemon acts like the horses from the movie Avatar and bonds with the rider to know exactly where to go and how fast it should travel. Admittedly, if Pokemon were real, a person could train any flying Pokemon to take them where they want to go. But having a Pokemon read your mind and travel accordingly would be very handy, especially when it has this ability without any training necessary. 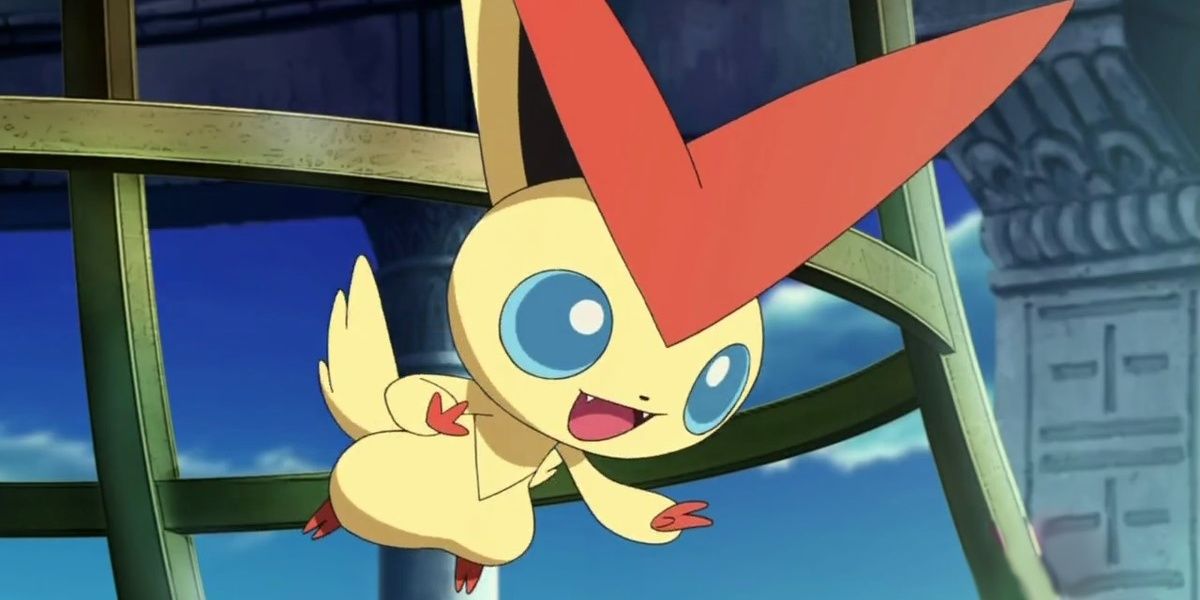 Victini could make gambling a viable career path. According to the Pokemon Black Pokédex entry, Victini has an interesting ability when it comes to luck: This Pokemon brings victory. It is said that Trainers with Victini always win, regardless of the type of encounter. Granted, this is a rumor since Victini is a mythical Pokemon, and if it was true, every Pokemon trainer in their right mind would have one, creating a unique paradox.

But another Pokédex entry from Pokemon Black 2 hints at another powerful ability that would be nice at home: When it shares the infinite energy it creates, that being's entire body will be overflowing with power. Even if the guaranteed wins turned out to be a bust, it sure would be nice to get some of that infinite energy after a brutal day at the office or an intense workout. 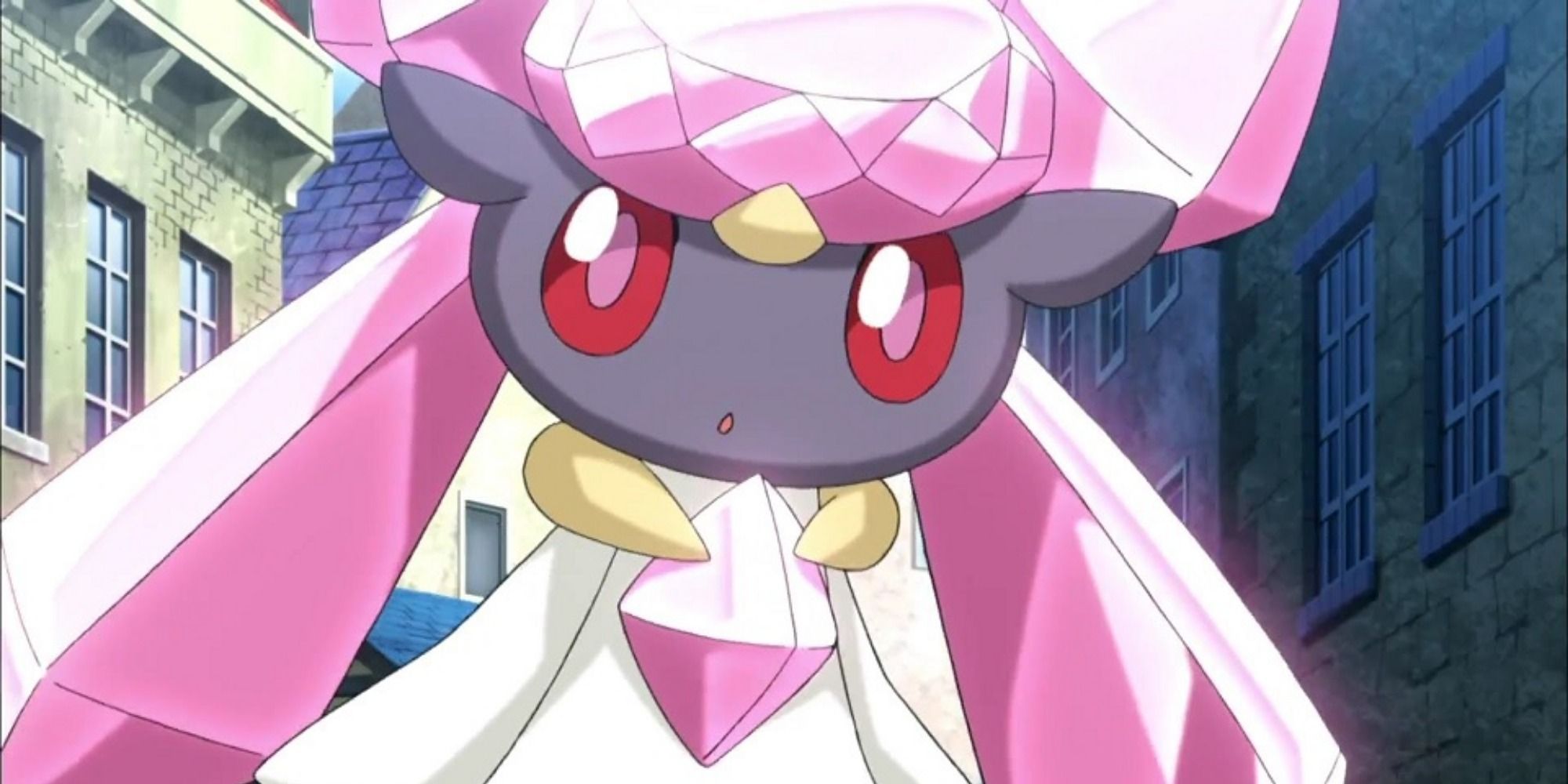 Diancie, in the real world, would quickly become a girl's best friend. According to the Pokédex entry from Pokemon Y, this Pokemon has a dazzling ability: It can instantly create many diamonds by compressing the carbon in the air between its hands.

An infinite source of diamonds would quickly allow a person to achieve a huge fortune if they dispersed it carefully and slowly in the marketplace. This makes this Pokemon a must-have around the house. At the very least, it’s an infinite supply of jewelry. 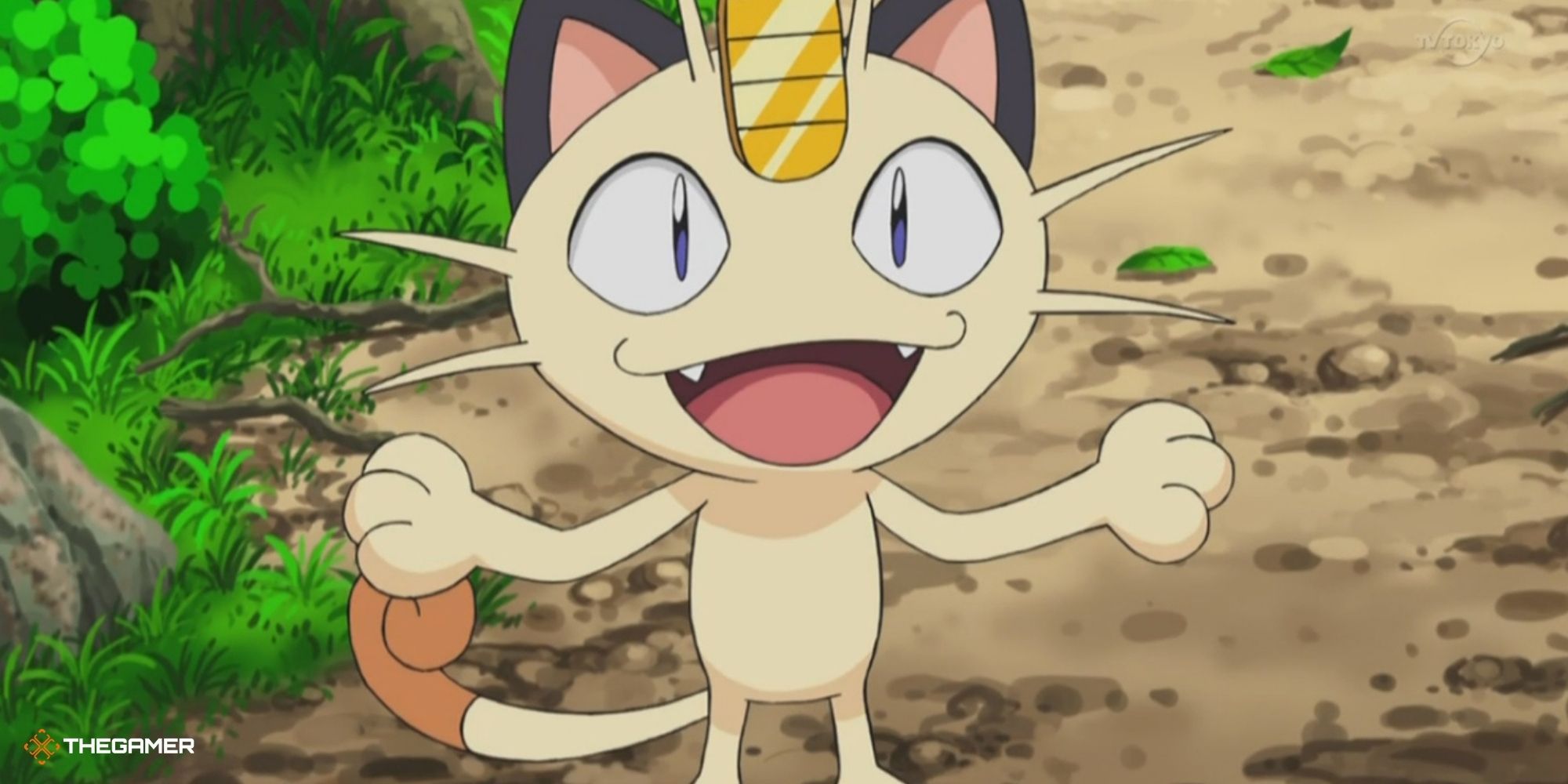 For those less entrepreneurial types who don’t want to bother selling diamonds or craft jewelry, Meowth is a good Pokemon for building up some pocket change. According to the Pokédex entry in Pokemon SoulSilver, it loves anything that shines, proving how much of a cat Meowth actually is. It especially adores coins that it picks up and secretly hoards.

Sure, you have to find that hoard, and you couldn’t leave your own coins lying around. But if you properly trained your Meowth to drop its nightly collections in the same spot every morning, you would have a stash of coins for the laundry and vending machines or even let it build to fund that vacation you wanted to go on. 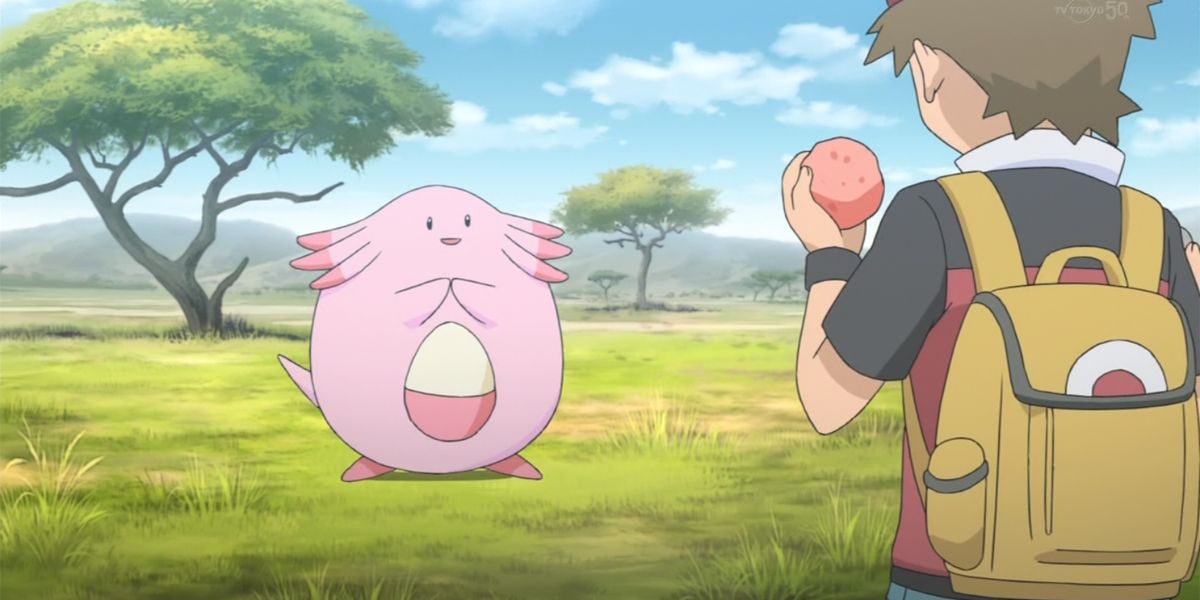 Chansey is arguably one of the most useful Pokemon on the list, given that it has multiple useful abilities. According to its Pokédex entry from Pokemon Ruby, Chansey lays nutritionally excellent eggs on an everyday basis. The eggs are so delicious; they are easily and eagerly devoured by even those people who have lost their appetite.

That means you would never get sick of eating Chansey eggs, no matter how many you ate. Considering how big a Chansey egg would be, you’d have a free nutritional breakfast for you and your family for the rest of your life. Not to mention Chansey is known for its healing moves and the ability to bring happiness to its trainer. This would be a very nice Pokemon to have for anyone, indeed. 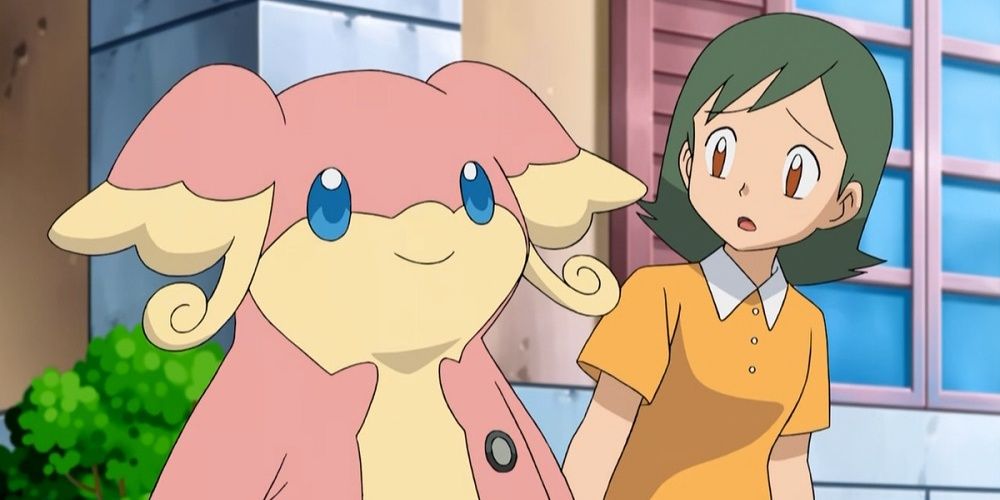 Speaking of healing, an Audino would be a nice Pokemon to have around the house for emergencies or accidents. According to its Pokédex Entry for Pokemon Black, Audino has a knack for sensing problems in other people: It touches others with the feelers on its ears, using the sound of their heartbeats to tell how they are feeling.

Combine this awareness with its signature move Heal Pulse, which restores up to 50% of a person’s health; this Pokemon would be handy for clumsy individuals, those with medical problems, or anyone who doesn’t want to have to pay for expensive health insurance. 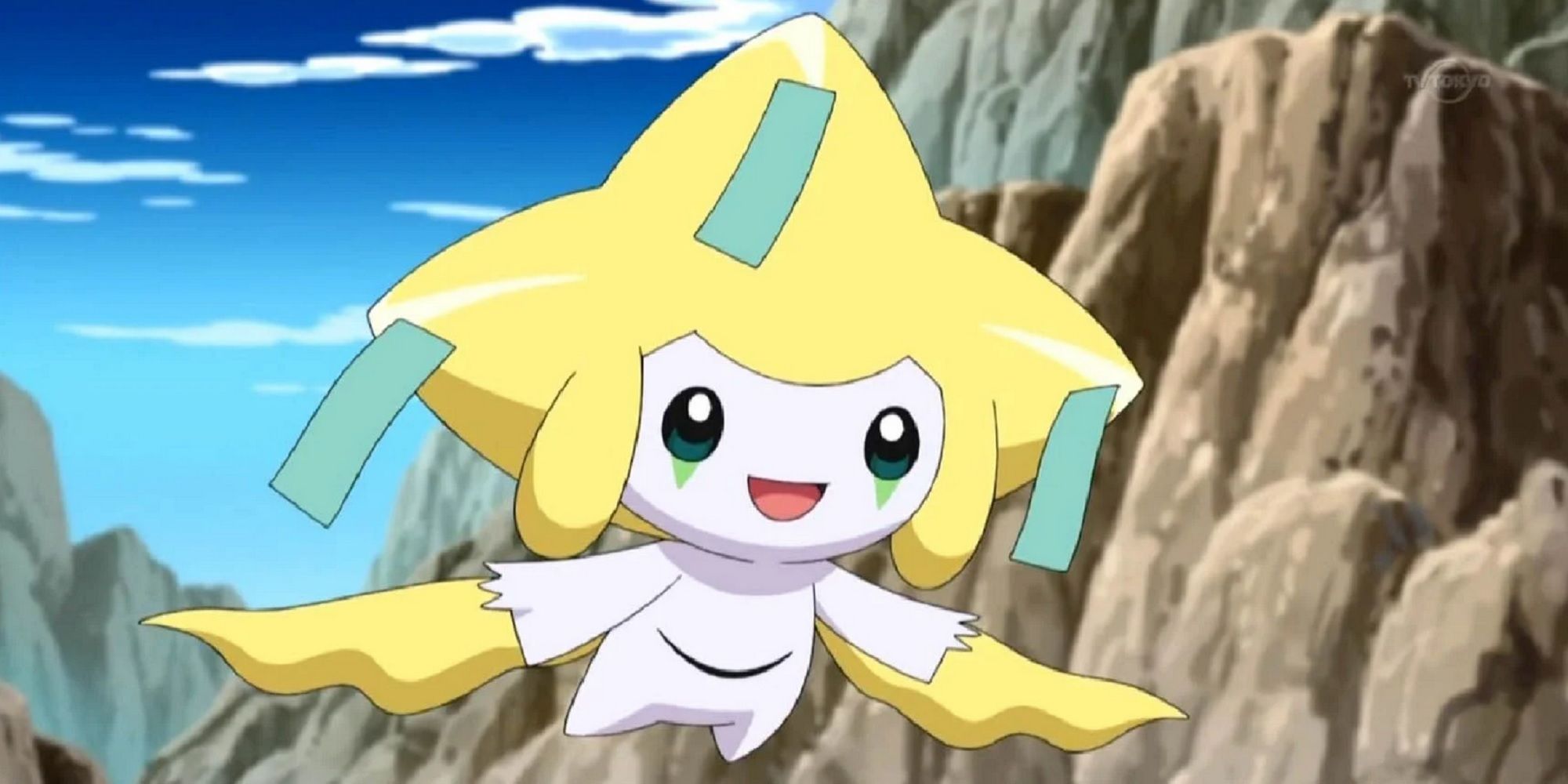 This could either be the most useful Pokemon on the list or the saddest Pokemon to have around the house. According to its Pokédex entry in Pokemon Heart Gold, this Pokemon has an amazing ability: Generations have believed that any wish written on a note on its head will come true when it awakens.

It sounds awesome, but the important clause is when it awakens. According to other entries, this only happens once every thousand years if someone sings to it in a voice of purity, whatever that means. So, if the timing is right and you have the right set of pipes, you have yourself a free wish from this Pokemon. Otherwise, it’s a lump on the couch that your Swablu will dust occasionally.