You are here:
Home / 10 Video Game Quests That Had No Business Being That Creepy

10 Video Game Quests That Had No Business Being That Creepy

Games take you on adventures that see various forms, from exciting car chases and challenging fights to dull fetch quests and funny random objectives that ultimately pepper your hero’s journey.

Sometimes, developers suddenly throw you a curveball that you don’t see coming because of how powerful your character is or how different the tone is from the rest of the game. You expect a spook or two from titles like Madison or Observer, but there are plenty of fun games that suddenly throw you into a quest that has no business being that creepy. 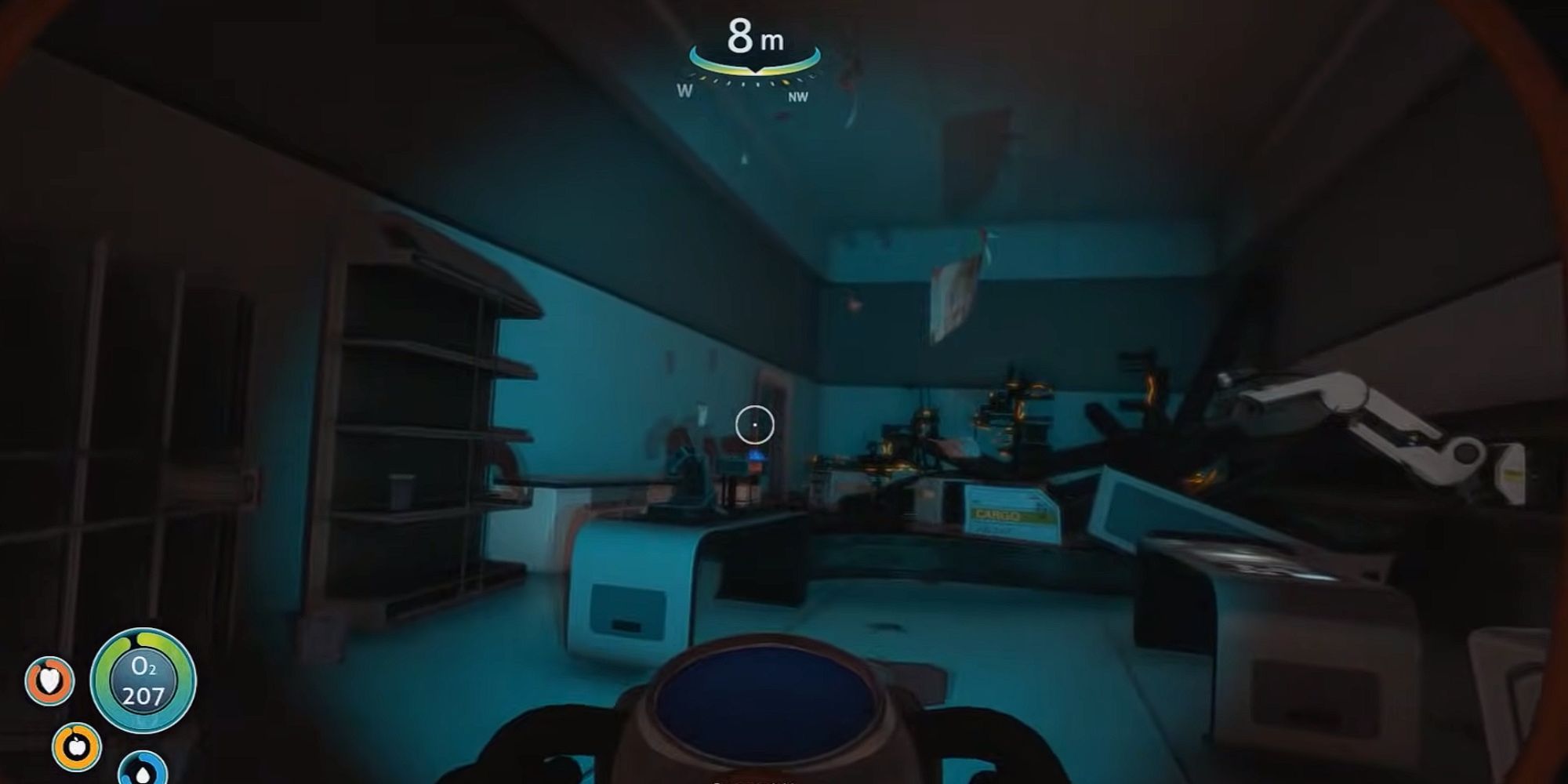 Subnautica is a fascinating open-world adventure that lets you explore the great depths of an alien ocean. The whole catalyst for your exploration is the fact that your ship, the Aurora, has crashed into a distant planet. Your goal is to survive by any means, but the missions you have to do in the wreck of your ship can cause a palpable unease. Bleeders swim around inside, and reapers and stalkers lurk all around you outside the ship itself.

The Aurora is huge, and there are various chapters to get through if you want to explore the whole thing. Fiery areas and sunken sections are a massive trigger for submechanophobia, and you can’t help but feel impending doom as you wait for something to come at you. It doesn’t help that you are surrounded by the inky black ocean that overpowers even your lights.

9/10 The Ghost Haunts At Midnight – Vampire: The Masquerade Bloodlines 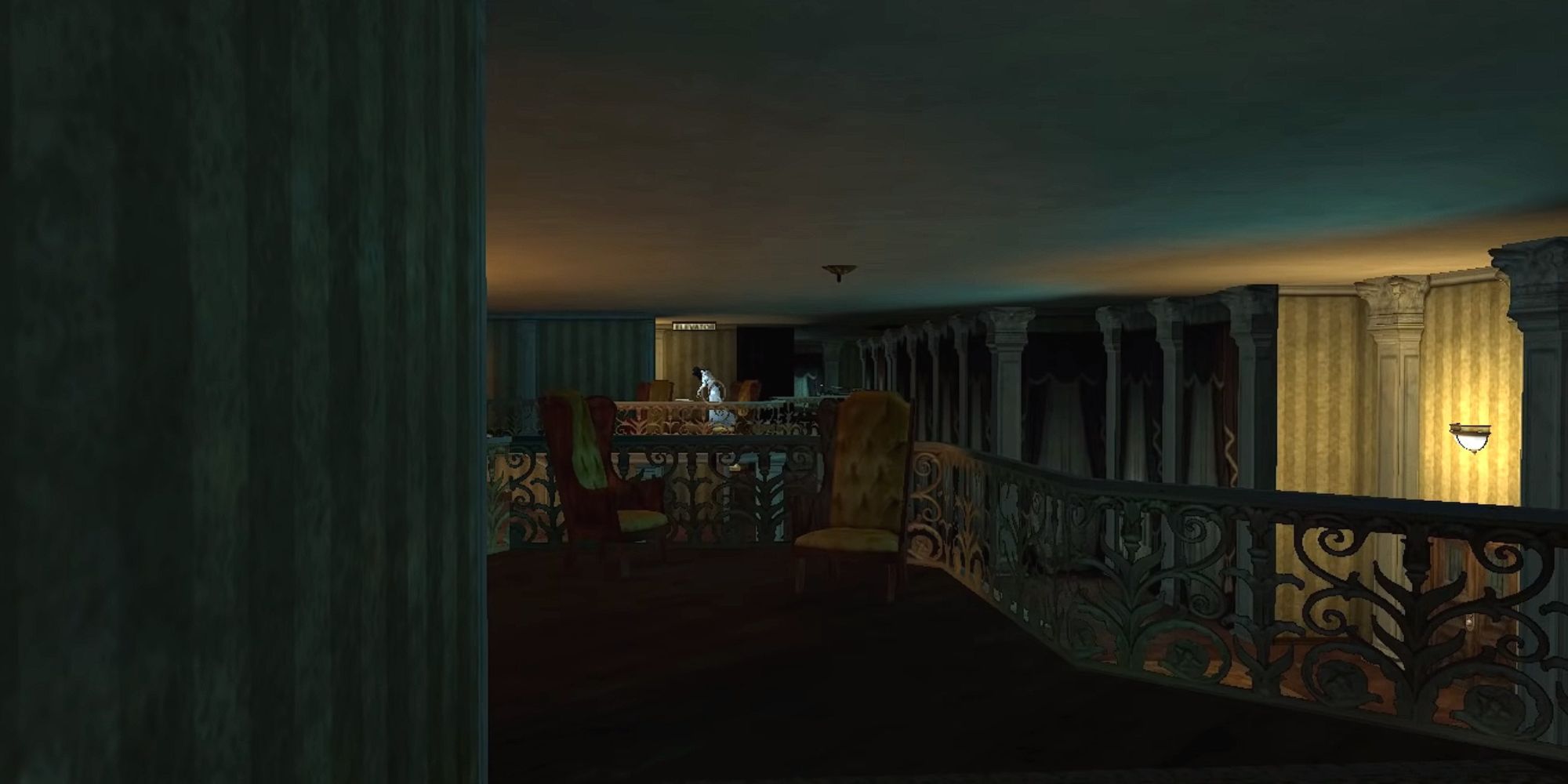 Despite the dark and moody atmosphere that Vampire: The Masquerade – Bloodlines establishes, it never feels like a horror game because you are a vampire that is steadily growing in power. The more abilities and skills you have, the more unbeatable you feel. Only the sun could get in your way, and the creatures of the night are your kin.

When you are tasked with getting a locket from an abandoned hotel to release the spirits that are haunting it, there is a distinctive shift in the vibe of the game. Suddenly, you are hearing disembodied voices (even if you’re not Malkavian), seeing apparitions, getting attacked by items flung your way by an angry poltergeist, and falling down basements with ghosts hiding.

Jumpscares, various ghost events, haunting sounds, and disturbing newspaper clippings are littered throughout the hotel and it can genuinely creep you out enough that you’ll want to just speed through the entire quest. 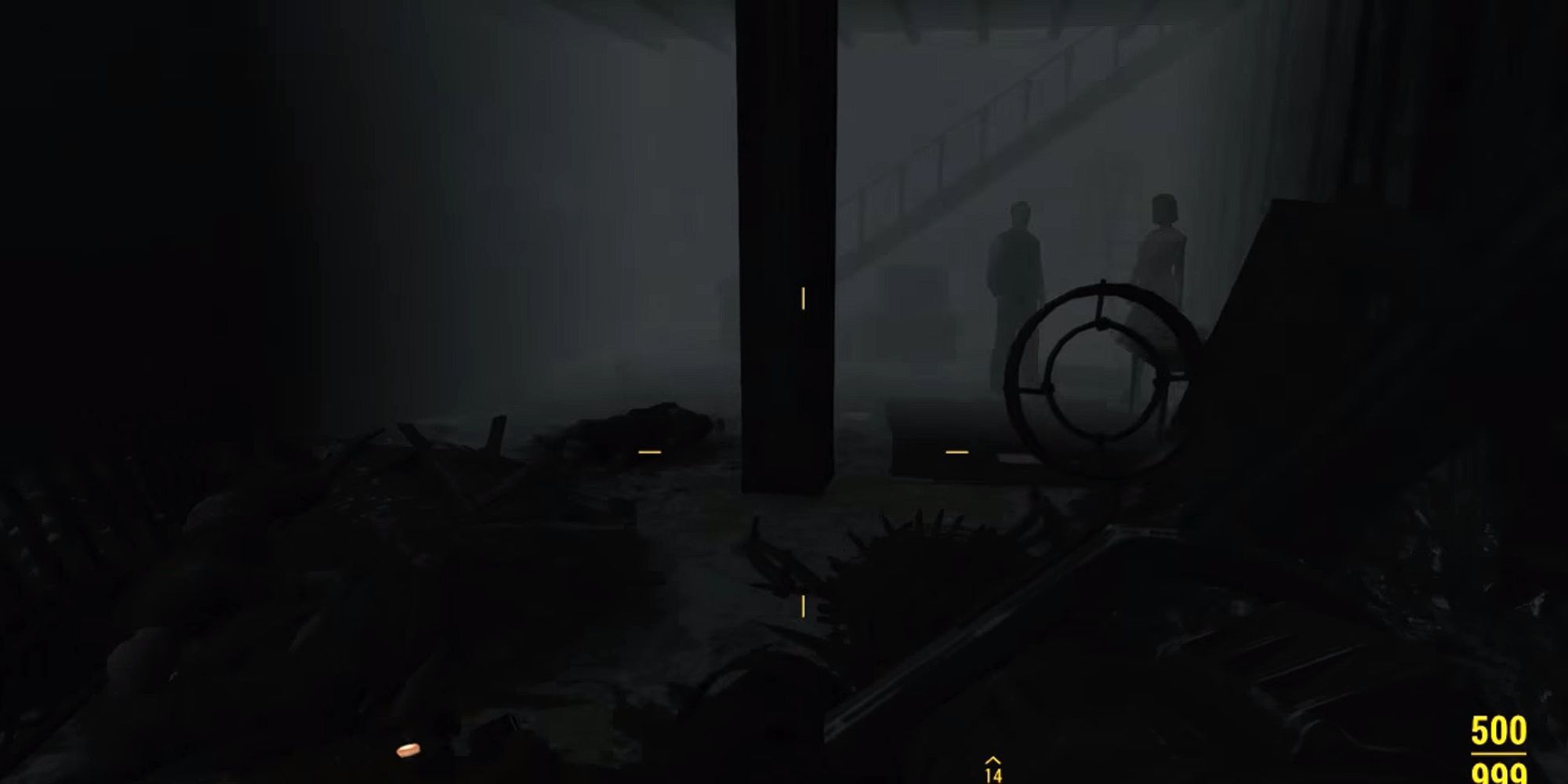 When you are warned about witchcraft in Fallout 4, the best course of action is to simply steer clear. That said, you just wouldn’t be the Sole Survivor if you didn’t have the audacity to forge ahead anyway, would you?

The Devil’s Due, with its ominous quest name, beckons you to explore the Museum of Witchcraft to figure out what foul things are happening there. As you make your way through the quest, you are faced with Deathclaws, eerie growling that creeps ever closer, life-sized mannequins in the worst places, and bodies being dragged across gaps in the ceiling. The sounds that jump you at the sight of shadows in the distance also don’t help, but at least you can bring a companion to tag along with you. 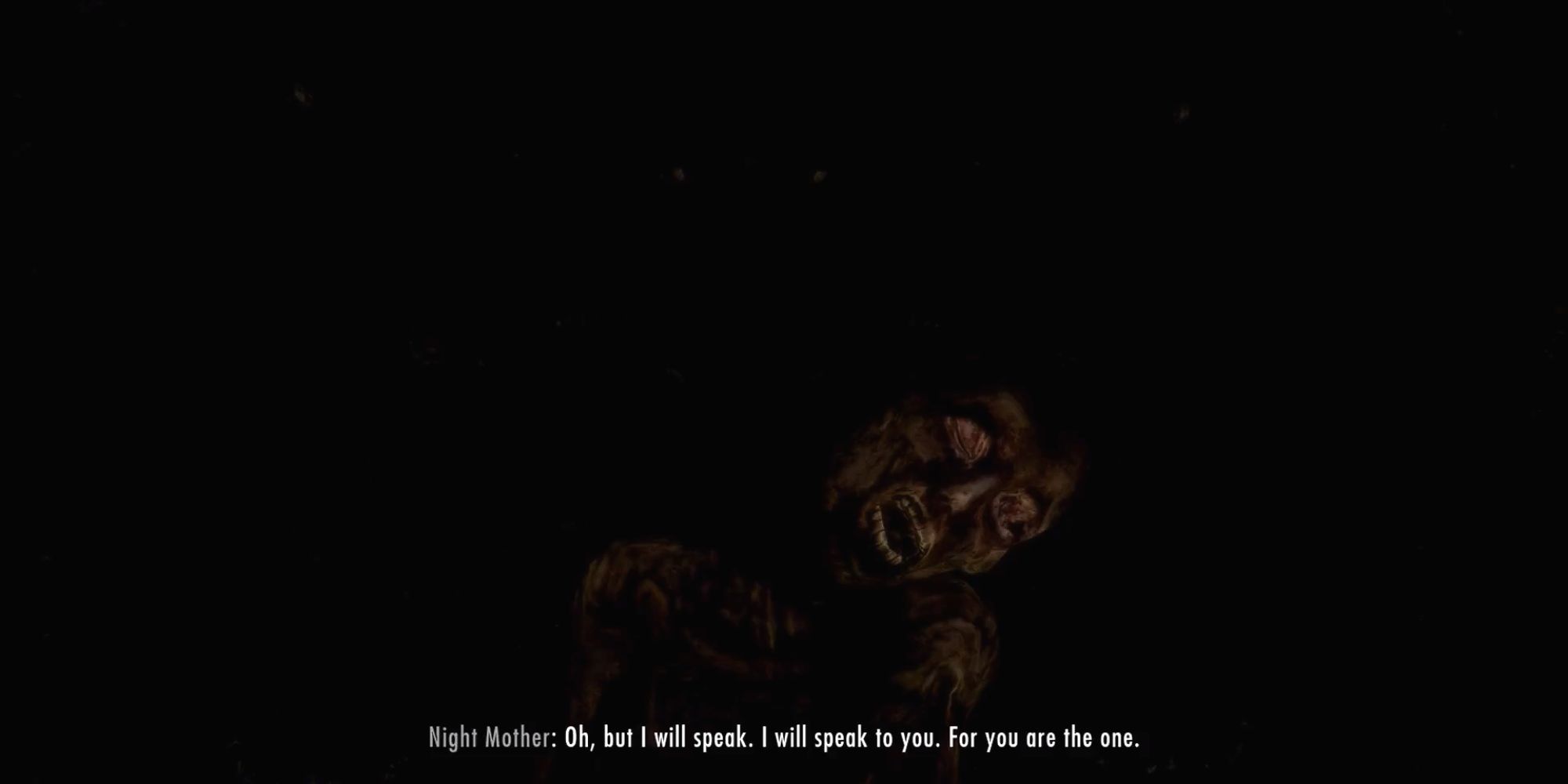 Skyrim has no shortage of scary quests, but what makes Whispers in the Dark stand out is the fact that you’re never really in any blatant danger. You are told to spy on Cicero by hiding inside the Night Mother’s coffin and listening in on his conversations.

As if hiding in an extremely tight coffin with a corpse inside of it wasn’t creepy enough, you have to listen to mad ramblings in pitch darkness until you start seeing the Night Mother’s corpse appear dimly before you. Oh, and it’s whispering to you. Spine-tingling. 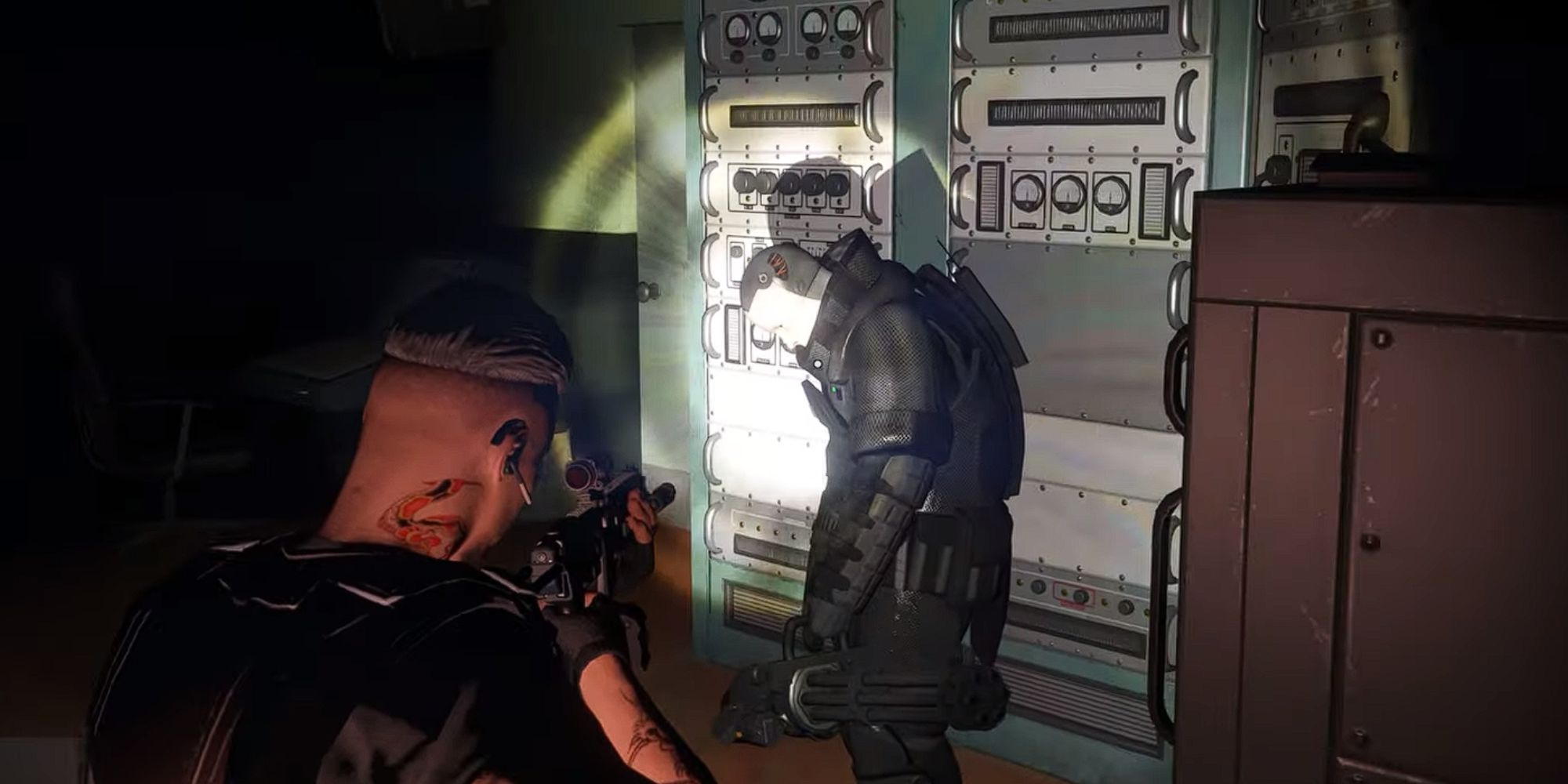 The final mission in GTA Online's Operation Paper Trail questline is a stark contrast to the missions you have to do before it. After all the criminal activity and online shenanigans you’ve masterfully accomplished, you must now make your way across the silo in pitch-black darkness.

You have a flashlight and guns at your disposal, but it doesn’t make the place feel any less chilling. Winding halls with sleeping Juggernauts in corners await as you try to restore power to the place. The cloying emptiness combined with the subtle sounds of breathing from the Juggernauts can really give you the heebie-jeebies. 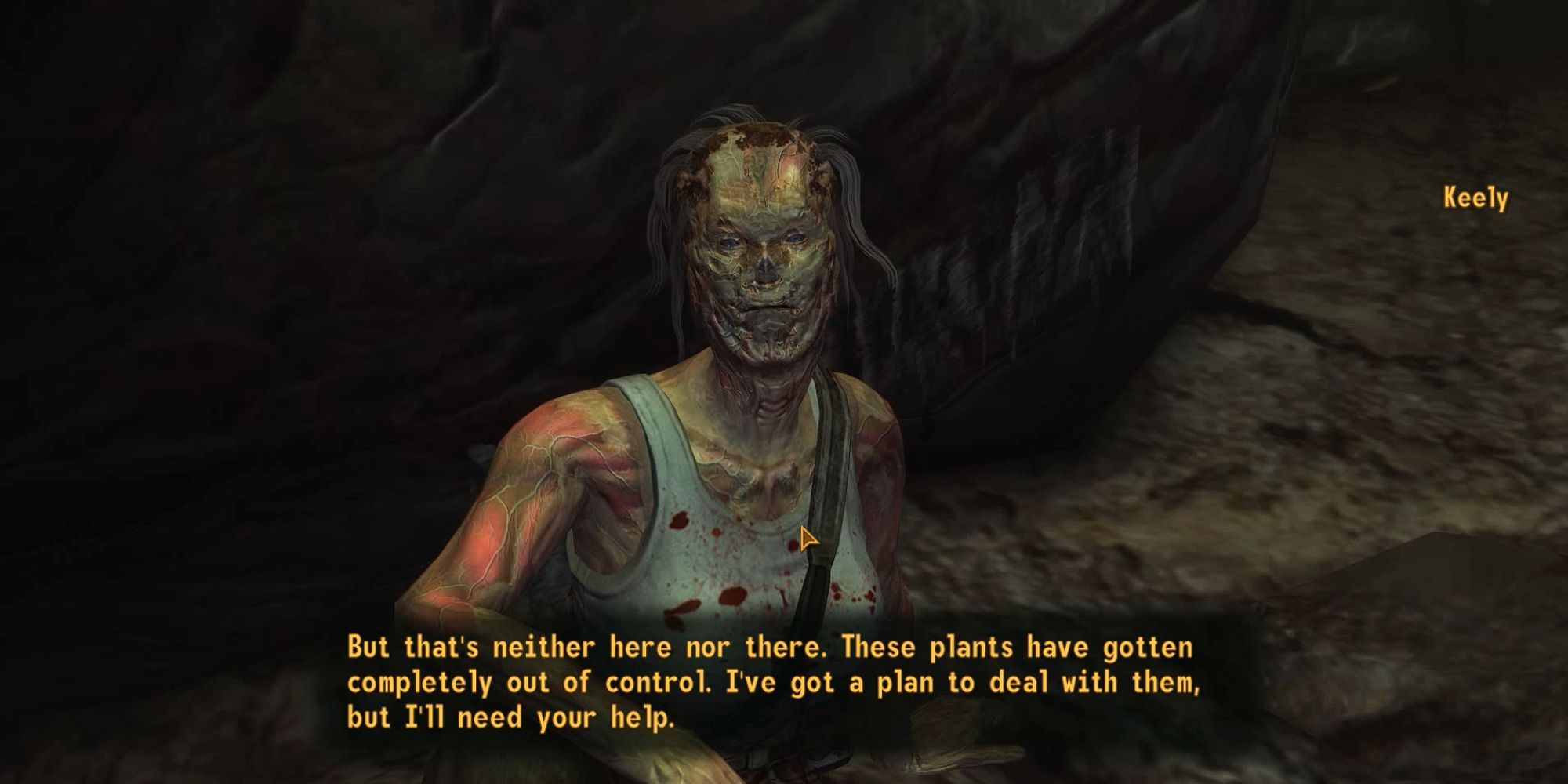 The entire Fallout series has many a petrifying vault that you’ll need guts to enter, but one of the most memorable ones in Fallout: New Vegas is Vault 22. There are various side quests that can lead you to this vault, with the most impactful one being There Stands the Grass.

Full of overgrowth and spores, this vault manages to seem unending and claustrophobic all at once. It’s easy to get lost here, and there are numerous mutated creatures that lurk in the long-forgotten halls. If you venture even deeper, you can find dimly lit caverns that make the journey even more disorienting and suffocating. 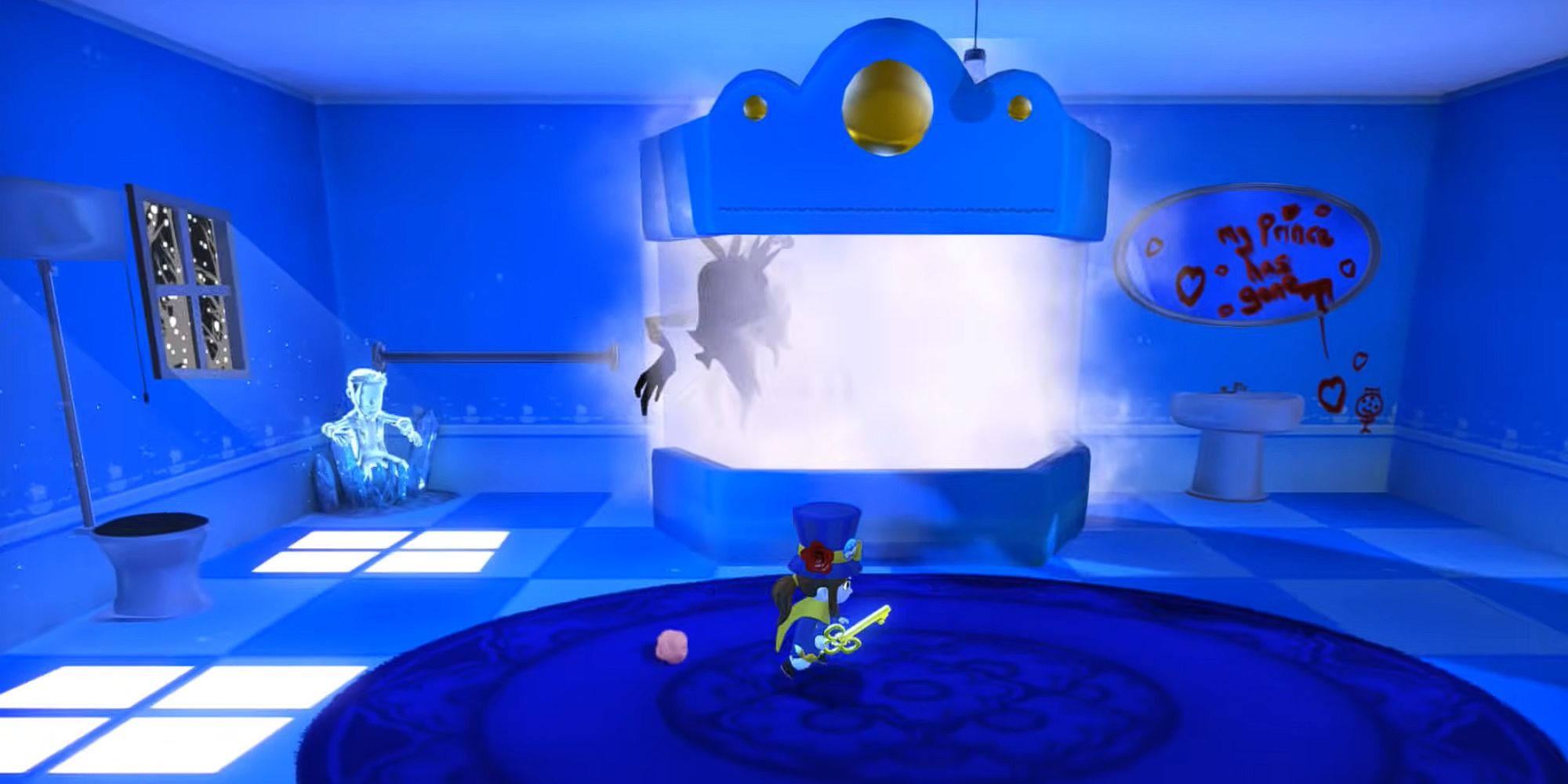 What makes navigating Queen Vanessa’s Manor so unpleasant is its distinctly “horror” vibe compared to the rest of the otherwise adorable game. From bright levels and fun platforming, you now make your way across frozen paths in order to get inside the manor.

This is where you are faced with sudden flashes of light, loud noises, and a terrifying black mass with glowing red eyes that you have to run and hide from. The contrast to the rest of the game is so strong that the developers even put in a little shortcut that lets you skip the whole encounter with Vanessa and go straight to the attic. 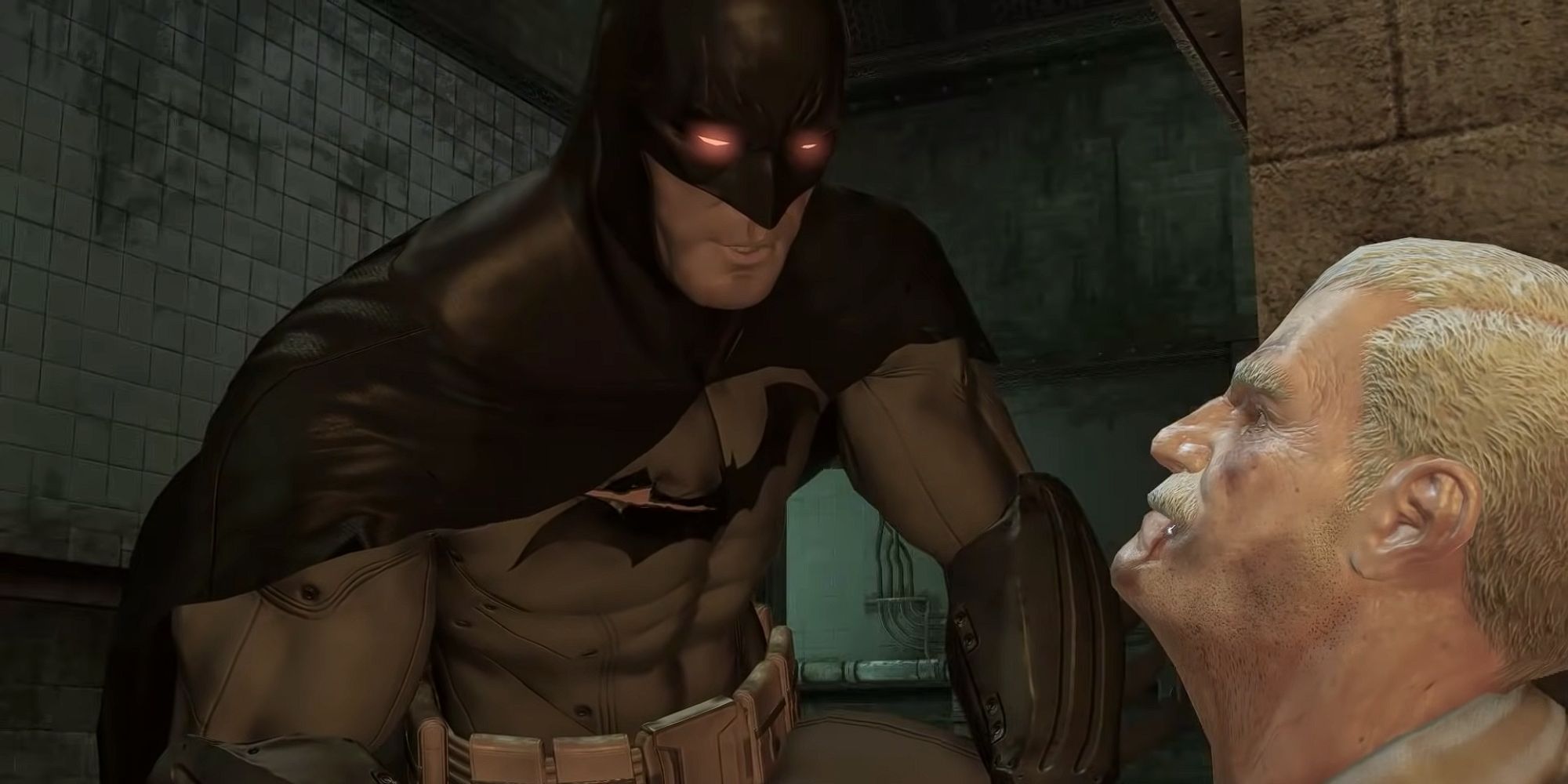 When you’re Batman, you feel invincible. You’re not afraid of anything because you are vengeance! That is until you get gassed by Scarecrow and go into a truly horrific nightmare. You get three nightmares in Batman: Arkham Asylum and each one is genuinely terrifying in its own way.

You must undergo hallucinations and apparitions, not unlike those in horror games like Mortuary Assistant. Then, you go into full-on hiding sequences where you must not be spotted by Scarecrow, who is pretty downright scary himself. 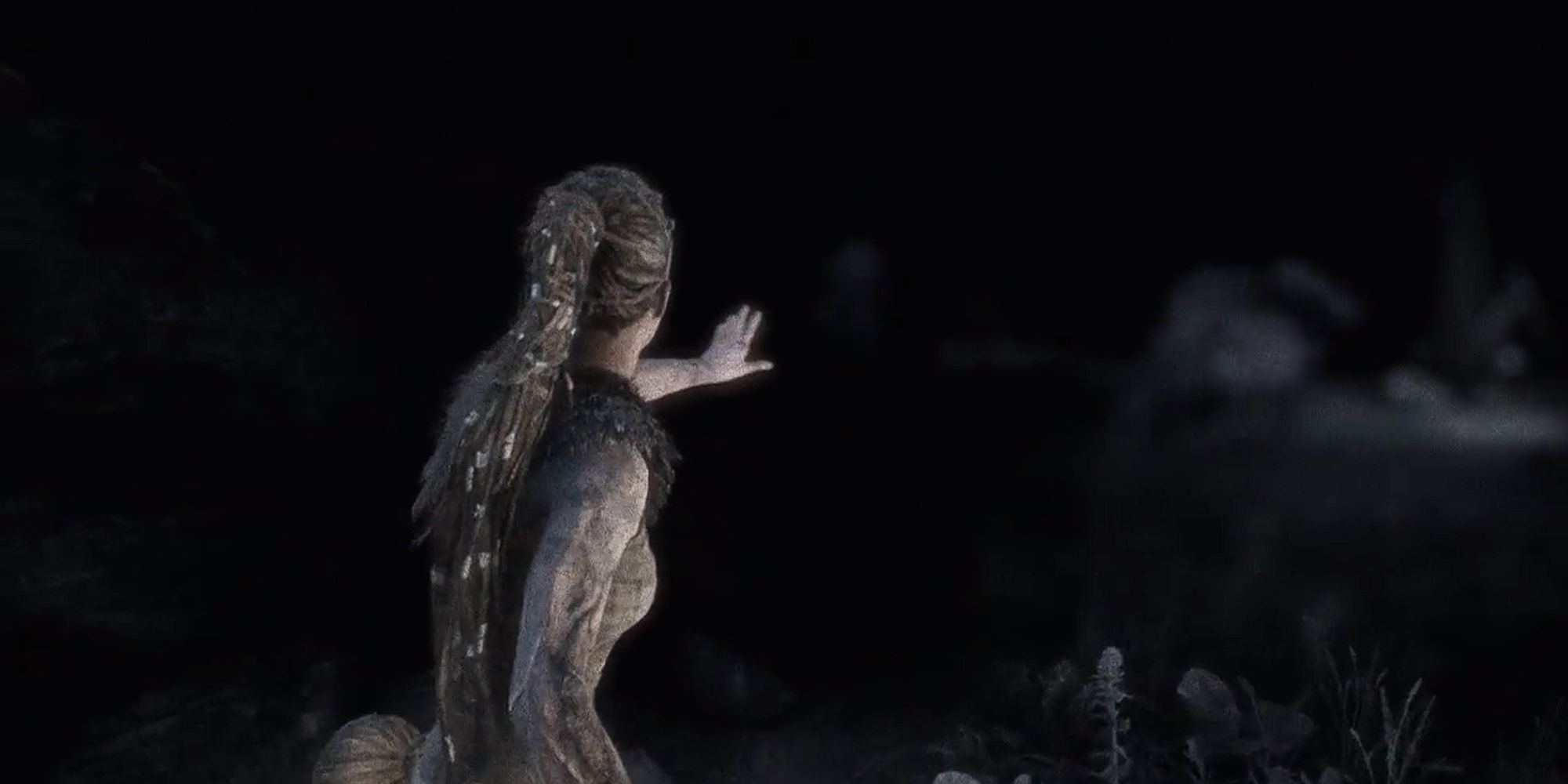 The Trials of Odin are already creepy in their own right, but The Blindness Shard Trial is just downright scary. That is saying a lot because Hellblade: Senua's Sacrifice doesn’t shy away from unsettling sequences. To get through this trial, you have to reach the end without alerting the monsters all around you.

You can barely see anything aside from blurry figures in the distance, and you have to rely mostly on audio cues to traverse the level safely. As much as Dillion’s guidance can provide some comfort, it’s still a tense and eerie experience to go blind in a hostile environment. You have to listen intently, even if literally every bone in your body tells you not to pay attention to the scary sounds all around. 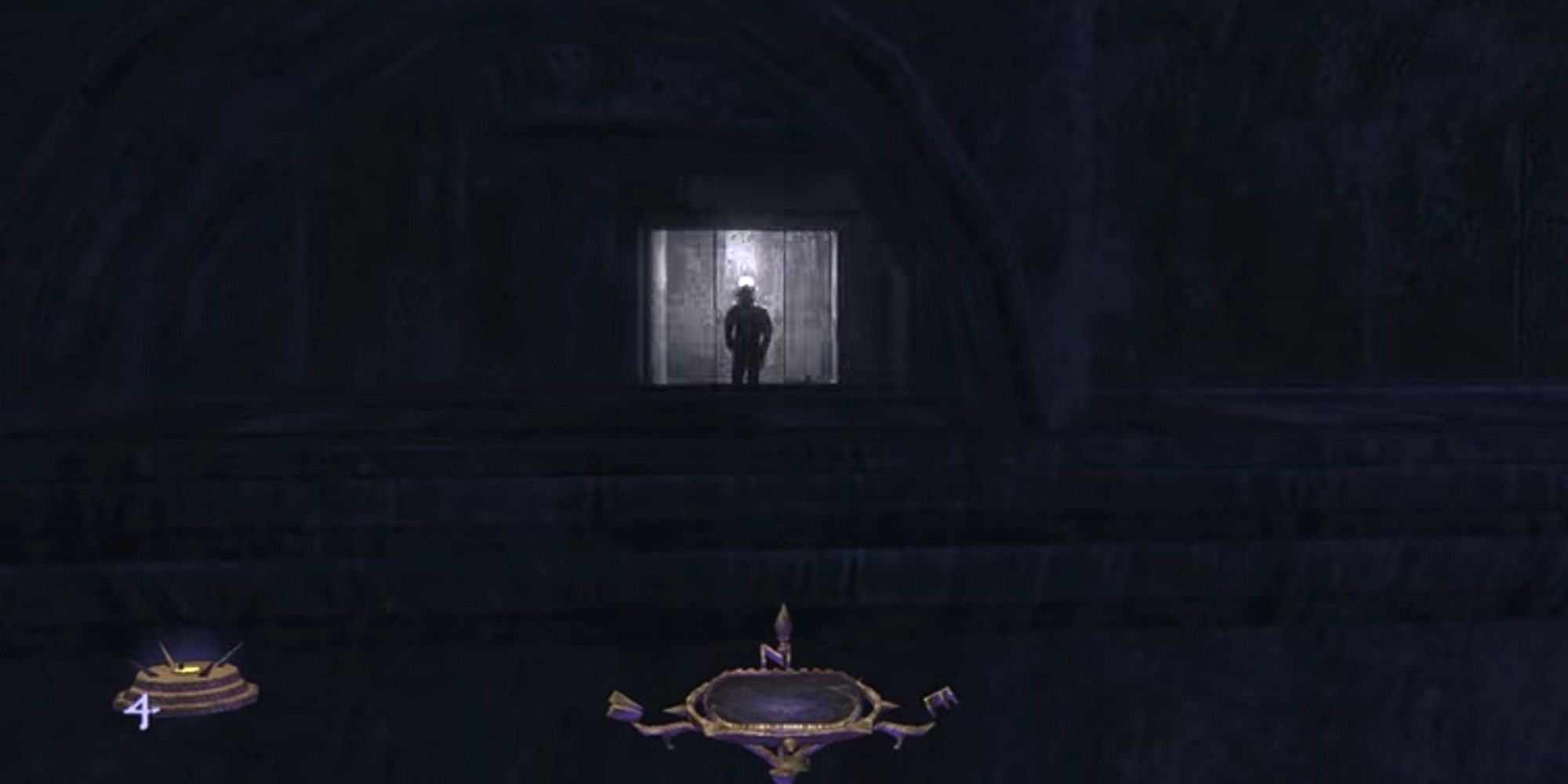 In the Thief series, the shadows are your friend. This is how you make your way through the world unseen and get what you need to do. When you are in the Shalebridge Cradle in Thief: Deadly Shadows, the shadows become decidedly more intimidating.

The sound design does wonders in making you feel increasingly uneasy, with haunting moans, restless winds, dripping water, footsteps, and hellish echoes relentlessly following you. The former orphanage and asylum are also menacing in appearance, with hauntings and violent Puppets abound as you try to help a spirit go free and escape the same fate.